During 2016 Shimano introduced its IOS app for phones and tablets, compatible with XTR and XT Di2 mountain biking components. Now Android users can also download the apps, which are now compatible with all Di2 components, including the latest Shimano Dura-Ace Di2 (R9150) components. 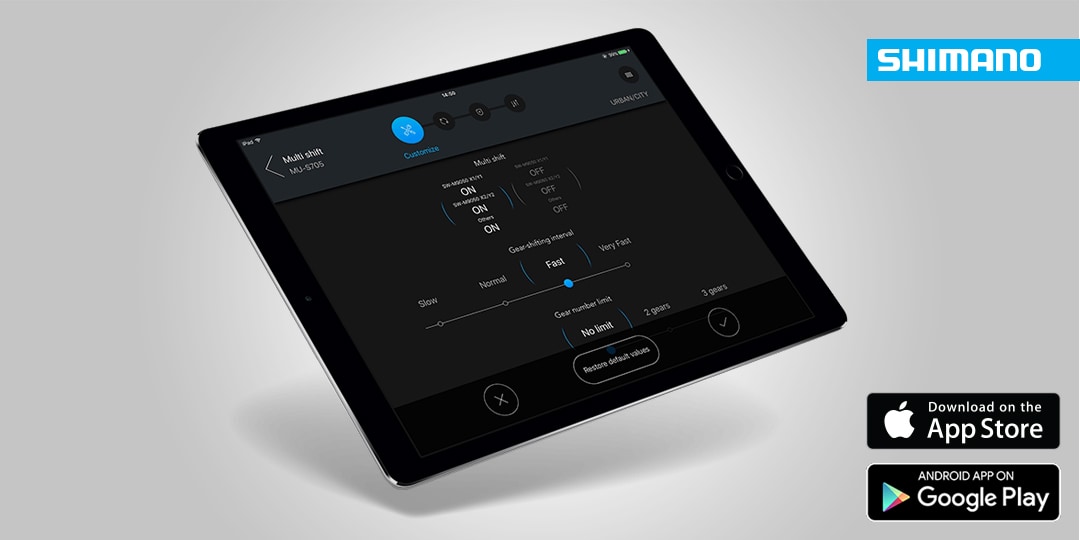 On the road, controls for Shimano’s Dura-Ace and Ultegra Di2 groupsets are provided either by the shifter buttons behind the brake levers (electronic + hydraulic braking or electronic + mechanical braking), or satellite TT/Tri and climbing buttons. Additionally, the top hood buttons on Dura-Ace Di2 shifters also offer groupset controls. 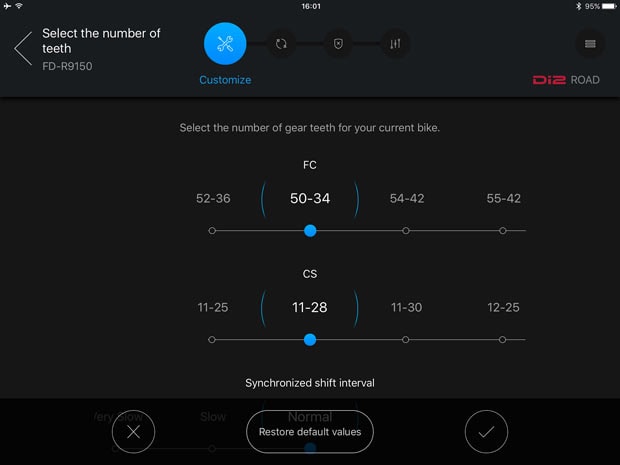 Some recently added capability now allows the top hood buttons on Dura-Ace Di2 levers to be programmed instead to control third party devices, for example, scrolling through cycle computer menus or turning lights on and off. This functionality on third party computers also allows users to easily see system information about their Shimano components such as the level of Di2 battery or which gear they are in. These functions can be programmed through the app or through the PC software.

Furthermore, through the app, users can change system settings such as shift speed, multi-shift options and Synchro Shift mapping out on the trail.

What you need to take advantage of these functions:

To connect your groupset to the app or to third party devices you need:

The new E-TUBE app is available from Shimano’s website here. 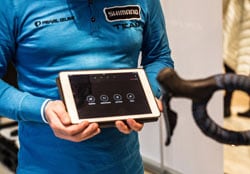 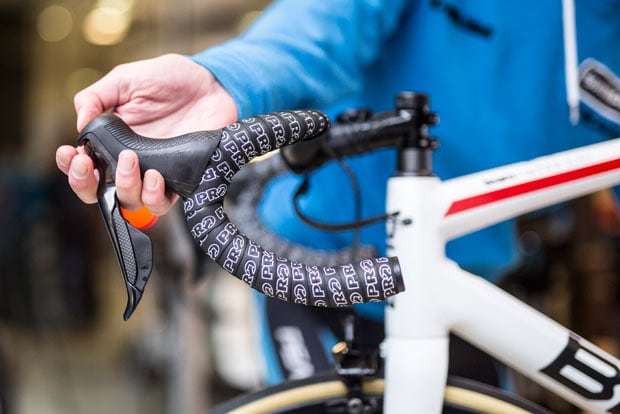 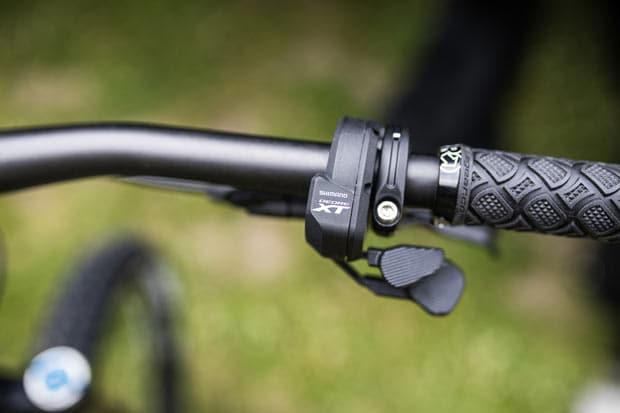