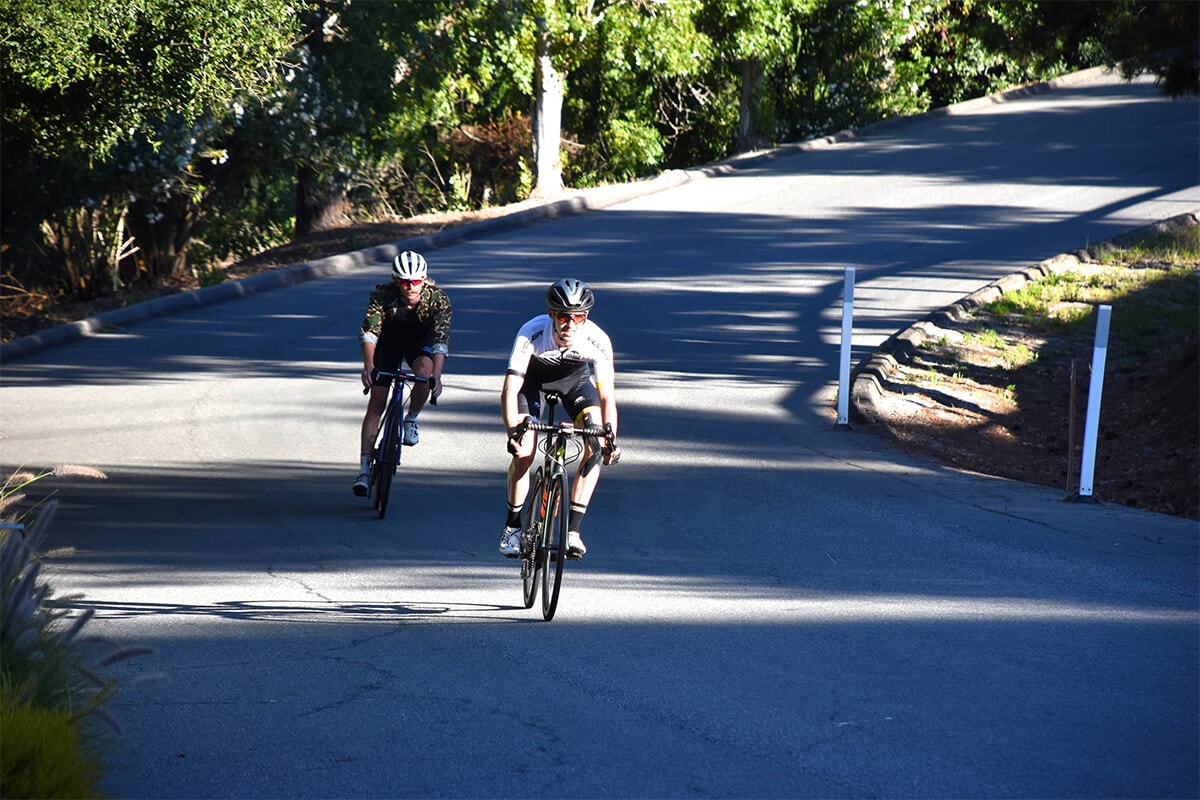 This July, I created a ride event to support the High Fives Foundation, a cause near and dear to my heart. The concept was simple enough; riders could donate $25 to High Fives and then go for a big ride to raise awareness. Signing up for the event earned them their first entry into the event's raffle, and then for every 1,000 feet of elevation gain they logged during their ride, their name would be entered in a raffle again.

We had amazing prizes from a bunch of sponsors, but Shimano stepped up big time with RX8 gravel shoes and PRO Discover bags for the raffle. On top of that, we had a grand prize of a new Dura-Ace Power Meter Crankset for the rider who logged the most vertical ascent during the challenge.

For the event, I hoped we'd collectively climb five times the elevation of Mauna Kea for a total of 167,500 feet of elevation. While we smashed this goal and summitted Mauna Kea 19 times, one rider went above and beyond this group challenge. Colin Patterson of San Luis Obispo broke the 24 Hour Climbing World Record as part of our event. He climbed a staggering 68,633 feet! I couldn't believe it and had to hear more about this epic day on the bike. 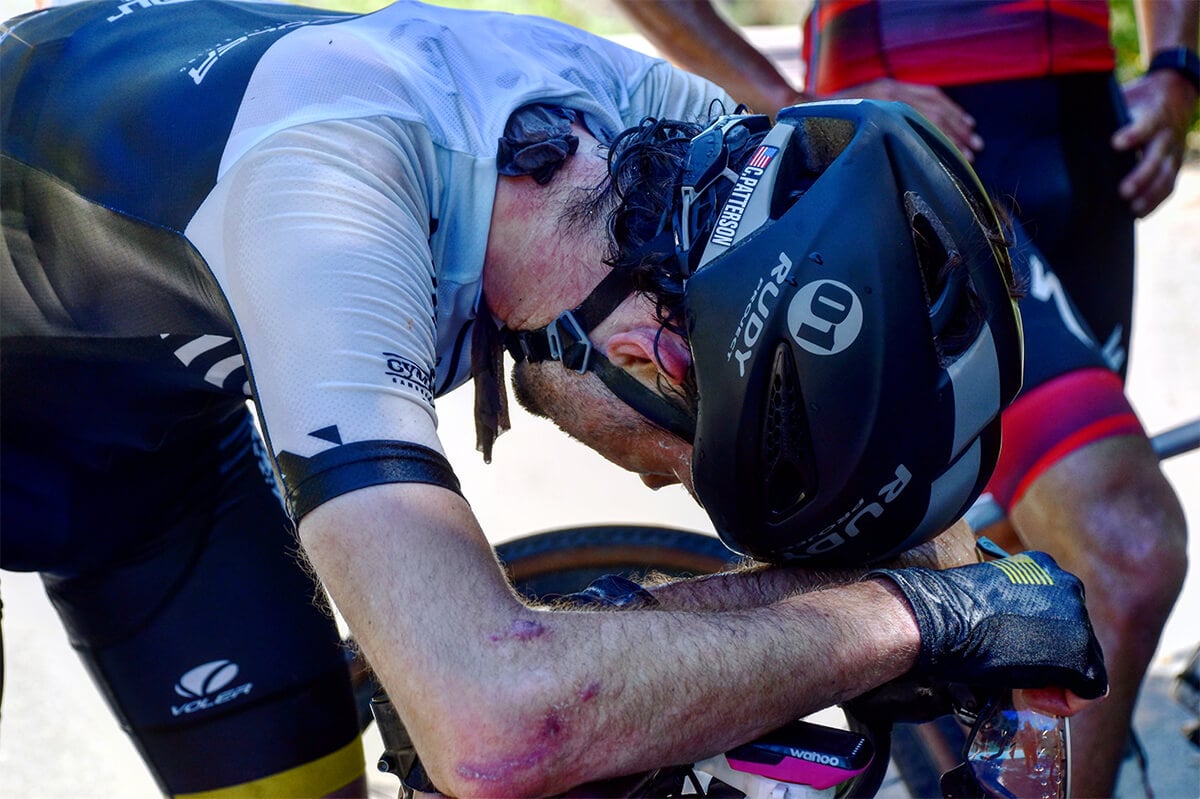 Colin, congrats on your 24 Hour Climbing World Record. I remember looking at my Instagram stories as I finished my Mauna Kea contribution and seeing a message that you'd already Everested and were going for more. My eyes widened. Was this something you'd already had your sights on and the Mauna Kea Challenge was just the cherry on top, or was it a spur of the moment decision?

It was very much a spur of the moment decision. I learned about the Mauna Kea Challenge and fundraiser through some teammates. Two days before the event, one of them suggested I go for the 24-hour record. Having done a relatively fast Everesting not too long ago, I was not keen on the idea right away. Eventually, I figured if I were ever to do it, I might as well do it when I could help a good cause and potentially win something out of it. I am also signed up for the 24 Hour World Time Trial Championships in October, so this would be a good opportunity to see how my body would react to that long of a ride. 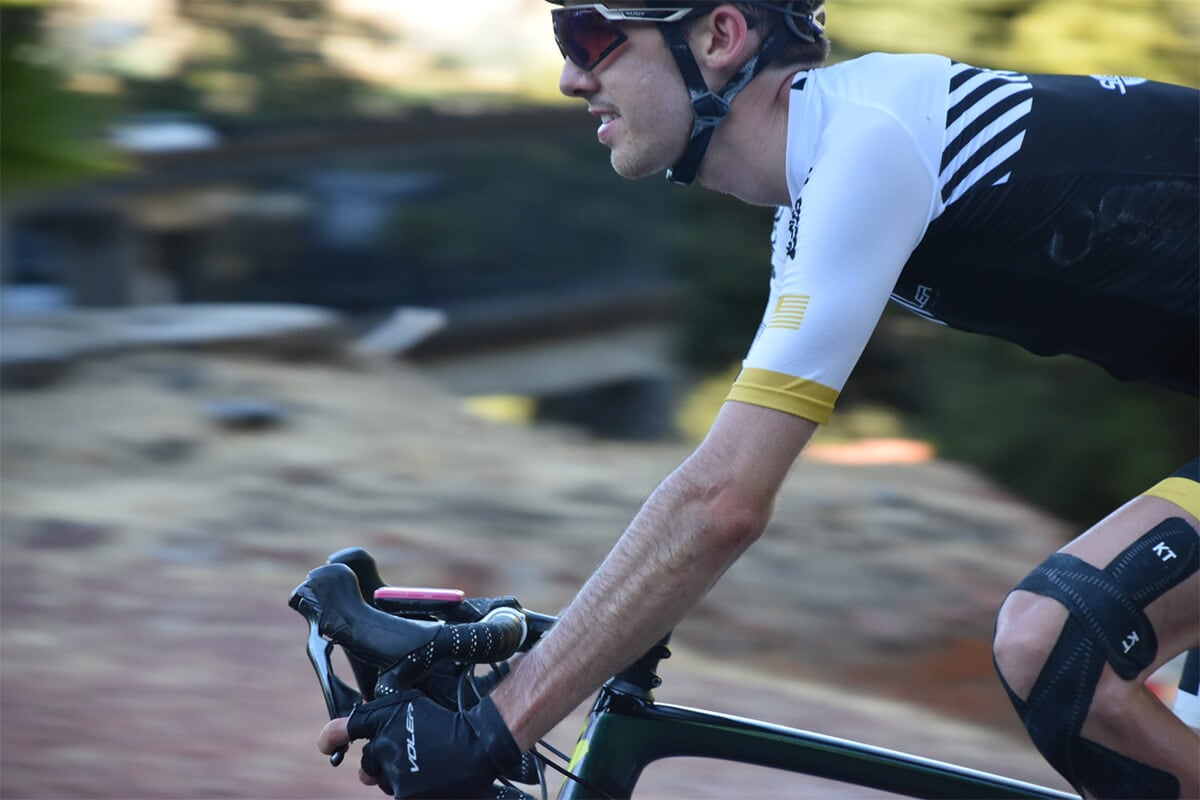 As the rider who climbed the most, you took home the grand prize of a Shimano Dura-Ace Power Meter. Have you trained with power before, and if so, did you record power for your attempt? Can you share a few of those numbers with me?

I do train with power. I am maybe overly reliant on it sometimes. For this ride, I knew I would really have to focus on not going too hard early on or at all. But at the same time, I could really only go so easy on this steep of a hill. My fastest time up the 0.36 mile and 15% grade hill was 4:52, which I did about 18 hours into my ride. I averaged 249 watts up it that lap.

What was your gear ratio for all that vert?

I used a 48/32 crankset and an 11-32t cassette. This is the lowest gearing I have ever had on a road bike, and it was still not enough. It would have been nice to have a 30 in the front or a gravel or mountain cassette so I could spin a little more. I average 56 rpm, which did not do my knees any favors. At the turnaround at both ends, I would make sure to spin as much as I could for a moment to loosen up what I could. In the end, I felt like my knees were giving out before my muscles did

One thing I don't envy was all the repetitions. I'd go crazy with boredom. How did you keep yourself entertained?

After Everesting on a longer climb (still only about 10.5 minutes long), I wanted to mix it up. I felt like the shorter laps would actually make it go by a little faster because I would lose track of what number I was on. It was also a climb I had done maybe twice before, so the scenery was all pretty new. Most of the time, I would try to zone out and not focus on anything in particular. Other times I was trying to do the math in my head to figure out what pace I was doing. During the early and late dark hours, I was just focusing on not hitting anything, but I now feel like I could climb and descend that whole segment with my eyes closed. For me, once I begin thinking about food more than the ride itself, I know it's about time to be done. 16,000kj is a lot of calories! What were you dreaming about? What was the post-ride feast? It was midnight, so maybe you just had to order the entire menu at the nearest fast-food joint!?

I tried to do as much solid food as I could early on and for as long as I could, knowing that I would only be able to stomach lighter, sugary things eventually. Towards the end, I knew I needed to eat, but I felt full and nothing sounded appetizing. I somehow managed to stomach a few slices of pizza with four hours to go. When I finished, some of the neighbors on the road came out with some cake, which was very generous. I ate a little bit of that, but as much as I wanted to eat more, I was too tired to eat. Also, after all that sugary stuff, I wanted something a little healthier. Usually, I would go for a milkshake or pancakes, though. 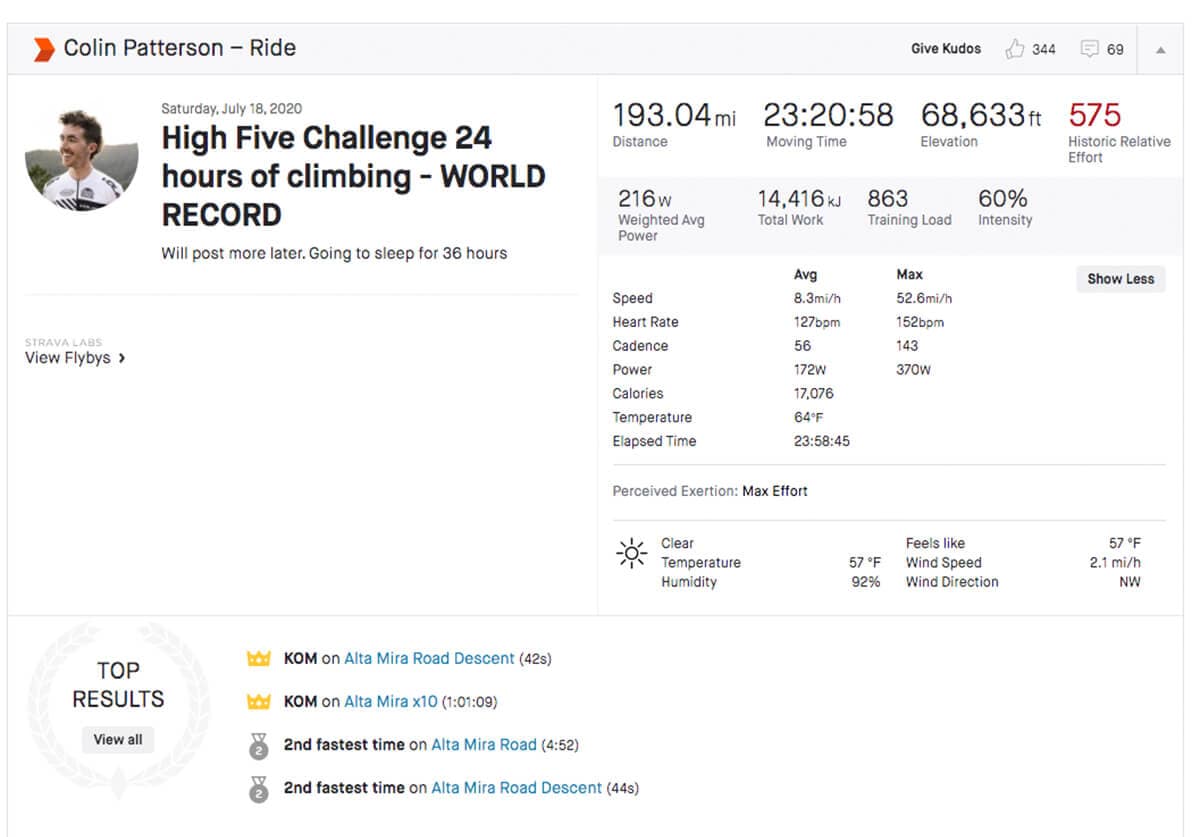