The Alpha Bicycle Co. Groove Subaru CX Team is a Colorado-based team with the focus of finding and developing the next generation of up and coming cyclocross athletes. Owner/ Team Manager Adam Rachubinski talks about the team and their recent experience at the 2019 Pan American Cyclocross Championship.

When we had the idea to create the Alpha Bicycle Co. – Groove Subaru Cyclocross Program, it started with the mission of providing young, talented riders with the professional level support in an effort to help bring them to the top of the sport and just as importantly develop them into to well-rounded young adults that are able to carry themselves in a mature manner and learn to communicate effectively with not only their peers but also mechanics, media, and in day to day life outside of sport.

What started with one rider in Fall of 2014, became a handful within a season. We set goals, created a plan, then we all learned through experience. An education at the School of Hard Knocks. Together we got better at every opportunity. We made dimes into dollars. We made it happen with an unparalleled passion for cyclocross, a love for our riders, and a focus on that original mission.

I remember standing in the pits as Gage Hecht crossed the line to win his first C1 race at Cincinnati Cyclocross in October of 2018 and hearing Dave Towle announce emphatically “This team has gone from being one of the top under 23 programs in the country to just being one of the top teams in cyclocross. Period.” That was the reassurance that the system we have created works and it was being recognized by the community. That was one piece of an unbelievable year including 10 UCI Elite victories by 3 teammates at an average age of just 19 ½ years old. Our mark had been made. 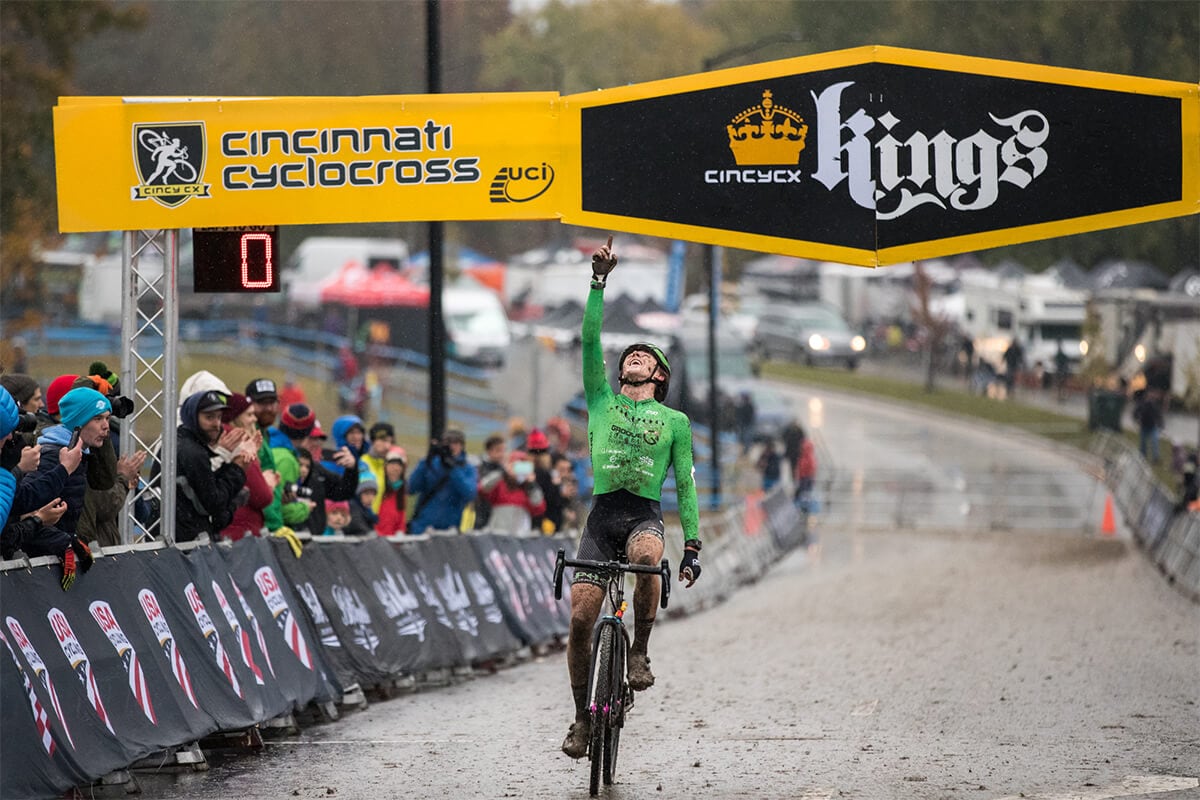 You see, we helped cultivate these riders before they were household names of cycling. When their idea of moving on to a “Professional” team was just a dream. Gage Hecht first signed on with the team at 16 years old. Katie Clouse came aboard at 13 years old. At 17, Brannan Fix hadn’t even been to Europe to line up against the World’s best yet. Our eyes told us just how talented they were at a young age and our hearts led a drive to create an environment that they could succeed in. 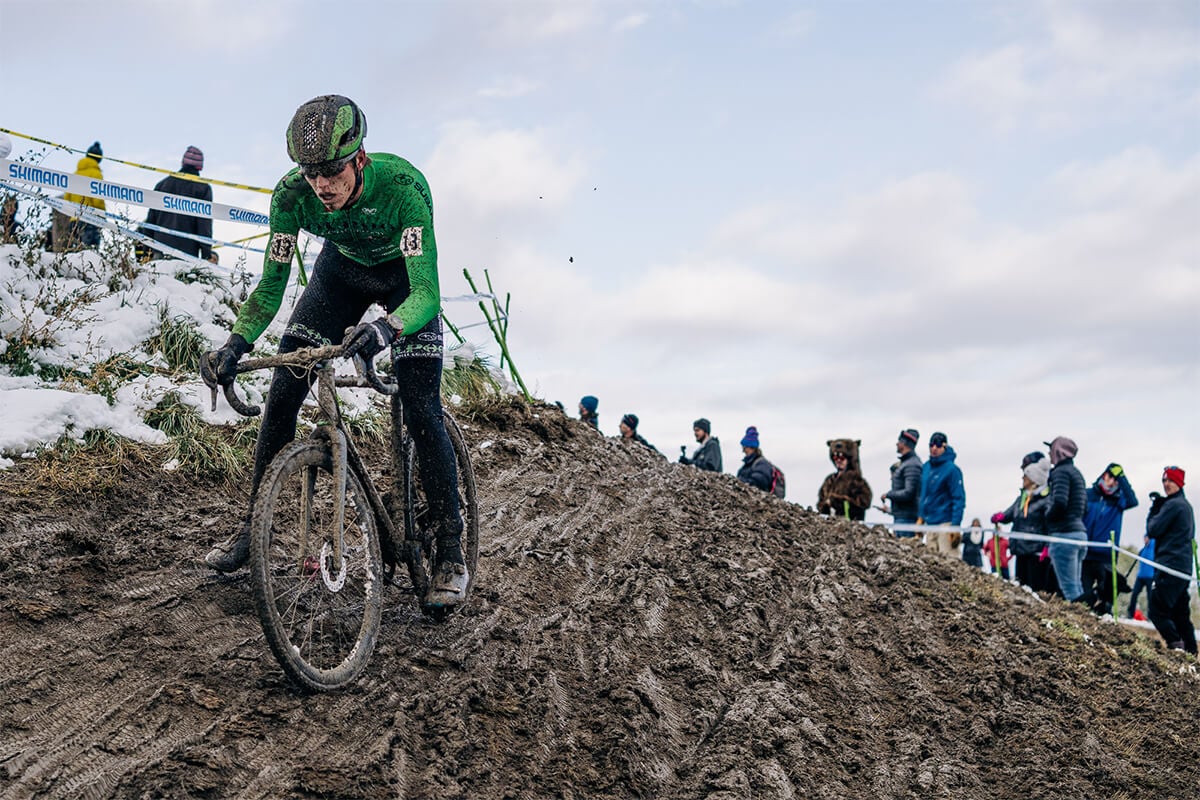 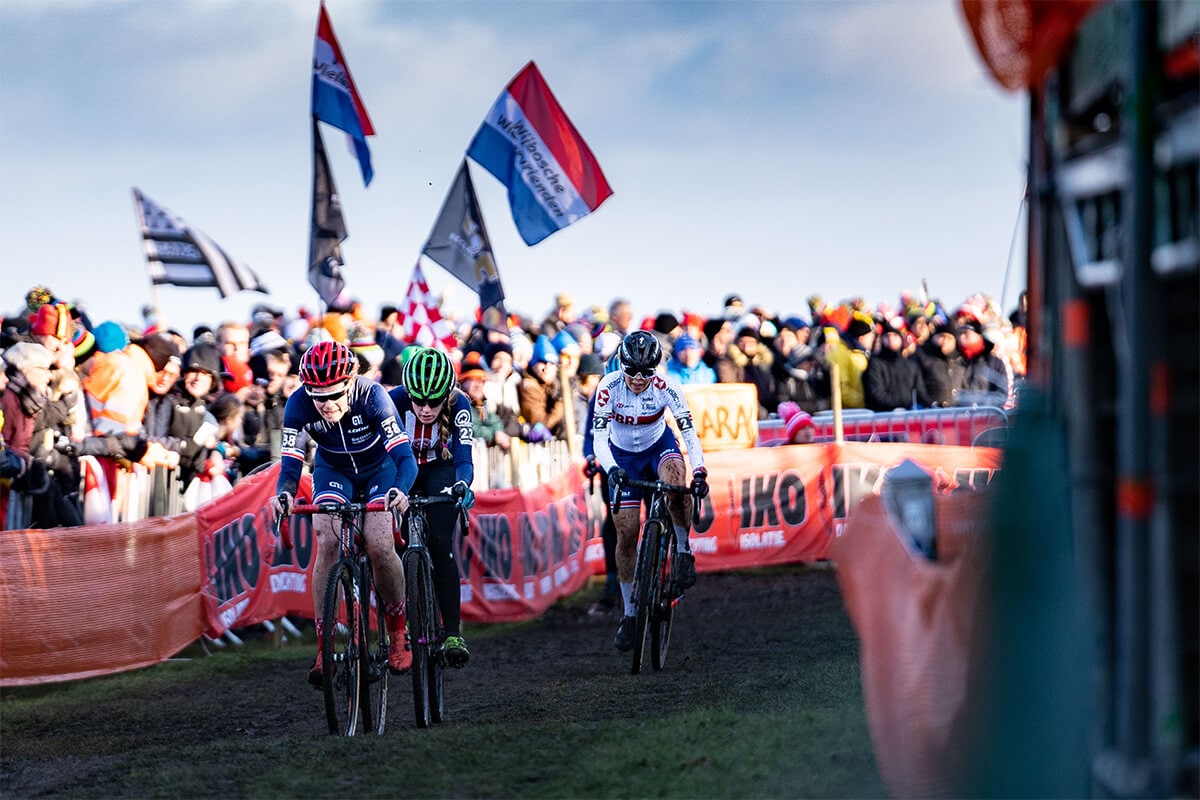 With those successes came the inevitable. Riders graduate and move on when the time is right. We reload with new young talent and approach their personal milestones with the same vigor as each of those UCI Elite wins or National Championships of years past. Any elite level team can go out and recruit top level, established talent. The journey is so much more rewarding when you actually develop talented riders from a young age.

This past weekend at Pan American Championships, it gave each of our riders a unique opportunity to exclusively race their peers. To own the spotlight that often isn’t shined in their direction. The brutal reality of cyclocross is that on a weekly basis 16-year-old Lauren Zoerner lines up in the same start grid as 15-time National Champion Katie Compton. Let that sink in a bit. Lauren was not even crawling yet when Katie Compton won her first National Championship. In cyclocross, most times young racers compete against riders twice their age with a maturity, depth of fitness, and experience level that is all but impossible to match. That’s why for all young athletes it’s important to measure progression by what you see, not what the results sheet says or how many times you see them in a magazine. 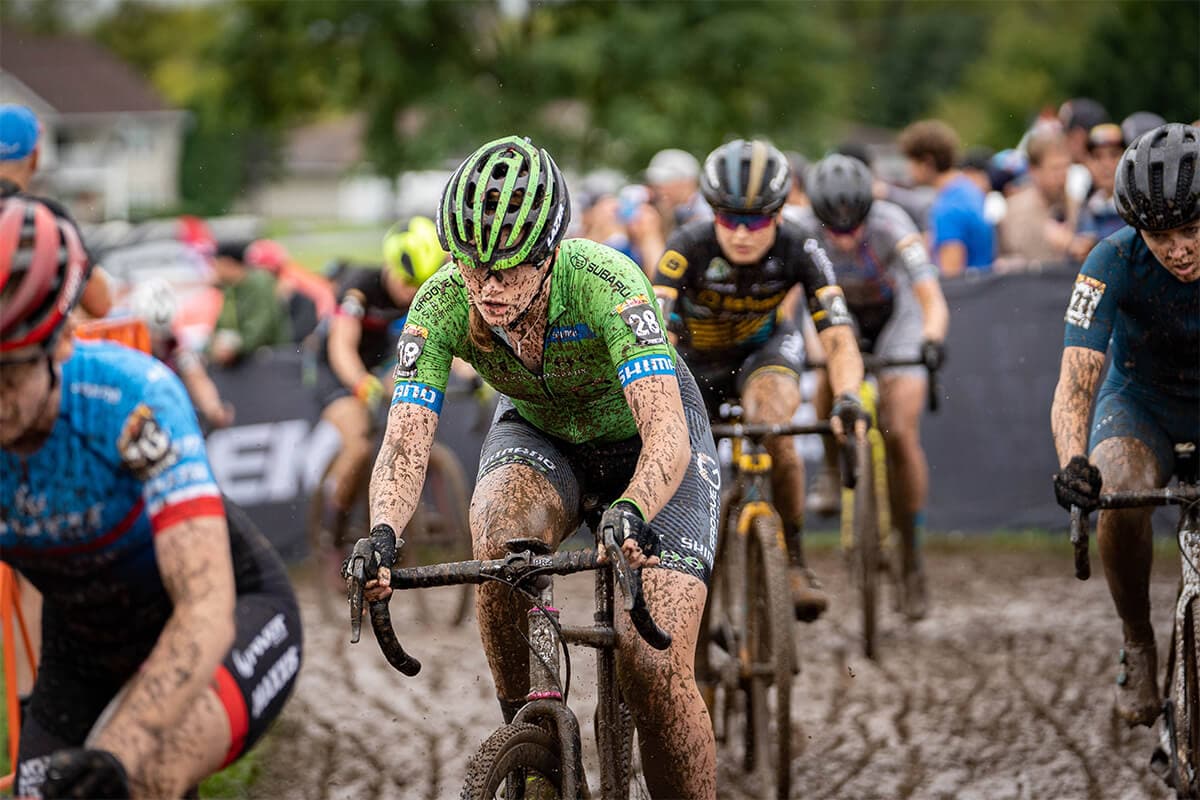 When lining up against her peers, Lauren earned herself a bronze medal in the first ever Junior Women’s Continental Championships! But perhaps more importantly, her preparation is more refined and focused, she’s learning to push further beyond what she once thought were her limits, and the gaps to the front of the race are shrinking very rapidly. Lauren started with our junior program when she was only 7 years old or so. We were there for those first dismounts and remounts. She’s is a product of the system and proof that with great young people that system is continuing to work. 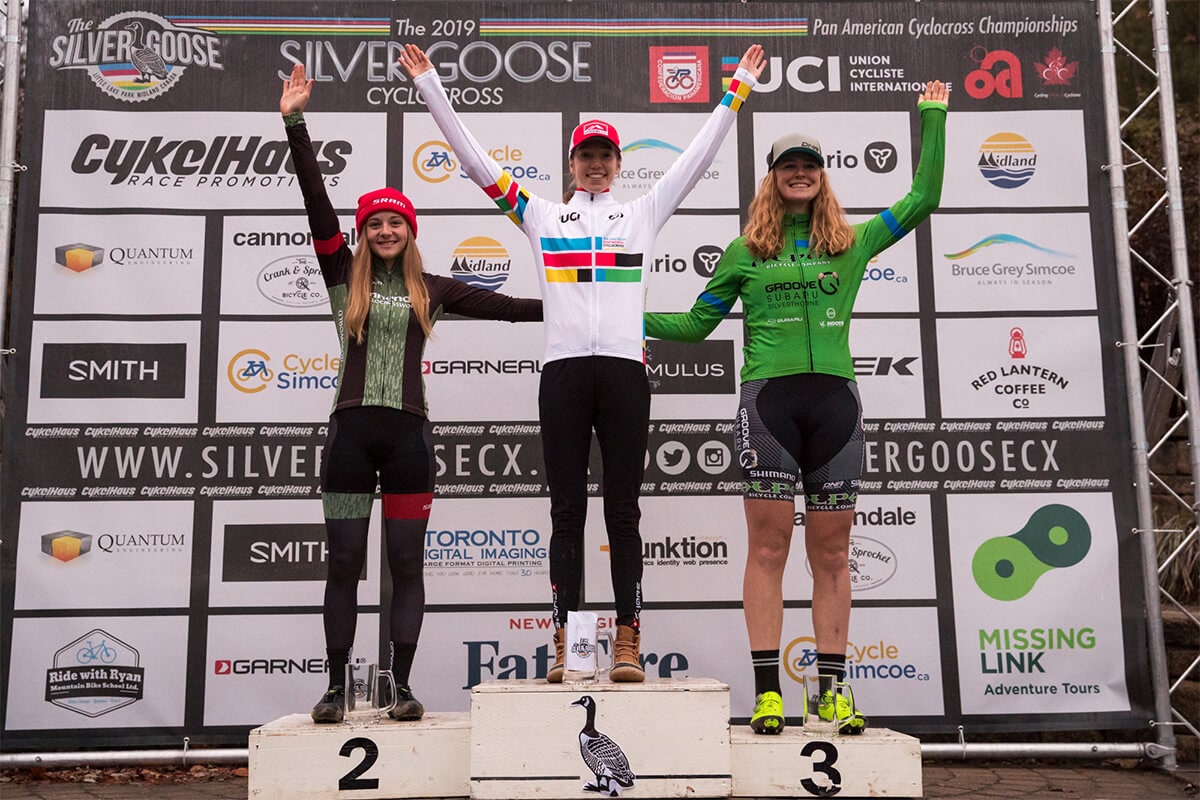 Turner Ramsay came to our team after being a cyclocross transient of sorts. Always stopping in to say “Hi!” as we crisscrossed our way across the country as a young team. When the time came to fill a roster spot, Turner was on the short list. We had the hard discussion that to reach her maximum potential with our team, there was going to have to be a separation from her family and home in Vermont. It took planning, buy in from Turner and her parents, and a trust that Colorado and our program were the right place for her. Turner believes in the family atmosphere we have created and even spent most of her summer in with the team to hone her craft. 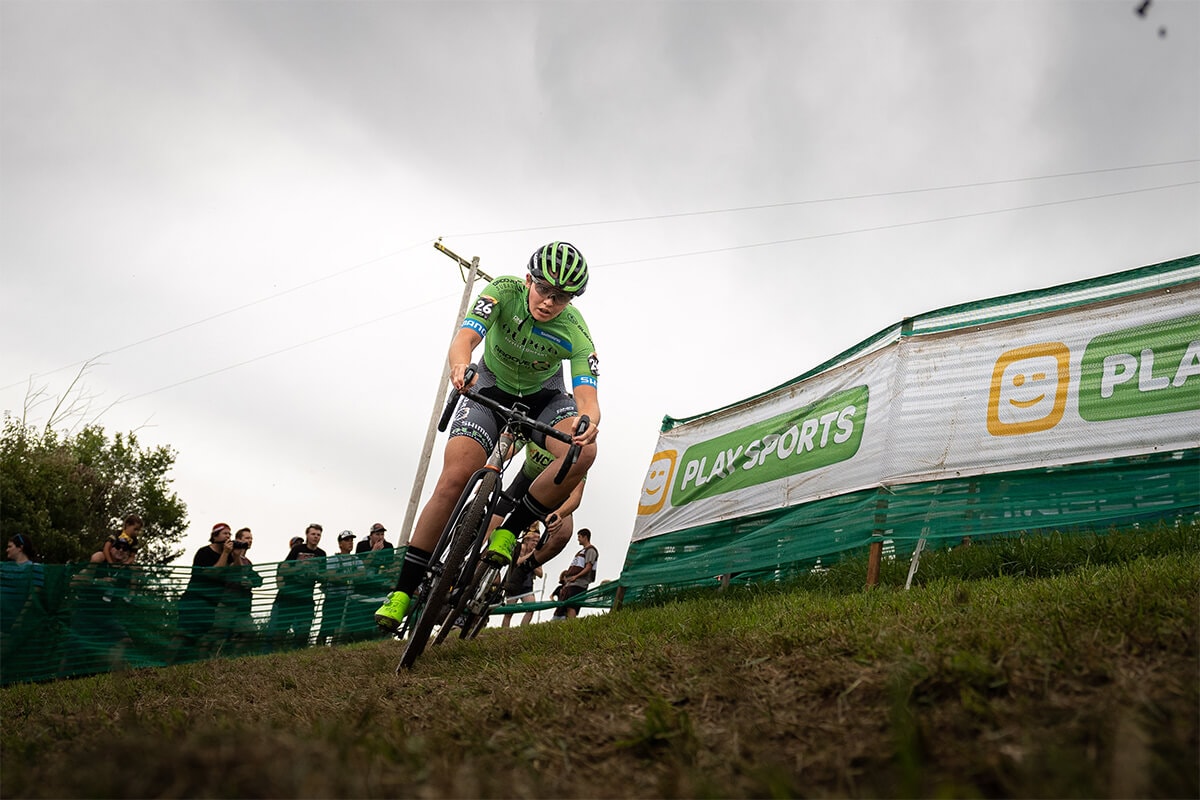 In Turner’s first year with the team, we celebrated those first couple of UCI points that are so coveted in a young rider’s career. As of today, she is ranked 163rd in the world with 62 UCI points, has been selected to represent the United States in 2 Elite Women’s World Cups and has her eyes set on the upcoming World Championships in Dubendorf, Switzerland. 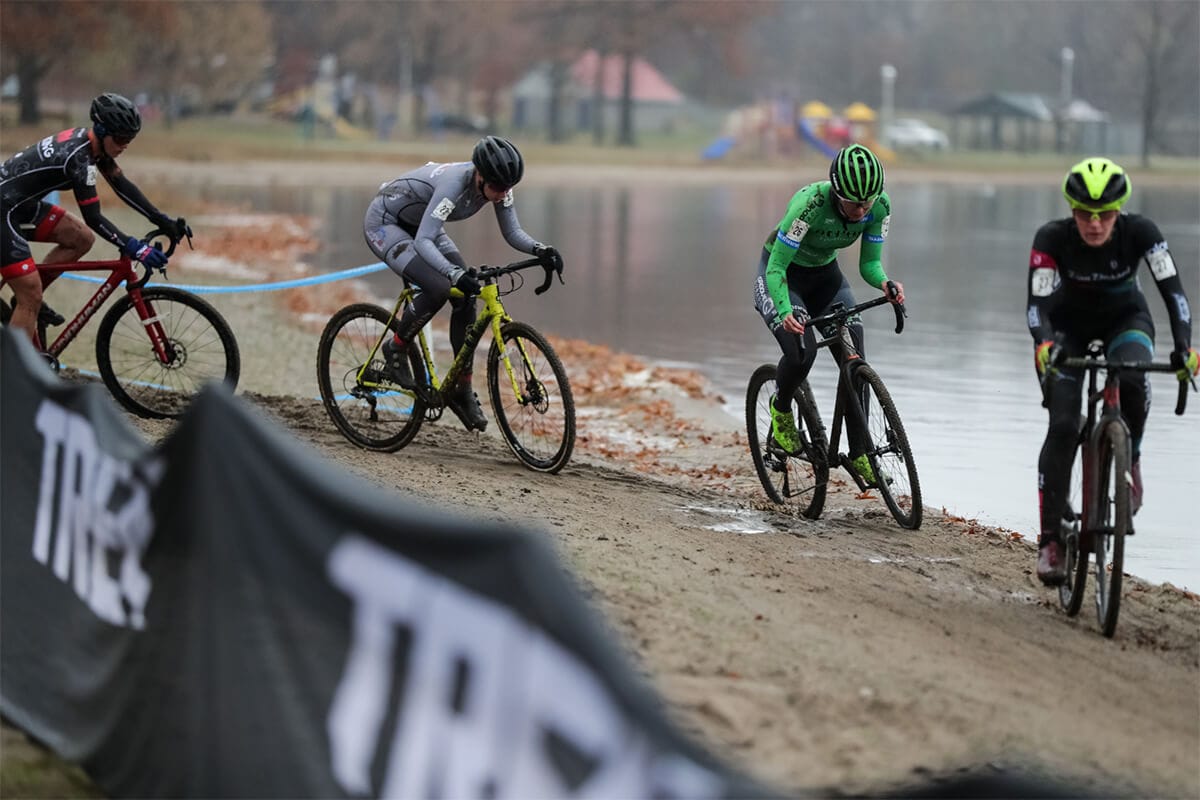 At Pan American Championships, Turner improved from 13th last year to 7th this year. That is an important measuring stick. Just as important she was the second teenager on the results sheet with most in front of her being in their early 20’s. Progression generally happens in big jumps with young athletes and those couple of years make a huge difference. We can’t wait to be a part of Turner’s development for years to come.

Ross Ellwood is the newest athlete to join our team. Ross came up locally with great organizations such as Boulder Junior Cycling and moved on to the Boulder Cycle Sport team alongside top level talent including his older brother. This has given us the opportunity to watch his progression over the years and get to know Ross as a person. What has always stood out is Ross’s even keeled personality and just how good of a person he is. Always willing to help and be there at the drop of a hat. This is a testament to his upbringing and the teams that he was part of previously. This goes back to the team’s original mantra of developing well rounded humans. It so much easier when, like Ross, there is a solid base and work ethic.

That work ethic alongside Ross’s technical skills are what made us know that Ross was right for the program. We now work to support him while refining those skills, race preparations, and execution as he matures. 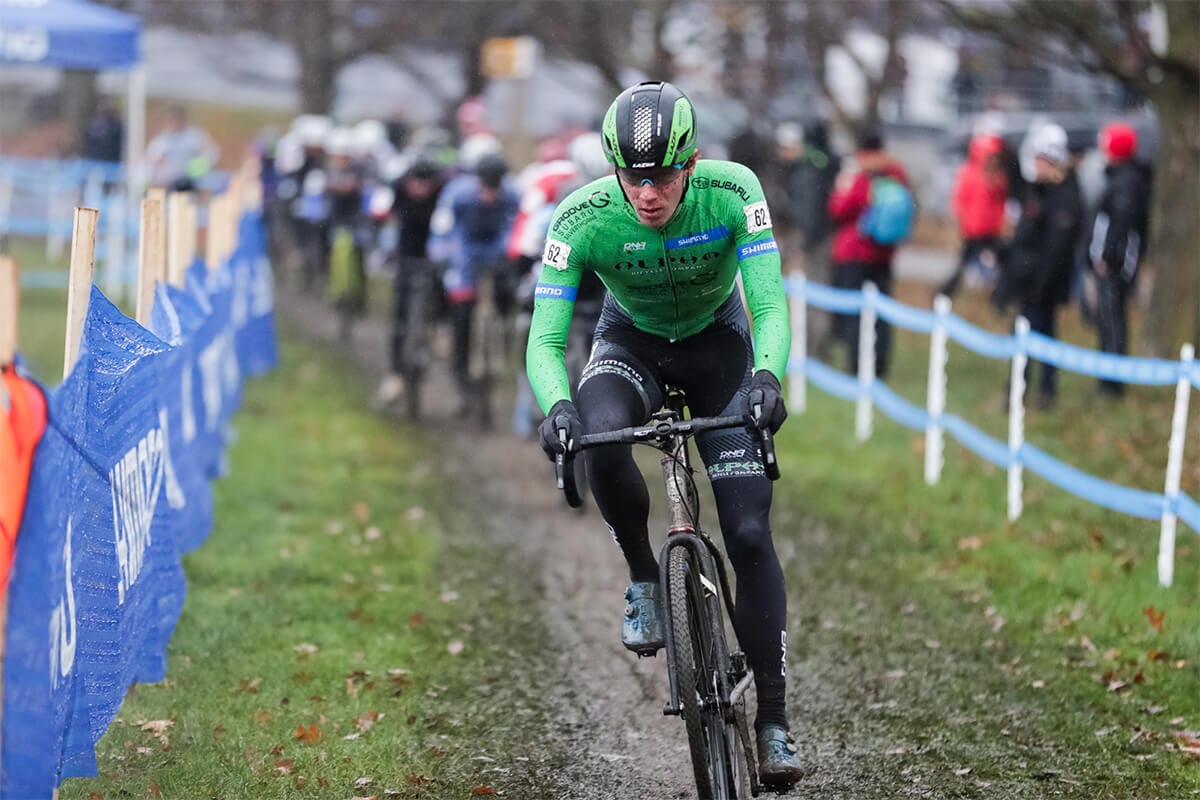 At Pan Ams, Ross had the goal of placing in the single digits. We hoped for a top 5 but knew that all the fastest riders on the continent would be in attendance. He placed 9th! He left it all out there. It was simply a matter of where he’s at in his development. His skills are unbelievable. Now to develop that top end power and stamina.

2019 is Brannan Fix’s 5th season with the team. It also marked a new frontier for the team as Brannan is no longer a U23 but rather a first year Elite. Originally, we thought that as riders “aged out” of the younger ranks that would be the time for each to go our own ways. However, with Brannan, we realized that the development process wasn’t completed and there was still quite a bit of progress that we could help facilitate. In addition, Brannan is quite possibly the most prepared and self-analytical racer in the United States. We saw this as the opportunity for Brannan to be the team’s leader, both on and off the bike. This was his chance to make a name for himself rather than living in the shadows. 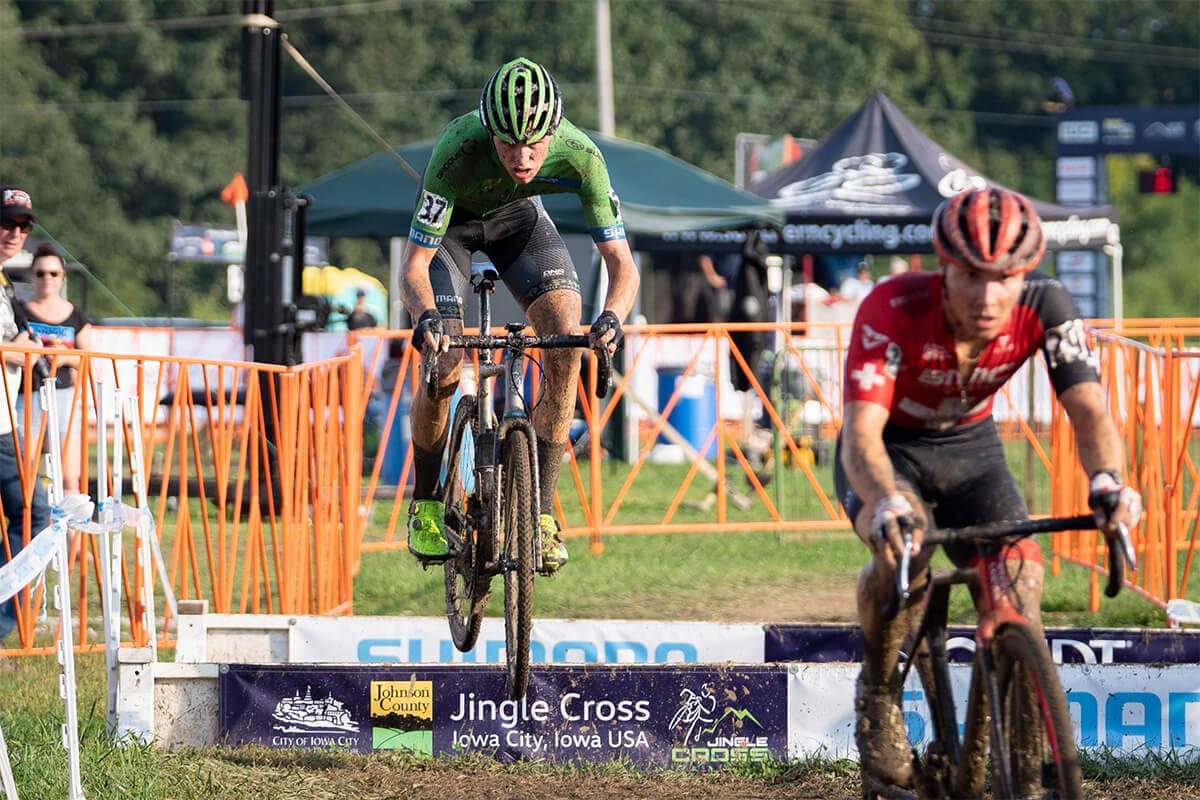 Brannan has seen a lot in his relatively young career. After he made the World Championship team as a junior and placed 15th in Tabor, the next season in his first race with the team he finished 3 laps down in the Elite field at KMC Cyclocross in Providence, RI. Our belief in him never wavered. Within 2 seasons he won himself a Collegiate National Title in dominating fashion and missed the podium of the U23 race in a sprint finish by a matter of inches. Along with that came the disappointment of not being named the Worlds team that year. But we kept working. We improved together. Before graduating the U23 ranks last year, Brannan notched himself his first UCI Elite win in Boulder, Colorado, then backed it up with a silver medal at National Championships and was selected to the World Championships team in Bogense, Denmark

In his first Continental Championship, Brannan had one of his best rides of the season. After some sporadic results due to a variety of circumstances, we made a plan and Brannan stuck to it. We set the goal of making the lead group when separations started to form. After sitting around 6th for a lap and a half the front two riders Kerry Werner and Curtis White, separated from the field. Brannan reacted and was able to bridge the gap! He held 2-3rd position for the next 4 laps or so. It was so impressive to see Brannan hold his own against North America’s best racers, regardless of age. He turned more than a few heads. In the end he paid for those efforts and faded back a few spots finishing 8th. More importantly was just how he handled both the mental and physical stress and executed his plan. Next time, maybe he’ll close out that last bit of the race. 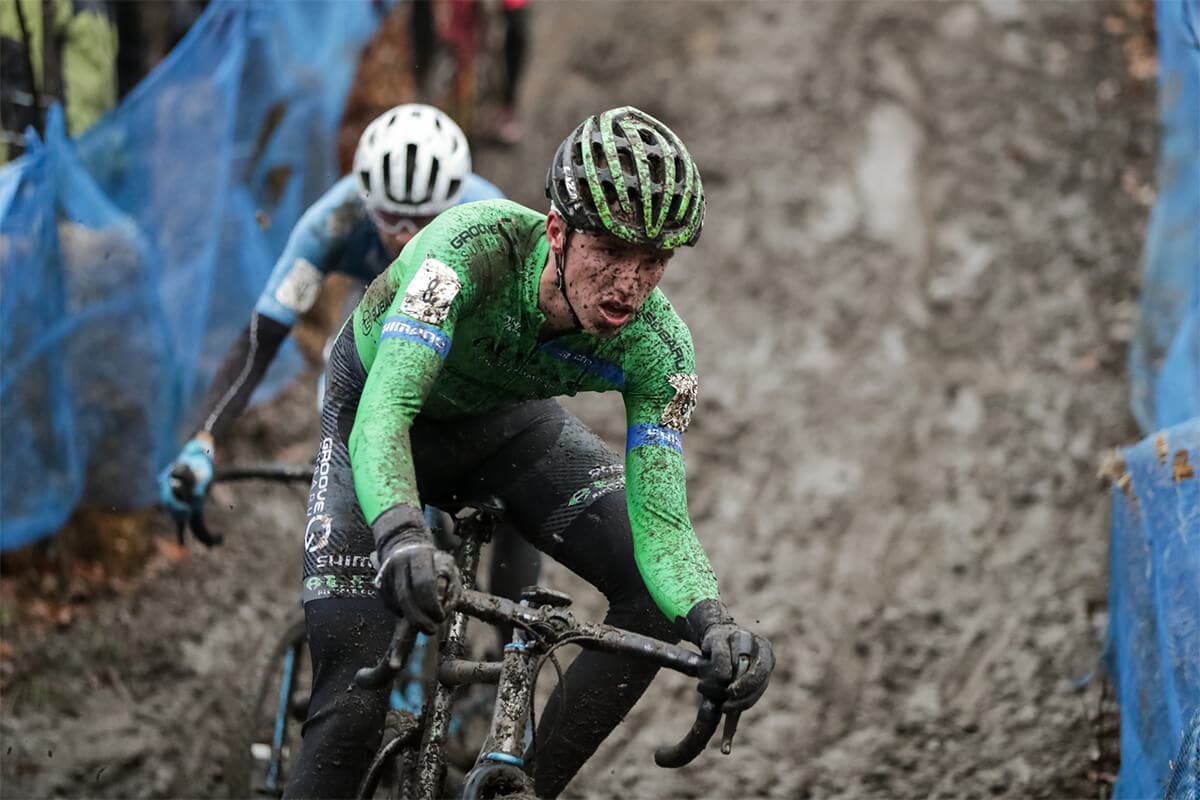 The recurring theme here is progression and development. First and foremost, this is a development team. We work extremely hard to give young athletes every tool available to reach the top end of the sport. It takes time. It’s not the easiest way to find the top step of the podium but a responsibility that we are extremely proud to be a part of.