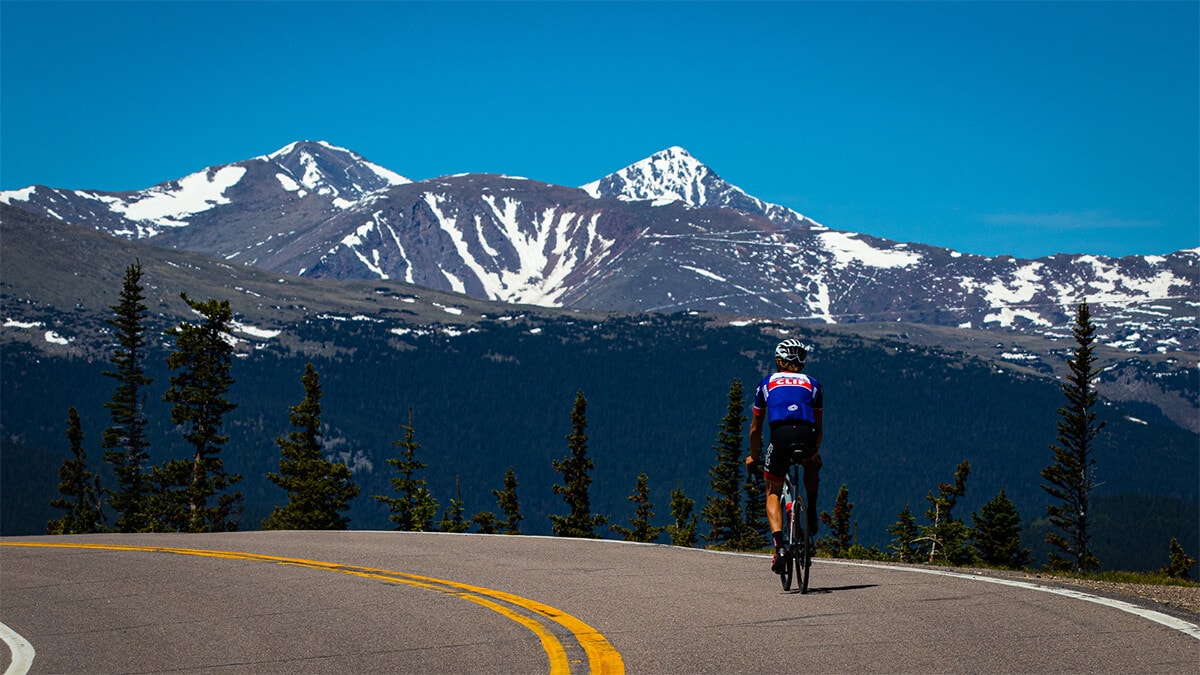 Topping out at 14,271 feet, Mount Evans is one of only two fourteener mountains with a paved road all the way to the summit. Riding to the top of this massive peak is a serious task with limited oxygen and volatile weather conditions. This June, Russel Finsterwald of the Clif Pro Team set out with close friend Kalen Beisel to not only tackle the massive Mount Evans climb, but ride a total of 240 miles from Colorado Springs to the summit and back. 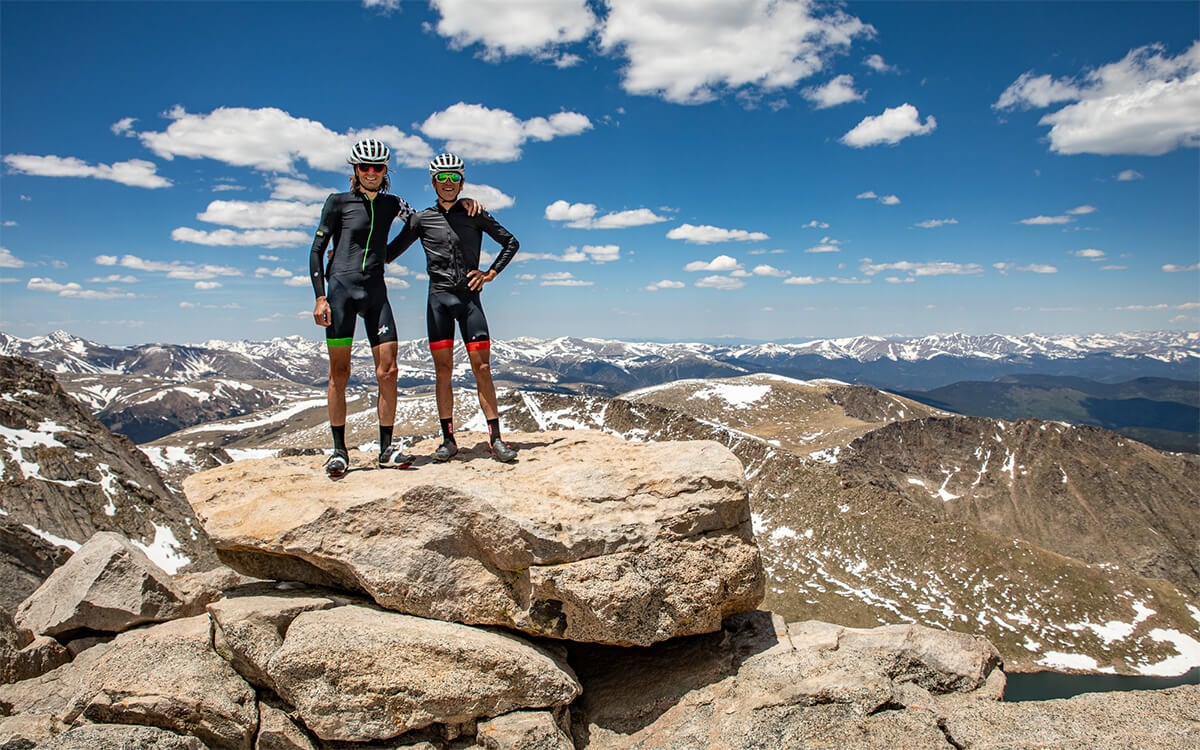 “Without much racing on the calendar, I wanted to take on a challenging adventure as something to keep me motivated and test my limits on a bike,” said Finsterwald. “Originally, I thought about taking on an Everest challenge, but for me, the idea of repeatedly riding the same climb didn't sound too appealing. I wanted to go somewhere, I wanted to see new horizons, and I didn't want to have my car at the bottom of the hill as a potential bailout." 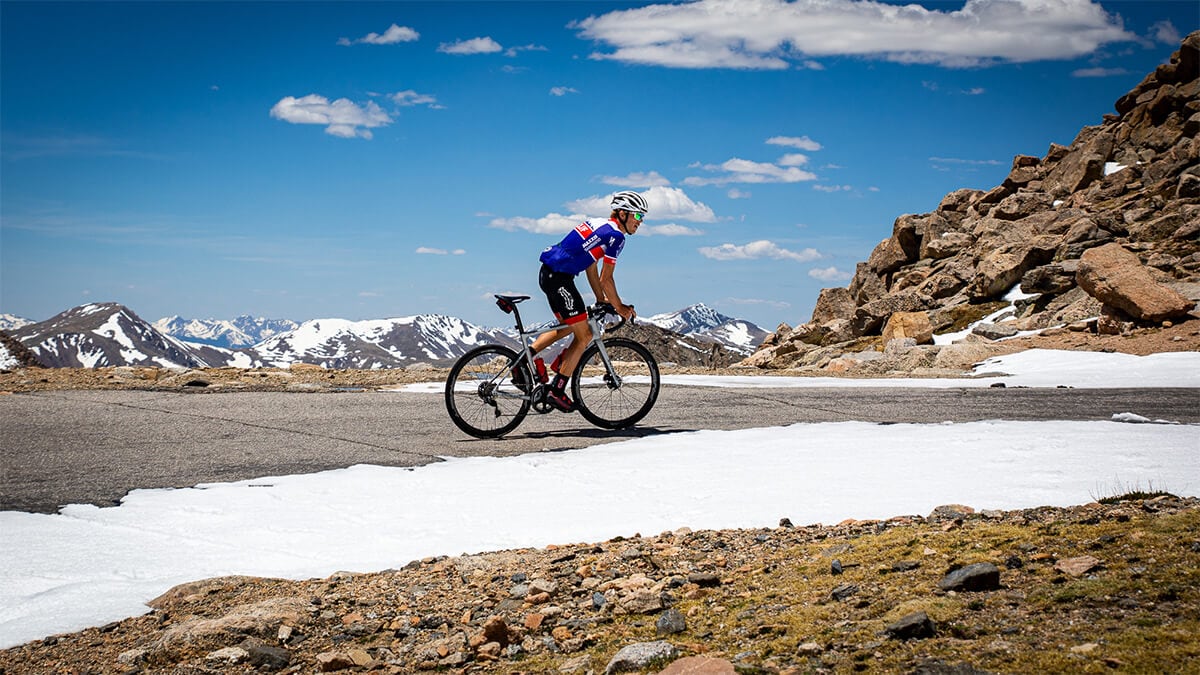 U.S. Marathon National Champion Finsterwald has bagged 40 out of Colorado's 58 fourteeners, or peaks above 14,000 feet in elevation, and plans to complete all of them in the near future. 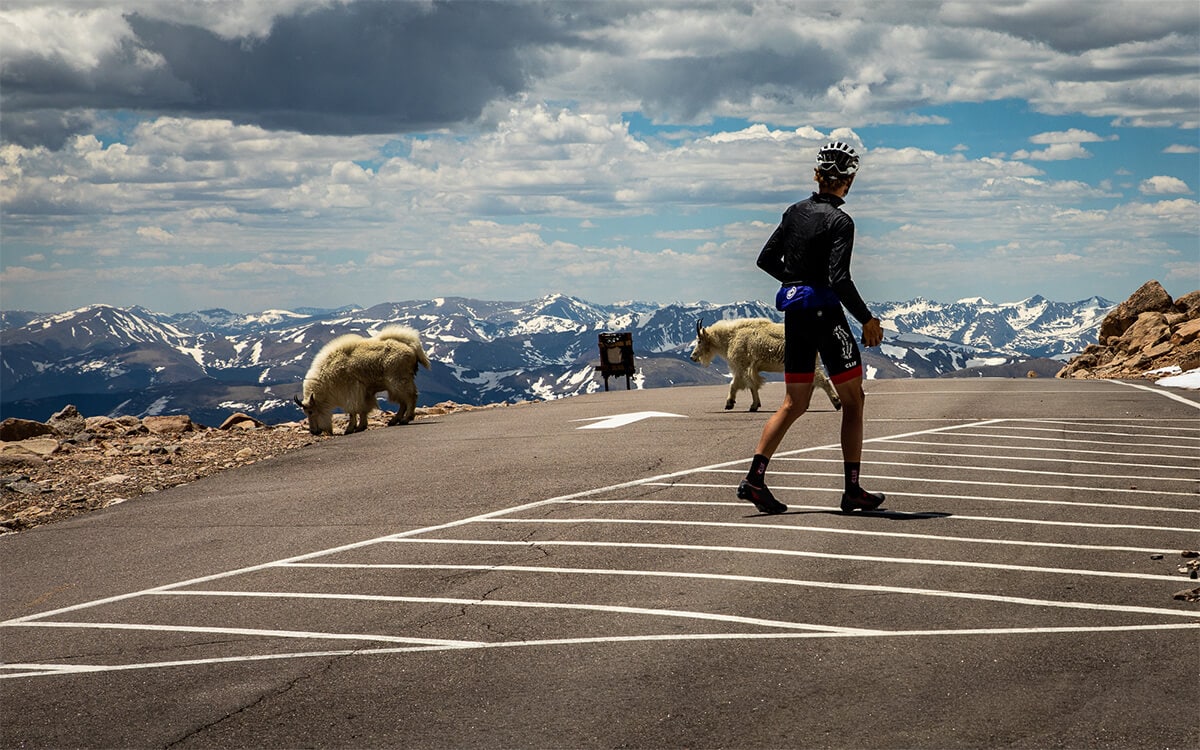 "I built some massive rides on Strava, and eventually set my sights on riding from Colorado Springs to the summit of Mount Evans and back," Finsterwald said. "The route was daunting as it had more climbing and more miles than I've ever completed in a day. I knew I needed a friend to keep me company along the route, so I convinced my good friend Kalan Beisel to join me on the adventure.” 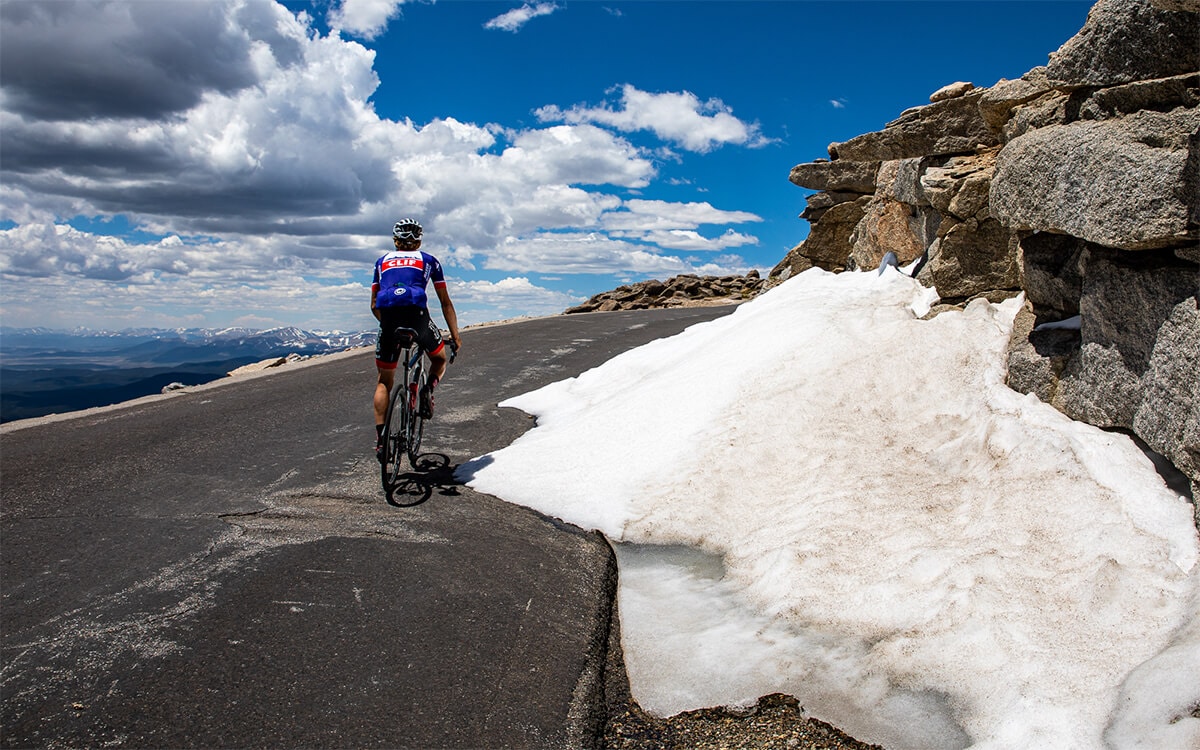 Mount Evans is the highest paved road in North America and is usually open to cars throughout the summer months. However, due to COVID-19, the road remains closed to cars, allowing cyclists a unique opportunity to experience this alpine climb without traffic. 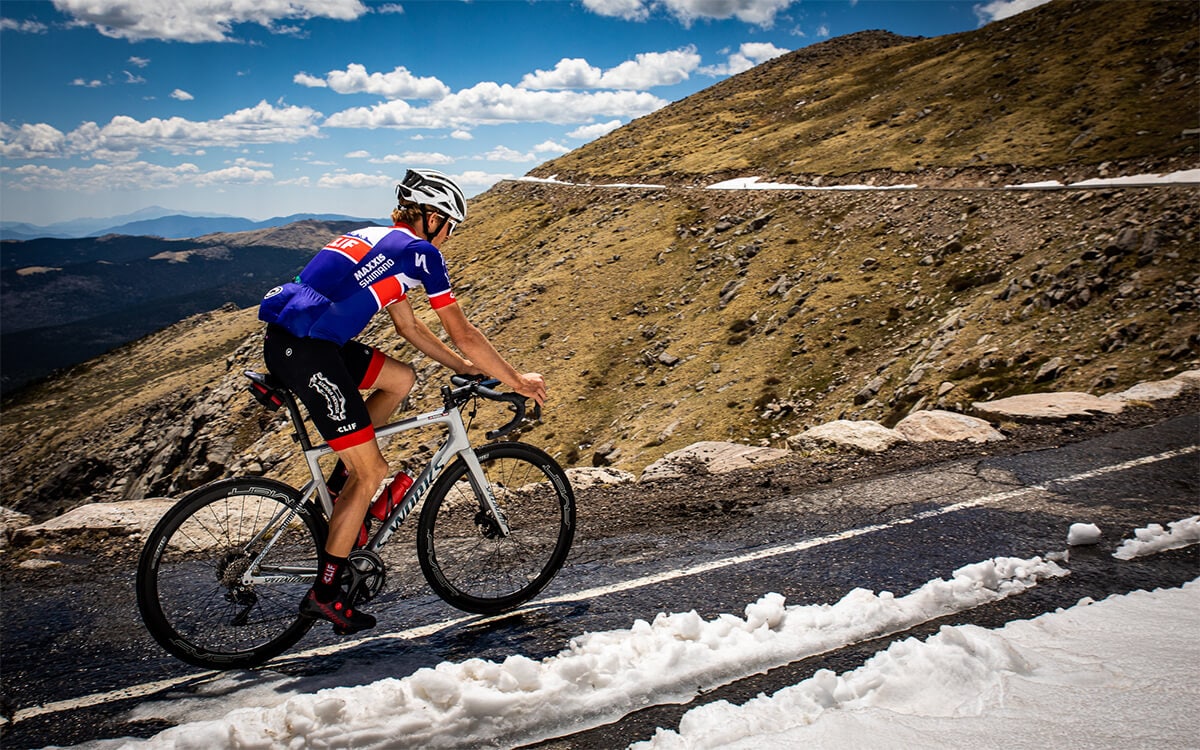 "Russell and I have climbed dozens of fourteeners together over the years," said Kalan Beisel. "We've climbed them all sorts of ways and most times not on the standard routes. We've backpacked over a few days to bag some, doubled up on a dirt bike to drive up a mining road as far as we could, and we've even mountain biked a couple. Despite being one we could easily drive to the top of, the way we choose to reach the summit of this one had me the most intimidated." 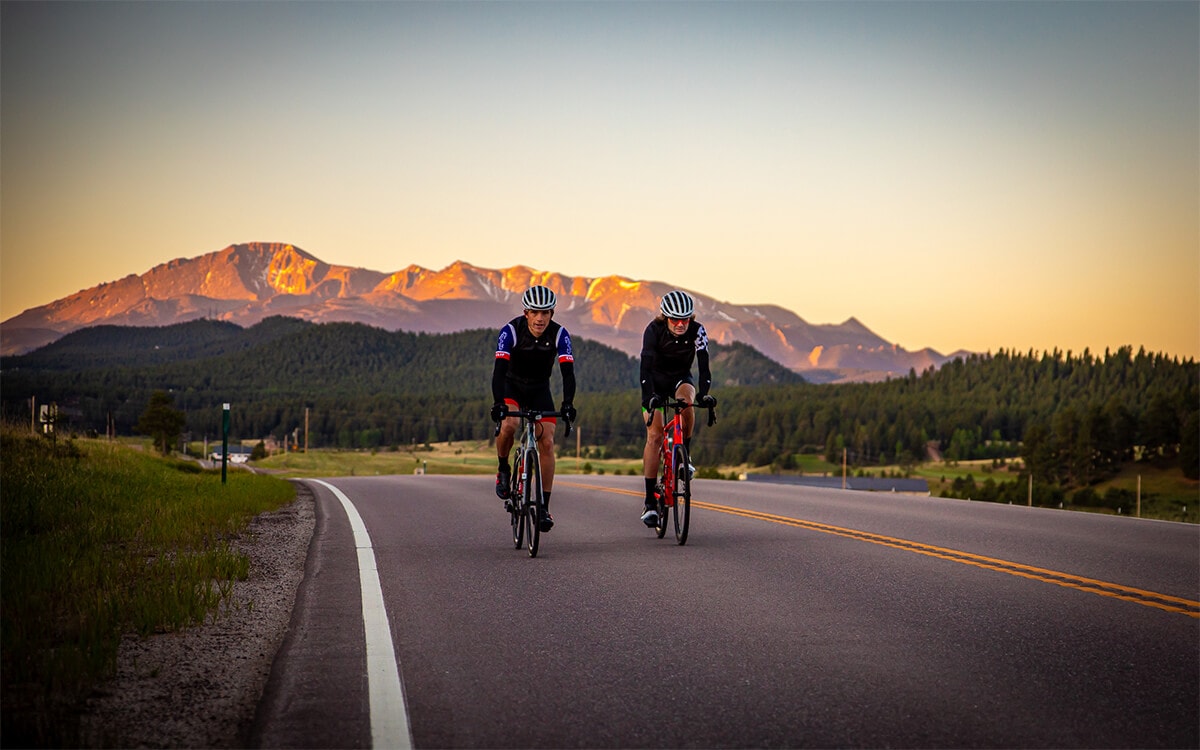 Finsterwald and Beisel left their homes in Colorado Springs at 4 a.m. and eventually completed the ride later that day just after 9 p.m. 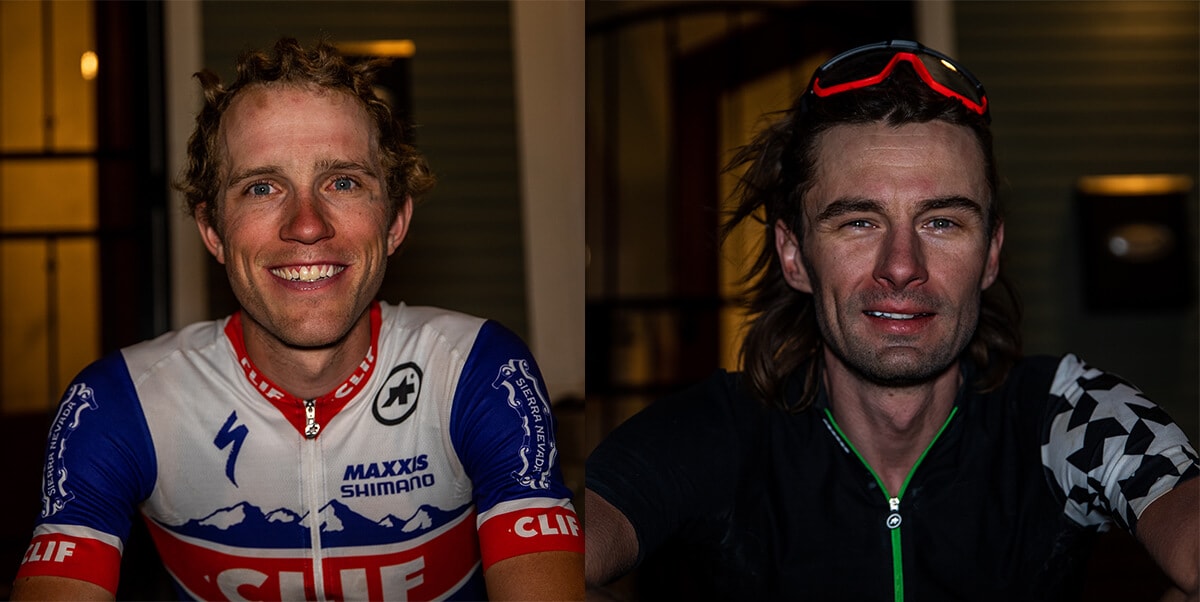 “It feels good to set a goal and then go out and accomplish it,” said Finsterwald. “Surprisingly, both Kalan and I felt pretty good for the entirety of the ride and thoroughly enjoyed being out there. We really focused on staying hydrated and eating plenty throughout the day. With that said, we did face a brutal headwind from miles 190 to 215, and those really put a damper on the morale for sure. At that point, it was just put the head down and grind." 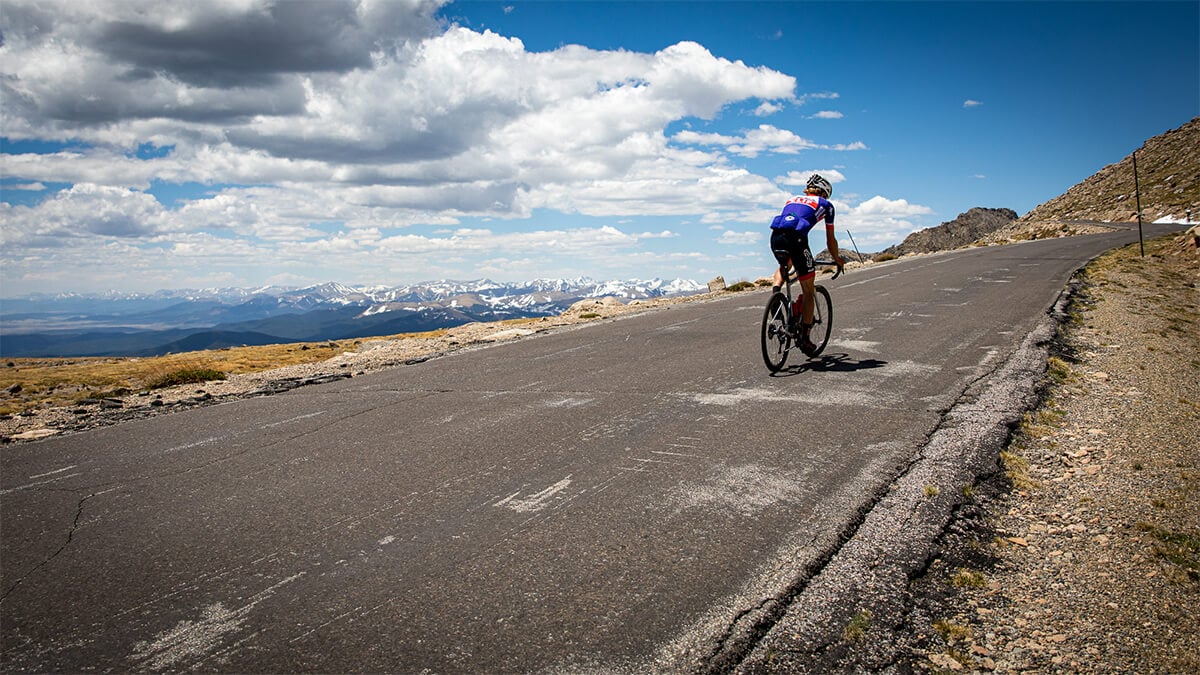 “Most of our training rides are so calculated, and you feel certain you'll make it home," Beisel said. "With this ride, we weren't even sure if we could make it. When riding that far and climbing that high, there are so many variables thrown into the equation that could've ruined the day; thunderstorms, mechanicals, fatigue, or some overuse injury. Just finishing this ride is a huge accomplishment and an awesome way to check off another fourteener.”