What makes riding at altitude so difficult and how can cyclists prepare and plan for success when training for high-altitude races? 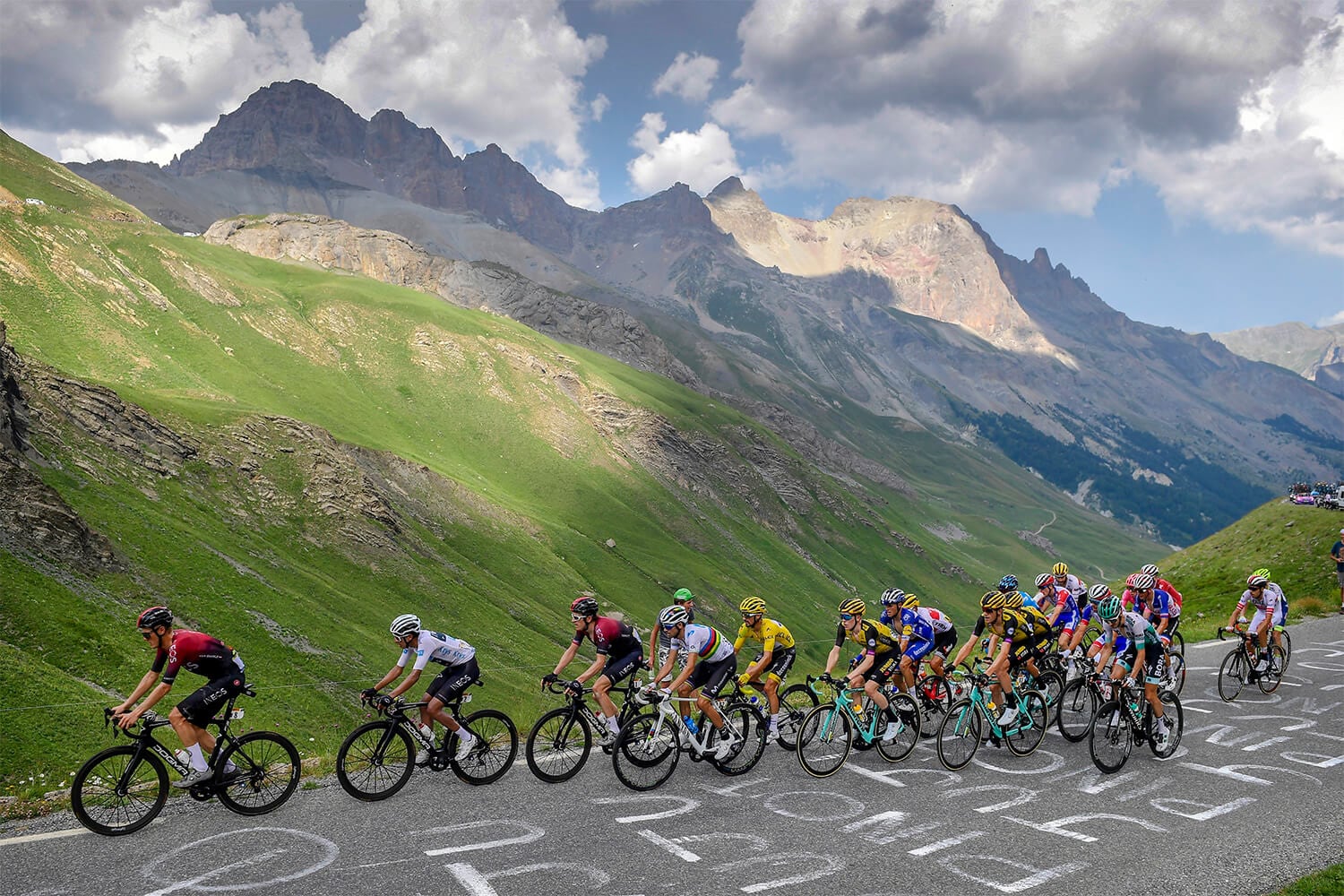 If you’ve ever pedaled your way up a high-mountain climb, you’ve probably experienced the effects of altitude on your riding performance. As you climb, the air gets thinner and it feels harder to breath. Every small effort on the bike feels like an all-out sprint and it takes much longer to recover from these minor moves. Top professional rides will often go to high-altitude training camps to help them adapt to these extreme conditions before important races, but there’s no hiding from the stinging effects of altitude as they sprint toward a summit finish.

So what makes riding at that altitude so hard? 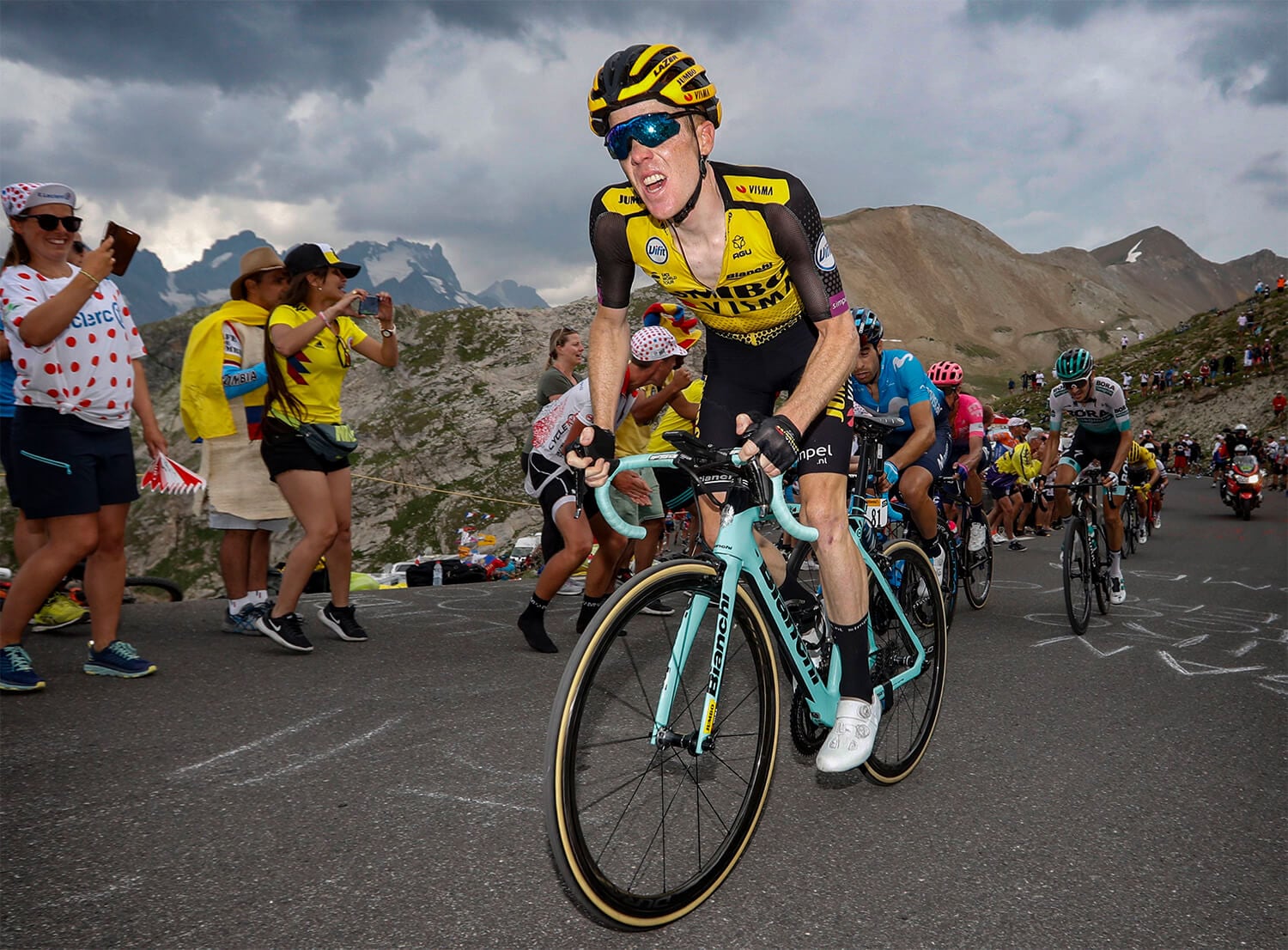 Performing at altitude presents a number of challenges. The first is the obvious one: feeling like you can’t catch your breath. Your respiratory system works on a pressure gradient, and the higher the altitude, the less pressure there is in the air. When you go to take a breath, you’re effectively getting less air in and less oxygen into your lungs and into your blood. In order to meet the demand, your body will increase its breathing rate, and along with that, increase its heart rate. If the muscles are getting less oxygen per beat, your heart simply has to beat more quickly in order to keep up.

Your cardio respiratory system has limits to how hard it can work, so the maximum output that a rider can sustain will decrease the higher they go. This also decreases a rider’s ability to recover from efforts. Clearing lactate and bringing your heart rate back down is dependent on being able to supply your muscles with the necessary oxygen. With this ability impaired, returning back to a sustainable effort is much more difficult. The last notable change is your body’s increased need for carbohydrates at a higher altitude. Glycogen stores are more likely to be utilized given the increase in demand. 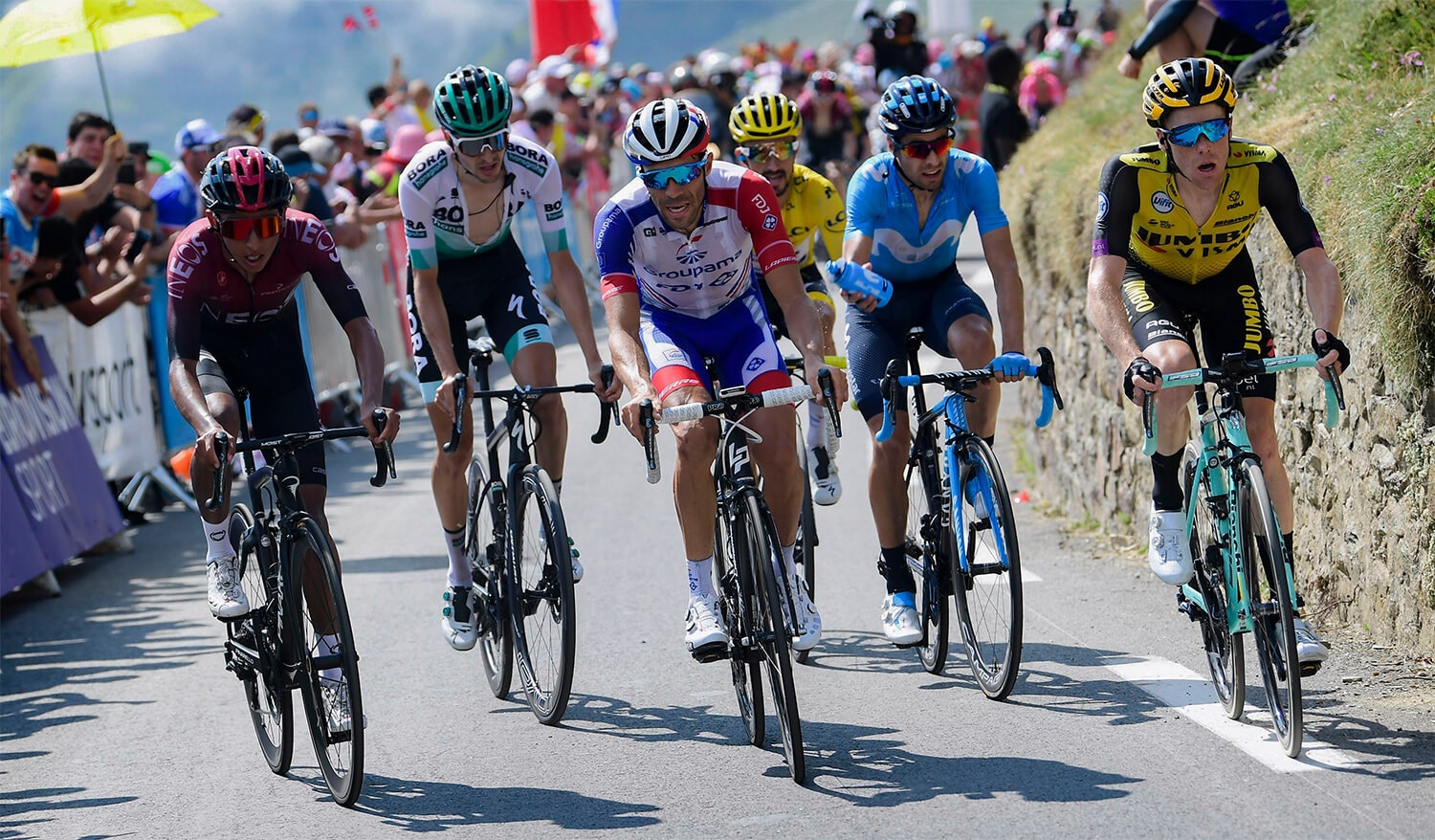 On the bike, as the riders get higher and their aerobic capacity decreases, the power they can achieve on the bike will go down. The effect of this is also exponential as you get higher, with power decreasing more and more as you climb. This makes pacing even more important than normal. Starting too hard will surely lead to big issues later on. A decreased ability to recover from efforts will affect how many times a rider can make a push.

One of the most exciting parts of any mountainous bike race is watching the contenders launch attacks against one another on the steep climbs. But, at this altitude, a really hard attack will have a rider breathing as hard as they can and feeling like their heart is in their throat. It’s also going to take much longer to settle back into a steady pace, and when they get really high, they may not be able to settle back in without totally shutting it down. At altitude, it’s much easier to go over the edge and not be able to return to the pace you were holding. The increased demand for carbohydrates at higher altitudes can also play a big role. Most cyclists know what bonking feels like, and they know when it happens it’s a struggle all the way home. Glycogen is a limited resource utilized at higher efforts. Using up glycogen faster means a greater chance of hitting that wall. In stage racing, the riders who have done a better job with nutrition in the previous days and who have fueled well during other challenging stage will have much more success.

A common saying in cycling is that you’ve only got so many matches to burn. Once they’re gone, they’re gone. If a rider normally has 5 or 6, at altitude they’ve probably only got 3. So, pick and choose where you spend your efforts because any day up in this thin air is going to be a tough day.