Words and Photos by Matt Robertson

Saturday, June 4th, 2016 marked the return of Chris King’s Gourmet century to Asuke, Japan. Located in Aichi prefecture outside of Nagoya, GCR Asuke is the ultimate excuse for any cyclist making their first or next trip to Japan. Following a widely successful and fun inaugural event in 2015, this year’s GCR Asuke sold out in about five minutes, so plan ahead and be ready to sign up on Day 1 next year. 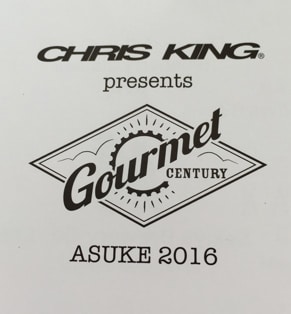 It is surprisingly easy to get around in Japan. With trains that run on time and go just about anywhere, no shortage of English speakers and the miracle that is Google maps, it’s just a matter of having some patience and doing it. Our Shimano group consisted of SPD product team members from the USA, the Netherlands and Osaka, Japan.

With Faulk driving up together with Kura and Irie (eerie-A) and a van load of bikes late Friday, myself and Jessie formed the forward team and made our way from Sakai Friday morning by train. Our agenda included an afternoon in Nagoya, before evening sightseeing in Asuke’s historic old town and a VIP dinner with some special guests and cycling luminaries from the US.

GCR Asuke is promoted, organized and executed by an amazing guy named Shinya Tanaka. Shinya owns and operates a family of small businesses in Nagoya that have almost single handedly created and incubated an amazing cycling scene there. SimWorks is a distribution company that handles Chris King and Cielo along with whole slew of small and influential frame builders like Retrotec, DeSalvo, Sycip, Hunter, Black Cat and Seven. Throw in components from Phil Wood and Bruce Gordon along with stylish accessories, baskets and wooden fenders and you have miniature version of the NAHBS right there at Circles, his bike shop in Nagoya, and a social destination including a cycling themed coffee shop next door. With a priority sign-up window for members of Circles mailing list, GCR Asuke is, in effect, a rolling handbuilt bike show. 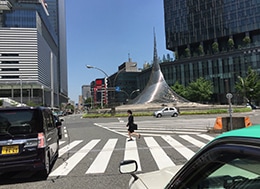 You can imagine how excited we were to finally see the shop responsible for creating this amazing scene and the spectacular GCR Asuke in 2015, and how disappointed to learn the shop had shut down just hours before our arrival in order to travel to Asuke and set-up the even more amazing 2016 edition. In the famous words of Homer Simpson, “Doh!”.

After a brief stop at Nagoya University for lunch, we decided we were too excited to focus on the exhibits at Toyota Automobile Museum and had to get up into the mountains. The museum could wait for Sunday, and would be a great way to work up an appetite for Nagoya’s world famous chicken wings, or tebasaki. Upon arriving in Asuke, we were immediately reminded of how beautiful the remote parts of Japan could be. The weather was beyond perfect on Friday, with blue bird skies, zero humidity and perfect temperatures at every turn. We checked with the organizers and offered to help in any way we could be of service. When they instead suggested a tour of Asuke, we did not bother to contemplate whether they just wanted us out of the way or not. In 2015, we showed up late and left early, so this time we really wanted to soak it up. And we did. Beautiful riverside vistas, red painted bridges, hawks on the wing, it was a day to remember. We got lost and found more than once and eventually made our way through the old town section of Asuke. Japan has more wood than bricks, so it was amazing to see wooden structures built hundreds of years ago, that were still completely sound and functional, housing various small businesses and shops. Posters were hung promising the street would be completely illuminated with paper lanterns on Satuday night and I am sure it was an amazing site, but we knew at the time we would be jamming to the band at the GCR post party the next night and could only imagine how cool it would have been for locals and the Japanese tourists that come here for their own chance to get away from the hustle and bustle of Nagoya, Toyota and parts south. 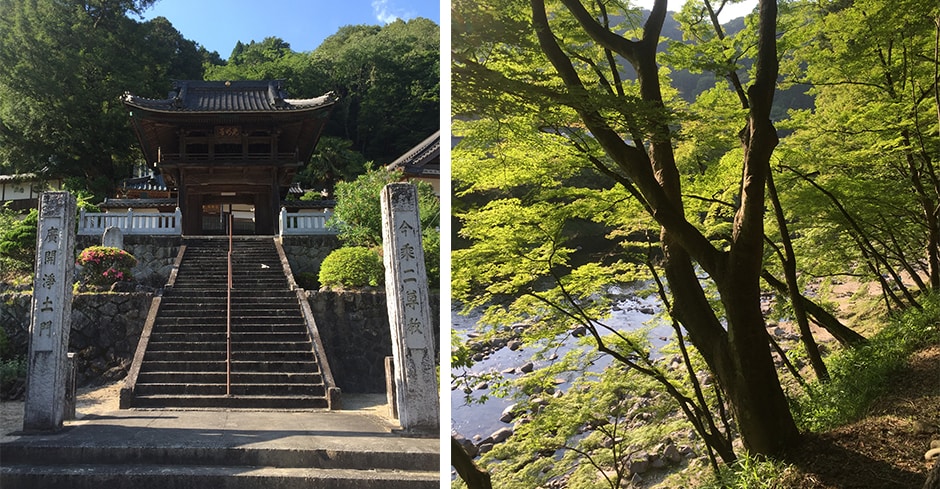 Finally back at the hotel a few hours later, the SimWorks guys had everything planned. Dinner back in Asuke with none other than Chris King himself (who missed the first edition to be at his daughters graduation), Curtis Inglis from Retrotec and Inglis, Mike DeSalvo from DeSalvo, the Sycip brothers Jeremy (who builds Sycip) and Jay (who runs Cielo production at CK) and a host of other CK and SimWorks employees. The unagi (fresh water eel) was about as tender and crispy as you could imagine and a great time was had by all. Back at the hotel we continue to make new friends (aka drink beer) while we waited for the Shimano van to arrive and then finally settle down for some jet-lag shorten rest before the next day’s ride.

Saturday was ride day, or feast day, depending on how you look at it. We rode a lot sure, but we ate a lot more. The breakfast spread was amazing and just a slight indication of the quality and scope of what we had signed up for. The morning was also our time to, er, work? I mean I did pump up a few tires, and loaned this one guy an allen key (oh wait that was me). But seriously, we were there to provide the comfort and confidence of professional support and we played music from my phone on this ingenious bamboo mechanical amplifier that was just right for the handbuilt nature of the event. Stumptown coffee was brewing and riders were checking in and fueling up. The ride itself was no joke. Starting with a 60-90 minute climb, we did 2500 of the 5000 feet of total climbing in one shot. It was unique and refreshing to see that even though many riders were clearly trim and fit, most if not all were more than content to ride at a conversational pace and actually stay with the friends and family they brought to the event. I guess a giant meal is the ultimate equalizer. Stop one was the first snack, with home cooked muffinish squares and amazing fruit jelly shots. I can’t say we really refueled, as we were all still full from breakfast, but a jelly shot and a the ensuing downhill were more than enough to squash any hint of hang over from the night before.

And what a descent is was. A quick final climb brought us to the ‘cima asuke’ or highest point of the day, and led into a tight, rugged and prolonged descent that rewarded proper tire selection and bike positioning, a keen eye for the fish-eye safety mirrors, and probably really stoked out those riders lucky enough to be on Shimano disc brakes. Some riders chose safety and some chose the adrenaline rush, but we all had a great time as we made our way down and around the mountain and before you knew it – lunch time!

The lunch stop was in the same location as last year, but the organizers were a year wiser. Last year we stuffed ourselves with another complete plate of food before mounting up and attacking the second major climb of the course. This year, we enjoyed a sensible sampling of local delights. I can’t pretend to remember or even to have identified half of the stuff, but when Chris DiMinno and his crew put something on your plate, I can guarantee you it is going to taste great and it did. The service team was handcrafting ‘bespoke’ sodas and lemonades that had riders lined up for a while. The patience and understanding of the participants was noted as special and no one seemed to mind waiting for something of quality and made with passion. That probably explains why over half of the riders were aboard handbuilt steel frames, custom assembled and personalized beyond anything I have ever witnessed. It was a special crowd and a special day and everyone seemed to know it and feel it from the get go. For a specific example of the uniqueness and passion behind the event look no farther than the artist who followed the ride to each stop and pumped out effortless watercolor paintings of the event, silently capturing spontaneous moments as if she was a photographer.

Back on the bike, it was time to go up so we did. A bit of high speed descending and another brief and rolling up got us to the final stop of the day, dessert. A highlight of last year was no less spectacular, maybe better with its new lakeside location. Tea was served with your choice of desserts, and you had to take two, that’s my style! I chose the broiled sweet potato with carmelized sugar and the mystery biscuit, while others sampled and enjoyed the grean tea jelly or the red bean woopie pie.

At this point, we knew most of the work was behind us and it was time to ride home. As a mountain biker, I love to descend, but there is something special about a trail that still makes you work with quick little risers, sudden tight turns that require attention and then perfect s-turns that let you carry your speed if you put a little trust in yourself and your bike. The final twenty minutes of the GCR Asuke are total money. A little rough, a little wet, a little debris on the road – nothing the big ring can’t handle. After four plus hours of conversational riding and stuffing my face I was ready to turn and burn and having a string of friends and co-workers on your wheel or taking pulls is what makes life worth living. Nothing left now, but a soak in the cold river, a dip in the hot bath, a cold beer and – you are never going to believe it – another amazing meal.

I think you are picking up the theme here. The GCR is a bike ride, and it’s about bikes and riding, but it is really about food and friendship. Participation is capped at the number of people who can physically be fed in two seatings. In Asuke the number is maximized by using the upstairs dining hall and the outside area under the tents. Music is critical so two bands split duties during dinner and then joined up for an impromptu finale downstairs. Rogue IPA and Dead Guy ale were available on tap along with fantastic wines and amazing local sake, so whatever your flavor  you can enjoy the best on hand. Bespoke liquor along with bespoke bicycles. New friends were made, and existing friendships were strengthened. Everyone went home with a story to remember, and most of them with a pledge to be back next year.

The next day was cars and chicken wings and that slow decompression that marks the return to reality and the fact that everyday can’t be another Gourmet Century. If you love new experiences, if you love travel, if you love bikes and good food than I can guarantee that you will love GCR Asuke 2017. Put in on your calendar now and set your alarm – you got five minutes to think about it.

Special thanks go out to Shinya, Shige, Yoshi, Taka, Rie, Eddi and all the crew at SimWorks and Circles who made the event come together and of course big props to the effort, dedication and prodigal talents of the incomparable Chris DiMinno.

I could fill the internet with photos of all the amazing bikes there, or you can look for them yourself on Instagram at #gcrasuke and #gcrasuke2016. For truly amazing and professional images visit the radavist and enjoys John’s brilliant work at  https://theradavist.com/

Thanks for reading and keep on riding!