Shimano Gravel Alliance ambassador Ben Popper  (@gravelcruiser) shares his experiences from the Almanzo 100, known as the "Grandfather Gravel Event" the Almanzo is an annual event held every year in Spring Valley, MN.

I had developed a foolproof training plan for the ALMANZO 100 in Spring Hill, MN and was calling it "Couch to 160k."

It mimicked in the couch to 5k program that aspiring runners use to overcome the uncertainties of doing their first running race. Start small by, in my case, getting my butt out of my desk chair and pedaling around the block. Then slowly build over the course of weeks, doing longer and longer rides, until I’d be ready for race day and fit enough to ride 100 miles. It is a proven strategy for building fitness. I started the program with a solid base of couch sitting. Then skipped everything in the middle, finishing my training by showing up on the day of the ride with about ten miles in my legs total. I needed to find a supplemental plan. 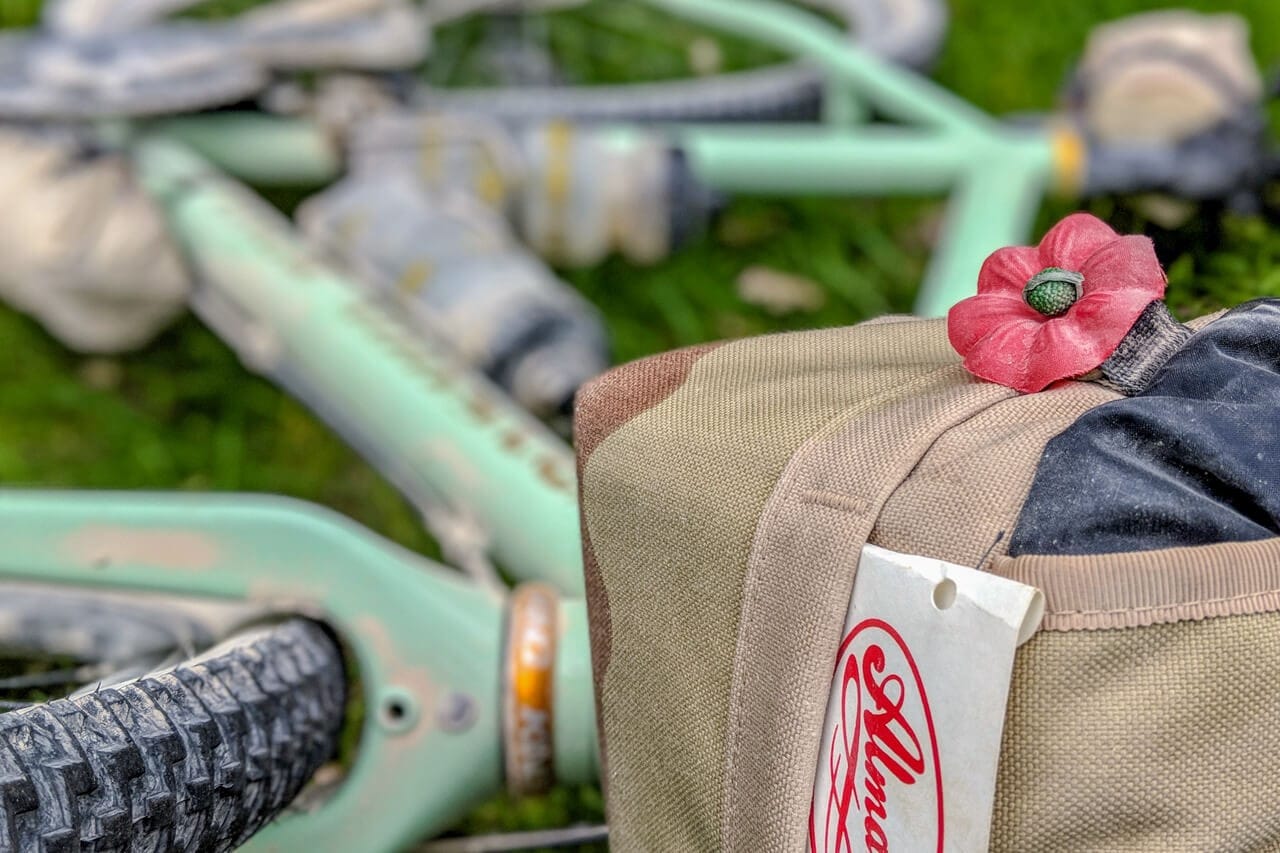 That plan came in the form of an orange jumpsuit, a hidden cave and hopes of a swimming hole. My friend Stevil, his longtime friend Gene and I took stock of ourselves and knew what position we were racing for. We were going to win DFL, figuring it the best way to embrace our lack of fitness and own our place within the group. We’d bring up the rear with high fives and smiles while racing for the title we deserved and hold dear. In order to keep ourselves committed to our quest of finding enlightenment through mediocrity, we listened to the firing of the start gun from a parking lot five blocks away. A hero's welcome was ours for the taking from the lingering crowd as we coasted down an empty main street. The lead out police car even flipped a U-turn to escort us across the re-opened highway. For a town of 2,425 people this annual bike ride comes in second only to Independence Day and the folks living along the first mile of course had been sitting at their curb all morning eagerly anticipating the parade of cyclists. And with all the love only a small town can give, there were many still waiting for the stragglers as we rolled through, cheering us on to a victory we'd never had a sliver of a chance of getting. We stopped to slap fives with neighborhood kids. We took pictures with the lead-out ambulance. We helped and offered help to the numerous mechanical casualties already along the course. We picked up a lot of trash and then at 8 miles made a call for the rescue of a fallen and injured rider. When at ten miles we stopped to take pictures with a family cheering people on from the end of their driveway, we'd later learn the leaders were already approaching the first aid station 40 miles in. The disparity in our paces was remarkable but earning DFL is hard work and takes that special kind of extra effort. The ride into Preston and the first aid station at mile 40 was wonderful. Our spirits high, the weather pleasant and the riding sublime. The rolling terrain of the Midwest was not yet baring its’ teeth. Screaming down the backside of a hill and rolling out the gained momentum on the frontside of the next had not yet lost its novelty or become painful. The three of us rotated through periods of conversation and solo pedaling. A nice balance of being social and meditative all the way into the checkpoint where booze and refreshments were already the norm. Things were still looking pretty good, we were almost halfway through, feeling good and continuing to bring up the rear. 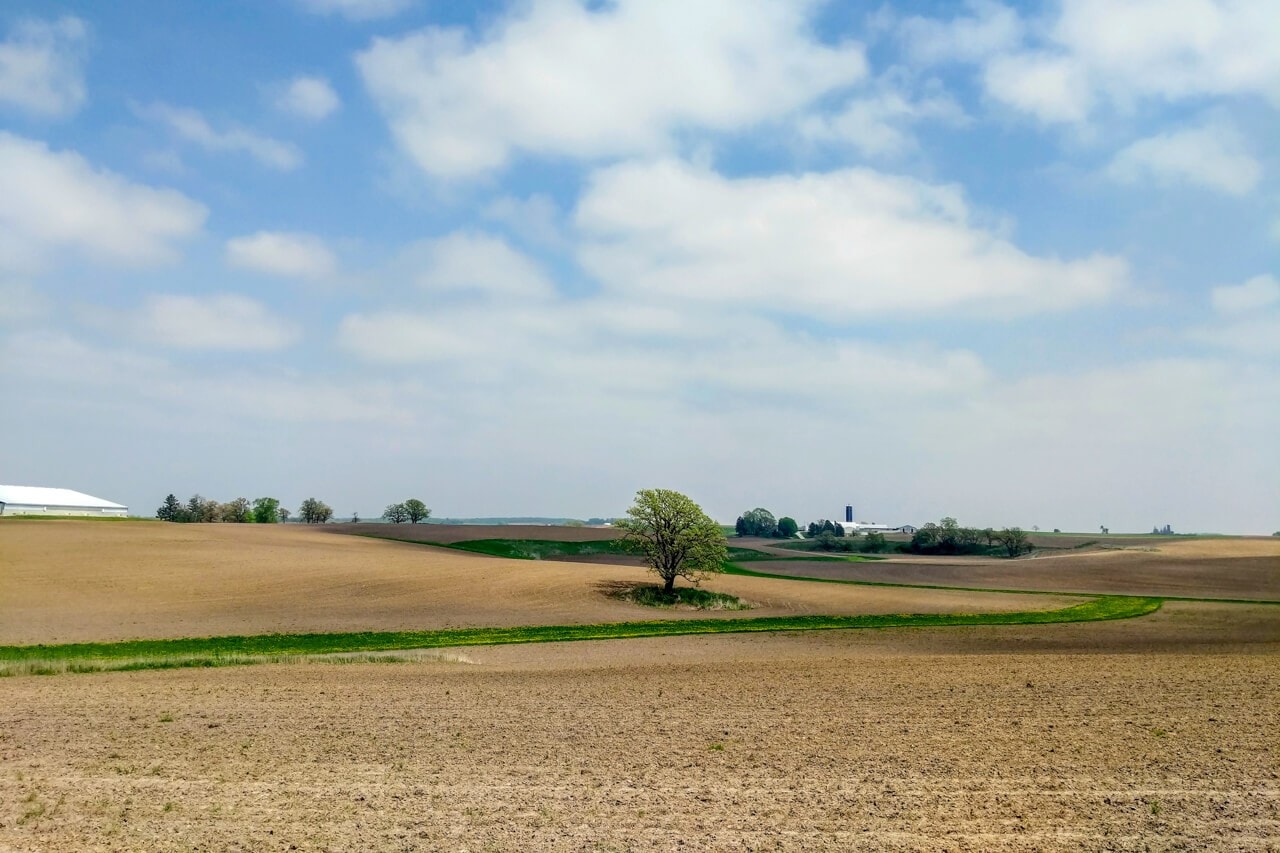 I left a little bit before my buddies who were sneaking in one last round of party and assured them they would catch me slow rolling in just a handful of miles. That single grip turned into all my fingers and toes before they caught me settling into a nap in a cemetery. They had roped in a new friend Hurl who seemed to make our gang even merrier. We weren’t trading places in the paceline to gain an edge speed wise, rather the rotation promoted new conversation and a healthy mix of topic. We rode this wave all the way into the picnic shelter of mile 68. The warmest greeting so far, this oasis in the shade of an oak grove had every amenity a bike rider could ask for. Spicy pickles, ice cold domestic lager, friendly dogs to pet, well-mannered babies to hold and a barbecue with flaming hot wieners.

It was a party we were sad to leave, but when you've made a commitment to bring the party to the entire course, you can't stop early. So, reluctantly we got up to try to spread their fun further up course. As we climbed up out of the state part the wind started to shift on our idyllic bike ride and we stopped one final time to visit with our final support vehicle. We had just over thirty miles to go. "How far do we have left?" "34 miles." "Cool. It is just like if I rode to work and realized that I forgot my lunch and then rode home. Then I ride back to work and realize I forgot my keys so I have to ride home again. Then I ride back to work but half way there realize it is Saturday and ride to the bar instead. That's not too bad..." When Stevil put it that way, it didn't seem too bad either, but in the back of my mind I knew I was falling apart.

We kept it together until the water crossing, faking good spirits. Our failing joviality became transparent when we didn't enjoy what would have been a solid swimming pool. Crossing the stream we didn't linger, silent heads down, climbing out of the streams low point. Cresting the hill and crossing the highway we were presented with what was to be our misery for the next twenty miles, loose, newly laid gravel that rolled upward into the horizon. Suddenly, finishing in five hours instead of nine sounded awesome. 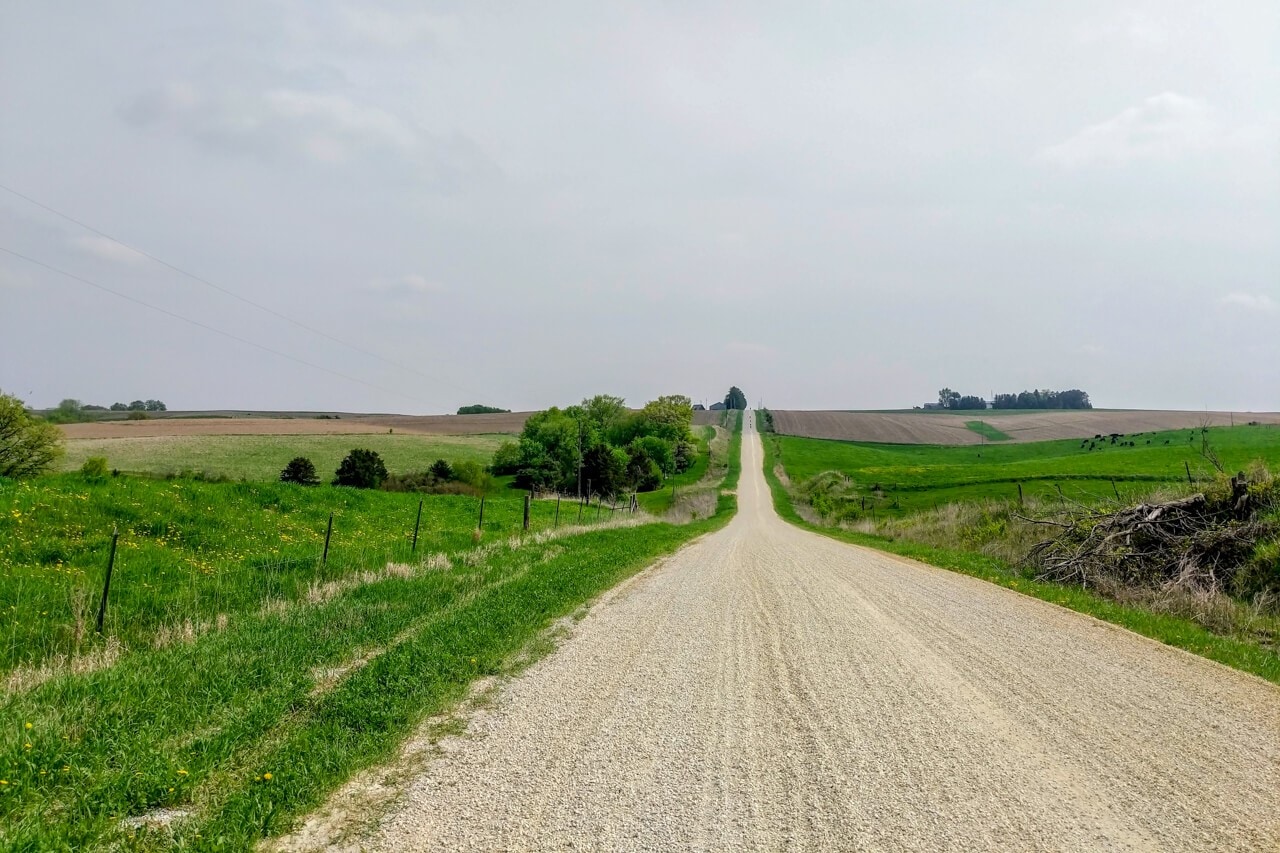 Finding a friend in Gene suddenly proved to be an amazing acquaintance to make. Turns out DFL for him is more of a lifestyle and less a fitness choice. As Stevil and I imploded he took charge and ushered us up the road. The miles, although painful, ticked by remarkable quickly when all I focused on was keeping my front tire tucked, only inches, neatly behind his rear as we sped over the uneven surface. 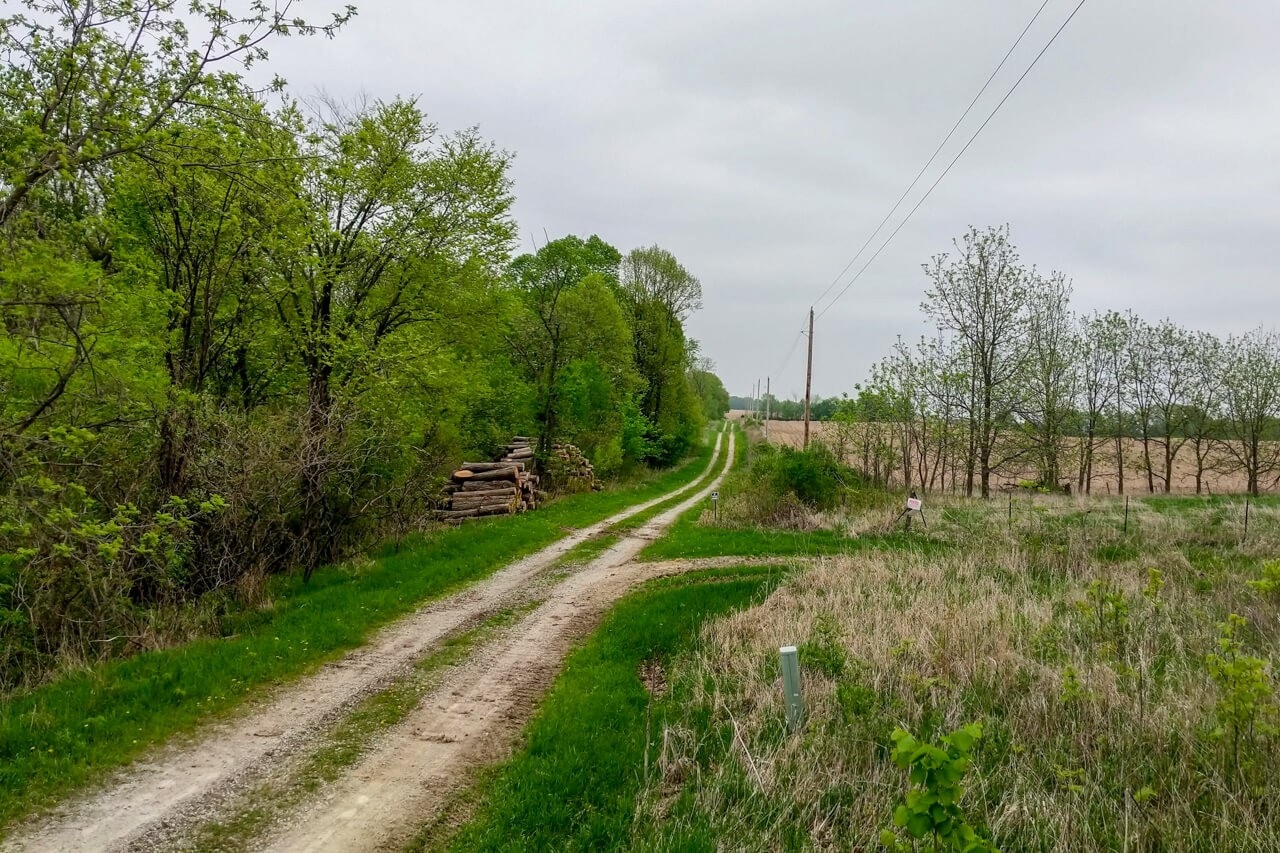 We came up on a crossroads and I stopped short. My group hesitated and turned left. I took one look, unconvinced at the hill they were starting to descend and knew I was gonna lose it and blubber like a baby if I had to come back up that hill after a wrong turn. I pulled out the cue sheet to verify their route and found it to be correct, but more importantly, the turn was marked at mile 93.7. We had less than ten miles to go. One trip to work. 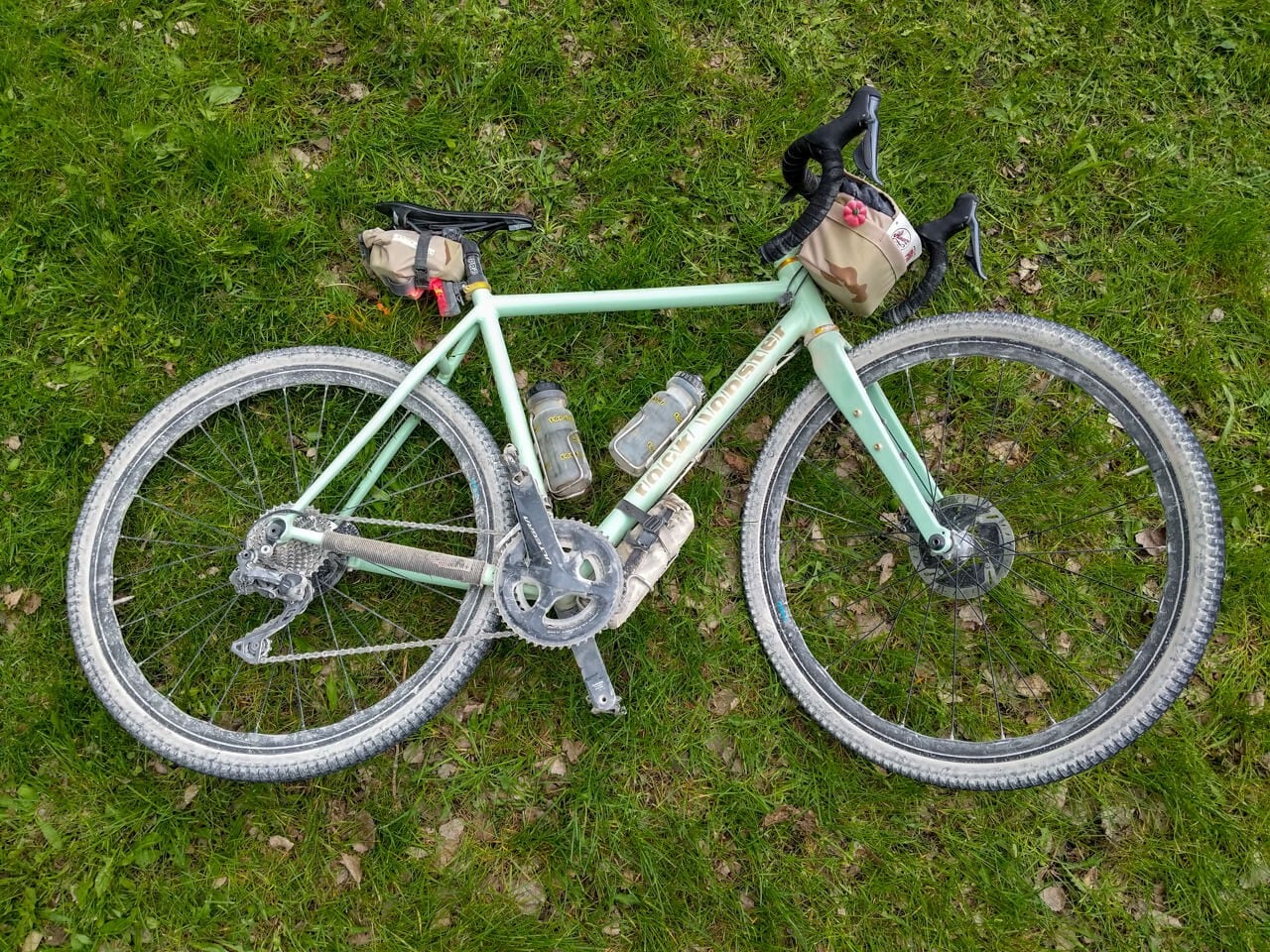 We were rolling on a bike path around the outside of a wastewater treatment plant when I blurted out, "Where the fuck is this town!" I had been constantly scanning the horizon for a water tower for the last hour. Both my body and mind were ending this ride soon whether or not there was a finish line. Then, as if dropped from the heavens, we rounded a corner and a woman with a bullhorn sweetly called out my number to the record keeping gods cementing me as an official finisher of the ALMANZO 100. We lost our race, many people finishing behind us, the coveted DFL earned by a worthier racer. Even if we hadn't won our race, I was certain we won an amazing day on the bike, made a whole host of new friends and destroyed our knees, back and neck for at least a week.

Read more about Ben's first story of the Gravel Season with his experiences at the 2018 Rock Cobbler here.