Cycle Training for Motocross and Supercross

The sport of motocross and super cross is recognized as one of the most physically demanding action sports there is. Riders not only have to worry about navigating through a track filled with wild obstacles, but they have to do it as fast as they can and in a head-to-head racing format. The need for top fitness is not only critical for success but also for safety. The majority of all the top moto racers, as well as many of the young up and coming racers are working with trainers to train smart and be the best they can be.

Over the last several years, trainers have included more and more cycling into their motocross racers training programs. Such trainers as Aldon Baker, who has a professional cycling background is well known for training some of the most successful motocross athletes of all time.

Currently Aldon is working with Zach Osborne, Broc Tickle, Jason Lawrence and Marvin Musquin who just this last weekend at the Monster Energy Cup in Las Vegas took home biggest win of his career and a Million-dollar prize by winning all three motos which has only ever been achieved one other time by Ryan Villipoto who is also another avid cyclist! 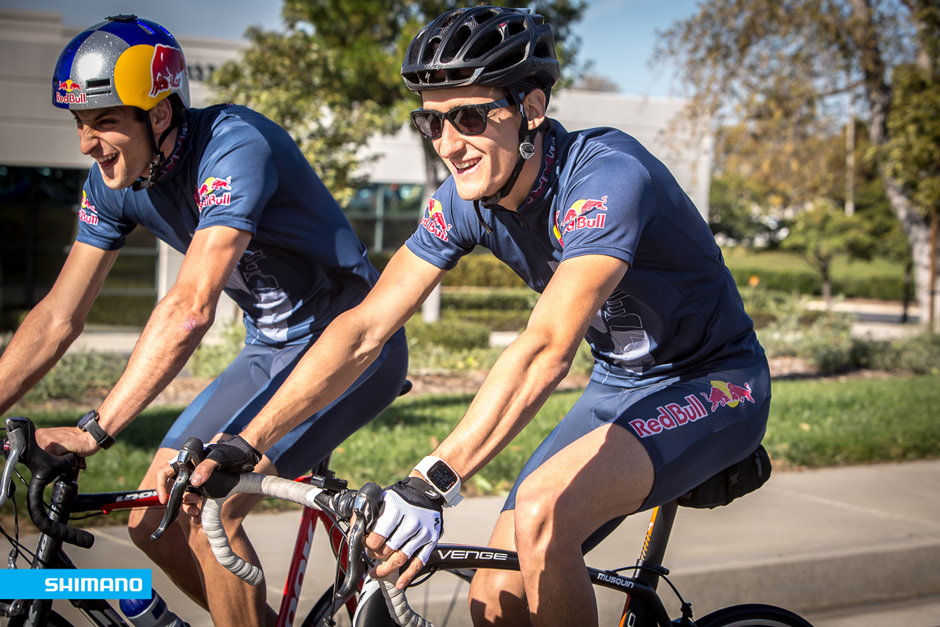 Working hard and having the proper tools can lead to success.. Marvin poses with his million-dollar check!

Marvin noted “Winning the Monster Million last weekend was amazing and it couldn’t have happened without all my amazing sponsors and all the training that I do. Training is a big part of the program. Cycling in particular is an excellent way for me to maintain my cardiovascular fitness which is extremely critical for racing Supercross and motocross. When it comes to training, having the best equipment to reply on is very important and also makes the training a lot more enjoyable. At this level in particular it is very important that we are using the best!”

Also worth mentioning is Aldon’s other athletes Jason Anderson and Broc Tickle finished 2nd and 4th!

Aldon pointed out “I find cycling to be one of the most effective tools for cardio training and I especially like the fact it’s on two wheels which is obviously similar to their motorcycles. Also with cycling being a really a low impact sport it is particularly important for the moto athletes due to the typical knee issues or ankle injuries many racers have to deal with. Running is simply too hard on their joints and swimming is not ideal because swimming can lead to soft skin from being in water so much. Moto guys need to have tough hands!” 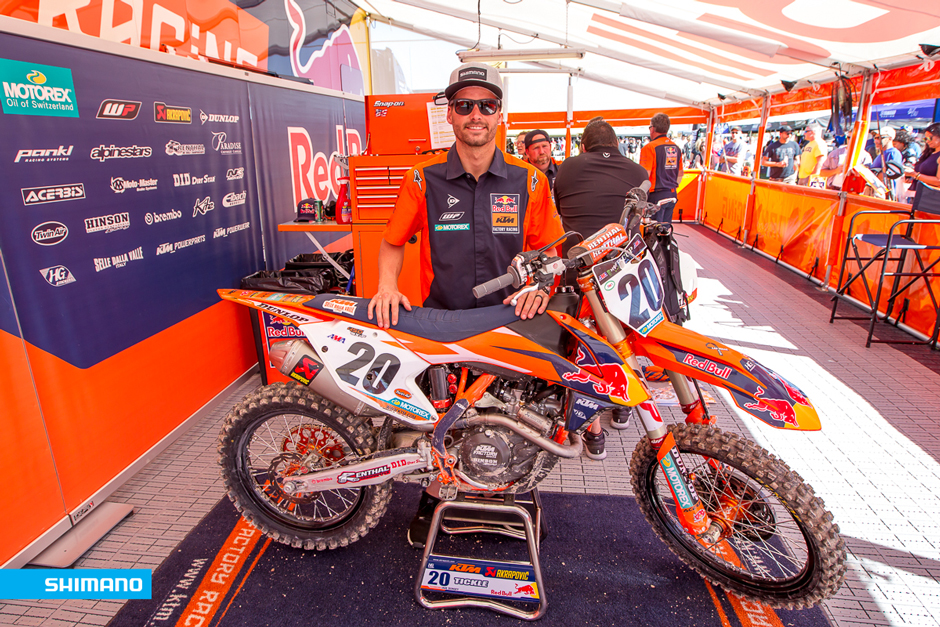 In the team pits with Broc. Broc uses cycling as an important part of his training regime, but also enjoys to ride mountain bikes. Check out his instagram where he frequently posts photos from his mtb adventures.

Aldon also likes that he can mix up some MTB and road cycling into the training routines. “I like to make training as enjoyable as it can be so I find a balance between the road and mtb to keep the guys motivated and having fun. Obviously the road is easier to keep in specific training modes, but sometimes it’s important to let the guys spend some time on the mountain bike and have some fun.” A look inside Justin's pit set up in Las Vegas. Justin uses a road bike and stationary trainer to warm-up and get his blood flowing before his races.

With the Monster Energy Cup done the riders are setting their sights on the 2018 Supercross series which kicks off at Anaheim Stadium January 8th and can be watched live on Fox Sports 1. A couple weeks later the racers return to Anaheim for Round 3 on Saturday and then the following the day our Shimano moto athletes will be in the house for our annual Shimano Moto athlete ride that not only includes all of our guys that raced the night before, but also many of our retired legend ambassadors like King of Supercross Jeremy McGrath, David Bailey, Jeff Ward, Mike Bell as well as some other non-cycling specific Shimano athletes like MMA fighters TJ Dillashaw and Juan Archuleta!

The Shimano Moto Athlete Ride started in 2014 and has since been an annual event where we invite our Moto and Supercross athletes to Shimano HQ to enjoy a day of riding with Team Shimano and our professional Shimano cyclists as well. Take a look back at the past events in our photo gallery below.