Describing the Indescribable at Gravel Worlds

Lincoln, Nebraska is a little over a 7-hour drive from Madison, Wisconsin and is home of the infamous Gravel World Championship, a 150-mile gravel road odyssey through the rolling terrain of the Nebraska countryside. I registered for the event in early Spring, along with a lineup of other gravel rides I had my sights on including the Almanzo 100, Dirty Kanza and Dairy Roubaix to name a few.  My husband, Chris, and I departed upon our journey after a full work day and put the pedal to the metal with Bruce Springsteen, mystery podcasts and local classic rock radio keeping us alert as we took turns driving and making attempts at sleeping until arriving in Lincoln around 2:30 am. 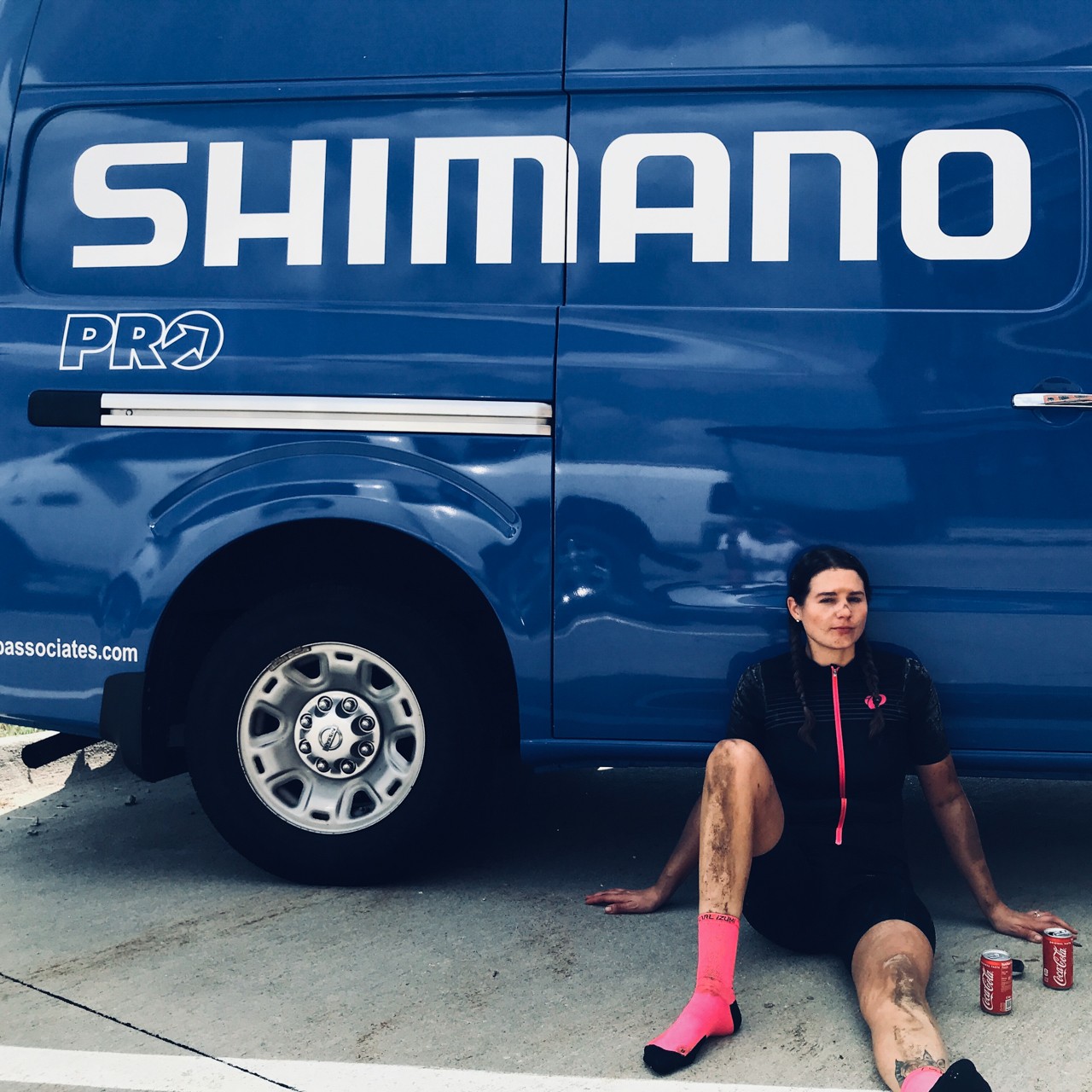 Friday morning we set out for the Gravel Worlds expo. Shimano along with Panaracer, Lauf, and a few other noteworthy folks set up under tents filled with the bicycles industry’s newest gravel-centric offerings as event participants made their way into local bike shop and event sponsor, Cycle Works. Chris spent the day working alongside his fellow BP reps as I checked out the parking lot expo and met some new friends until I decided I needed to get a few openers in for tomorrow’s race.

My legs were still moping from the Gran Fondo across the state of Wisconsin the previous weekend, but I ignored the fatigue and hopped on my bike to explore the streets of Lincoln. Along the way I made a point to hit a sandwich shop so I could grab two giant pickles to throw in my frame bag for tomorrow’s adventure. Later that evening Chris and I ate good-sized pizza, a few beers and prepped so we could simply roll out of bed, grab the bikes, coffee, and granola and head to the start line which was about about 5 miles from our hotel.

It was dark when we arrived to the outskirts of Lincoln. Race organizers and riders were high-spirited and fueled on caffeine and gravel goodness. I was nervous, but optimistic, I greeted a few friends including a fellow Shimano Gravel Alliance teammate. We wished each other well as we made our way to the start line for the 6am blast off into the foggy Nebraska abyss. My nervousness began setting in more and more with 15 minutes until the roll out. If I didn’t feel nervous at the start of any race, I’d be out of sorts, it just comes with the territory whether I like to admit it or not.

Before I knew it we bombed out of the starting line. I wanted to do everything I could to hang with the front pack for as long as possible. A few miles of pavement and then the arrival of that beautiful moment when you tires first hit the gravel… suddenly you can taste the dust in the air and you are now living among a moving plume that is stampeding blindly into the dawn at break-neck speed. It was too dark to have on my tinted glasses. Dust covered my face and I was surrounded by darkness. We were rolling hot, averaging at the very least 22-24mph. The women’s leaders - Tetrick, Takeshika and Gregg – were all in my sight, which made me feel strong and confident. The pack was huge, I hung for another 15 miles and before I knew it I was with a group of about 10 men. None of us really spoke, we just worked. Each person taking pulls, two abreast, knowing we wouldn’t catch the lead group but not relinquishing the intense pace. The gravel was mostly packed and easy to go fast upon and I was pleased I kept my tire pressure a tad higher than usual. I hung on strong for 40 miles and then I began to struggle, slowly letting myself fall off the pack. At times I was able cling back on, but before I knew it, I was alone. 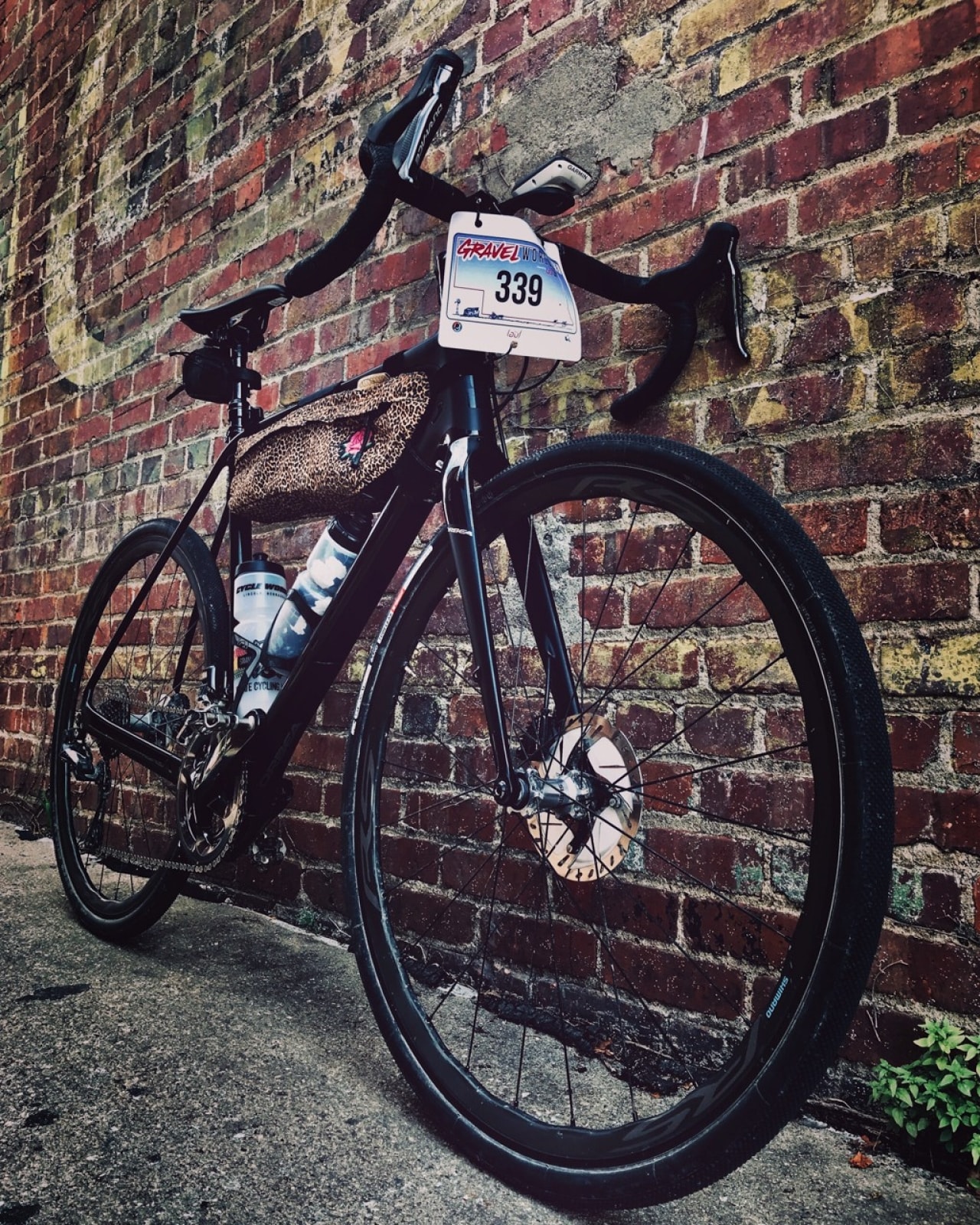 Over the next 30 miles I made not one, but two wrong turns, which created an almost overwhelming feeling of self-defeat to contend with.  Throughout the day, I found a few groups to ride with, I stopped at a gas station near Milford, Nebraska at mile 100 and refilled my bottles as quickly as possible and set out to try and get ahead of a bigger group. I managed to cling on to a few guys that were from Nebraska. We worked together and eventually I took off on my own.  I’d bite into a warm pickle I had stowed in my frame bag, eat a gel, a bite of an apple and once in while just stop at the top of a rolling hill for my own sanity; one of which they call “Denton Wall.” I knew I had to set a pace I could tolerate, I worked so hard early on and I still had well over 70 miles of rolling hills left to ride. Once in a while, I’d come across someone and ride with them, exchange a few words, as we both suffered. The sun was beating down and my hydration bag was nearly empty so I had to ration my water bottles once again until the next “Oasis,” (a race-supported aid station) which couldn’t be described any better. When you saw one appear in the distance, it was like a godsend, a slice of hope to getting closer to something that felt like progress and being taken care of. When I rolled into the last Oasis, mile 128, I chugged a half of a coke, forced down a half of banana and rolled out with a local team, riding with them as long as I could. I ended up connecting with Heather Poskevich, who had crashed earlier in the day, but continued to ride strong until we rolled through the finish together.

I finished 6 in Open Women, with a time of 9:19. I met my husband Chris and the finish, shook hands with my new friend Heather and immediately indulged in a few cokes and a pulled pork sandwich while I sat against the van to decompress.

A lot of thoughts go through one’s head during a ride like this. Many dark moments are surrounded by a few glimmers of hope. I think that’s what drives me, the satisfaction of knowingly putting myself through something then realizing the ability to finish it.  Even though I didn’t come in with the lead pack or the fastest time, I finished strong and made myself proud for pushing through the darkness.

It is difficult to describe why anyone would want to endure such a ride, but I know why and it’s something that anyone who has made a similar attempt understands. It’s indescribable, but once you experience it, you’ll be back for more. The thing I love about gravel is the quaintness of it, the local support, the comradery of the scene and, of course, the terrain. In each state, with each event, the gravel and scenery is different; a perspective that can only had when you choose the roads less traveled. 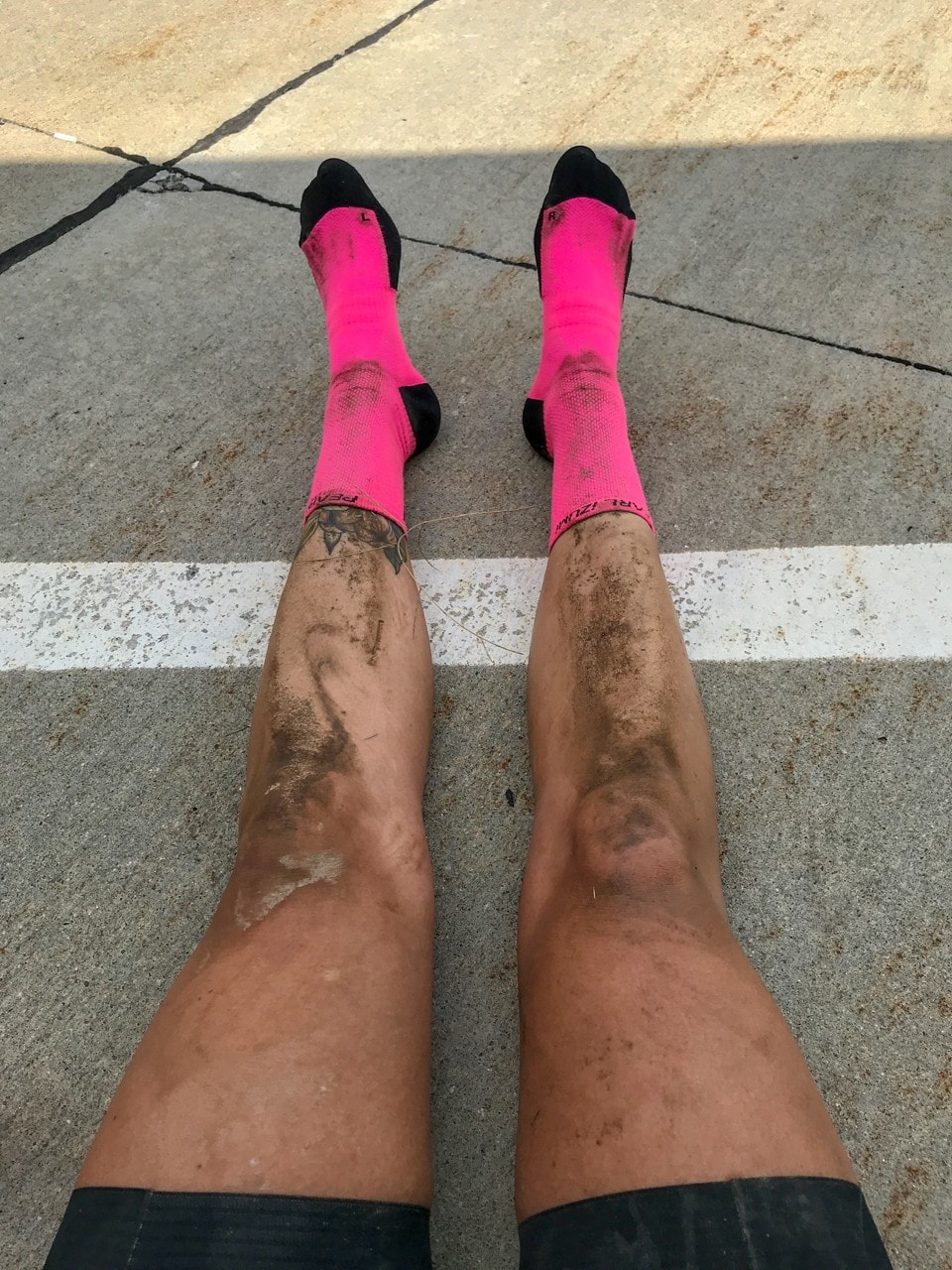