Austin Arruda is a former Shimano Technology Education Specialist with years of experience in the cycling industry. In this piece, Austin helps explain the intricacies of the Shimano Di2 and E-Tube technology. 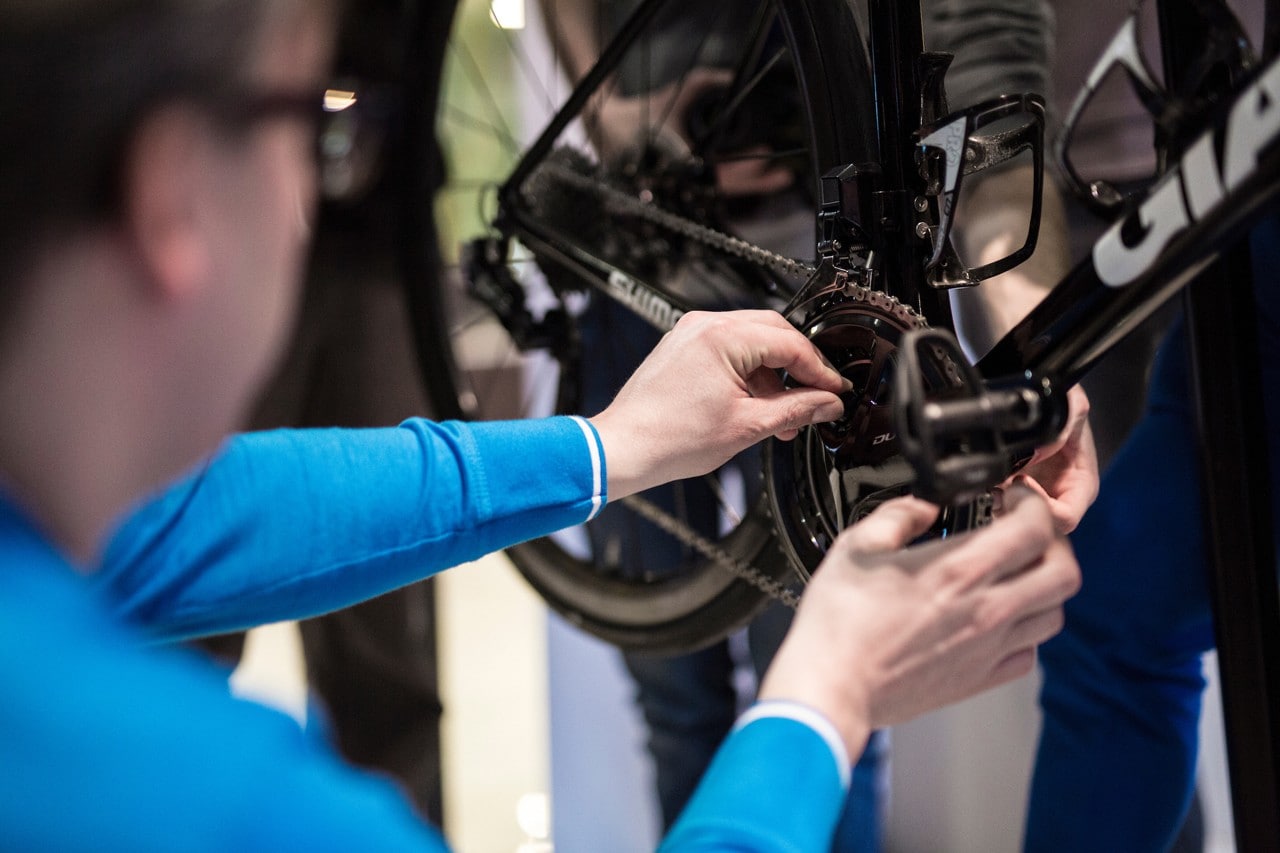 Shimano’s newest flagship road group, Dura-Ace R9150, takes your cycling experience to a new level.  By equipping your Di2 bike with an EW-WU111 wireless unit with D-Fly technology you are able customize your Di2 bike on the fly and connect the system to third party accessories that enhance your ride.

To really take advantage of the integration that R9150 has to offer it’s worth gaining a basic understanding of the different technologies that make it all possible.  All modern Di2 systems use E-Tube Project as their operating system.  E-Tube Project comes as a PC program and as a mobile app for iOS and Android devices.  The new wireless unit, which plugs discretely into your Di2 bike, contains Bluetooth Low Energy (BLE) and ANT Private Network microchips which allow the system to communicate with other devices. That communication will occur via Bluetooth or ANT Private Network technology, depending on which feature you are using. 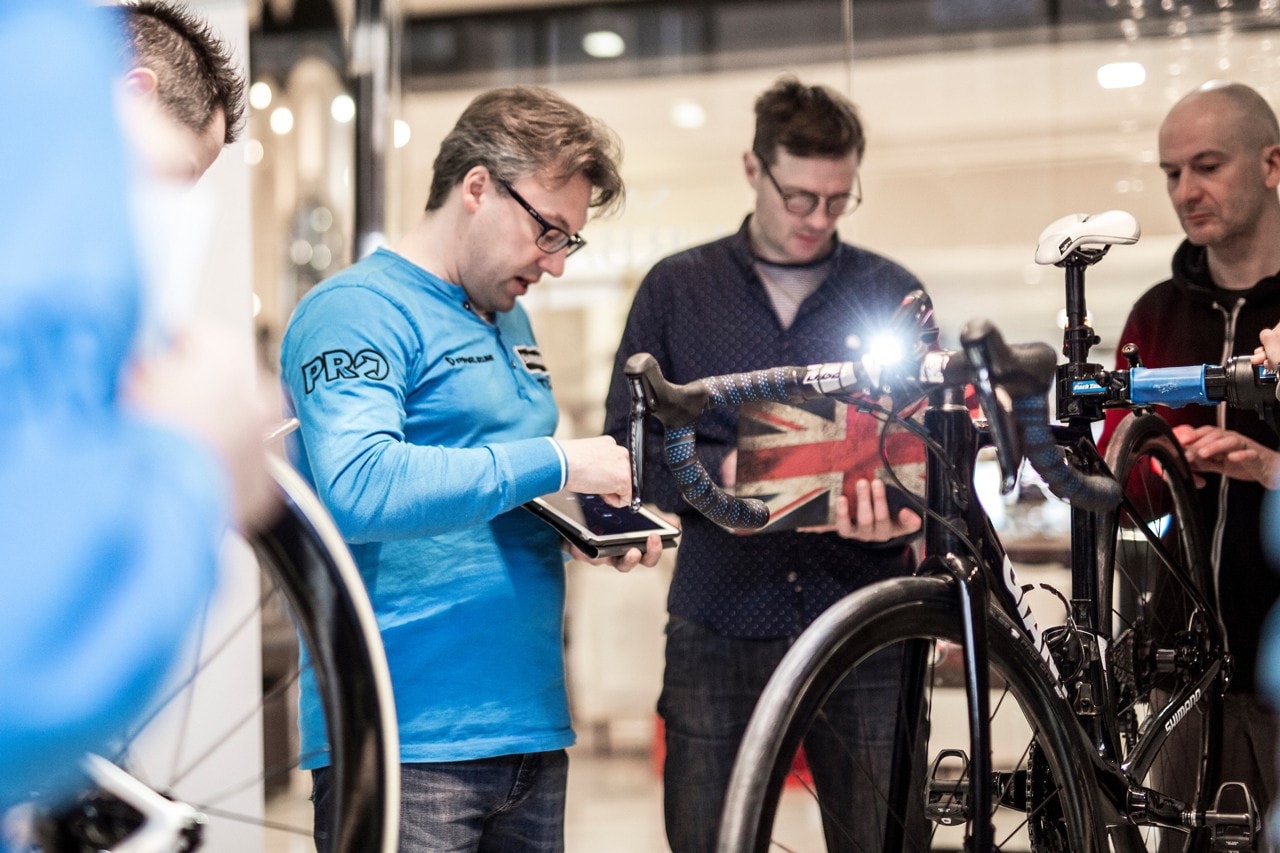 E-Tube Project is an application that allows you to update your bicycles' firmware and change Di2 settings by connecting wirelessly.

Bluetooth Low Energy is a technology that allows two electronic devices to have a “conversation” without depleting a bunch of battery power on either device.  Once downloaded onto your smart phone or tablet, E-Tube Project acts as the common language by which your device and your EW-WU111 equipped Di2 bike can communicate.  E-Tube Project will use the BLE connection on your phone, allowing you to customize various shifting options, button function, derailleur positioning, and more.

The ANT Private Network microchip in the wireless unit works a bit differently.  Imagine ANT Private Network like a loud speaker, just shouting information about your Di2 bike out into the world, but the information is all encrypted and impossible to decipher without the key, kind of like a spy movie. Shimano worked with 3rd party computer manufacturers (Garmin, Lezyne, Wahoo Fitness, Pioneer, Sigma, and Magellan) to provide that secret key so that the cycling computer can decipher information from the Di2 wireless unit.  The cycling computer can’t communicate back to the Di2 system, but it can take the information being broadcasted and utilize the data.  This is where the integration options for R9150 get really cool.  The wireless unit is constantly sending out information like your current gear, system battery level, and recent button press information.  The compatible cycling computer you’ve paired can listen for this information and use it to do all sorts of useful things! 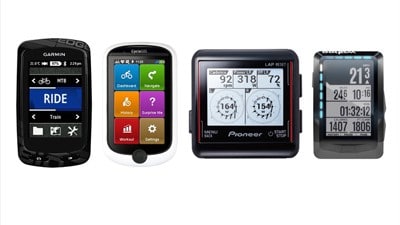 Garmin, Magellan, Pioneer and Wahoo Cycling Computers are all compatible with E-Tube. In addition to listening for ANT Private Network signals, the cycling computer can also transmit ANT+ (non-private) signals for other third party devices that might be listening.  This means the cycling computer is capable of taking a signal from a button you pressed on your bike and using it to change something on the computer itself or send a signal of its own out to control another device that is listening for ANT+ signals, like perhaps a light.  Dura-Ace R9150 and R9170 dual control levers have 3 buttons per shifter.  There are 2 paddles, typically used for shifting the derailleur up and down.  The third button is on top of shifter beneath the rubber hood and is a great candidate to control your cycling computer.  You also have multiple auxiliary button options that can be added later and each button can be customized for shifting or for wireless unit communication, creating endless opportunity to control your bike and accessories any way you want. 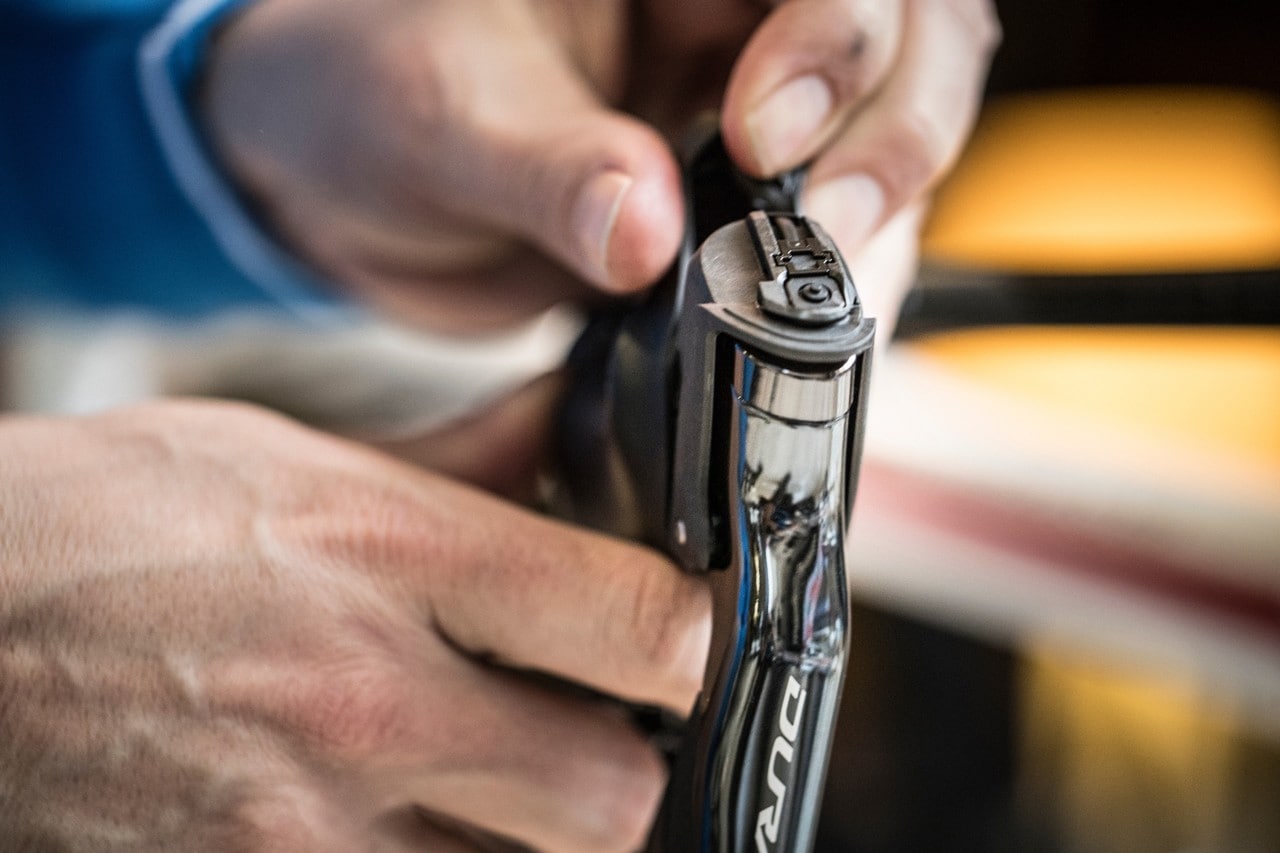 Sure these options are exciting, but it all sounds a little bit complicated right?  Well, setting the system up is actually a lot easier than you might think.  When I was tinkering with my set up, I was using a bike with R9170 Di2 (the version with hydraulic disc brakes) and a Garmin Edge 820.  Out of the box the left hood top button is programmed to send a signal to the wireless unit on Channel 1.  The right hood top button is Channel 2, and you can assign Channels 3 and 4 to other buttons if you choose.  Any button can be assigned to any channel in E-Tube Project and the channel corresponds to a set of three button actions (press, press and hold, double press).  You can choose what each action does on each of the 4 channels in the Garmin’s settings. 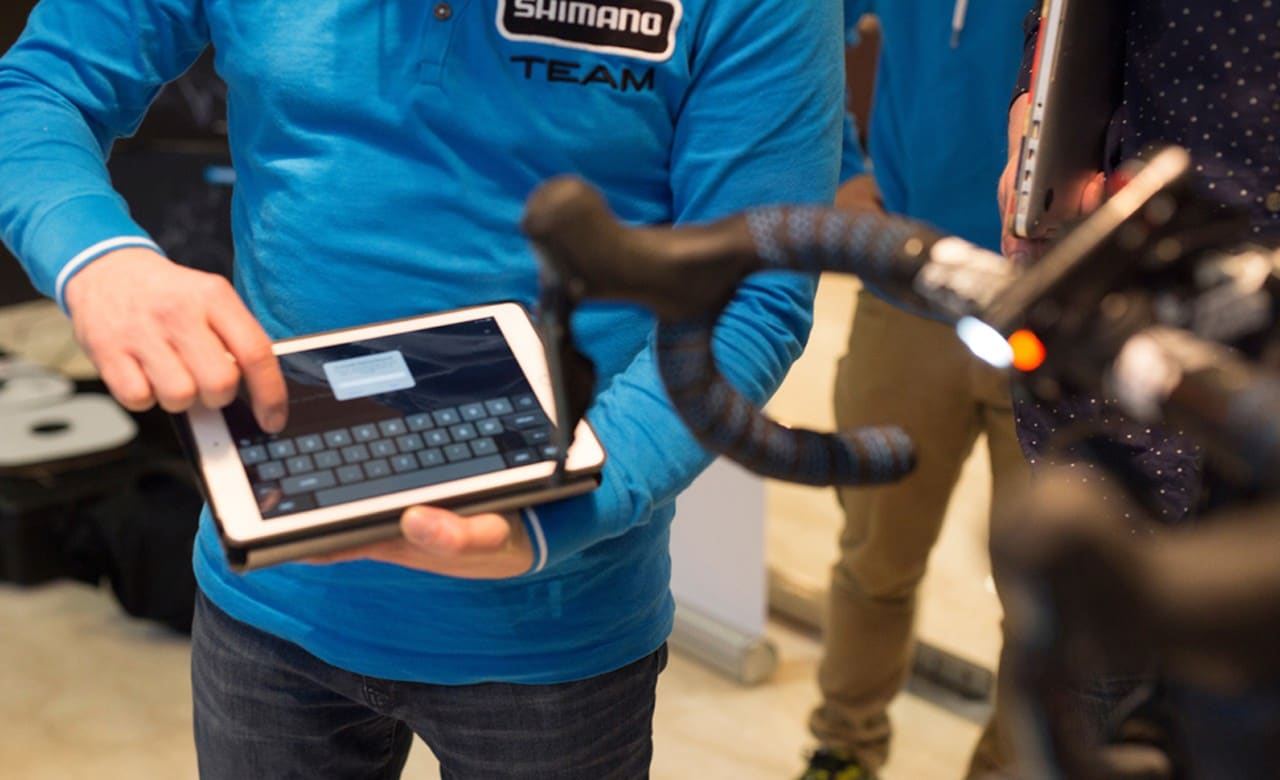 The customization process begins by pairing the Garmin or other cycling computer to the Di2 wireless unit (which is only required the first time you use the computer with your bike).  Once paired, you’ll navigate through the Garmin’s settings menu like this:

In the ‘Di2 Button Setup’ part of the menu you can begin assigning functions. Beginning with the stock set up, I programmed my bike with the following functions: 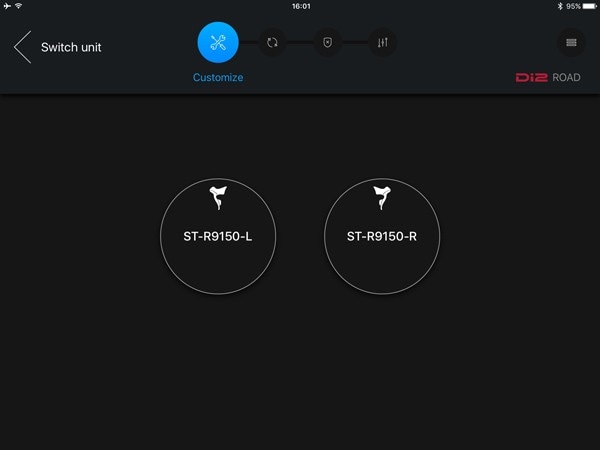 Screenshot from the E-Tube Project where you can customize your switch units.

After a couple of rides I decided I wanted to be able to start/stop laps from the drop-bar position.  To make this a reality, I used E-Tube Project to set the bike up for Synchronized Shifting, a Di2 setting that allows complete shifting of both front and rear derailleurs with just the right shifter.  Then, I assigned the buttons on my left shifter, previously used for shifting, to instead send a signal via Channel 1 and Channel 2.  I now had all of my D-Fly functions available on both the hood top buttons and on the left shifter, which is accessible from the drops. 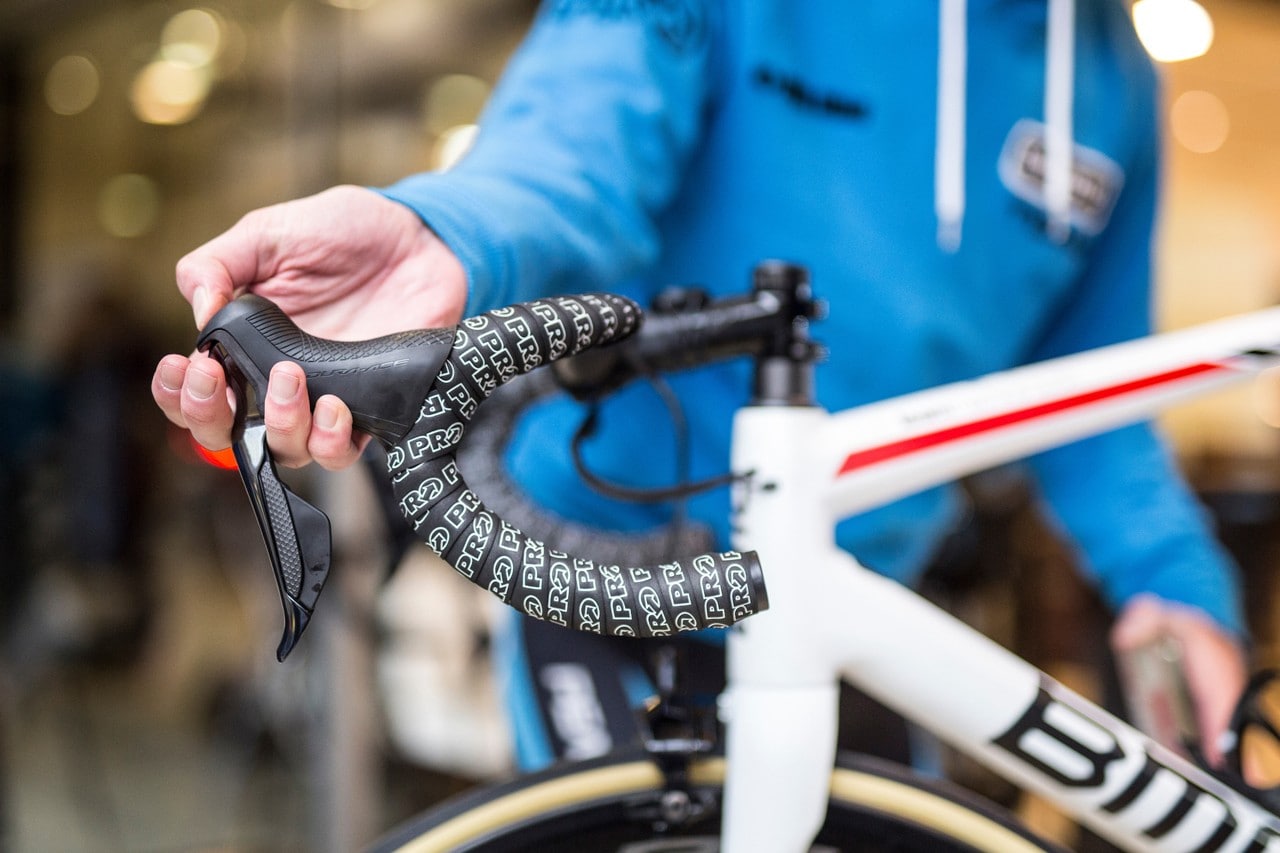 All of this technology is cool, but it may have gotten you wondering, “Do I, or cycling in general, really need all of these gadgets?”  My honest answer is, of course, not a simple yes or no.  The truth is I got along fine with my bicycle when shifting was taken care of by conventional cables and Strava hadn’t even been invented yet.  That being said, when I finally began riding Di2, it greatly enhanced my riding experience. Di2 made my rides much more fun because I spent less time worrying about trimming my front derailleur or wondering why my gears started skipping.  The ability to manage all of these functions from my Di2 cockpit adds an additional user-friendly aspect to my ride and puts me in complete control, which I find exhilarating and I think many other riders will as well.  Sure, I don’t need to be able to flip through screens on my computer, see my power output in real time, or turn my lights from flashing to solid as the sun sets all without taking a hand off of the handlebars, but the fact that I can is pretty awesome.  I have to admit, now that I’ve gotten used to riding a bike with all of these features, I’m not eager to jump back on a classic bike void of any nifty robot parts.  The fact that all of these features are now available on Ultegra R8050/R8070 makes having the smartest bike in the world even more attainable!  After all, if your new bike has Di2, you are only a wireless unit and some programming away from enjoying all of these features on your next ride. 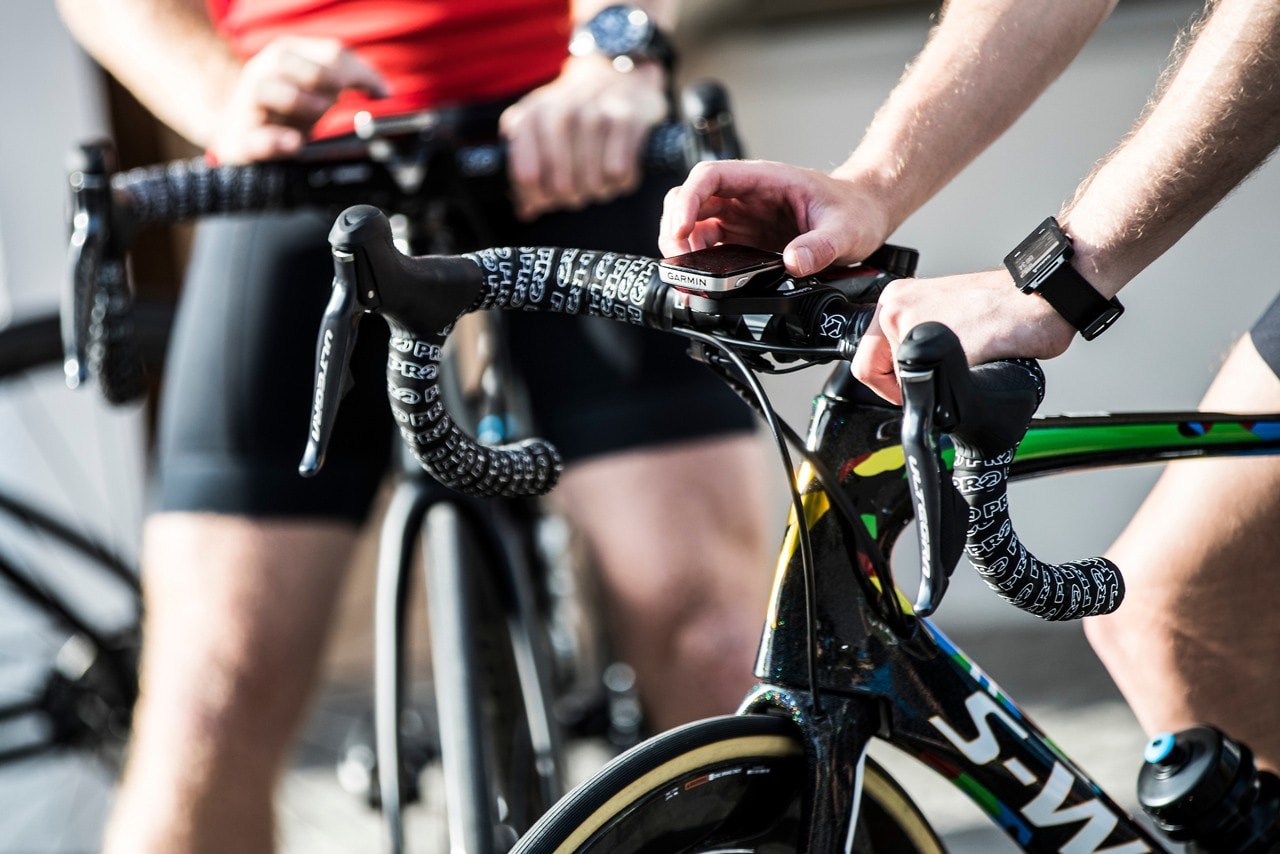 Find a Shimano Dealer Near You

Interested in upgrading your drivetrain with Di2 technology? Use the Dealer Locator to help find a shop near you.