DK200: Sometimes You're The Nail 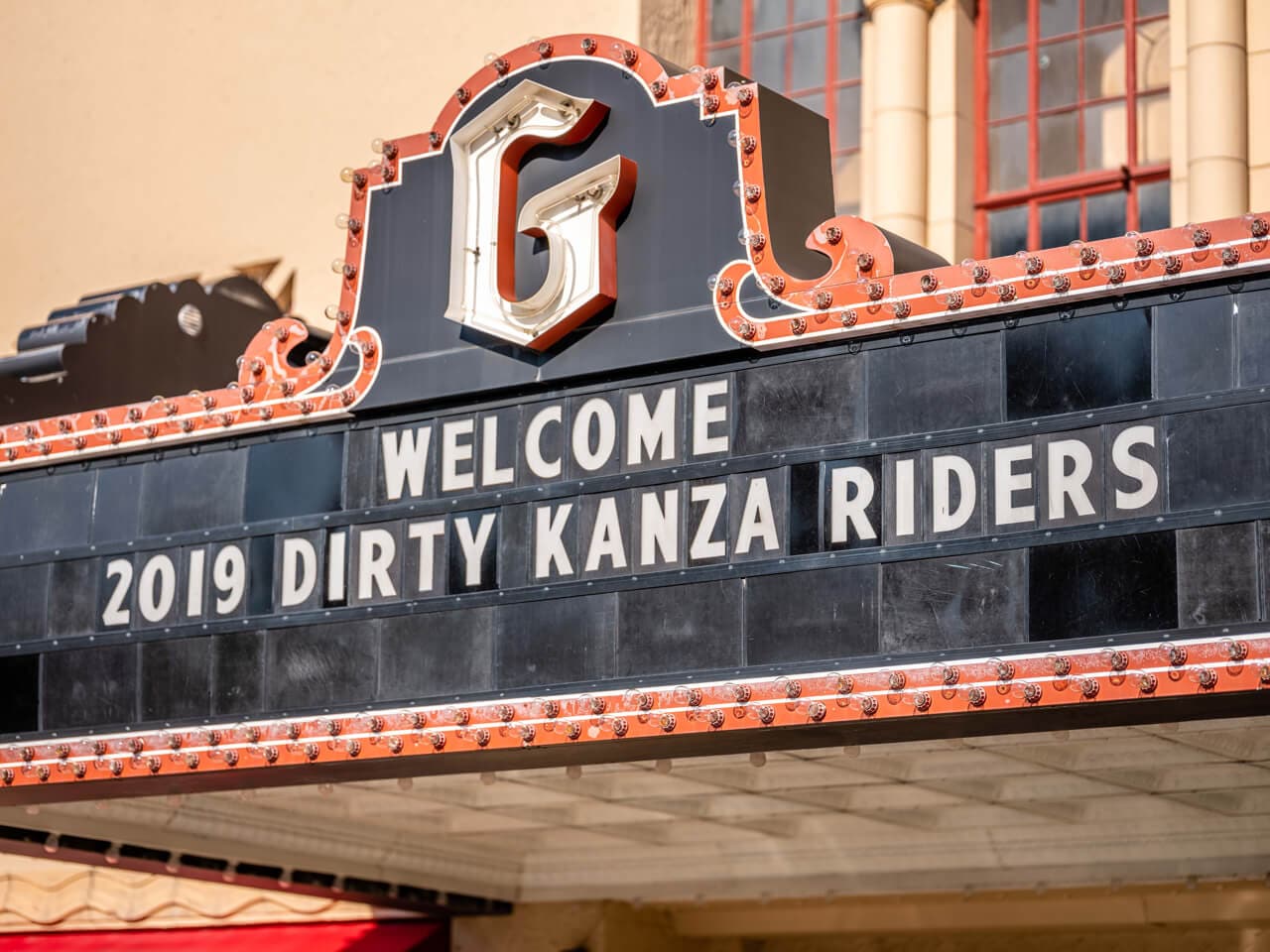 There is a saying in cycling which simply states that sometimes you’re that hammer and sometimes you're the nail. Well, at Dirty Kanza 2019 I was the nail.  Starting well, I was cruising in the second group on the road with one of my favorite people in the world when I punctured. Desperate to keep my tubeless set-up I was off the bike four times in the following 15 kilometers inflating, cajoling, plugging and then ultimately putting a tube in …which I would pinch another few kilometers down the road.

I had decided  some time ago that I would be happy if this day went one of two ways. First, if I had good legs and got in a solid group, my hope was to have a good race. Okay, so I know the real race was going to happen way up the road. I am talking about the kind of race that normal riders get to have; the kind of race that happens minutes or sometimes hours behind the leaders. Failing this, my second and frankly more likely option was to back off and simply enjoy myself once the race had gone up the road. I happily committed to option two the moment I climbed back on my bike for the fourth time. Then the cramps started. I don’t cramp. I've never cramped at this early point in an event. But I was cramping and it was bad, bleak and dark.  At this point I was 70 kilometers into this 325-kilometer monster and was just hoping I could “ride though it”. Right. Right?

For 170 kilometer I pretended my cranks where made out of the most delicate ornamental glass, I babying my cramping legs over the brutal roads of Kansas. I walked the steepest climbs. Yes, let me shout that out, I WALKED THE STEEPEST CLIMBS. I have never, ever in my life been forced to walk but I did it again and again. 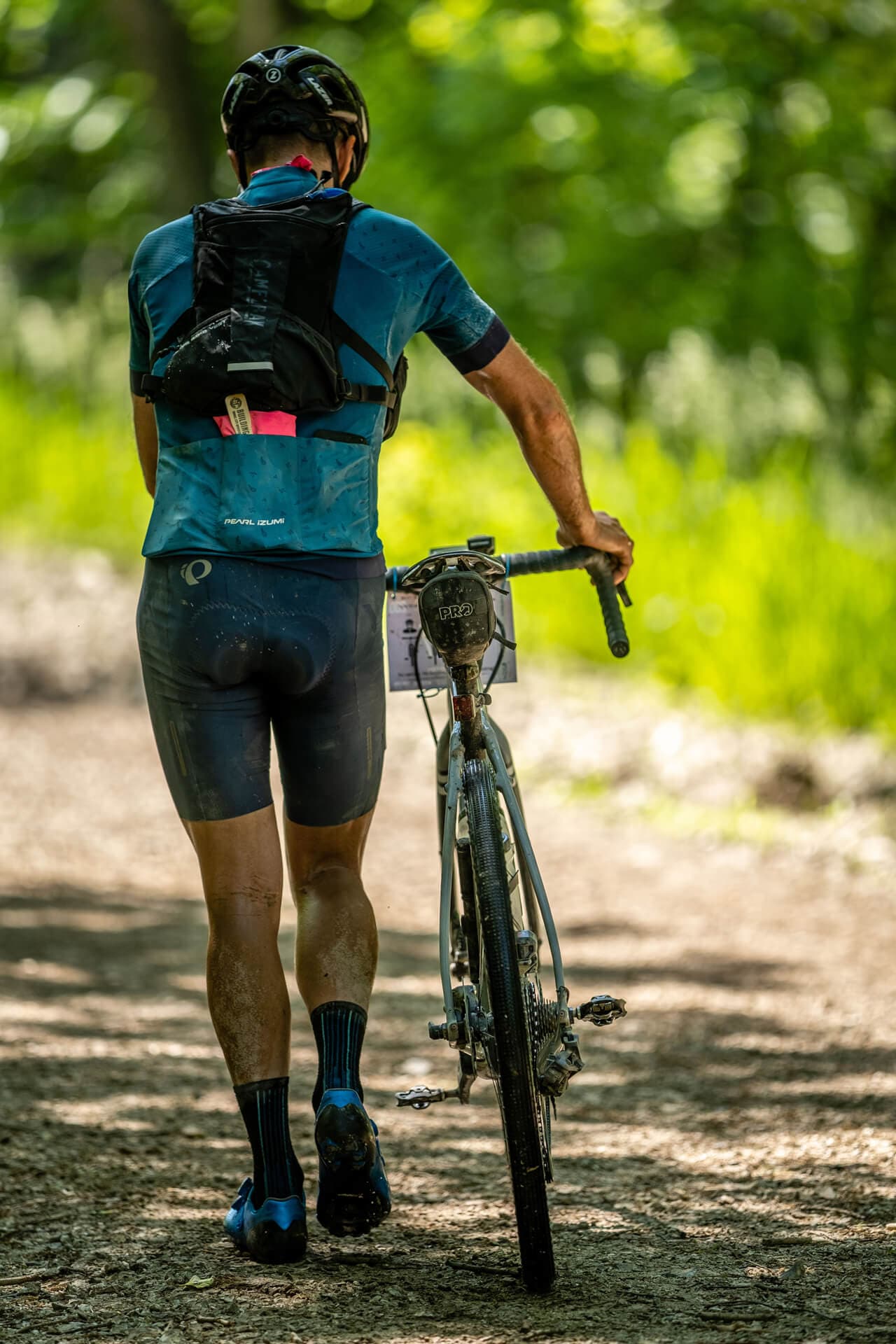 But Dirty Kanza is not an event that I wanted to quit and after hours of pain and uncertainty the lights slowly came back on for me. In fact, the light at the end of this very dark tunnel was the very setting sun itself. Racing the Sun, as they call it in Emporia, I came across the line six minutes before sunset feeling deeply satisfied and terribly disappointed, frustrated but relieved, full of pain but also joy. 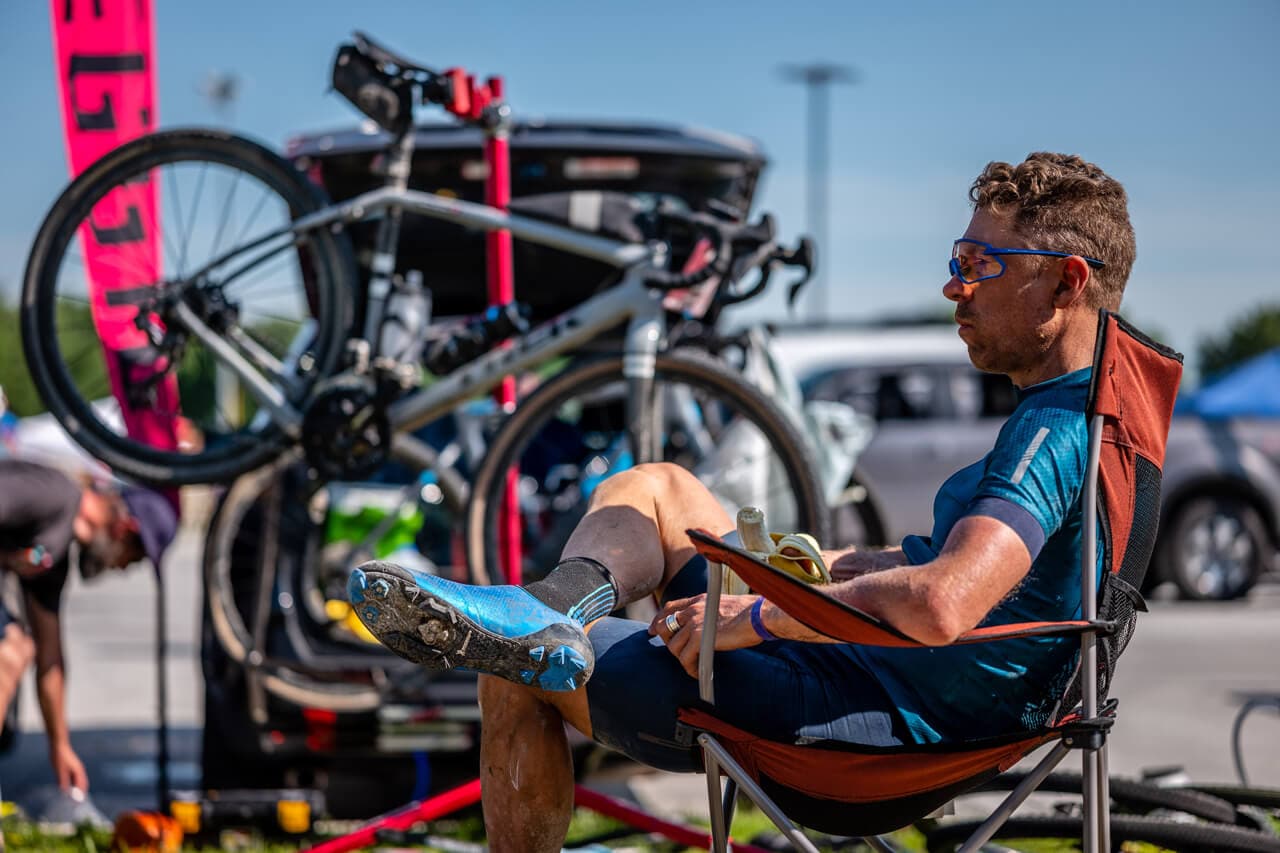 The crazy thing about DK is that, although I had it hard, so many had it worse. Honestly, the greatest kudos must go to those who struggled home long after dark for they are the true heroes of Kansas.

Okay, but let’s talk about my bike for a minute, shall we? If you look back at other posts, you will see just how much I love my gravel rig. But for the DK I was building something new. I was one of the very lucky few to get to ride the new Shimano GRX Di2 group and I decided to pair it up with a Trek Checkpoint.  As much as I was cross-eyed and suffering through much of this ride there was no doubt about the quality of the build. Indeed I had to walk a few climbs but I most likely would not have finished without the 31x34 gearing that allowed me to grovel with impunity before I wearily stepped off altogether. More important to me is the new Di2 shifter ergonomics. Able to fit my fingers between the bars and the blade of the lever I was able to descend with more confidence than ever before. Additional braking power provided by the new pivot on the lever increased my confidence even more.

As I ride without gloves I was concerned that the new, stickier hoods might be hard on my hands but even after 14 hours of brutal riding my hands were just fine. In reality, I know that I could have finished the DK200 with my old rig but my new GRX-equipped Checkpoint is simply better. More comfortable, more confidence inspiring and perfectly geared for testing oneself on the toughest terrain is no small achievement. Now that is what I call a good bike.

As I type I think I have come to a conclusion. Next year I am going to go back to Dirty Kanza, if they’ll have me, and I’ll be riding GRX.