The course for this year’s World Road Championship road race in Innsbruck has been dubbed the toughest ever. The men’s road race is 265km long and includes more than 5,000 meters of climbing. The peloton will tackle the eight-kilometer climb to Igls seven times, before moving on to a final climb at which has a section at 28 percent gradient. It’s safe to say a sprinter will not be victorious in Austria.

Because it takes place in a different location every year, the UCI World Championships has a rich and diverse history of road race courses. Here, has picked out some of the toughest courses since the event began in 1927. It was not climbing – though being in situated in the Lombardy region, on the banks of Lake Garda, there was plenty of that – but distance and heat that made the 1962 race particularly hard. The professional road race was some 296km long, the longest in the history of the World Championships, and the heat that day was oppressive. Ireland’s Shay Elliott was in the form of his life and when he got into the final breakaway of five, he looked likely to take the rainbow jersey. But allegiances were formed between the other riders and his strongest attack was chased down. Elliott’s training partner and friend Jean Stablinksi was the beneficiary. When the Frenchman counter-attacked no chase came and he rode away to the title. 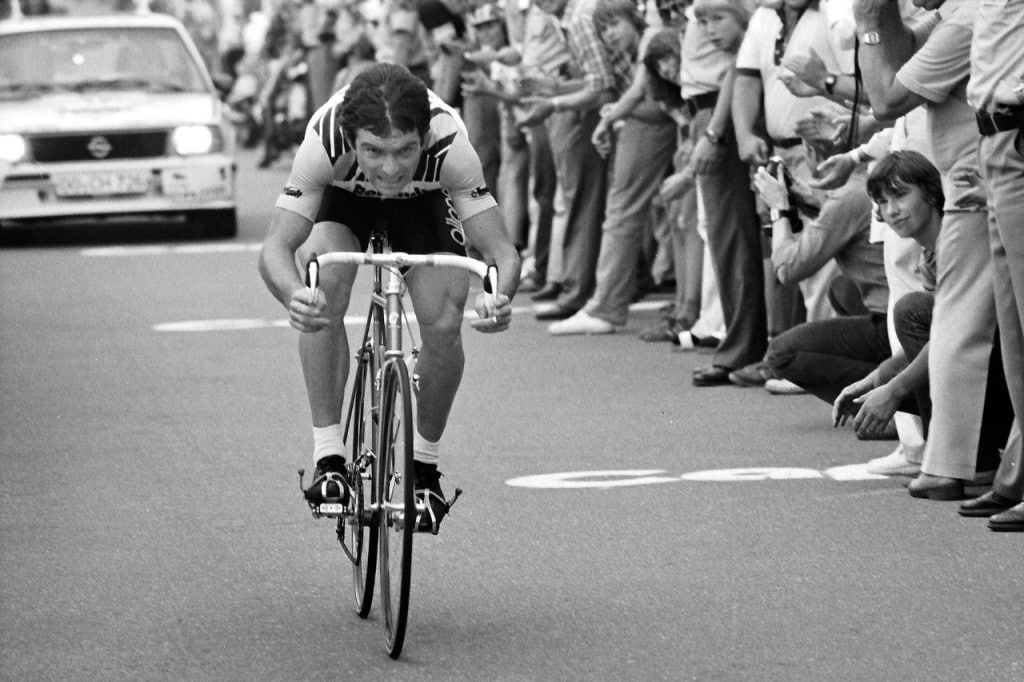 If a Worlds course was ever designed with one rider in mind, it was at Sallanches in the Haute-Savoie. In 1980, at the age of 25, Bernard Hinault had already won the Tour de France twice along with a host of one-day classics. Always an aggressive racer, Hinault came to the Worlds as favourite and didn’t disappoint.

The race was scheduled to complete 20 laps of a 13 kilometre course, including the four kilometre climb of the Côte de Domancy, whose gradient ranges between 8 and 15%. Hinault later claimed it was the hardest ever Worlds course. His tactic was simple and brutal. 80km from the finish he began attacking from the foot of the climb, on every lap. Dozens of riders were dropped each lap, until he was left with only one rival on the final climb. And that didn’t last long. Hinault soloed to an emphatic and very popular victory. 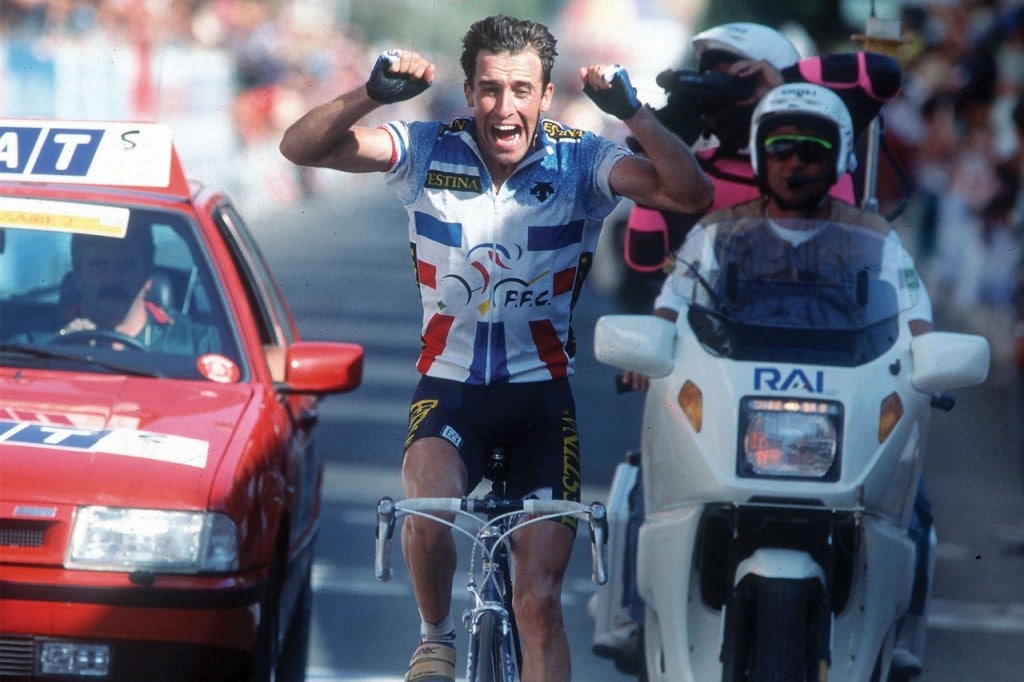 In the heat of a Sicilian August, the town of Agrigento played host to the World Championships. It was the first year of the World Time Trial Championship and Britain’s Chris Boardman took the inaugural title. In the blue riband event, the men’s road race, there was a fierce battle between the two strongest teams, Italy and France. The temperature and the long, exposed climb up into Agrigento together fractured the race. By the last lap only France’s Luc Leblanc and Italy’s Massimo Ghirotto were left. Ghirotto had a superior sprint, but couldn’t restrain Leblance on the final climb. The tifosi went home disappointed. As might be expected of a road race course in Colombia, there was a great deal of climbing facing the peloton in the 1995 edition. The climb tackled 15 times during the race took in 400 metres of ascent and topped out at 2900 metres altitude. Miguel Indurain had spent several weeks at altitude in Colorado preparing for the rigours of such a course, but in the finale it was his compatriot Abraham Olano who triumphed. After a long wearing down process, not helped by persistent rain and erratic road surfaces, the race came to down a small elite leading group. Coming off a successful Vuelta Espana, Olano slipped away. The Spaniard was riding one of the earliest incarnations of Shimano’s famous Dura-Ace groupset and despite a punctured rear wheel in the last kilometre, he held on for a brave and tactically clever victory. When the riders rolled out of Lucca under heavy rain, they knew a tough day lay ahead. The 2013 course was an example of a modern trend, where a long loop is described early in the race before moving on to a more traditional finishing circuit. In this case the circuit was 17km long with a 5km climb to Fiesole. The elite men’s race covered 273km, making it one of the longest in the last 40 years.

The rolling Tuscan landscape combined with the weather to create a war of attrition. Crashes and punctures contributed and though the Italian team looked strong with 100km to go, they somehow ended up out of the medals. On the last lap, just as the sun came out, Portugal’s Rui Costa outfoxed Spain’s Joaquim Rodriguez in a thrilling two-man sprint, with Alejandro Valverde taking bronze. Behind them, scattered over the hills around Florence lay the battered bodies and dashed dreams of many professional bike riders.