The Return of Kabush! 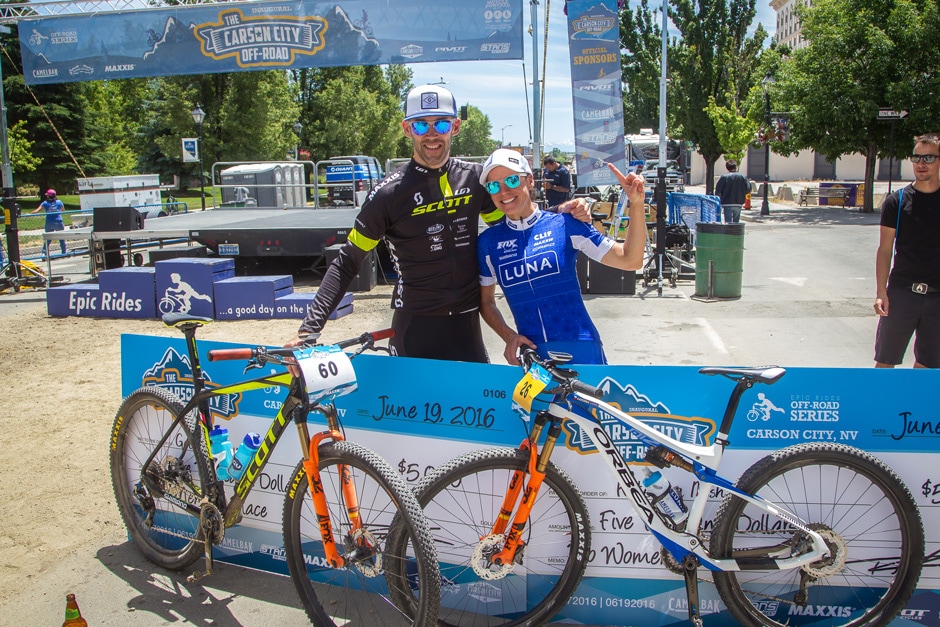 After winning the “Epic Rides” Whiskey 50 two years in a row, 2012 & 2013 the last 2 years have not been so kind to Geoff Kabush. That all changed this past weekend when Scott 3 Rox/Shimano rider Geoff Kabush won the Fat Tire Crit Friday night and followed it up with a smashing win on Sunday in the inaugural Capitol 50 in Carson City Nevada!

Geoff noted “It was a really hard race and if not for a little gap he was able to get going into a dusty section of trail called “Secret Trail” shortly before the last climb it would have come down to a really close battle to the line” Luckily for Kabush he was able to build a little cushion and kept his head down to take a solo victory by just over a minute.

Another rider who tasted victory was 15 year old Jake Yackle who crushed the previous days Amateur 50 mile race with a convincing victory by almost 5 minutes over the second place finisher. Jake’s time would have placed him 29th in Sunday’s the pro men’s field! Needless to say this performance raised a few eyebrows in the pro men’s field!