Barro in the Basque Country

The second stop of the Copa España headed to Karrantza, Spain, a small village about an hour’s drive along winding mountain roads from Bilbao. The pueblo sits in a verdant valley, flanked by steep hillsides covered with trees and the occasional flock of sheep. Overnight rains turned Karrantza’s grassy fields into greasy ribbons of muck. “Barro” is the Spanish word for that glorious slop that makes ‘cross racers froth. After a month of dry conditions in Belgium, Andrew Juiliano of Grit World Racing found the dreamiest of cyclocross conditions in the heart of the Basque Country. 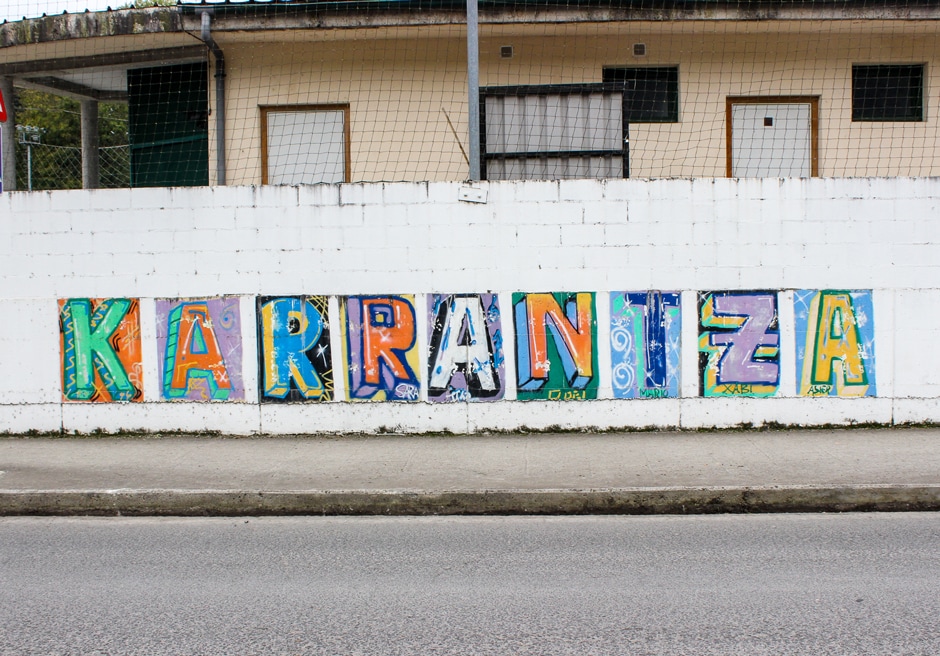 Karrantza was stop number two of the Copa España. The town is located about an hour southwest of Bilbao, the bustling Basque metropolis famed for its tapas and the wild architecture of the Guggenheim Museum. 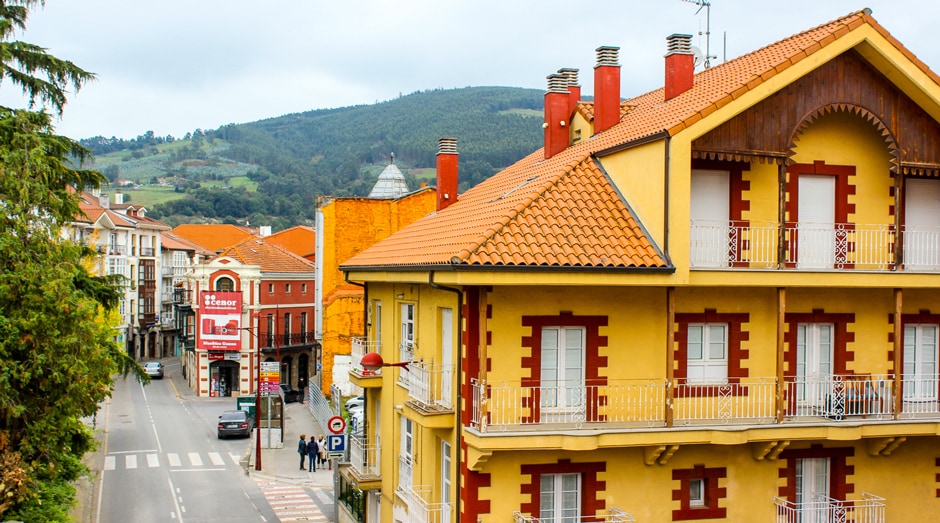 A common view of rural Basque Country in Northern Spain. The region has steep mountains covered in green pastures and pines with small towns, tight streets and market squares in the valleys below. This is actually the town of Ampuero, about 20 minutes from the start line in Karrantza. 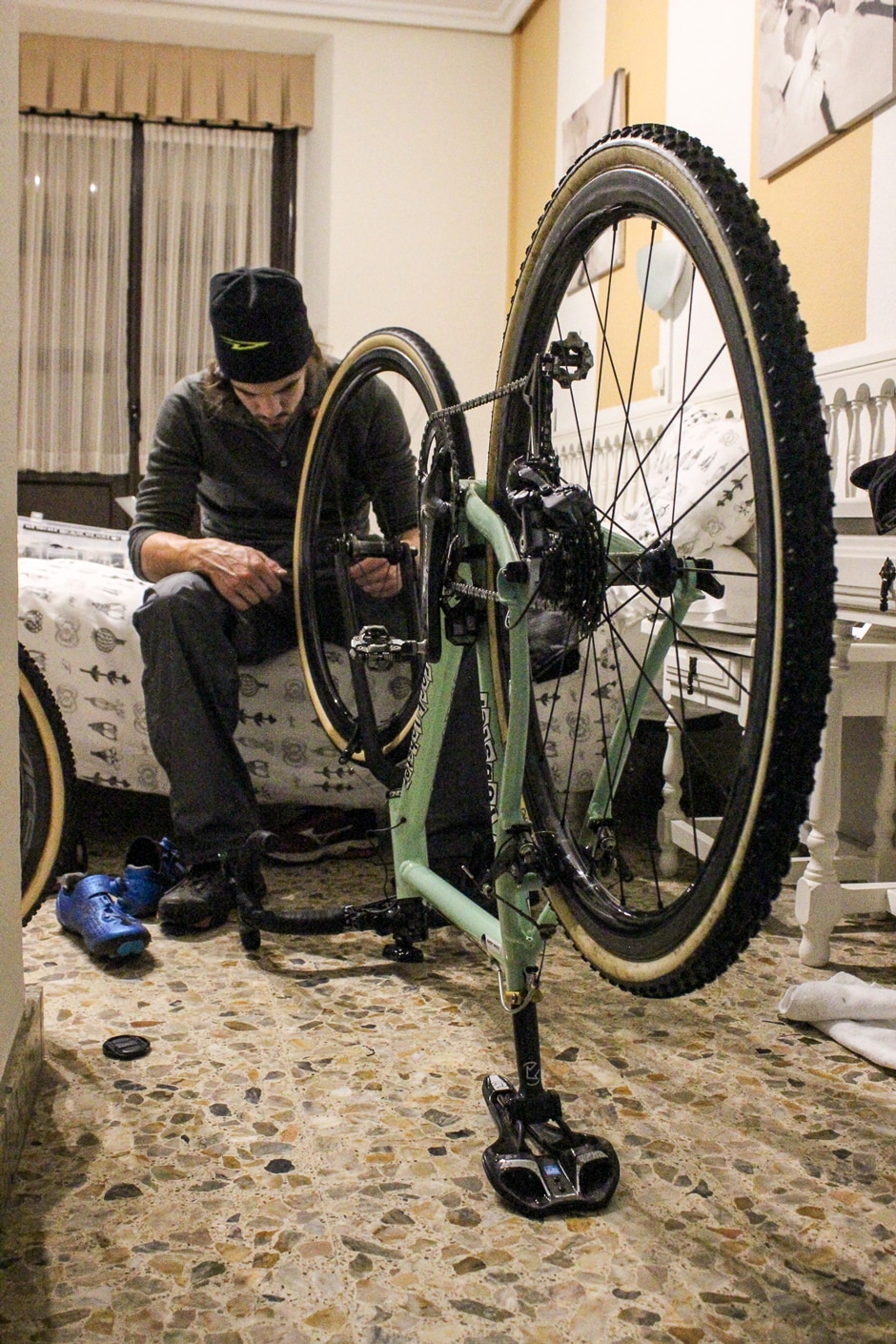 Some errant line exploration during the pre-ride left Andrew hunched over his bike in the Hostal La Pista, dialing in his setup the night before the race. 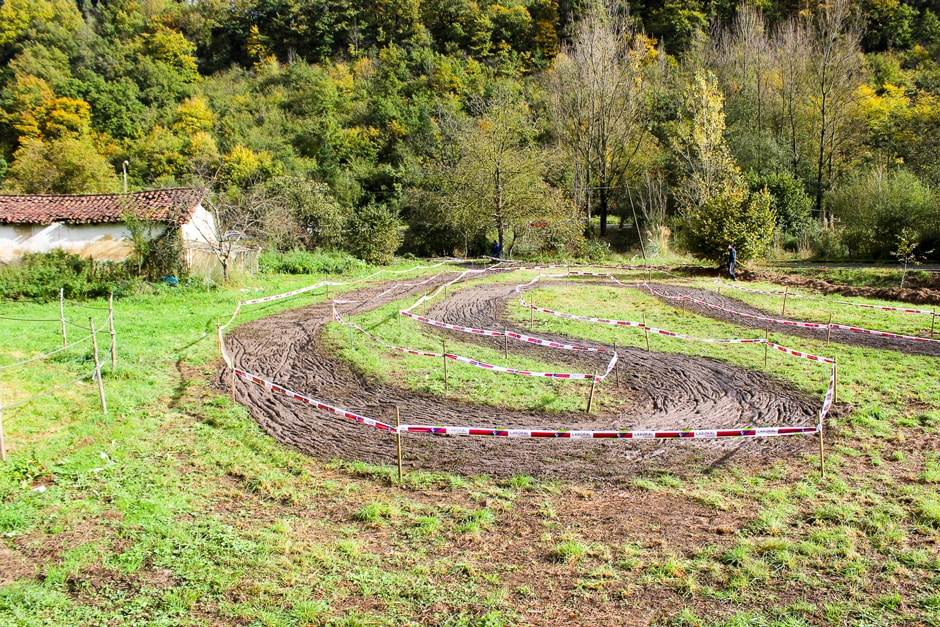 All that green, green Basque Country grass turned into a brown, muddy mess on race day. “Barro” is the Spanish word for mud, and it was flying around conversations the entire raceday. Spanish cyclocross starts are a little different. No two-minute warning. No thirty seconds to start. The official just wandered to the side of the track and blew the whistle. From there it was full gas, fighting for the first corner. Good starts are important for dry courses, but they are imperative in the slop and mire. 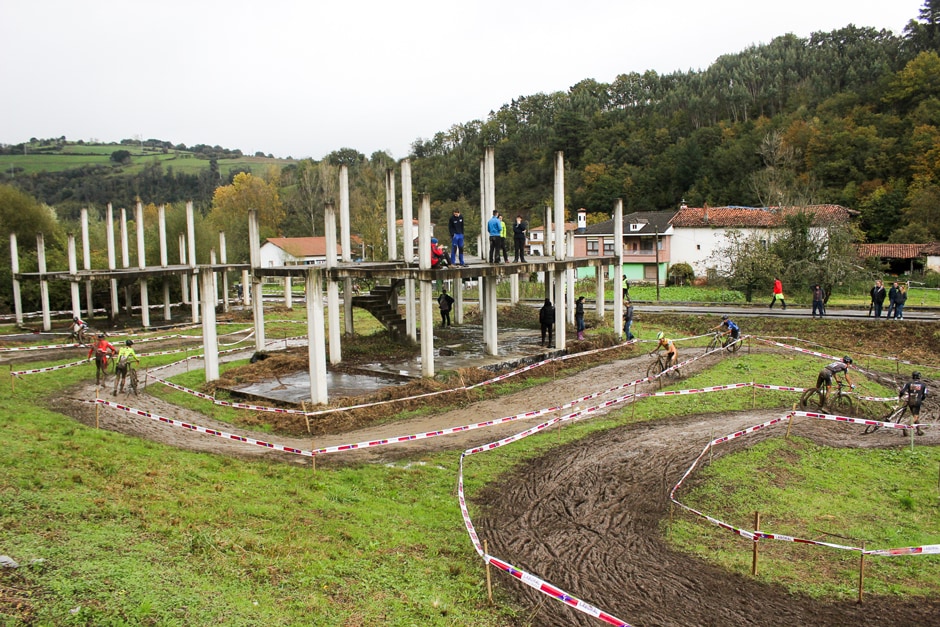 The track at Karrantza wound through the unfinished foundations of a housing development on the outside of town. These concrete skeletons are reminders of the global housing crisis that started in 2008. The recession hit Spain especially hard, and nearly ten years later, these projects still stand abandoned, stark backdrops during the town’s biggest cycling event of the year. 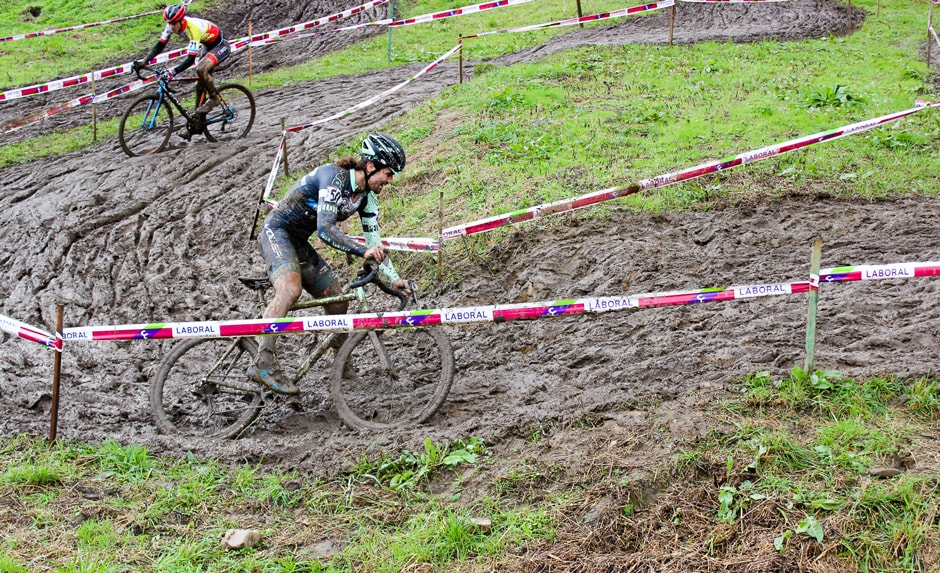 Thick, heavy mud covered portions of the track, making even the slightest rise a real test of skill and power. This one turn in particular had a outside rut that if ridden, was good for at least a five or six second advantage. Of course, you could also lose five or six seconds (pictured here) if you mucked it up. 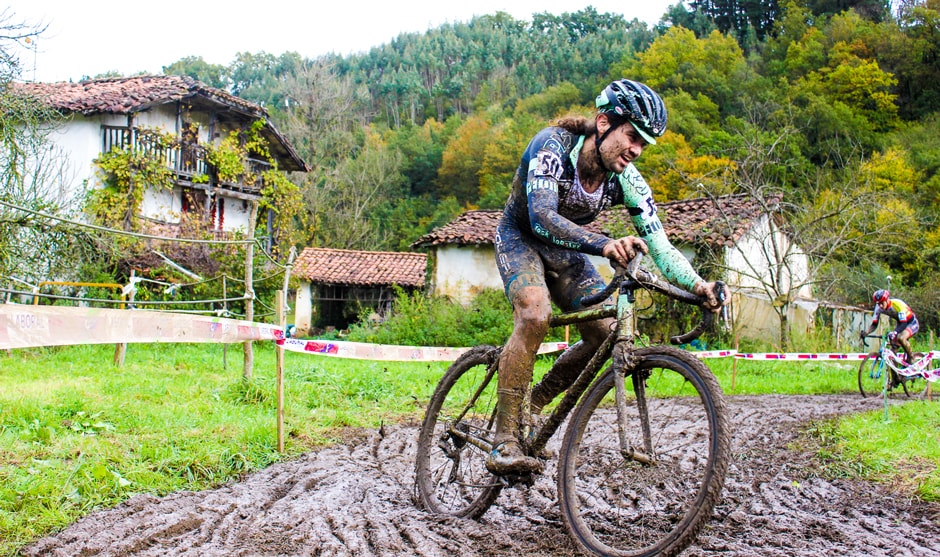 Mud changes everything. This was a rideable, punchy power climb during Saturday’s preride. By Sunday, it was a muddy run up, with rocky land mines waiting to blow up 19-PSI tubulars. It was a popular spectating spot as after the remount, the track slid down the steep hillside and through a deep puddle before spitting out onto the pavement. 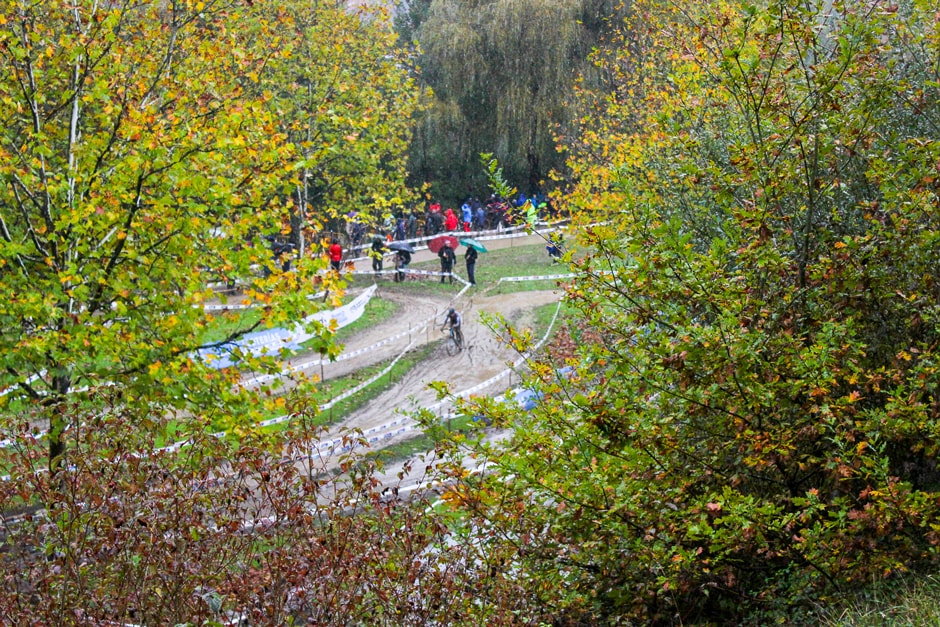 The wet climate of the Basque Country makes for brilliant green colors on the surrounding hillsides. By the beginning of November, the leaves started to change, adding a touch of autumn to the lush landscape. 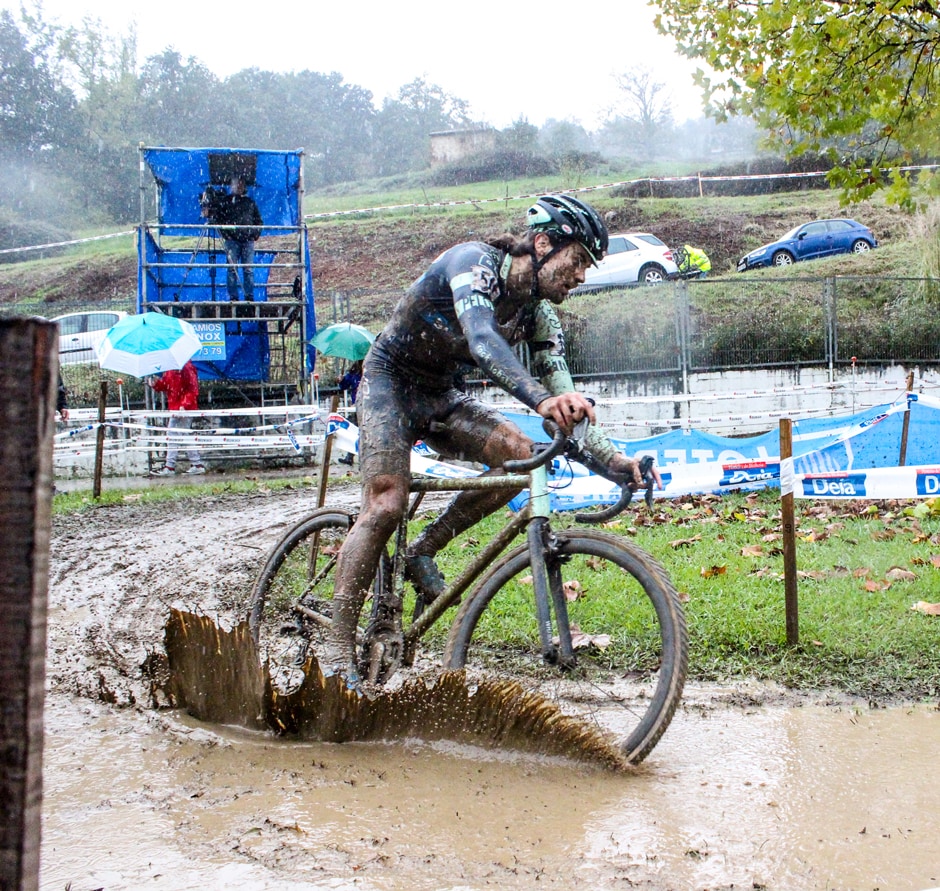 The later portion of the course remained very wet, which was actually a benefit as the standing water kept the mud loose and washed the grime from bikes. 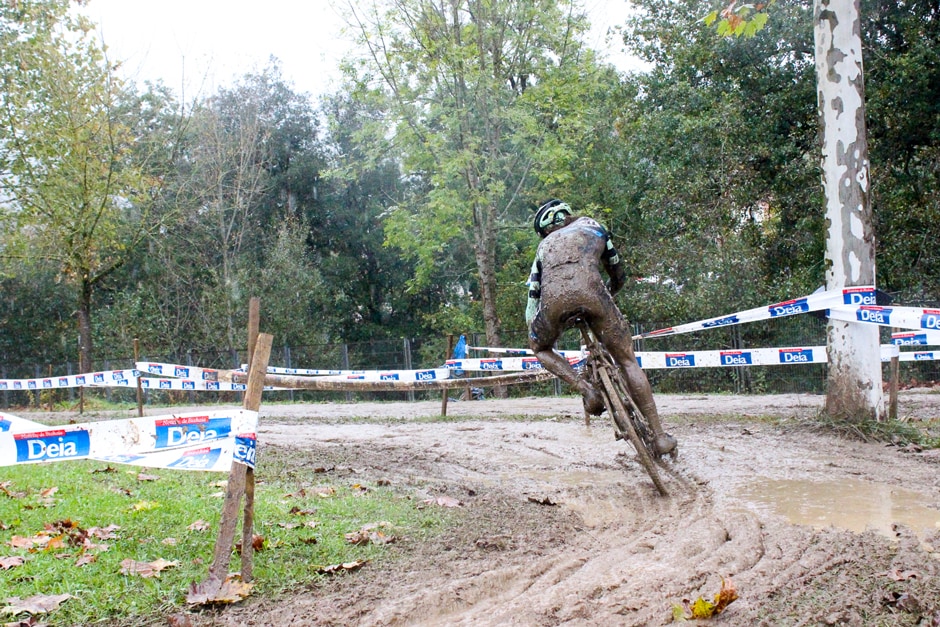 Of course, not even a few puddles will wash all the filth from rider and bike during a muddy cyclocross race. 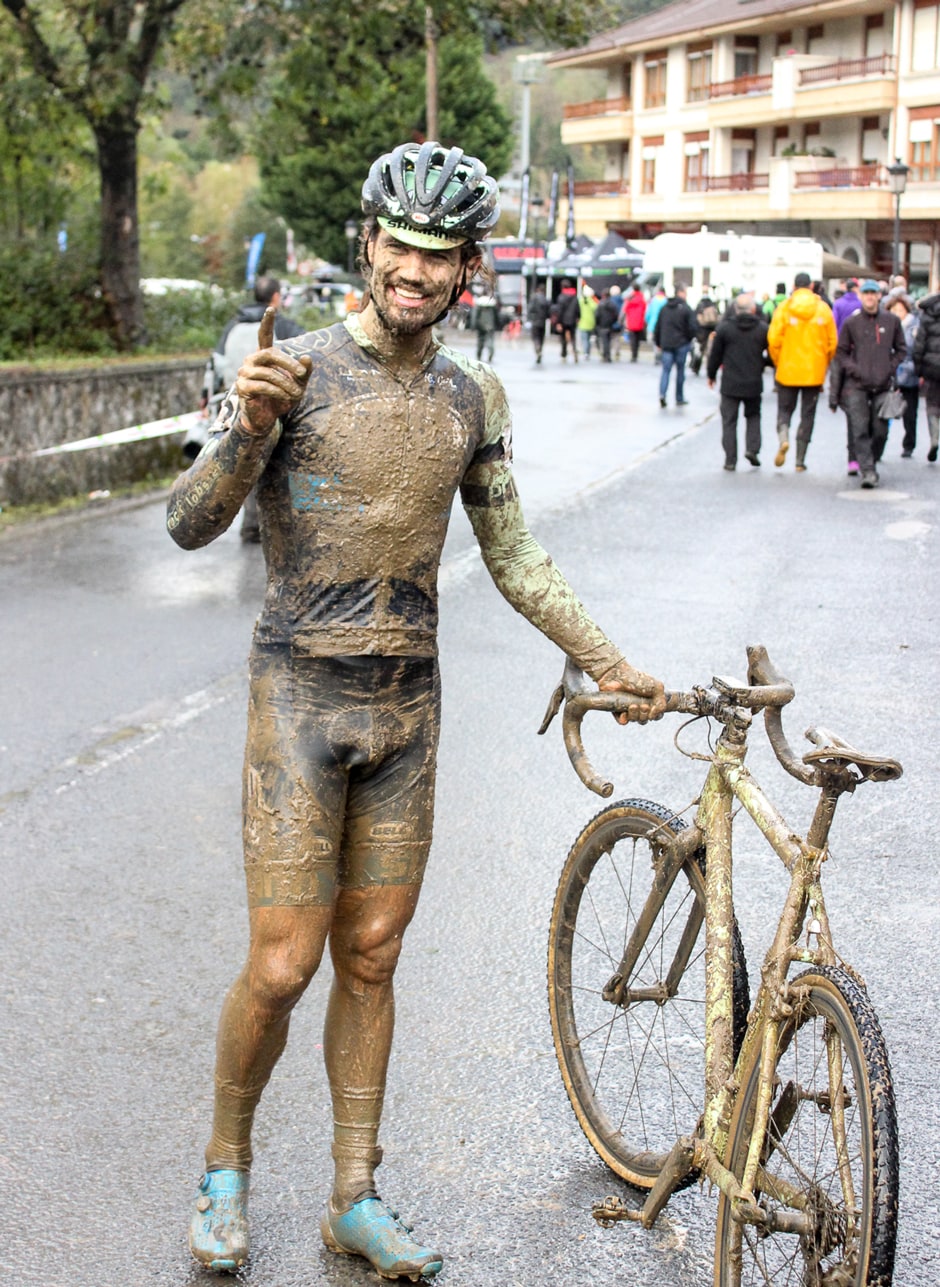 Don’t let the finger fool you, there was a four after that one, as Andrew finished 14th of 77 racers in Karrantza. That smile is genuine though–even a subpar result can’t wipe the grin off his face following an hour of dreamy cyclocross conditions. Next up, Andrew and Grit World Racing head to Elorrio Ziklokrosa Basqueland on November 12 for the third stop of the Copa España.

For more on Shimano sponsored athlete Andrew Juiliano and the Grit World Racing Team, check out gritworldracing.com or follow them on Instagram: @drewliano