Andrew Juiliano continues his European Cyclocross tour, taking on Superprestige-Ruddervoorde battling along the likes of Mathieu van der Poel and Wout Van Aert. The American Cyclocross rider, who refers to himself as the having the 'furriest legs in Flanders', shares his race-day thoughts and experiences with us below. 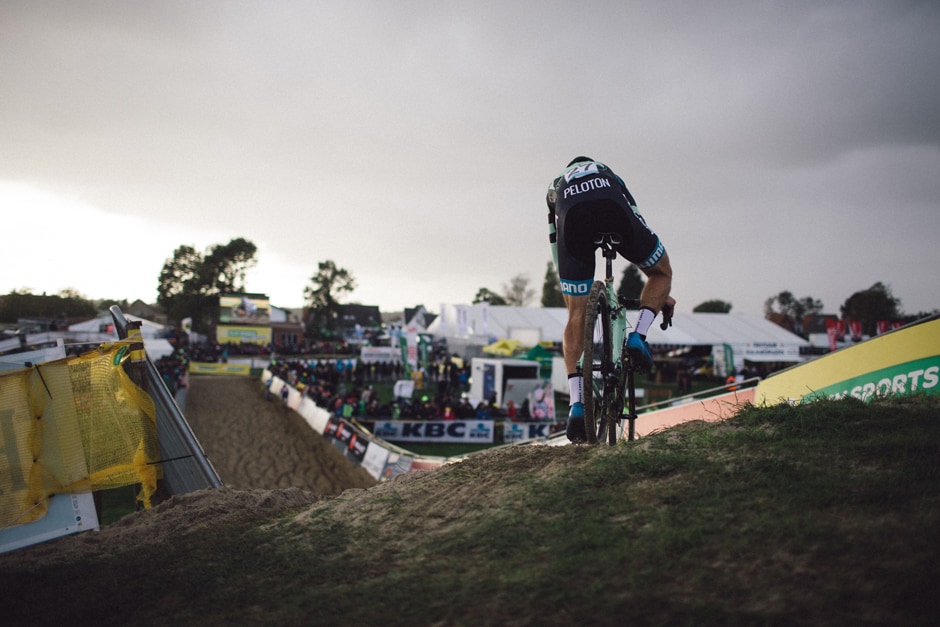 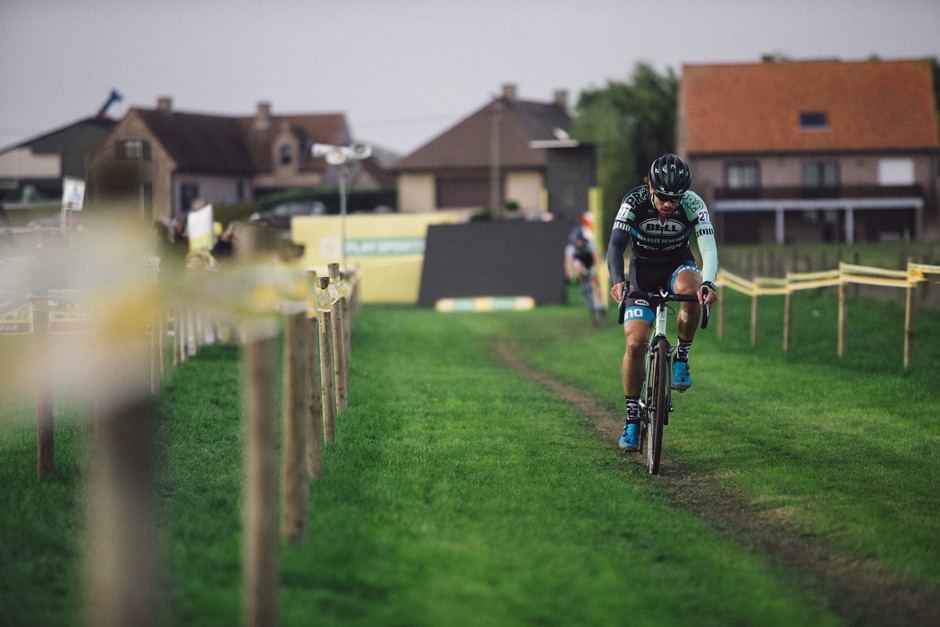 If you're not puckered up steering through a technical corner or balancing along an off camber, you're sitting in the pain cave, powering over the flats. No respite on these Flemish tracks. 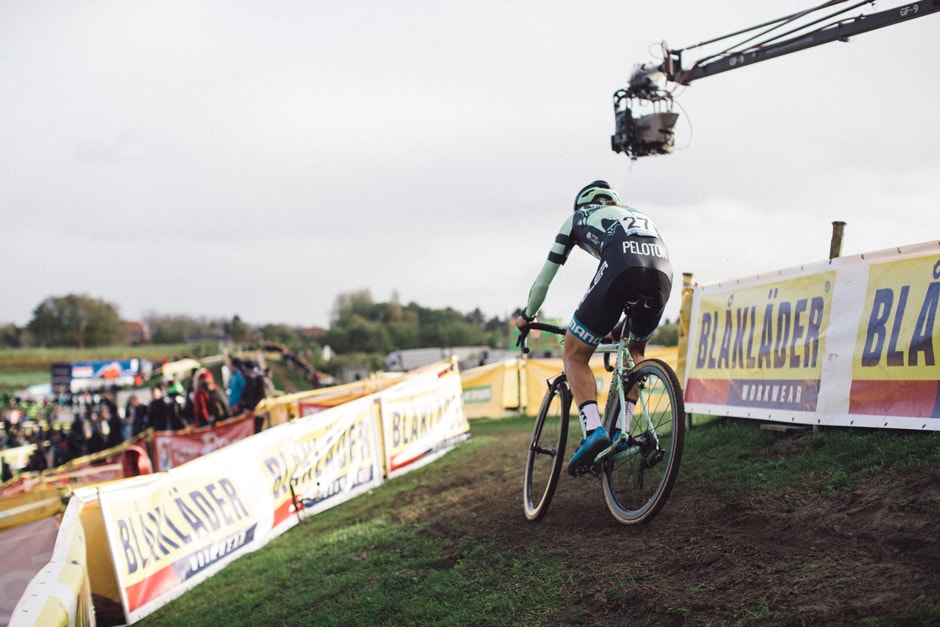 If you ride fast enough, or do something really really silly, the cameras will catch it and you'll wind up on Flemish TV. These races are the main event, and at 3 o'clock on Saturday Flanders tuns in to watch the men's cyclocross races. 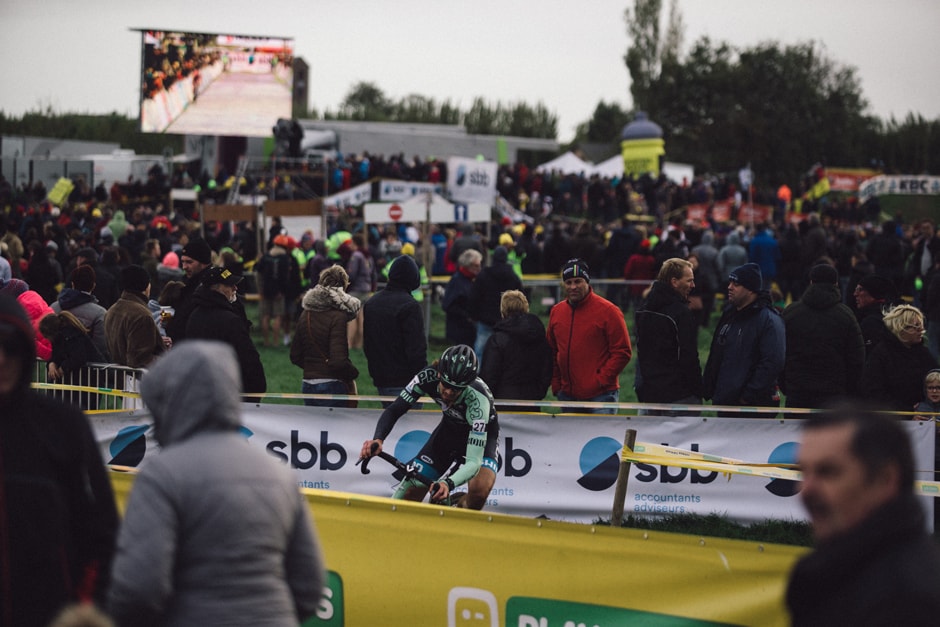 What was just a cow pasture the week before transformed into a packed cyclocross stadium on Sunday October 29th. 12,000 fans descended on Ruddervoorde and the course swooped through the hordes. The rain started to fall halfway through the Super Prestige Ruddervoorde. The weather in Flanders changes so quickly. Sun shone at the start, then the showers passed through, before clearing again shortly after the finish. For a mostly flat country, course designers sure find enough elevation to really put the sting in these courses. The bumps were all of 7 meters high at most, but the punchy ascents and steep runups sure inject additional hurt into the field. 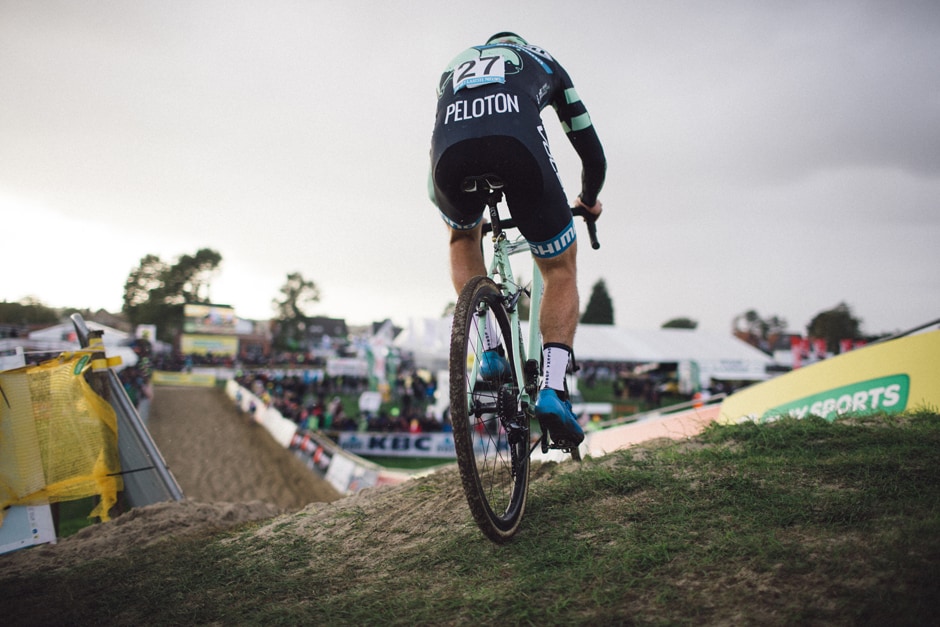 Looking down the gullet of the Ruddervoorde sandpit. It wasn't nearly as savage as the pits of Zonhove or Koksijde, but it still demanded the power to push through the sand with the precision to stay in the ruts. 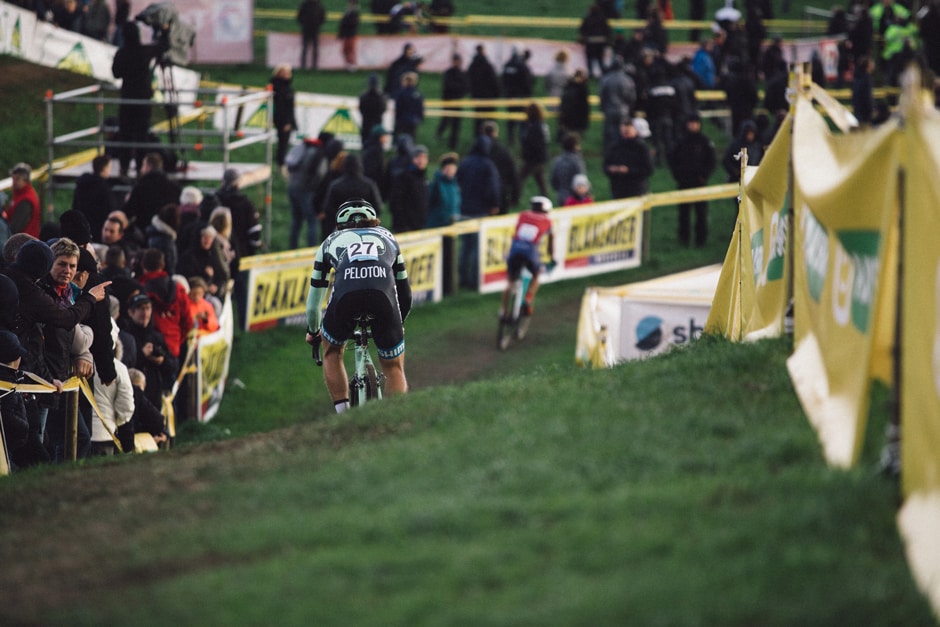 Even the backs of the fields are stacked. That's Drew struggling to regain contact with five-time Japanese National Champion Yu Takenouchi. 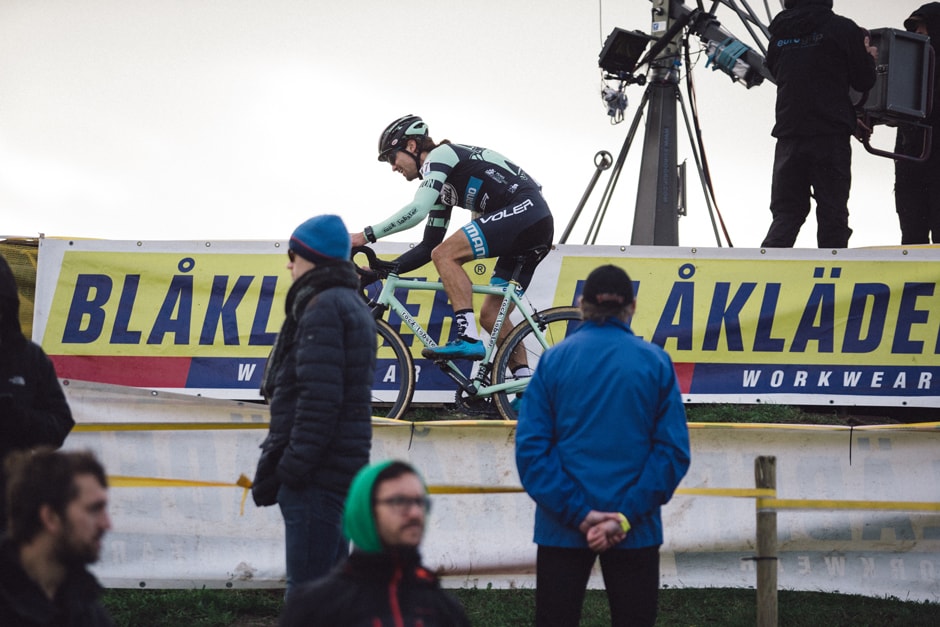 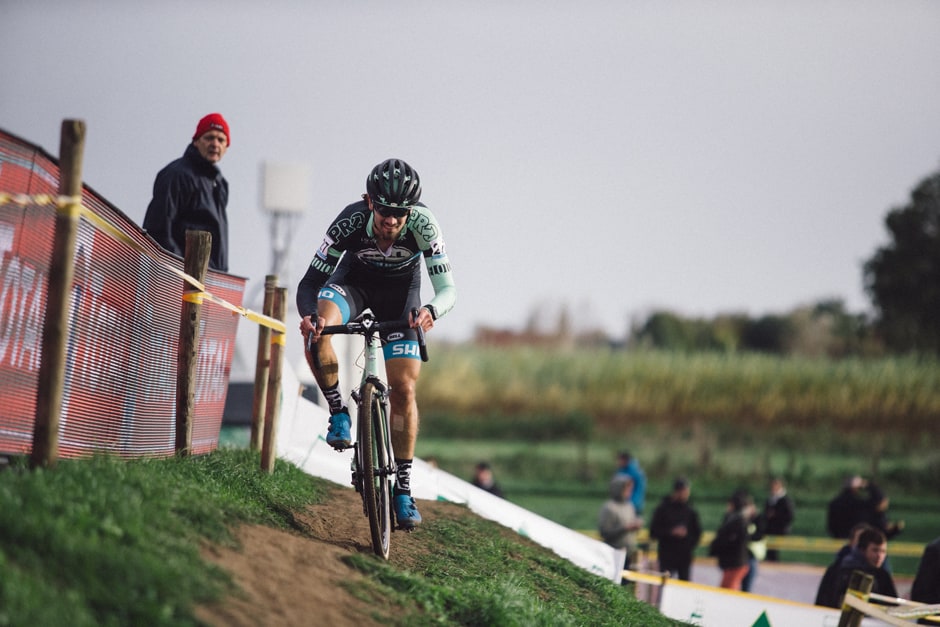 Flanders may be a mostly flat country, but the power sections on their cyclocross courses are not. Coast through this off-camber, and it was extra effort to climb the knoll into the upcoming chicanes. 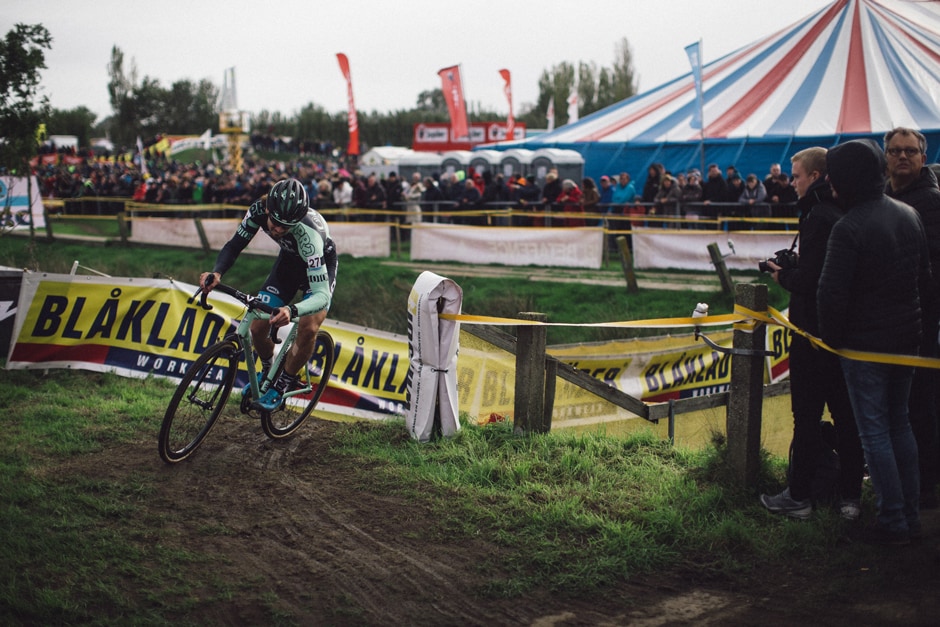 The circus tent that blared techno from start to finish. It smelled like smoke and muck, but was the place to be for 1 Euro Jupilers and the Flemish sing-along to YMCA. 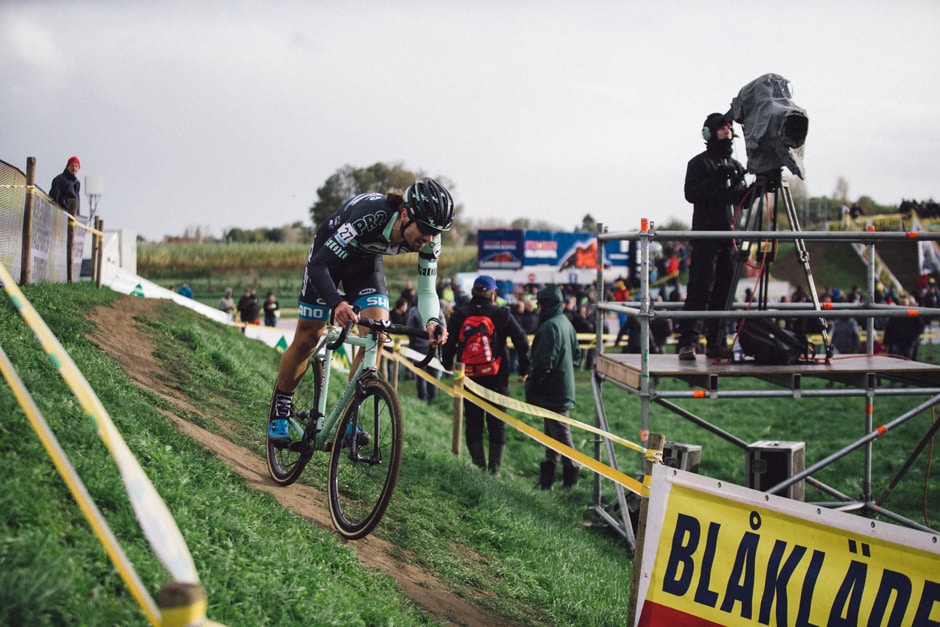 The cameraman who captures all the pain and suffering for the giddy viewers watching VRT in Flanders, (or those faithful US fans searching for a pirated Superprestige stream).