If you've been keeping a keen eye on Shimano news you'll have seen our first major product news of the year comes from our premium S-PHYRE R and S-PHYRE X eyewear.

We're incredibly proud of these glasses but we can't take much of the credit. That really has to go to the riders at Team LottoNL-Jumbo. During 2017 whenever the cameras weren't around (and sometimes when they were) we asked them to test a variety of shapes and styles of eyewear to find the best frame shape and lenses for a demanding racing season.

From the desert dust in Abu Dhabi to the seasonal snow flurries at Omloop Het Nieuwsblad, riders eyes face up to a barrage from the elements which is why its so important to make sure they're well protected. 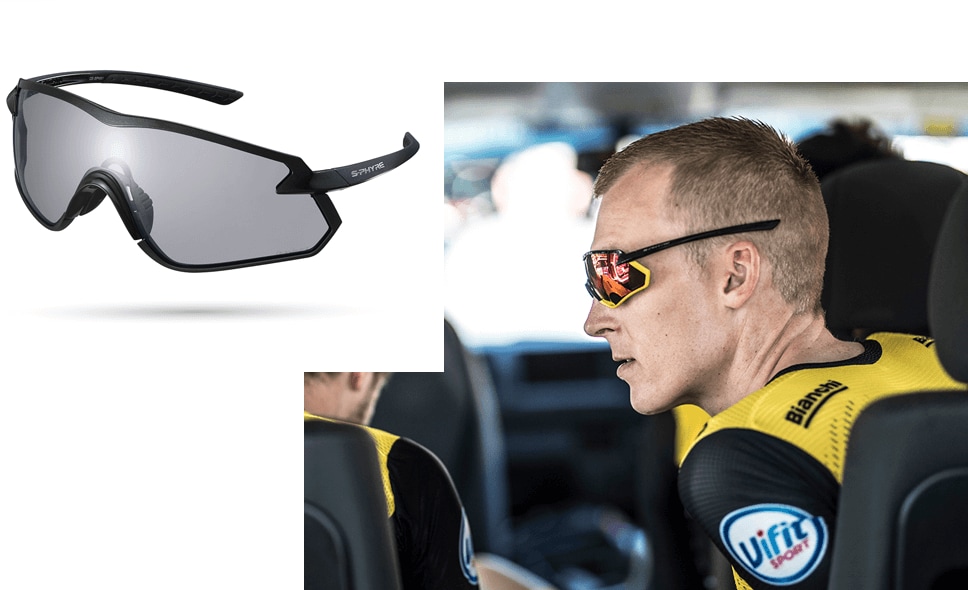 We didn't just want to imagine what made a good pair of racing eyewear though, we wanted to study it at length. Over the course of 2017 we asked a sprinter like Dylan Groenewegen to describe what he sees and what he focuses on in the final 1 to 2 km of a race. Then at the finish line, once he'd caught his breath, we asked a climber like Primoz Roglic to describe how he feels about his eyewear when his entire body is drenched in sweat and he's gasping for oxygen under scorching sun. And more generally we asked long-standing riders like Danny Van Poppel, Jos Van Emden and Robert Gesink about how the right eyewear helped to keep them comfortable, clear headed and responsive when there's chaos all around.

We took all this data away and studied it with prototypes in the wind tunnel and with riders in a heap of different light conditions. All of this information began to add up to the very principles that S-PHYRE embodies - maximizing power transmission through the combination of fit, weight and aerodynamics. 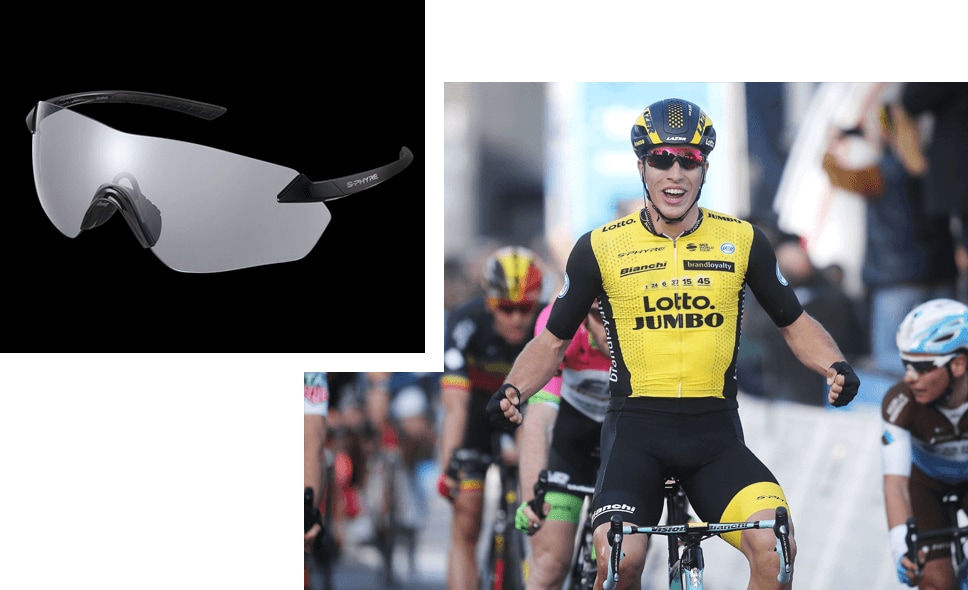 By the time early 2018 came around we'd developed two designs. Both fit snugly around the temples and the brow to reduce airflow turbulence. Some riders preferred the S-PHYRE R which came as a frameless one-piece lens for better visibility and wind protection, and a stress-relieving effect on the cheek bone, whilst others preferred the S-PHYRE X with the top half-frame to hold the lens in place and a detachable lower frame to protect cheek and lens.

With the team being split pretty much equally on which they preferred the real crunch question was which model was going to win first. It didn't take long to find out! But the time they were unveiled to the public on February 22nd, thanks to heroics from Van Poppel and Groenewegen both models had notched up plenty of time on the podium. 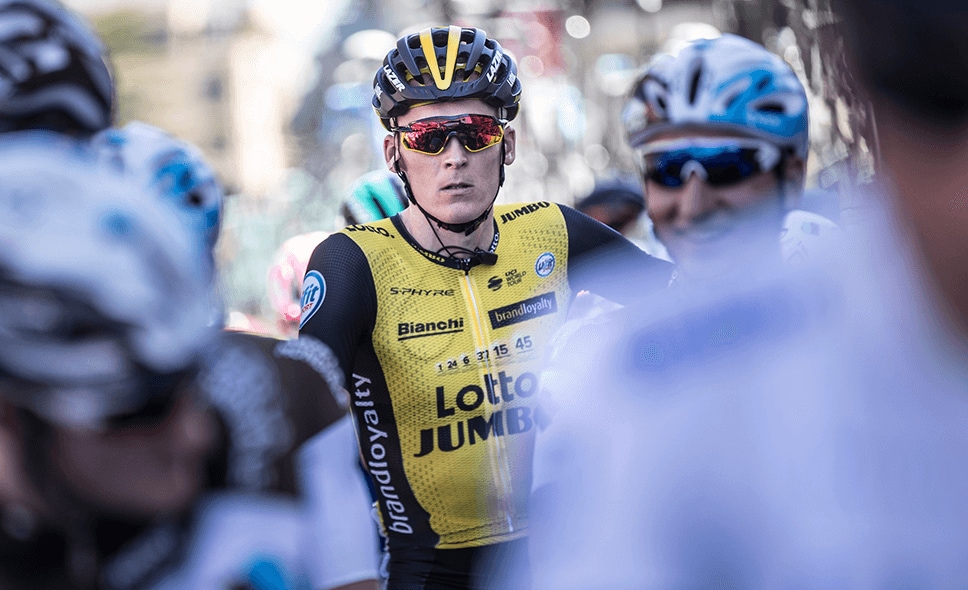