HOME > INFORMATION > NEWS > HOW TO TRAIN FOR BELGIAN CROSS

How to Train for Belgian 'Cross

Belgium cyclocross racing presents numerous obstacles for foreign racers. Sometimes, just getting to the start line is a major challenge. Kermiscross was set to be Andrew Juiliano’s second race of his season-long Belgian campaign, but the Californian didn’t have a ride to the race. That didn’t deter the Grit World Racing p/b Shimano rider. He shouldered his race gear and spare wheels, pedaling to Oudenaarde Station with his manager, Annick. Together traveled by rail and bike to the start line in Ardooie, 40 kilometers away. They had gotten there. Andrew was going to race. 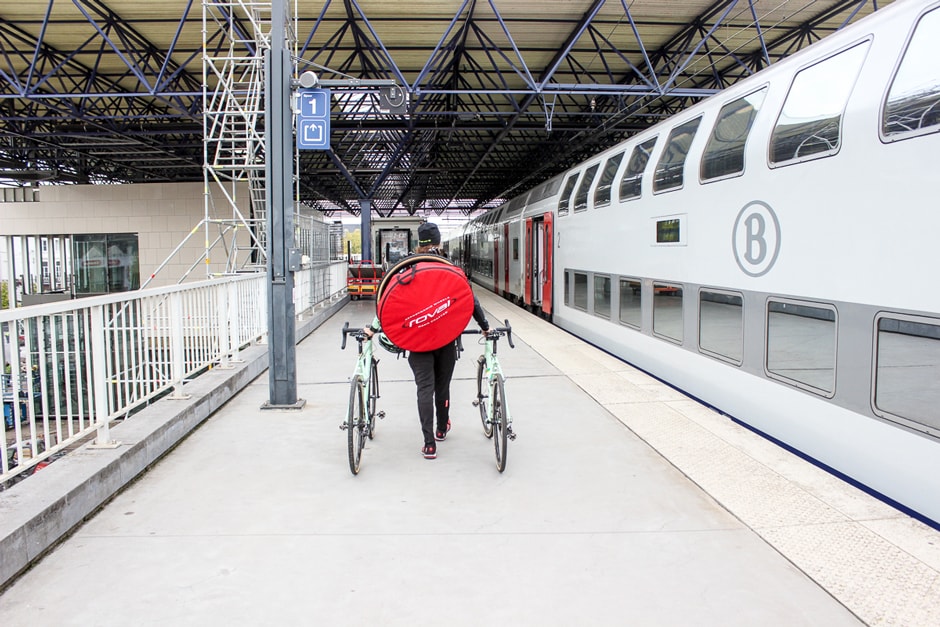 I had no ride to the start of Kermiscross in Ardooie, but I did have a start contract. The race was only 40 kilometers from home, so my manager, Annick and I, decided to take the train to the race. 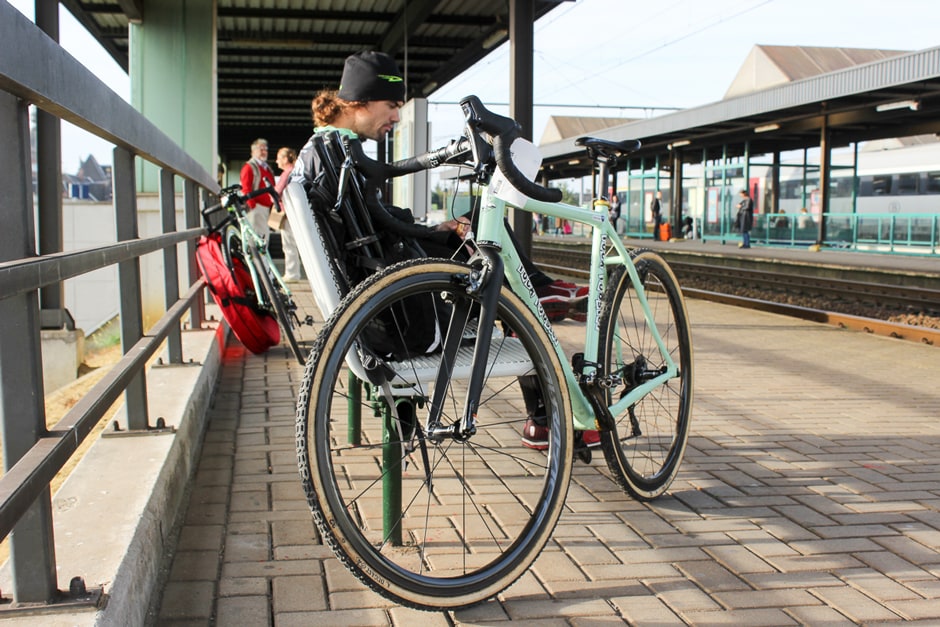 Sitting on platform one in Oudenaarde, Belgium, waiting for the train to Roseleare. We had two bikes, one spare set of wheels, and the race essentials in tow. 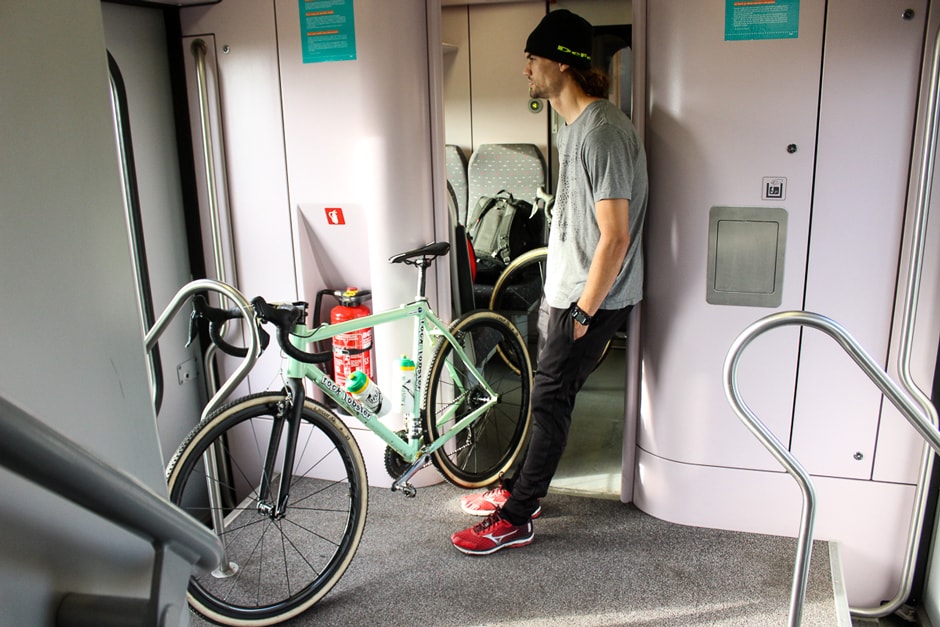 The train ride takes about 45 minutes and rolls along through the pastoral Flemish country side. The midday, midweek train was pretty empty, so we took over one of the cabins with bikes and gear (with the blessing of the ticket collector, of course). 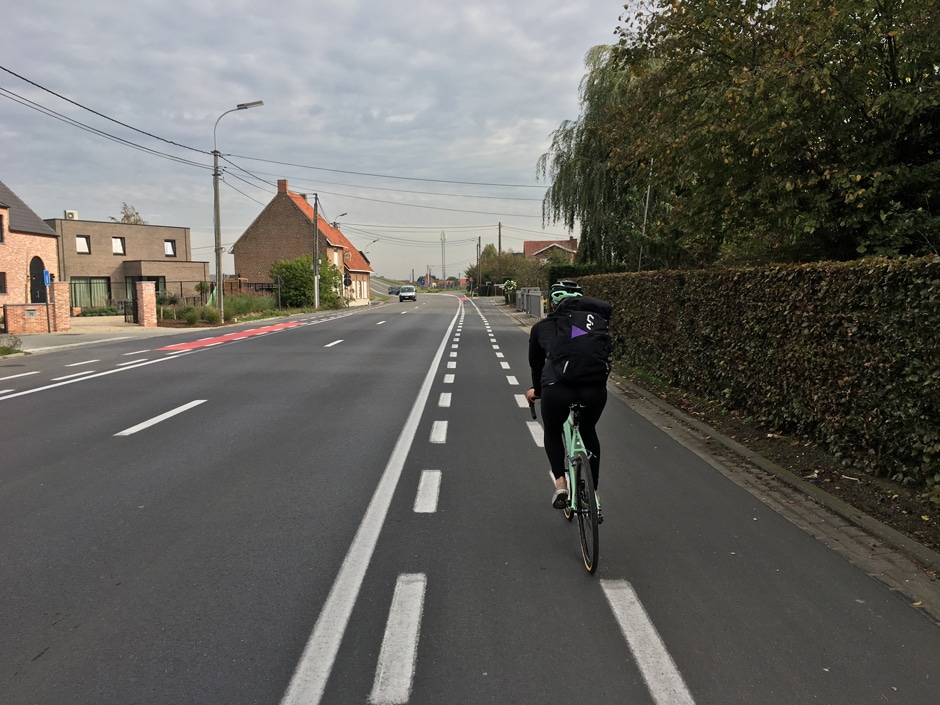 From Roseleare, it was a 8 kilometer pedal to the Sporthal De Ark in Ardooie. Having a support crew in Belgium is essential, and Annick went above and beyond, carrying extra clothes and riding the pit bike to the race. 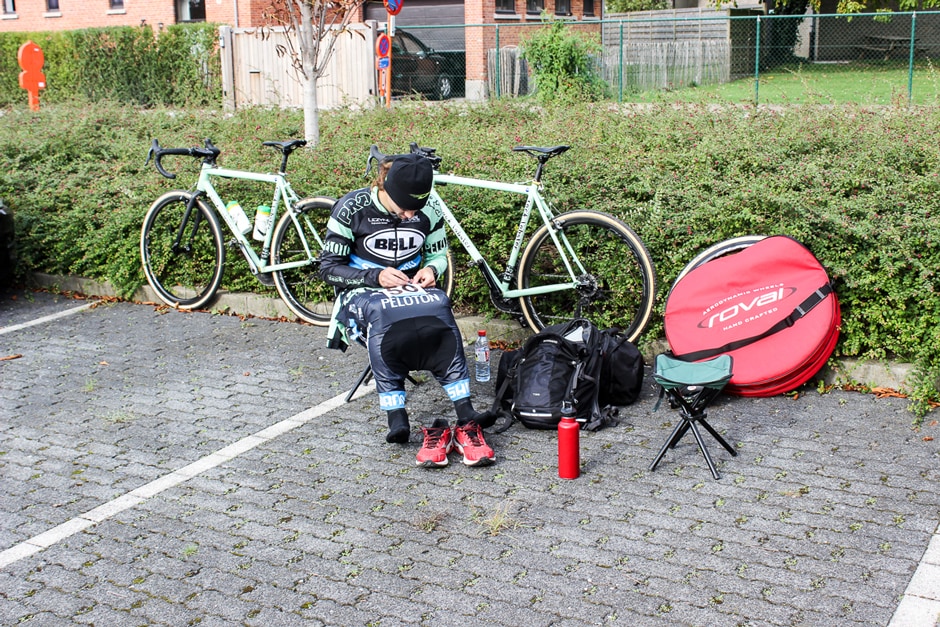 Grit World Racing's base camp in Ardooie. Thanks to the sunny weather and temps in the high teens, we were able to travel light and carry everything we needed to the race (which wasn't really all that much). Spend enough time getting in and out of wetsuits at the beach, and you'll realize that the closest changing room is just a towel away. Donning the race garb in the parking lot full of mobile cyclocross command centers. The midweek race drew out a World Champion (Wout Van Aert), European Champion (Toon Aerts) and US National Champion (Katie Compton). Fans packed the starting straigh in Ardooie, which blasted straight through town before diving out in to the cow pastures. 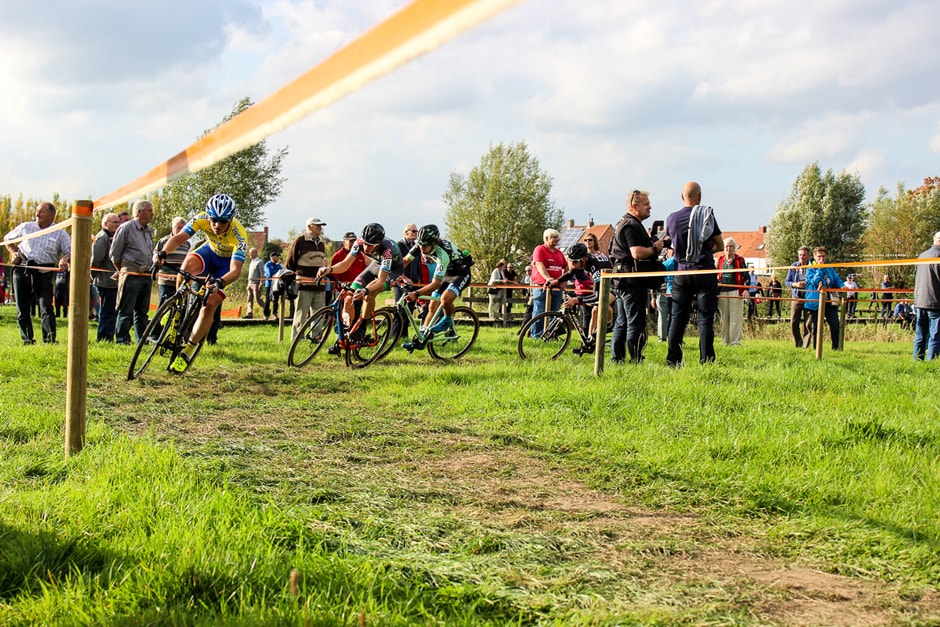 In past years, the cow fields of Kermiscross have produced iconic photos of knee deep muck. This year has been unusually dry in Belgium and the racing was full gas on a grassy fast course. Finding a group was crucial to avoid eating wind the whole time. Staying with those groups led me to new levels of suffering in a cross race. You ca read on my face that my heart rate averaged 196 the entire time. The fans spilled out into the cow pastures and lined the two knolls scatterd across the course. The punchy climbs really added some pain to the fast course, and got the fans an up close and personal with the struggle. As Annick walked around with the camera, groups of Belgian fans (mostly men) would holler at her to take their picture. I think they thought they would wind up in the newspaper or famous on the internet. These guys were right... A slightly more subdued but equally as thrilled Belgian trio in the fields of Ardooie. The course popped back into town for several sections, weaving through the buildings and speeding past the tidy, brick Belgian houses. 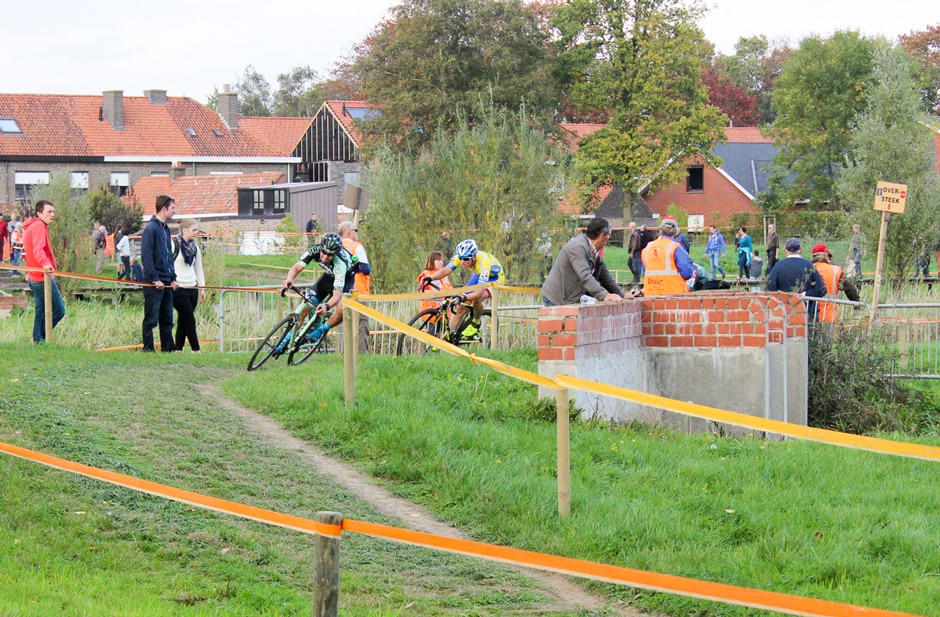 Going on the attack with two to go. At this point, it looked like I was going to make the lead lap, and I wasn't going to play tactics for minor places. I wound up 33rd on the day, 4 and a half minutes behind winner Wout Van Aert. Waiting for the train home with celebratory frites and chicken sandwiches. I'd gotten paid. I'd finished on the lead lap. We'd made this race day happen without a vehicle. We were stoked and relishing life in cycling's promised land.