We met up with #ShimanoBMX athlete Connor Fields of the Chase BMX Team at the Bellflower BMX track in early June to give Connor a first-hand look at the new DXR PD-MX70 SPD BMX Pedals. This is Shimano's first-ever branded DXR pedal and Connor and his teammates were excited to test out the final product after being involved in the R&D process for the past couple of years. After some laps and giving Connor a chance to test out the pedals we sat down and asked him a couple questions about his current season.

How do you feel about your season so far?

It started off really well. I won a couple races early in the year. I had an unfortunate crash at the USA BMX race in Florida and it’s been kind of hard to come back from that because I missed some time but then it was right smack in the middle of the racing season when I had to come back. So, I didn’t really get much of a chance to get back on my feet after 6-8 weeks on the couch. I chose to go to the races and to keep racing even though I wasn’t feeling at 100%, that’s just how it goes sometimes. I had been on a run where pretty much two years straight I had been pretty consistent and winning a lot of races, so I went through a little bit of a rough patch there. We’ve got a little bit of time now and I’m healthy again so I can get back on my feet and hopefully finish out the season strong.

Did you modify your race calendar after your injury? Was your focus on USA BMX or World Cups?

The big one I wanted to go for this year was the World Championship. That’s the only title I’ve never won, so that was the one that was high on the priority list. I looked at the World Cups as the best races to do to prepare for the World Championship, so I took out the USA BMX rounds that were kind of in between those races and used that time to try to get back on my feet. In hindsight, knowing what I know now, maybe that wasn’t the best decision. That’s just how it goes sometimes, no one has a crystal ball to know what place you’re gonna get at the next race. The rest of the year is going to be mostly focused on USA BMX races as well as the last World Cup round in Argentina. It happens to be the first one that counts for Olympic Qualification so that’s a pretty big one on everyone’s radar. 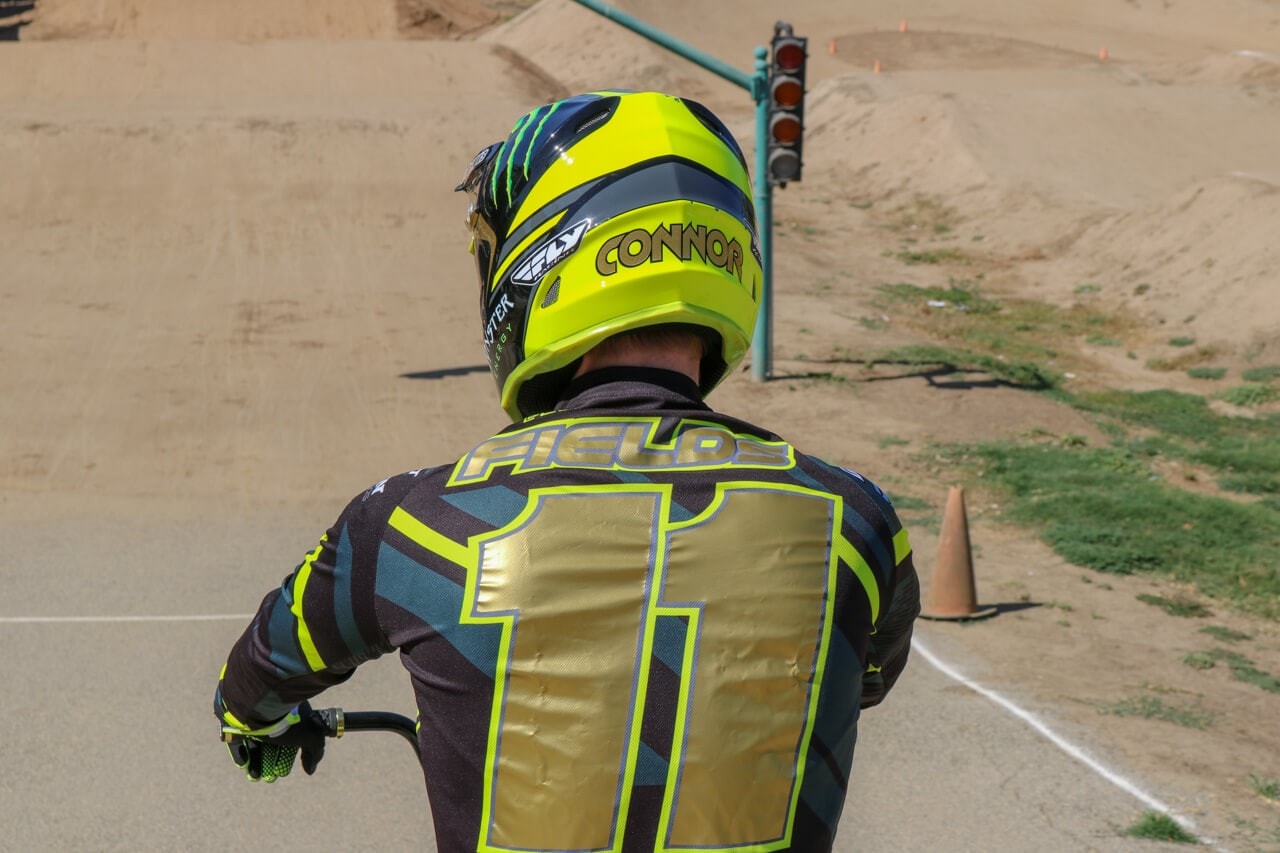 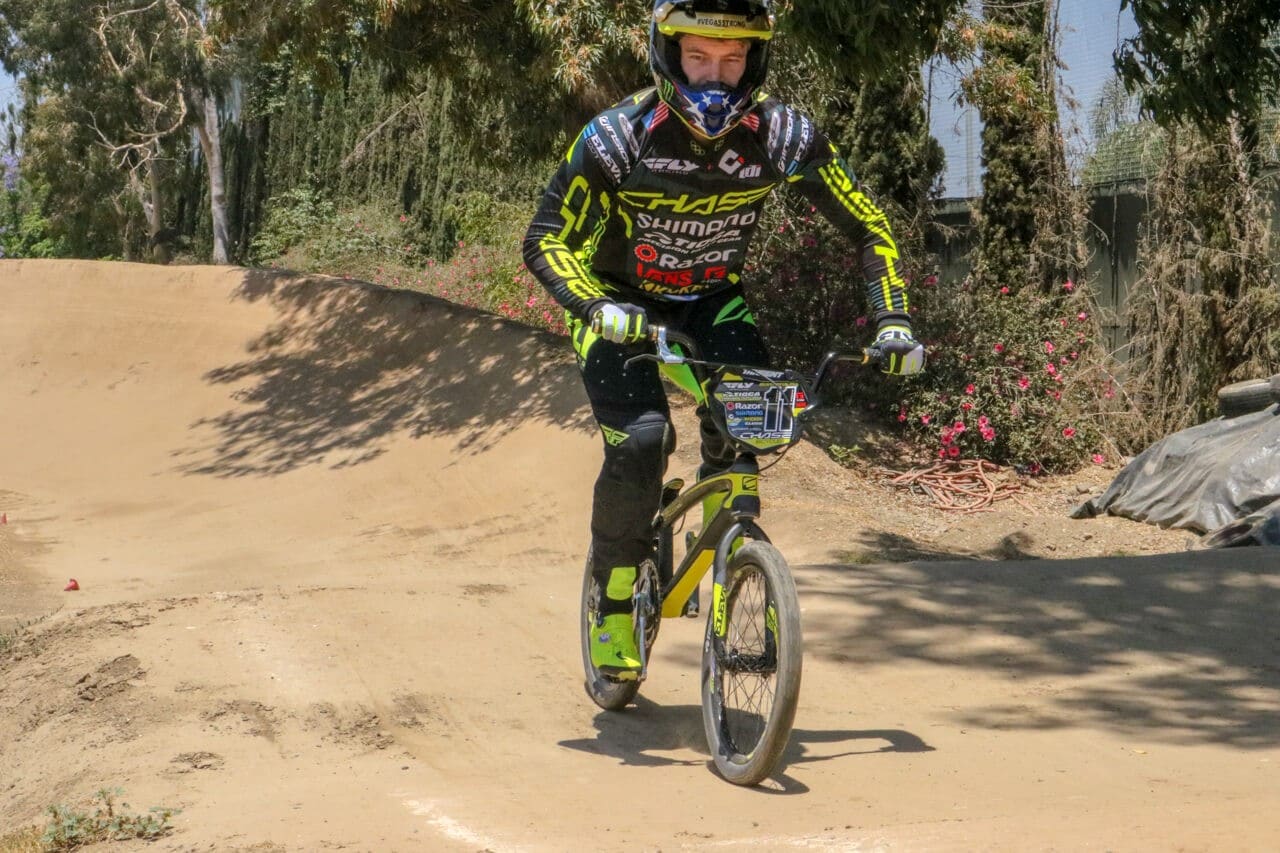 What are you most excited about this summer?

A couple things. I’m looking forward to the USA BMX round in Minnesota. That’s the only one that’s in a new place. One of the things I love most about BMX is being able to travel, but it seems like a lot of the times we just end up going to the same places over and over. I’m excited to go somewhere new and to see a new part of the country. That race also happens to be the same weekend as the X-Games, so I’m going to catch the X-Games on Sunday after the race is done which will be cool.

It’ll also be interesting this year because the World Championships were in June instead of July so we have a little bit more downtime this summer than we usually do. I’m looking forward to maybe doing some stuff I don’t normally get to do. Like last week I went hiking, or maybe having a lake day or two this summer, which normally I’m usually too busy training or getting ready for the Worlds to have time to do. 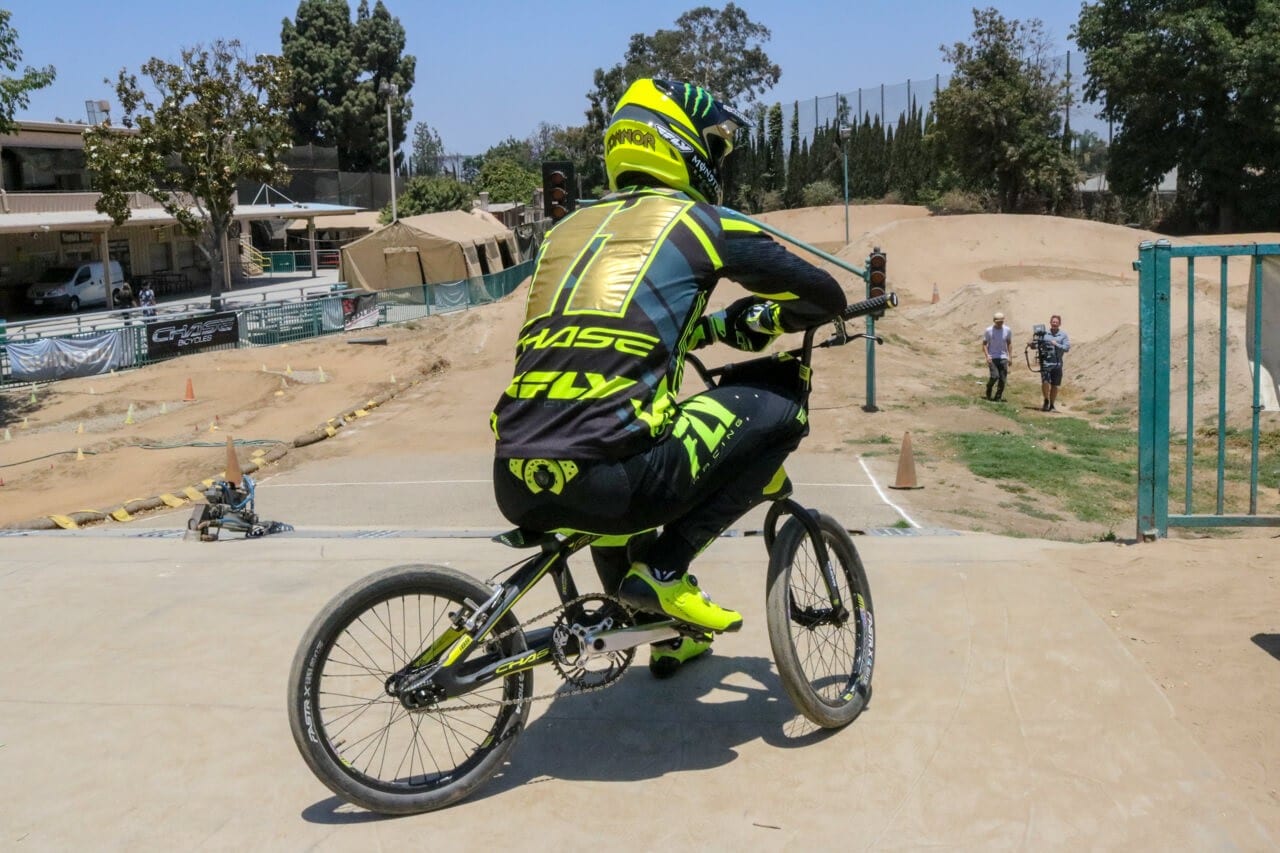 What types of activities do you like to do away from the track?

I stay pretty busy between racing and training and I’ve been a student at UNLV for the last six years. So, between all that it keeps me pretty busy. When I’m not doing that I like to spend time with my girlfriend and we do all sorts of stuff. The last year I’ve been watching lots of hockey games, the Vegas Golden Knights, and I got a puppy about eight months ago and that fills up a lot more of my life now too. There’s not too much free time in my life these days.

Where do you see your biggest room for improvement this summer to lead you into the second half of the season?

I think it’ll be good just to string together some consistent time and get a couple good blocks of training in. I felt like I started the season off in good shape, after obviously ending it strong last year. Everything was kind of going my way for the last period of time. Being on the couch and being injured and trying to start racing again without having any consistent time to train and get back into good racing shape. The level is so high at the sport in the moment, talent is only going to get you so far. You’ve got to show up at the races prepared, so I’m looking forward to having some extended periods where there’s no racing where I can get some good training in and show up at the next races mentally and physically prepared, ready to go. You raced on some pretty cool custom S-PHYRE XC9 shoes this past season. What can you say about the S-PHYRE XC9 as a BMX racing shoe?

I’ve ridden in Shimano clip shoes now for close to 10 years, since 2009. The S-PHYRE XC9 are my favorite shoes of all of the different shoes I’ve worn over the years. They are the most reliable. I’ve had no issues with them whatsoever. I can wear the same pair for a very long time, they do a really good job of withstanding – walking around in them, the dirt, whatever else can come up. I like everything about them. Like I said, they’re my favorite shoe I’ve ever been able to race in.

We're here testing the new MX70 pedal designed specifically for BMX racing. What are your first thoughts and impressions?

My first thoughts were that it definitely felt tighter than previous shimano clipless pedals. I also liked the smaller size and shape of the pedal, making it lighter. I hopped on the bike and felt comfortable riding them right away.

Would you consider this an improvement for BMX racing?

Definitely. These pedals were designed specifically with BMX in mind and I think Shimano nailed it. They have all of the characteristics I would look for in a pedal. What does the name Shimano mean to you?

Do you know Shimano is soon to be 100 years old, and that it all started with a single speed freewheel?

I had no idea. I actually would have guessed that it would have started in fishing. I didn’t know that it started in cycling, that’s pretty cool.