Back in 2000 when I graduated from Sheffield University I thought I would give my mountain bike career a chance and see if I could make a go of racing and riding full time.

I started competing in the late-90s when specific downhill bikes were really just in their infancy. I remember getting my first Cannondale downhill bike and everyone wanted to come and see it.

Up until that point we were riding XC bikes with the saddle a bit lower. Those early years of downhill for me were such a learning curve. Racing in my first year of world cups in 2001 was such an amazing experience, getting to ride my bike and travel all over the world and also ride in so many different conditions and terrain types. I remember regularly having massive crashes and returning home black and blue, it was a steep learning curve!

The rate of bike development was also on a similar upward trajectory, as the super heavy moto forks like the Marzocchi Monster T forks along with huge front chain rings were quickly being replaced by lighter more specific products. Brakes were evolving from rim brakes to cable discs and finally to hydraulic brakes.

For me my breakthrough was winning my first ever World Cup downhill race in Fort William in 2002. The win came ahead of my speed and development and I soon realised the hard reality of downhill racing, where getting it all right and having some luck on your side doesn't happen at every race. It took me a further four years to become a consistent enough performer to win an overall world cup title!

During the first nine years of my fulltime downhill racing career I was fortunate to stay with one team, Kona bikes. We had a pretty small team, very much UK based for the first few years and then it became more international. I became more involved in working with sponsors to help improve and develop their products and over those years I feel there was so much progress in bike geometry and suspension technology and as a result we started riding more technical stuff with a lot more speed and control.

In 2009, I joined the new Trek World Racing DH team and again found myself in the next stage of our sports development as I was now very much a professional athlete, who trained, ate and prepared more like an athlete than in previous years. We had an amazing team structure around us with mechanics and soigneurs and we worked closely with Trek's engineers helping to find any advantage we could. We even visited a wind tunnel and tested clothing, body positioning and bike frame shapes. It really was a cutting-edge team and now 10 years after leaving university I was still racing bikes and had worked my way to the top of my game, becoming World downhill champion in 2010.

I took a second world cup overall in 2011 and was a regular podium finisher at this stage in my career, but I was also ready for a new challenge having achieved all my goals in downhill. I was in a place where I was enjoying racing my bike for more than just a few minutes a weekend down the same track we had walked and practiced so much over that weekend.

During the season in 2011 I had a go at a few different events. The Cape Epic seven-day XC stage race, an XC world cup race, the Megavalanche and the Transprovence seven-day enduro race. I realised that I was ready for some more challenges and goals and in 2012 I chose to step away from downhill and start up my own team and branding with T-MO racing.

I took the year to travel to Europe with my boyfriend and take part in a number of different events from XC eliminators to two-day French Enduros and then in 2013 we would see the birth of the Enduro World Series and it seemed like it was meant to be for me to jump into this and give it a go. I loved the raw feeling of these races getting to race stages often with no practice and have big days out on the bike descending for hours each day rather than minutes. Fast forward until 2015 and I had competed in the first 3 years of the EWS series and won all three world titles.

I turned 36 years old and my body clock was ticking. If I was going to have a family I knew I better start thinking about it, I knew bike racing at that level could not last forever so that year I took a step back from full time racing. I continue to be involved and work in the industry and work as an ambassador for my sponsors in the work that I do. I had a baby in 2018 and now I am working for Trek’s three mountains bike teams as an athlete liaison and I continue to promote youth development and support grassroots through my T-MO racing team.

Looking ahead I hope that in another 20 years we will have had a host of amazing family adventures and I will still be loving to ride and race my bike across many different disciplines. 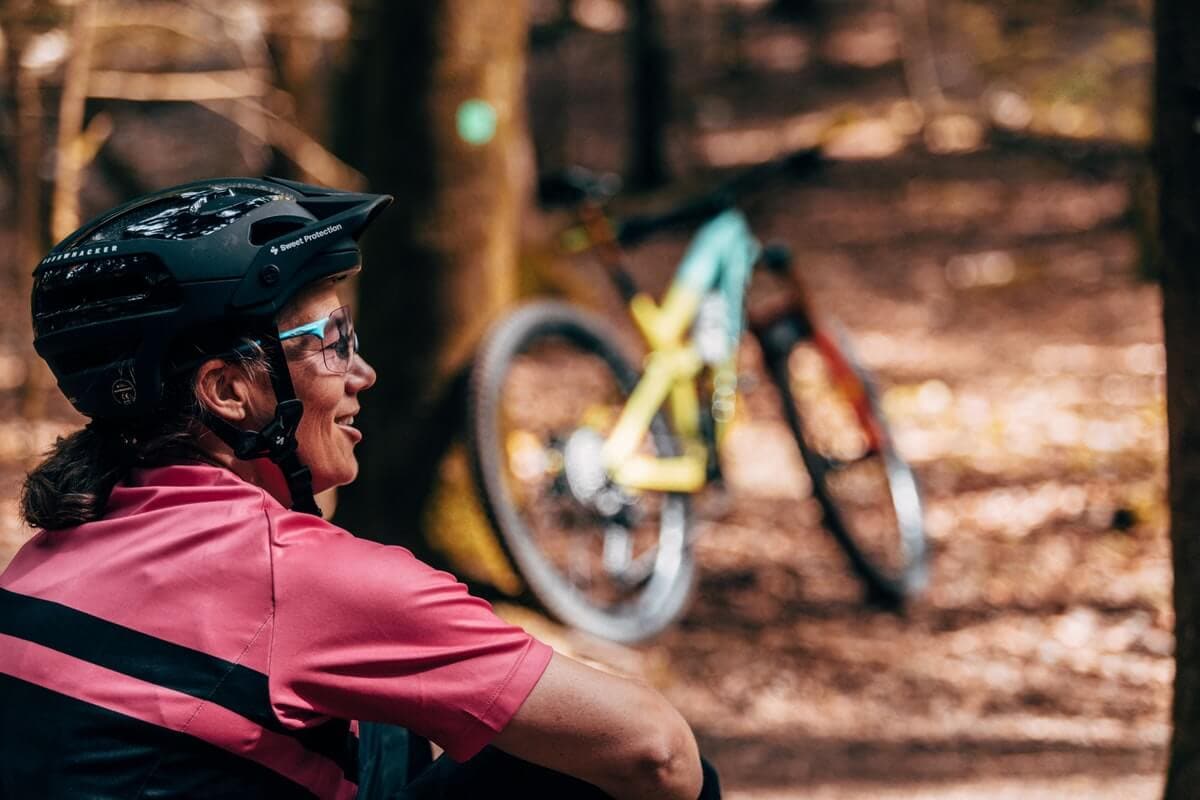