After a few days riding around Cusco, we headed into the Sacred Valley region, a 60-kilometer stretch of fertile farmland scattered with Spanish colonial villages. This area is well known as the launching pad for Machu Picchu as well as treks and hikes in the surrounding mountains. During one ride, we dropped down into the Sacred Valley for a lunch stop at an ayahuasca lodge. Obviously not there for a ceremony, we ate some food and took a breather before riding directly to Nico, Chente, and Gabriel's property in Lamay. There, we visited the trio’s newly finished mountain bike and adventure hotel called The Lodge Peru. It’s a sanctuary set in the heart of the Sacred Valley with close access to surrounding small towns, rivers, mountain biking, hiking, and gorgeous views. And they also have a pump track. 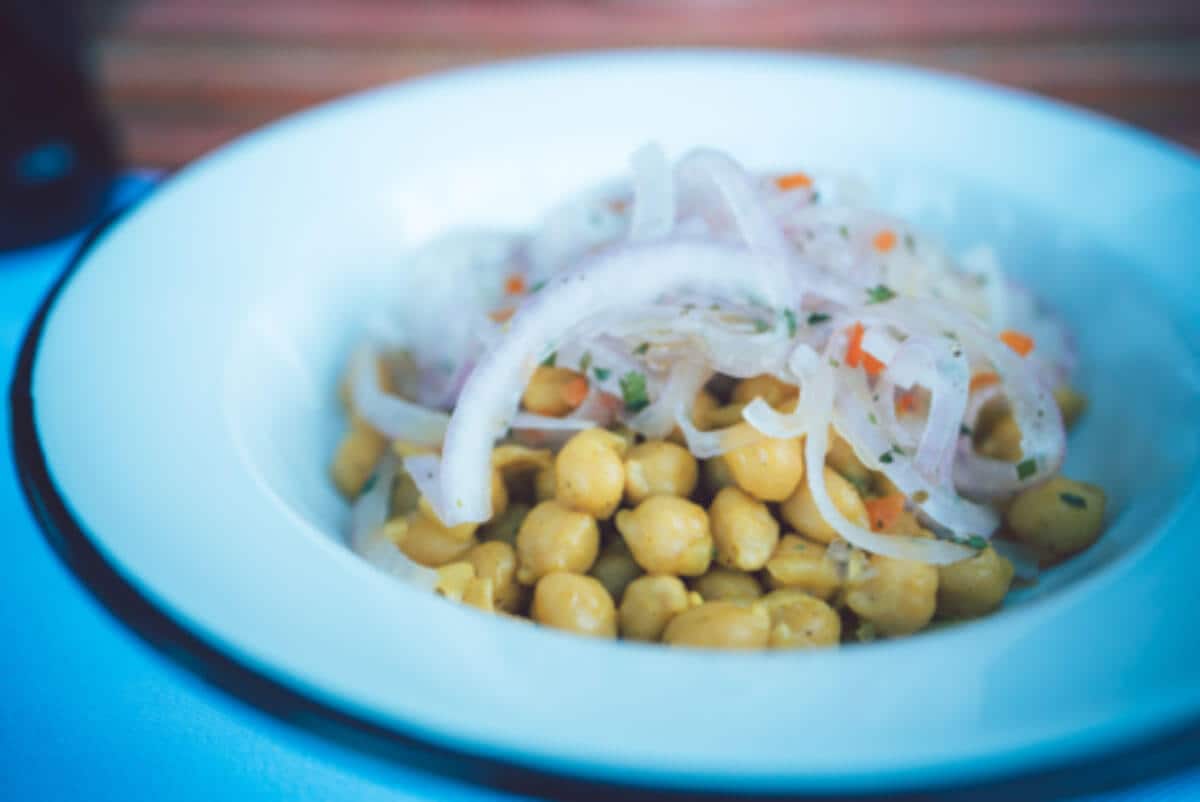 Earlier that day, we had shuttled up to Lake Qoricocha, which sits at about 12,000 feet in elevation before pedaled up another hour or so to Qoricocha Pass to reach over 13,000 feet above sea level. While we unloaded the vans at the lake, we had an awesome exchange with a group of local kids who were tending a big herd of alpacas, pigs, and sheep. The kids wore flip-flops and lightweight sweatshirts while we bundled up in our high-tech outdoor gear. It was a stark reminder of the very different lives we lead from the local communities around us.

The group of kids shepherding animals was made up of mostly young girls around 11 or 12 years old. They were intrigued by our bikes, so we told them to hop on and we had a blast pushing them around on the fields. The girls loved it and couldn't get enough. We loved it too and kept pushing, even when we could hardly breathe from the altitude and the effort. It was a warm-up for the climb ahead, and an even bigger warm-up for the heart. A shared experience like this is the essence of mountain biking; it’s a vehicle for connection and beats out every other communication device I own. 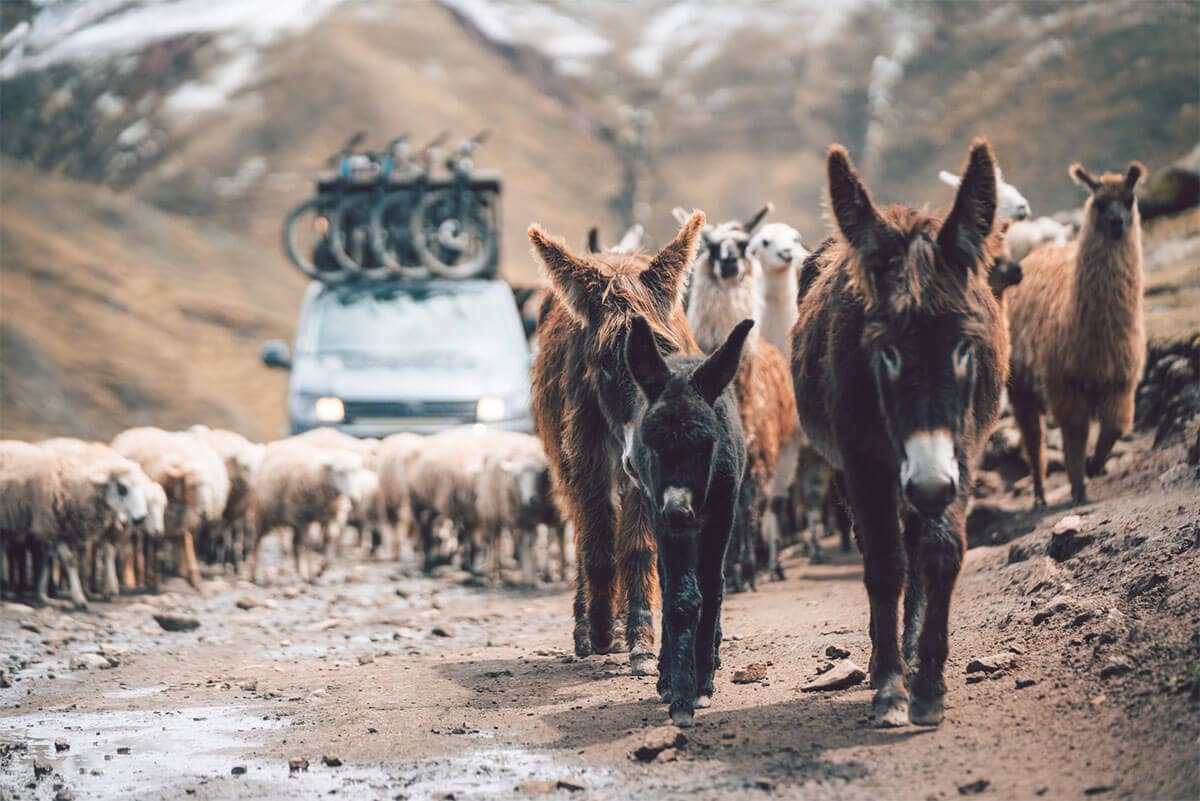 After a heart-warming start to the ride and an epic descent down to The Lodge Peru on our third day of riding, things suddenly took a turn for the worse. I woke up at around 2 a.m. that night with a watery mouth and feeling slightly panicked. Over the past few years and numerous international trips, I've managed to stay healthy throughout. But my time was up and it was time to pay the piper. I may have rinsed my toothbrush off with tap water, which I never do, but did the day before for some reason, or it could have been something I ate. Whatever the case, I spent the next 24 hours staring into a giant white bowl of water.

It was rough, but I eventually got through it. One of the women in our group, Val from Squamish, had a plethora of pills, and I was the lucky recipient of an anti-nausea tablet that thankfully turned my world around. By the next morning, I was ready to get back on my bike, healed by a small sublingual pill and one liter of the Peruvian version of Pedialyte. 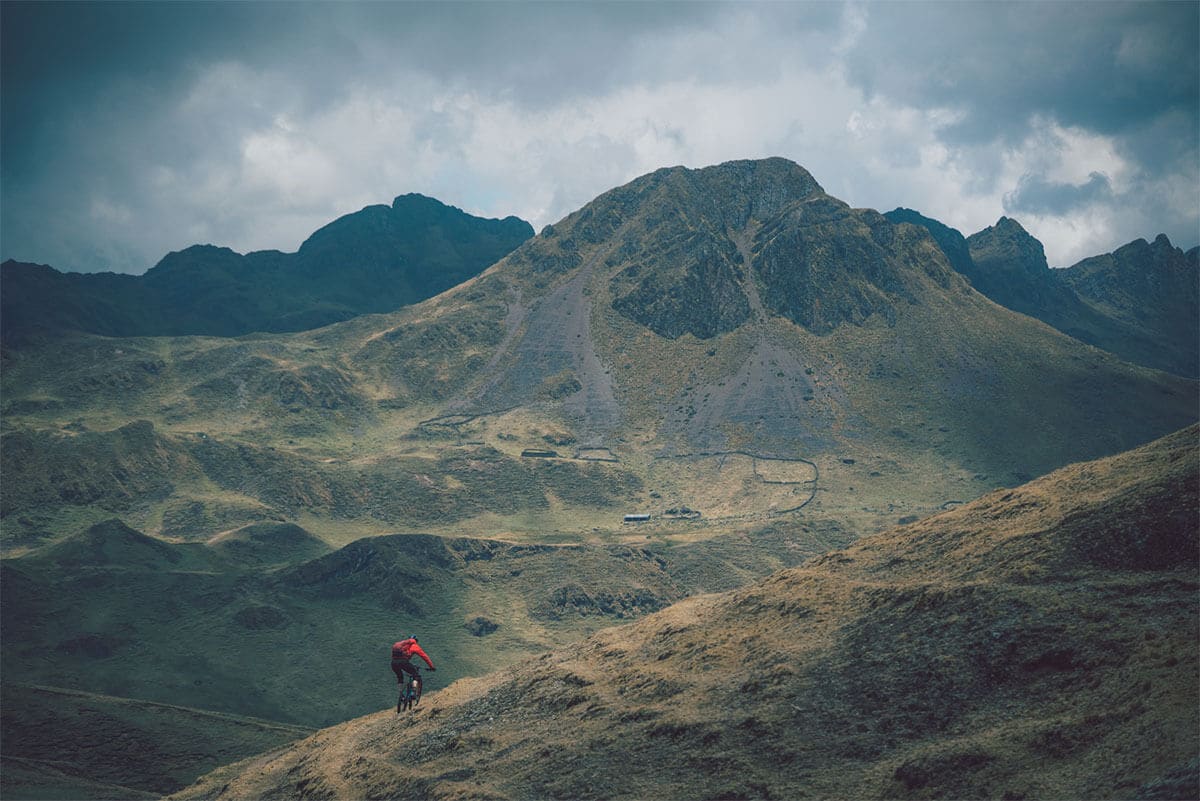 My friend Sylvie, who was on the trip with us this year, had been part of the same trip one year before. Sylvie and some friends came to Peru to honor a fallen friend who was tragically taken in an avalanche in B.C. during the spring of 2018. Lisa Korthals was a well-known ski guide and dear friend to many in the Whistler and Pemberton area. Her death left a hole in this tight-knit community.

Earlier in our trip, while we were still in Cusco, we visited a site where Sylvie and her friends had a ceremony for Lisa the year before. As we stood there, taking it all in, a rainbow appeared overhead in the exact location one has been seen a year earlier following Lisa’s celebration of life. This moment sent a message to Sylvie and a feeling of Lisa’s presence beyond explanation. 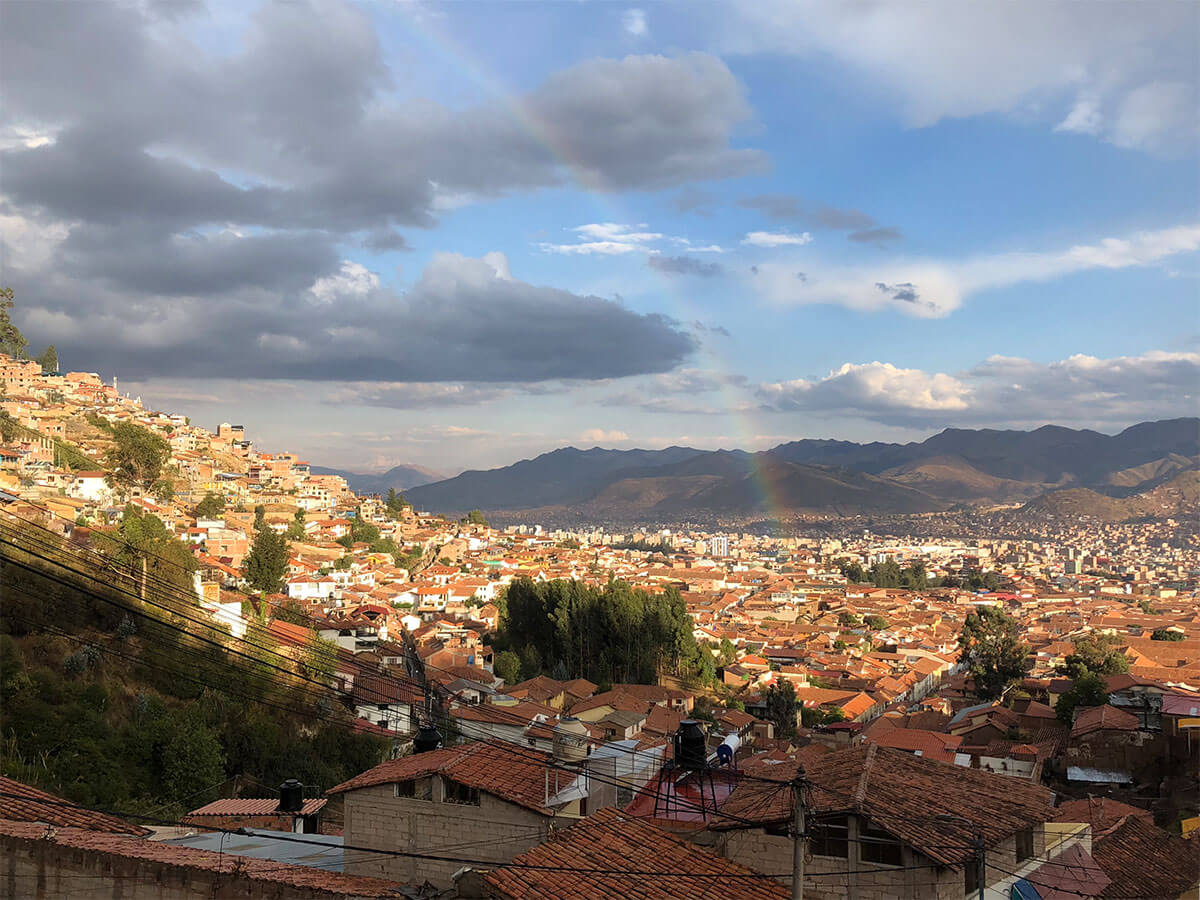 As a way of giving back and honoring Lisa, Sylvie and the group of friends visited a local school during their trip last year. They worked with girls at the school, making them the priority and focal point of the visit and created an opportunity to get the girls on bikes.

We went back to that same school this year and maintained the same goal of getting more young girls on bikes. This entire experience had a significant impact on all of us. The girls were shy at first and hesitant to participate. But once one joined in, and then another, there was quickly a mad rush for any available bike to ride. This moment was the highlight of my trip and was a special moment thanks to Sylvie, Chente, and Nico for making it happen.