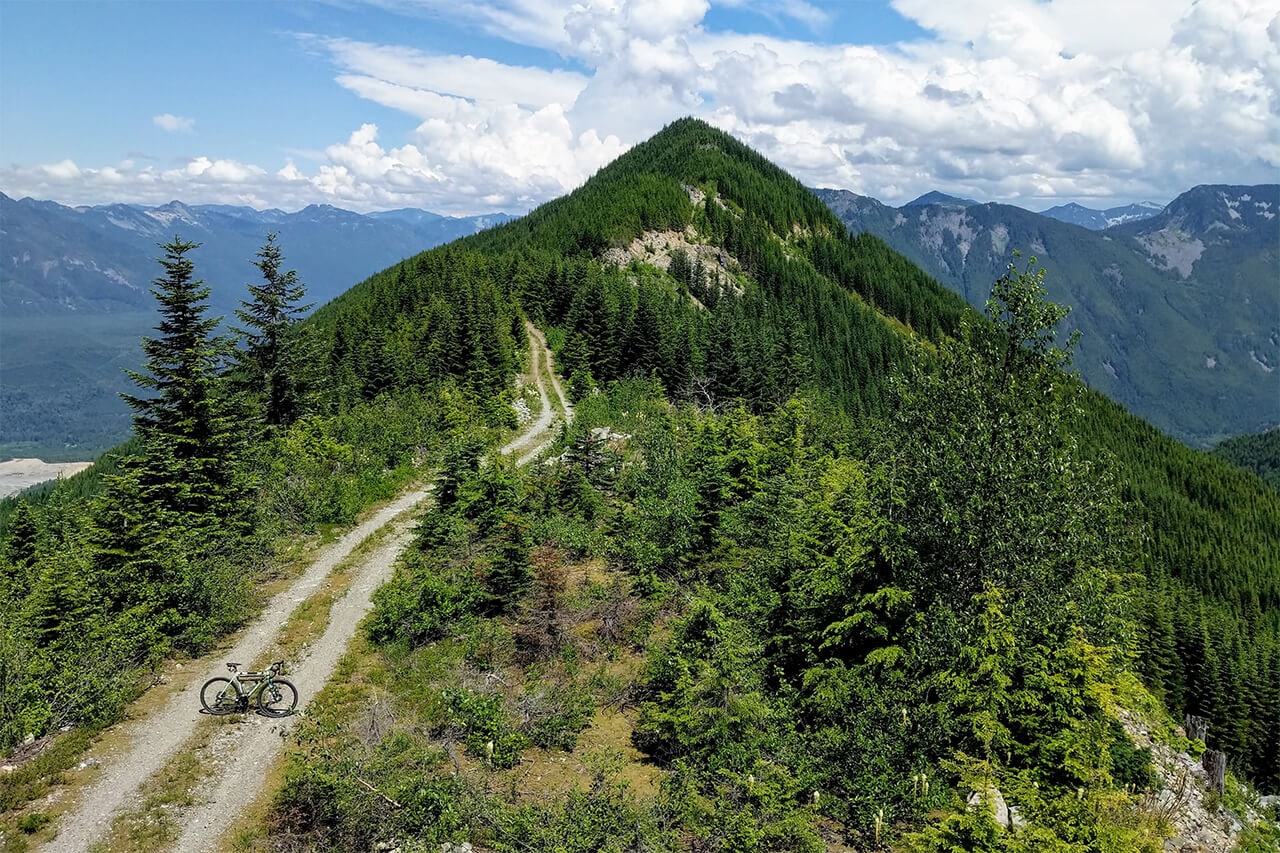 “Anyone want to go on an ill-advised peak-bagging ride with me tomorrow? I will probably forego my 30-pound mountain bike and ride the gravel bike instead, for better or worse." It was an email blast to all my riding buddies that I knew would go unanswered. What's the saying? Fool me once? Well, this wasn't the first time I'd asked if anyone wanted to accompany me on a crazy idea and it wasn't the first time I'd heard crickets. Not even I was sure we’d stand atop a mountain, much less know what the roads would be like. 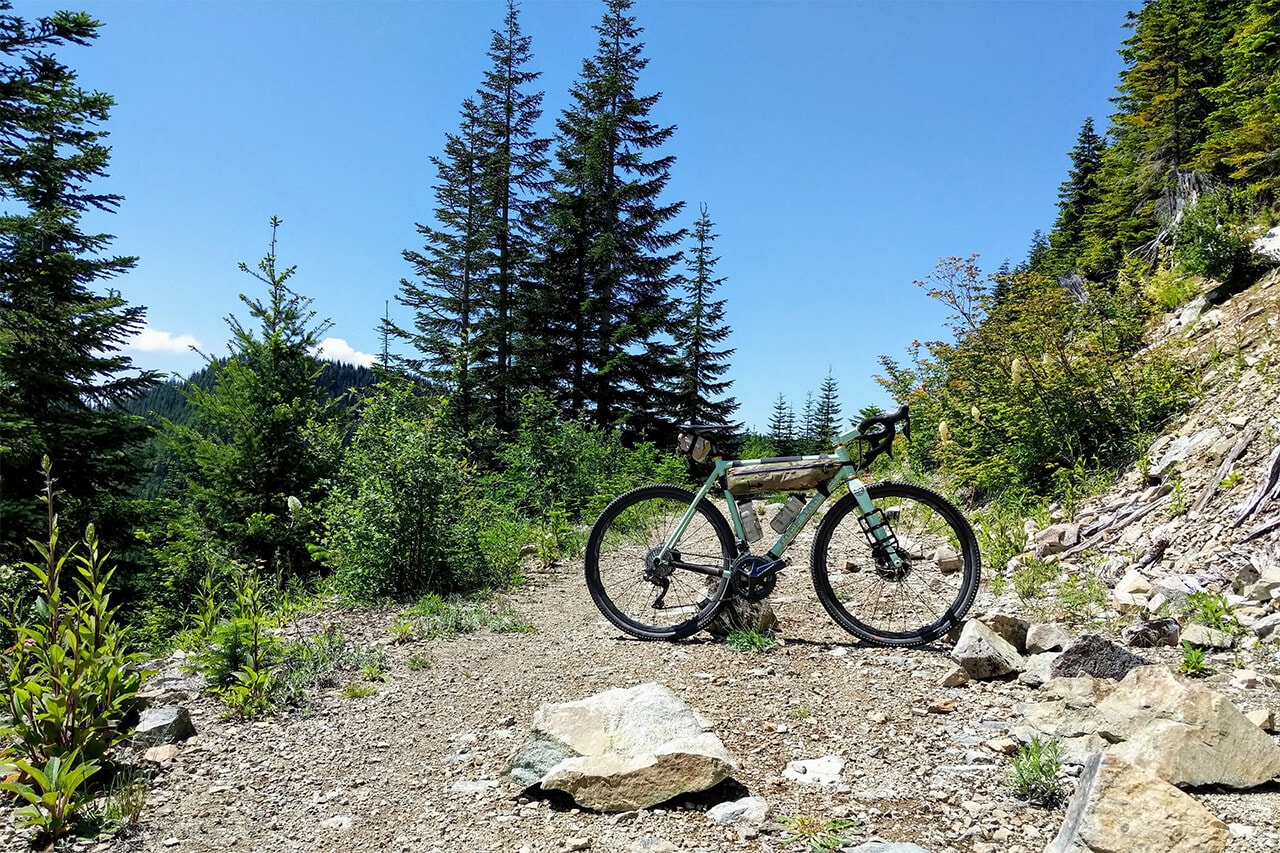 I caught the peak-bagging bug a few summers ago. Since then, I’ve made it a long-term goal to stand atop all the mountains that have a view of I-90 from the foothills just outside of Seattle to Snoqualmie Pass, which is twenty-five miles east of the city. There are forty-nine peaks in all and I have just passed the halfway mark on a goal that doesn’t hold a ton of prestige in this region. The I-90 corridor is busy, noisy and has been heavily logged in the past century. It is definitely not the pristine wilderness that many seek out for an adventure. But while most of the peaks are only accessible on foot, a dozen of them have rough forest service roads that get to or come close to the summit. And it’s on these semi-accessible peaks that I use my gravel bike as an adventure tool.

The route to the summit ridge of Mount Washington used to be a tangled, overgrown maze of long-forgotten service roads that were blocked to vehicle use by rock slides and washouts. Recently, a local mountain bike trail association built a trail that provides access to the higher abandoned roads, bypassing the nastiest of bushwhacking hike-a-bike sections. I wanted to use this trail to top out on a pair of summits and fill a gap in the almost completed southern ridge of my project. Change Peak and Greenway Mountain were the goals. 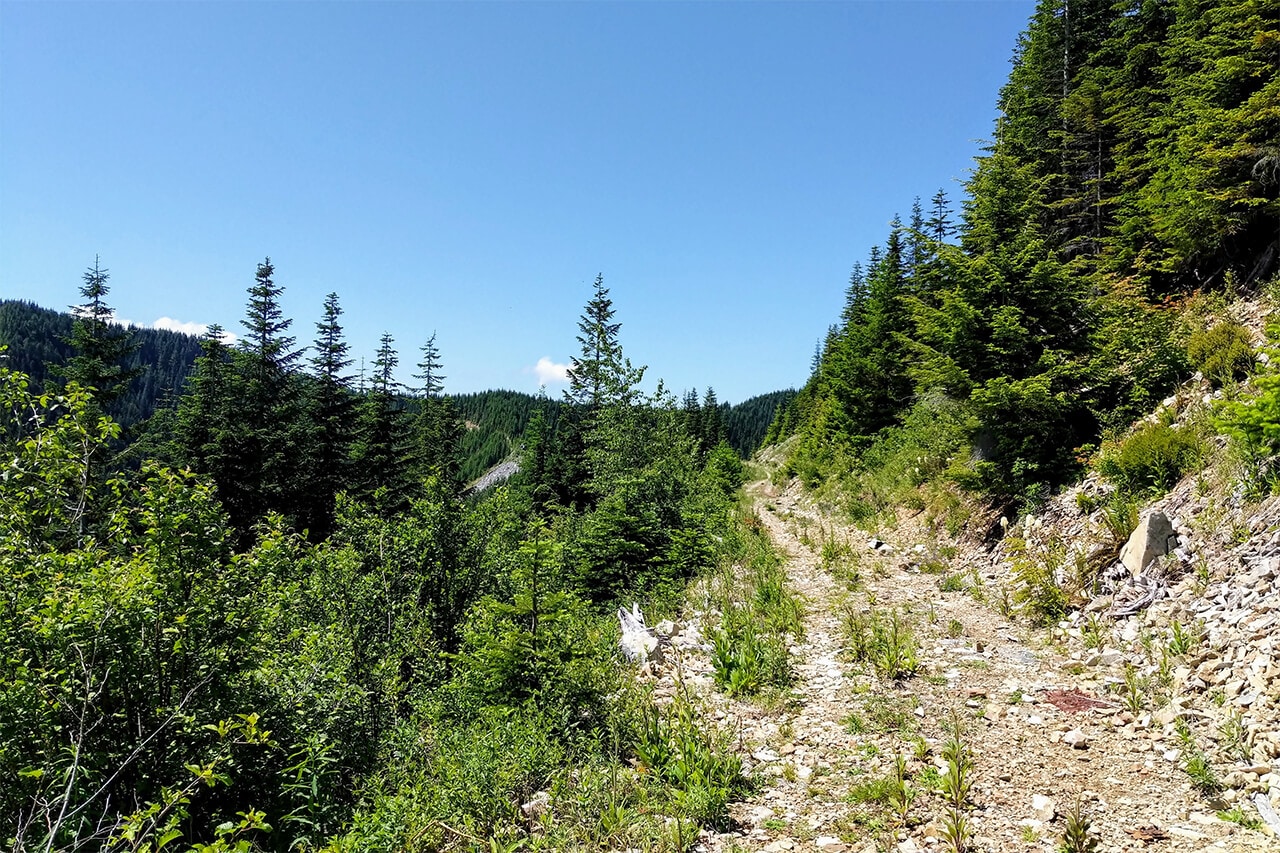 An hour into my ride and only halfway up the initial climb and I was mentally over it. I had left behind the relative smoothness of the machine built trail and was headed up the mountain via decommissioned forest service roads. These dilapidated roads-turned-trails have unique characteristics. Due to their life of supporting heavy trucks that hauled large loads of logs, the roads have a super hard base packed with rocks that make for a sharp and rugged mess. These were the only two miles of the entire ride that I regretted not having wider tires. The bone jarring riding and my deflated mood were a good reminder that it was about time to dip into my sugar stash.

After a short break and a revival of energy, I broke out of the timber just 500 feet below the summit of Change Peak. The road slashed across a steep slope of the mountain, winding through scree and hugging huge bench cuts. I'm always amazed at the huge effort that was originally made to access timber that used to cover these mountains. But as I rolled around a giant stump of an ancient tree, I remembered how valuable it was and wished more of it was still left standing. I rode the barely visible trail, shifting into the easiest gear as I bolted up the steep final 200 feet to the summit. Fifty feet short, nature had reclaimed the summit enough to stop the progress of my bike and I hoofed the last bit by foot. 3,400 feet of climbing since the car and summit number one of two had been attained.

But before diving down the mountain and onto the next peak, I lingered a bit. Even a minor summit on this unpopular ridge offers views worth savoring. I poked around for a summit register and let my heart rate drop down to a sustainable pace while eyeing up my second objective. Greenway Mountain is visible from this summit and it looked a lot farther away, and quite a bit higher, than I expect. But I knew the singletrack down this peak was going to rip, so I excited hopped back on the bike and let go of the brakes with another reminder for myself:  There are no bad days in the mountains.

Greenway Mountain was not entirely new to me. I had ridden right past, practically stood on the summit before. But not quite. There is a tenth of a mile and 100 feet of climbing that I needed to ascend to claim that I've been there. And it was clawing my way up this mountain when I was reminded that scrambling in cycling shoes is not much fun. I was rewarded, however, as I stood in a summit meadow surrounded by bear grass in full bloom. It was another summit lacking a register or any other sign of human presence so once again, I watched traffic zoom along the interstate from my bird's-eye view. I wonder how many other people have shared this same view. While it feels close, it is still a world away. 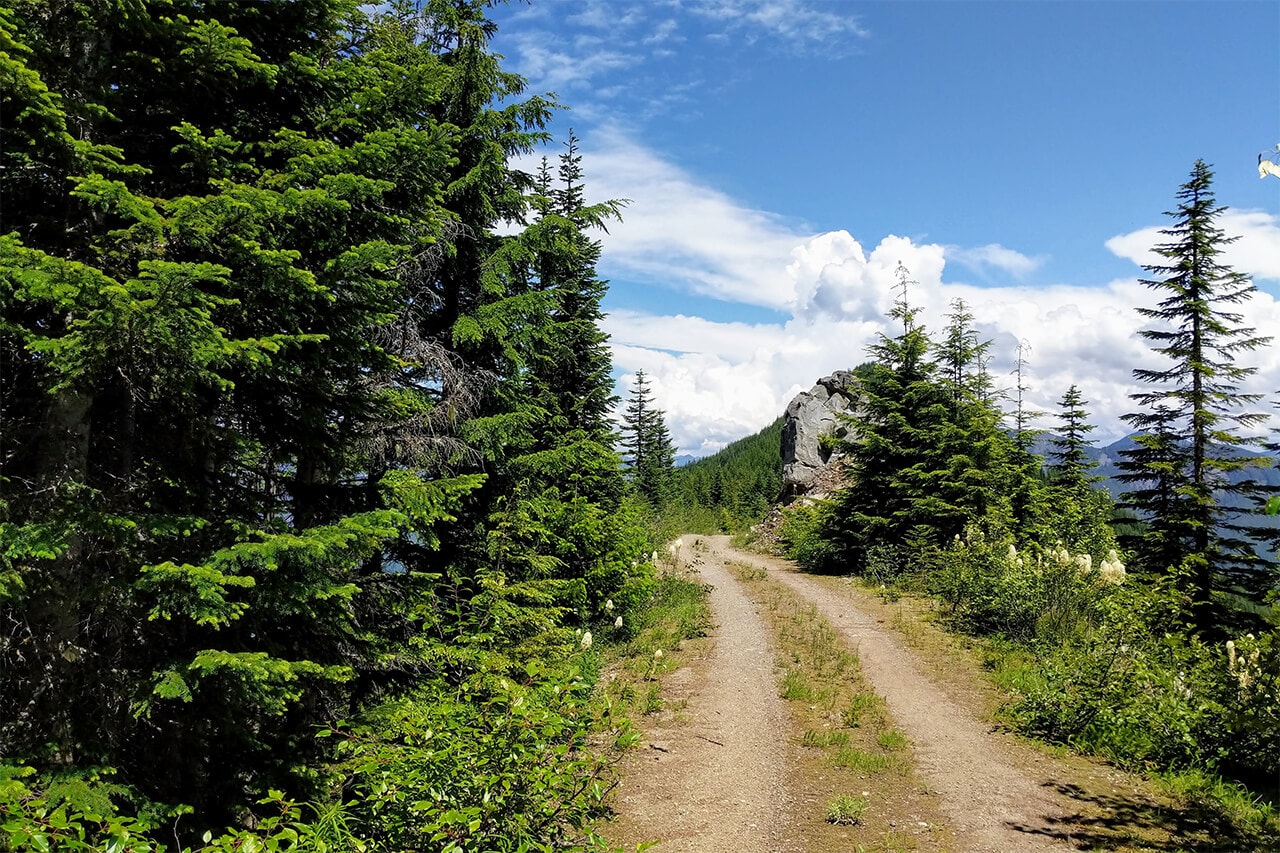 The ride back to the car had two segments. The first was uneventful and bumpy, cruising the forgotten roads and the roads-turned-trails to the top of the purpose-built mountain bike trail. As I slowly picked my way around the embedded sharp rocks in the trail, I kept reminding myself that it was slower in the other direction. Then, I let it rip and the descent down the mountain bike trail was blurry and so much fun. I only encountered a few uphill riders the entire way down and I blasted off the mountain in style with a childish grin plastered to my face.