Back by popular demand, Round 7 of the Enduro World Season landed in Zona Zero, Sobrarbe Spain. The two-day Stage Race is listed as the most physically demanding of the 2018 EWS season. There's no question that the course is the perfect recipe for riders like Richie Rude, with steep, dusty and rocky descents. Richie came out ready to defend his victory from the last time the EWS visited Zona Zero in 2015, winning four of seven stages to take the victory while also debuting his new Yeti SB150. The win in Spain marks Richie's second victory of the 2018 EWS season. Richie heads into the last round of the EWS at Finale Ligure, where he took 2nd place to Martin Maes in 2016, with a head full of steam. All smiles for Richie, after having some bad luck with mechanicals and crashes earlier this season, it was great to see Richie back on top. 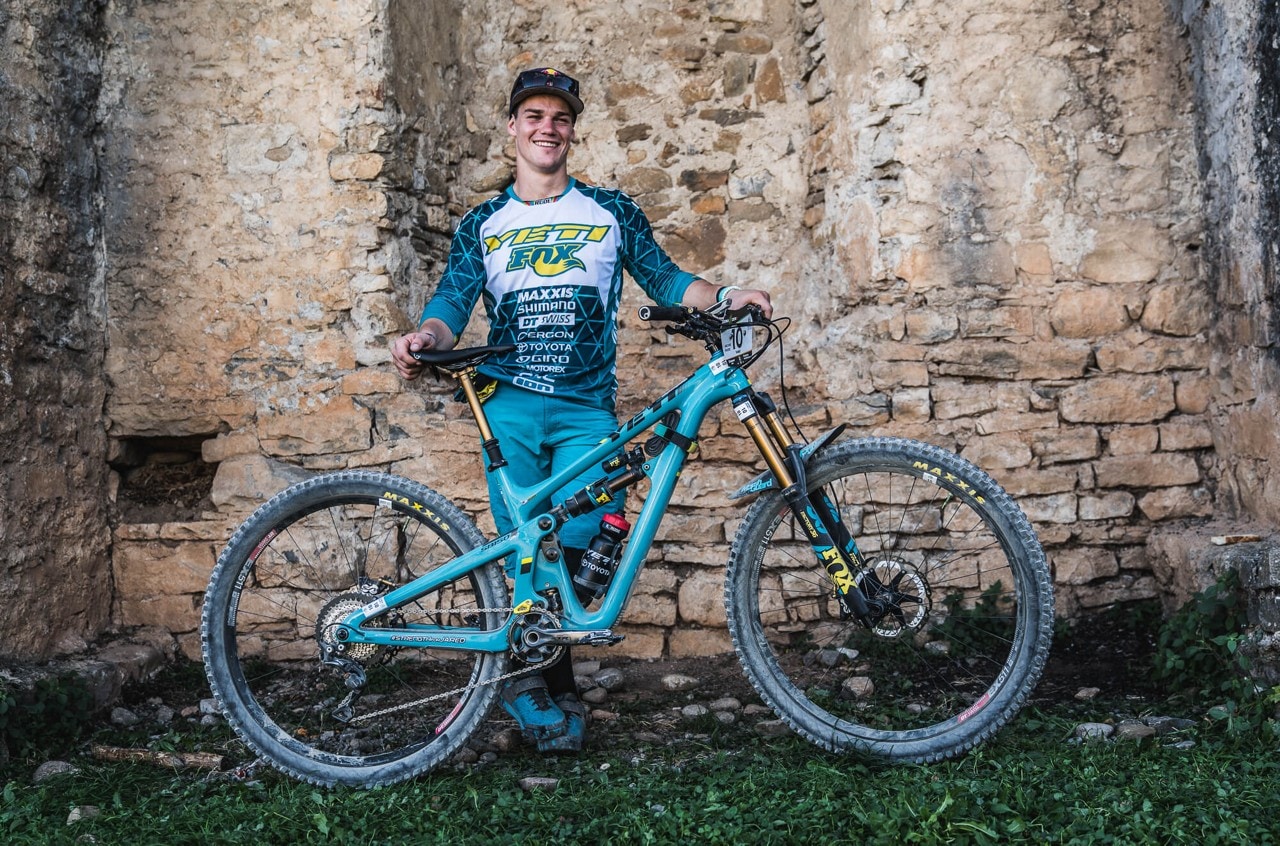 It was quite the debut for Richie's new Yeti SB150 finishing on top of the podium. 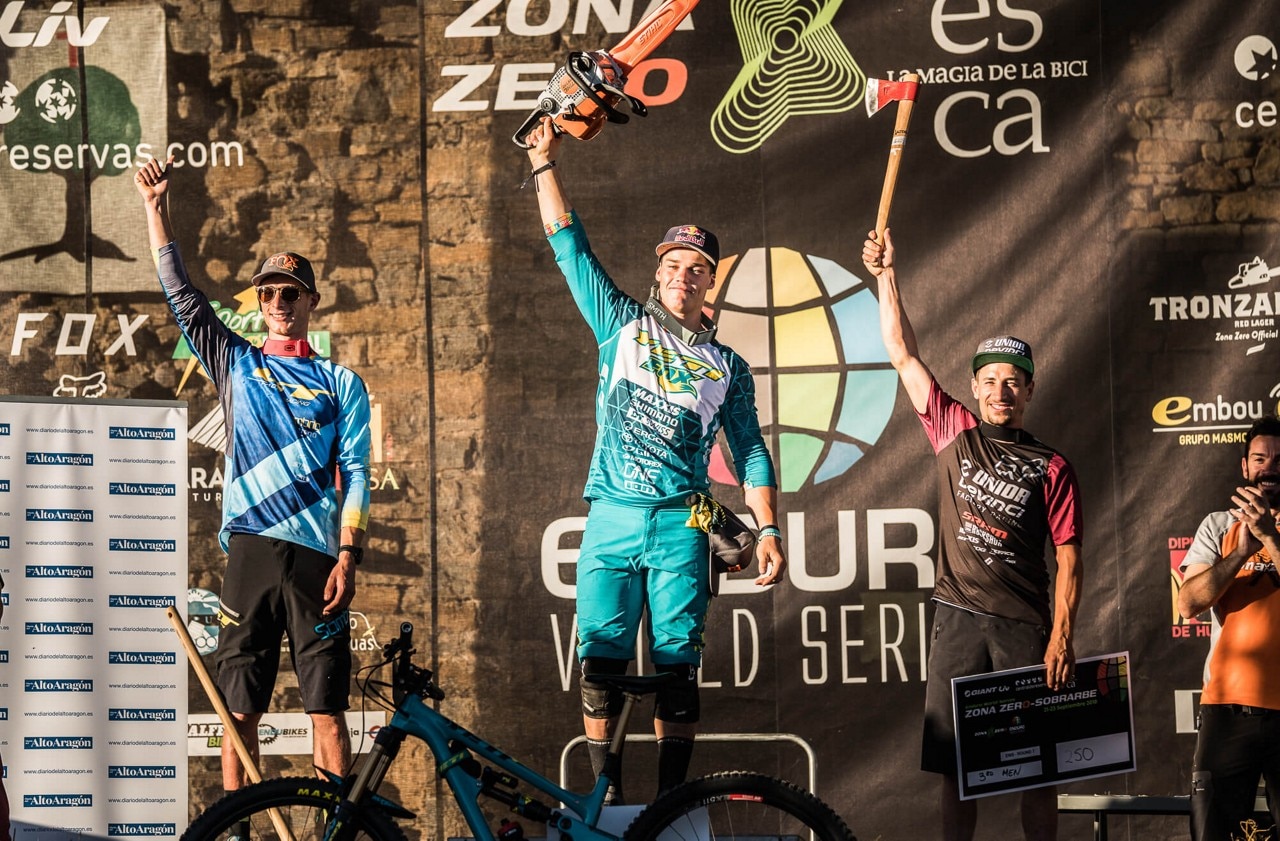 Richie finished 7.9 seconds ahead of second place, Martin Maes of GT Factory racing. Martin has been on quite the hot streak and continues to show his dominance in both Enduro and Downhill.

It was a good weekend of racing for the Cube Action Team, with Zakarias Johansen (9th) and Greg Callaghan (10th) both finishing in the Top 10. 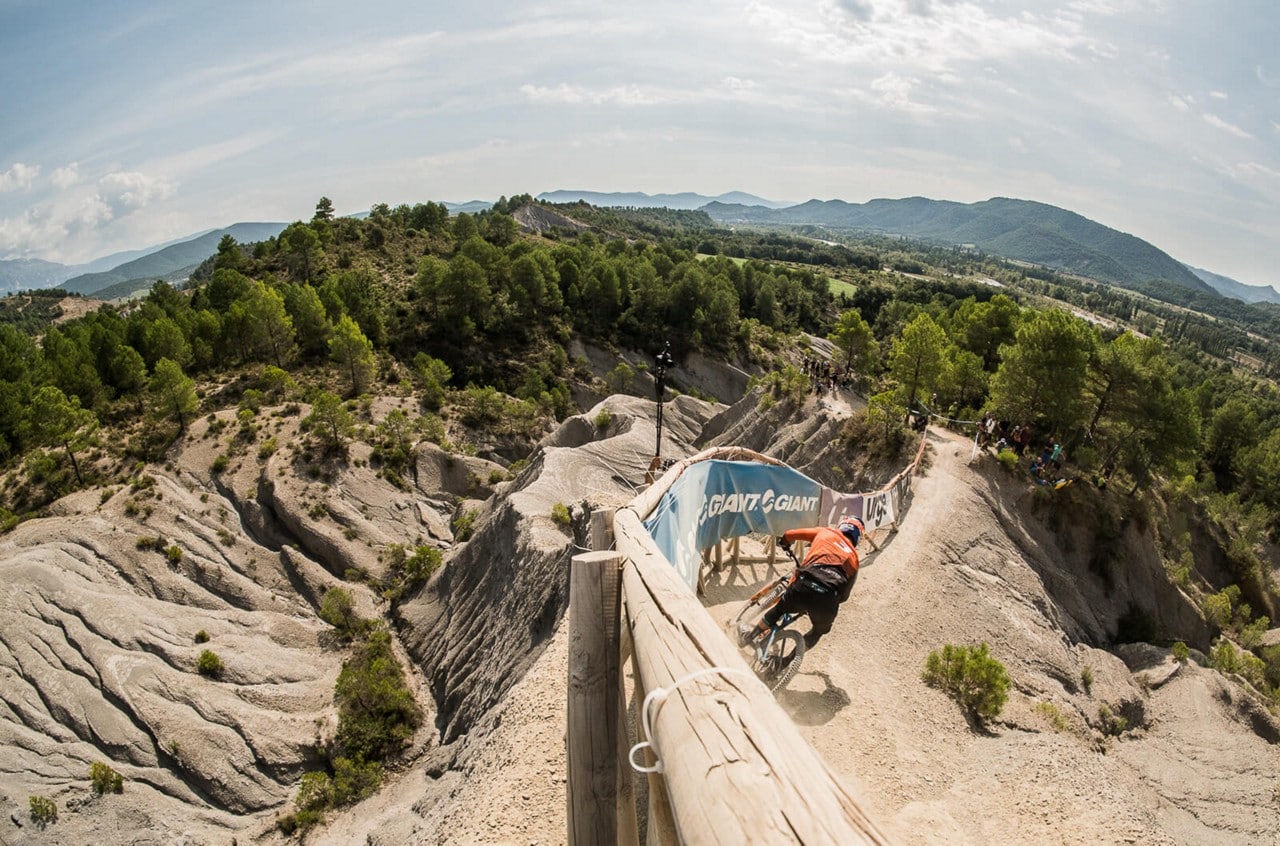 Stunning views from the Pyrenees foothills. 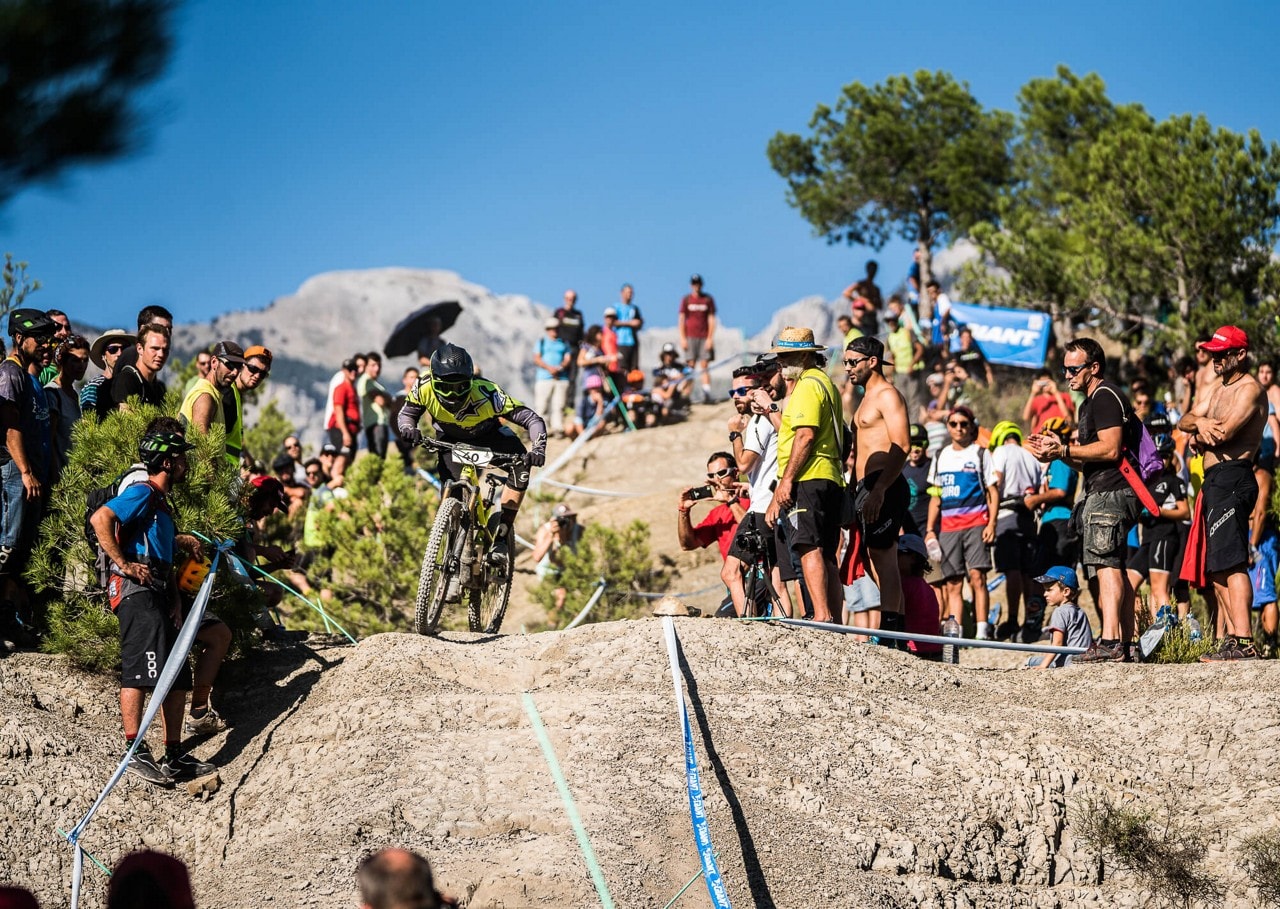 The fans in Spain came out in full force to enjoy the clear blue skies and warm weather. 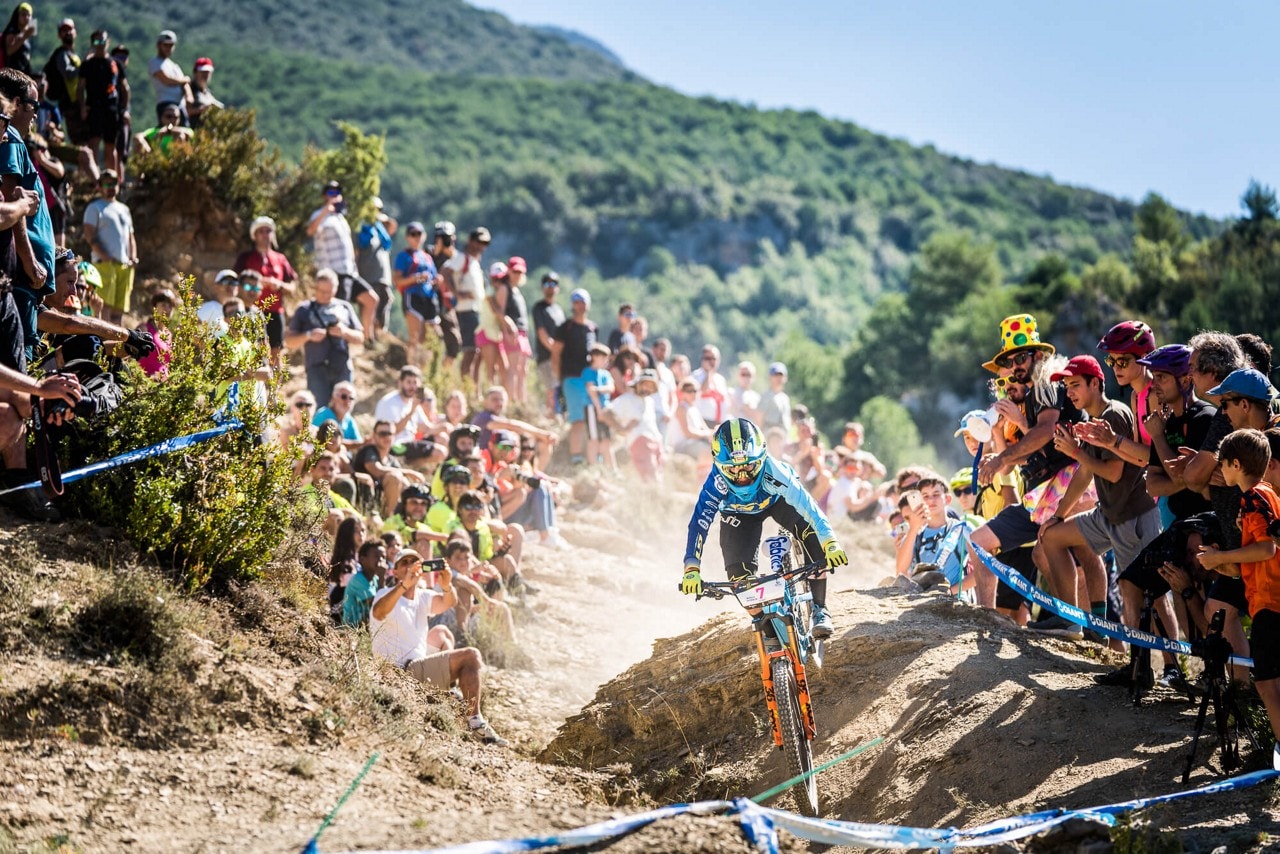 Another podium for the Belgium racer, Martin Maes. Martin currently sits in second place in the overall series points. 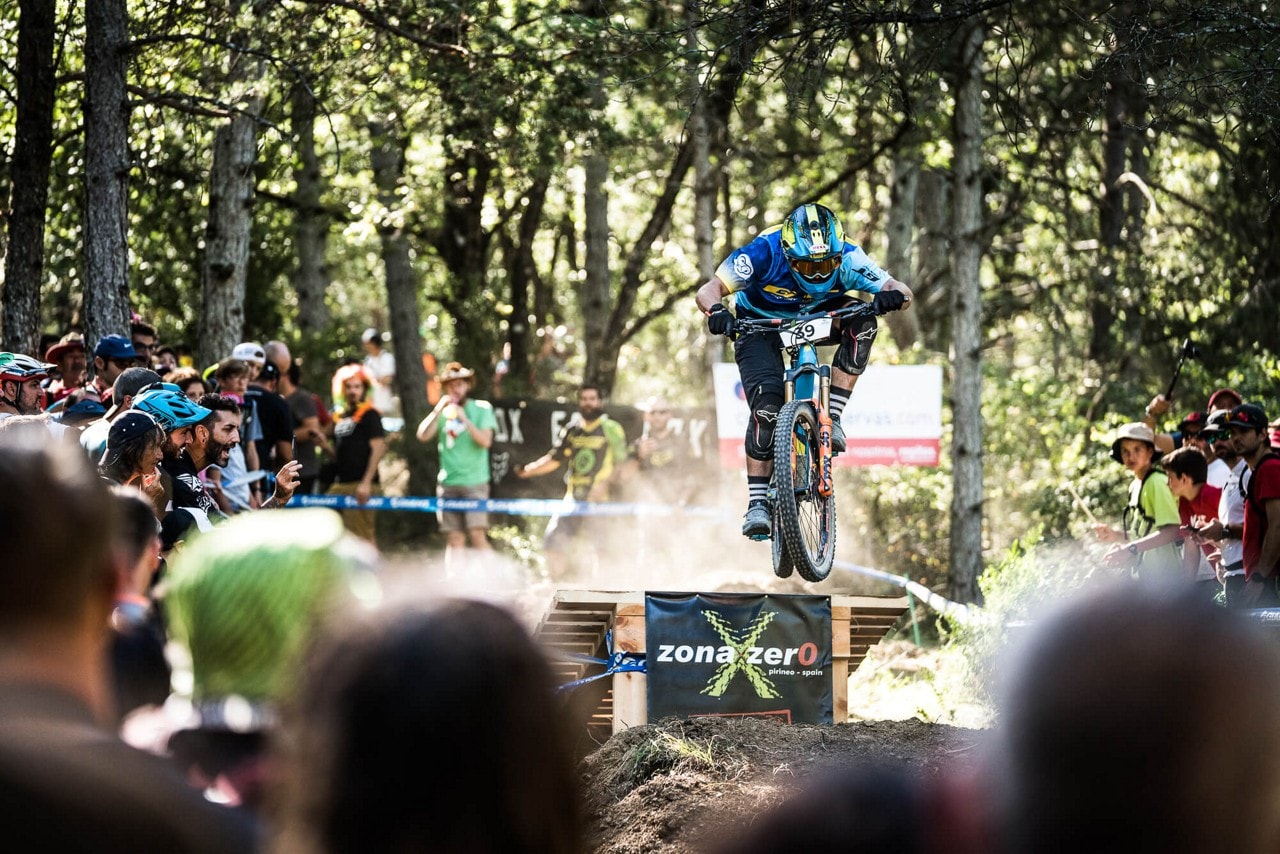 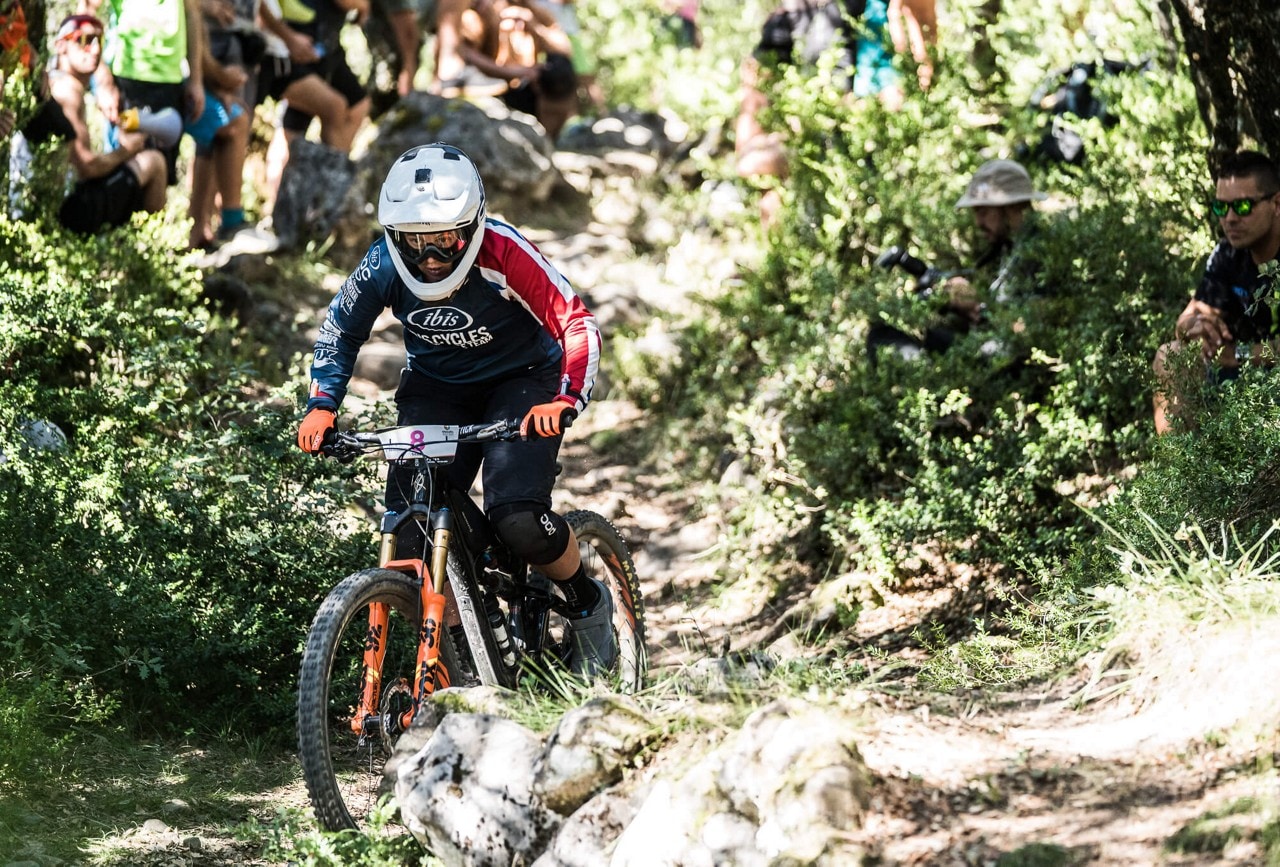 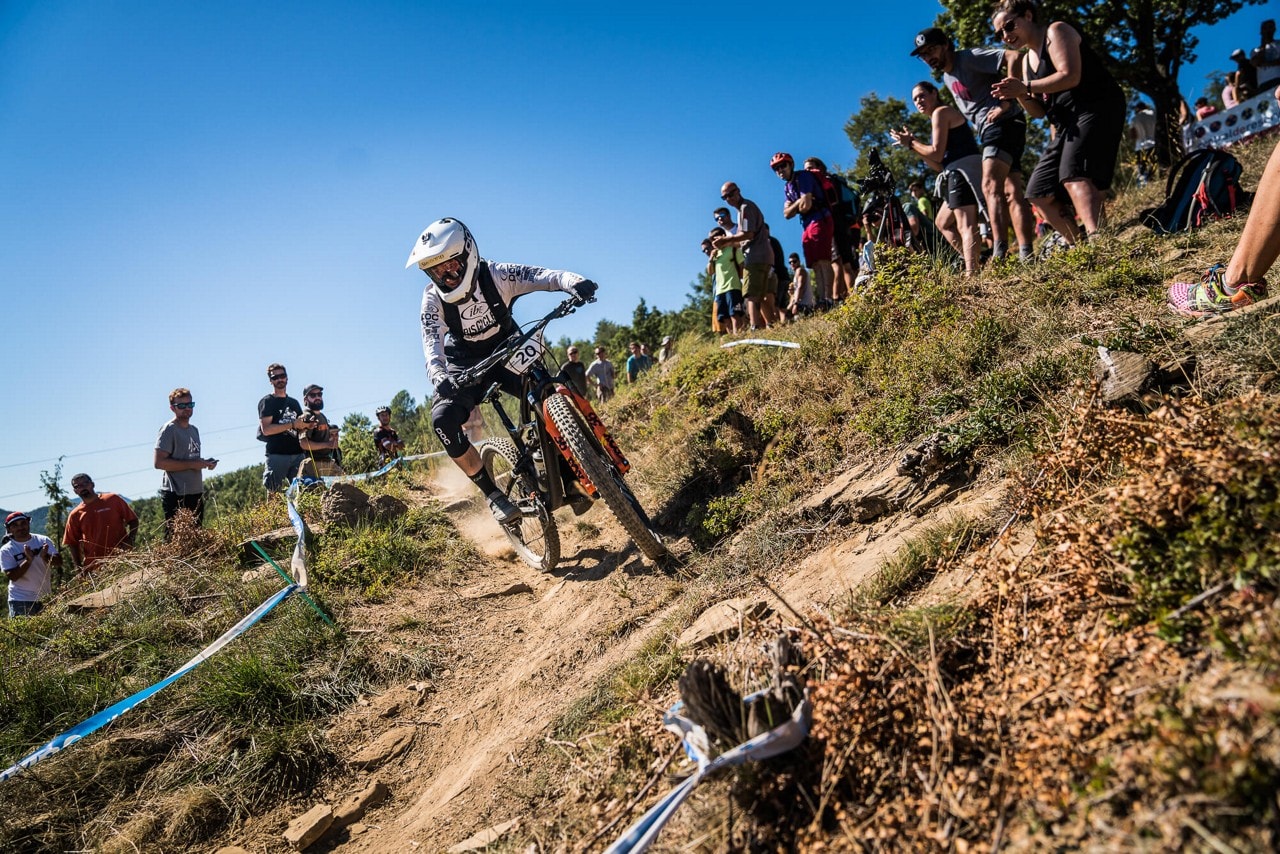 Lewis Buchanan of the Ibis Cycles Enduro Team finished in 16th place, earning valuable team points for the Ibis team that is currently sitting in second place in the Team Category points series. 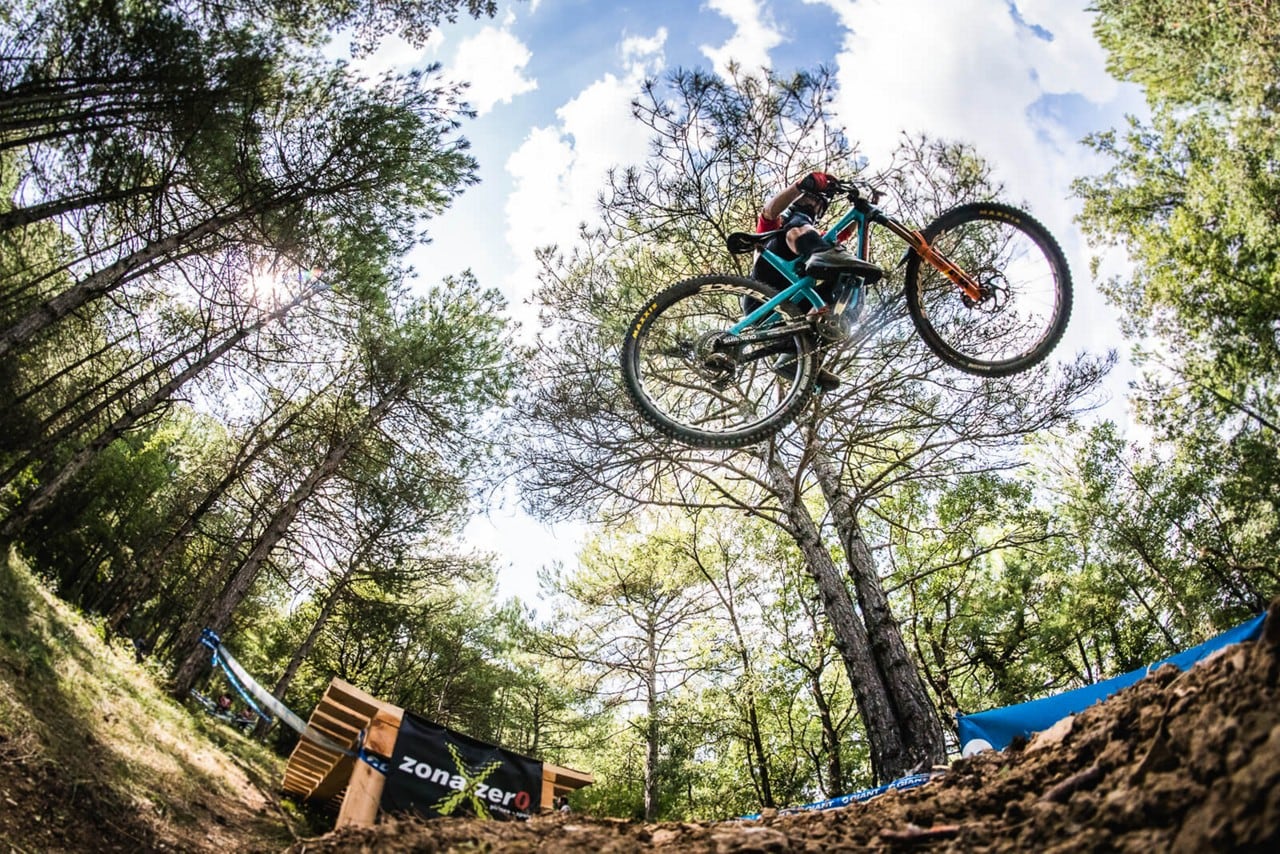 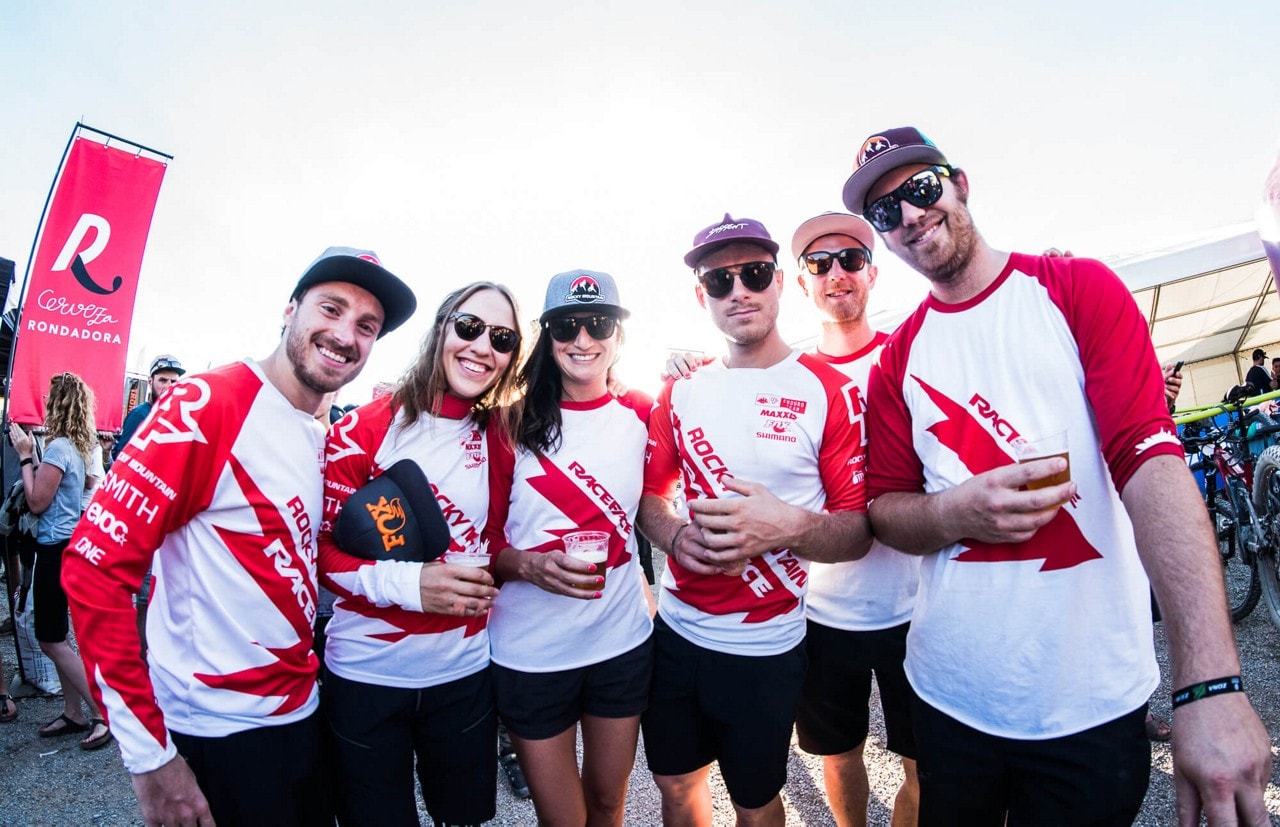 The Rocky Mountain Team had alot to celebrate with ALN finishing in 3rd, Jesse in 8th and Remi in 12th. The combined team points made them the top team of the weekend. Andreane Lantheir Nadeau, or ALN as she's known as in the MTB world, led the way for the Rocky Mountain Team earning the final step on the podium. The third place finish marked her third podium of her career. 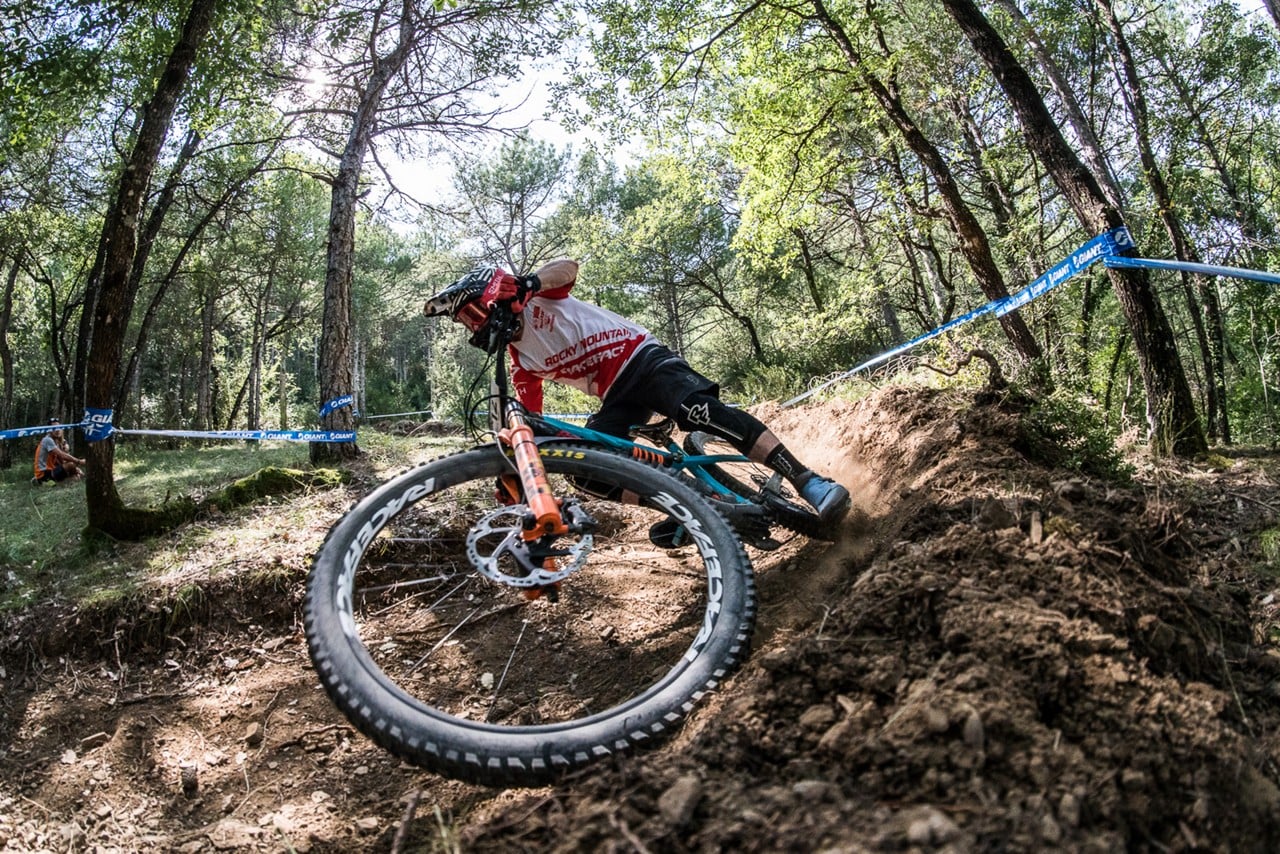 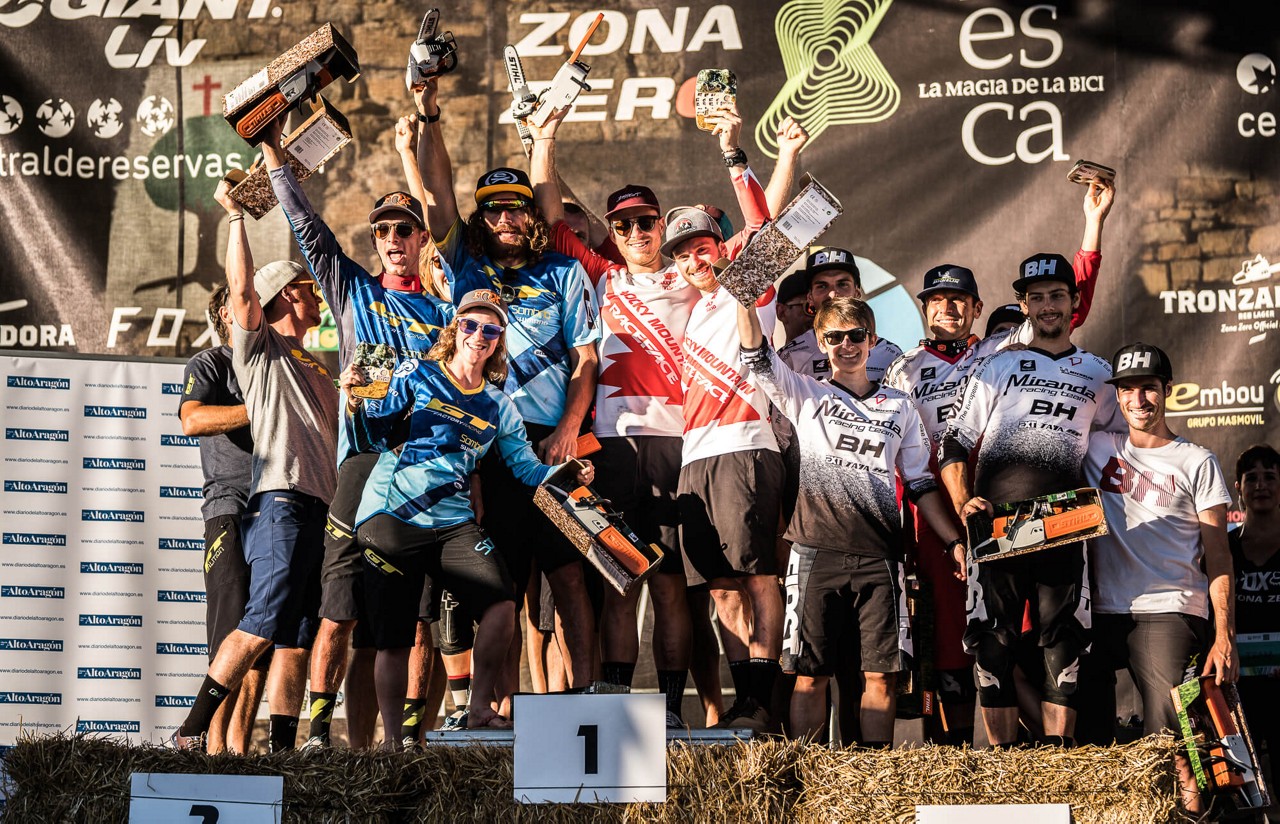 In true Canadian fashion, the Rocky Mountain Team took home prizes of mini-chainsaws and axes for the Team Victory.