Shimano Gravel Alliance ambassador Ben Popper  (@gravelcruiser) shares his experiences from the Rock Cobbler, a 90+ mile ride with over 6,800 feet of climbing over country asphalt roads, trails, and private land through Bakersfield, California.

I thought to myself as our group leader started the kick off meeting with the question of who thinks they've done the longest ride thus far this year. It is February and I live in Seattle, but this was hardly an excuse for this group. The first question was followed up with who had ridden in the coldest. I couldn't compete with either question while the results were being categorically combined into who had ridden the longest ride at the coldest temperature. Then the question was asked, who had ridden less than ten times total this year. My hand went up with maybe a few others to surprised looks. Eight times? Yep. Less than six times? My hand is still in the air, but I had obviously won this competition after eight. Disbelief followed by a meek five? I put my hand down and claimed five, but I was lying. I had gone out and pedaled for a whopping total of three rides this year, on the eve of participating in a 90-mile, 6,000-foot gravel leg breaker. I didn't feel like I was gaining any acceptance into my new bike clan while they gave each other eyes of who was going to be the person to tow me back into town with a rope. 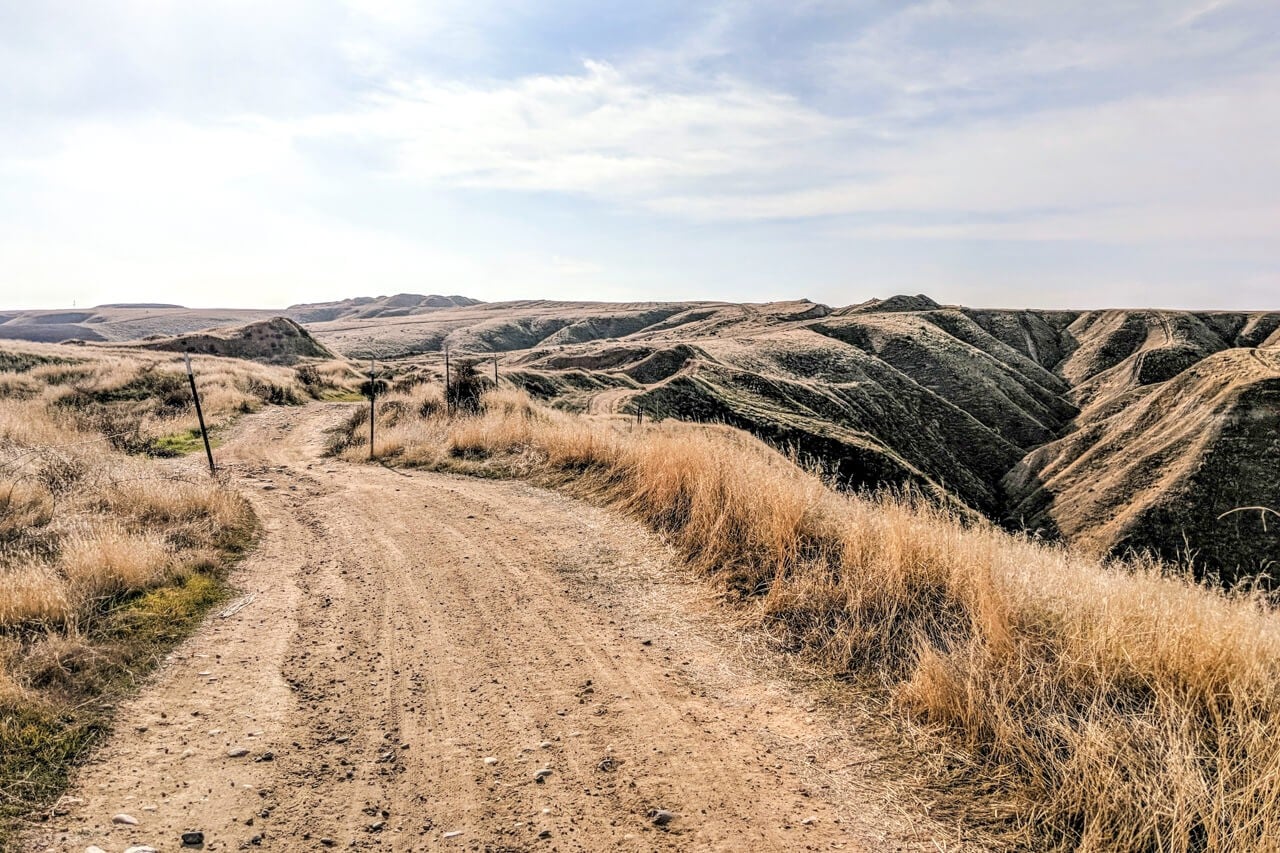 The first week of February isn't the time of year you are prepared to do such a ride unless you are working really hard for a constant state of earned fitness or you live in Southern California. The Rock Cobbler in Bakersfield, California is a Gran Fondo style event put on and for exactly such people as well as the fool hardy like myself. Any lack in preparation was to be my own fault as I had willingly signed up for it months ago. I tried to be reassuring to the group, my daily commute with a 50-pound tandem and accompanying 50-pound son through the hills of Seattle had to count for something, right? Right? 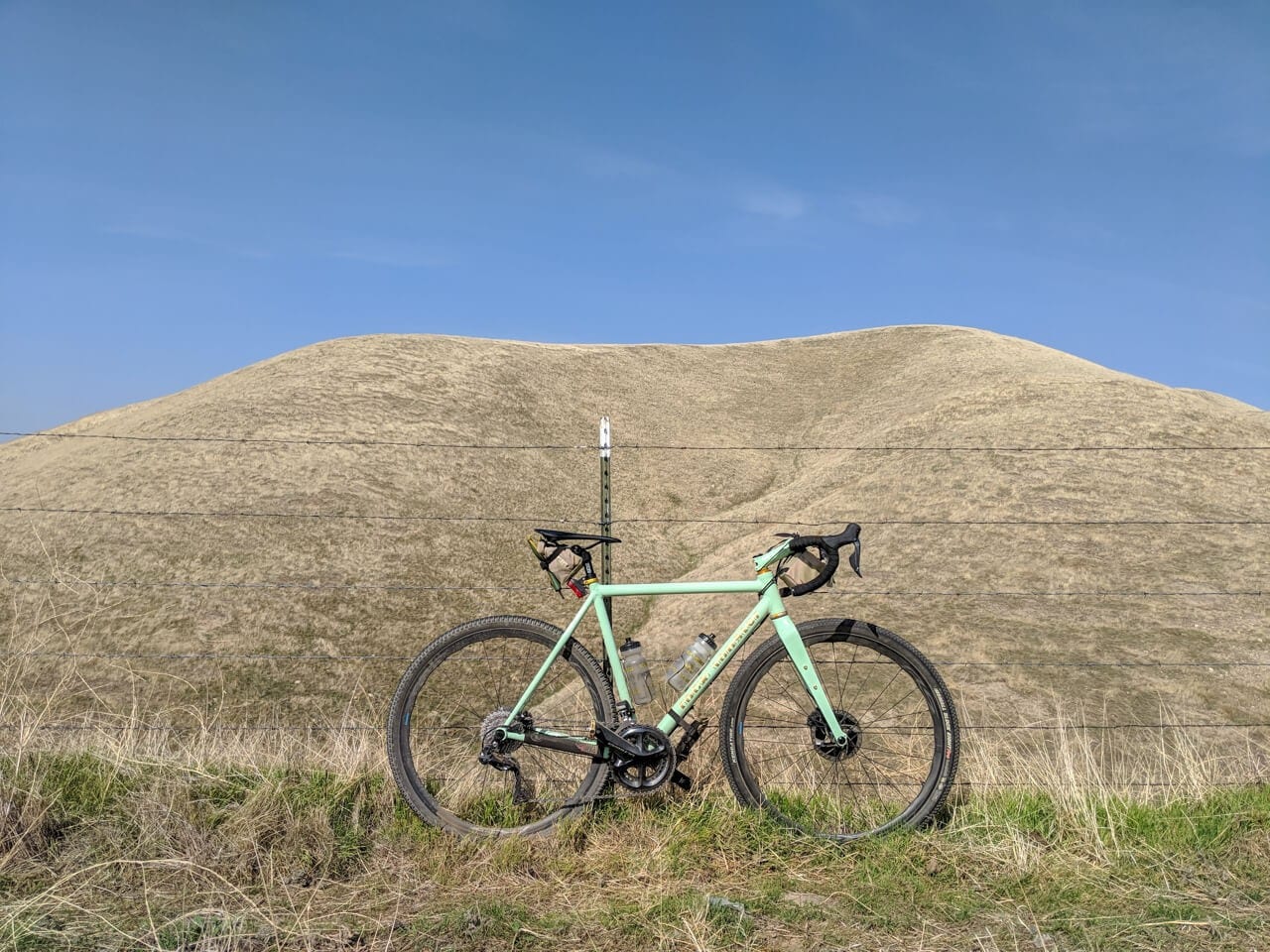 Constant enthusiastic high fives, jumping my Shimano Ultegra Di2 equipped Rock Lobster Gravel bike off of any bump I could find and skidding into every stop like I was driving the General Lee. It seemed to be working. I had learned most names and as we rolled onto the start line everyone brightened by the warm temperatures and sunshine was smiling, seemingly unconcerned with my almost guaranteed forthcoming falling to pieces. As if having escaped cold weather and rain was enough to make whatever was to come totally worth it. 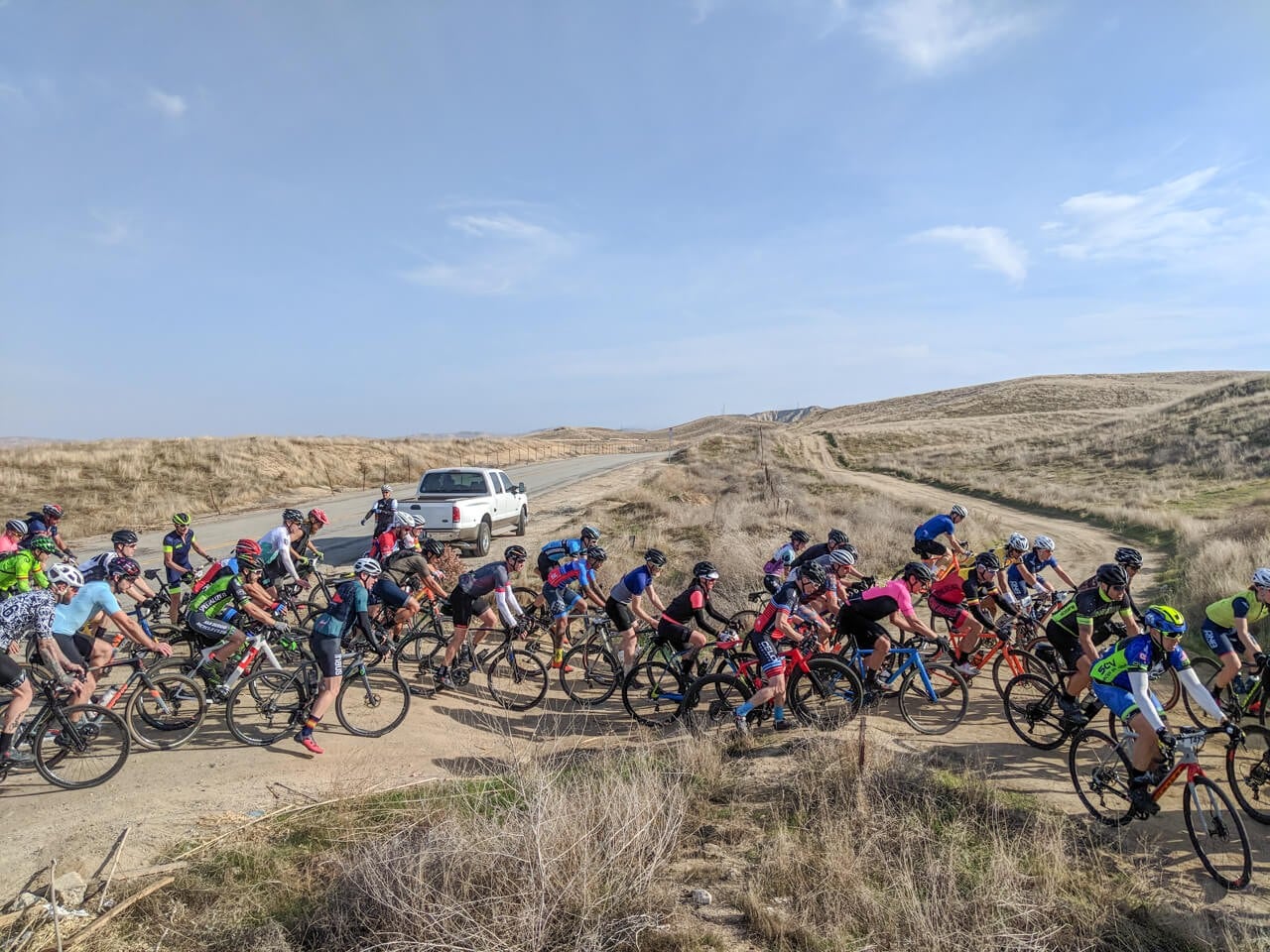 With the buzz of six hundred knobby tires on pavement, the initial twelve-mile, neutral rollout felt like the big group rides I had done out of Santa Cruz years ago when training for racing elite level cyclocross. Fast enough to know the people on the front were going to crush the entire course, but big enough that it felt like a free ride tucked into the shelter of the group. Through town and along the river out of Bakersfield. Every pedal stroke getting the group closer to the steep bits the foothills of the Sequoia National Park were hiding. Then as if being rudely awoken, with a sharp u-turn off the pavement, around the barbed wire menacingly poking out from the inside of the turn, we were on dirt for the first time and the ride got real. 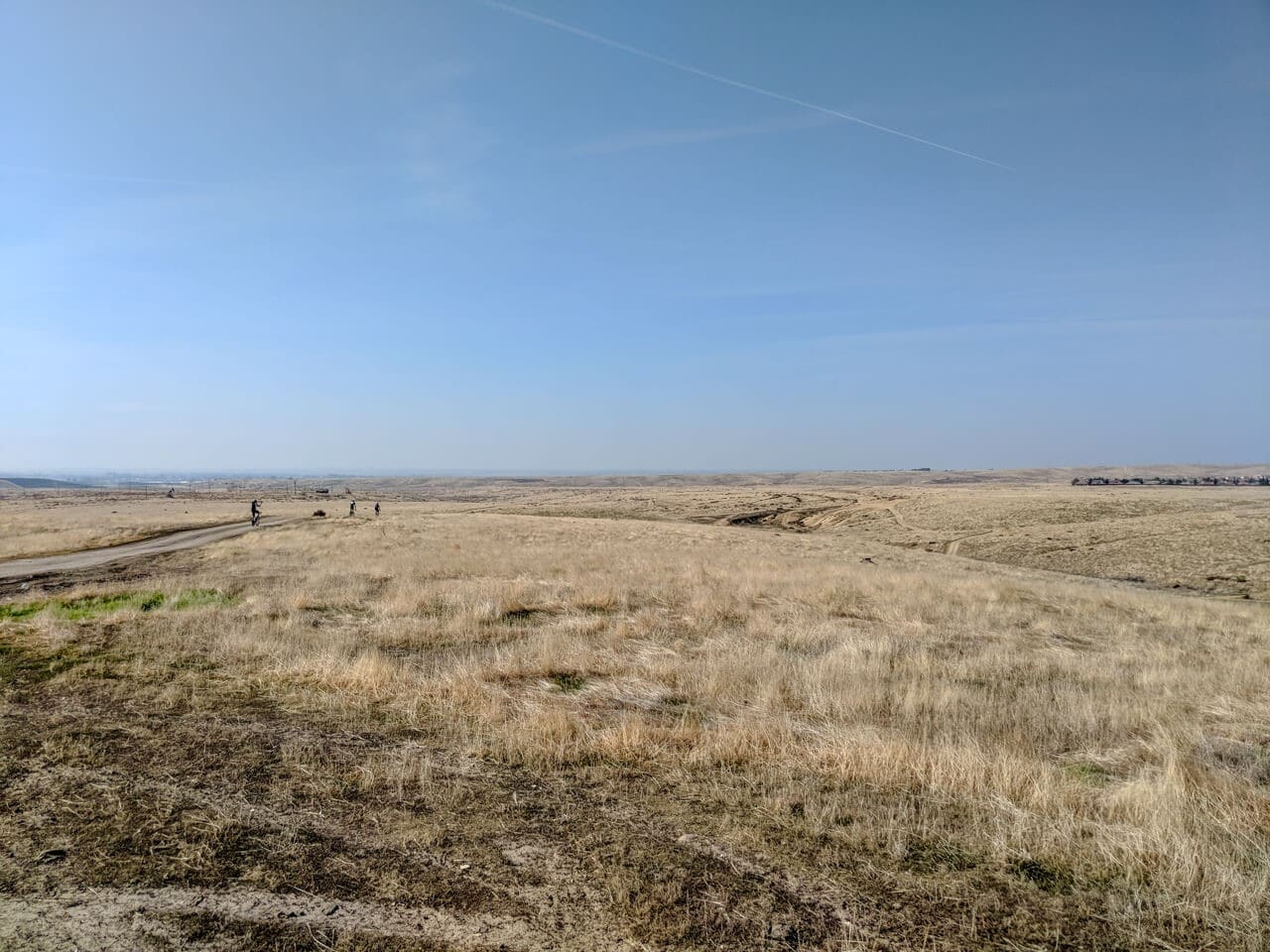 A series of punchy climbs did exactly what they are put in any course to do in short order as the group 300 strong slimmed down into single file line. A row of ants marching across the hillside as far as I could see. With fairly fresh legs, time and time again I threw fuel onto the fire, burning whole packs of matches when I had only brought a handful along, to ride steep, loose pitches instead of walking. After successfully riding a particularly steep, channeled out section that most were walking, I turned around and descended to help one of the neutral support dirt bike guys get his moto out of a rut. I wasn't worried about a little extra elevation yet and needed some good karma.

I bripped, braaped and buzzed through the initial stages of single and double track towards the first aid station. If this was any indication of what was to come, I was in for an amazing treat. The energy at the first aid station was infectious. Positive attitudes, adult beverages in abundance and a hint of surprise floating through the air. Or rather a distant roar of debauchery that was hard to place. As we left the aid station, we slid down through a chicane of grass, through a fence gate and into a palace of a backyard. After spending an hour riding through pretty barren and arid dry hills, it was literally a desert oasis.

The group I was in all silently looked at each other as we coasted into the street. Did that just happen!? Was that real or was it really a desert mirage? 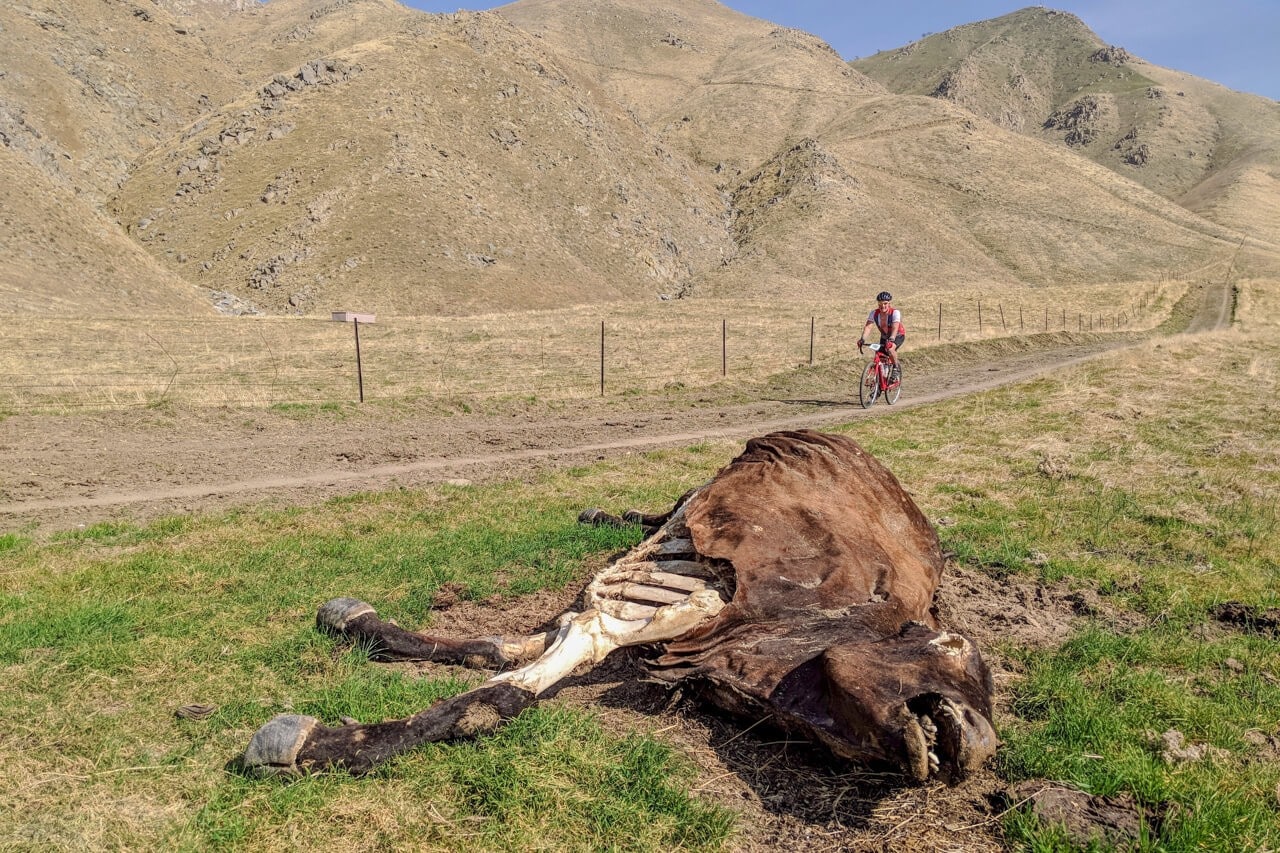 The ups and downs between the first and second aid station seemed longer and more gradual. It made it so that we could develop a semblance of a maintainable pace. We paused for high fives, to help broken bikes and riders as well as investigate the burnt out remains of the Enchanted Forest. The second aid station sat at the base of what was to be the days big climb. I slow rolled up the pavement and hitched my rope to the wagon of a member of our group that dug the same leg friendly speed. We were both feeling good still, but after decades of miles under each our belts, instinctively knew that with fifty miles to go we had no business pushing limits. 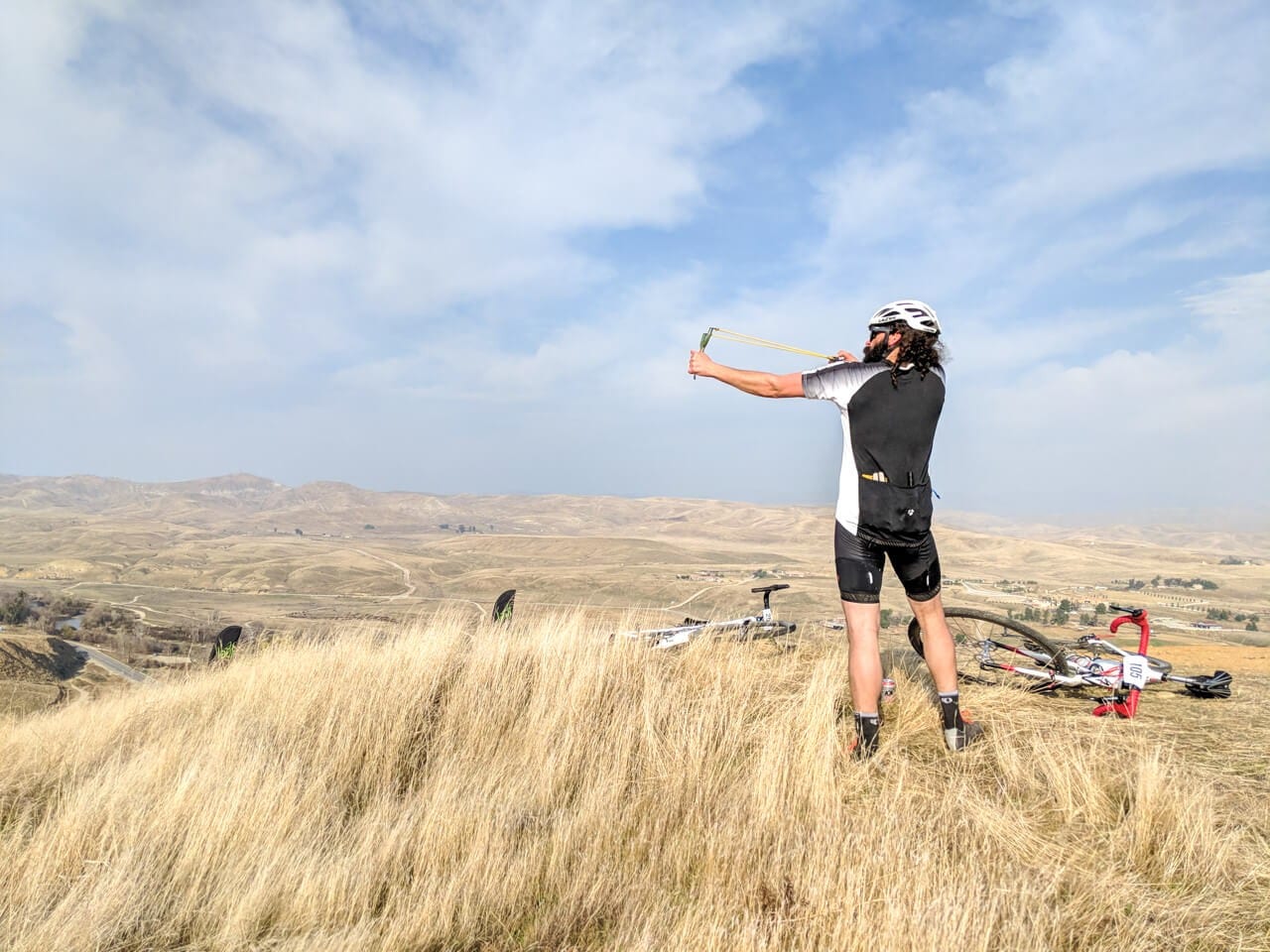 So, my new friend Topher and I ticked off the miles together. Climbed big hills, becoming acquainted when they were gradual and silently suffered when they were steep. We bombed down rutted, hoof hole riddled double track side by side. Encouraging each other with stoke when things got quiet, constantly reminding each other how awesome it was to be riding in the warm sun on isolated gravel roads. At some point we had begun riding toward the sun, a subliminal signal that we were on our way home. And then we saw the pop-up tents of the last aid station on the horizon, far above the road we were riding. I wasn't looking forward to riding up there. 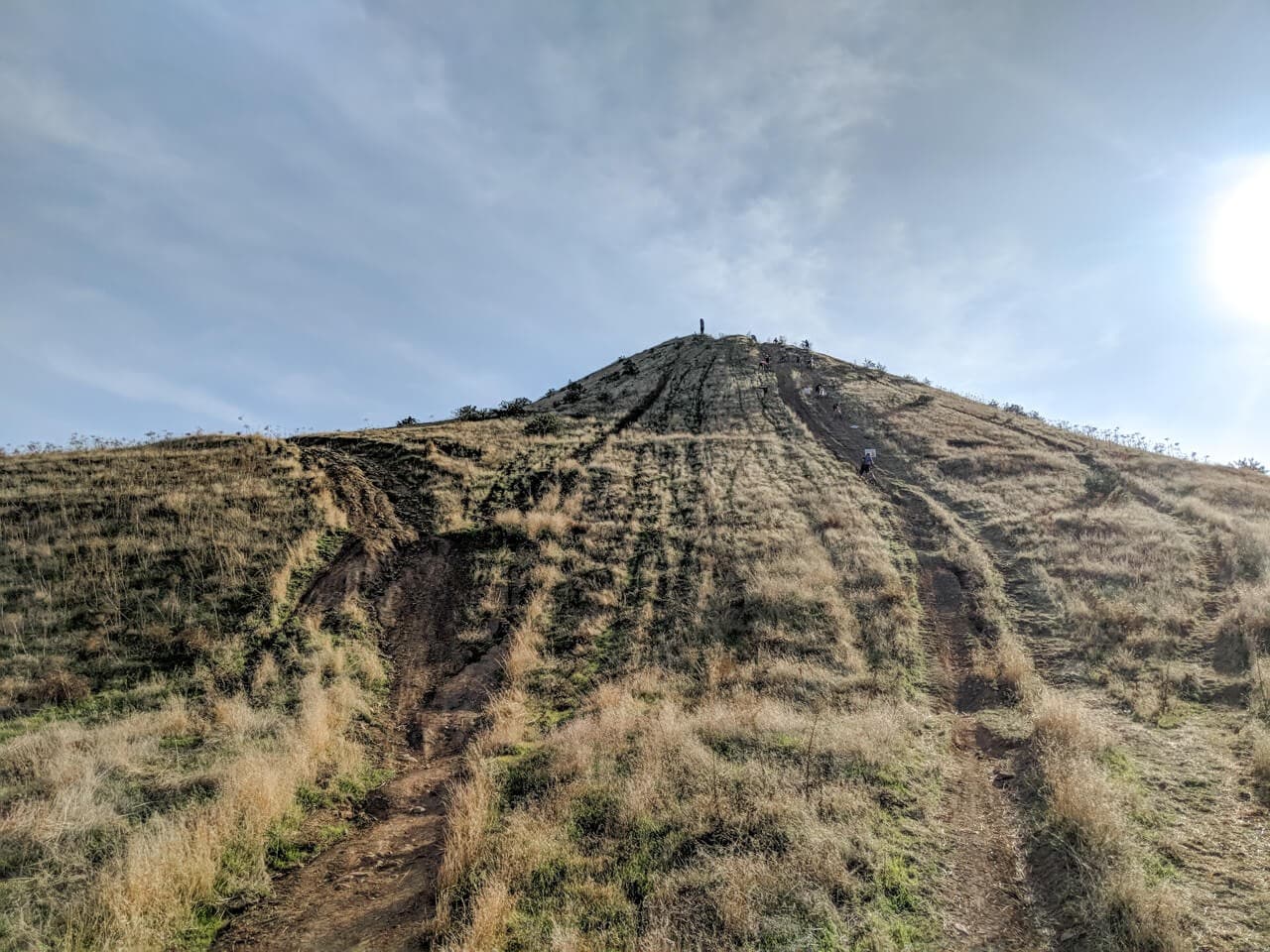 Crawling would probably the closest to the literal description of how most ascended to the top. For the few minutes it took to accomplish it was the worst, but once on top all the grief blew away in the wind and there were only more sweet dirt roads to ride. 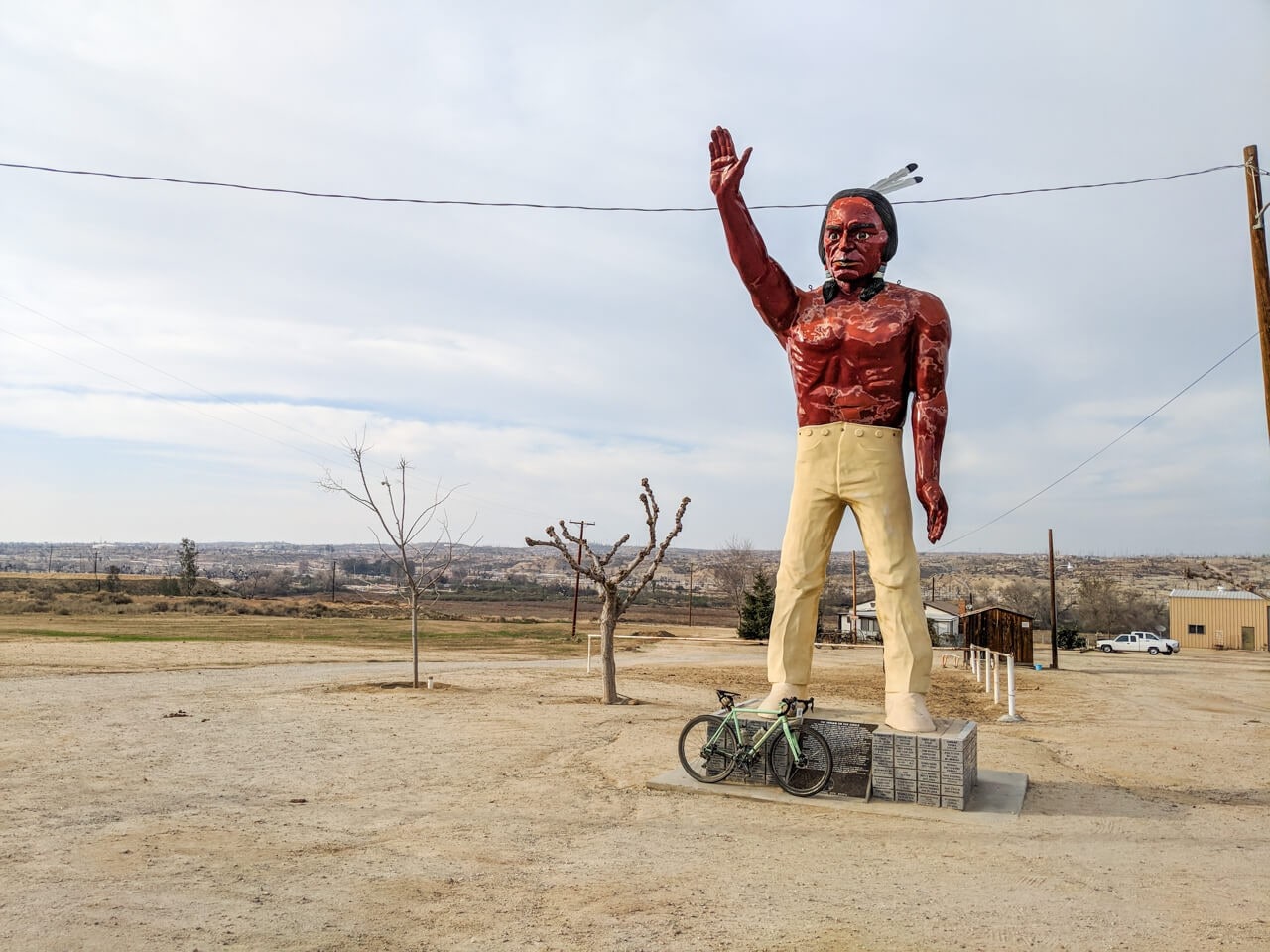 With a wicked, swooping, canyoned, descent to the river valley we were back in familiar territory that signaled the final twelve miles back to the finish and the sweet, sweet finishing line beer rewards.

I may have gotten clobbered by what the Rock Cobbler dished out this year, but we all did, and it brought us all closer together.