Peter Sagan loves the rainbows stripes. He has three of them on different jerseys. He's been collecting them since 2015. Getting one is hard enough but getting three is Level 10 cycling. But he also likes other jerseys. Green seems to be his color - he generally wears it for the whole of July - but he's been known to dabble with yellow too. In fact, it's very rare that we see him in his Bora-Hansgrohe team

Fans were largely robbed of his Tour presence in 2017 following his disqualification but he's rarely far from the podium or our TV screens this year. He's had an impeccable 2018 winning almost all his green jersey points on his disc-equipped Specialized S-Works Venge. Let's take a look below at some of his finer moments of adding a new chapter to Shimano's Tour de France history. 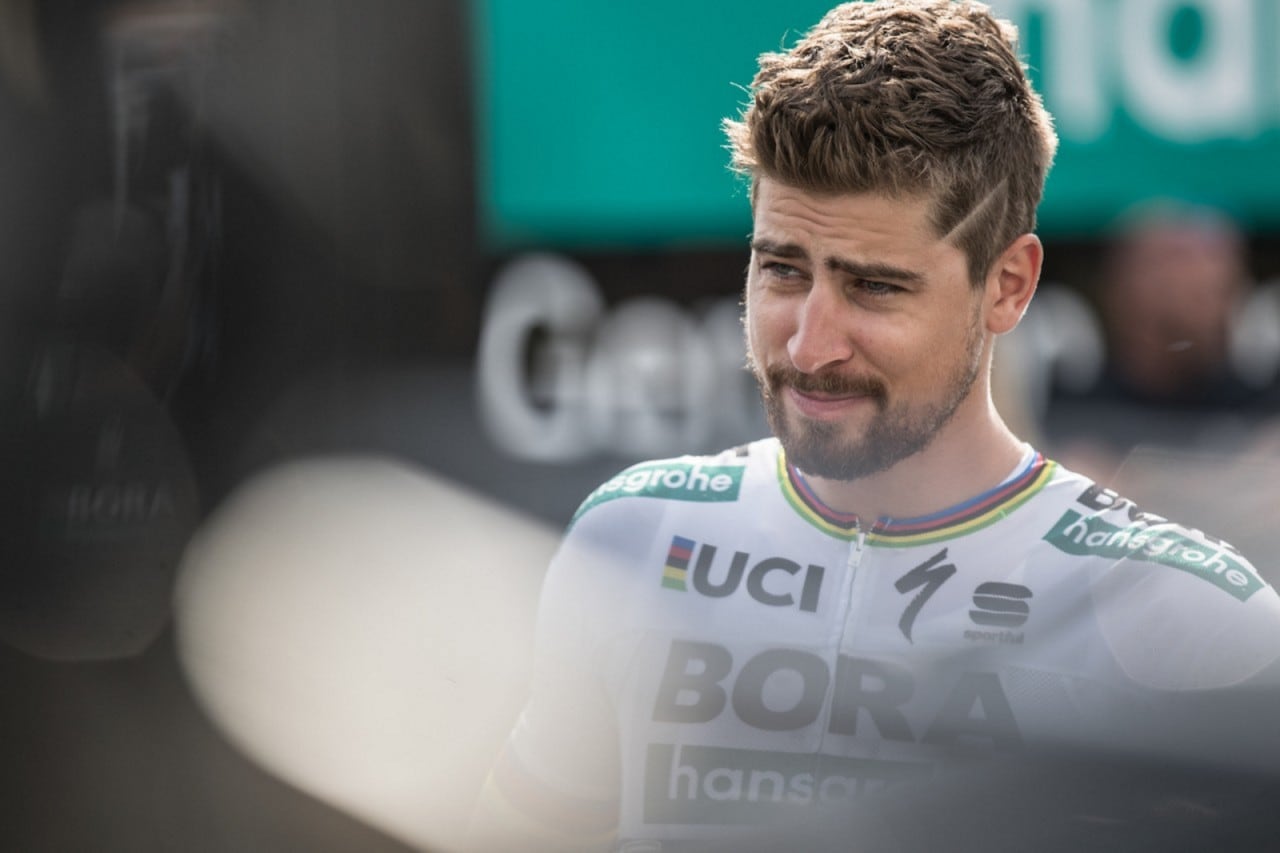 The marauding Maverick. The Tourminator. Peto The Great. Equal parts rock star and rebel. Imagine him on a Harley tearing down the highway. He just wants to be free. Free to do what he wants to do. He wants to ride his machine without being hassled by the man. And he wants to have a good time. Probably.

In the next couple of weeks @petosagan is aiming for his 6th Green jersey in @letourdefrance. We've had an exclusive interview with the World Champ 🌈 and talked about his life. As we all know, he never disappoints. Check IGTV for the full video 🎥 #ShimanoROAD 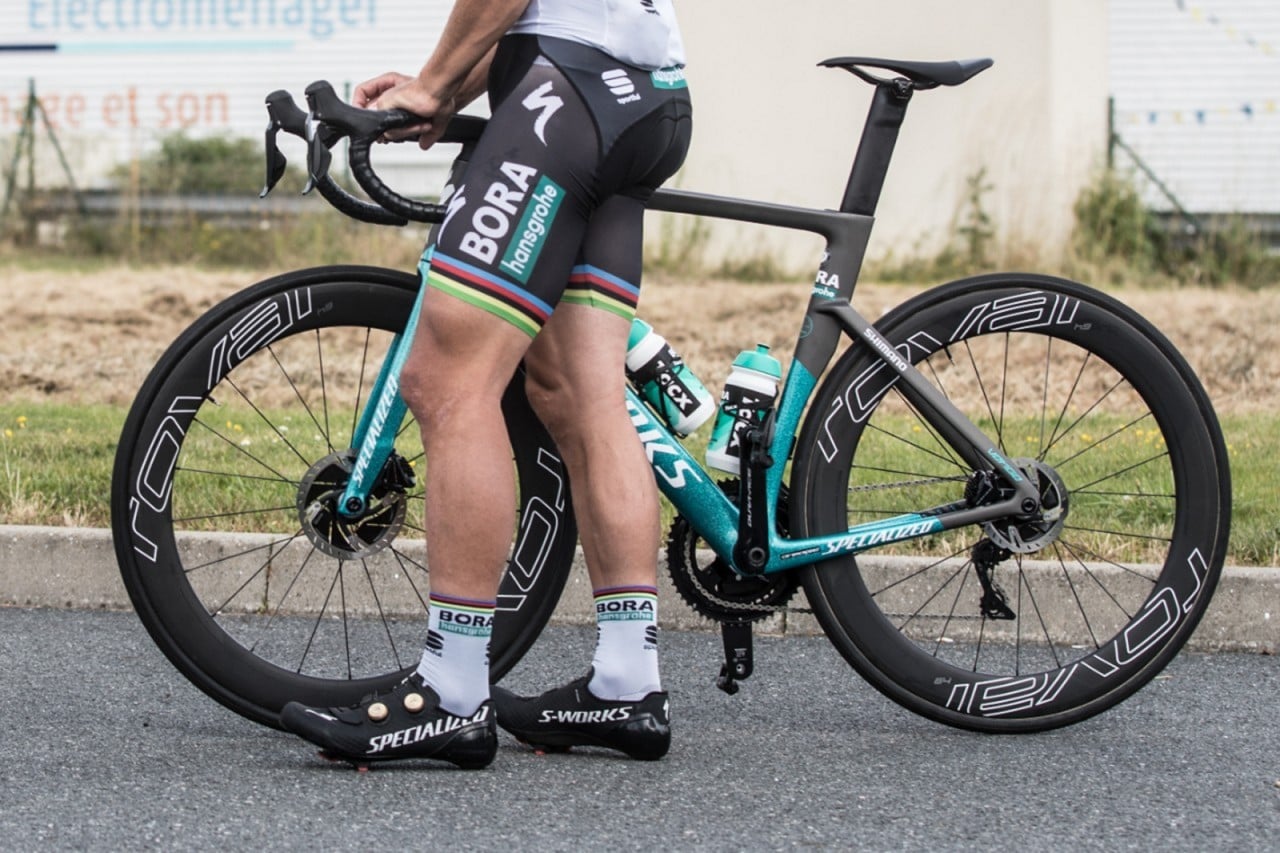 Comparing like for like, all bikes are made equal. They're mostly carbon, alloy and rubber. Yet sit someone on top and its the difference between the lanterne rouge and the leader of the pack. This is Sagan's bike. It could also be your bike. But the difference is mind-boggling. 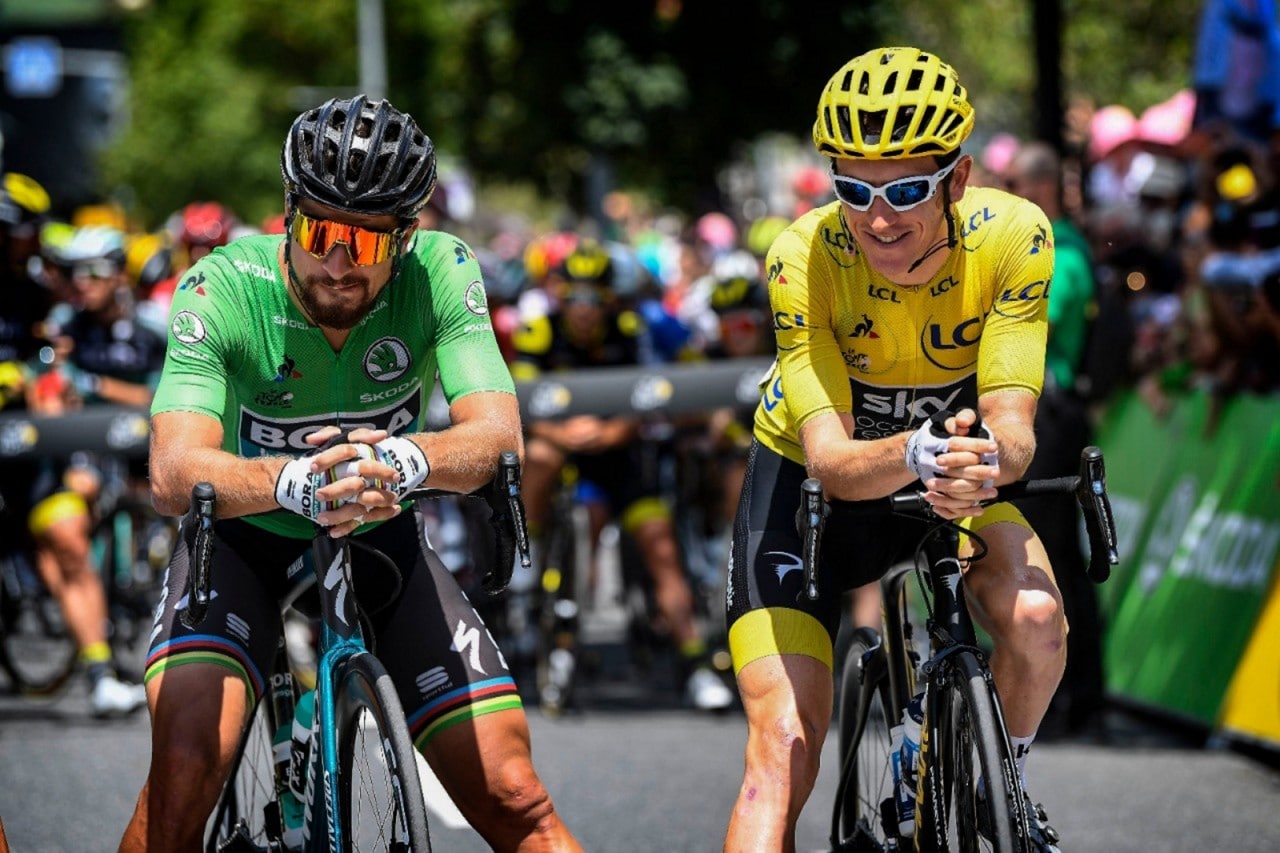 The start line can be a nerve-wracking place. Clearly it wasn't on this particular morning. Being your team's protected rider gives you a certain sense of security. Matched with top of the range bikes, ever reliable componentry and an unbelieveable amount of skill it's easy to be all smiles. 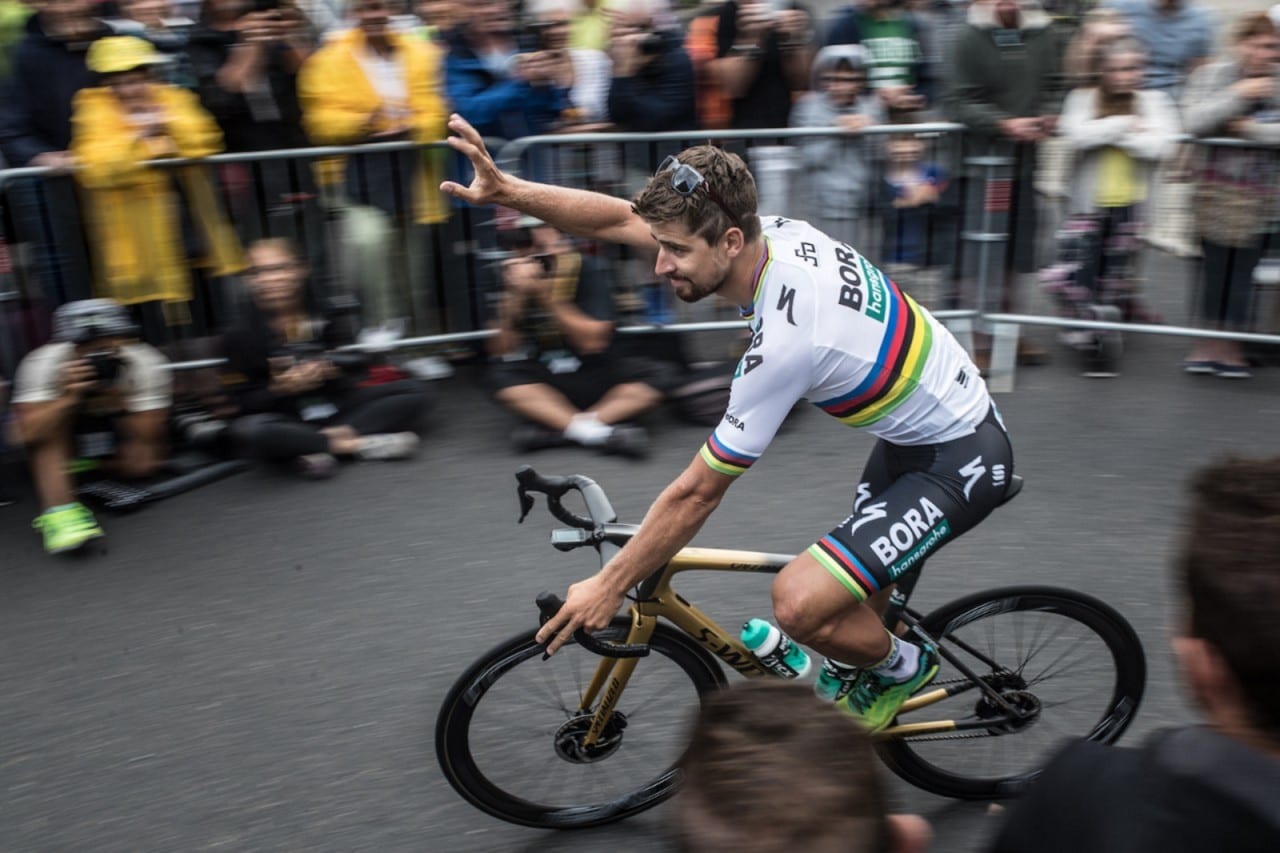 Shakespeare said 'Uneasy lies the head that wears a crown'. He clearly hadn't met Peter Sagan. Three road world championships in a row. He wouldn't wear the jersey for long at the Tour de France though. Sagan claimed the green jersey on Stage 2. No-one dared wrestle it off him. 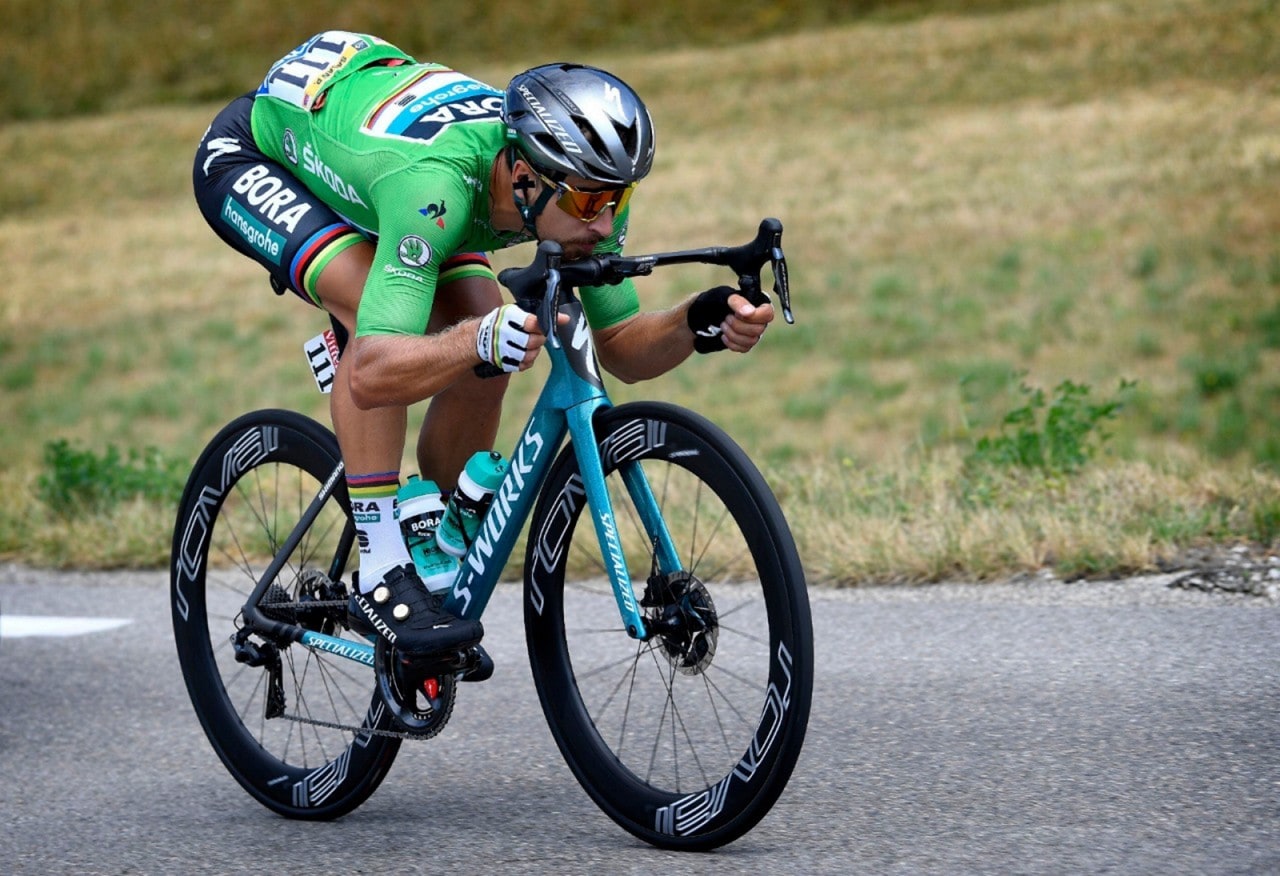 At a certain level bike racing isn't so much about going fast, it's about saving energy. Aerodynamics, weight and inertia fight their corner against pure power. Once you're up to speed it's about maintaining it with the greatest of ease. Dura-Ace R9170 takes away some of that effort. Lighter shifting with Di2, super accurate derailleur movements, Rhythm Step gears and high power, low effort brake levers. Pure power and system supremacy. 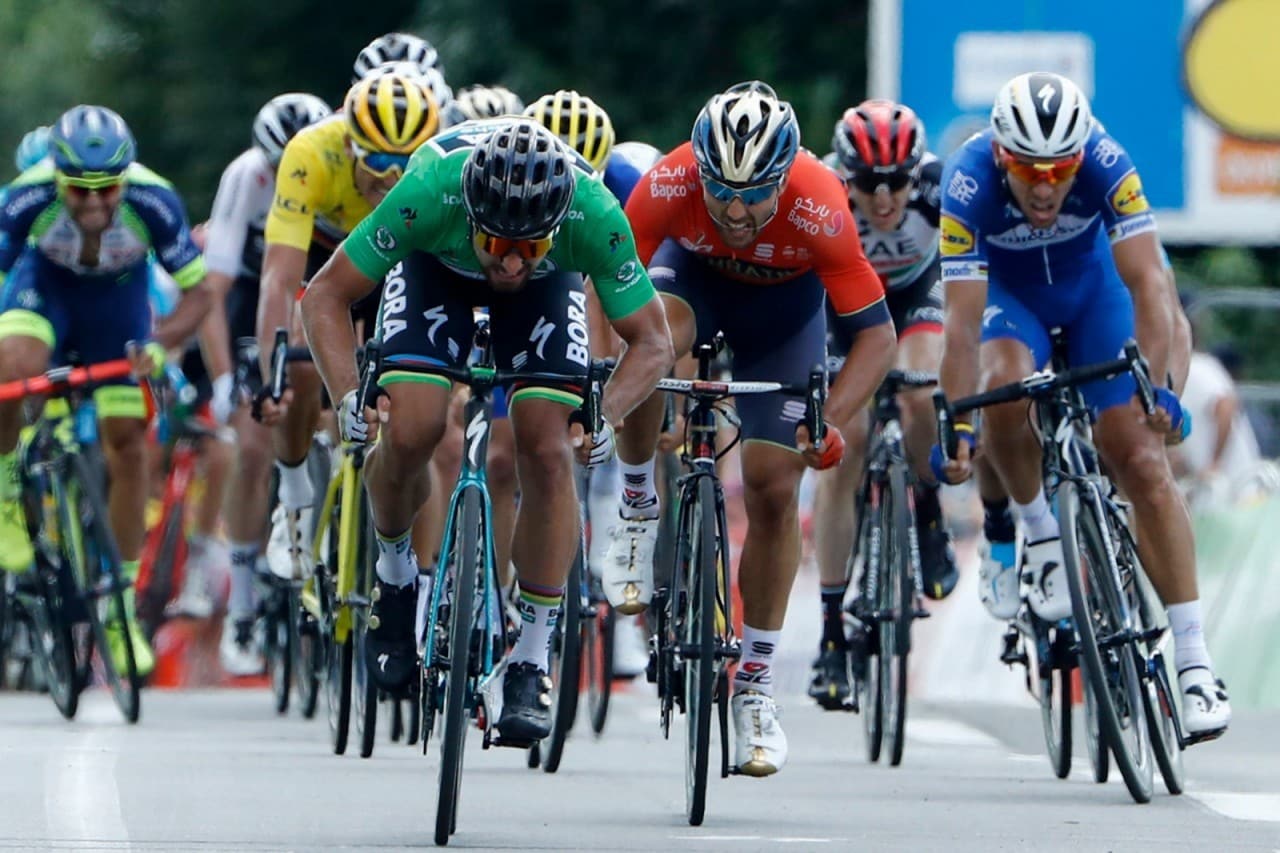 Elbows out, nose to the stem, leg power turned up to 10, clear line to the finish, arms in the air. Chalk up another victory. 2018 Tour de France saw another three wins for Sagan, taking him up to 11 Tour victories since 2012, but significantly this year saw his first tour wins on disc brakes.