Scotty Laughland Exploring the Yukon Territory on the new XTR!

Whitehorse Yukon has always been earmarked as one of those undiscovered Mountain Bike paradises. Somewhere a little more difficult to get to than most, that bit further off the beaten track… Mountain Bike Worldwide going to change that for me when they offered up the chance to attend one of their trips purely to ride the best trails and share the story as we ride along.

The afternoon before I flew the new 12 speed XTR groupset arrived and I had 12 hours to build two wheels, complete the bike build, get it bagged and head to the Yukon.

Thankfully I had some help on offer, I dropped my wheels off with my trusted builder Andy from Stirling Bike Doctor. It was then up to me to assemble everything else, I started with the brakes, bolting them on, trimming the hoses, a quick bleed and step 1 was done. I put everything else roughly on the bike and was pleased with how the build was coming along. Wheels collected, I fitted the new 10 - 51t cassette, slipped on the rotors and popped them on the bike. It was all looking incredible and a somewhat seemingless build. Straight out the box the shifting actuation and precision was unmatchable, easy to set up and with a few cable adjustments the gears were dialled. What struck me the most about the groupset was the freehub, completely silent and smooth rolling. Everything now assembled, it was time to get it into the bike bag…

Bags packed, it was time to start the journey, a short flight to London, long haul to Vancouver and a connection to Whitehorse, 24 hours of non stop travelling and we’d arrived. Greeted by Mountain Bike Worldwide we drove south, the sun was only just setting at 12pm and the rear view mirror was glowing pink, this was the right foot to start the trip on. 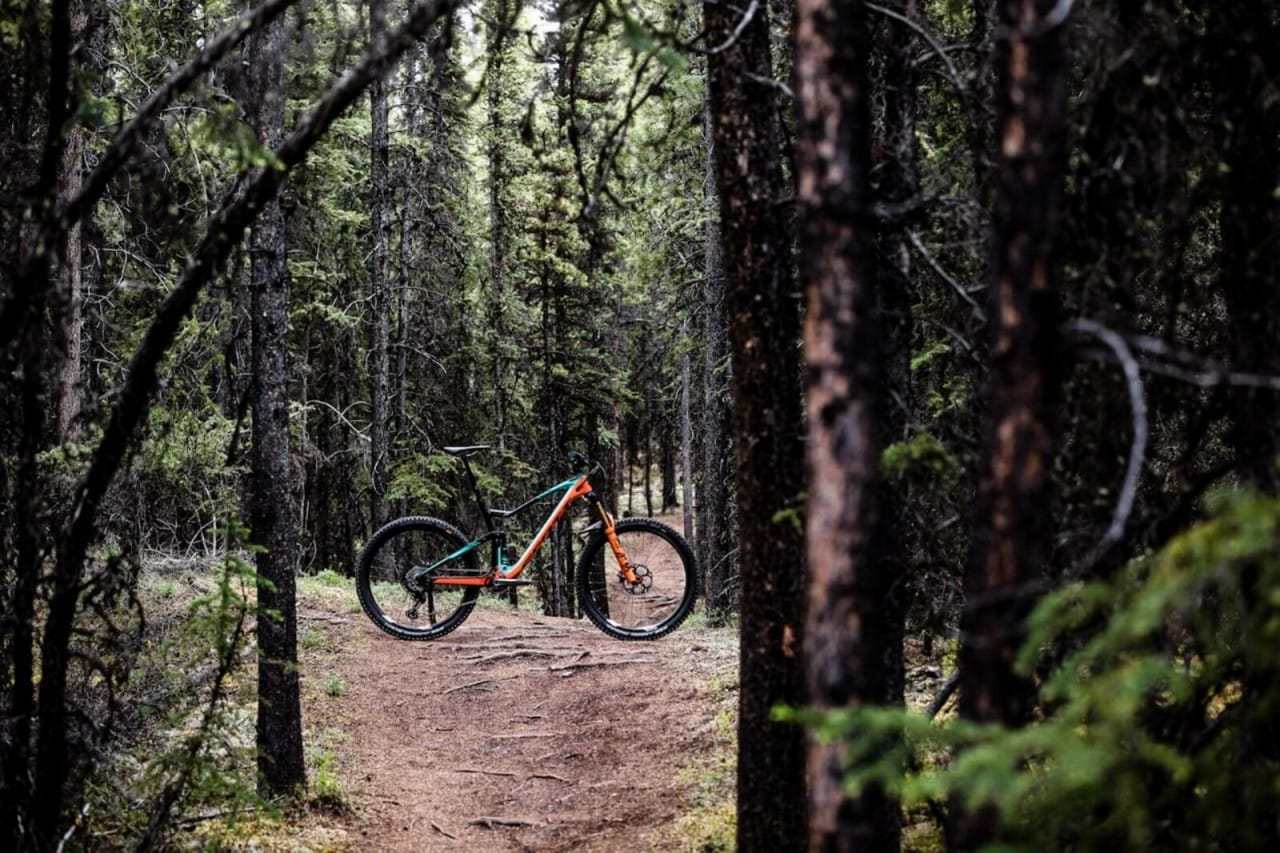 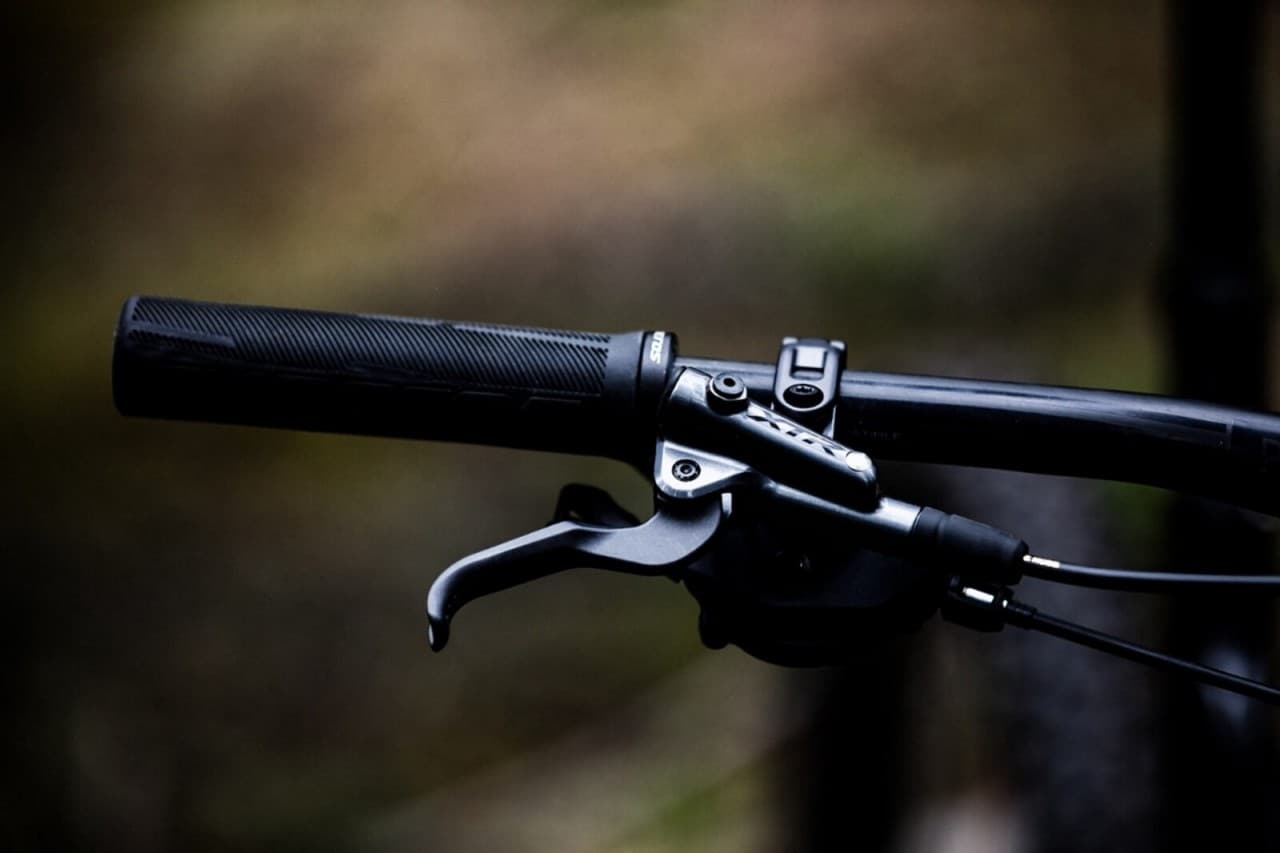 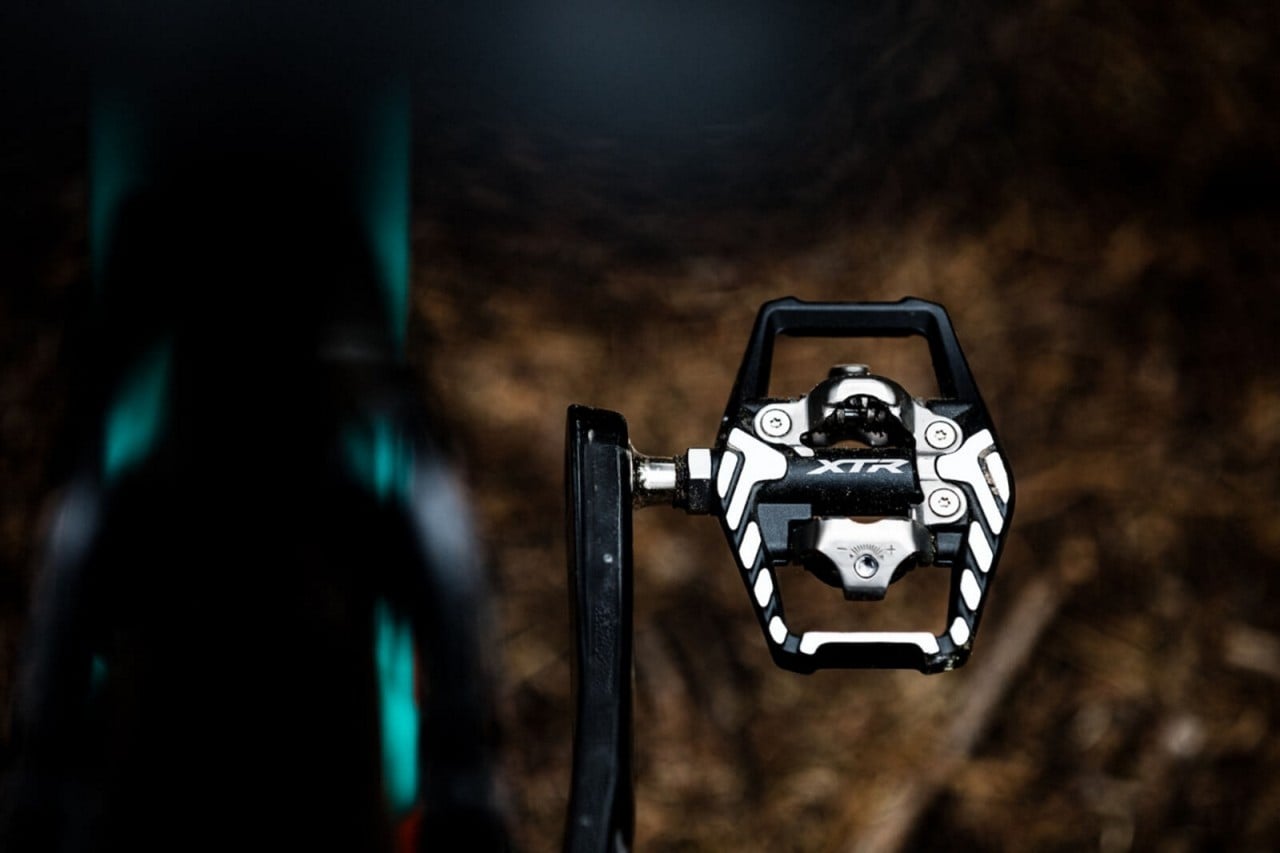 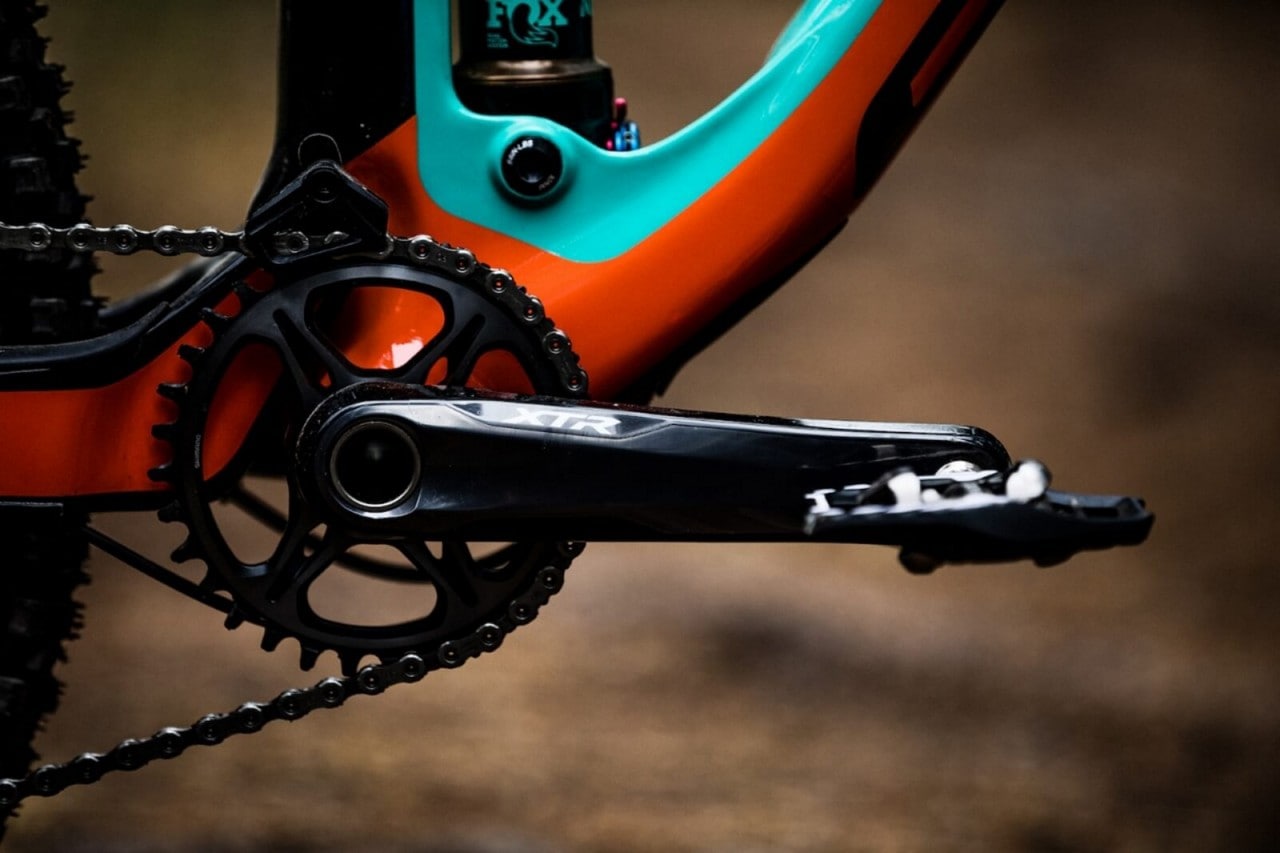 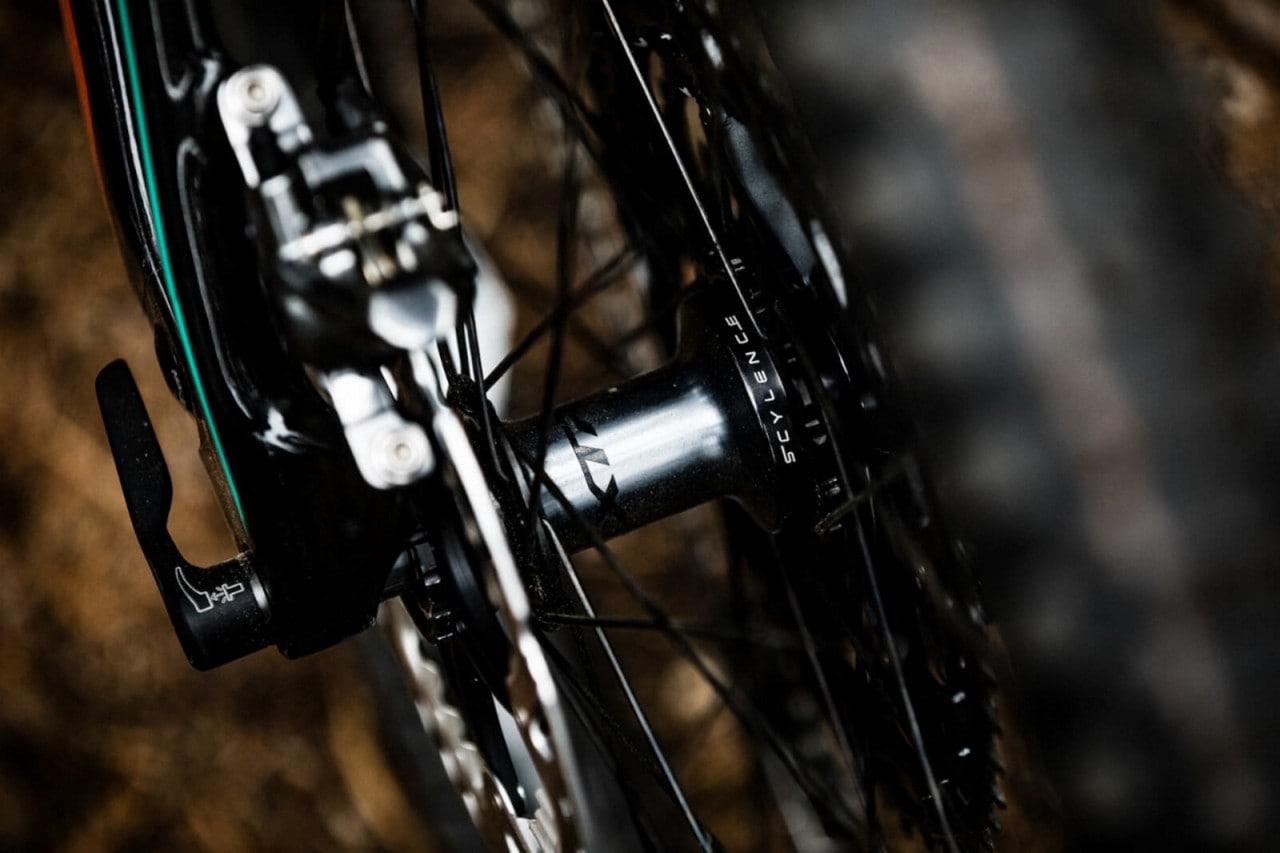 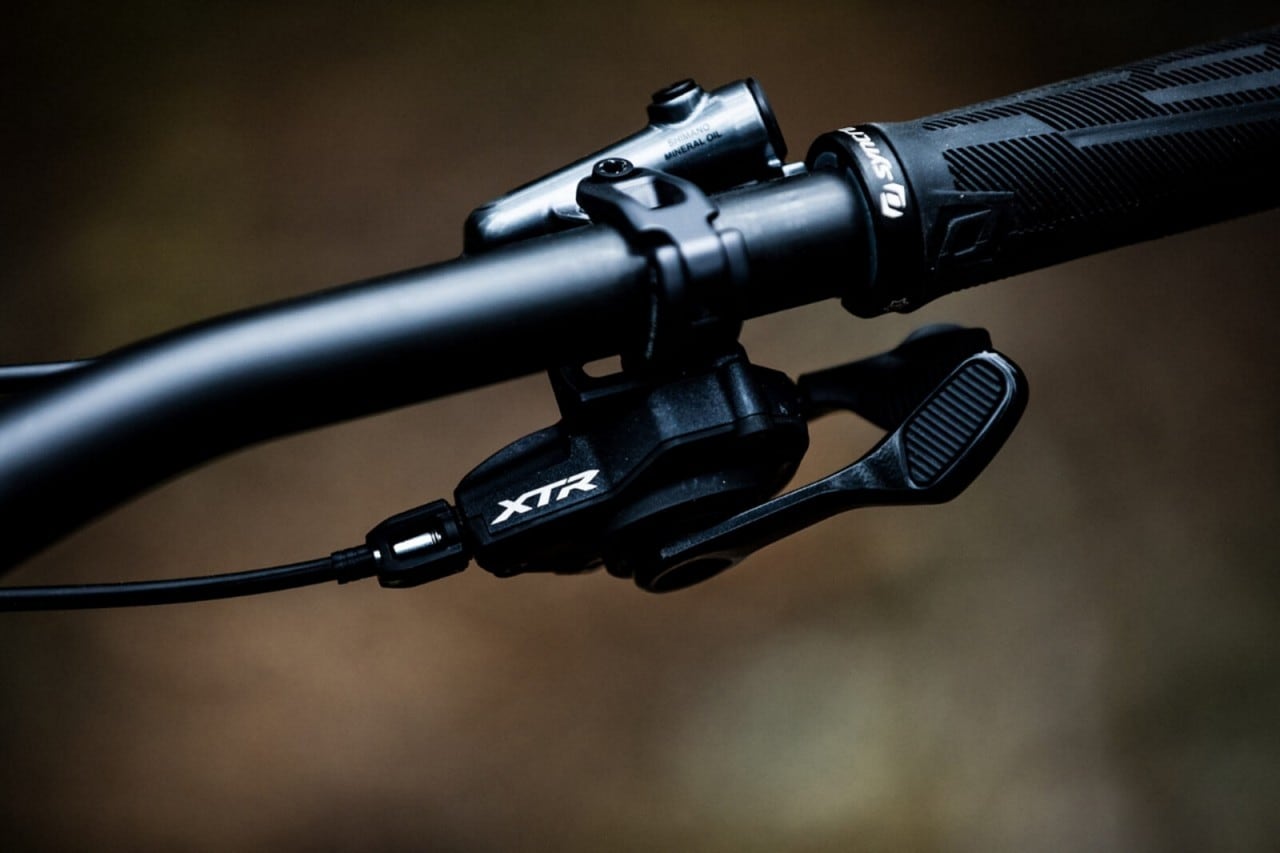 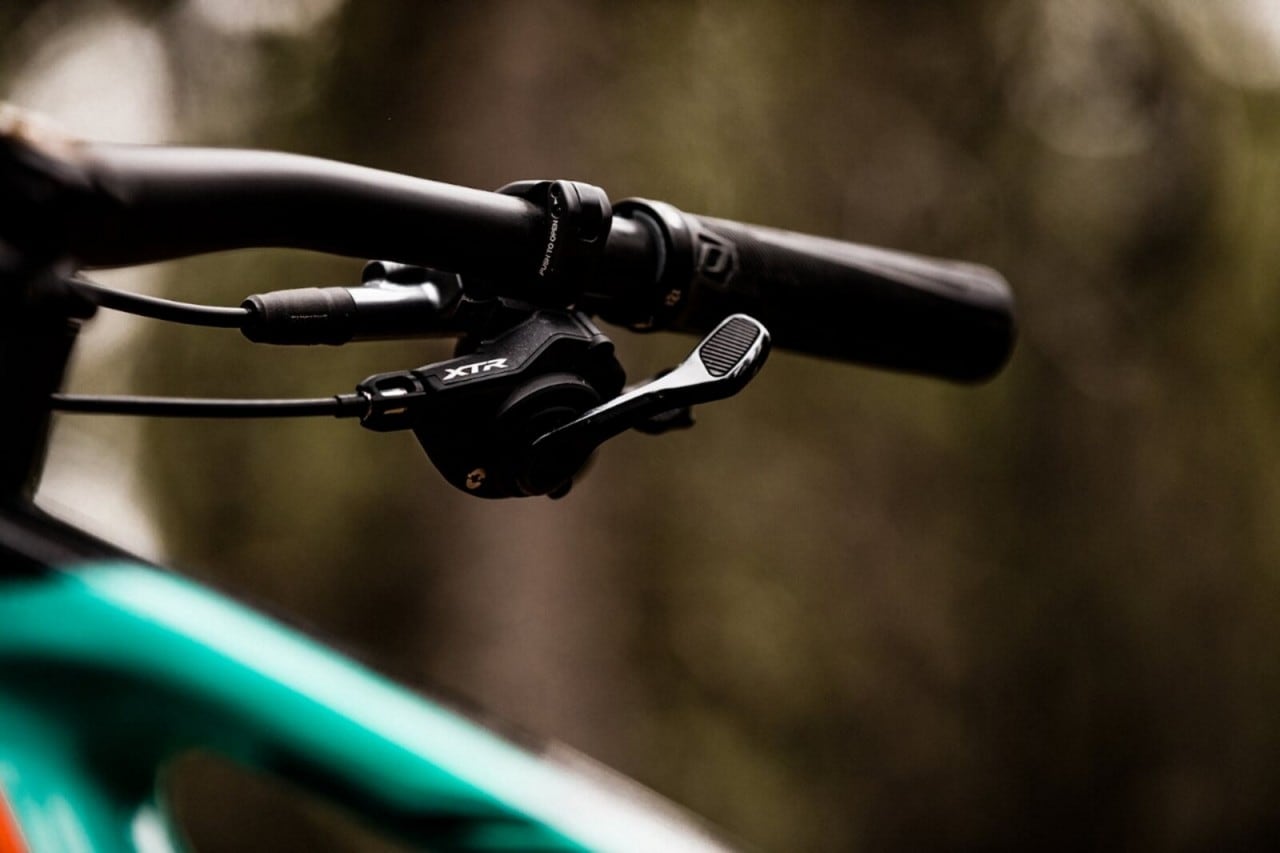 Our trip would be a whirlwind tour of the best trails around Whitehorse, cramming as much riding as we could into 3.5 days, it was going to be a coffee fuelled jet lag struggle. Stop one would be right near the city of Whitehorse riding a small publicly funded bike park called Dirt n Soul, it was similar to what I imagined low level riding in the Yukon would be like, shrubbery, tight in the trees and flowy singletrack. A good morning of shooting and riding, we packed up and headed 45 minutes South towards Carcross. A area developed by local riders through their ‘Singletrack to Success’ program where First Nation locals can get involved in trail building to increase tourism in the region. It was about to get interesting as our guide dropped us off at the top and directed us to the trails. I jokingly said, ‘it feels like there should be a bear somewhere here,’ another 150m and there was the BEAR I’d been wishing for!!! Perhaps my stealthy approach with new Scylence hub had surprised it but thankfully for us it headed away in the opposite direction and we were able to drop into the trails. This was a little more of the style of trail I was looking for, fast, flowing and technically challenging. It’s gradient and abrupt rocky features would be a good test for the new brakes. No more bears on trail, day 1 was complete and it was time to re-fuel.

Mountain Hero was going to be our first day in the Alpine, unfortunately due to snow levels at 1000m the 25km ride in was out of bounds so we had to opt for a hike-a-bike. The trail was steep and I slipped into my 51t cog on the cassette paired with the 32t chainring gave me an incredible range and to our guides surprise I was managing to climb more than I was hiking. The trail had been built in 1902 when the gold rush hit America and there were mining towers and cables as we climbed up the path, I couldn’t imagine what this would be like in 1902 loaded with equipment. We arrived at the top, took some time to enjoy the view and started our 1000m descent. It was fast, flowing and the perfect terrain where just rolling you gathered momentum. It in fact almost became hard to judge your speed until we got into the tight trees of the lower mountain.

Our final full day would be spent on the Yukon River trails, they were known for being incredibly scenic and after two already big days the group was feeling a little more worn, I was definitely thankful for a wide range of gears here, my legs were heavy and the 51t on the cassette made it a little easier. Finishing up with a flowing piece of trail riverside we had a dip and headed back to Whitehorse to gear up for our solstice ride and sunset shoot on Mount McIntyre. 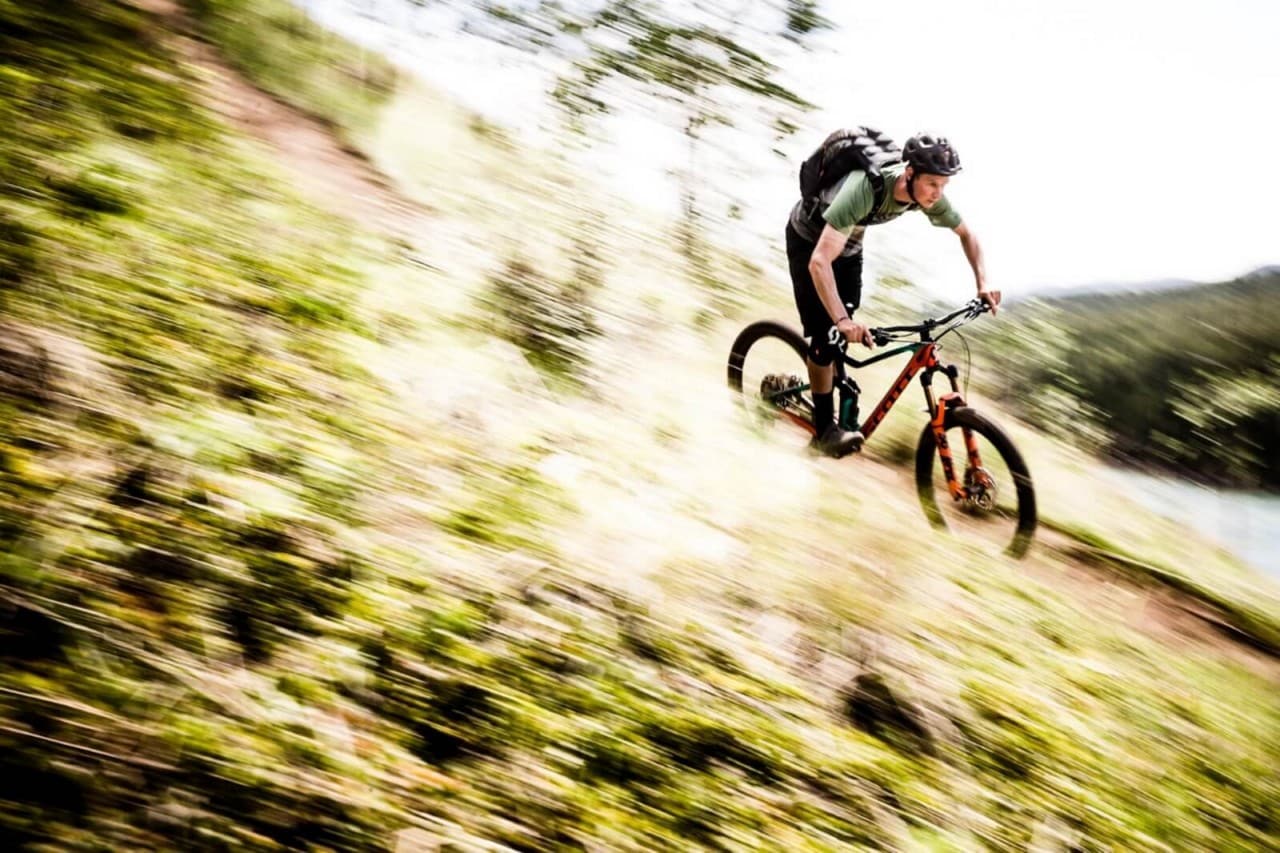 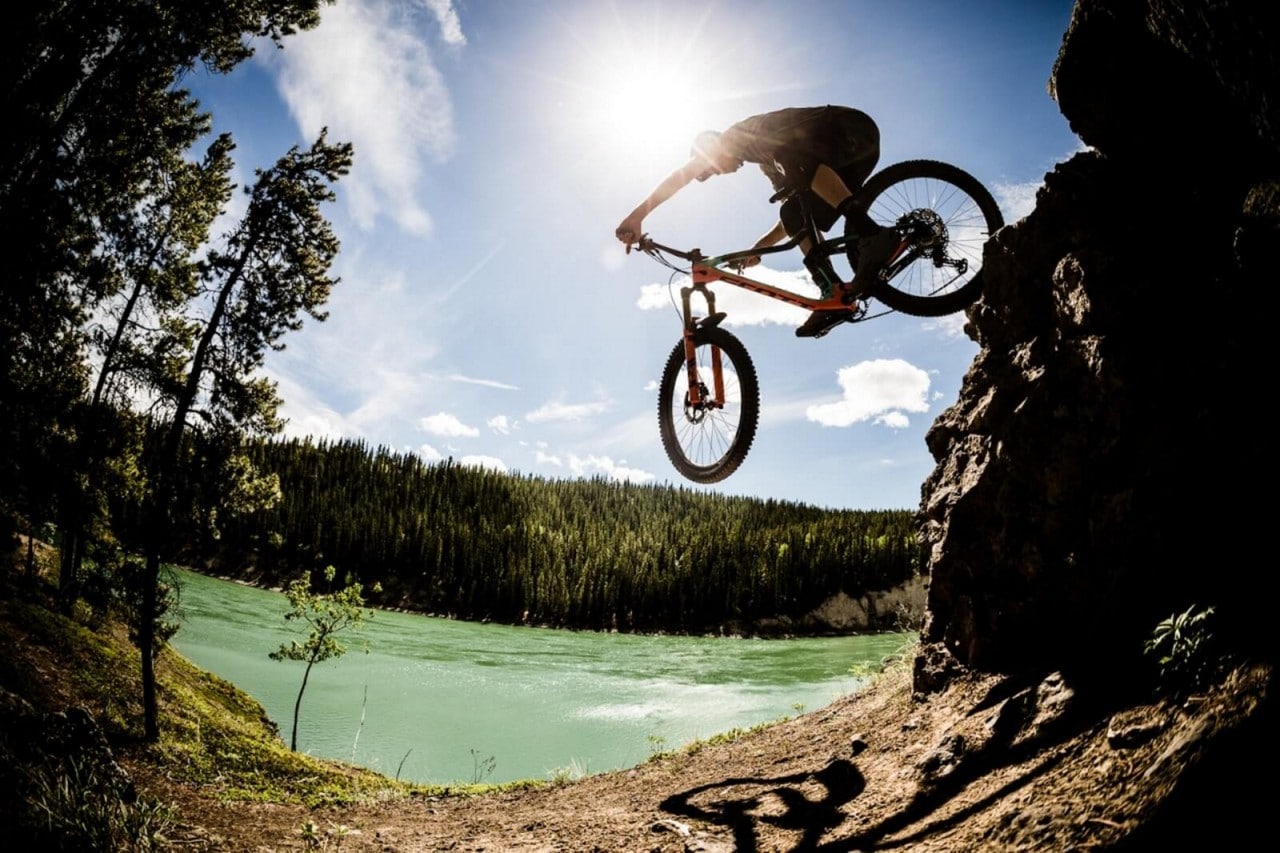 Little did I know what I was in for, mid shooting the local trailbuilders rode down, stopping by we told them we’d shuttled up and wouldn’t ride the lower section of the mountain. They were that proud of their trails that they offered to take our vehicle down for us so we could ride the final descent. Finishing up the sunset shoot, we climbed to the second part of the trail just as the sky lit up a bright pink. The trail had only opened that week and it was FRESH! Descending with nothing but whopping and laughter, we arrived at the mid way point high fiving and shouting, ‘that was the best trail ever.’ Carrying on we finished riding at 00:30, the experience was something you dream of and this will be a memory that will last forever. 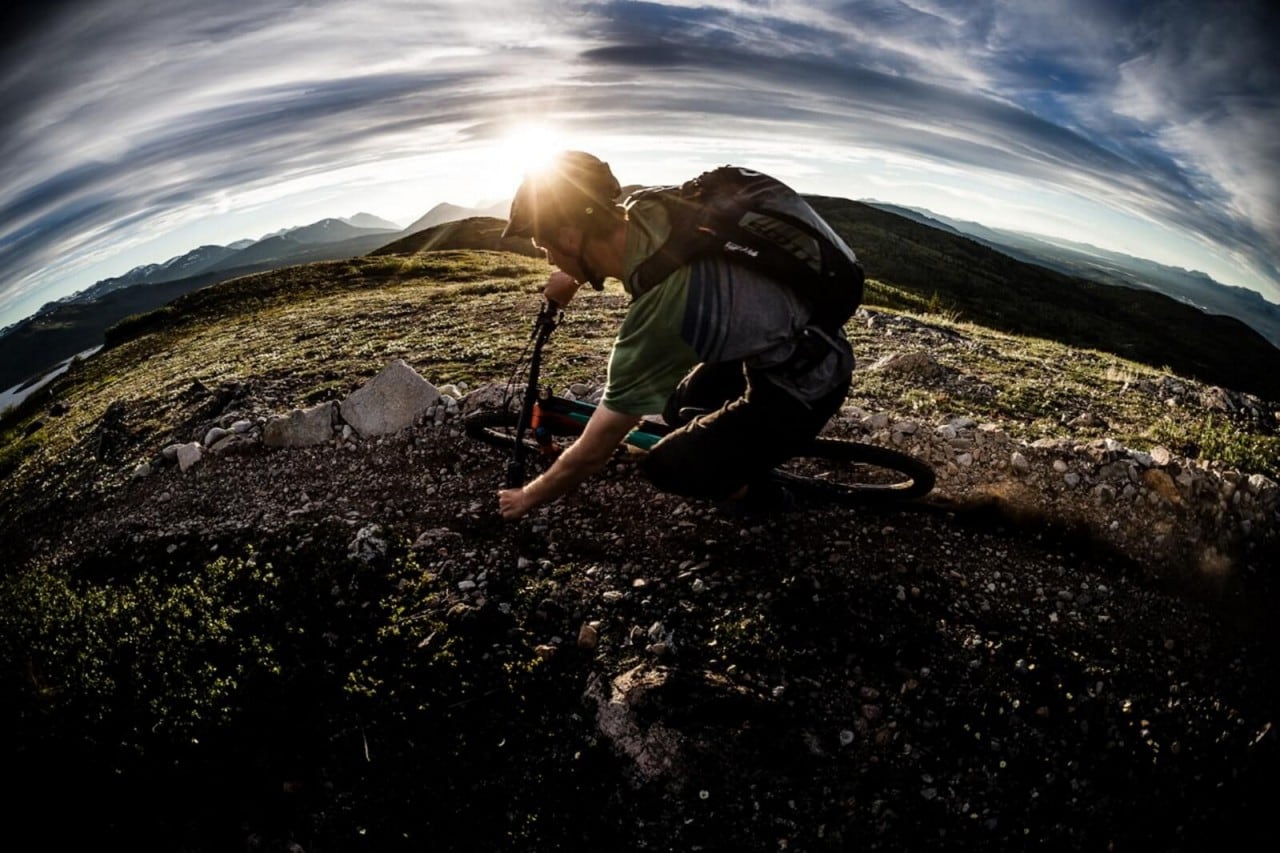 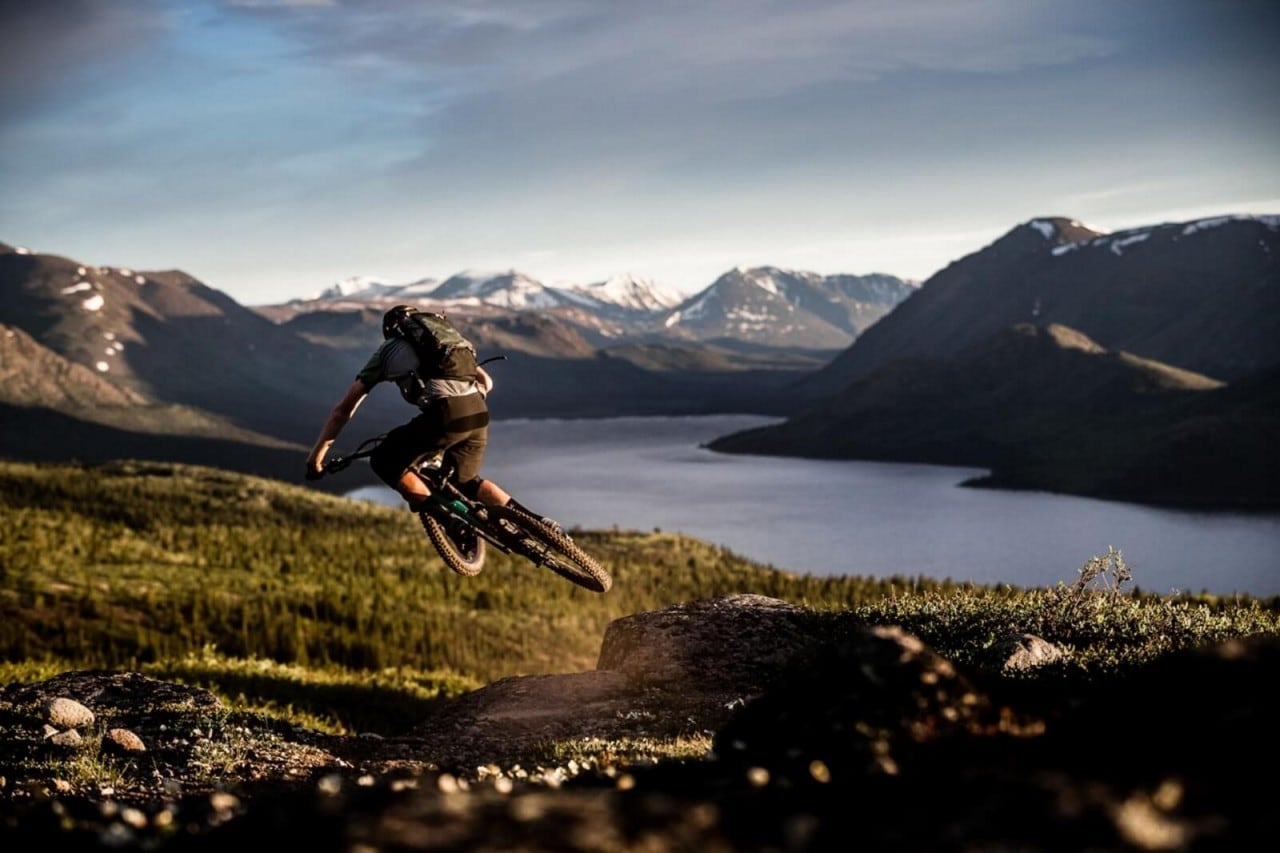 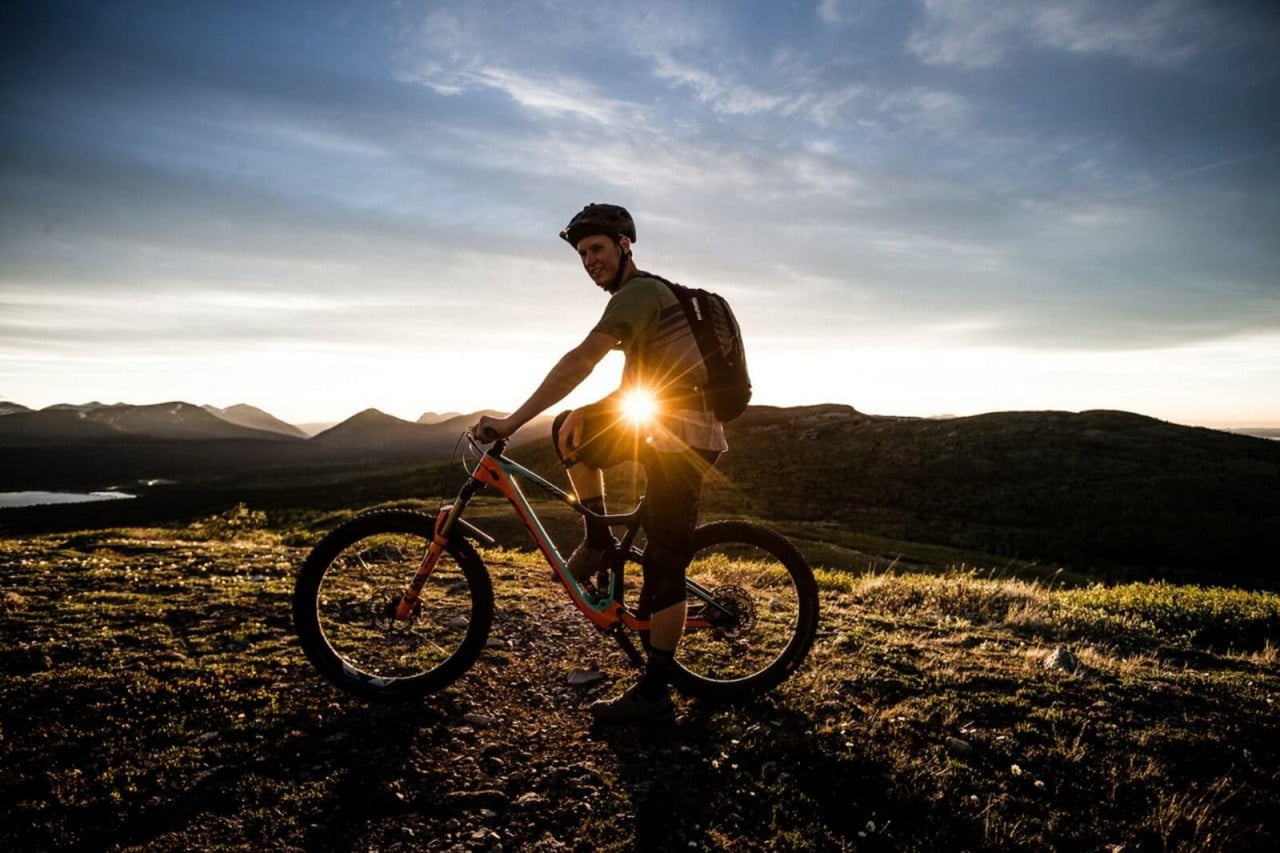 Our final day was spent back in Carcross riding Wolverine, it had been a action packed 3.5 days in the Yukon, a great first introduction to riding with the new XTR and my trip didn’t end here. The next stop was to do the same thing all over in British Columbia. See you there.... 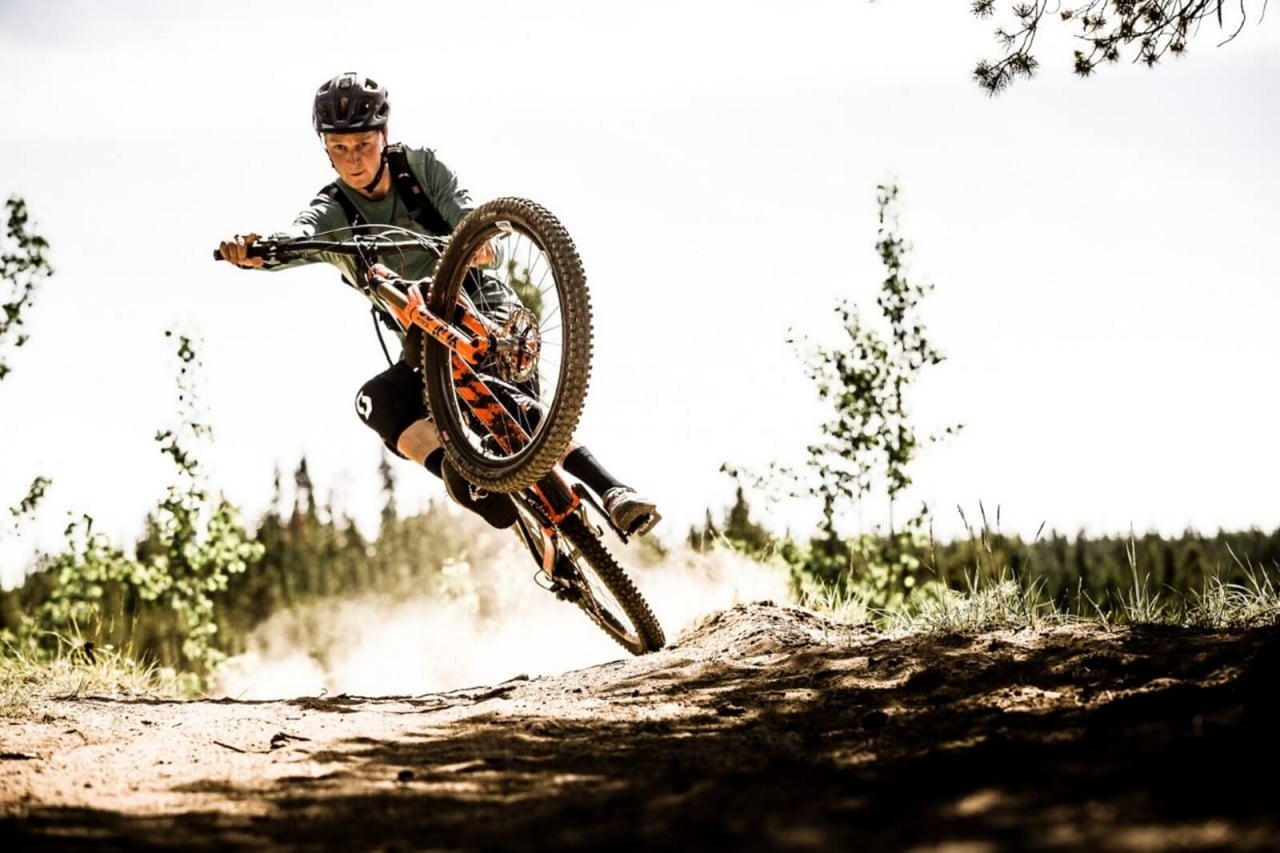