The SHADOW PLUS derailleur design utilizes a spring-loaded lower pulley cage that can be locked out with an on/off switch.

A quiet bike is a happy bike and Shimano's SHADOW PLUS technology delivers a smooth, reliable drivetrain so you can hear the dirt beneath your tires and enjoy the ride as you set out on your next adventure. SHADOW PLUS rear derailleurs feature an on/off switch used to adjust spring tension, which optimizes chain retention over bumpy terrain. This keeps the chain stable for smooth, seamless shifting so you can focus on the ride without noisy distractions from a clanking chain. 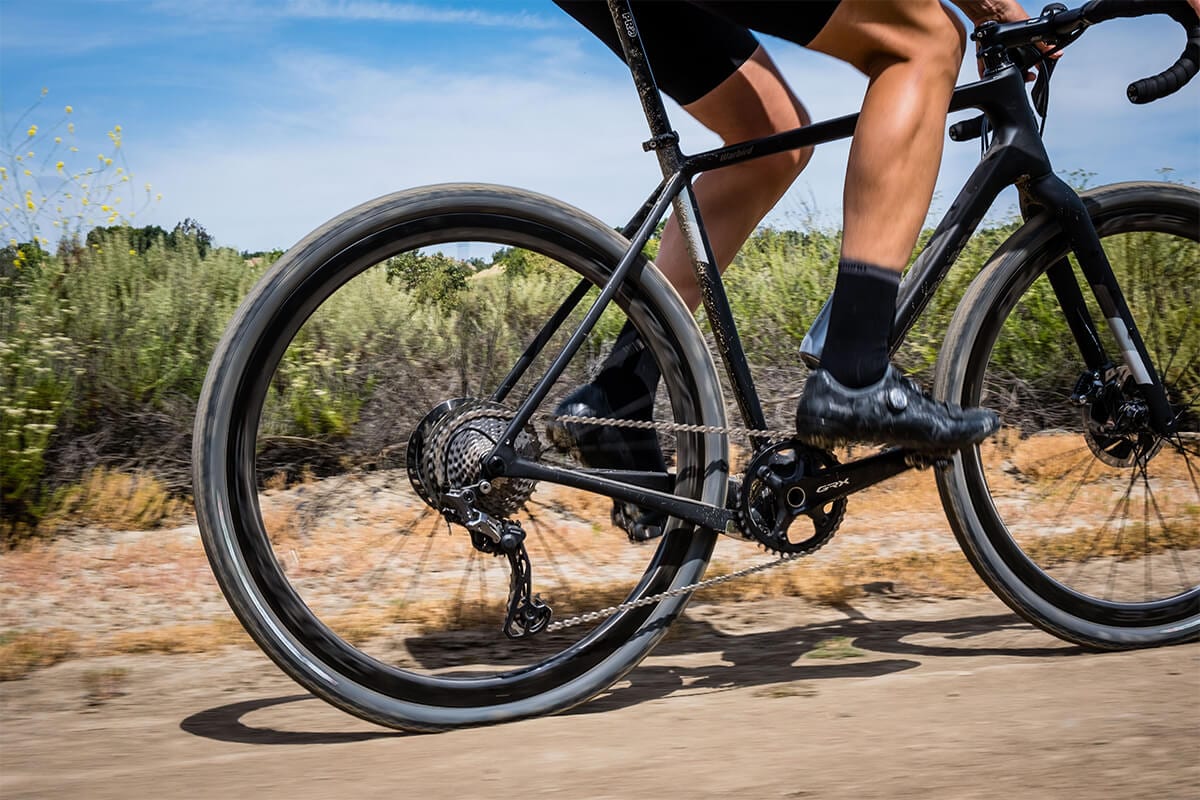 The early 2010s were a time of rapid advancement in mountain bike technology and rider speeds. With faster speeds came an uptick in chain slap and even the occasional chain derailment, which were due to the inconsistent release of chain tension when a bike was banging around on rough terrain. Besides being noisy — and annoying — the increased chain movement could interfere with proper shifting and even damage the frame. 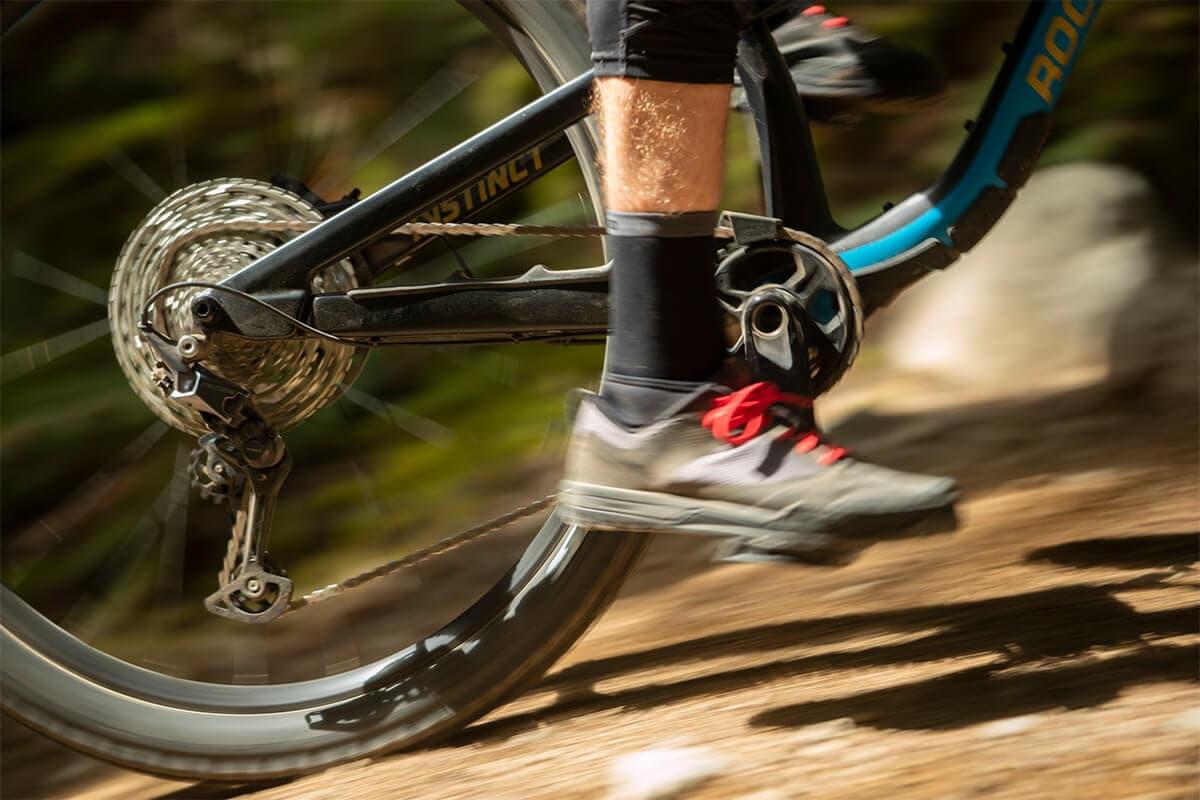 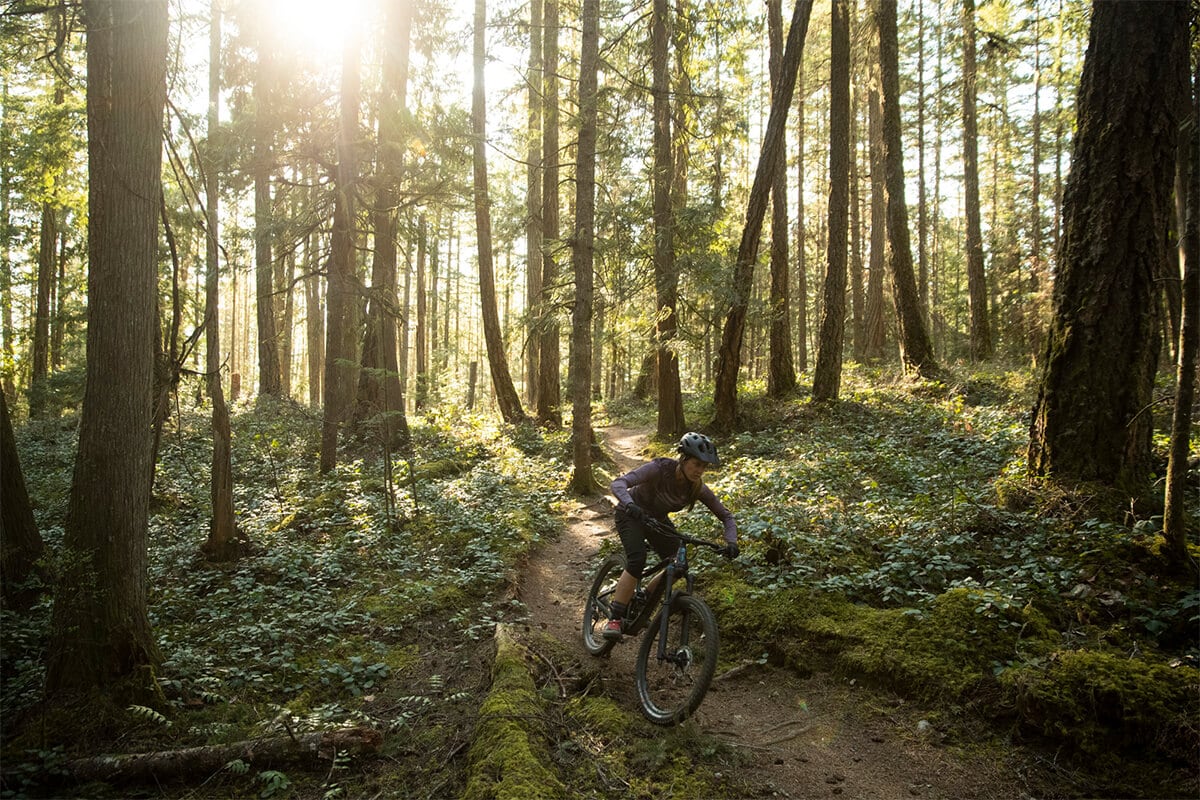 The SHADOW PLUS derailleur design utilizes a spring-loaded lower pulley cage that can be locked out with an on/off switch. When the SHADOW PLUS switch is in the off position, the mechanism moves freely, like a standard rear derailleur with a spring-loaded lower pulley cage. When in the off position, the rear derailleur offers more chain slack and is the best setting when removing or installing your rear wheel.

At the heart of the SHADOW PLUS system is a spring-loaded, one-way ratchet gear wrapped with a band-clamp. When the switch is toggled to the ON position, the band-clamp tightens, engaging the ratchet. This prevents the pulley cage from moving forward, which in turn stops the chain from bouncing around. In an instant, chains become more secure, shifting performance improves, and bikes get a lot quieter. 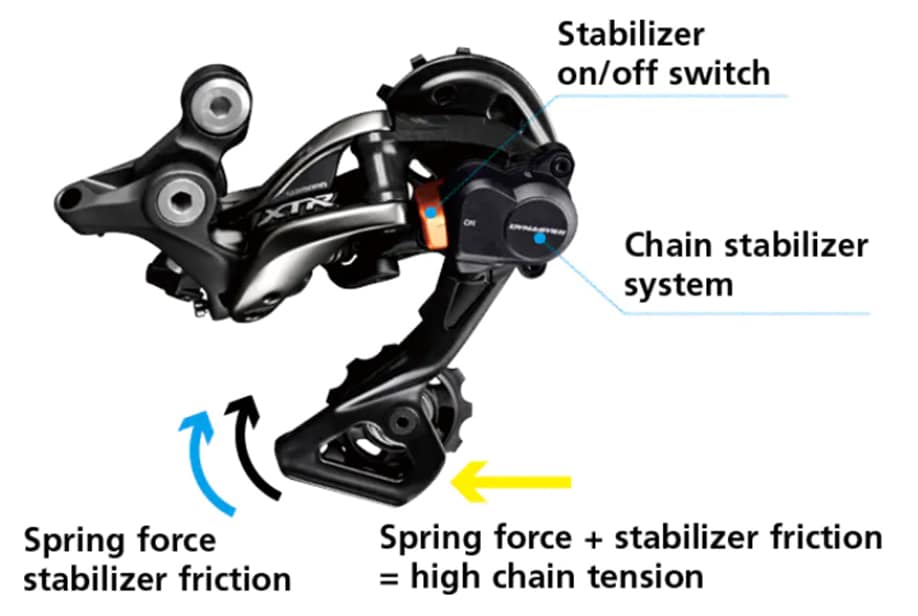 SHADOW PLUS for Single Chainring Systems 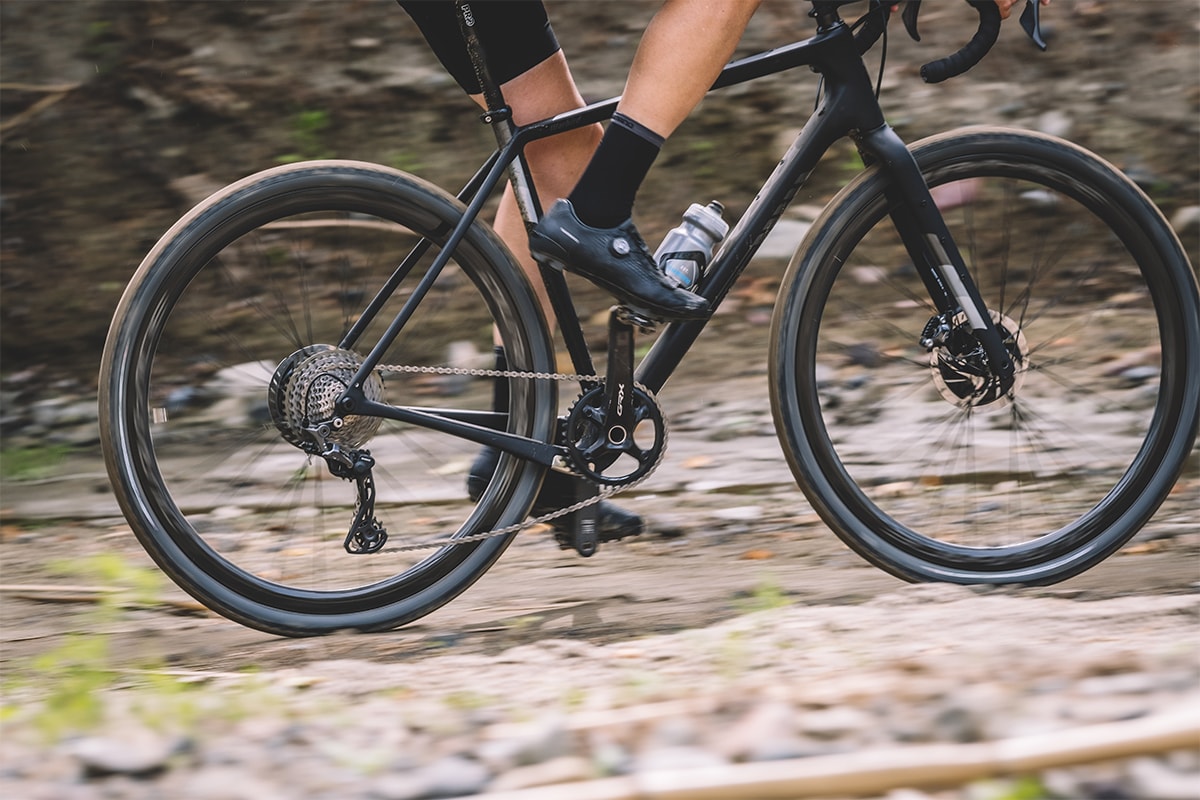 Today, SHADOW PLUS technology can be found in over 30 different Shimano rear derailleurs, including Ultegra RX Di2 and mechanical for road cycling, GRX Di2 and mechanical for gravel and cyclocross, and XTR, DEORE XT, SLX, DEORE, SAINT, and ZEE for mountain biking. And in each and every case, the end result is an improvement in the overall cycling experience.