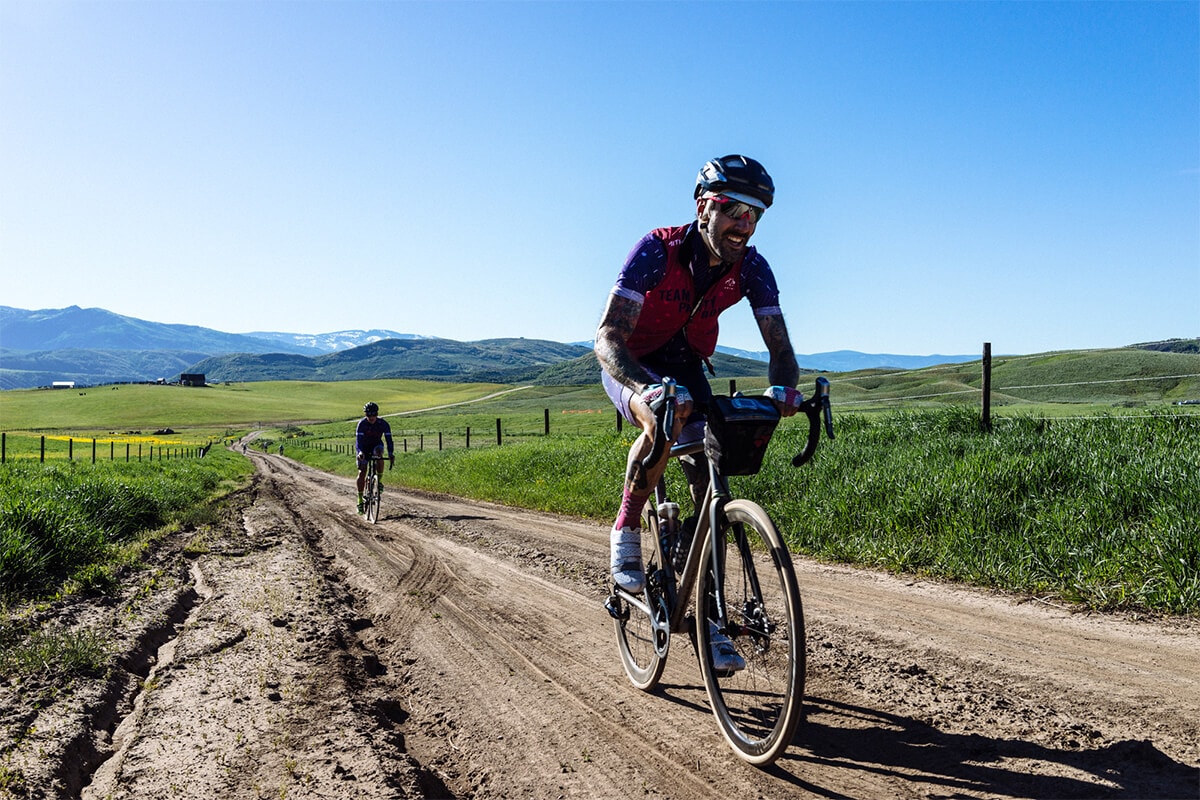 Despite its relative proximity to Boulder, I’ve only had the chance to ride a bike in Steamboat one time. Back in 2016, Rapha held one of their Prestige events on Steamboat’s beautiful and twisting gravel roads and I was on photographer duty. I followed the riders around in my truck, and the gorgeous scenery left me with a thick veneer of gravel FOMO on my teeth. The next day I was lucky enough to sneak in a short ride on some of the roads that the riders had traversed the day before and this helped stoke my desire to explore even more of Steamboat on two wheels. Despite falling in love with this new riding location several years ago, I didn’t make it back to Steamboat until this summer, when hundreds of riders from Colorado and across the U.S. flocked to the small mountain town for the inaugural SBT GRVL gravel race. 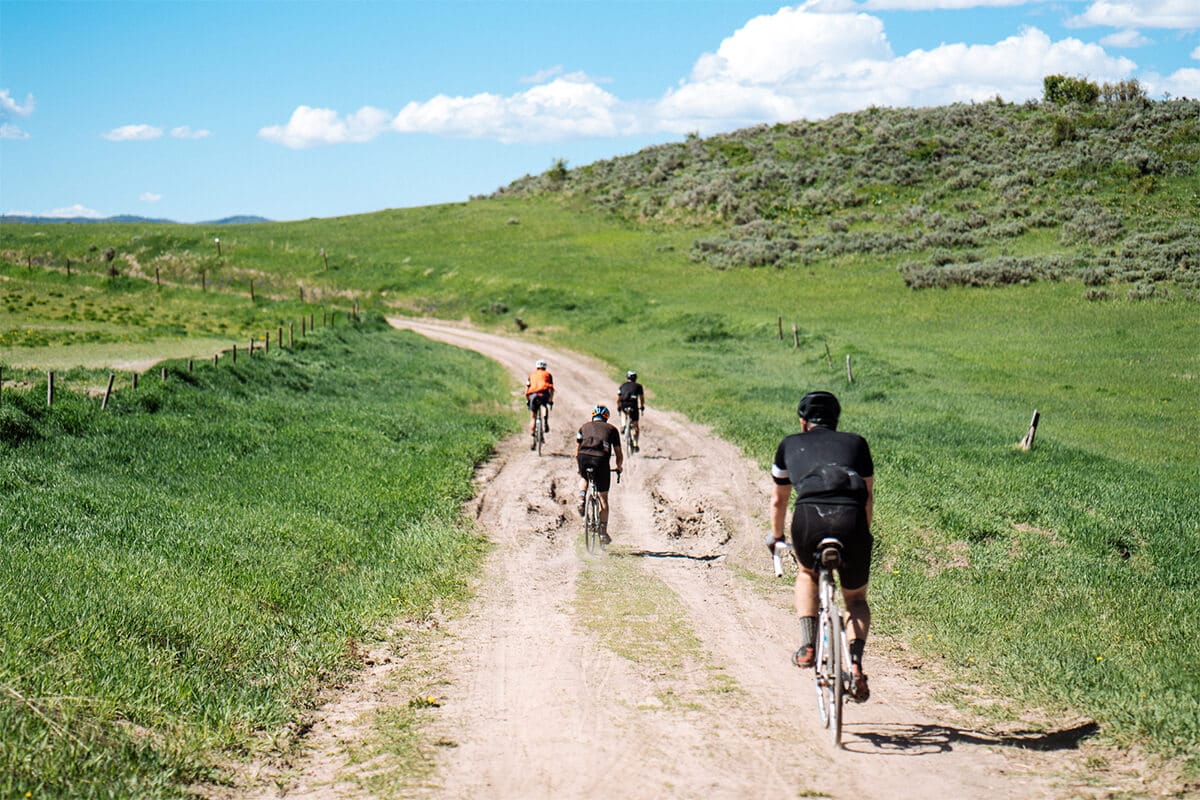 When I first learned about SBT GRVL, it started with an email from the founder of the event, Mark Satkiewicz. He told me he was cooking up the premier gravel event in the world and that he would be hosting it in those very emerald valleys I had fallen in love with a few years prior. Here I was again, being faced with the dilemma I often run into. Do I ride my bike in this awesome event or do I follow around in my truck, with cameras hanging from my neck, all while wishing I was riding? Normally it’s a no-brainer and I always opt for photographing the event. I love my job, after all, and riding bikes doesn’t pay the bills. But this time, I was thankful I could choose to ride and take part in the event. Would I finally be able to quench my thirst for that Steamboat magic?

Sort of, but more on that later.

Most of the gravel races of this scale mean trying to win a lottery to gain entry, or waiting with your browser open, ready to pounce on a coveted registration spot. Then if you're lucky enough to get in, it's time to book air travel and hotels. And it turned out, SBT would be no different! In its first year, the team did such an incredible job of building excitement for the event, it sold out almost immediately. 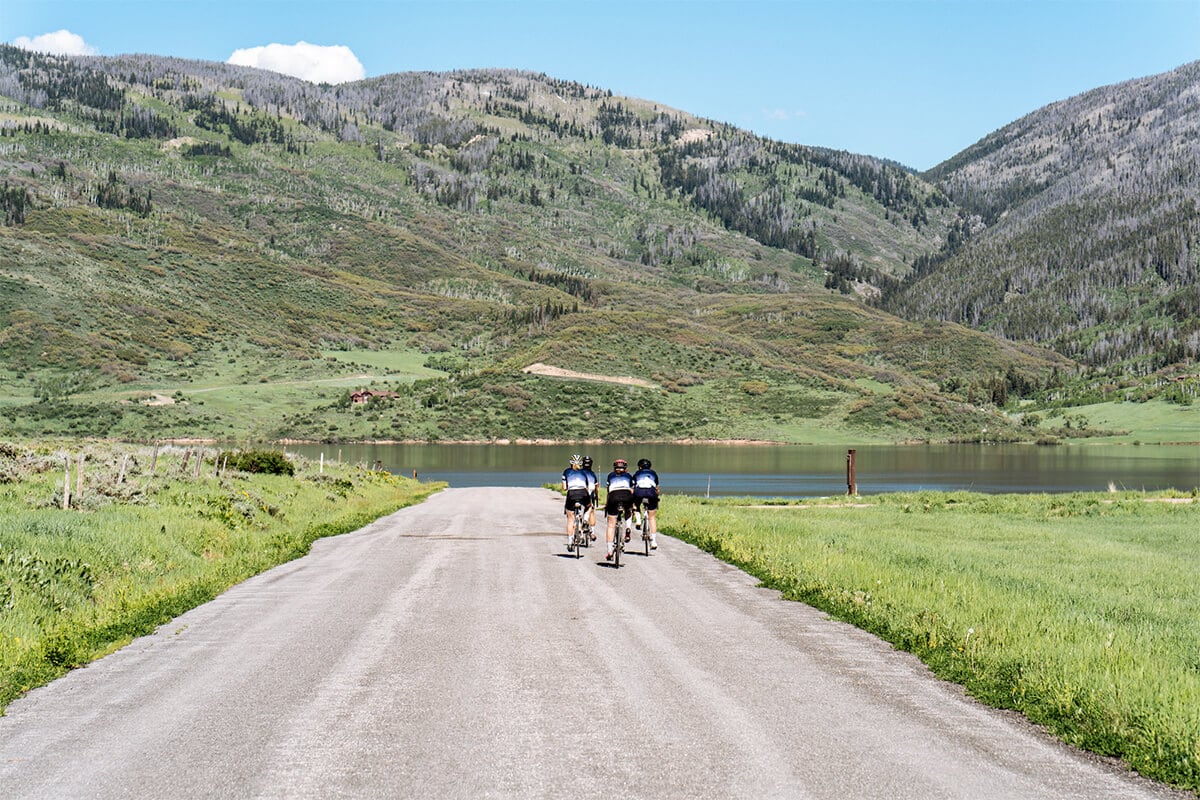 My friend and main BDBR (big dumb bike ride) partner, Matt Porter, and I both signed up for the 140.8-mile Black Course and on Saturday before the race, we packed the car with our bikes and my bulldog and hit the road. The iPhone Maps app told us it'd take just shy of 4 hours to make the drive. I-70 was absolutely loaded with cars, as anyone who has experienced that interstate knows well. About half-way through the drive, Matt wondered aloud if I had remembered to pack my front thru-axle?

The world came to a slow-motion grind as I pulled into the rest area so he could check. It turned out that I had forgotten to put my thru-axle back into my fork after removing the front wheel when I loaded it into my car. Many texts to generous friends later, (shout out to Jon Cariveau at Moots for giving me some options to try), Zeb King from Specialized Boulder offered up the thru axle from his Diverge. He had ridden his bike from Boulder to Steamboat to cheer for SBT GRVL but wouldn’t be riding on race day. Whew! 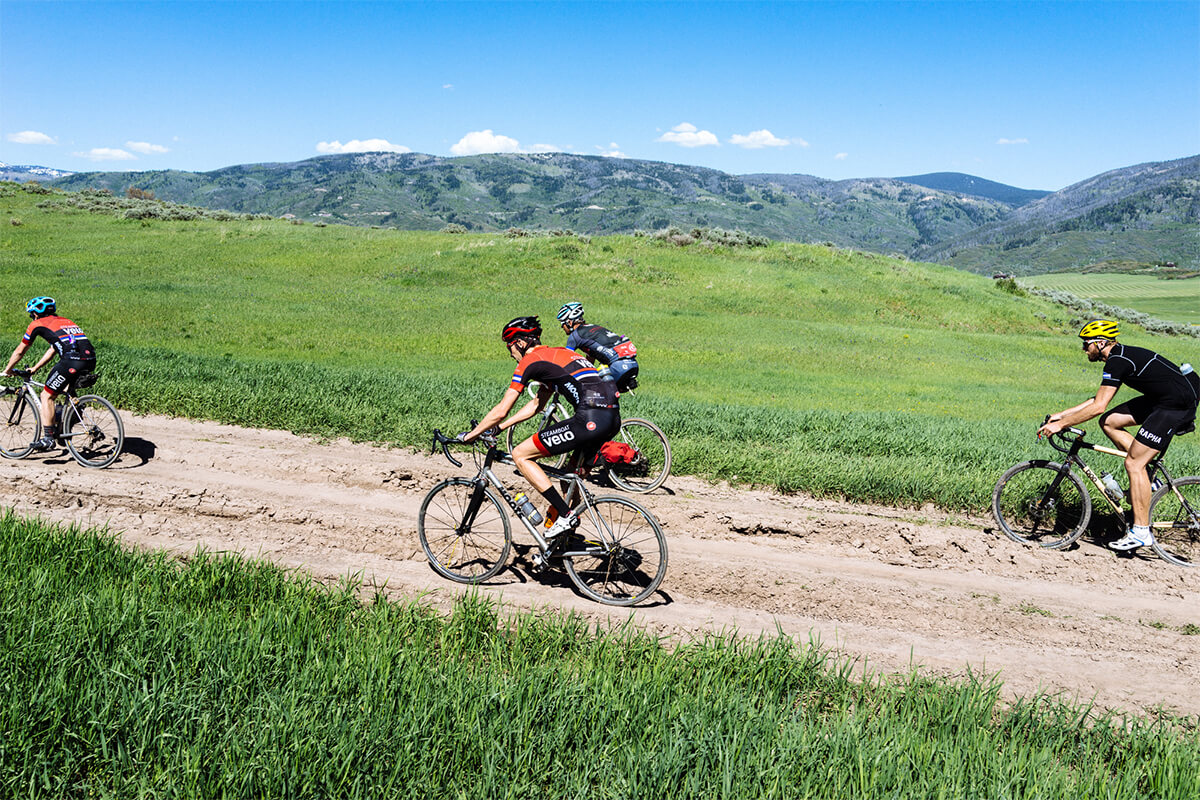 Finally arriving in Steamboat and with my bike woes behind me, we popped down to the start village to check out the race venue and pick up our registration packets. I was immediately blown away by the level of professionalism with this event. If I didn't know this was their first rodeo, I would have sworn they were grizzled veterans. Everything was absolutely dialed and the rows of sponsor tents were curated and filled with smiling faces and generous samples. We had some rain in the evening, which would mean even better road conditions in the morning. Bedtime came early as we finished our evening preparations and before we knew it, it was time to ride.

Race morning was COLD; we're in the Rocky Mountains after all. 40-degree start temps would eventually give way to highs in the mid 80's but we definitely felt smart for starting in jackets. On the menu was a little over 140 miles and just under 10,000 feet of climbing. We rolled out toward the rear of the Black Course group, with no intentions to contest victory. This was a day to be savored. 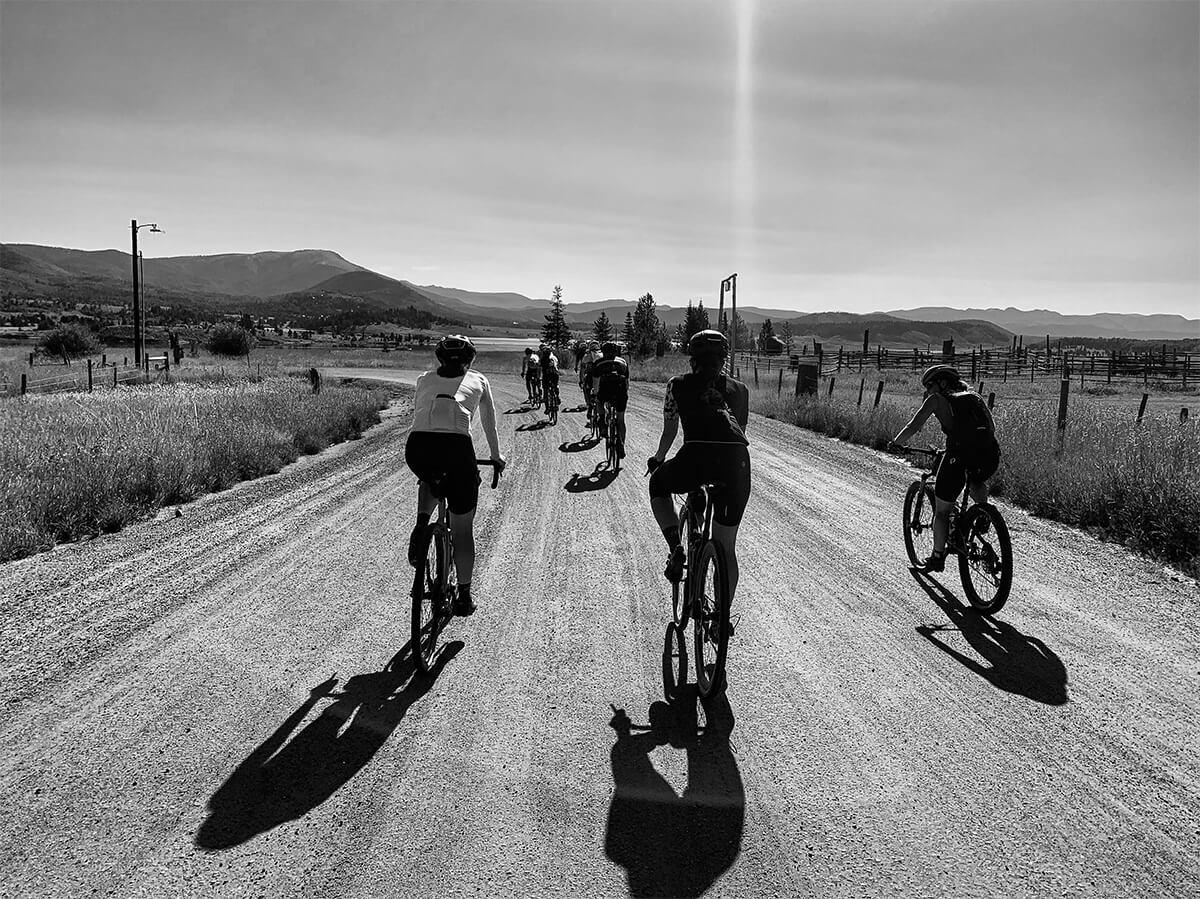 The course took some familiar roads but in a different direction than I remembered them. We winded our way over every kind of dirt and gravel road that Steamboat and the surrounding towns could offer. Some sections were as smooth as freshly paved tarmac; others looked like they were freshly carpet-bombed. All of them were perfect. I can't tell if it was just my love for Steamboat that had me wearing rose-colored glasses, or if it actually was that vividly green. Either way, it’s hard to imagine anyone was disappointed. 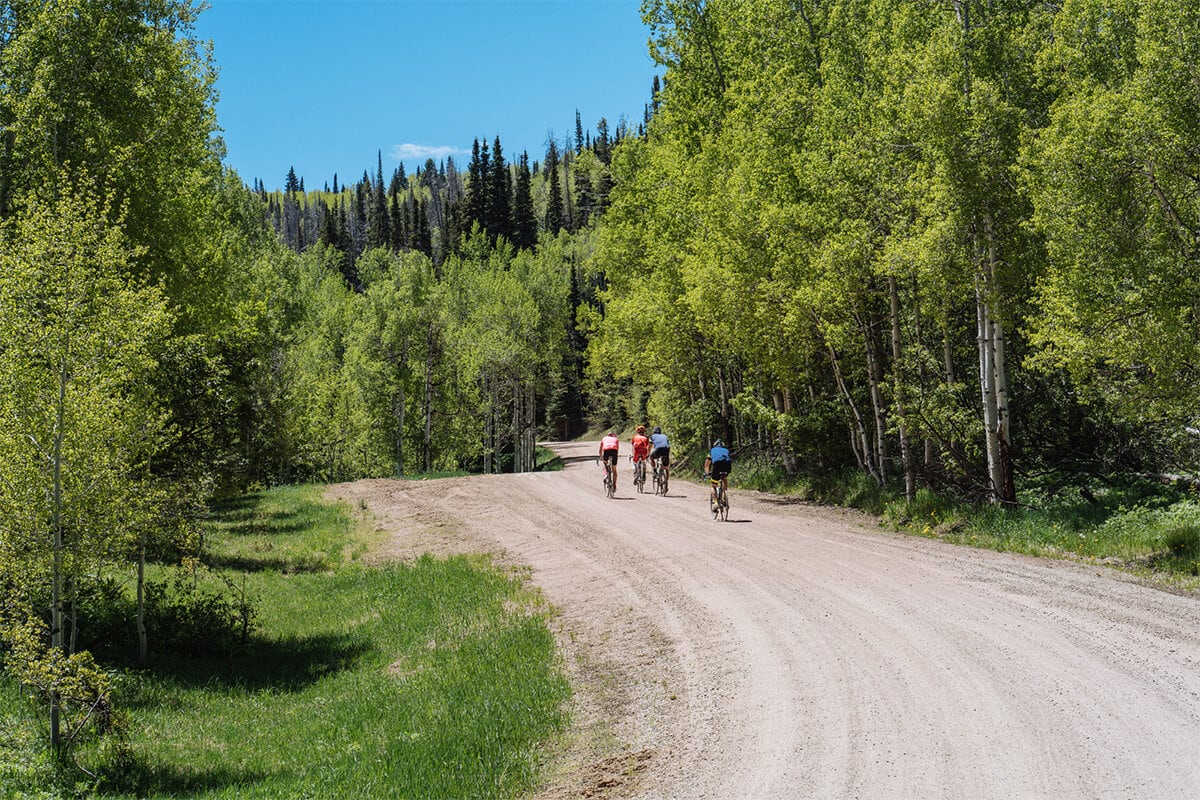 We stopped at each of the well-stocked rest stops to refuel. The traffic from other racers was perfectly managed and we had ample access to food and drink. Somewhere after the second rest stop, my knee started so show the signs of someone who had only ridden three to four times in the last month. We weaved our way over some steep gravel climbs and blasted down smooth paved descents and then the moment of truth came at mile 80-ish. I was going to have to make the call to turn right and try to finish all 140 miles or turn left and cut it to 100. I would love to tell you all that I turned right… but left was the right call. We finished the last big climb and rode the rest of the way back into town with giant smiles on our faces. We were greeted at the finish line with cheers and ice water towels. If you have a giant gravel event and it’s even remotely hot outside, you should absolutely have ice water towels handy at the finish. It should be mandatory. 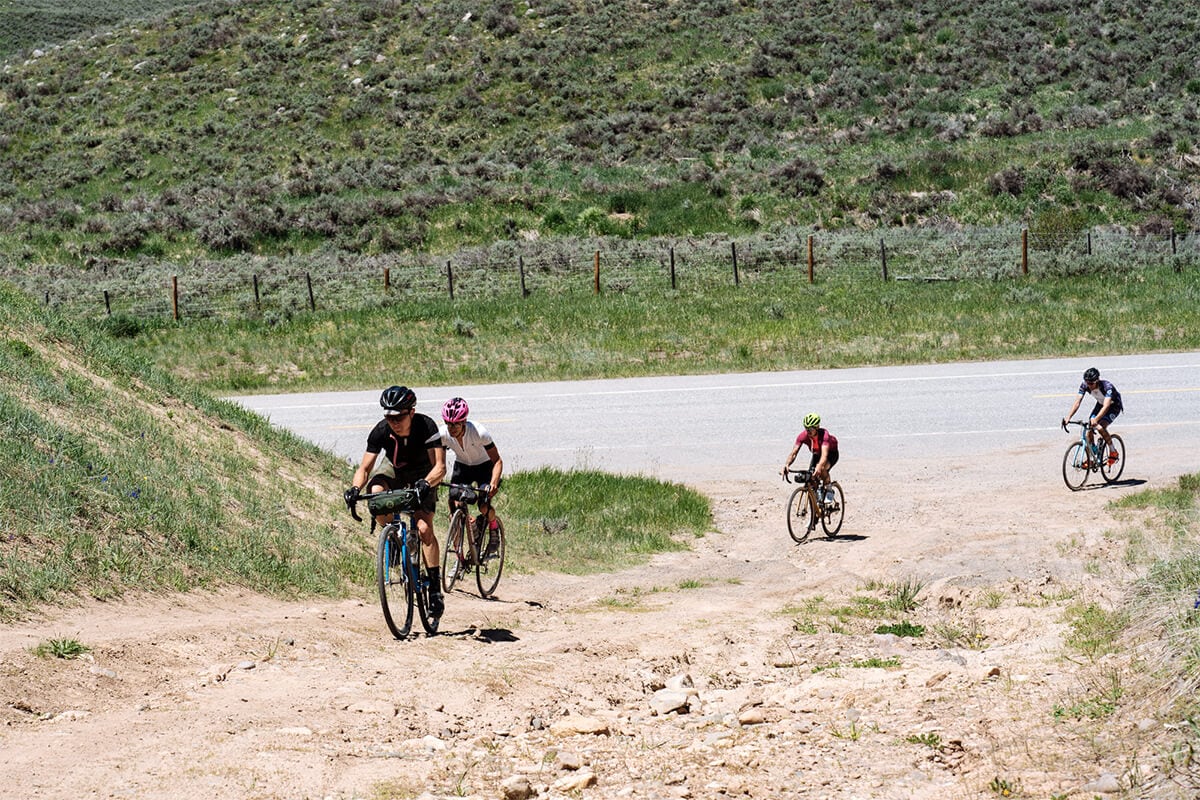 Matt and I broke down the bikes and grabbed burritos for the drive home, the gears in our heads already thinking about next year. We need to come back to Steamboat and finish this thing. As we drove over Rabbit Ears Pass, I thought back to my first conversation with Mark about his new event and the confidence he had in his voice. This was going to be the biggest gravel event in the world. He was sure of it. After seeing what his amazing team put together in their first attempt, SBT GRVL is certainly one of the best races of the year and I think it’s pretty damn cool that it’s in Colorado. 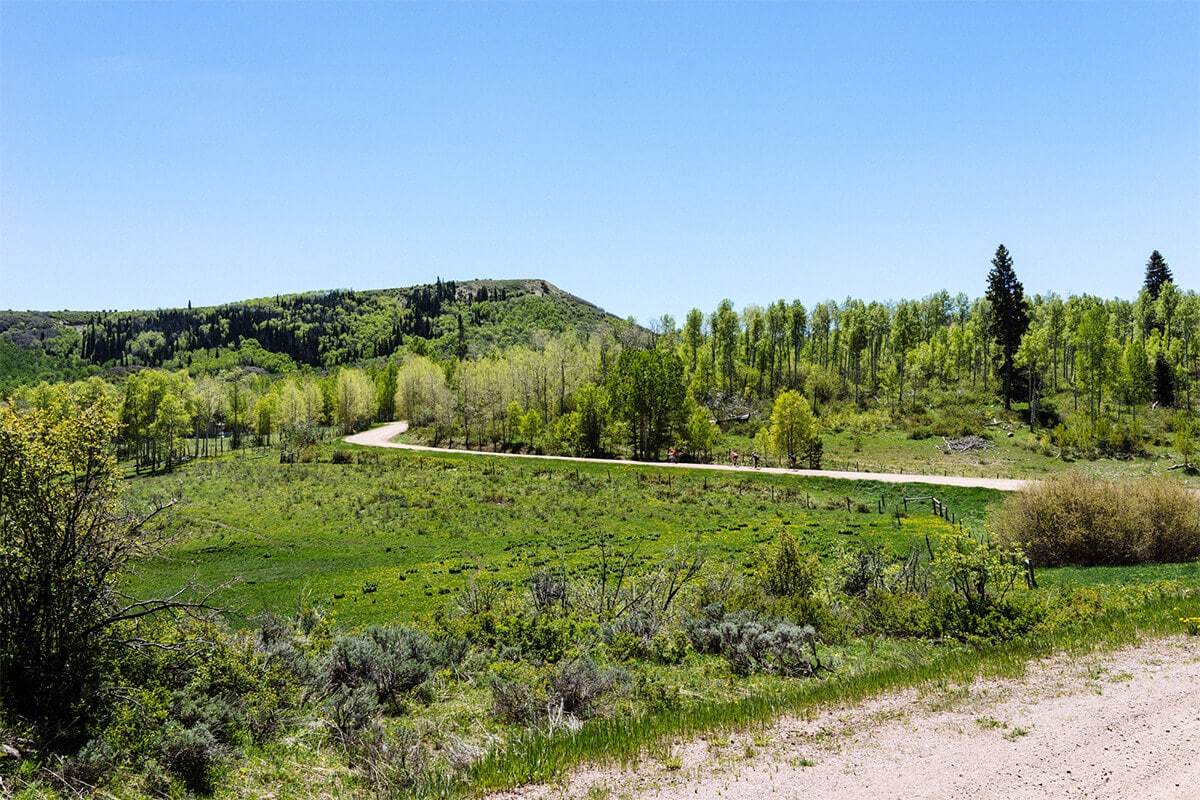