Surviving the Tour - Photo Gallery of the First #TdF2018 Week

A Game of Nerves. The first week of the Tour de France is always a nervy affair, and this year has been no different. From the Grand Depart in Noirmoutier-En-L'Ïle to Sunday’s spectacular stage to Roubaix, the terrain has been mostly flat, but that doesn’t mean easy. 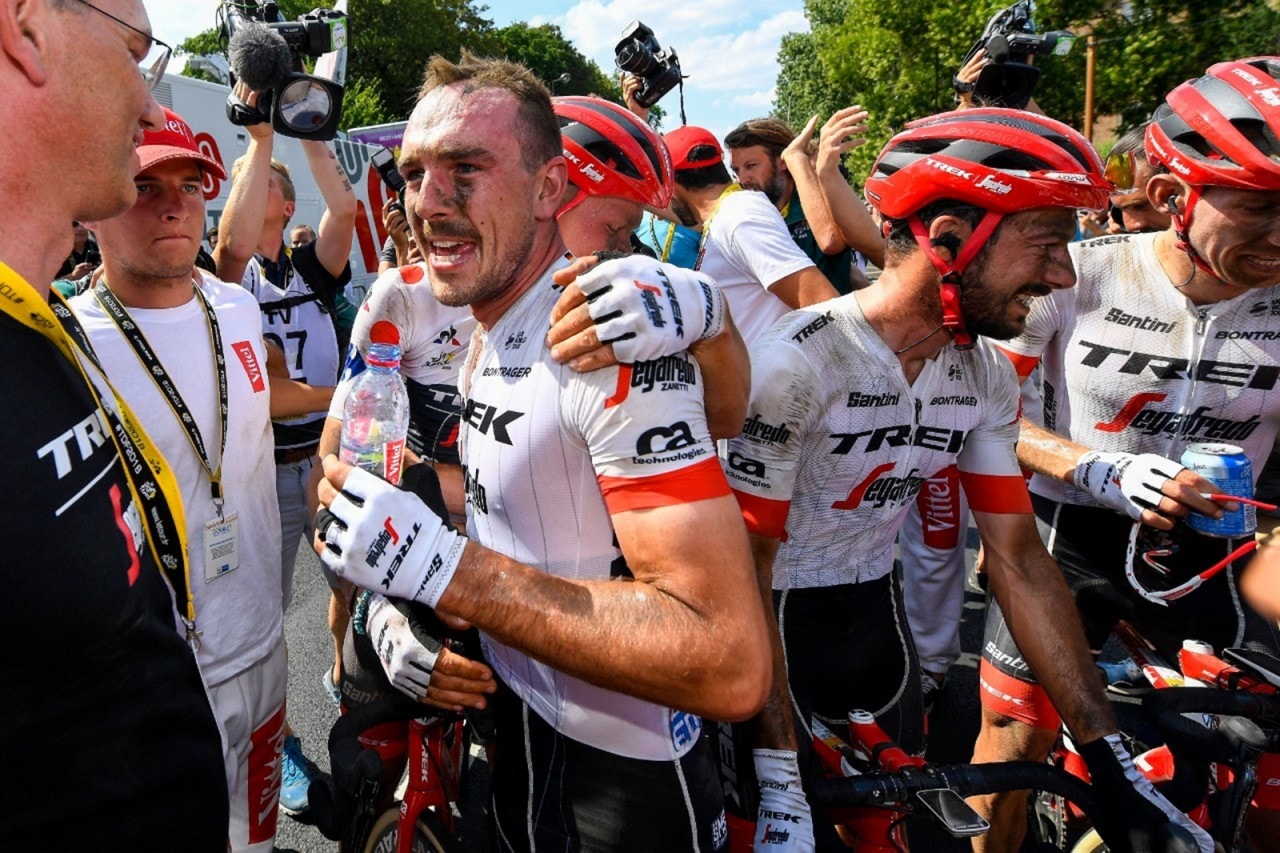 After a long dark period John Degenkolb finally returns to form to claim an historic win. 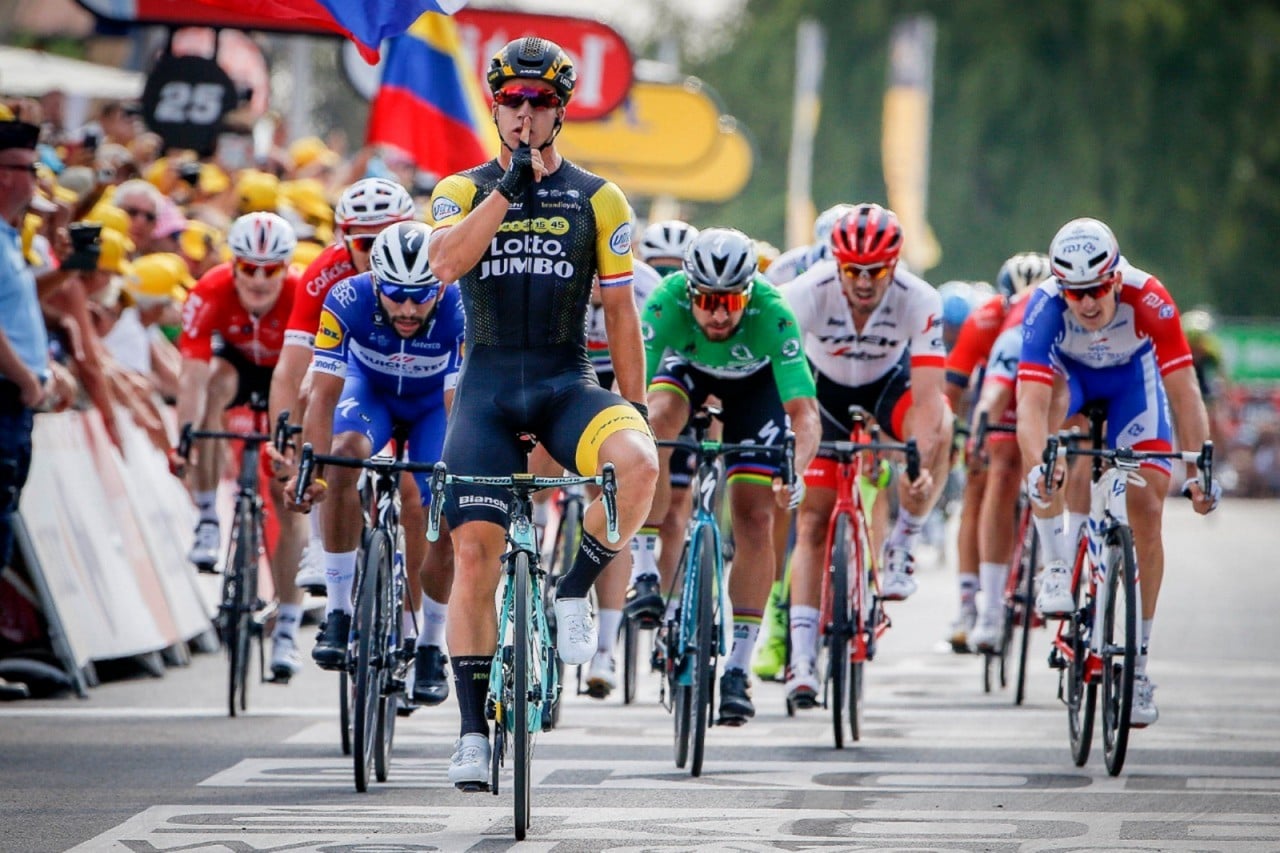 Dylan Groenewegen shuts up the critics by winning in spectacular fashion after six days of rough form. 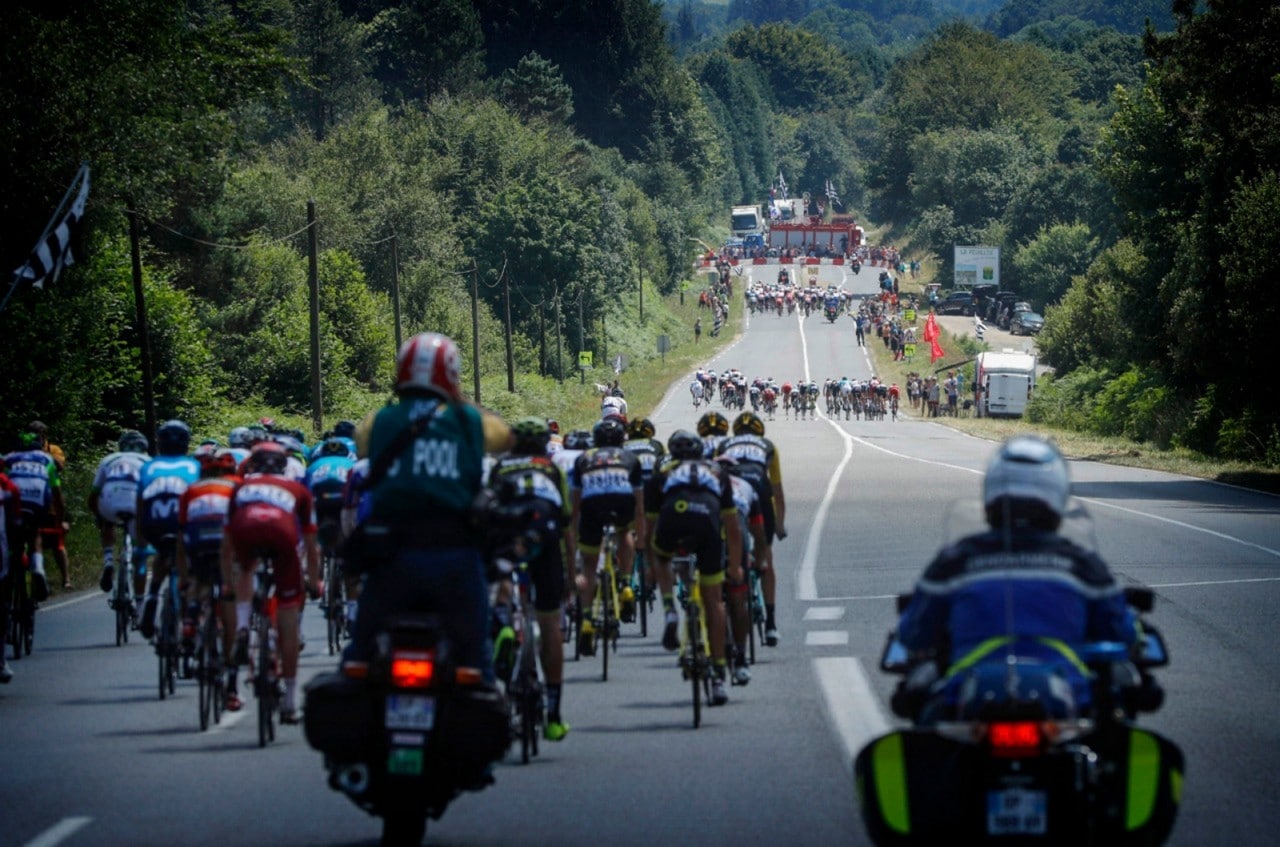 Fierce Breton winds split the peloton up in echelons during Stage 6. 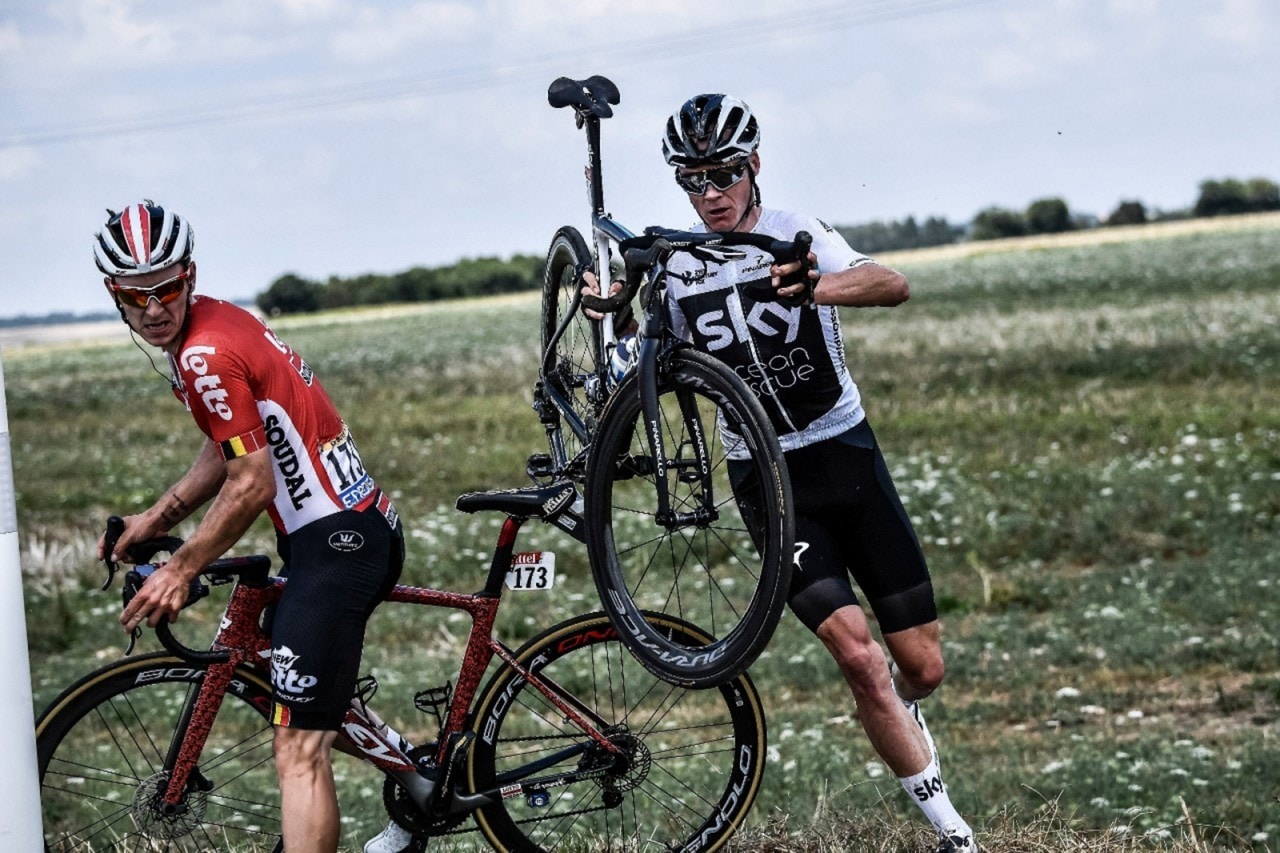 Froome retuns to the road after taking a tumble in Stage 1. 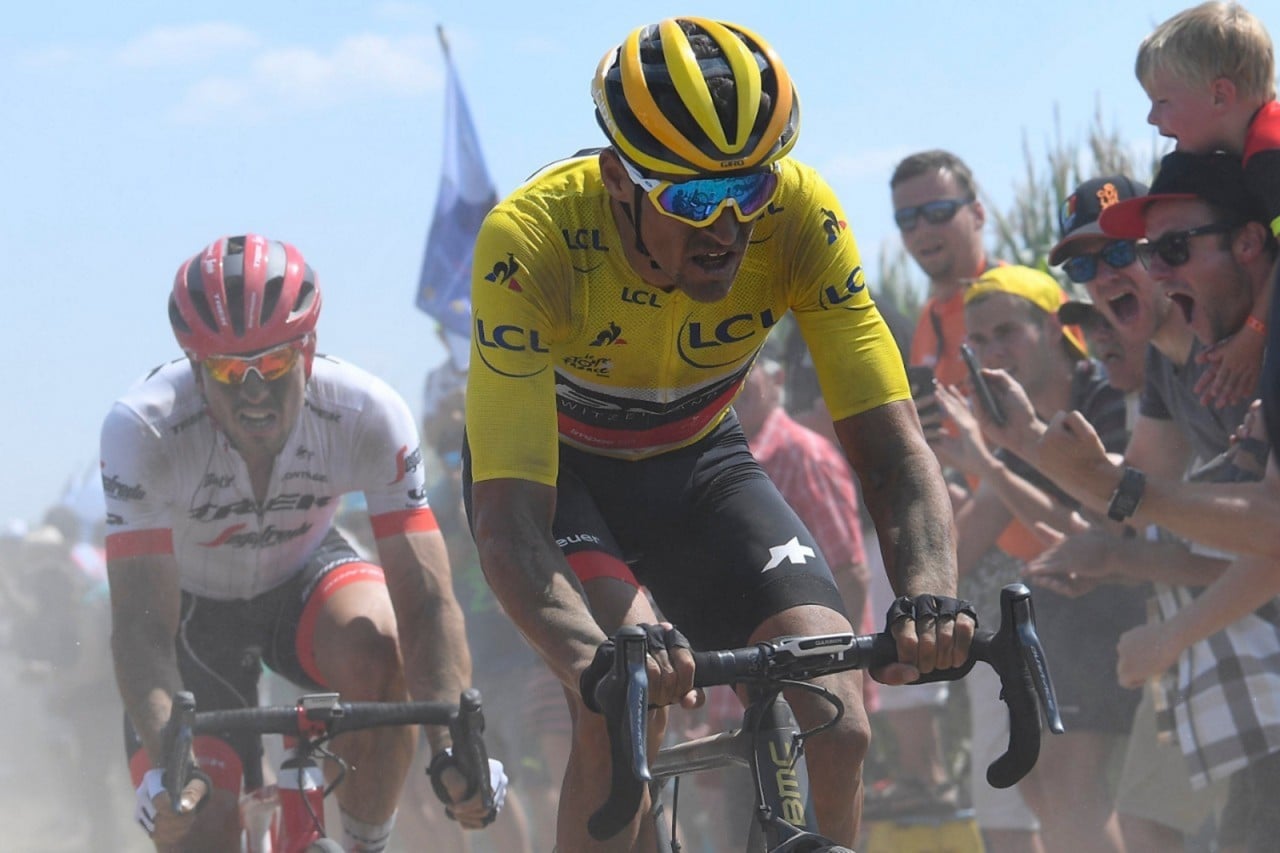 Greg rode a strong race towards Roubaix and holds firm to his leader's jersey for the moment. 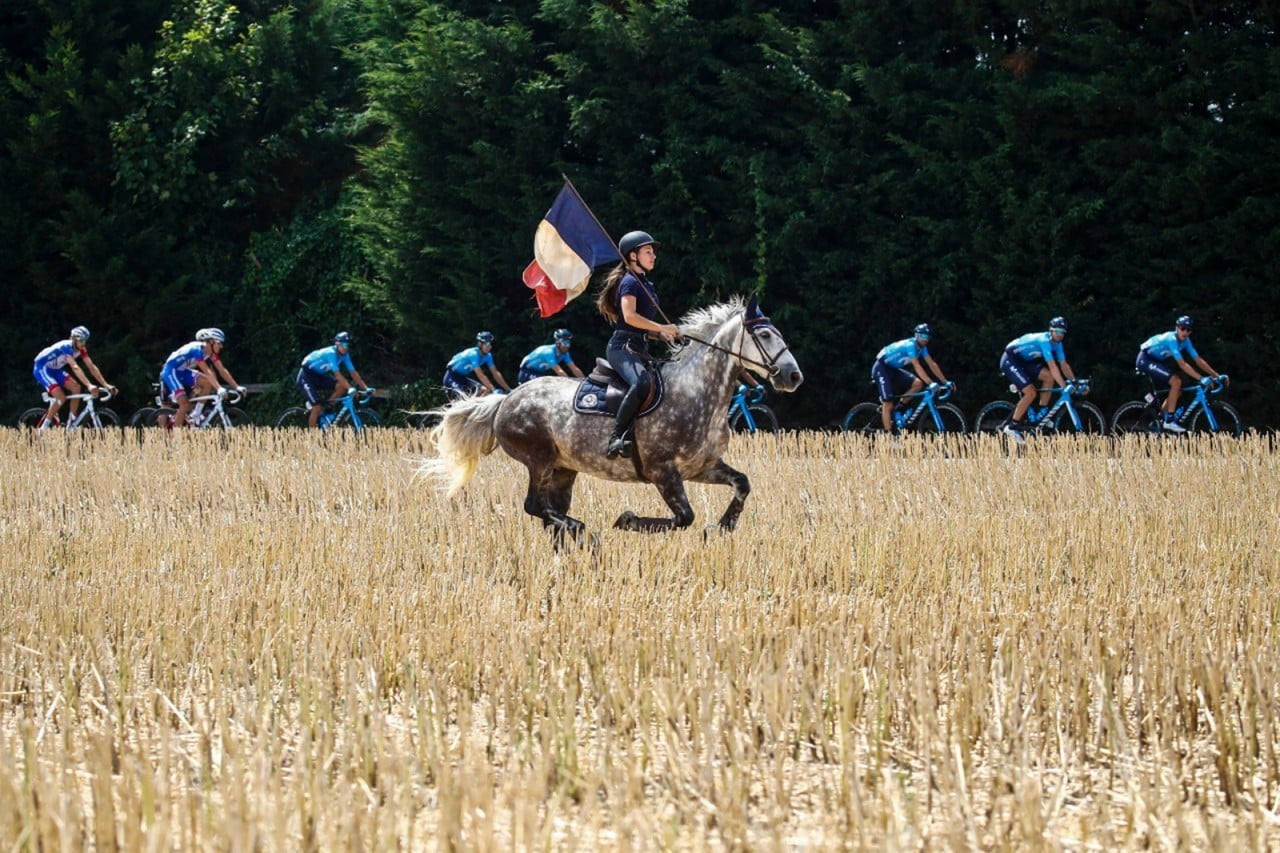 Keeping up with the peloton in French pastoral style. Lawson Craddock has proven to be a true survivor and a hard man. 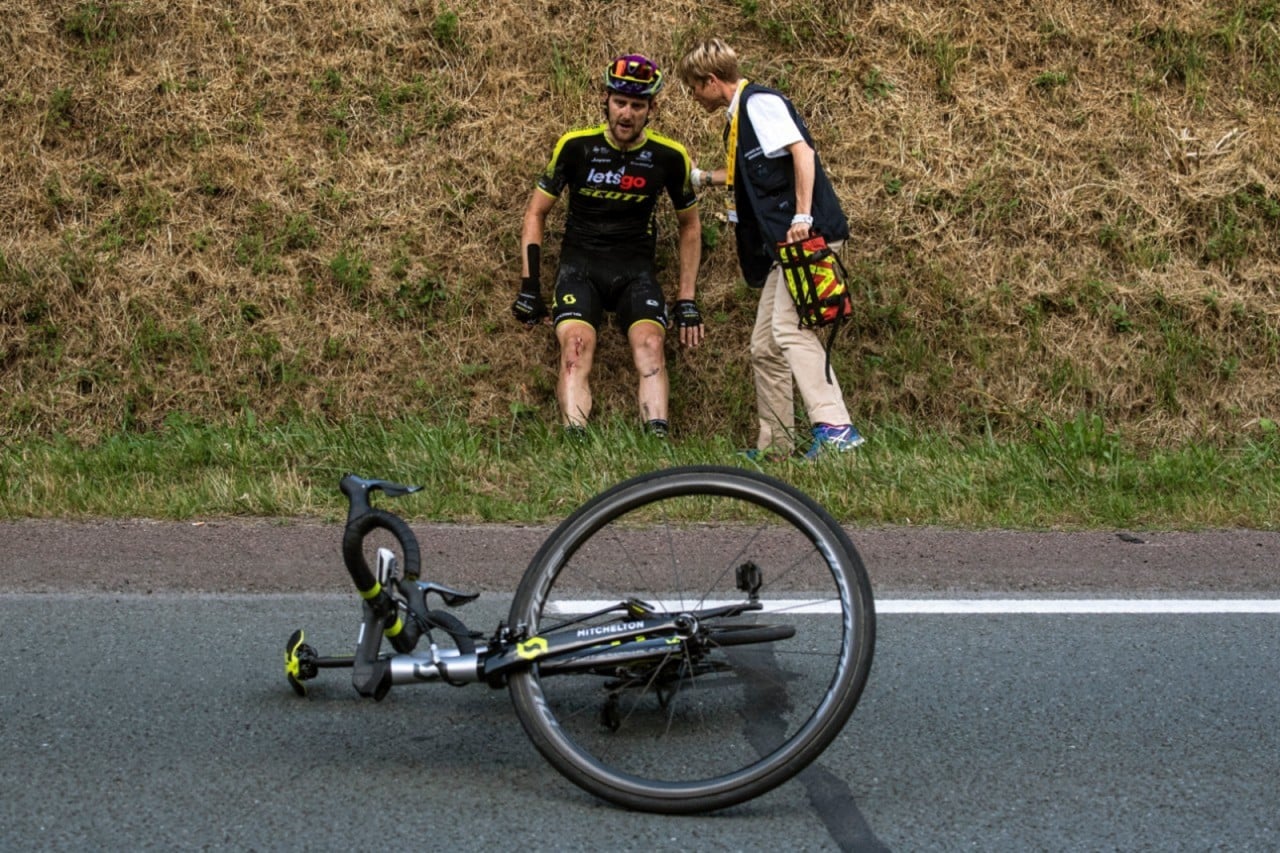 Luke Durbridge needs to catch his breath after hitting the deck. 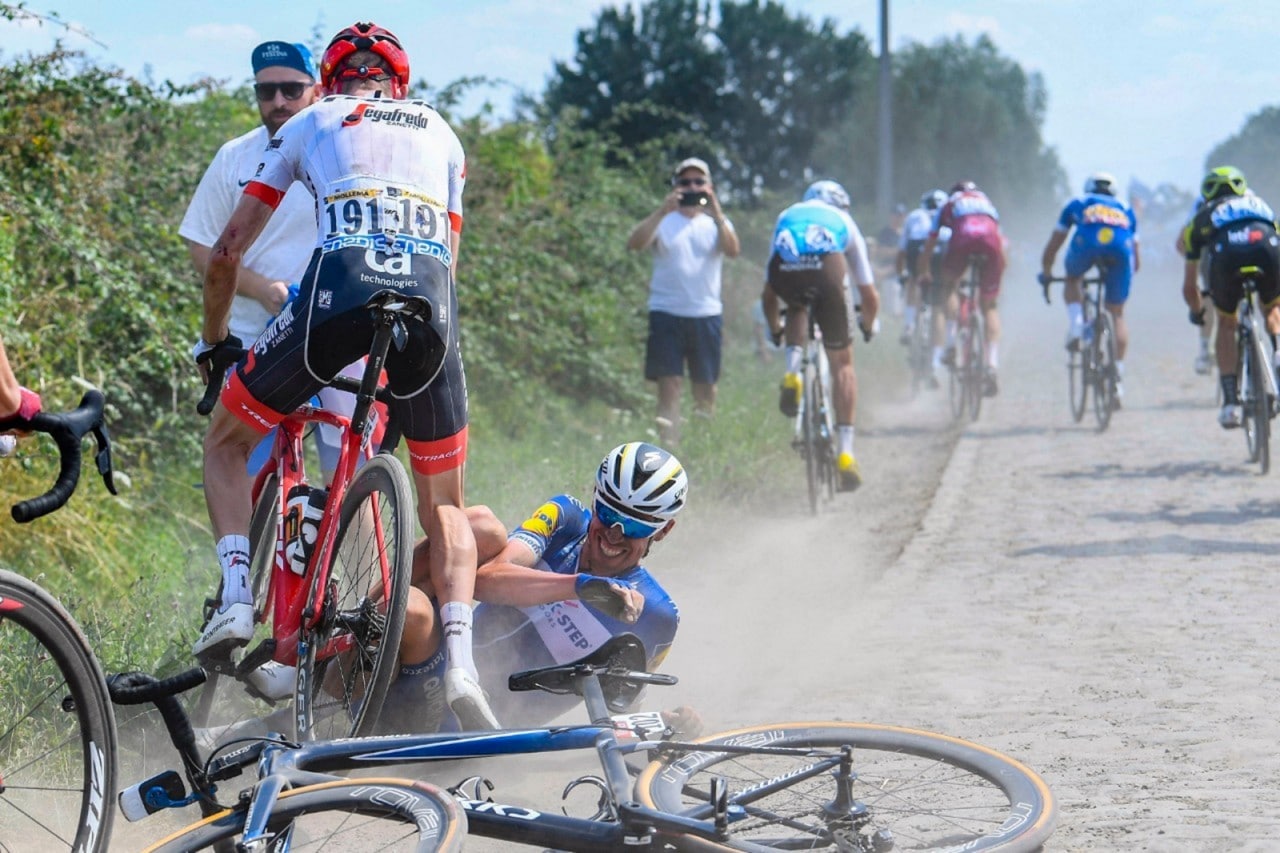 Mollema and de Clerq biting the dust in the hectic Roubaix stage. 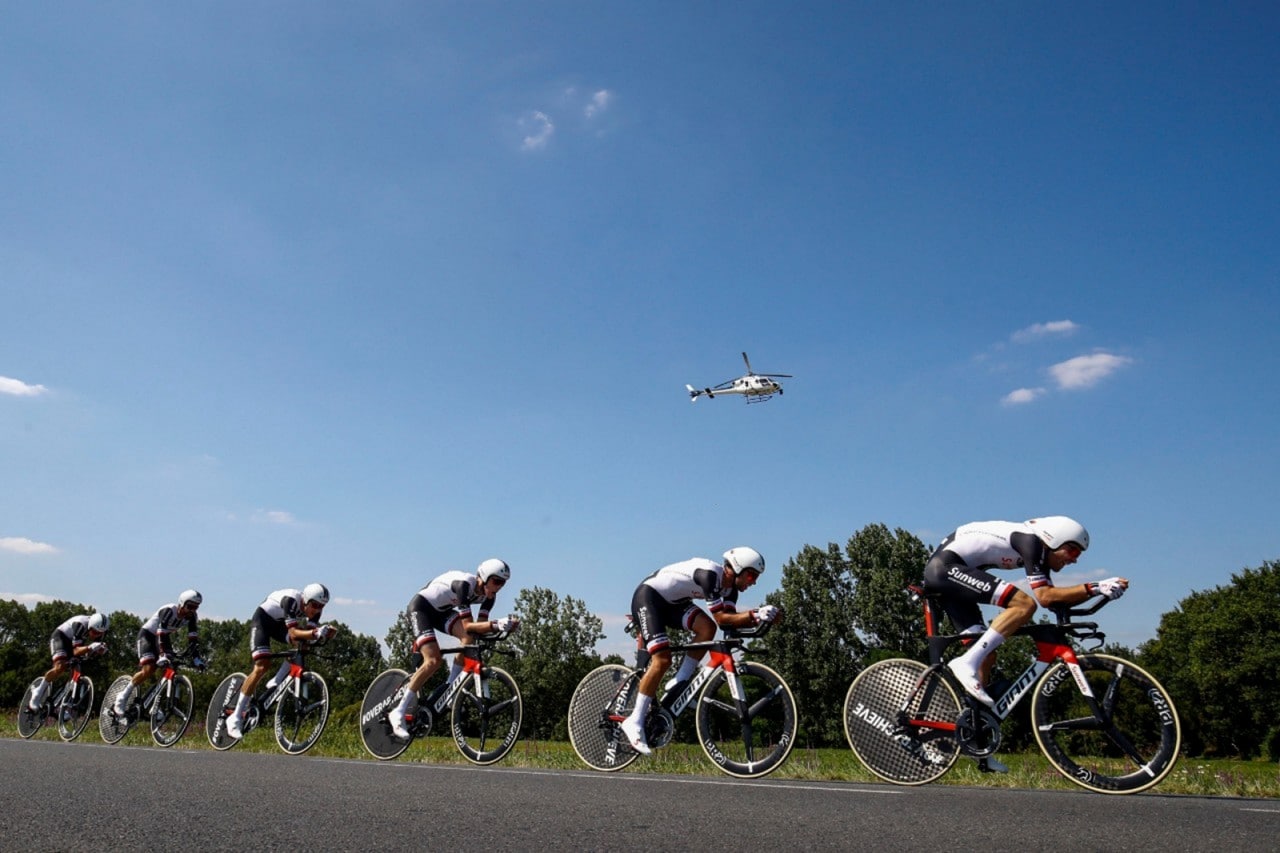 Nothing says survival like the brutal challenge of a team time trial. 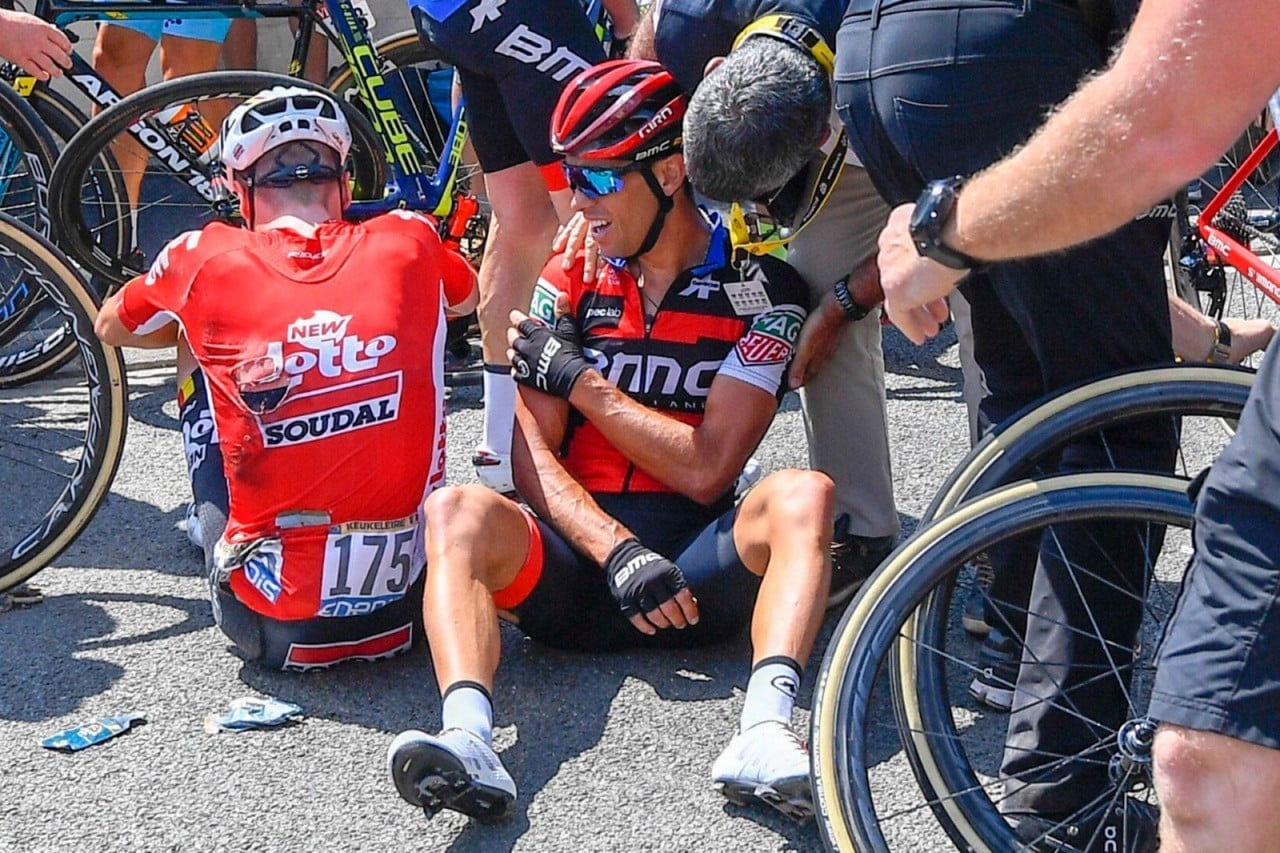 Riche Porte and Jens Keukelaire having a rough day- with the Dauphine winner sadly having to abandon. 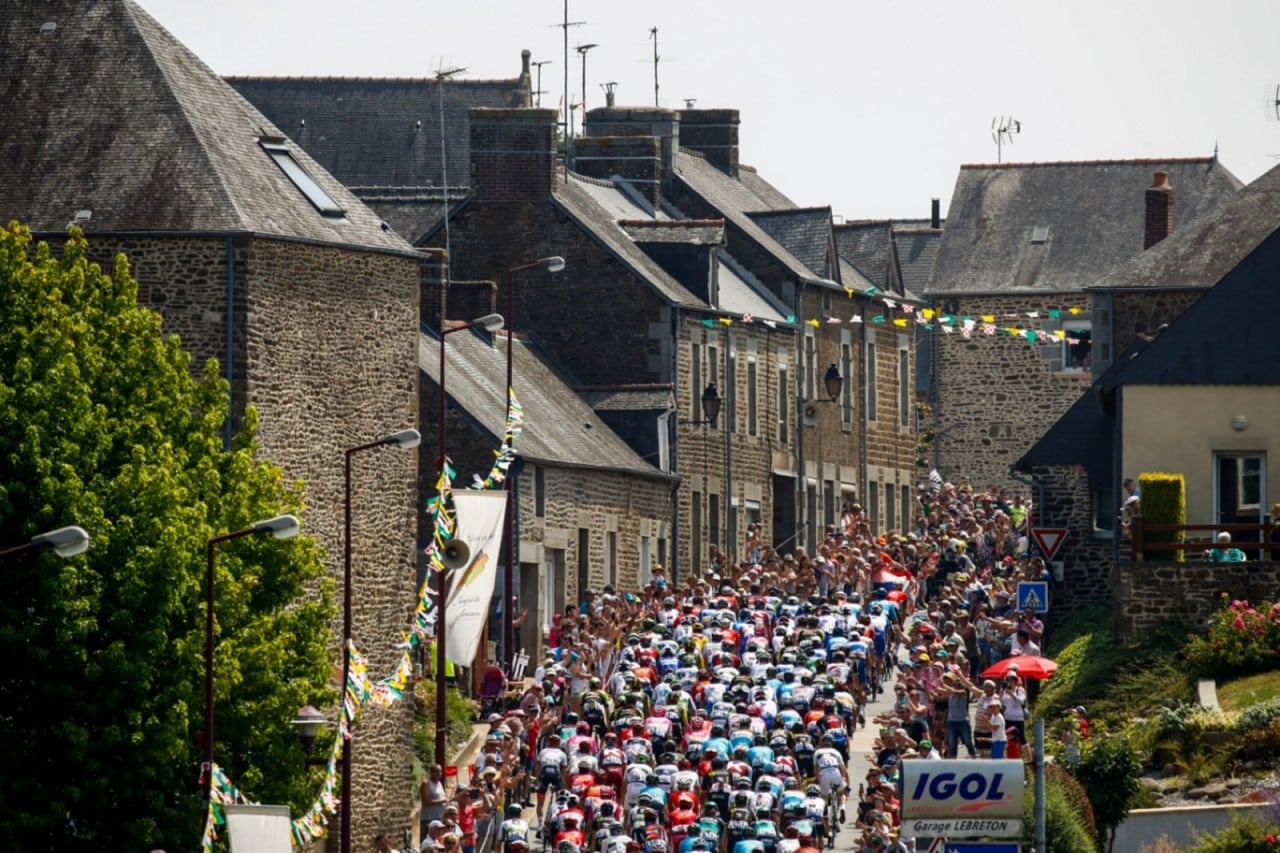 The chaotic fight for a good position on the front brings a risk of crashes on narrow village roads. 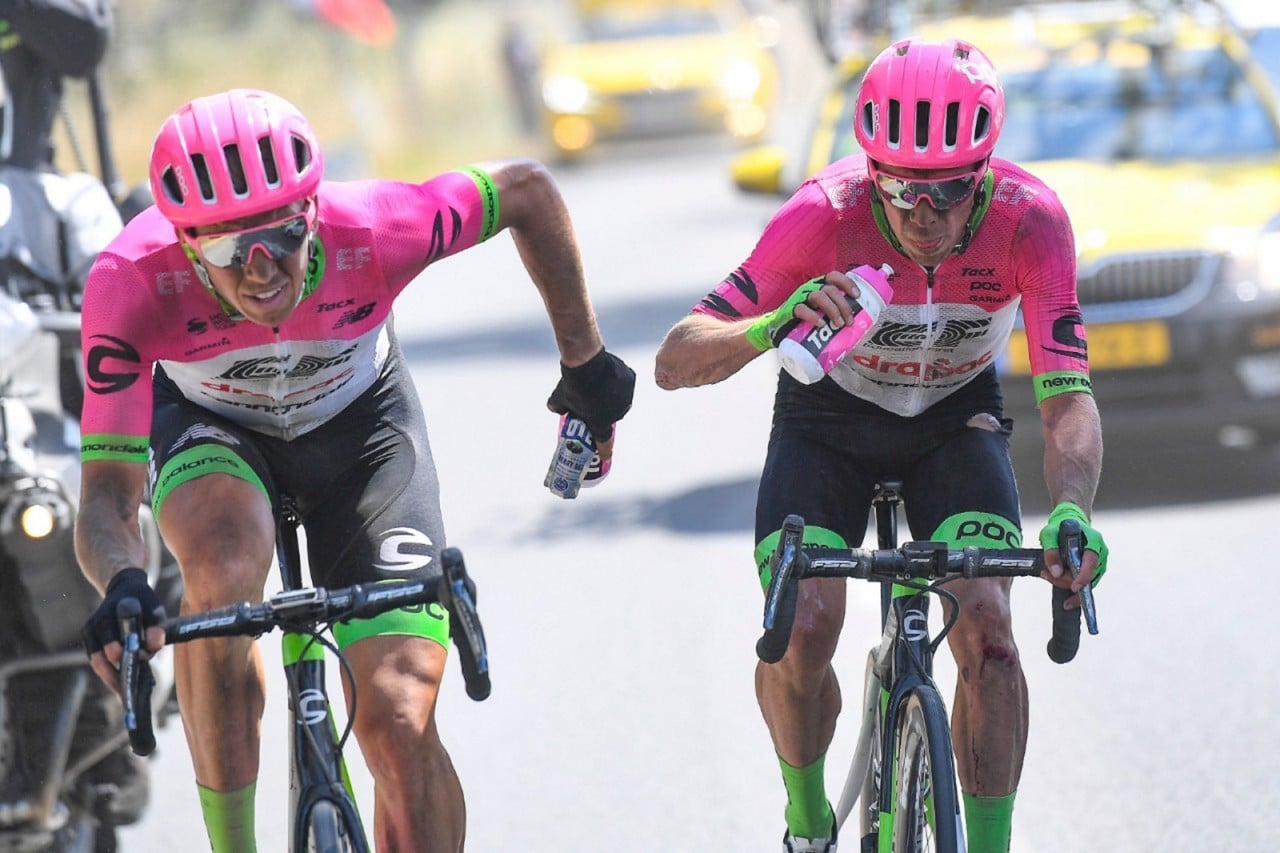 Uran missed the break and now has to make up for a lot of time - Sep will have to help out.