Shimano Gravel caught up with influential tattoo artist and musician Dan Smith to learn more about his new Ultegra Di2-equipped Open U.P.P.E.R gravel bike and how exploring trails helps him escape life in the spotlight.

Smith is a former L.A. Ink reality show tattoo artist who owns Captured Tattoo studio in Orange County, California. He travels the world to showcase his tattoo work while also performing on stage with his British and American punk-inspired Sharp Shock Band. When he’s not performing, tattooing, or designing, Smith hits the local trails on his gravel bike, exploring new places and meeting like-minded riders along the way. 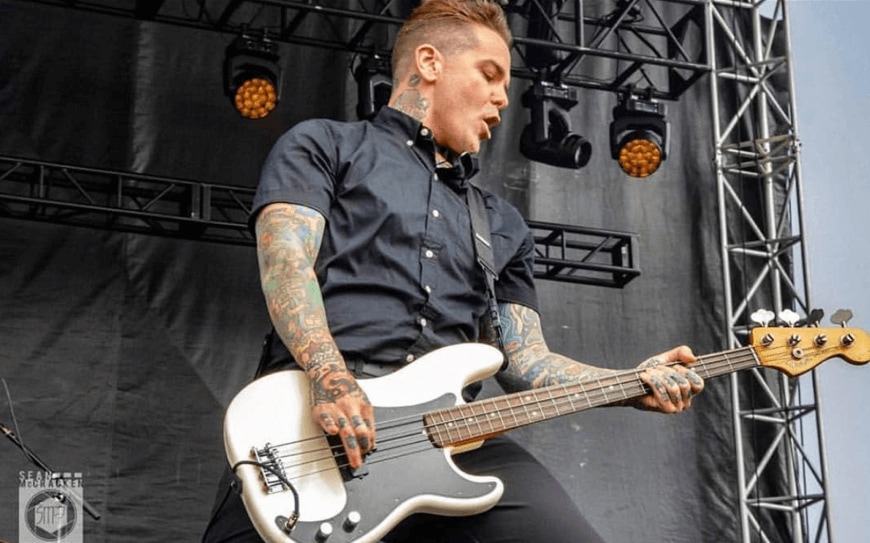 How were you introduced to cycling?

My earliest recollection of cycling probably comes from my Dad. I remember his old Raleigh 10-speed, black with red, orange, and yellow accents vividly. What impressed me the most was that when we moved from England to New Zealand, he brought it with him. He worked as a at the national newspaper and rode the Raleigh to work and back every day so that my Mum could use the car. It had to have been 40 miles round trip and it was mind-blowing to me that riding that far was even possible!

When did you start riding

I always had BMX bikes growing up and I also had a short-lived lowrider bike gang in the early (ha!) but didn’t really get into road cycling until I moved to California in 2004. I was single, reckless, and had no real obligations so I would ride all over Orange County into the night for hours on the search for Pho!

Moving to LA put a damper on my riding as living in Hollywood isn’t all that bike friendly. Plus, my work and touring schedule was at an all-time high, so I was thrilled to move back down to Tustin 6 years ago and take advantage of all the amazing riding down here. Getting a gravel bike was great and it made it possible to ride so many different places with little stopping me from exploring more. What does cycling offer to you as an artist and performer?

It 100% provides an escape from everything, really. My life is far from normal so to have something that is so personal and private, that provides such a release from the everyday grind, is crucial. What’s best is that you can tailor your ride exactly to how you’re feeling and ramp it up if you’re feeling adventurous or tone it down if you’ve had a particularly strenuous week. I think when you’re interacting with so many people each week, either at the tattoo shop or on stage or at a show, it’s really nice to have the disconnect and be able to do something that doesn’t have to involve anyone else. 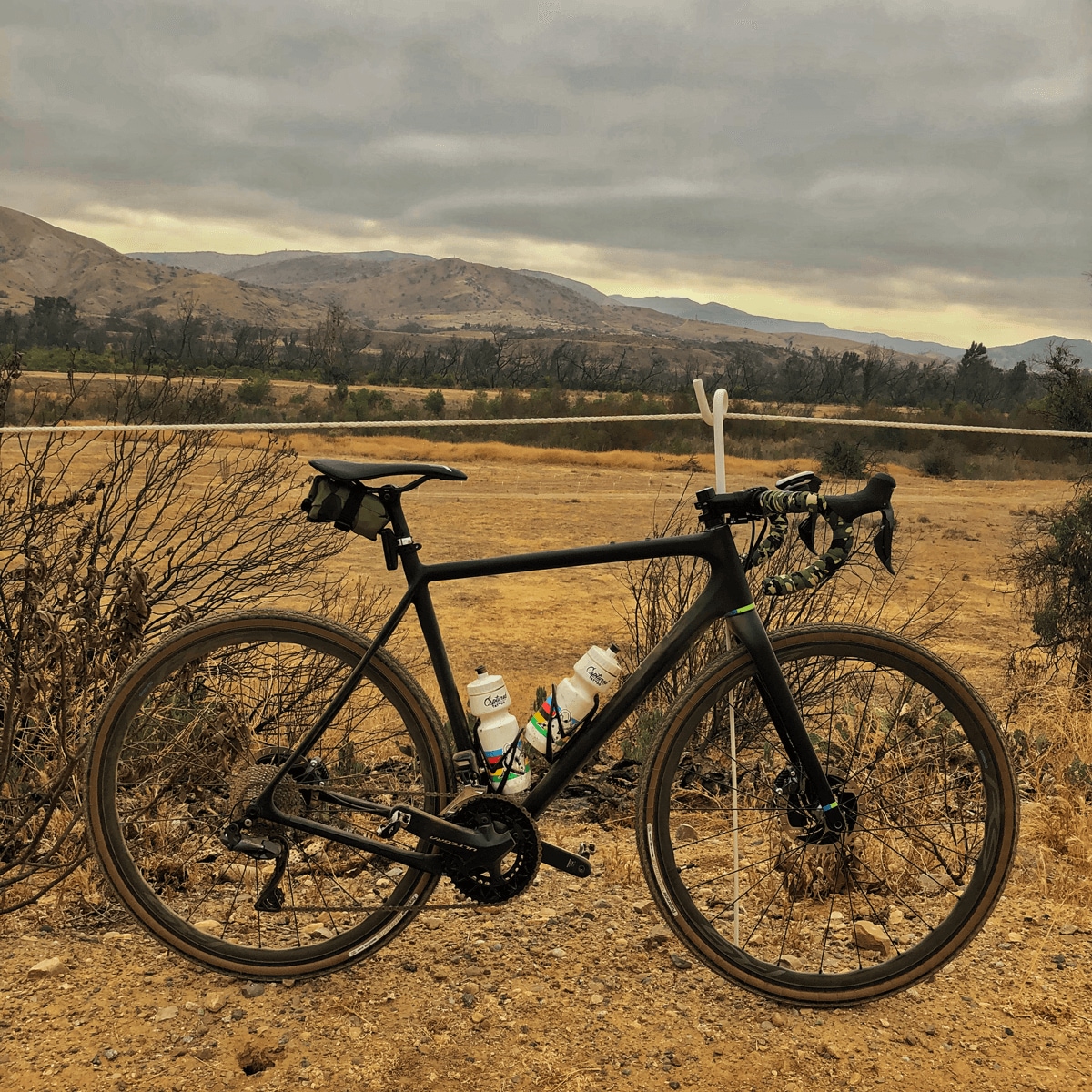 Do other artists or performers that you ride?

Yes, they do and it's great to meet other band guys or tattoo artists that ride. And with thanks to social it’s quite easy to find them. That's one of the things I really like about social media, the ability to put you in touch with like-minded people or get great advice or education about certain brands, products, routes, etc.

Do you often ride with friends?

In the beginning, I was only riding alone as the group rides never really appealed to me. But I have consistently ridden with a friend who lives close and the group is getting a bit bigger now. My schedule is still all over the place so it’s always nice to come back from being on tour or a tattoo convention and get straight back to it. For your gravel dream build, why did you choose an Open U.P.P.E.R?

Open was suggested to me by the great people at Assos, where I designed their new Speed Team line. I was always a fan of Open’s simplicity and extremely strong look. I love classic, simple, and bold and try to apply that to not just my art but music too. I think it just brings a strength to a product that a lot of brands forget to think about. After watching countless videos online and talking to a few people that owned , I knew it would not only be a great starter gravel bike, but also something I could grow into with no issues. People had nothing but amazing things to say about the bikes and I was honored to be asked to be an ambassador for the brand. 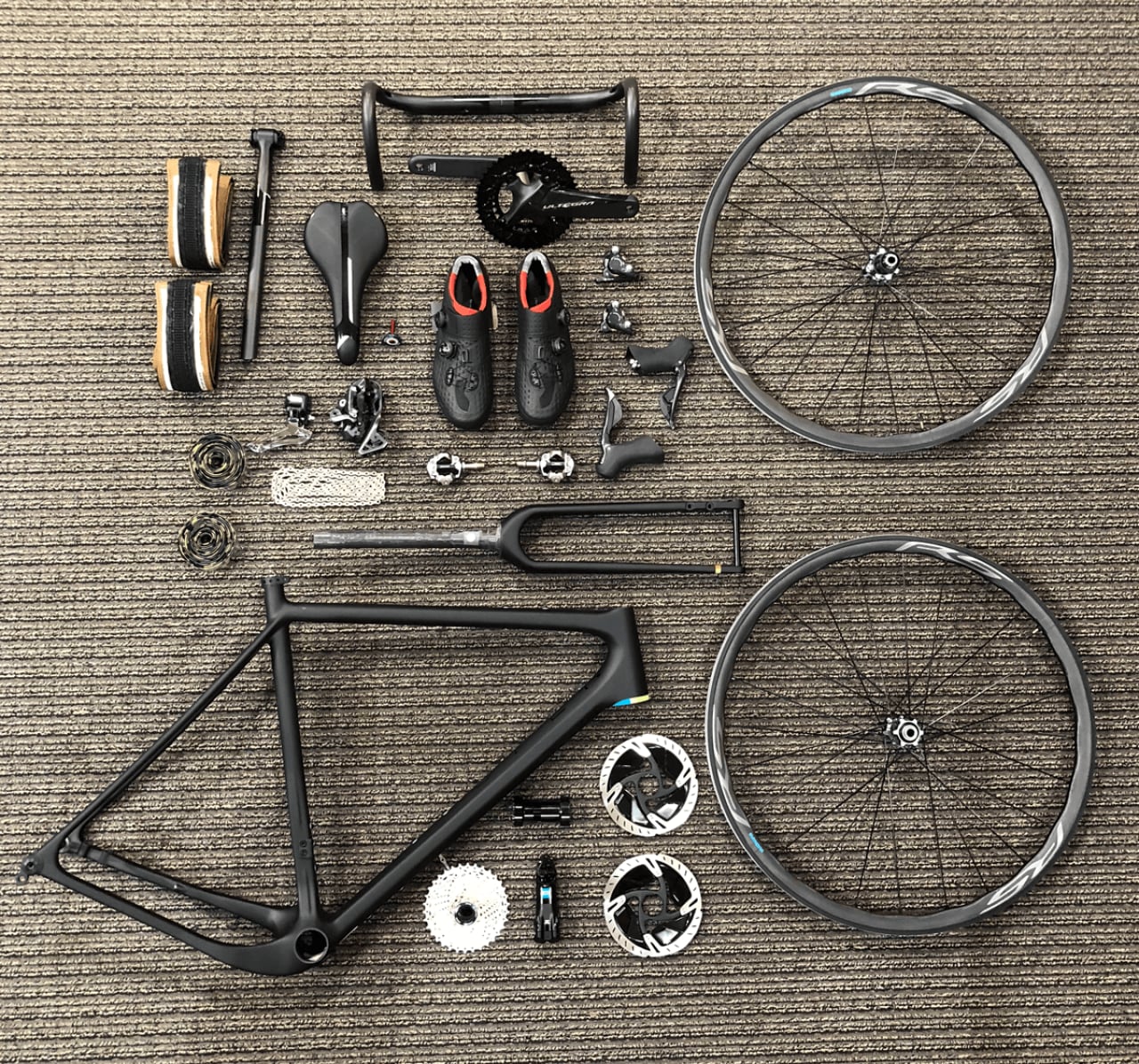 Luckily my home roads are well taken care of and the bike lanes are huge. It definitely helps with those impetuous morning drivers that are late for work. There are a lot of river trails in Southern Orange County too, which are always a nice escape from traffic but also offer a lot of different riding with some good climbs with some great descents. It seems like every river trail has a good gravel track on the opposite side, so they are the perfect switch-up, but if I’m riding trail then I’ll usually stick to the closer canyons, Peters, Laguna Coast, or Aliso Woods. In 2019 I really want to travel to ride, parts of Utah and Oregon look like a dream.

Where is your favorite place to ride?

I know my favorite place is somewhere I am yet to find. That’s why you have to keep on riding, right? I’ve been through so much of the world in a car or van or bus but doing it on a bike, it’s a completely different world. Click Here to Learn More about the #ShimanoGravel Alliance