HOME > INFORMATION > NEWS > The Botany of Bikes: Cross-pollinating Technologies for a Better Ride

The Botany of Bikes: Cross-pollinating Technologies for a Better Ride

Few developments have divided road cycling quite like disc brakes in recent years. Within both racing and riding, acceptance has arguably been pedestrian paced.

Surprisingly it was the mainstream that reached saturation point sooner and went all-in for the disc brake revolution. Disc brakes are certainly not new technology but something that has been tried, tested and globally embraced by mountain bikers. Anyone having ridden disc brakes will not contest their performance gains, so with this in mind it’s time to see what other cross-pollinated technologies our fat-tyred brethren have shared with us roadies to improve our riding. 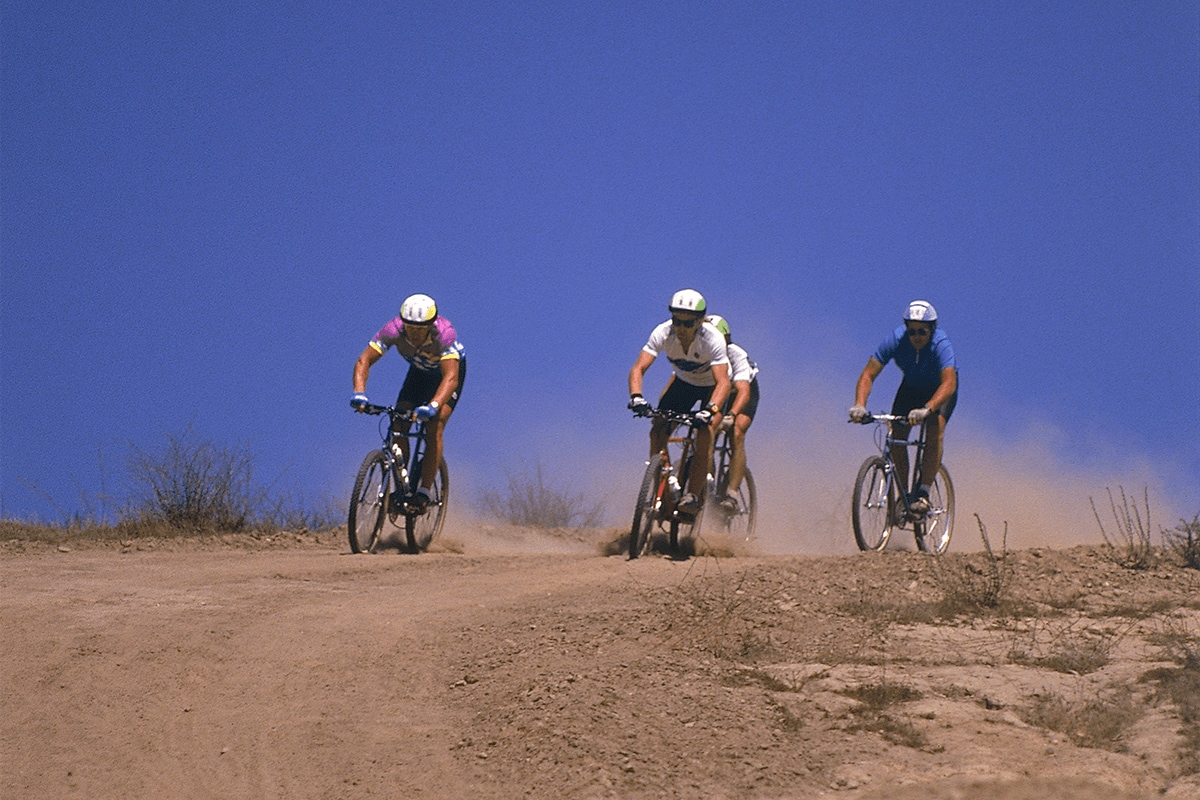 THE EARLY DAYS OF MTB

Looking back at the infancy of competitive mountain biking, there were myriad approaches to the hardware demands of off-road riding. In the late eighties and early nineties, anything and everything went. From road bars on a rigid mountain bike, to different takes on how many triangles a bike needed–if any– through to early forays into suspension and ways of improving braking performance. A mixed bag of success, certain developments progressed the sport whilst others seemed to be created purely for development’s sake– who remembers those Spinergy REV-X wheels or even that Honda gear-boxed downhill mountain bike? 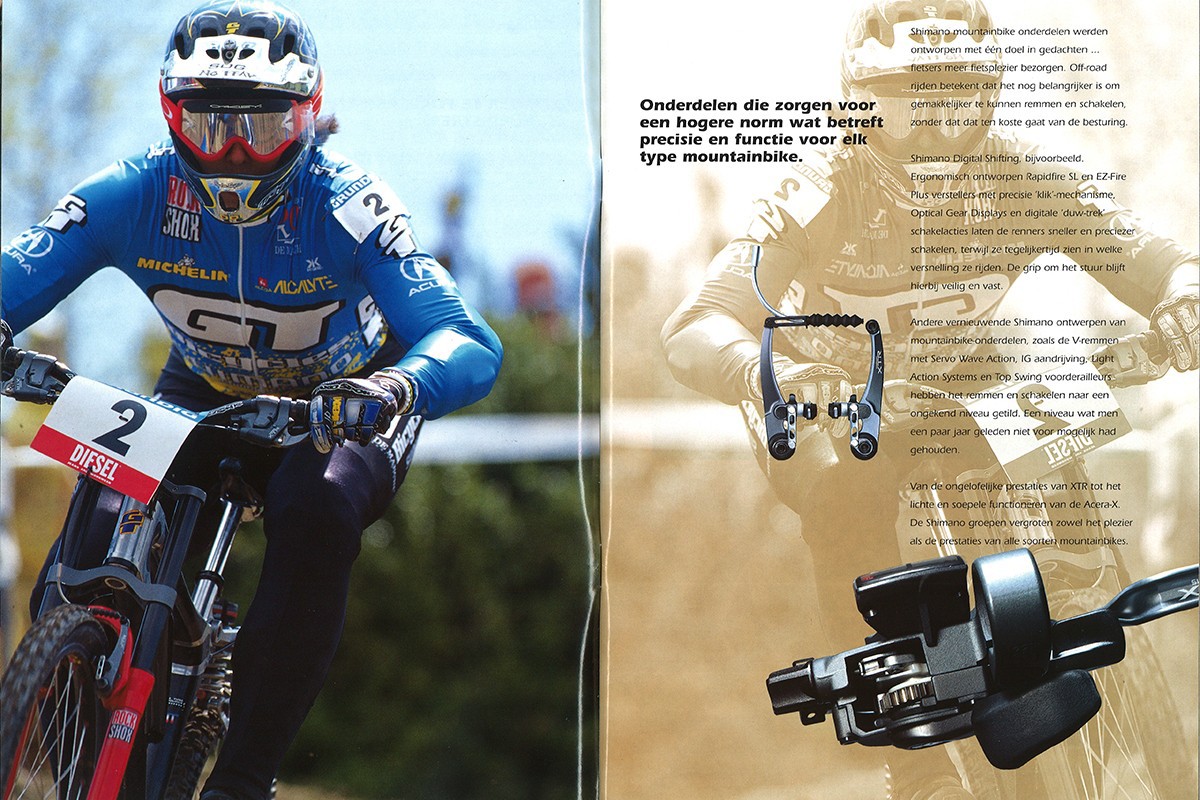 Like any move from childhood through adolescence and into adulthood, it took some time for the industry and riders to come to a common consensus on what worked and what was needed. Yet there’s been a marked change since the end of the nineties, when mountain biking found its feet in an engineering and development sense. Manufacturers came to a common understanding of what the demands of each discipline within off-road sport entailed. This, in turn, unleashed huge potential for the road bike industry by essentially unlocking a trove of tried-and-tested technologies that – if deemed worthy – could be cherry-picked to improve the performance of a road bike. Case in point: disc brakes

‘Technologies cross-pollinated from mountain biking have affected all areas of our road bikes.’ 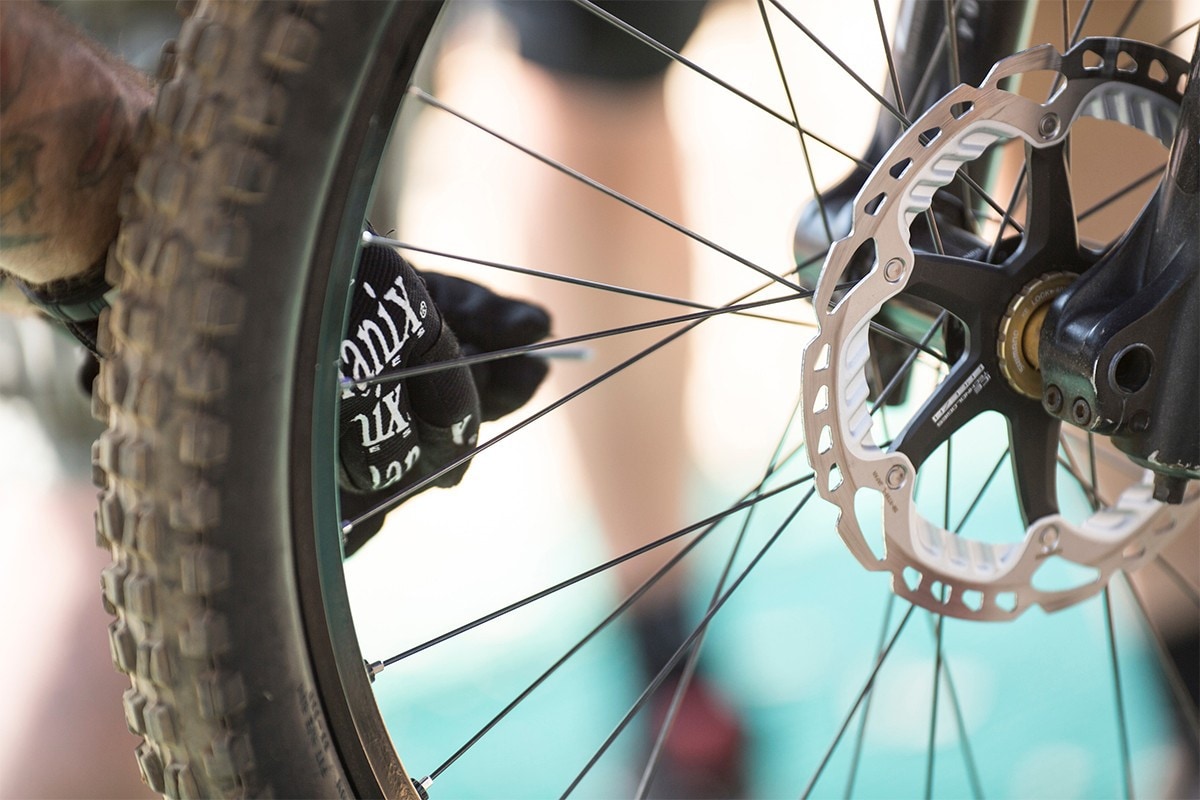 It’s hard to define where this push came from, whether it was the industry and manufacturers who recognized where improvements could be made, or riders who were demanding more from their bikes, but this is a trend that is certainly not limited to braking. You may not be aware but technologies cross-pollinated from mountain biking have affected all areas of our road bikes: from strategic carbon weaves and tubing profiles to push-fit bottom brackets and beyond, there are a whole host of developments for which we can thank our off-road riding cousins. 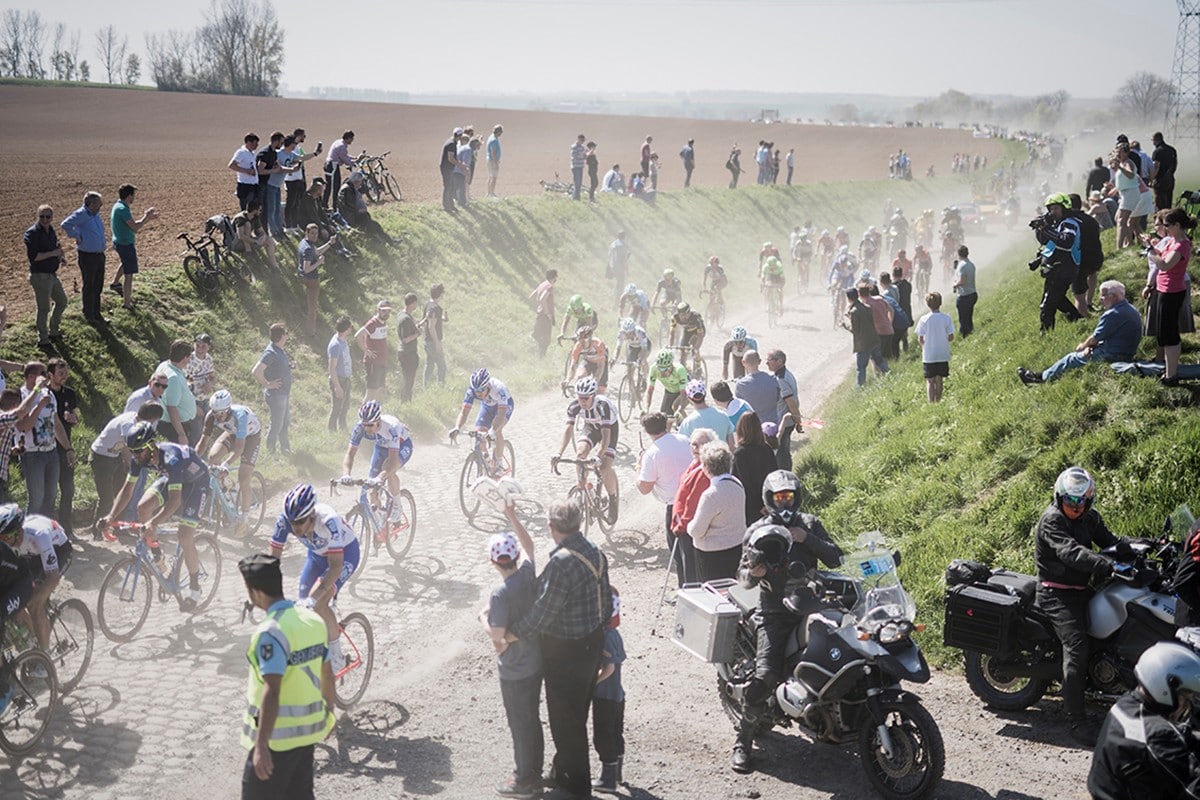 Yet despite rejoicing at the fruitful collaboration, the response to these developments has often been with mixed enthusiasm. So again we return to that mighty disc-brake debate, and the notion that as a sport we struggle to embrace developments taken from mountain bikes. Whether it’s because we’re stuck in our ways, with a mind-set that is adamant that there’s ‘no need to fix what’s not broken,’ or if it’s the dismissive presumption that these developments, like wider tyres or even wider rims, are change for change’s sake.

‘Even Peter Sagan, a former mountain biker, advocates their entrance into the professional peloton.’

We’d argue that is certainly not the case. More compliant and stronger frames, built with mountain biking know-how, mean improved power transfer to the road. Wider tyres and rims increase the volume of rubber in contact with the ground, enabling us to run lower pressures without compromising speed. Push-fit bottom brackets allow larger axles on a two-piece chain set, which are drastically more rigid and efficient. Then there are disc brakes, which perform better in all conditions: fact. Even Peter Sagan, a former mountain biker, advocates their entrance into the professional peloton so that everyone has the same braking performance – a universal step to minimize disparity in braking distances [ed: yes, it really is that significant]. 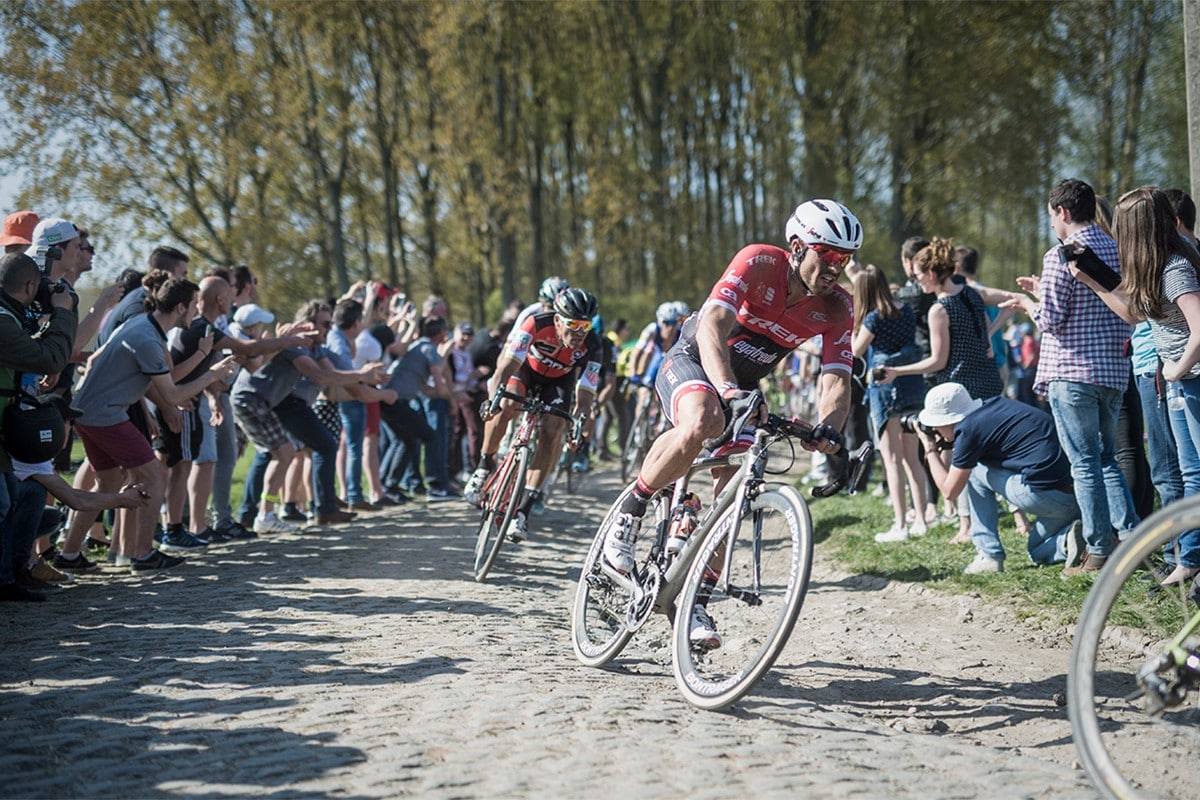 It may be hard to change a collective mind-set but manufacturers are endeavouring to do just that. Through their work with professional teams, they’re testing new technologies inspired by mountain biking in races such as Paris Roubaix. Working with journalists they are highlighting these improvements and scoping out room for more. And the results don’t lie. Just think back to the bikes that we used to ride at the end of the nineties, with steel frames, thin tyres and brakes that barely worked in dry conditions – let alone if it rained. Recent advances have opened up a whole new discipline to road riders, seeing a mass exodus towards gravel. Arguably the most exciting area of cycling at the moment, these bikes are a demonstration of how two worlds can collide to great success. 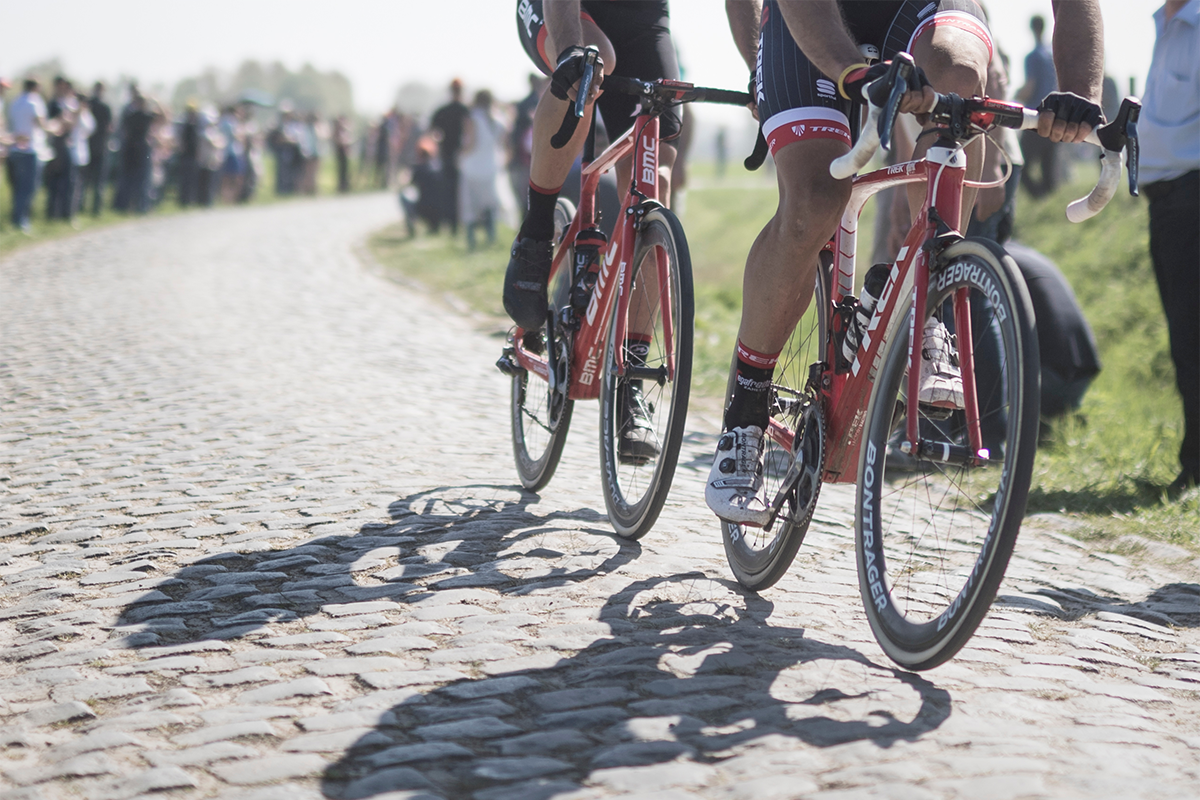 While we’re by no means championing mountain bike developments as the inspiration for all of the key progressions seen in road bikes during the past two decades, this more punishing discipline has provided inspiration for certain key technologies on the tarmac. So, with the cobbles of Paris Roubaix on the horizon, we’re stoked to see if there are any inklings of trickle-down mountain bike tech that might grace our bikes in the near future.