The Creation Process of the New DURA-ACE R9100
MTB

We are so thoroughly excited to have just introduced our new DURA-ACE R9100 groupset to the world. It’s sleek, powerful, and effective. While it is very much evolved through science, we also derived lots of inspiration from folks like you who love to ride bikes as much as we do.

While our enthusiasm surely helped to get the job done, it also took much time, dedication, hard work, and a great deal of creative thinking. 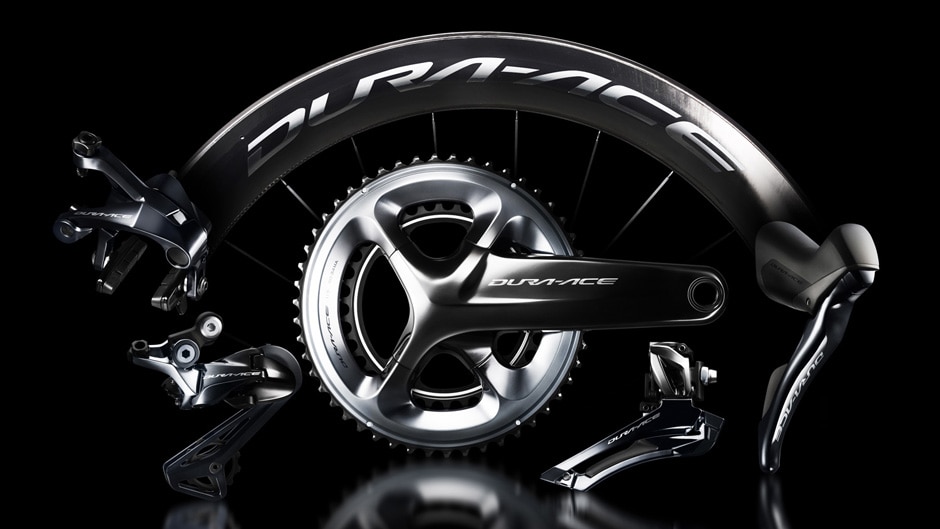 Shimano North America product manager Dave Lawrence explains, “Since we know that the last version was always ‘the best’, it’s constantly an interesting test of our skills to improve upon it. But I can tell you without a doubt that the latest generation will surely be the most memorable because it can now be named ‘the best in the world’.”

The basis of our new groupset is about building a total experience on the bicycle. “A systematic bike construction is the smartest approach because when these individual products are combined together they let the cyclist ride the bike the way it is envisioned in his or her mind,” says Japan’s head of development Takao Harada.

By carefully analysing the current needs of the modern cyclists as well as the future direction of the sport, we redesigned our components to best match these demands. We even had our head guys doing some field testing. Lawrence enthusiastically confirms, “But sometimes you forget. I’ve had a few people look at the rear derailleur on my road bike and then you just kind of move on pretty quickly.”

“We spend a lot of time riding by ourselves…or we ride together,” jokes Lawrence as he glances over at Tim Gerrits, our Shimano Europe product manager. 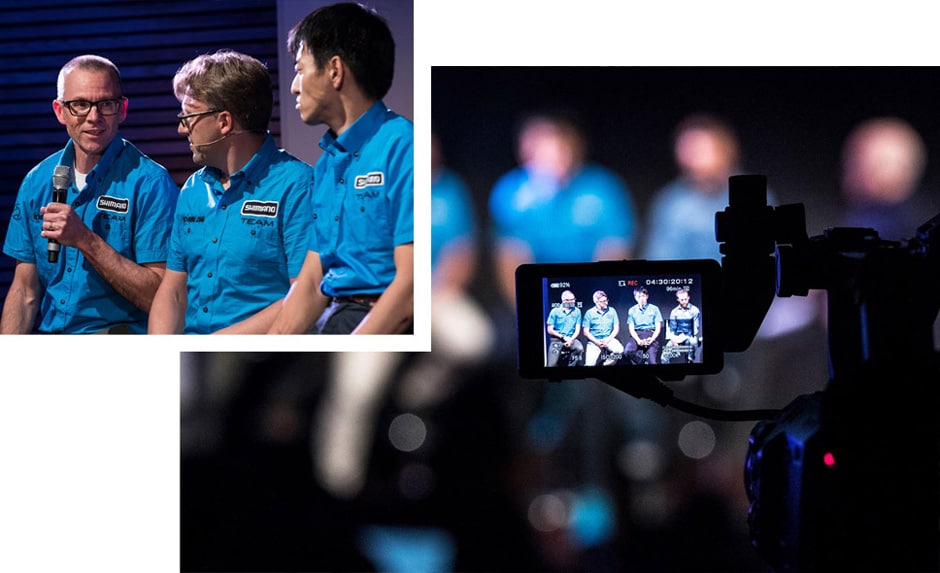 Joining Gerrits, Lawrence and Harada in Miraflores, Spain for the final testing process where our engineers and several experienced DURA-ACE test riders worked with a state-of-the-art data-analysis bike used for component testing.

Gerrits explains, “The bike has over 60 sensors inside to measure absolutely everything…temperature, pressure, position, movements, angles, you name it! For instance, we can see exactly what a bike does when riding downhill while braking hard.

We use the data to perfectly reproduce it in our testing machine. With an exact copy of every racing situation in our factory, we have the knowledge needed for all new developments. Basically it transforms us into the technological future with all its capable measurements.” 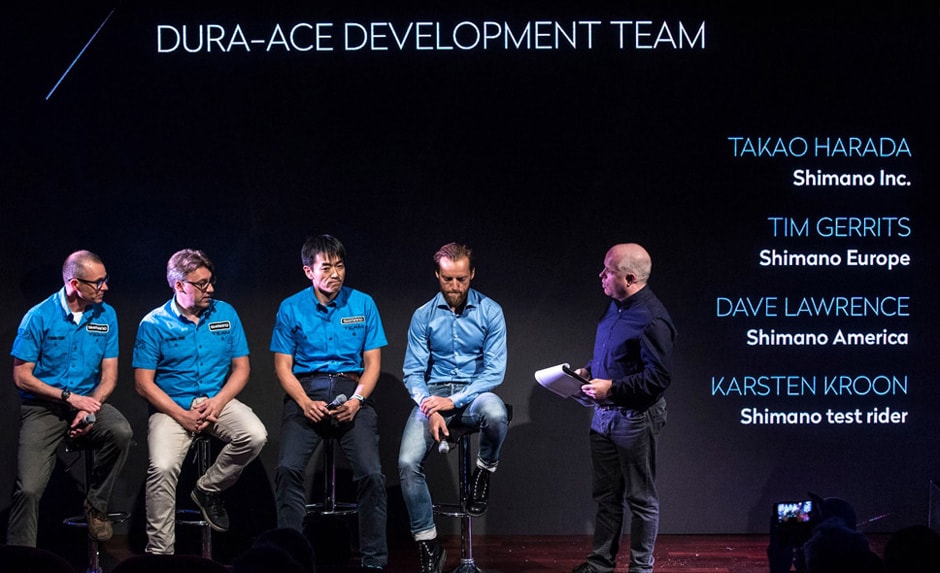 At the end of the final testing phase, Gerrits muses, “It has been a great testing campaign for DURA-ACE so far. At this late stage, it was really just about tweaking and optimizing the shifting, the brake levers and the ergonomics. It’s almost perfect now!”

After the final tweaks were implemented, the new DURA-ACE R9100 groupset is ready to go into production, to emerge as the much-anticipated new and improved DURA-ACE R9100. Improving performance by maximising efficiency: that’s how we’re able to ensure the best for cyclists with the highest demands. “Even the best professionals are fighting each other to be the first to ride it,” adds Gerrits.

DURA-ACE R9100 is all about racing bicycles on the highest level. That’s the reason for our existence. We are thoroughly thrilled and humbled by the number of people who love and appreciate what we’ve developed.