THIS IS HOME: JESSE MELAMED

A racing career built on more than mountain biking. 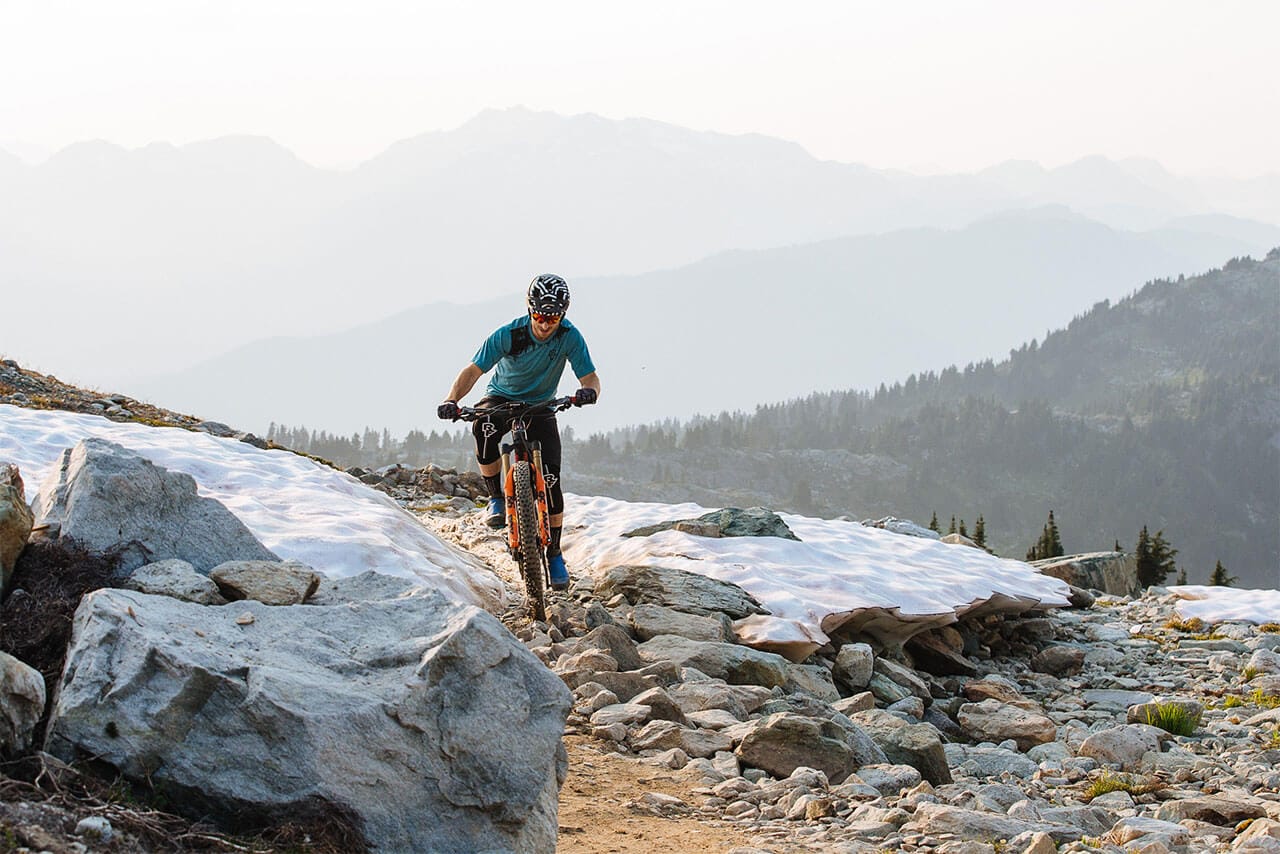 Having grown up on Whistler trails his whole life, it may not come as a surprise that Jesse Melamed is one of the top 10 enduro mountain bikers in the world. Yet having the world most developed bike park and hundreds of local trails at his door is only one constant in Jesse’s life equation.

Jesse grew up in an A-frame home spending every weekend of the summer riding bikes and competing at provincial races. As a child he was resistant to the sport at first and required rewards at the end of family rides. But it wasn’t long before Jesse took to riding and training of his own accord. 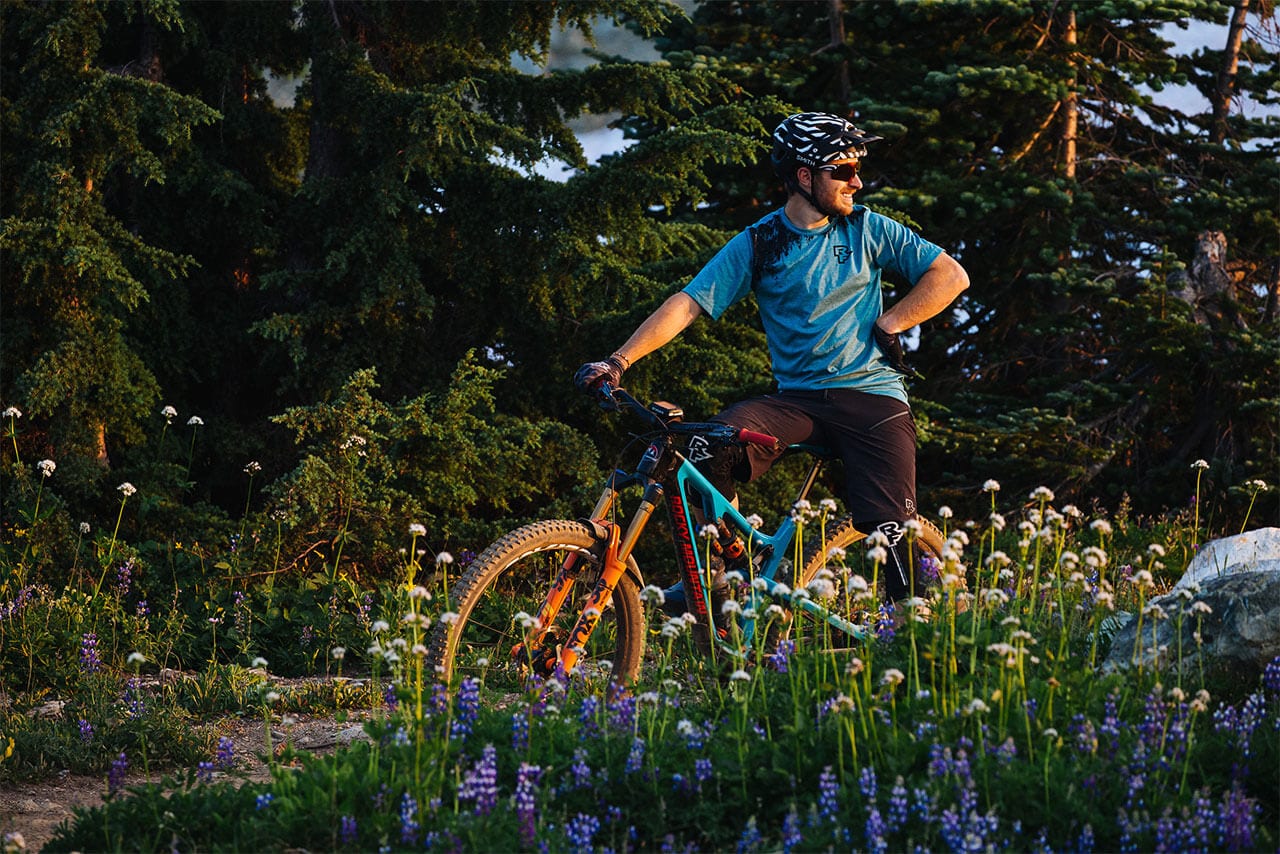 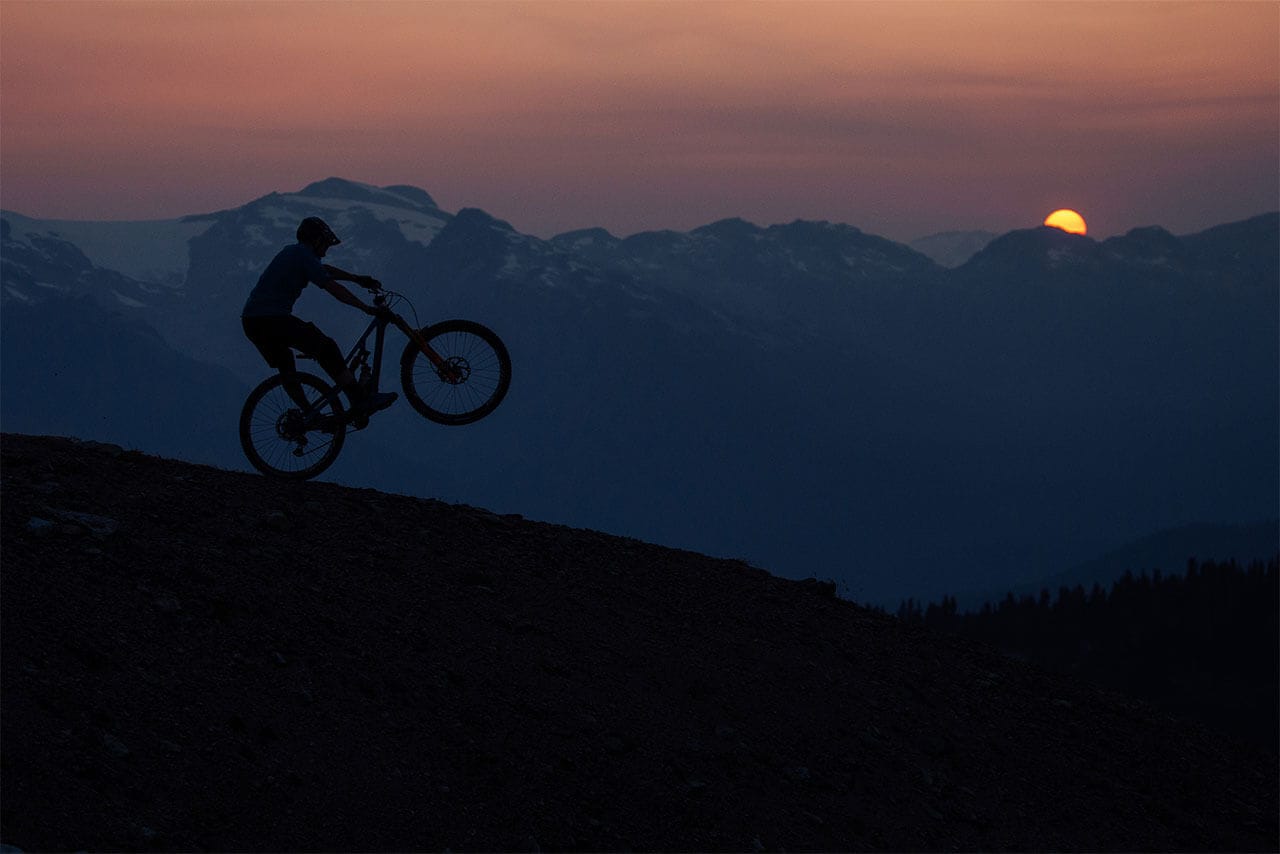 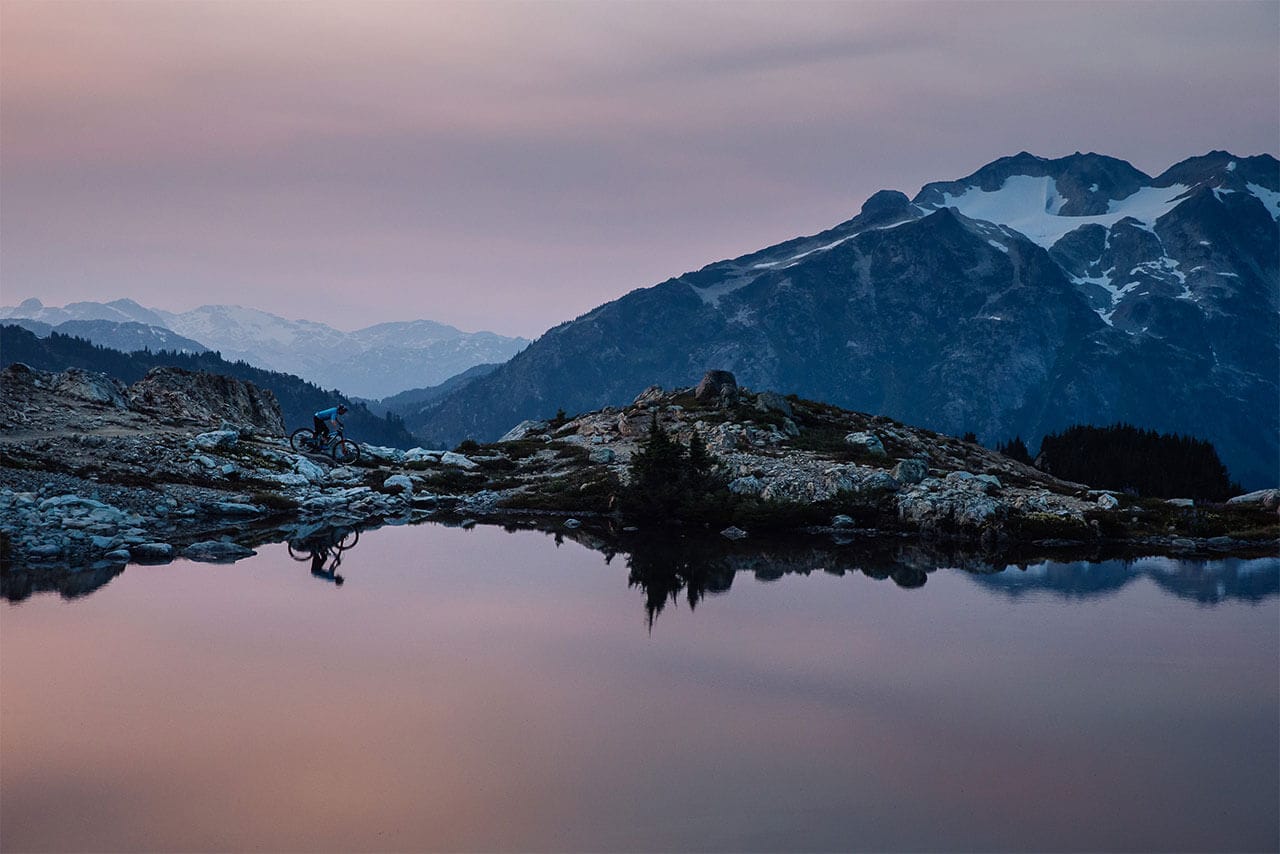 “We dragged Jesse into the sport whether he liked it or not, and he took it from there,” says his father Ken, recalling the many promises of ice cream after long or difficult rides.

Instilling a strong work ethic at an early age was fundamental in the Melamed household. 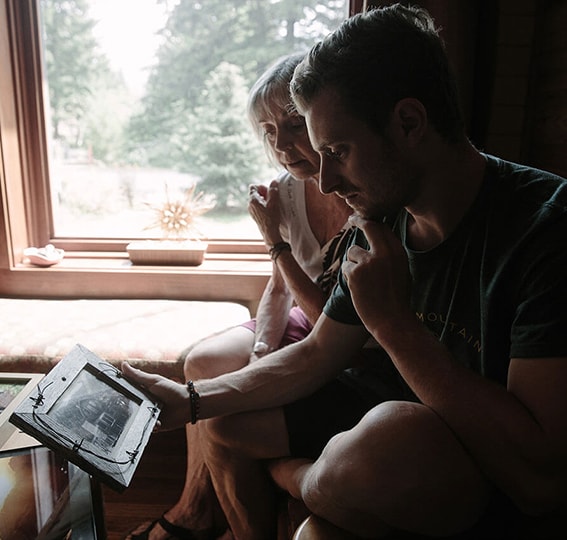 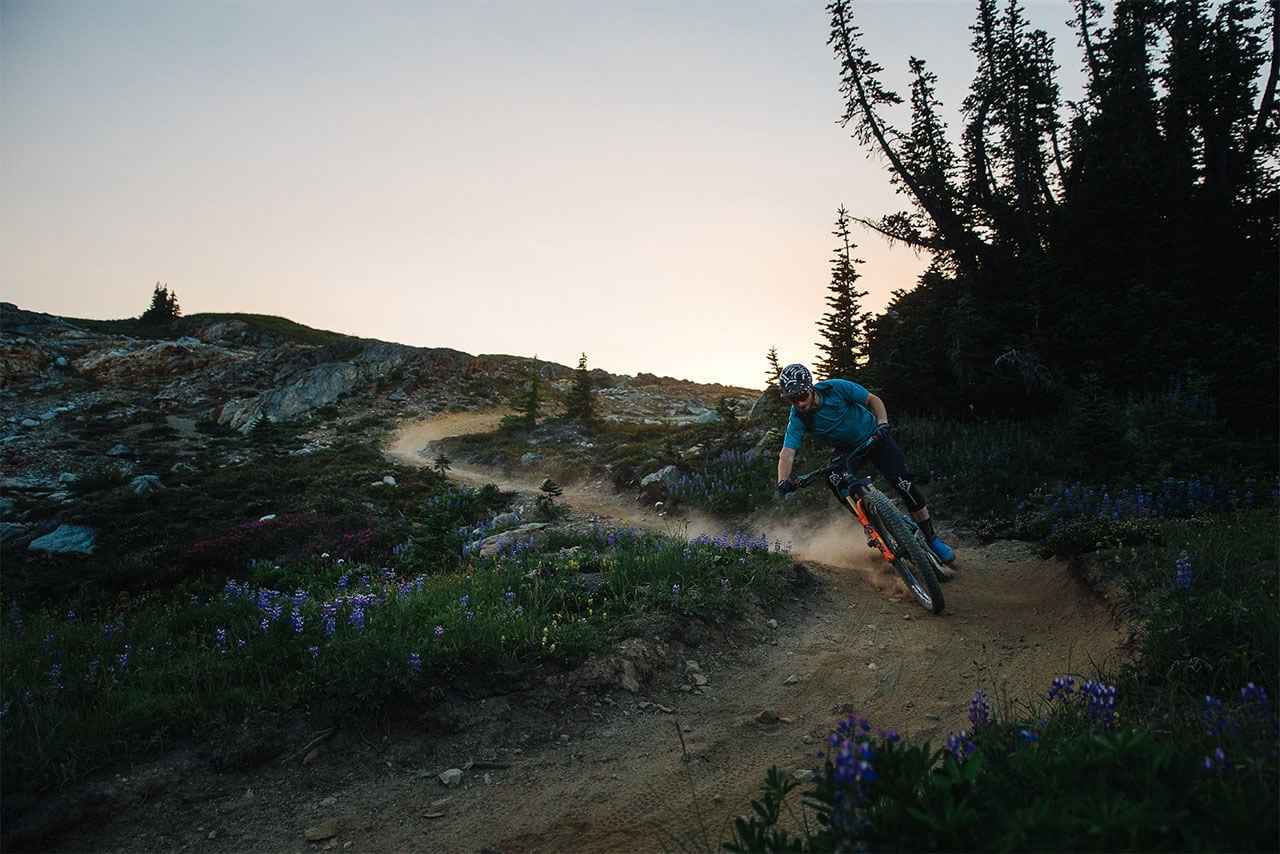 “I made sure that Jesse had that artistic side,” says his mother Uschi. “Because everything in Whistler is about sports, I made both my boys get piano lessons for eight years. They hated me for it when they were young, but I think that’s turned into love now.”

Being raised to work hard for your dreams seems to have paid off for Jesse, not only with mountain biking but with his whole life. His hands glide expertly over the keys whenever he sits down at the family piano at his house. He finished his Bachelor’s degree in Computer Engineering while traveling the globe racing the Enduro World Series. Every summer he returns to coach the Whistler Off Road Cycling Association (WORCA) mountain bike camps to pass on his skills and knowledge of the local trails to others. 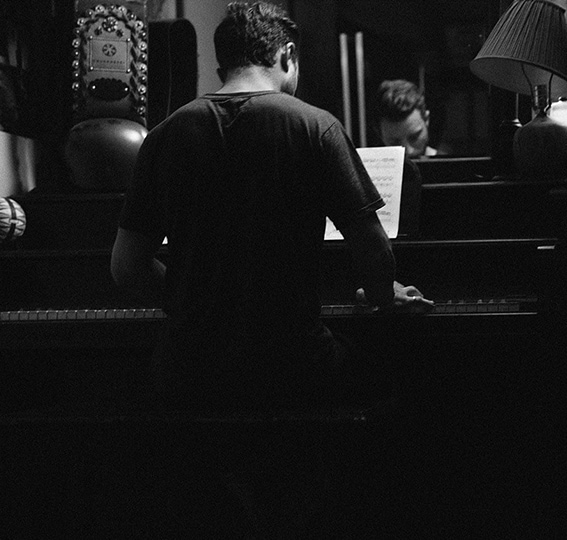 “It was never a question of whether or not I was going to go to university or not,” says Jesse of his tertiary education. “My parents never forced me to go to school, that was a decision I made on my own. School teaches you a lot more than the degree that you get. One day I would love to combine engineering with biking.” 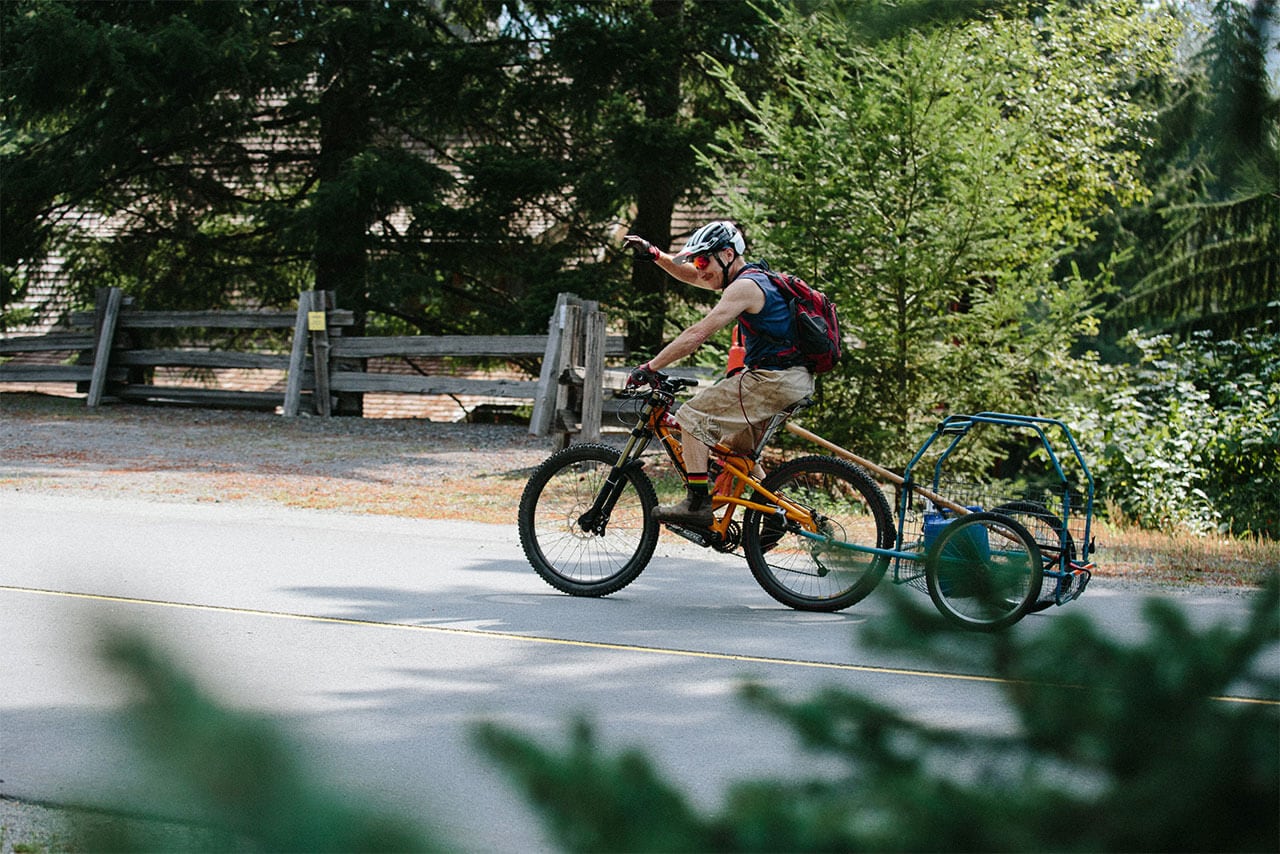 Even his father benefits from Jesse’s hard work and extensive experience on two wheels, especially with feedback on Ken’s trail building.

“I like to get his opinion on how it rides,” says Ken, a career stonemason who sat on the local council for 13 years before being elected as mayor for two terms “I don’t have the trail experience, I don’t see the trail the same way he does. A couple of times I’ve even convinced him to come help me move some rocks.” 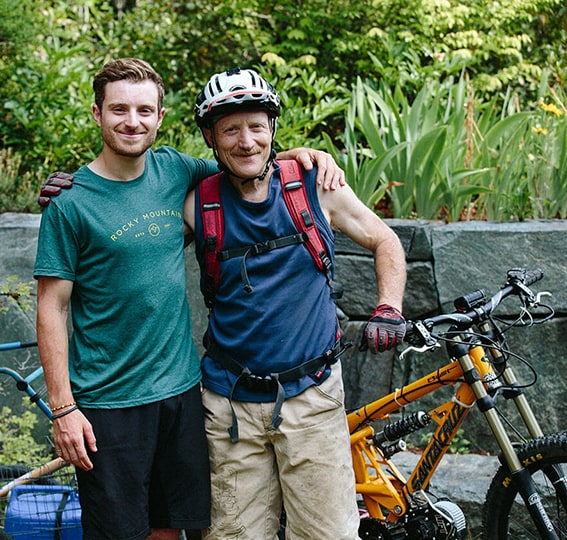 While the Melamed name was long synonymous with local government, it’s now Jesse who receives the lion’s share of headlines in the local newspapers, this time in the sports section. Ken was more than happy to hand over the community spotlight, knowing that he would still get to push his own riding well into his retirement years chasing Jesse around the Whistler valley on bikes.

Whistler has given Jesse a lot, both in his competitive career and his life. But the greatest gift of all is the freedom he feels in Whistler’s vast terrain. 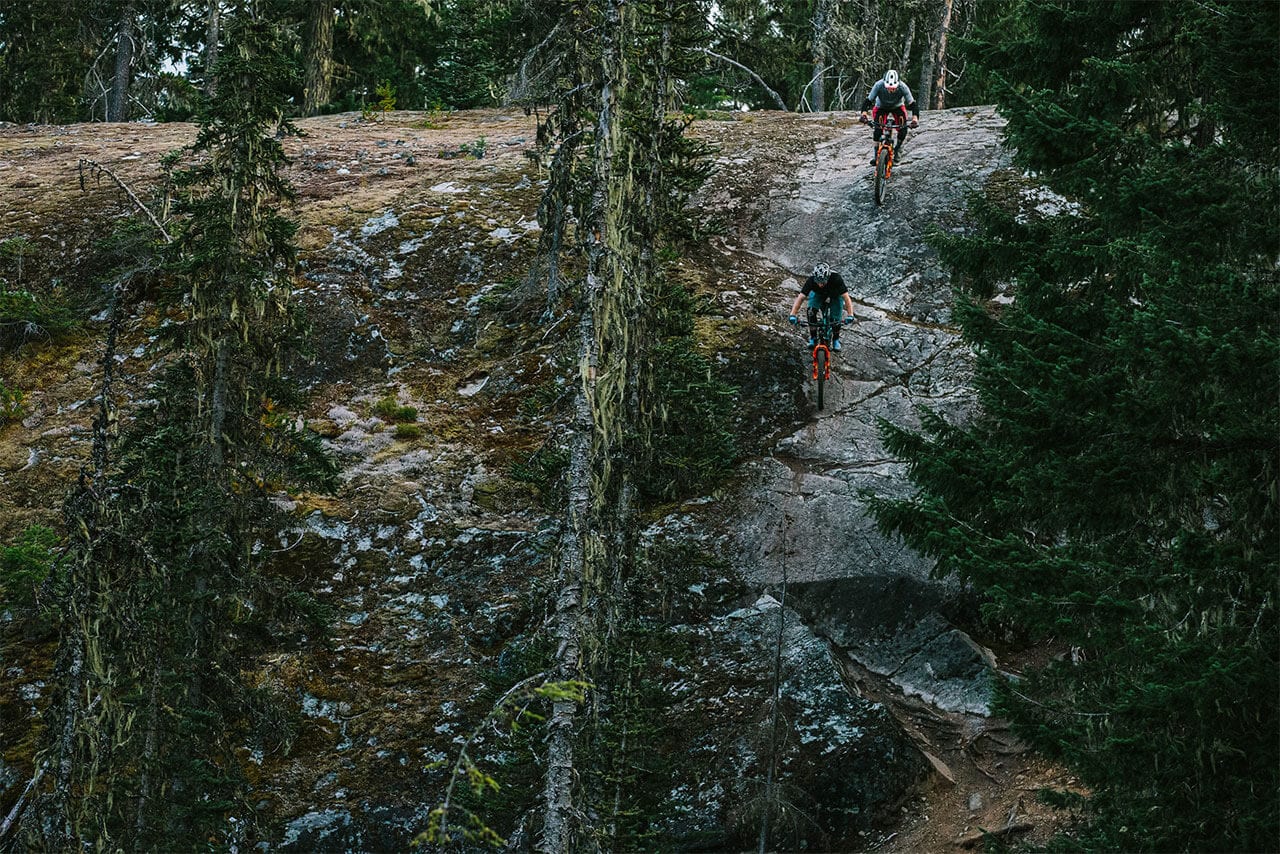 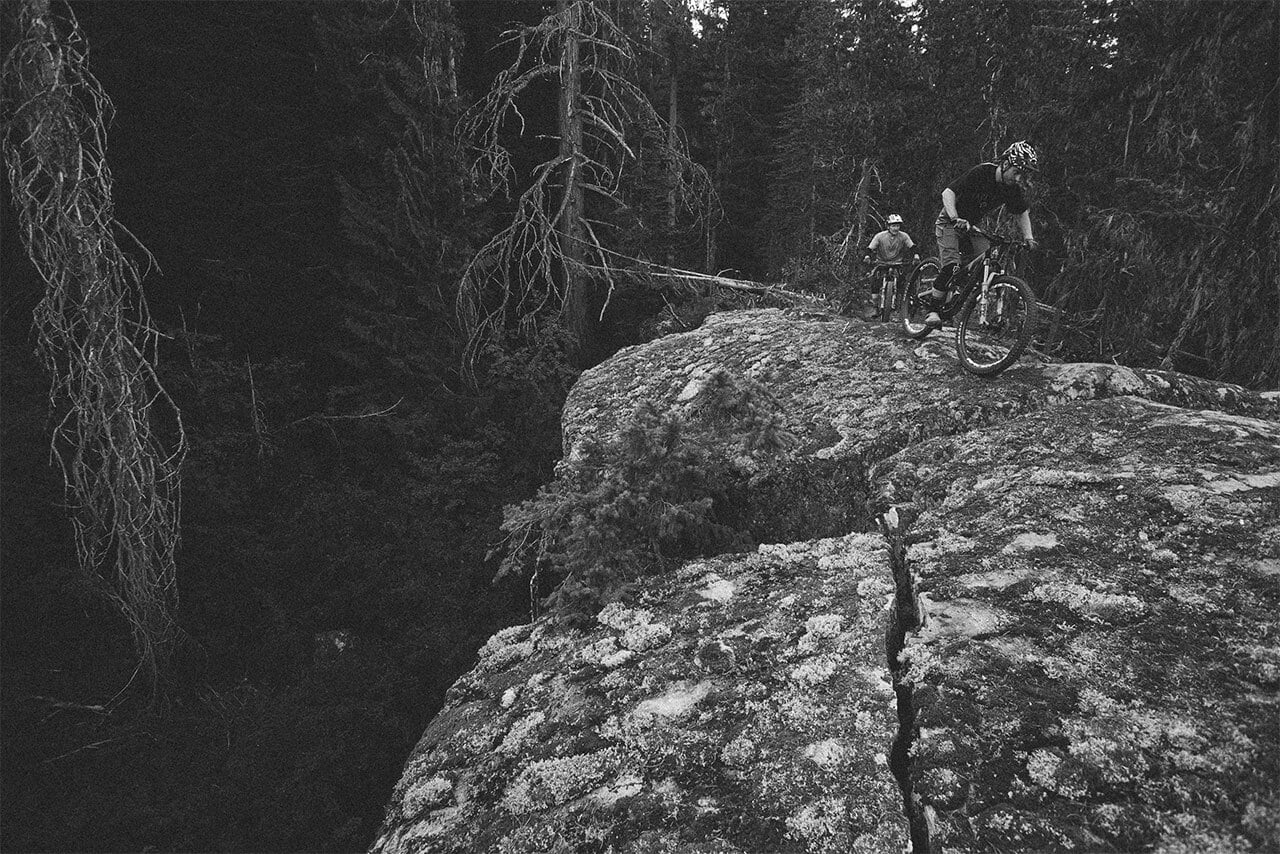 “I’m inspired by anyone who’s having fun,” says Jesse. “When I ride my bike, you can’t take the smile off my face. Sharing that with my friends is amazing.”

Mountain bike athletes tend to migrate to where they have the best access to the best trails. For Jesse Melamed, Whistler was home all along. 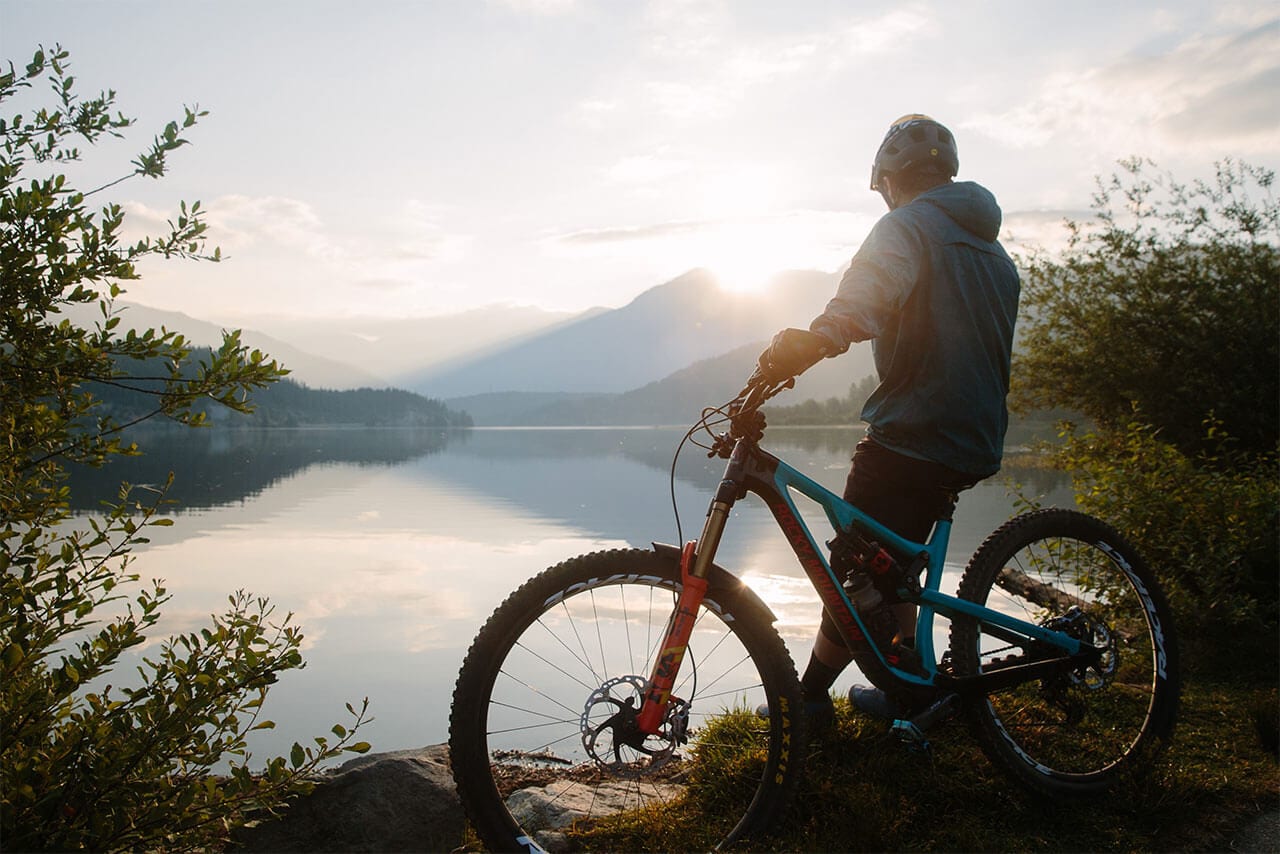 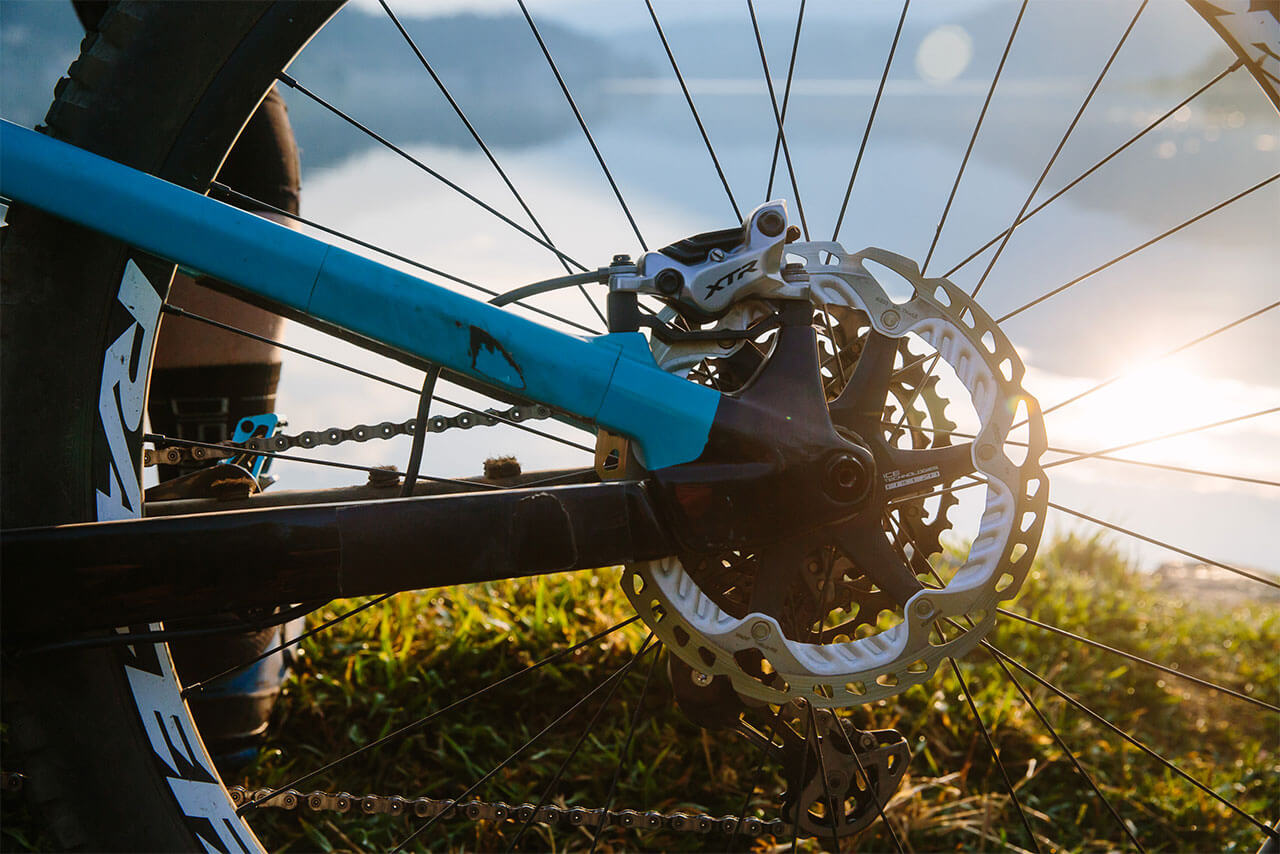 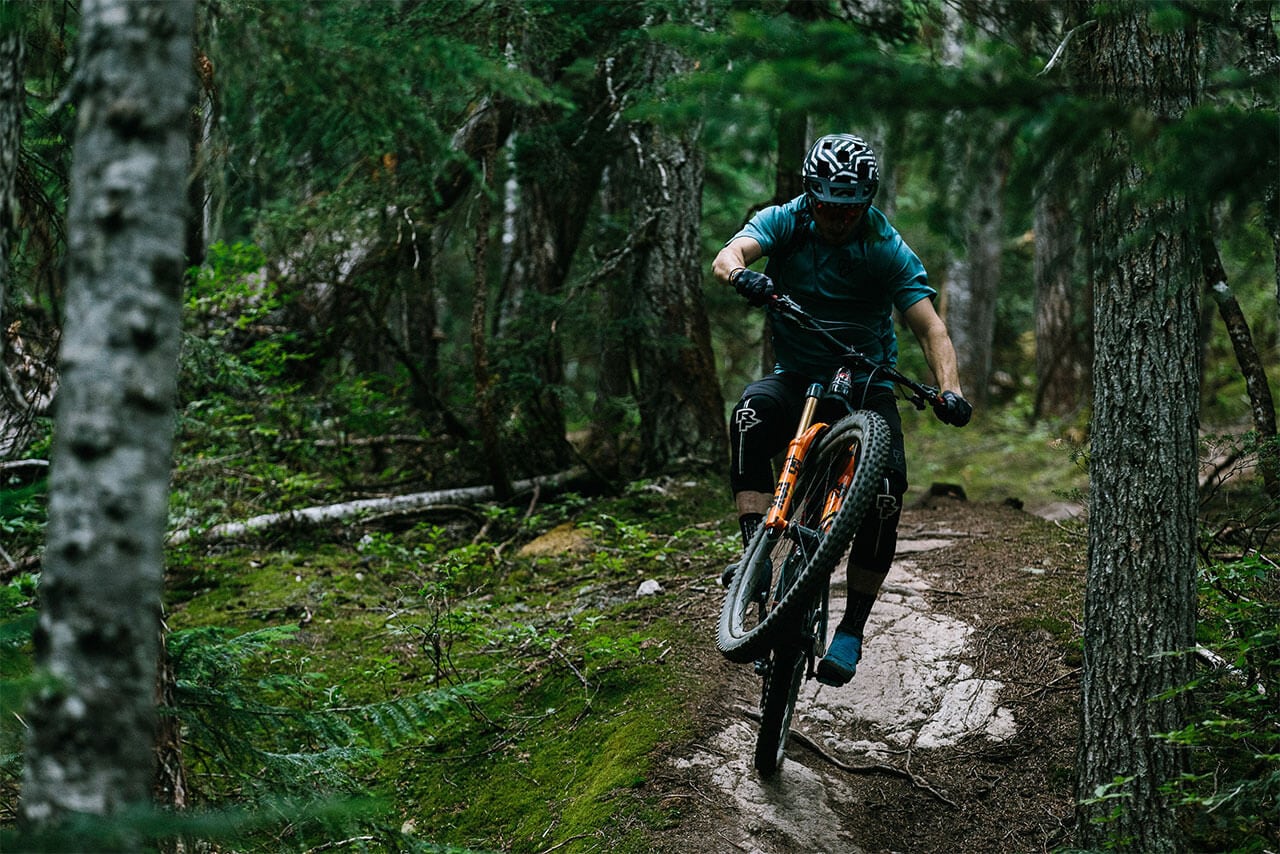 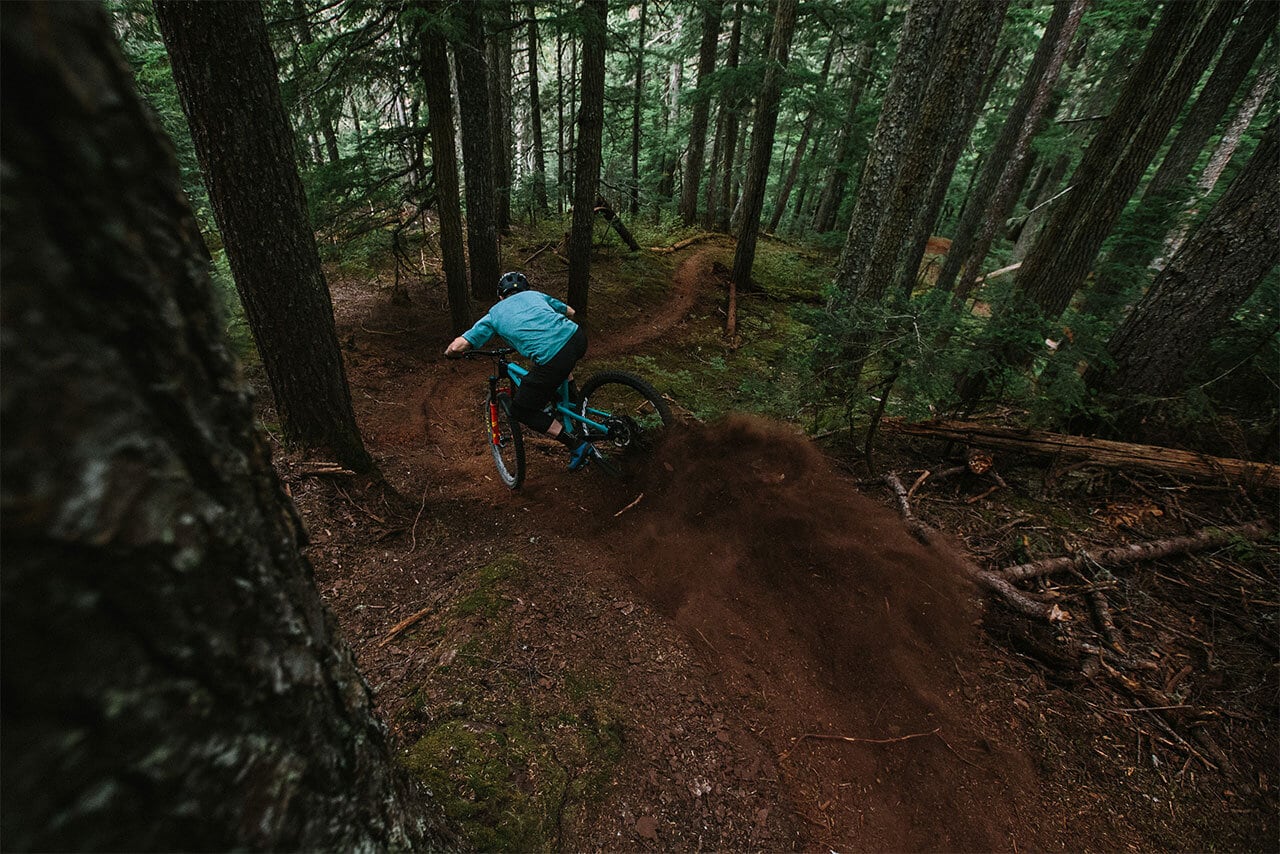