HOME > INFORMATION > NEWS > To Race or to Ride: That is the Question

To Race or to Ride: That is the Question

The Shimano gang arrived in Spring Valley for the Almanzo 100 and as we poured out of our respective vehicles, we began preening ourselves for the day ahead. Stevil Kenevil dawned his orange onesie while others finished their last-minute preparations. First on my list was to find a rest room. I located two Porta-Potties near the start, but there was a line going down the street. I contemplated standing there but figured I would end up waiting 20 minutes just for the gun to go off when it was finally my turn. I wasn’t into that scenario so I rode around town trying to find another option. I found relief at a construction site a few blocks away where there was a Johnny on the Spot. Now I was ready, but I was faced with the decision of where to line up. I had to answer the question that had been in the back of my mind for a while now. To race or to ride? I decided not to decide just yet and found a nice spot a quarter of the way back. Shortly after hitting the first gravel section, I glanced at my computer through the cloud of dust to see the group was doing 29mph. Screw it, I’m racing. 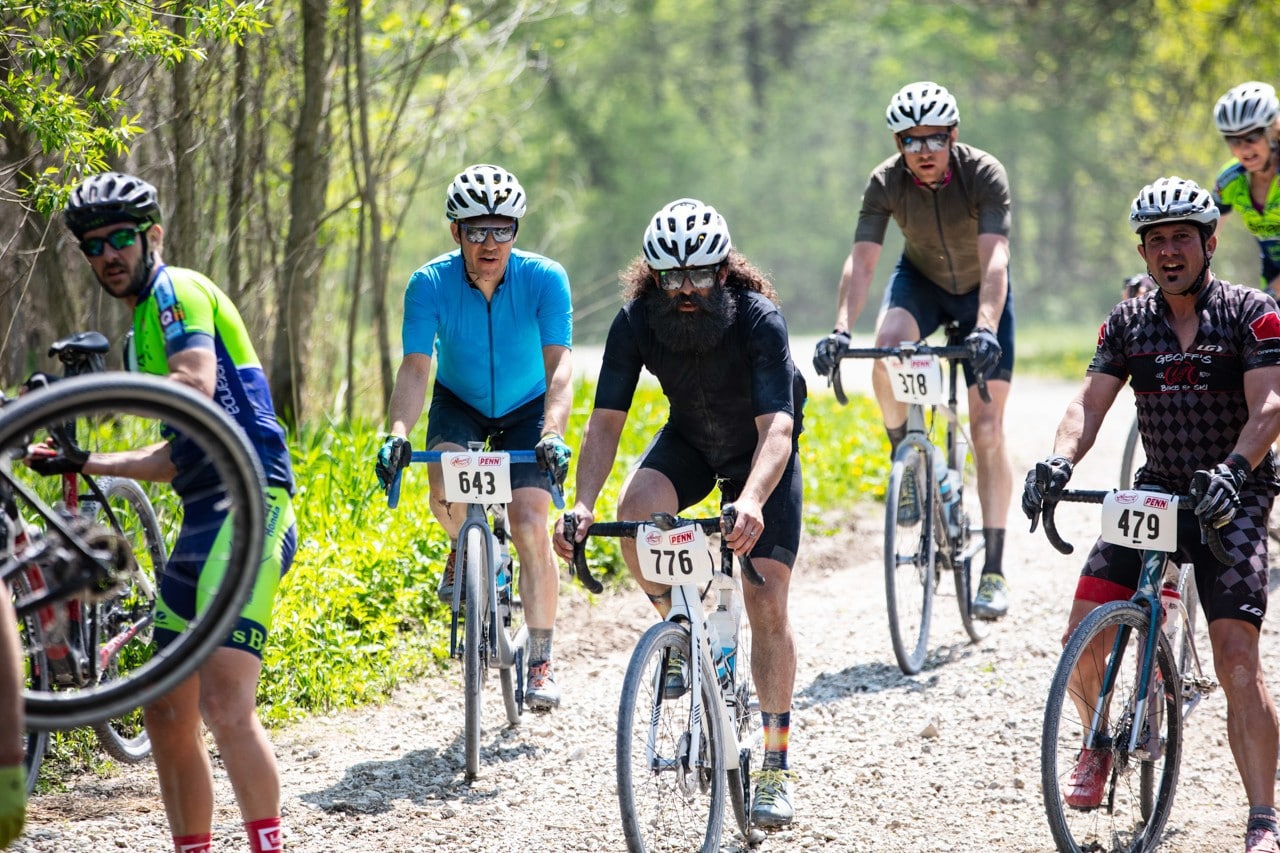 I could see we were closing in on the next group as we crested a rise. Over the next few miles we worked to close the gap. Maybe it was something in the dust, but I was full on race brain at this point. We hit station one at mile 40 right around the 2-hour mark. I filled my bottles and stuffed some gels in my jersey pocket. Nick Uniatowski was fueling up so we took off together. Josh from Bike Radar came around us so I stood-up to get on his wheel but noticed something. The magic legs were gone. In fact, they hurt. He was setting a blistering fast pace and we eventually caught another group. I had to admit that I probably couldn’t hang at this speed (despite my earlier notions of glory). I vaguely remember telling Nick I was pulling the plug and his response was along the lines of “good”. I was happy to have someone to ride the next 50 miles with and I thought, “Alright, I guess we’re riding”. At the last aid station, we met up with a bearded man from Philly who had also left the idea of racing in the dust and was now refueling on bacon and libations. With only 20ish miles left to go, I downed a Coke and some pickles that resembled waterlogged toes before heading back out.

Most of the last portion of the race was not pleasant. It was a mental, emotional and spiritual grind for me. If I said anything to Topher and Nick at this point it was probably incoherent. After the last long section of fresh gravel, we finally hit the pavement and my spirits lifted a little. We were almost there! With enough time for one more lapse in judgement, I decided to bunny hop off a rise in the pavement and when I landed the reality of 100 miles on gravel came rushing back to me. In the end the answer to my question was neither to race nor to ride, but rather to just survive. 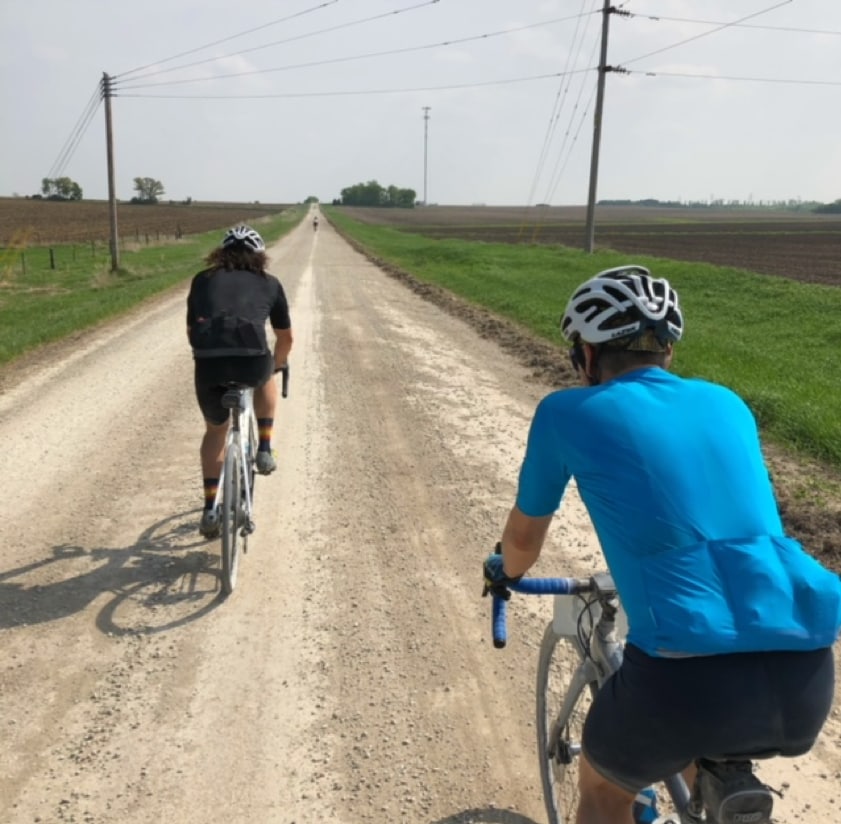