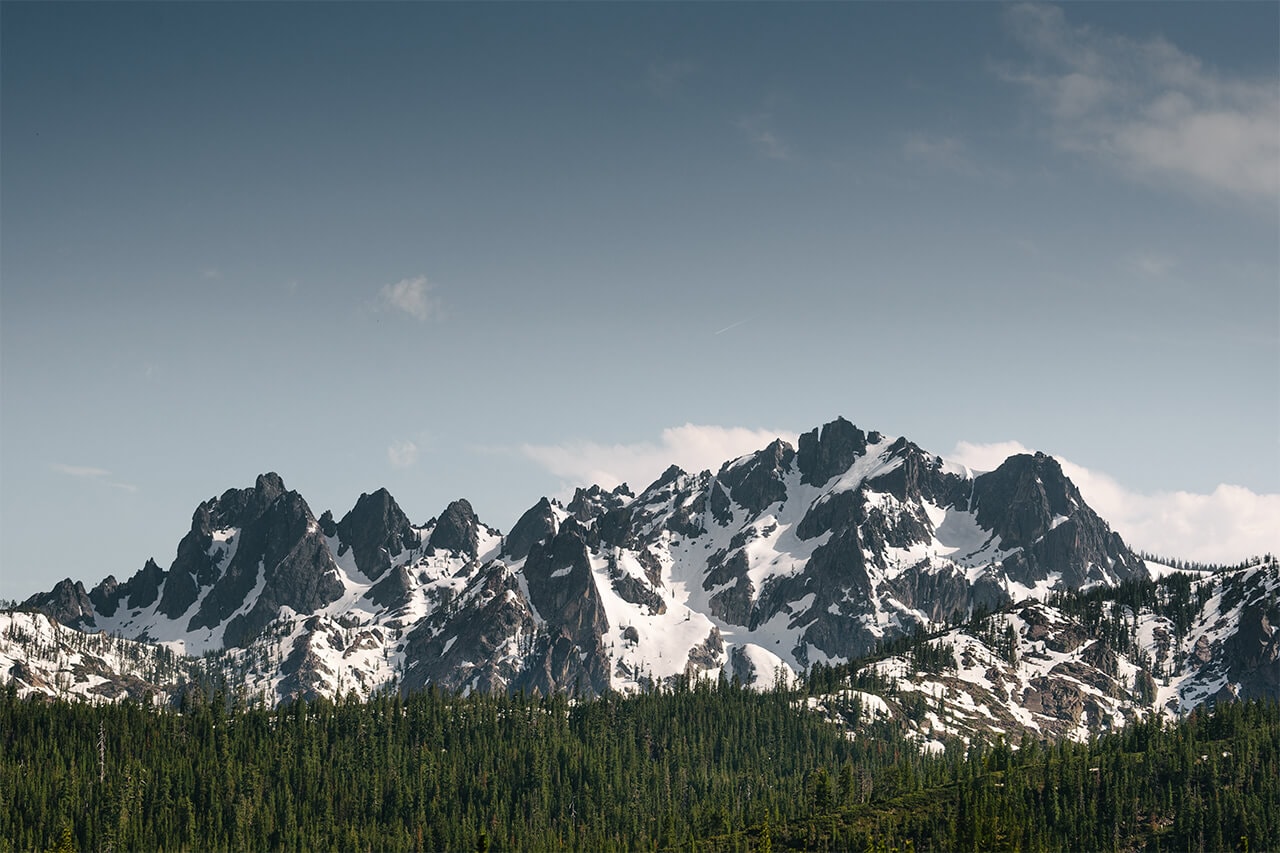 Imagine filling a bottle with pure spring water coming out of a pipe, then following that water downhill for the next 18 miles on a historic, rugged backcountry trail. You parallel the water as it emerges into a raging creek with emerald blue pools, waterfalls, and bedrock swimming holes. It’s a trail that was one of the very first routes to supply gold rush prospectors in their quest for riches. That trail is Lavezzola Creek trail, one of the many historic trails surrounding the storied gold rush town of Downieville, California. As one of the oldest trails in the Downieville Trail Network, Lavezzola Creek trail was officially adopted by Shimano in 2019 in partnership with the Sierra Buttes Trail Stewardship (SBTS) and the Tahoe National Forest – Yuba River Ranger District. To help engage the public with these historic trails that are in need of regular maintenance, SBTS runs an Adopt-a-Trail program, where partners and supporters can contribute money and volunteer hours in this rugged and remote part of California's Northern Sierra Nevada range. 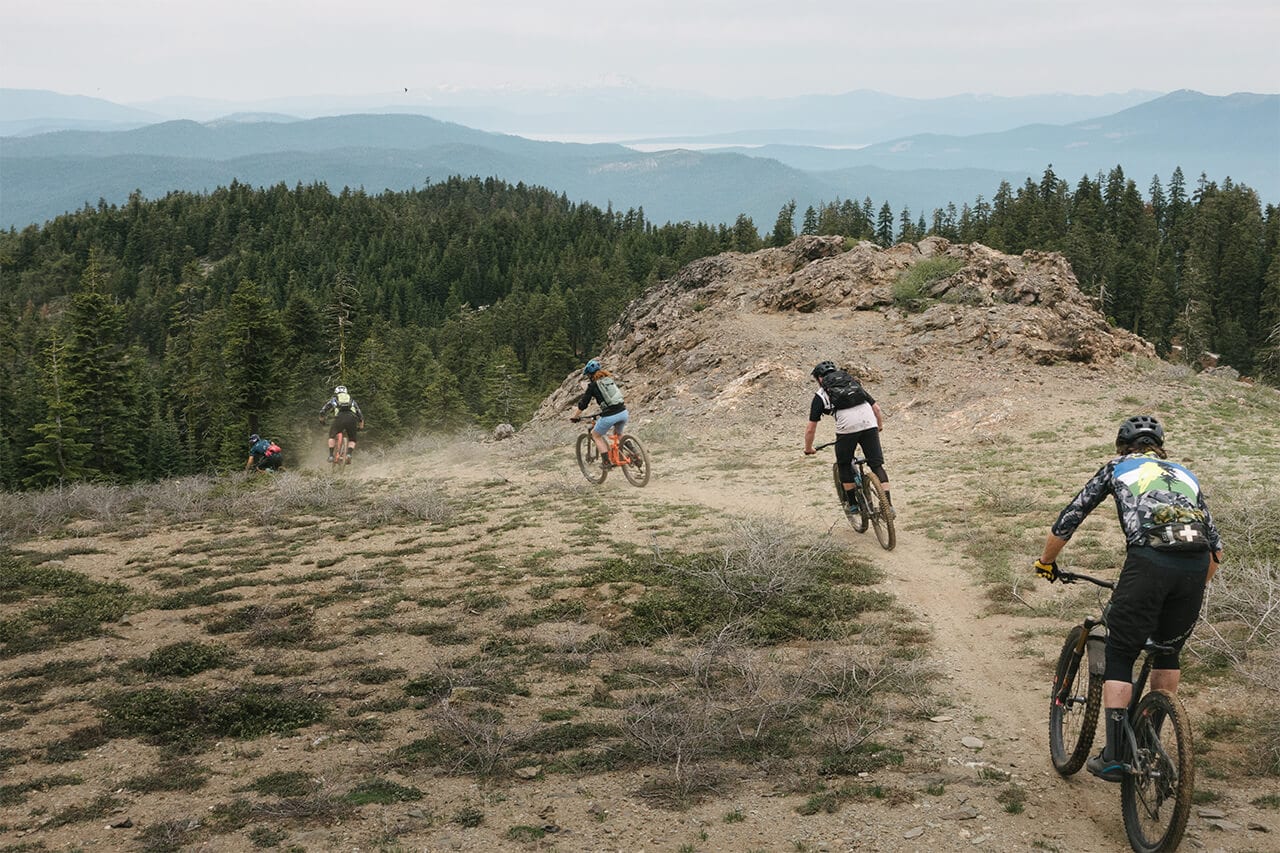 Shimano staff and employees from Modus Sports Group, Roseville Cyclery, Tahoe Sports LTD and Paco's Bike and Ski in Truckee recently joined SBTS for a day of trail work on Shimano's newly adopted trail. The plan was to do brushing, benching, and drainage work on the first three miles of singletrack, giving it some much needed love. 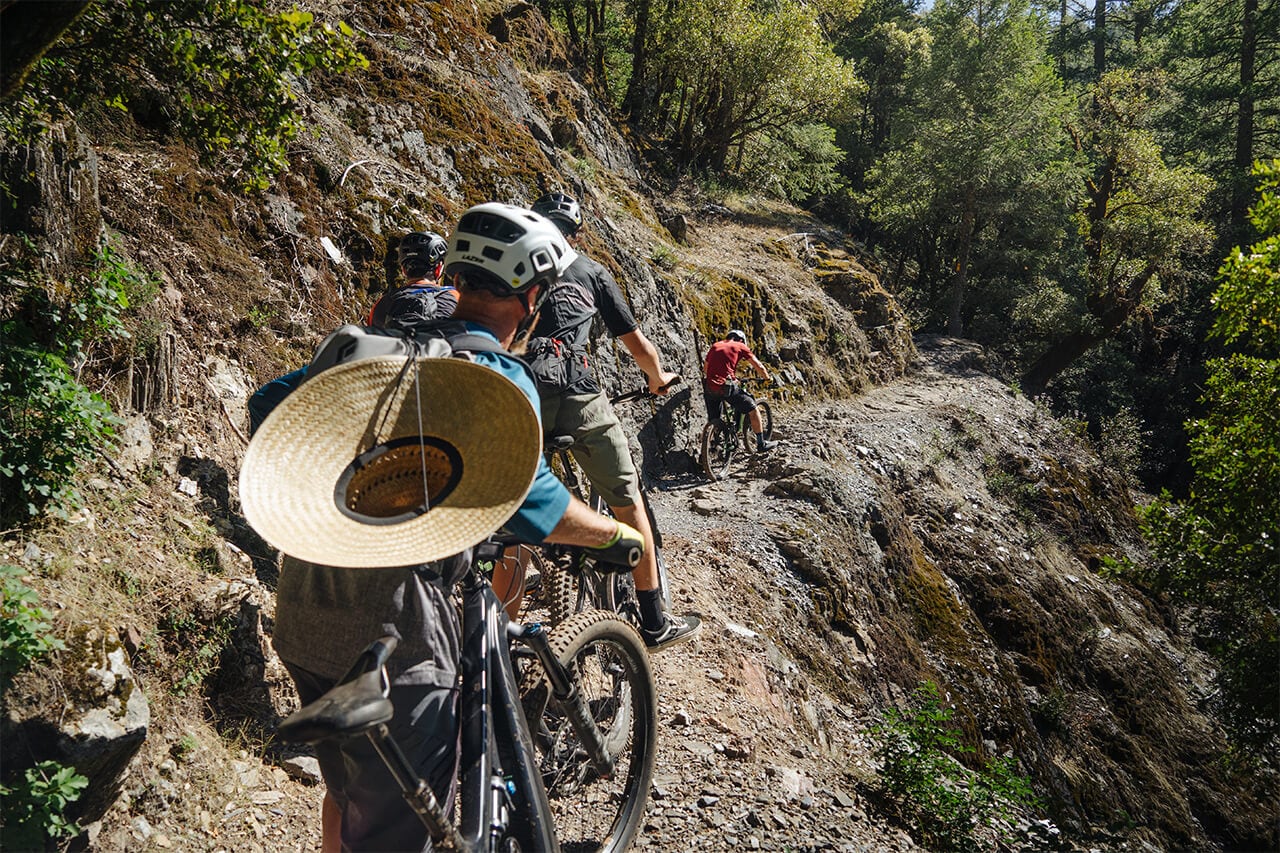 One of the challenges of getting work done on Lavezzola Creek is the trail's remoteness. It starts approximately eight miles up a rugged dirt road from Downieville, requiring a capable truck to get workers close enough that they can carry in tools without hiking too far. But having people hike takes up valuable time, and by the time workers get to the work area, the day is already half gone. Enter the usefulness of e-bikes. 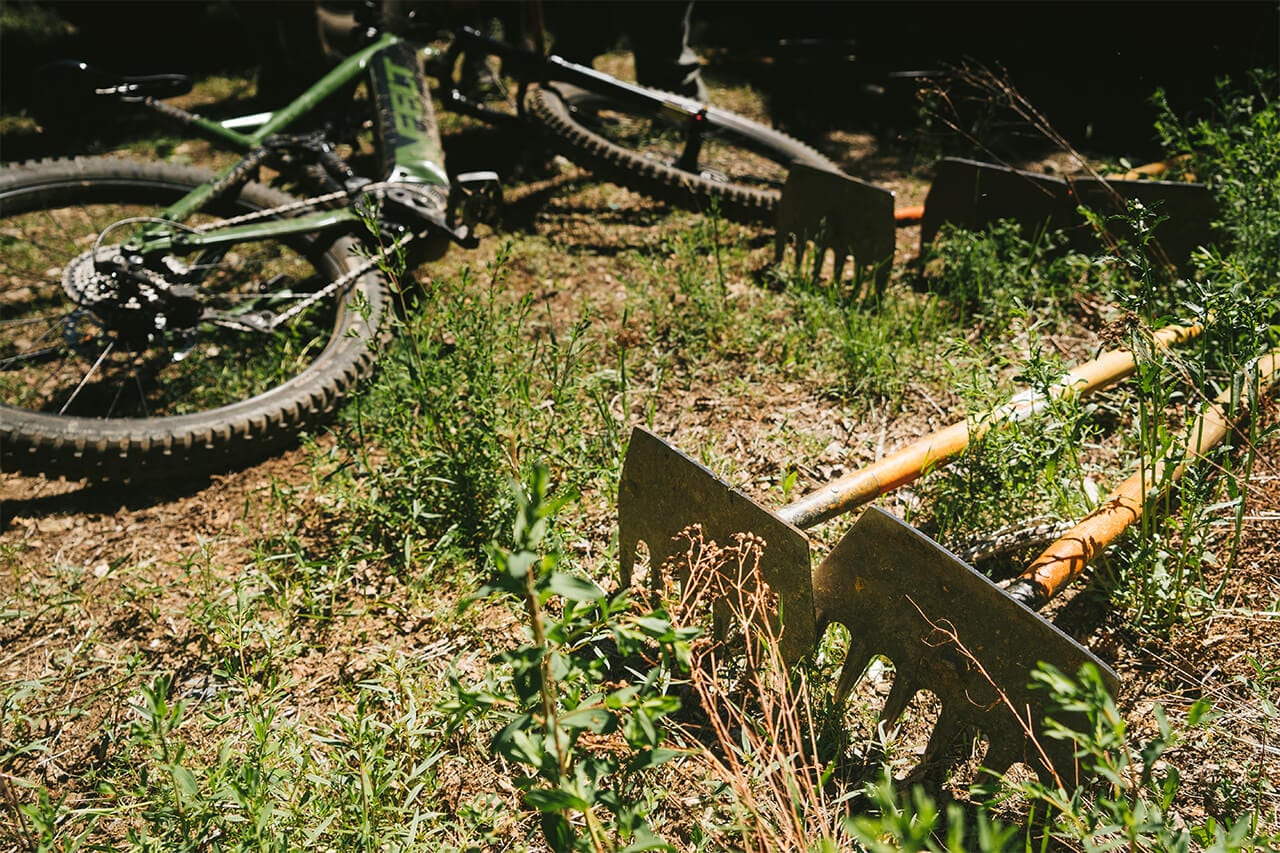 Because almost all the trails surrounding Downieville date back to the gold rush, virtually every trail is OHV-legal and opened to both motorized and non-motorized use. This OHV-legal status is critically important to SBTS, as the non-profit organization applies for California OHV grants, keeping the SBTS professional trail crew employed year-round. 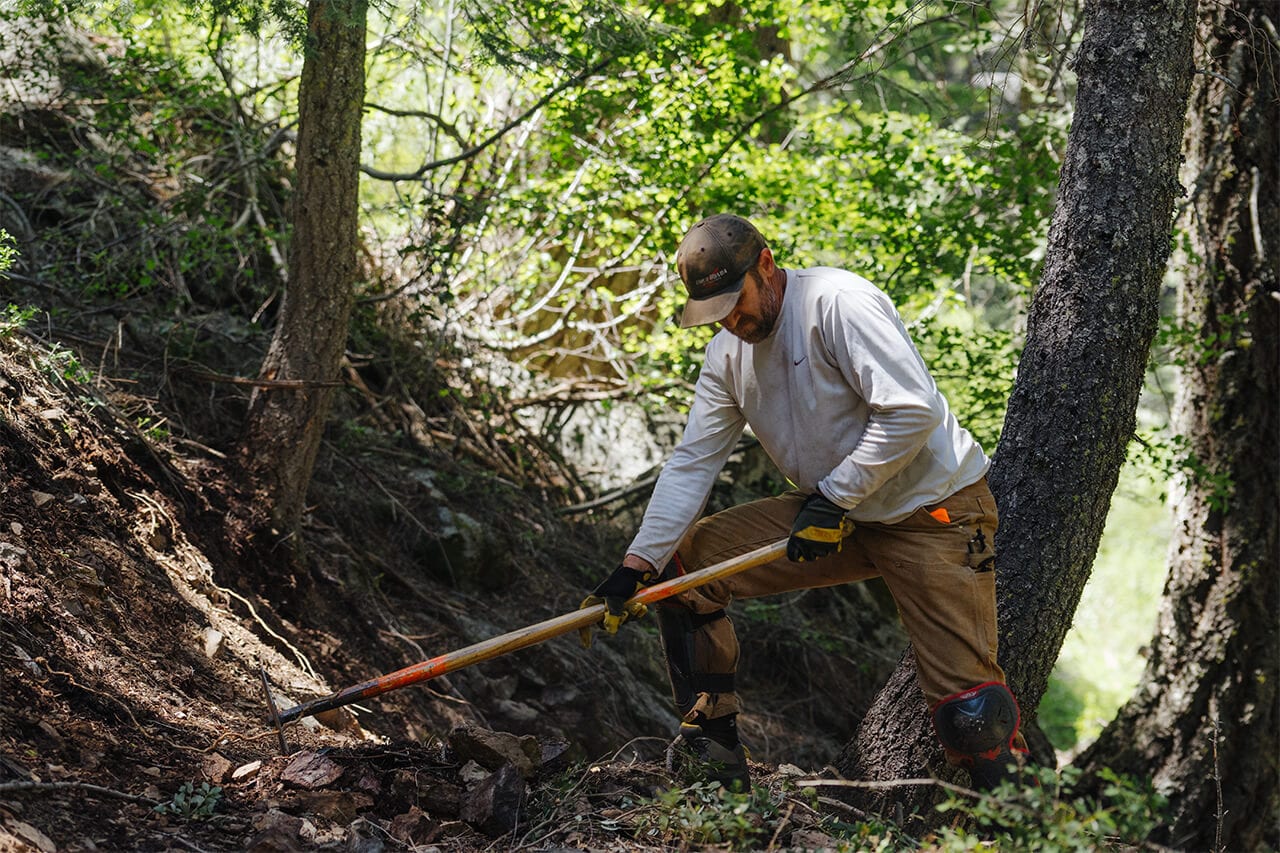 By putting 10 people of varying fitness levels on Shimano STEPS e-bikes, volunteers rode together to the work zone, climbing more than 1,500 vertical feet in half the time it takes on mountain bikes while exerting less than half the energy, allowing more trail work to be conducted in less time. For some folks, it was their first experience on an e-bike, and the e-bike's usefulness was evident at the end of the day when the crew completed nearly three miles of trail work in less than four hours, pedaling a total of nearly 20 miles out to the work zone and back. 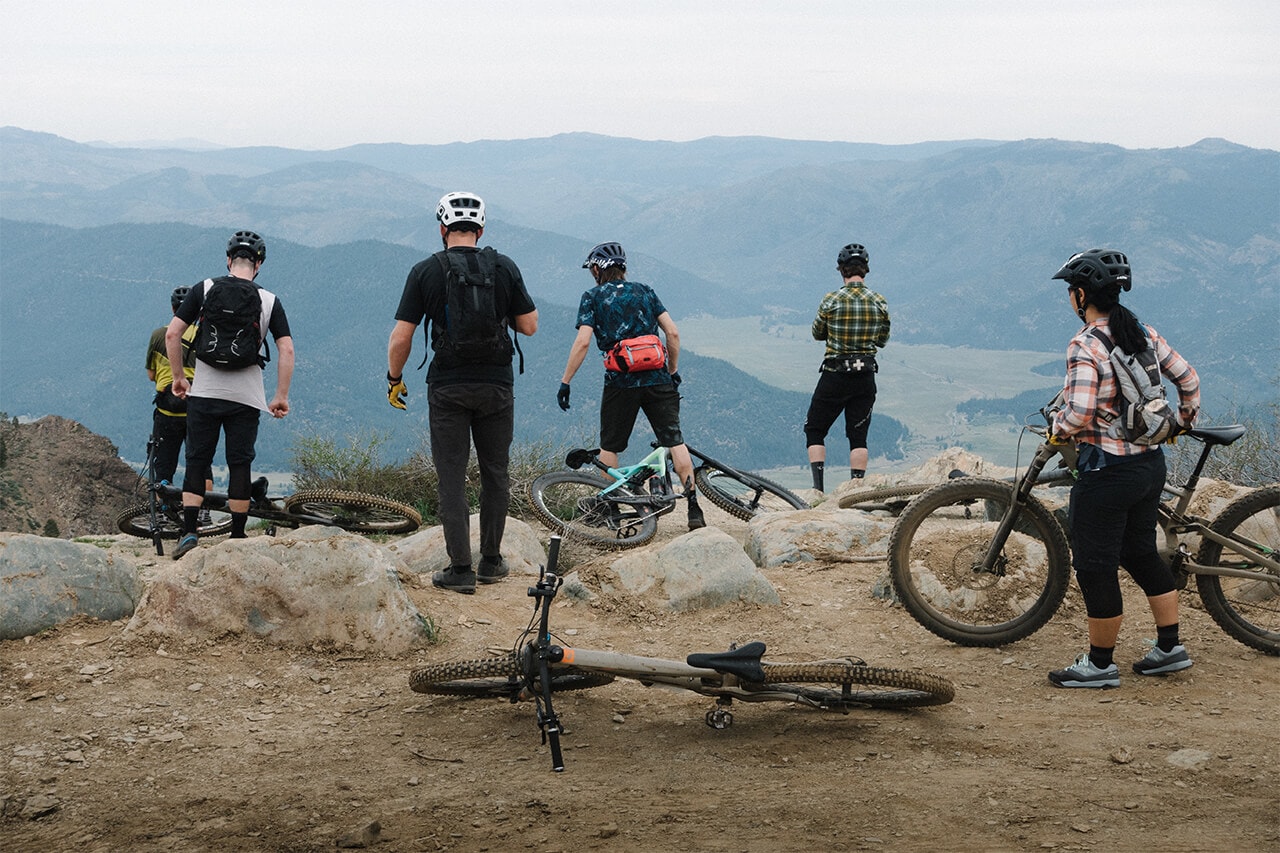 Connecting people with the outdoors is at the core of both the mission of Shimano and SBTS, and utilizing the latest in e-bike technology not only helps more people reach remote and beautiful parts of our public lands, but also enables them to give back in the form of trail work. And a place like Downieville with hundreds of miles of backcountry trail is perfectly suited for the development of electric power-assisted backcountry recreation. 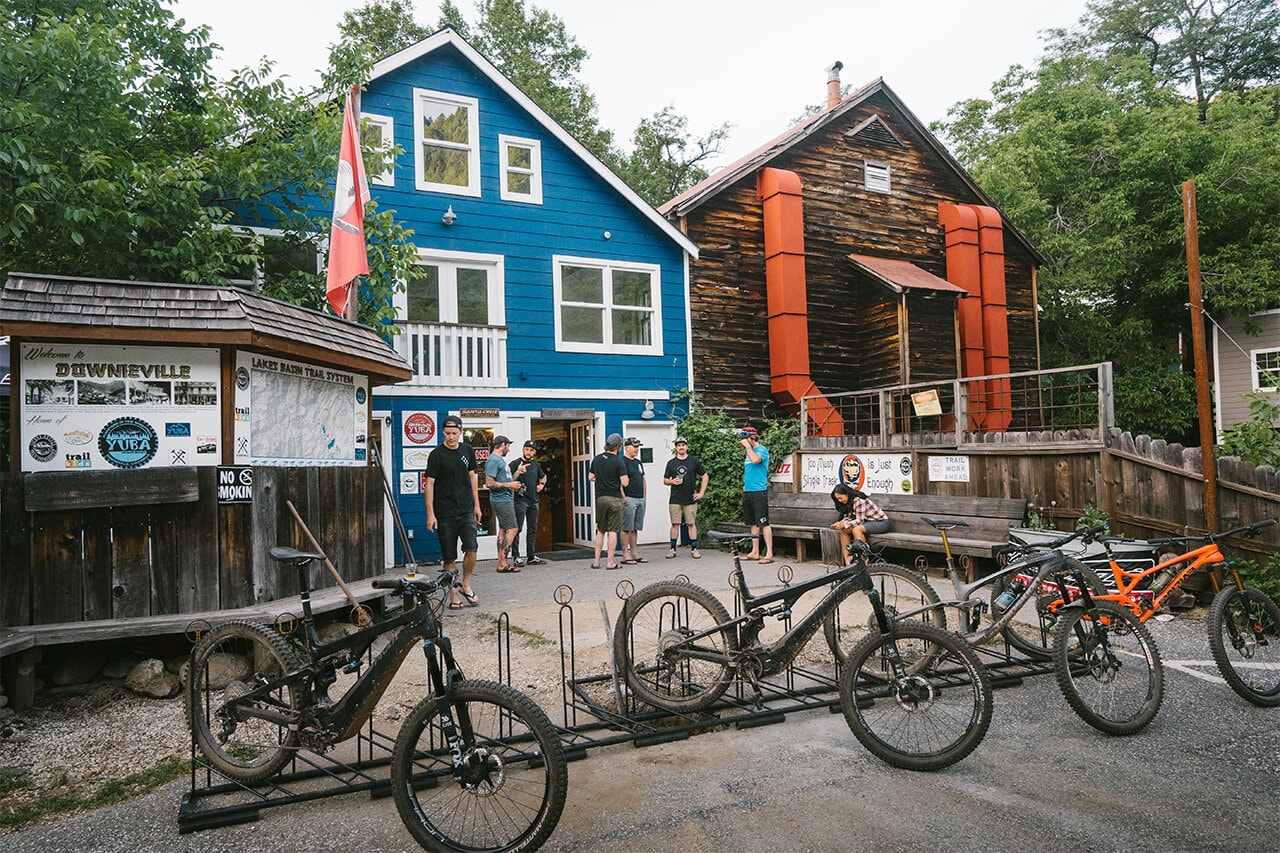