DEORE XT M8050 Di2 will be making it's debut on the bikes of four Shimano athletes all chasing their first solo BC Bike Race victories.

Spencer Paxson and Cory Wallace of Kona Bikes, along with Stephen Ettinger of Focus and Quinn Moberg of Rocky Mountain have all jumped at the opportunity to ride pre-production XT M8050 Di2 throughout the 7-day stage race through British Columbia.

Stephen & Spencer all smiles after getting their bikes set up with XT Di2! Shimano athlete and Kona Endurance Team rider Spencer Paxson is coming off a season with full momentum, being named to the US National Team for the 6th time. He will be participating in the MTB XCO World Championships in the Czech Republic days before the BC Bike Race. Only four elite racers qualified for the event for the US Team.

Paxson will be looking to make a strong conclusion to his XCO campaign for 2016, which has seen him competing around the world since April in the quest for an Olympic berth. He came up short on the Olympic chase, but will still look to improve on his impressive performance from Worlds in 2015, where he rode from 114th on the start loop to finish 40th, putting in top-25 lap times along the way. 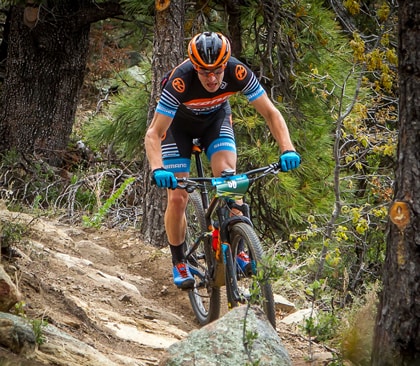 Cory couldn't be reached for comment as he was off the radar in the wilderness training for his first solo BC Bike Race victory. Quinn is a 22-year-old cross-country mountain bike racer from Squamish BC. This will be Quinn’s third time racing the BC Bike Race, having won the team category in 2014 and fourth place finish in the solo category in 2015. He will be racing on the recently launched 2017 Rocky Mountain Element T.O. with a team build. Quinn is most at home shredding the trails of coastal British Columbia on his Rocky Mountain Element, but also rides a Rocky Mountain Instinct 999 MSL for more aggressive trail riding. Coming off a victory at the final edition of the Test of Metal, the prestigious Squamish marathon race, Quinn is looking forward to the week of racing ahead. This’ll be my first rodeo at BC Bike Race… its legendary, and I’m so psyched to be a part of it. I’m not totally sure what to expect, I’ve never done any stage racing, and only a little bit of Marathon stuff, so this is going to be a total trip, and experience I’m really excited about. It’s going to be new, refreshing and cool to be a part of this community. This is the kind of riding that I’ve grown used to over the past year living in Bellingham, and spending time up in Vancouver on the North Shore. Its inspiring, super fun, technical riding. I love it! I’ll be on Focus’s new O1E full-suspension race rig, which has so far been the most fun, confidence inspiring, reactive, and balanced XC bike I’ve ever ridden. I think it’ll handle this terrain really well. The new XT Di2 is just so cool! I love the XTR Di2 for World Cups, the shifting is always just perfect, no matter the conditions. But I think the XT is absolutely going to be the ticket for BC Bike Race. Having a bigger gear range over longer days and more varied terrain will be clutch, especially as we get deeper into the week. I ride XT brakes on my trail bike at home, and I know they will be perfect for the longer descents. I’m really confident in the setup I’m setting out on this journey with, it should be an incredible week! An epic first day of racing finished with all the four Shimano athletes on XT M8050 Di2 finishing in 1st through 4th place! Day 3 of racing marked the longest mileage day of the race. The 36 mile day found Quinn Moberg back on the podium after his team victory at the BC Bike race last year. Cory Wallace encountered some issues with his rear wheel that resulted in a six place finish in the day, setting him back a few minutes behind Stephen Ettinger who earned the leaders jersey with his consistent racing. Spencer Paxson finished close behind for third on the day. Cory Wallace fought back on day 4 with a powerful day on the saddle, finishing three minutes ahead of Spencer Paxson and Stephen Ettinger. Wallace is now less than a minute back overall from the leader's jersey. Will he earn it back tomorrow?

A strong day on the saddle for Cory Wallace as he fought hard to cut down some of the time he lost on Stage 3 with mechanical issues. Spencer Paxson remains in the leaders jersey by just 22 seconds. 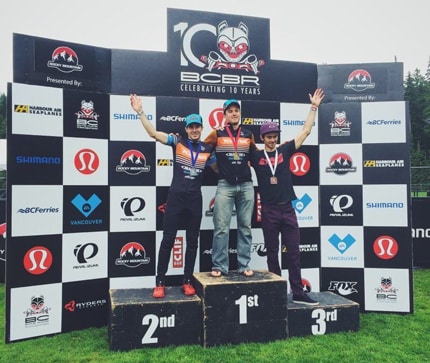 Stage 6 marked a special day at the BC Bike Race, as stage through Squamish has always been a racer favorite. However, this day was also special as it's noticed as "Shimano Day." This year on Shimano day we announced the debut of our newest high-end MTB Racing shoes, the XC7. 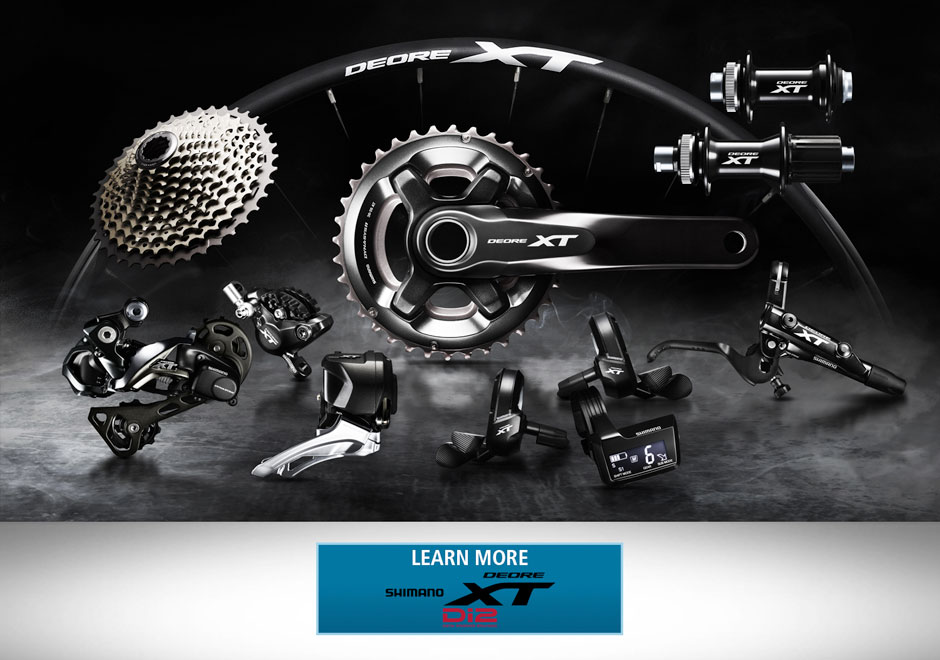