Shimano and Yeti have a very long rich history together and we are excited to keep the relationship going. As always Yeti continues to keep their finger on the pulse of the race scene and we look forward to the upcoming season along-side a great team of riders and simply just a great brand. It’s especially exciting to see female Enduro rider Anne Galyean being added to the National team! We have worked with Anne over the last season and are excited to be working with her on a more official level.

Four years as an Enduro World Series team and chasing its fourth consecutive world champion title, Yeti Fox Factory Team continues to defy odds and expectations. Led by two-time EWS Champion, Richie Rude the 22-year-old junior downhill racer turned Enduro phenom, will enter the 2017 season pursuing his third consecutive Enduro World Championship title. Rude will be joined by Cody Kelley who will be entering his second year on the team. Both riders will focus on the EWS international race circuit.

The national team roster adds in a handful of new-comers including Jubal Davis, Shawn Neer and women’s pro-rider, Anne Galyean. Race veteran and Yeti employee, Chris Heath will also return to the team. The U21 team line up adds in a strong contingent from California - Duncan Nason and Paul Serra. Racers on the national team will focus mostly on regional races in the Rocky Mountains as well as a few of stops on the EWS circuit.

"Racing is integral to our brand and the cornerstone of our product development," said Chris Conroy, Yeti Cycles president and co-owner. “We've been fortunate to have some of the best racers in the world on our program over the years and have high expectations for this year's team." The Yeti Fox Factory Team continues to thrive with the support of many dedicated and generous sponsors that offer high-performance products and services able to endure the most grueling race tracks in the world.

“Our sponsors are instrumental to making this team tick,” said Damion Smith, Yeti Cycles team manager. “Each company we partner with serves a crucial role. As we chase our fourth consecutive Enduro World Championship title, we know they will continue to be as important as ever.”

Yeti Fox Factory Team will kick off the season on the EWS circuit at the first stop in Rotorua, New Zealand at the end of March. 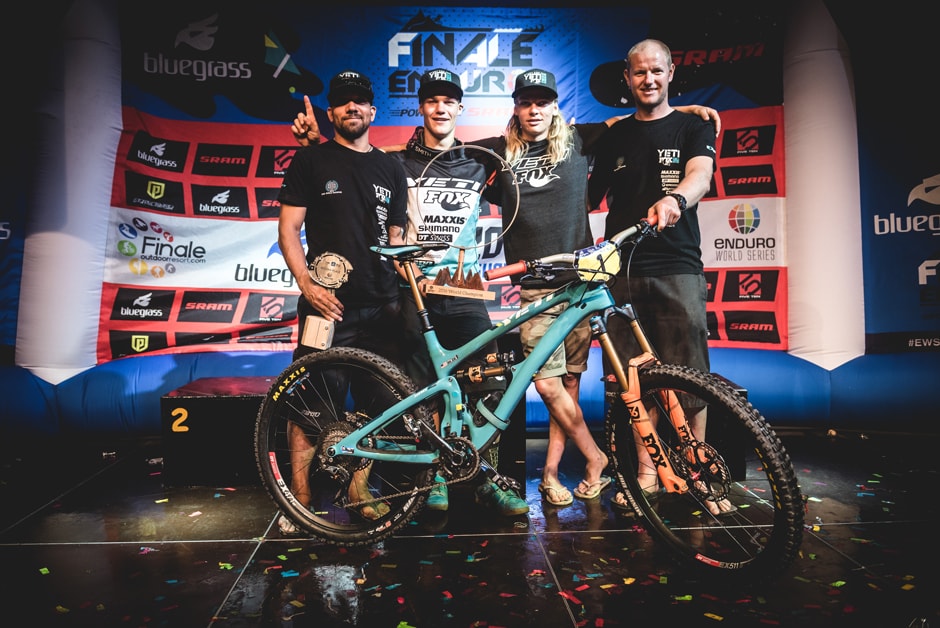