Join us for this episode of Ride Shimano Radio, also available on iTunes and your favorite podcast apps.

The GT Factory Racing team stopped by our North American headquarters in Irvine, California while the group was in town for their spring training camp held in Temecula, CA. The newly-formed team was given a tour of our business center, warehouse and distribution center then settled up to record an episode of Ride Shimano Radio. 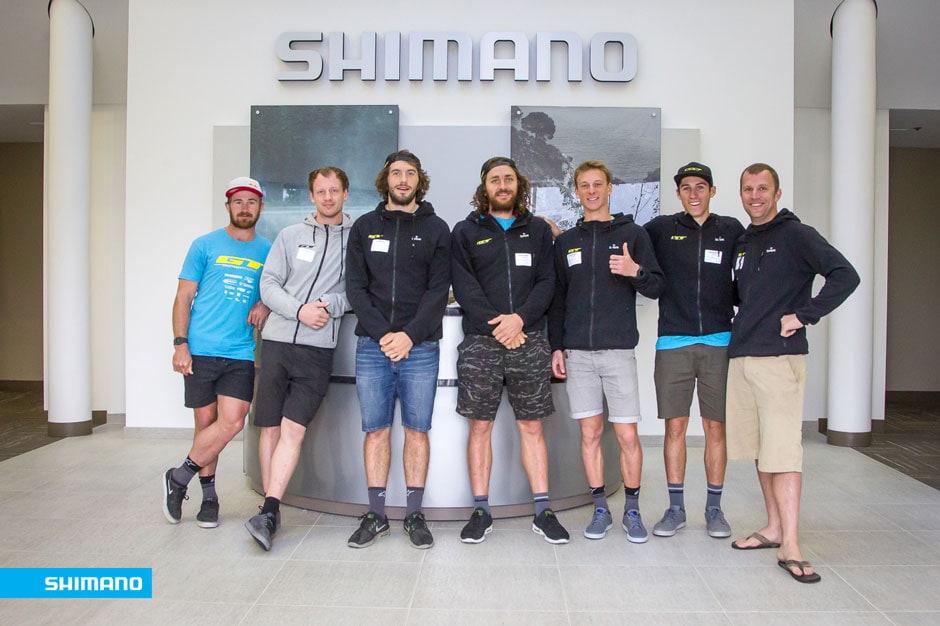 The team is made up of a mix of proven young and veteran riders competing in the UCI Downhill circuit & Enduro World Series. Wyn and Brook check out the distribution center.

If mountain biking ever doesn't work out, we think these guys can fall back on entertaining. The team chemistry was quickly felt in the room, with plenty of friendly banter among the racers. Wyn and the rest of the "big brothers" (Sam and Brook) shared some of the pranks they've been playing on Jackson, the lone Junior on the team. 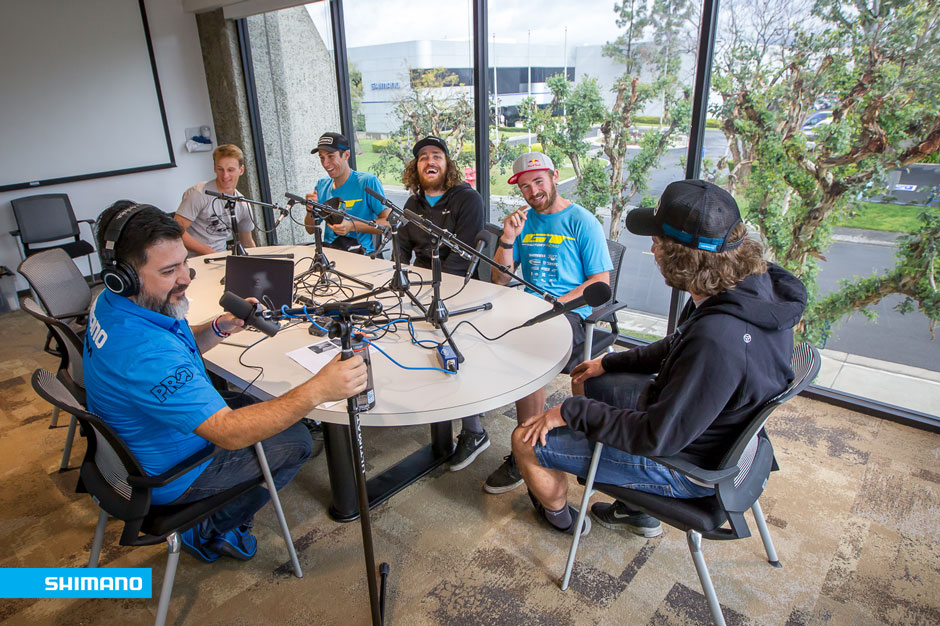 Special guest Hans Rey joined in on the fun. Has has been apart of the GT and Shimano family during his entire 30 year mountain biking career. Hans filled in the group on some of his upcoming trips and projects, including work on his charity Wheels For Life. 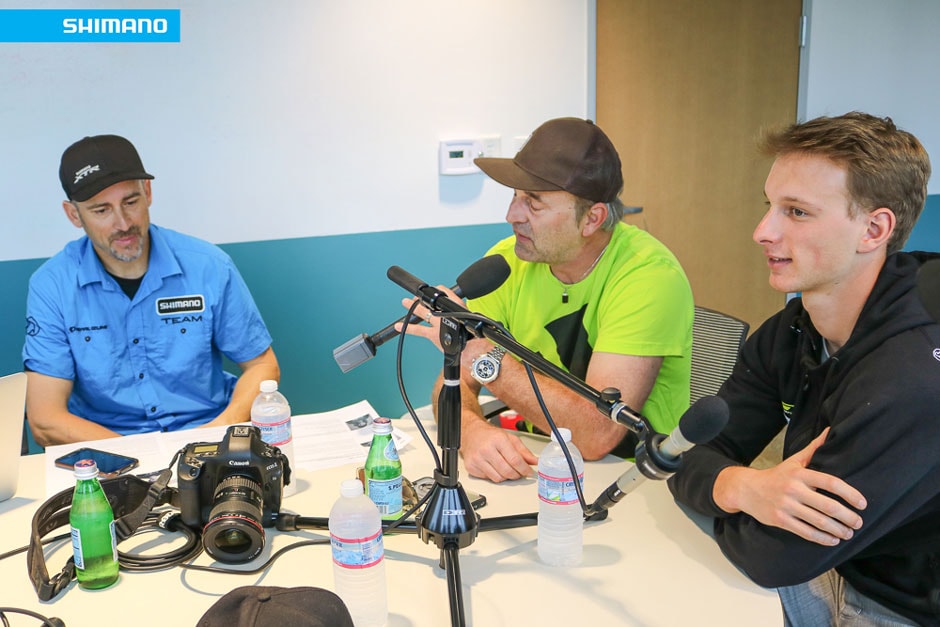 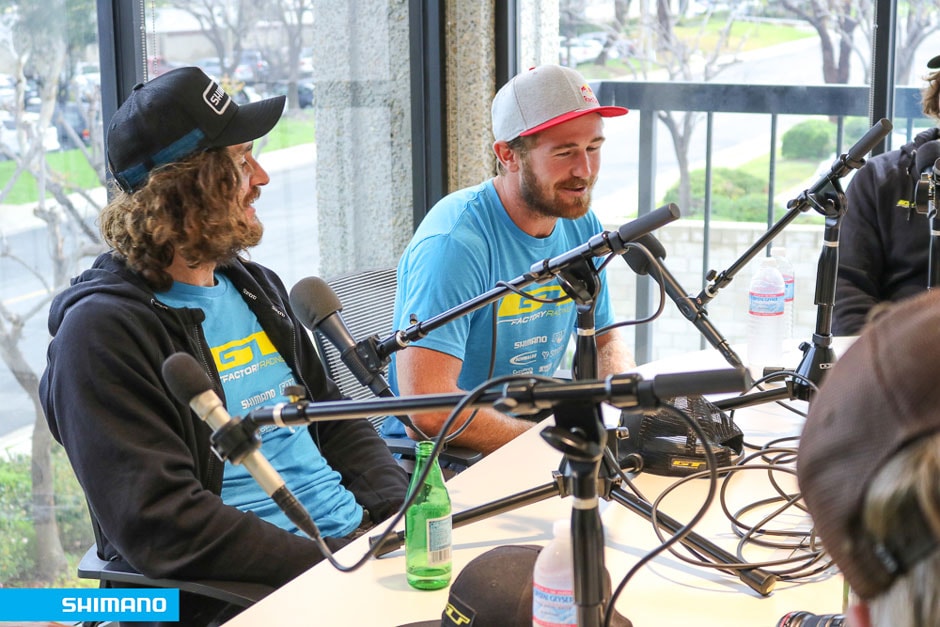 Wyn Masters and Brook MacDonald were happy to be re-united as teammates on GT Factory Racing. The duo has known each other for many years, not only as competitors but as friends as well.


Wyn's "WynTV Wheelie Wednesday" was a topic of discussion. We're looking forward to what he has up his sleeve this season. Take a look at his 2015 highlights here. 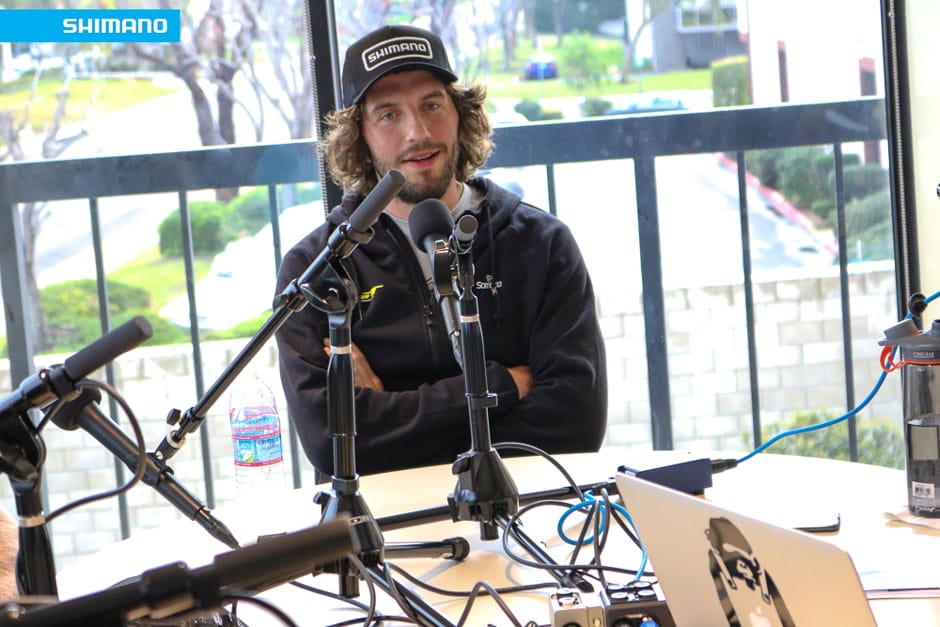 "I didn't really decide, it just happened." - Sam Dale on how he decided to start racing bikes.

After the team's Ride Shimano Radio debut, Mountain Bike Marketing Manager Joe Lawwill joined by Mountain Bike Product Manager Jason Halvorson and Hans Rey took the team out to experience some of the local Laguna Beach trails. The trails were perfect after a light day of rain in Southern California. 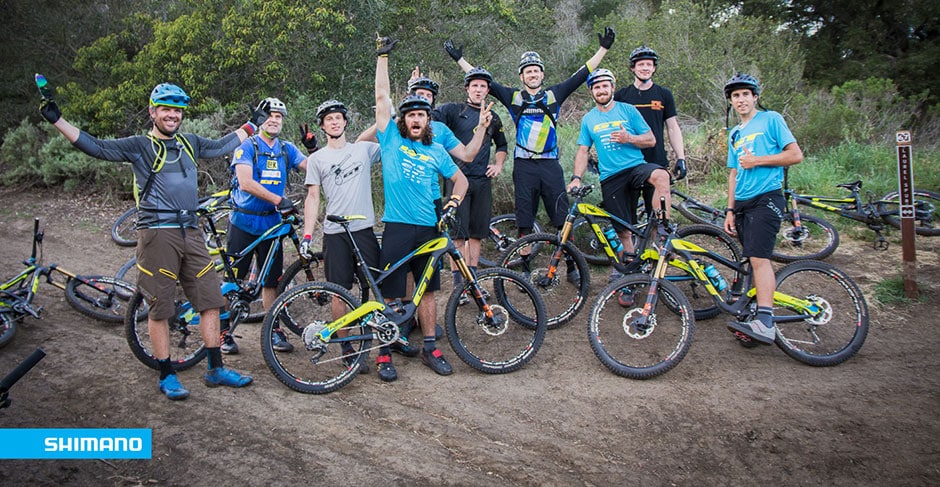 Brook "The Bulldog" and Jackson show off some of their battle scars. 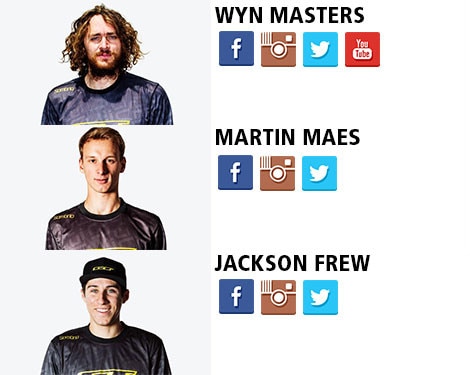