Shimano XT From the Beginning

A look back at mountain biking innovation

While still a young sport compared to pastimes such as baseball or road cycling, mountain biking is flush with heritage. It’s full of tradition and innovations that burst to life thanks to a few riders willing to push the limits several decades ago. Many mountain bikers look back with reverence on the early pioneers of Marin County, and the modified cruisers they used to explore and race down the trails of Northern California. We pore over old magazine articles extolling the virtues of the latest bike (they all seemed to climb ‘like a mountain goat’ back then). And, especially, we think back on our first mountain bike and what made it so special. For many of us, it was a step back in time to our first bikes, the days of summer vacation, skinned knees, and the power of childhood memories. 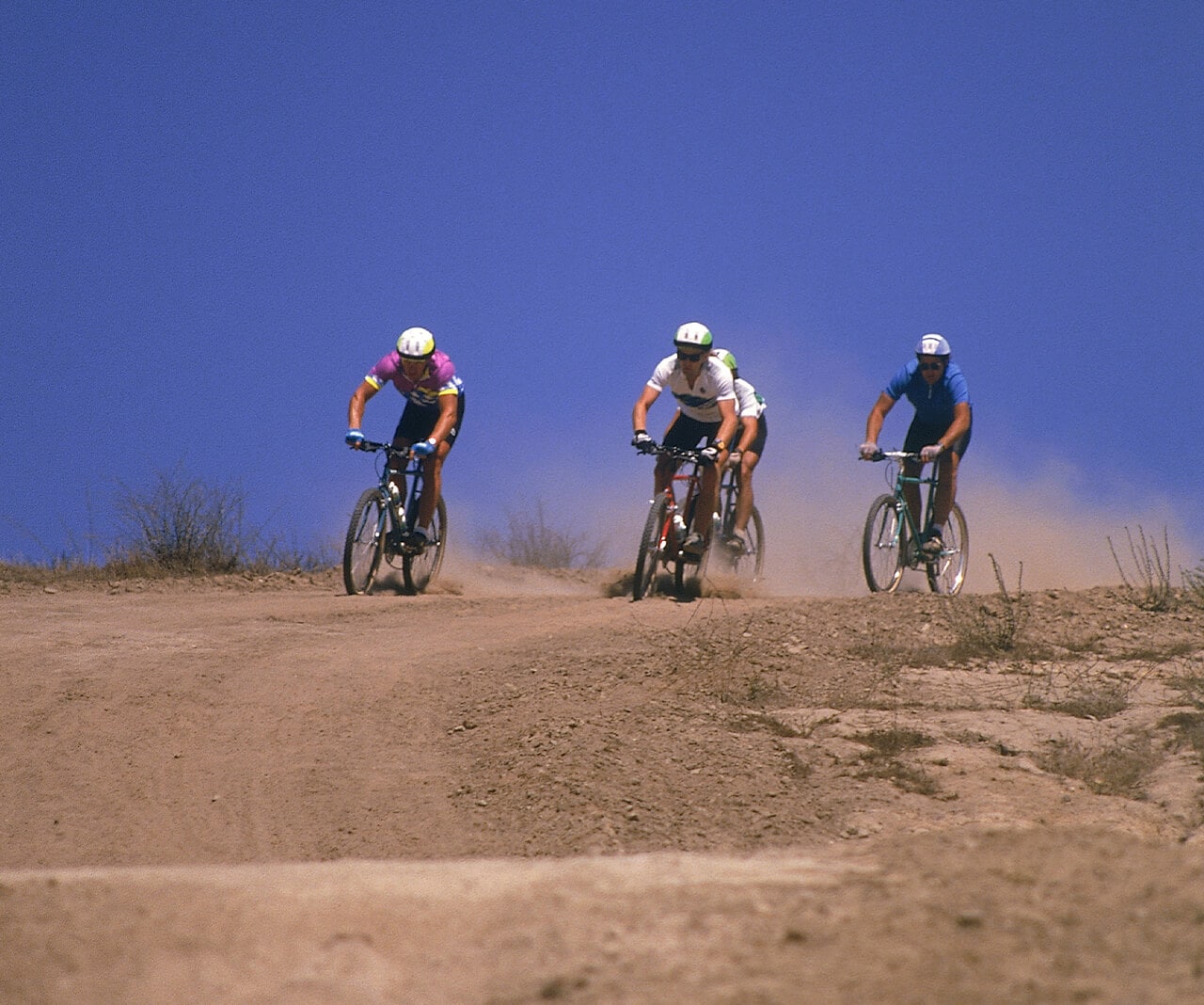 The early days of mountain biking came about with a small group of fun-seeking do-it-yourselfers, whose ingenuity was surpassed only by their motivation to pursue new ways to enjoy their bikes. It was a short path from modifying cruisers for themselves to making them for friends. A new sport took flight, as new sports do, based on the pursuit of fun and a knack for innovation. No surprise, then, that shortly after the first mountain bikes showed up on shop floors, demand appeared for products designed specifically for mountain biking. It didn’t take long for the fledgling fat-tired crowd to use these new bikes to ride deeper into the hills, forests, and backcountry roads, creating a need for bikes that surpassed the capabilities of the original klunkers. 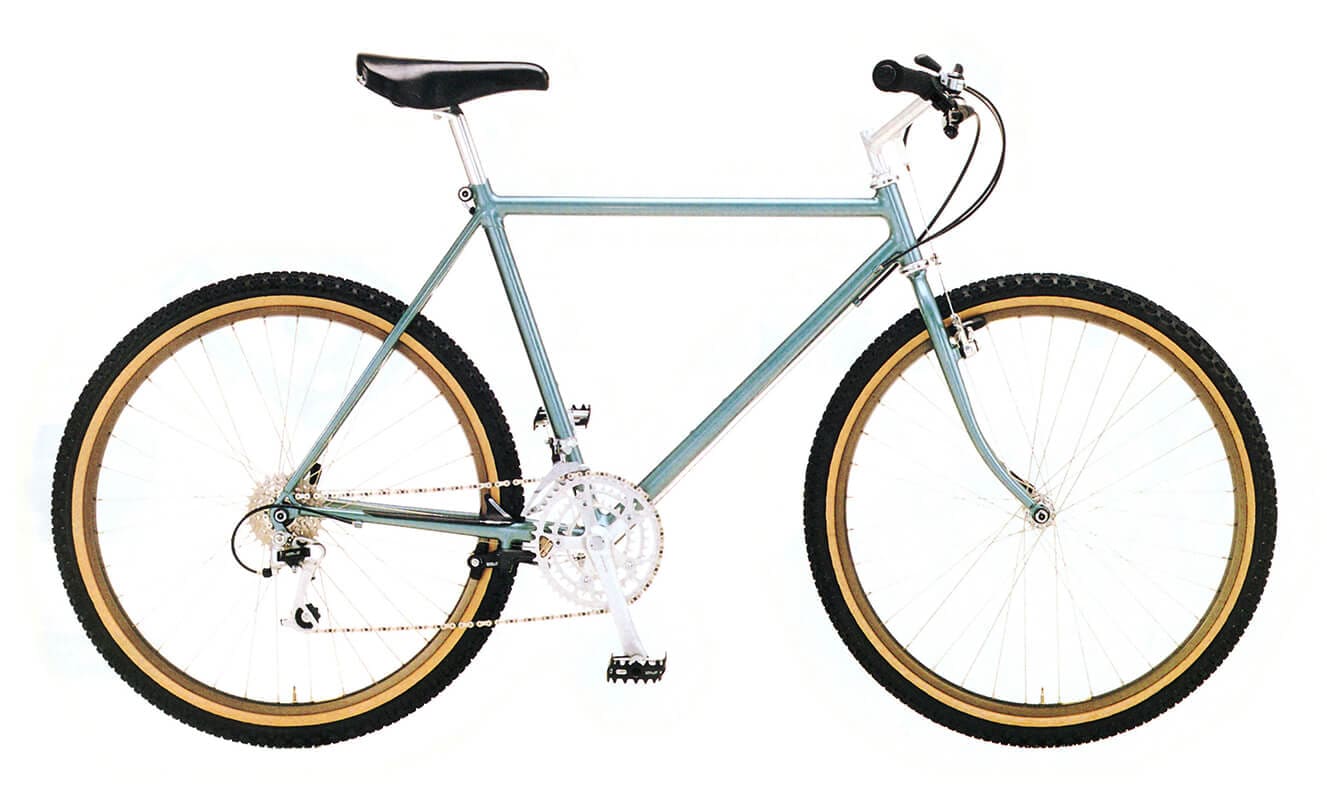 In 1982, Shimano introduced the first component group designed with the unique needs of mountain biking – and mountain bikers – in mind: DEORE XT. A few years earlier, the Shimano family got wind that mountain biking was coming in a big way, and that it would require special componentry that didn’t yet exist: wider ranges of gears, easier to reach shifters, and more powerful brakes were all on the mountain biker’s wish list as the 1970s gave way to the 80s. Designed over several years by a team of engineers with input from MTB founders and bike designers like Tom Ritchey and Gary Fisher, DEORE XT was Shimano’s first response to the emerging sport of mountain biking. It was a big success, but it was only the first step en route to a steady stream of advancements that would help chart a course for mountain biking over the next few decades.

The first DEORE XT group carried the model name M700 but is also known to many as the Deerhead Group thanks to the logo that graced its release. The Deerhead didn’t continue into the next generation, but it likely wasn’t missed as riders were more excited about SIS (Shimano Indexed Shifting) which was introduced to DEORE XT four years into its tenure. As mountain biking quickly gained steam, the innovations started to pile up and Shimano cranked up the pace. As if on a numerical cue, 7-speed XT SIS was introduced in 1987, along with the iconic top mount thumb shifters and an innovation that has had a massive and enduring impact: Shimano Pedaling Dynamics, or SPD.

SPD was the first clipless pedal and shoe system designed for off-road riding. Early adopting mountain bikers breathed a collective sigh of relief as they could stop using their awkward clipless road pedals and shoes on dirt roads, giving them the ability to hike with their bikes and carry them through difficult terrain – or just get from the car to the coffee shop without ridicule. Unfortunately, baggy shorts took much longer to gain favor with mountain bikers…

Also introduced in 1987, HYPERGLIDE (HG) brought different tooth shapes and shift ramps into the rear cassette. This allowed the chain to mesh with the newly selected sprocket before being released from the old one, resulting in smoother, faster, and quieter shifting up the cassette. Although a smaller and less perceptible innovation to the eye than SPD, HYPERGLIDE had a huge impact on shift quality and helped further establish DEORE XT as the leader in mountain bike technology and componentry. 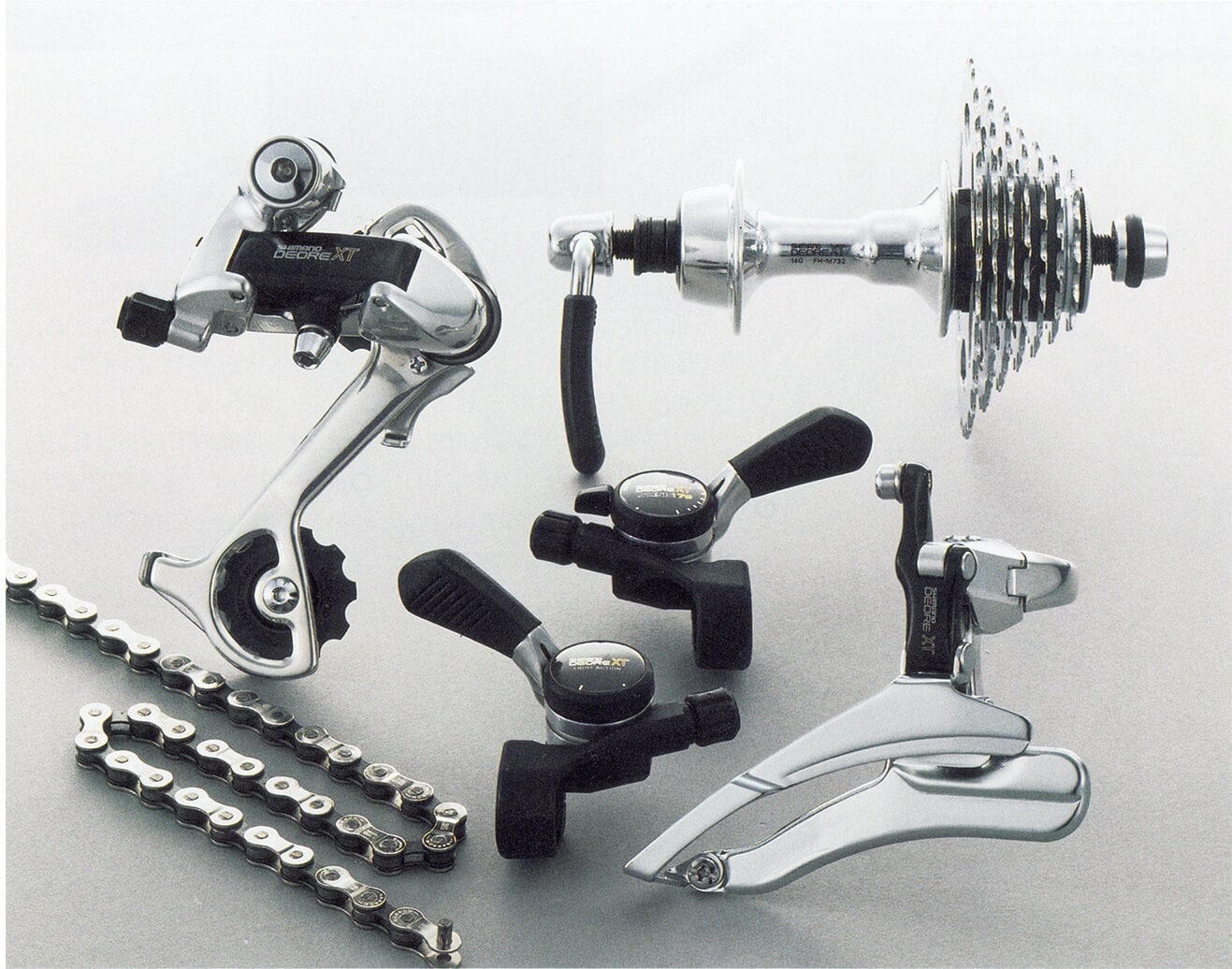 DEORE XT was always designed with mountain bikers in mind, but often benefited from Shimano’s advances with road components. STI (Shimano Total Integration) shifters were a profound innovation for road bikes that solved a similar problem for mountain bikers: shifting from a standing position without moving their hands from the bar. The introduction of STI to DEORE XT allowed riders in aggressive situations to keep a finger over the brake lever and shift at the same time, providing more control which translated to speed on the bike. A new level of shifting performance was adapted from road bikes to the off-road set when Di2 (Digital Integrated Intelligence) brought electronic shifting to DEORE XT in 2016, ushering in a new era of technological control and integration. 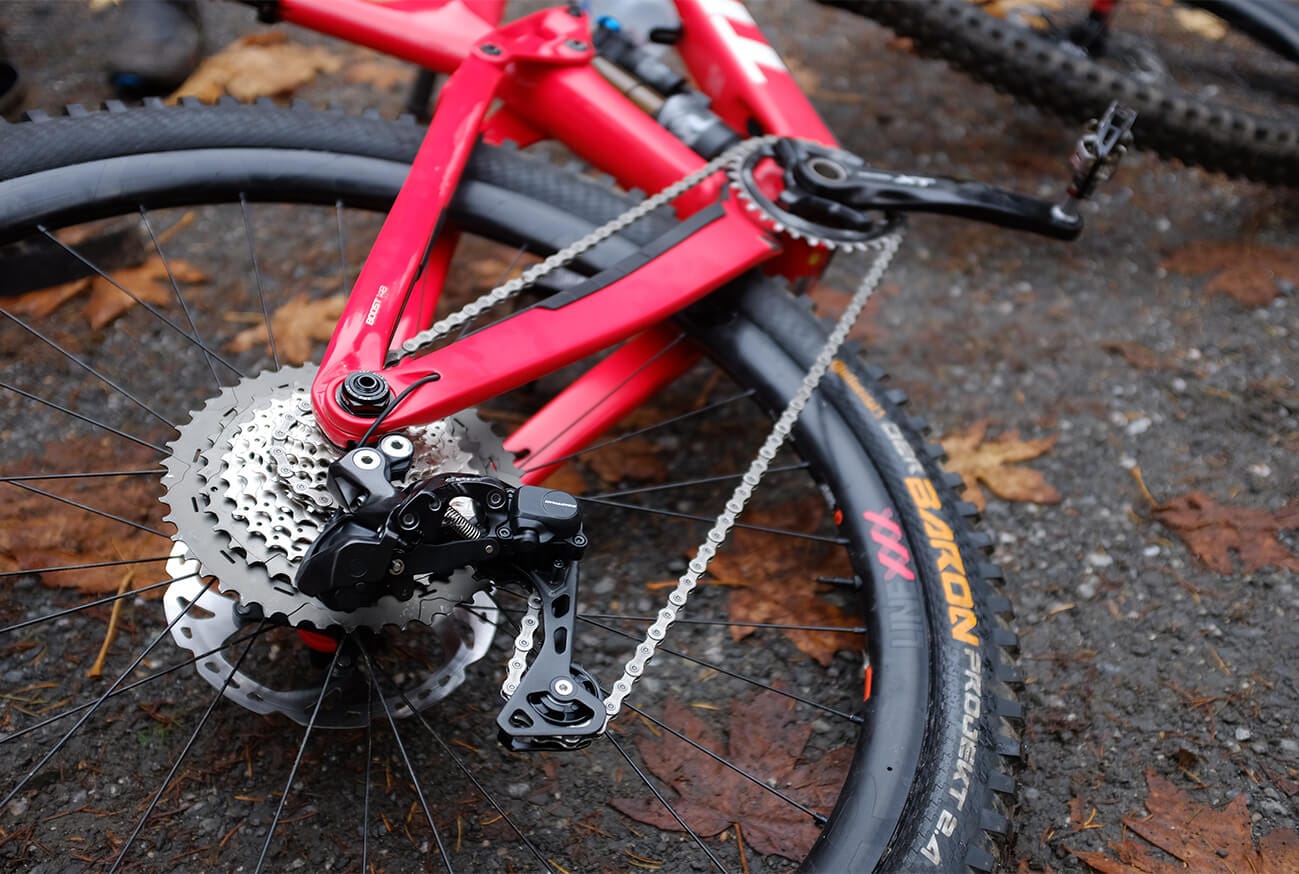 One innovation that did not come from the road side was the popularization of disc brakes, first introduced to DEORE XT in 1999, which opened the floodgates for the eventual domination of discs in mountain bikes in a few short years. From its first iteration, XT disc brakes have come to be known as a reliable standard against which all others are judged.

As mountain biking grew and split into different disciplines, DEORE XT’s position also changed. XTR was introduced as Shimano’s high-end, race-specific group and many innovations are now introduced first with XTR and trickled down to XT in subsequent years. However, XT is still the group preferred by discerning riders who value it as the gold standard of performance, durability, and value – three traits that are difficult to combine in mountain bike componentry. With the release of the newest generation, DEORE XT M8100, this time with a leap to 12-speed  as well as new levels of capability and a cascade of technological advancements, the importance of its impact on the history of mountain biking cannot be overstated. Shimano XT remains one of the most influential brands in the sport. 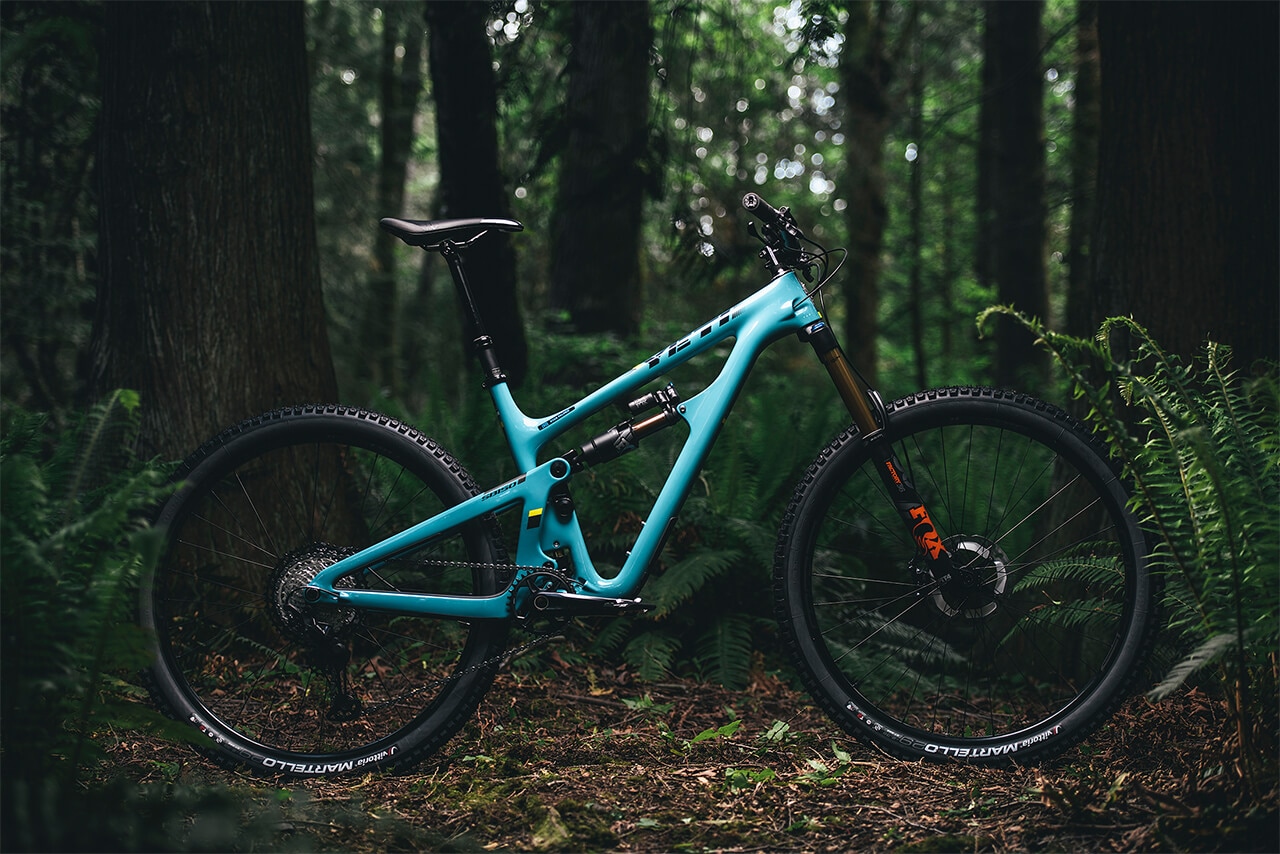