Josie Fouts has very little time for limits. The 29-year-old Ohio native began racing just two years ago, and in that short time, she's already won two US national championship titles on the track. More recently, she set the hour record at the San Diego Velodrome, an impressive feat in and of itself, all the more extraordinary by Josie’s circumstance. She was born without her left hand. Josie views her physical difference as a source of strength. It’s developed her mental toughness, and it’s given her the kind of disregard for limits that allowed her to suffer her way into the record books. It’s helped her realize that there’s little that can stand in her way as she aims to make the US Paralympic Team for the rescheduled 2021 Tokyo Games. 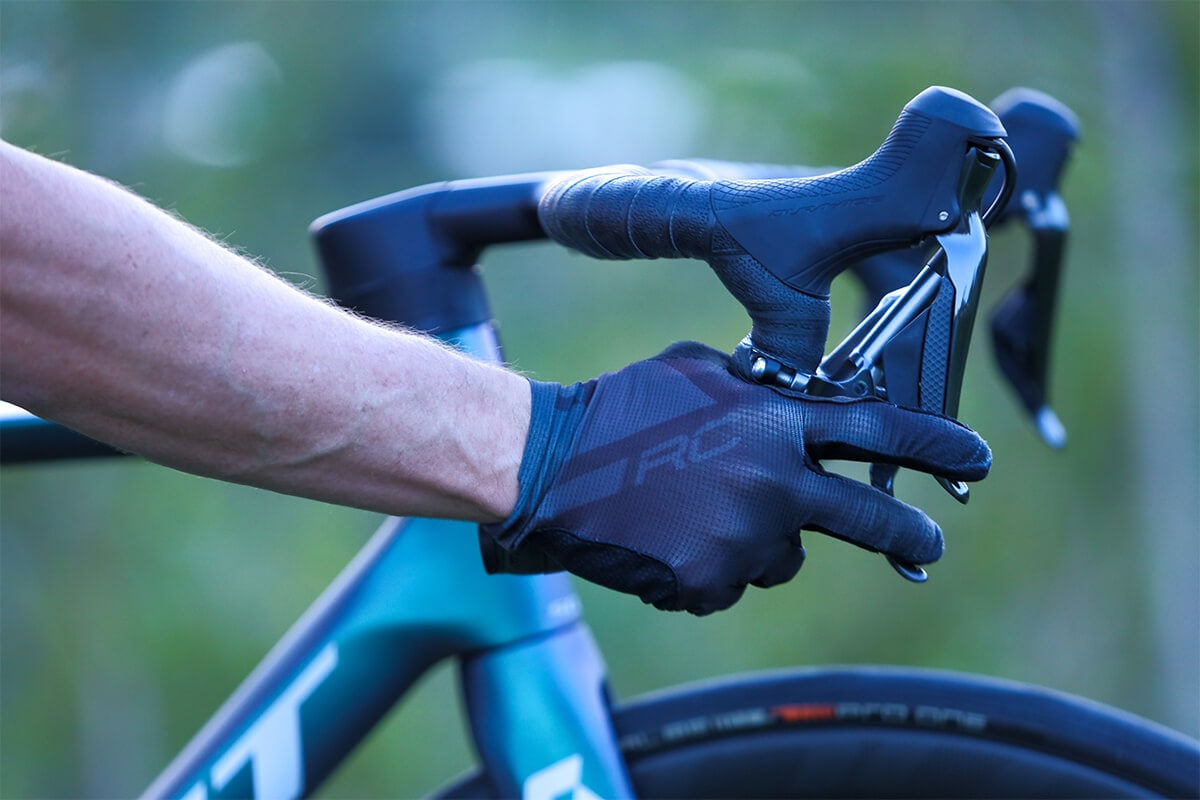 Not content to rest on her past achievements, she recognizes that there's so much more room to improve. Room to grow her fitness, her experience, and now thanks to an ingenious combo of XTR and Dura-Ace components, she can take her bike control to a whole new level too.

For cyclists who have the use of only one hand, operating two brakes has remained a challenge. Although the use of a splitter allows for single-sided operation of front and rear brakes, the design has significant drawbacks. It doesn't allow an athlete to use the front and rear brake independently or allow them to modulate the power differently. On hydraulic systems, splitting the power 50/50 is less powerful than a single brake. It's a clunky one-grab-gets-all kind of arrangement. Enter Steven Wilke, a fellow cyclist and Paralympic hopeful who lives in Utah and works for Scott Bikes. Steven uses one hand to control both braking and shifting on his bike as well. He lived with the less than ideal splitter setup before eventually giving up on it altogether because it felt unsafe. He began riding with just an Ultegra front disc brake, which was strong enough, but still didn't give him the same control as his riding buddies when they were ripping down Utah canyons at over 50 miles per hour.

"I love descending as fast as possible, and I never let the ability to use only one brake get in the way," he explains. "But recently, things kept happening - like a deer jumping in front of me and I locked my front wheel as I grazed the side of him - which made me realize I need to finally come up with a solution." And that solution turned out to be so simple that it was laying in the spare parts bin at Scott headquarters. He took an existing XTR brake lever, flipped it upside down so that it sat just inside the normally mounted Dura-Ace STI dual control lever. A TOGS grip on the drop allowed his hand to rest in the perfect place, providing support while the middle and index finger could reach each lever. Voila. He had independent actuation and modulation for the front and rear hydraulic disc brakes. 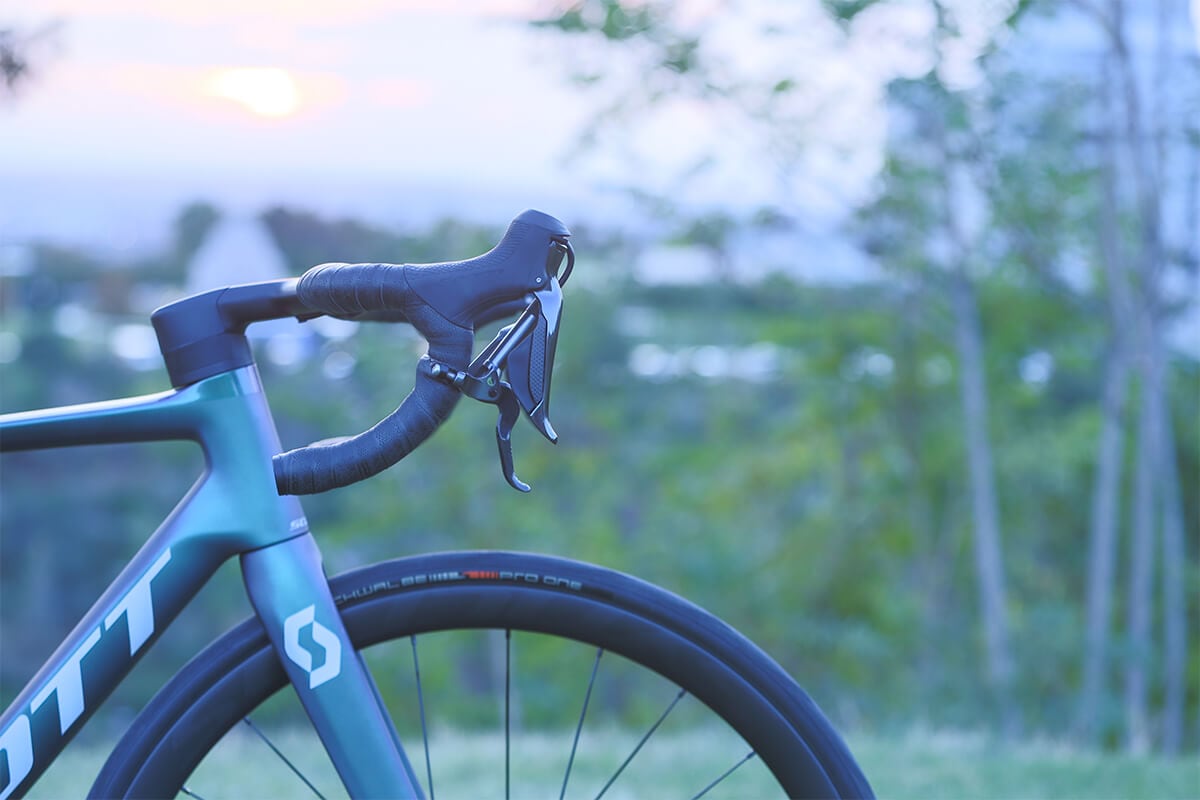 A little imagination was all it took to flip the script on single-handed bicycle control.

But the adaptive possibilities don't stop at just braking. A little imagination and ingenuity have allowed adaptive riders to expand the option for single-sided shifting as well. Thanks to Shimano Di2's Synchro Shift programming, which allows for one handed operation of the full 22 gear combinations on 11-speed Di2 setups, riders can control everything from a single shifter. This function is easily adaptable for either right or left-handed riders, depending on an athlete's needs. For Josie, her setup will be on the right side of the bike, just like Steven's. 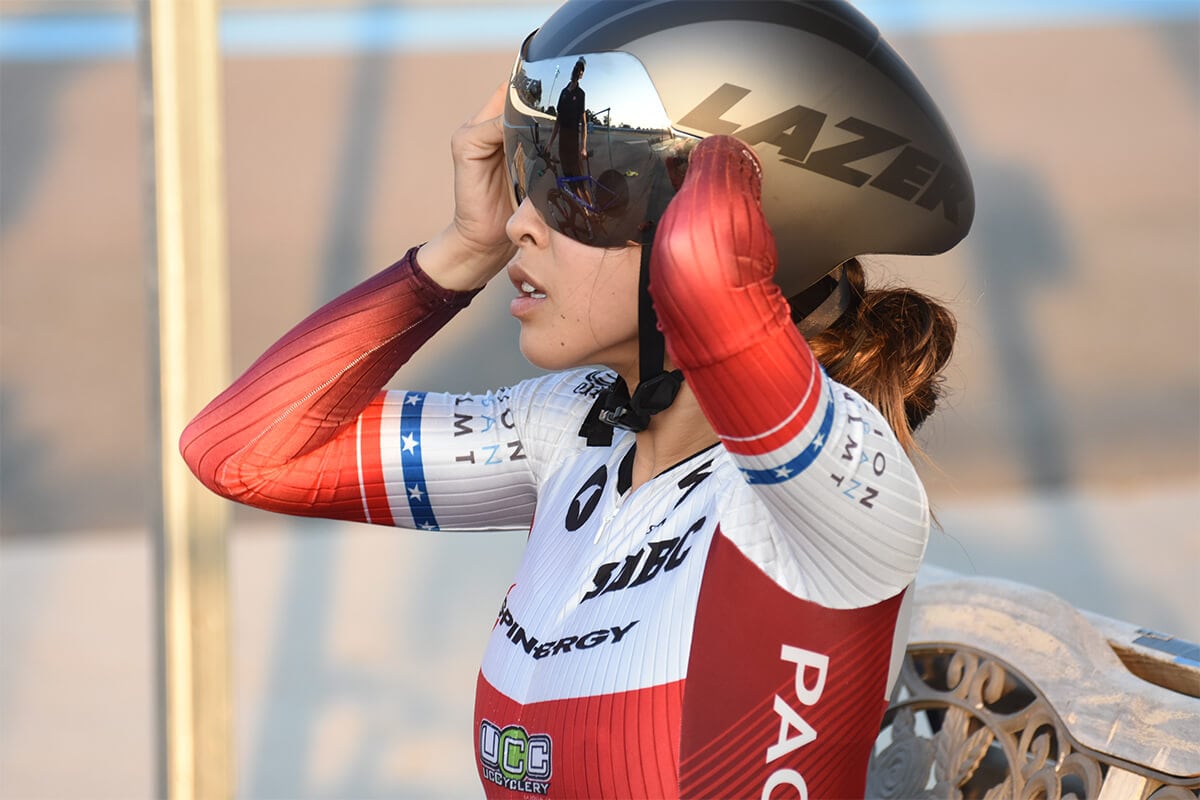 "This is sick!" Josie exclaimed when she first saw the combined Di2 shifting and dual-breaking design, and her mind raced about all the possibilities. If she could operate each brake independently, she'd be able to go faster longer before slowing down for a corner. You’ve got to brake harder to go faster, the old saying goes, and Josie is fully aware of that fact. She's a racer after all, and speed is always on her mind. And it’s speed that's going to help her as she keeps charging toward her Paralympic goals and beyond.