For professional athletes who’ve prepared for spring races that have been canceled or postponed, a new form of virtual competition offers ways to flex their racing muscles.

We all know that riding inside or sticking to solo training sessions is the new norm for pros and amateurs alike. But what about racing? For professional athletes who’ve prepared for spring races that have been canceled or postponed, a new form of virtual competition offers ways to flex their racing muscles. 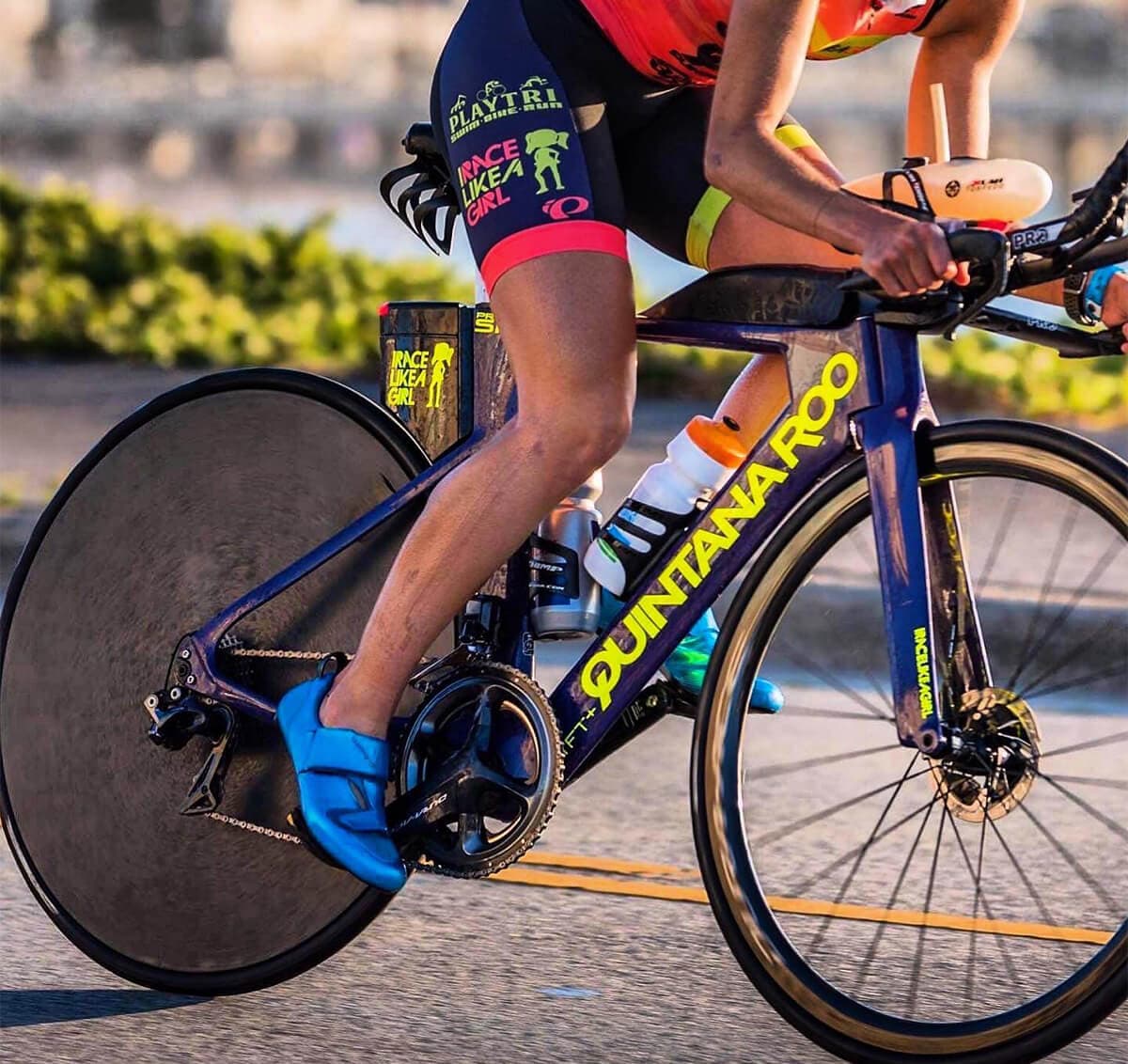 Shimano pro triathlete Angela Naeth participated in her first virtual triathlon this weekend to help shake things up with her training and offer some entertainment to triathlon fans around the world. With a live stream to follow the competition, Naeth and three other top professionals toed the virtual start line for an adjusted Ironman 70.3-distance race that included a 5-kilometer run, 90-kilometer virtual bike race, and finished with a 21-kilometer run.

Naeth took second place overall but came away from the bike segment with some seriously impressive new power PRs. Using her dual-sided, Shimano Dura-Ace Power Meter, Naeth recorded her best 90-minute average power of 249 watts. Even more impressive, the pint-sized athlete finished the entire 90-kilometer bike leg of the race with a time of 2:40 and a normalized power of 246 watts. Weighing in at 128 pounds, that’s a whopping 4.24 watts per kilo for all your power nerds! Shimano caught up with Naeth after the event to talk about her race experience, what she thinks of virtual competitions, and how she managed to put down so much power during the race. 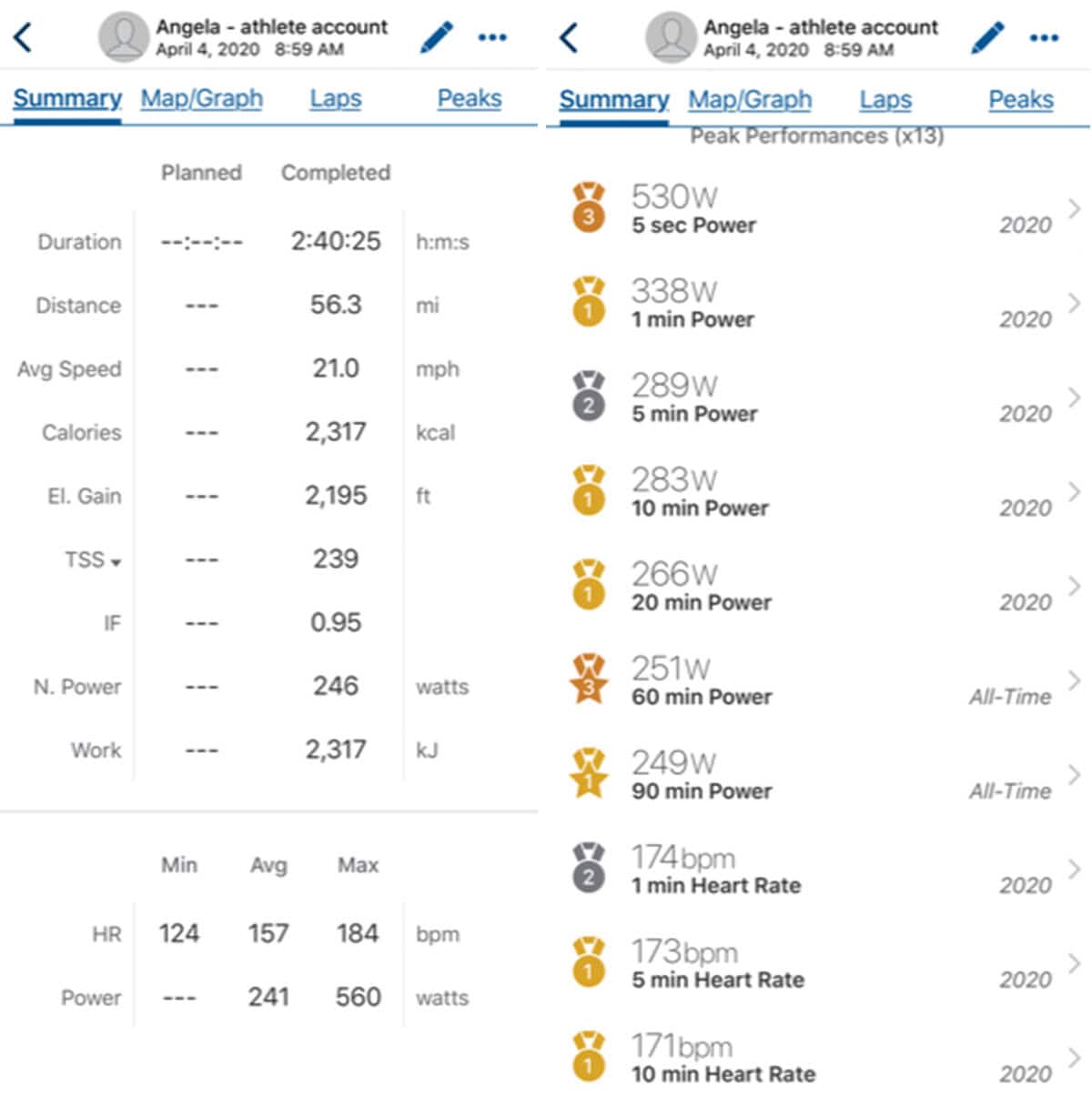 How did you get involved in the virtual Ironman 70.3 and what were your expectations going into the race?

Ironman invited me to jump on board for their first virtual race, and I'd never say no to a chance to race right now! I was hoping for a fun time and that's exactly what it was.  I don’t think I've ever worked that hard while training indoors in my life, but I was highly motivated to work hard and give it a solid effort.

Racing virtually was very different than real racing. The bike segment wasn’t necessarily just a race to the end because we had some primes and timed portions along the way where I went for broke. It was a great way for me to test my own personal fitness and made for a great training day and test event as well. 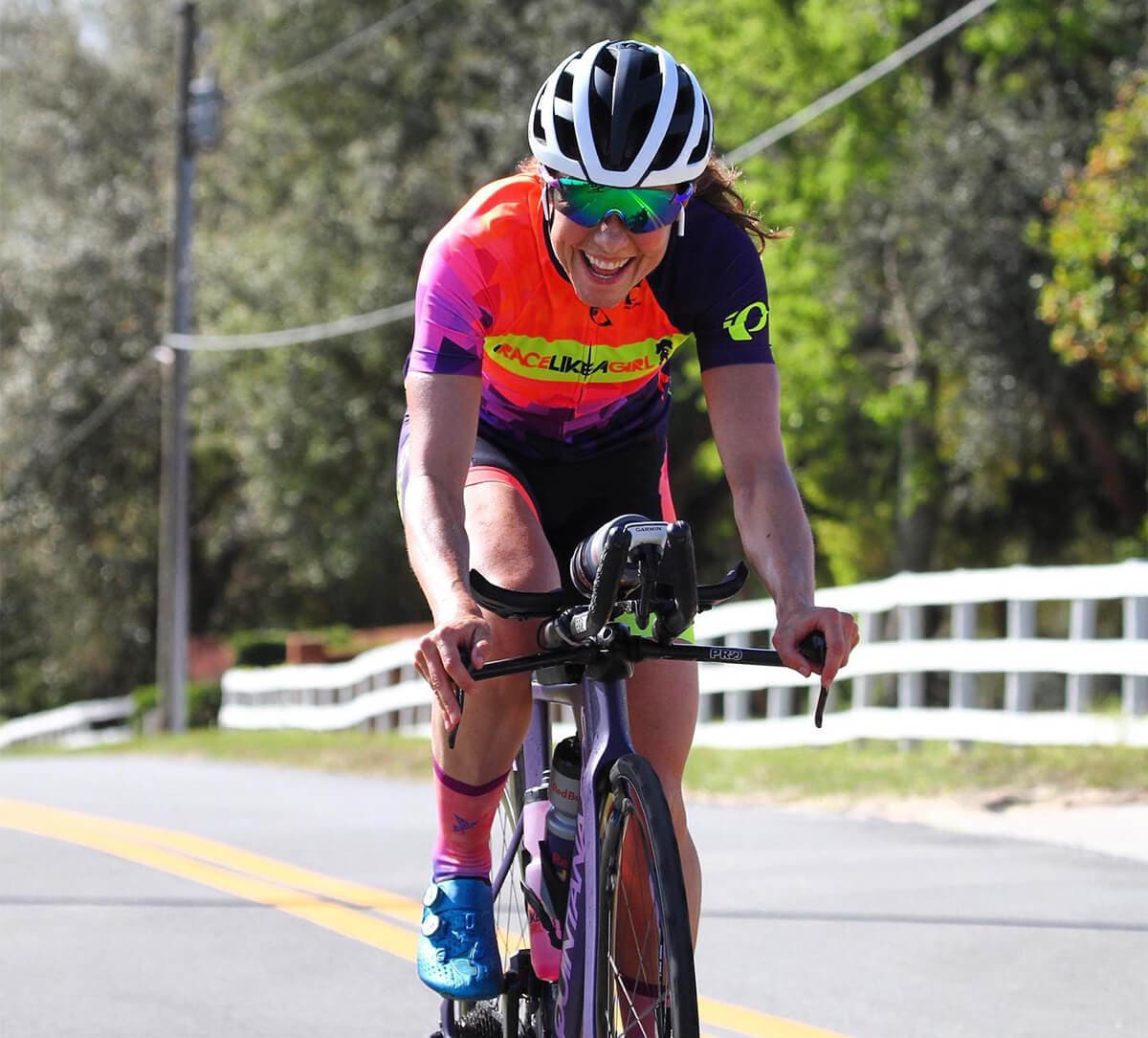 How did the race go and what can you take away from the virtual race experience?

The race went great! It was more of a personal test of will, at least for me. I worked hard from the get-go and tried to sustain the best power output and heart rate possible. I'm using the results from this race for future training parameters. Sometimes, training on an indoor trainer can get a little mundane, so mixing it up with something like this helped make it fun while also showing me I have a lot in the tank.

I honestly put much more effort in during the race than I have ever seen from myself on an indoor trainer before, especially for that duration (2:40). Going hard for an extended period of time indoors is mentally and physically demanding. But having a race and a live show and support from viewers changed that for me. I loved it!

What were your goals going into the race and did you have specific power numbers you were trying to hit?

I didn't have any goals for the race as it's something I've never experienced before and wasn't sure what to expect. This whole event was about having fun, though, and giving it a solid effort. I surprised myself with my average wattage, especially with the extreme, all-out efforts I did throughout the race where I hit some higher watts. Those efforts cooked me! But now, I have a solid set of data points for future training and racing, and since I use the same power meter inside as I do outside, I can use this data for all of my training and racing. 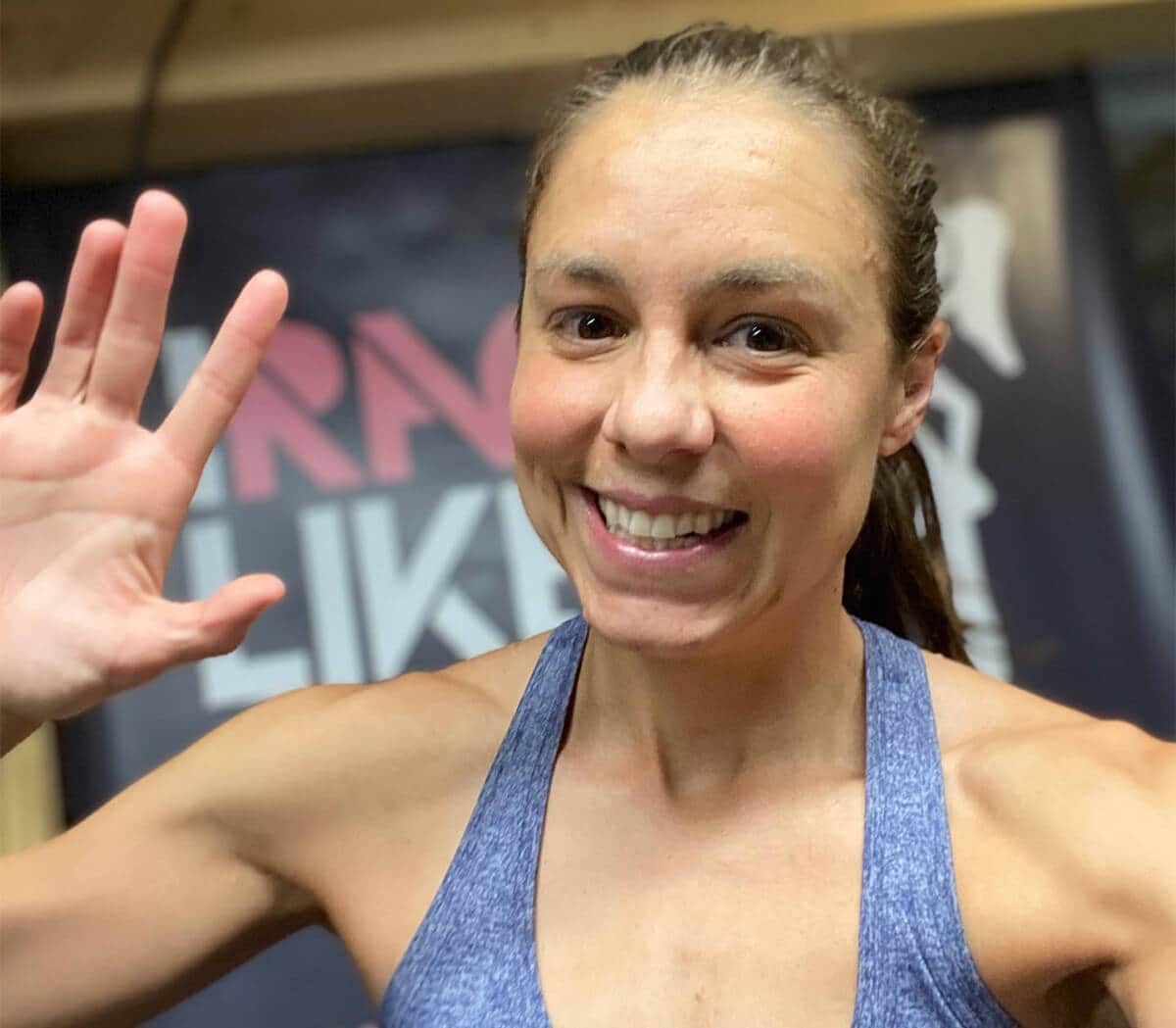 Speaking of power, tell us about your new power PRs and how you’ll use that in future training and racing?

My total average wattage for the full race, with the different all-out efforts mixed in, was definitely a new PR for me (246-watt average for 2:40). While racing, I typically don't look at my numbers, I just go by feel. During the virtual race, I went as hard and steady as possible and then went for it with the all-out prime efforts. My goal was to just go hard, as simple as that. Now that I have these numbers and know that indoor efforts can be of great value, I plan to do more indoor TT efforts to quantify my training goals.

I think I can take these numbers and my heart rate data and use both as adjuncts in my racing and specific goals for holding a certain power range. This always helps for targets in racing and to ensure solid work output without overextending yourself. What do you think about the future of virtual racing and what’s coming up next for you?

I think we just touched the surface of virtual racing and I'm excited to see what's in the works by the different platforms and companies. I most definitely want to be part of it all!

I’ve signed up for the next virtual races, and I am looking at other avenues to get some of the same efforts and opportunities in. I’m staying at home right now, riding my gravel bike outside, but staying healthy and doing what I can to help flatten the curve of COVID-19. 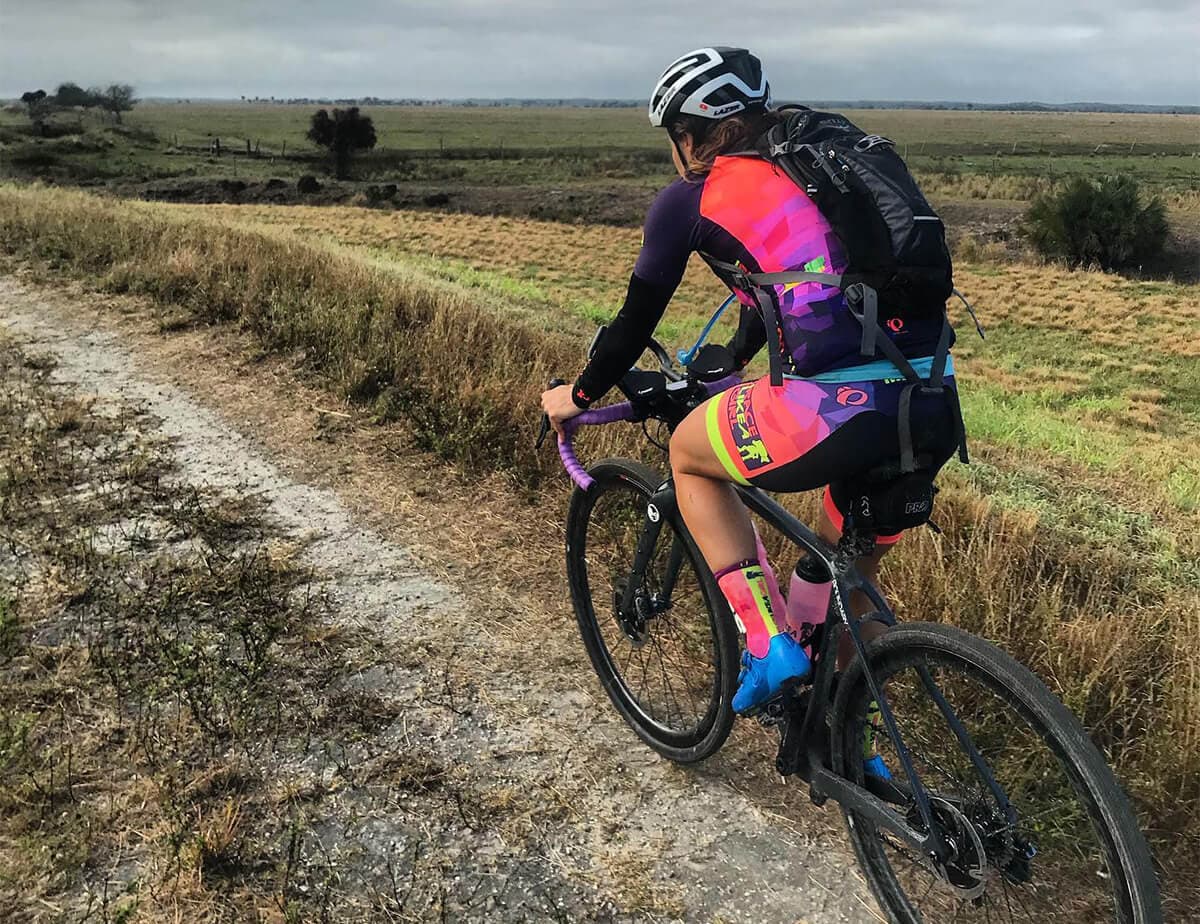