The Giro d'Italia is coming to the end of its first week, hitting Italy's mainland today. This was the first time the race started outside of Europe and it took off smoothly. But the real racing starts on Italian turf. For this 101st edition, riders will be doing a lot of climbing and naturally, the teams have anticipated with special edition bikes that perform well on climbs and descends. For the flat sprint stages, riders will switch to their more aero frames. BMC took to the Giro with former hour record holder and National TT Champion Rohan Dennis. The Aussie took the Maglia Rosa after stage two and hopped on a Giro-pink BMC Teammachine SLR01, with powerful DURA-ACE direct-mount brakes and C40 carbon wheel set, the next day. You have to admit, the bright pink paint job suits the bike rather well. 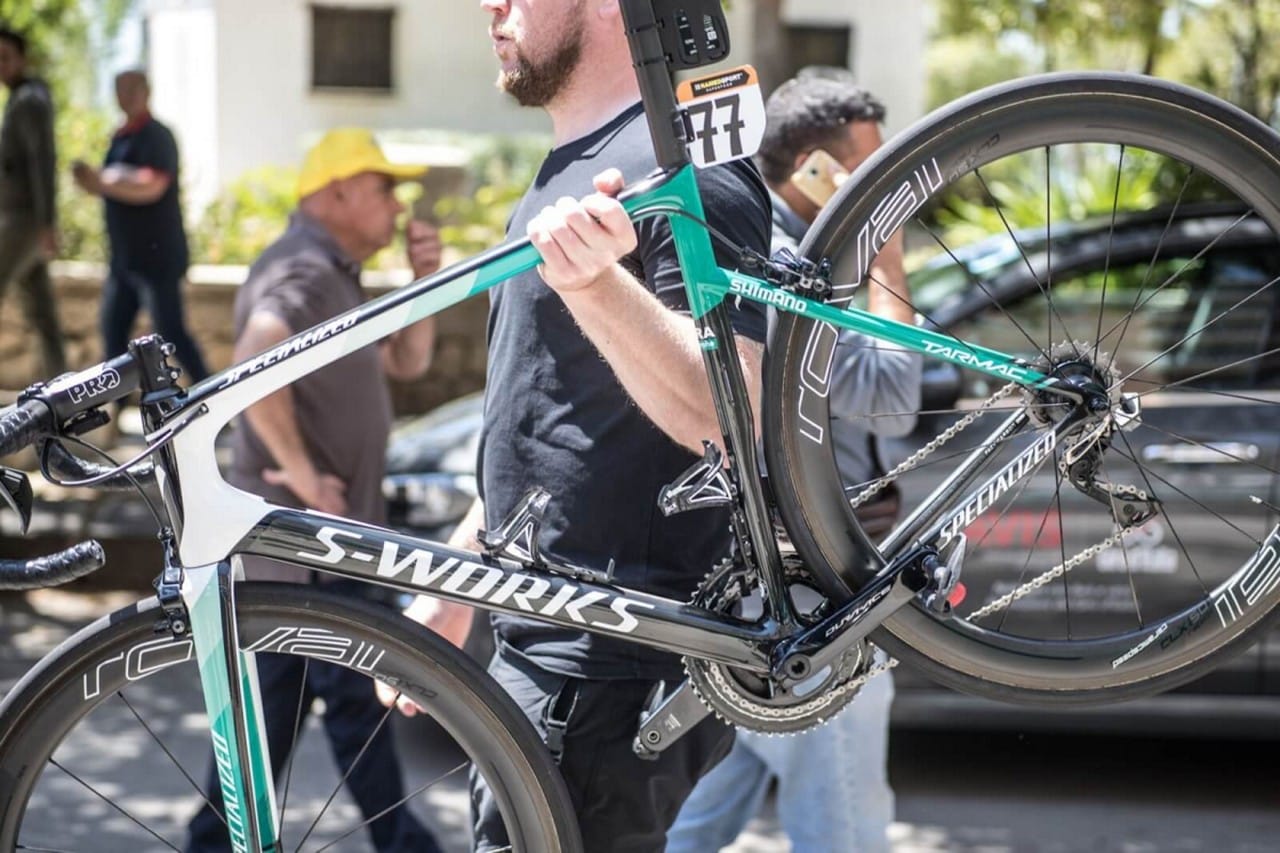 In absence of Peter Sagan it is the young Italian Davide Formolo’s turn to take the lead. Time will tell if he’s prepared for all the tough climbing over the next two weeks. His gear is definitely on point.  Formolo’s Specialized Tarmac Ultralight is their lightest road bike ever produced. It should perform especially well on climbs with its DURA-ACE R9150 Di2 -group promising smooth and swift gearing. The French have put their faith in Thibaut Pinot to win a Grand Tour this year. Preferably on home turf, but of course the Giro will do. The Frenchman can choose between Lapierre’s aeroracer Aircode or the super light Lapierre Xelius for the mountainous stages. Both bikes are packed with top notch PRO components, DURA-ACE gearing for optimum power transfer complimented by a strong C50 wheel set. 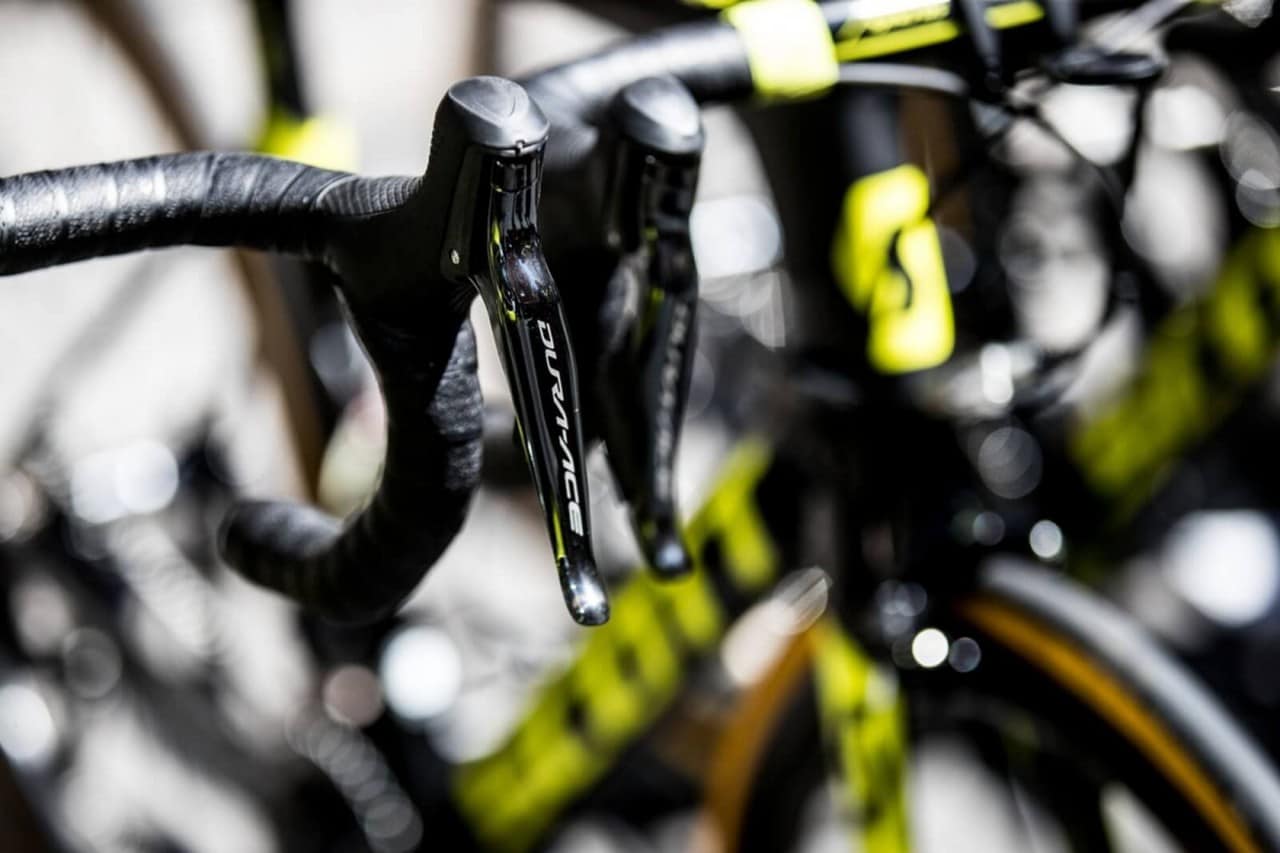 The black and yellow Mitchelton-Scott machines are a sight for sore eyes. It’s hard to look away once you spot these frames appropriately named ‘Addict’. GC contenders Esteban Chavez and Simon Yates –  first and second up the Etna – can switch to the more aerodynamic Scott Foil for the Giro's flat stages. These are fitted with DURA-ACE Di2 satellite shifters, enabling shifting without taking your hands off the tops. This Giro brings a successful first week for the Lotto-Jumbo riders. They brought their best stage winners to the race and already took the fifth stage with Enrico Battaglin out-sprinting his rivals. Meanwhile, George Bennet is set on taking a top ten position. The Lotto-Jumbo pros can choose between Bianchi’s stunning Celeste Oltre XR4 or the super reactive, lightweight Specialissima, fitted with a DURA-ACE group and wheel set, to complete their mission. Another favorite, Chris Froome, has not displayed the supremacy we are familiar with from his four Tour victories. Not yet. Or is it time for Wout Poels to take hold of a Grand Tour win? Both accomplished Sky riders can count on Pinarello’s Dogma, with its beautifully curved Italian-made frame, and of course the superior shifting of DURA-ACE R9050 Di2. Smooth rolling SHIMANO carbon wheels complete the frame. 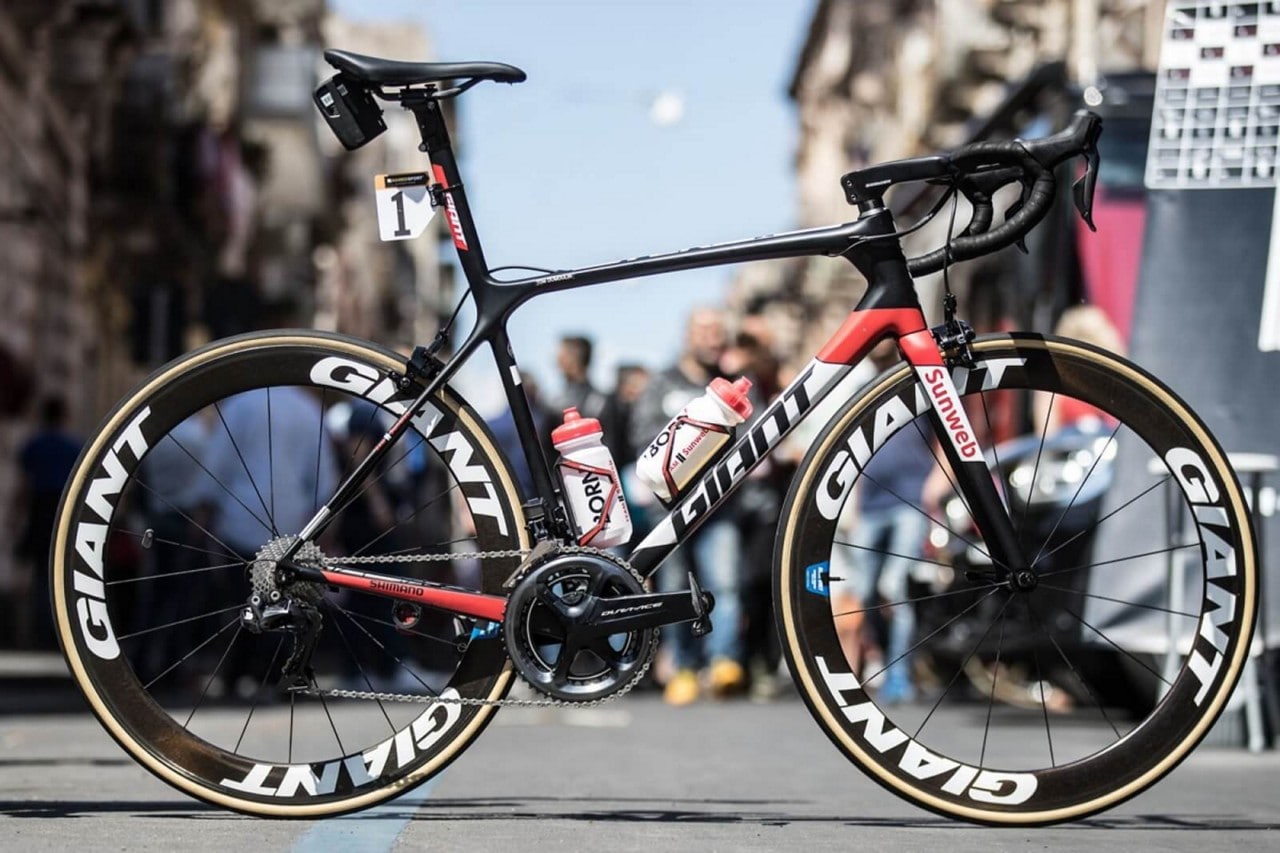 Last year he left the Giro in pole-position only to take back his lead after the next stage. Tom Dumoulin is everyone’s favorite to succeed himself this Giro. His Giant TCR Advanced SL looks top-notch mounted with a DURA-ACE R9150 Di2 group. If Tom stays a cool as his bike looks we might just celebrate a consecutive Giro-win this year. The Madone’s striking red coating isn’t the only thing in the Trek-Segafredo’s bike fleet catching the eye. The disc brakes on Trek’s Emonda are also a prominent feature. Disc brakes provide extra brake power applied with more control than regular brakes. They are especially helpful on rainy days, because rain or mud won’t effect the performance of the brakes. We bet Brambilla, Pantano and Boy van Poppel are pretty stoked about that!