Pro triathlete Sarah Piampiano checks in with 2x Ironman champion Cat Morrison about retirement from sport and the many new opportunities Cat is taking on.

With little racing this year, professional triathlete Sarah Piampiano turned her attention and energy toward catching up with some of triathlon and cycling's favorite retired athletes to discuss what they've been up to since moving on from racing and how they've managed the ups along the way. Here, Sarah checks in with 2x Ironman Champion and 4x Duathlon World Champion Cat Morrison and learns more about Cat's unplanned retirement and how she threw herself into the next stage in life so she wouldn't look back and second guess herself. 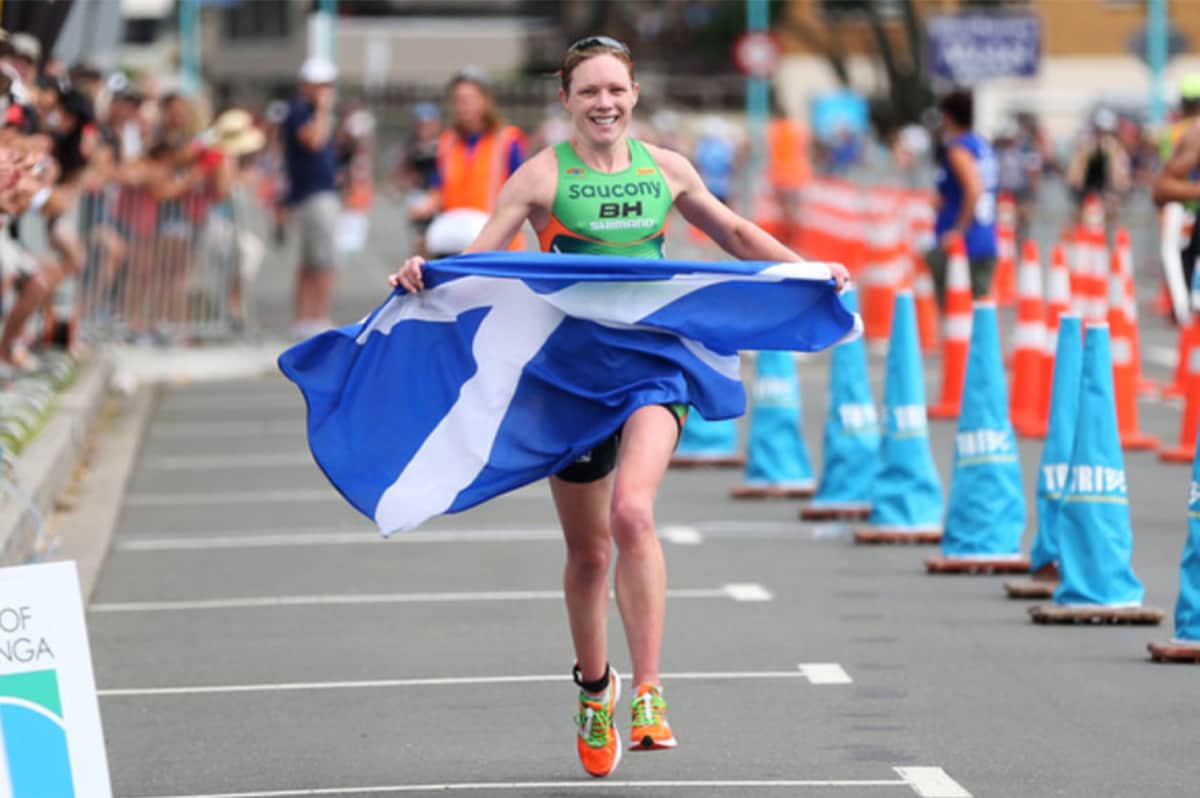 In 2015, Cat unexpectedly walked away from it all. She went out of the garage for a trainer session one dreary day and realized, at that moment, that she simply didn't want to put in the work anymore and knew she was done.

What is your sporting background? How did you get into triathlon?

I started triathlon when I was doing my MSc thesis at the University of Alberta in Canada. I had been a swimmer as a kid and then started running through late secondary school and at University. When I injured myself and had to havepatella surgery during my second year of my MSc, I started swimming and cross-training on the bike for rehab. I was advised by the surgeon that I could start running ten weeks after surgery, so I entered a triathlon! A good friend biked the run leg with me to make sure that I kept to a 1 min walk/1 min jog protocol. I finished second and figured that there was no harm in entering more races. 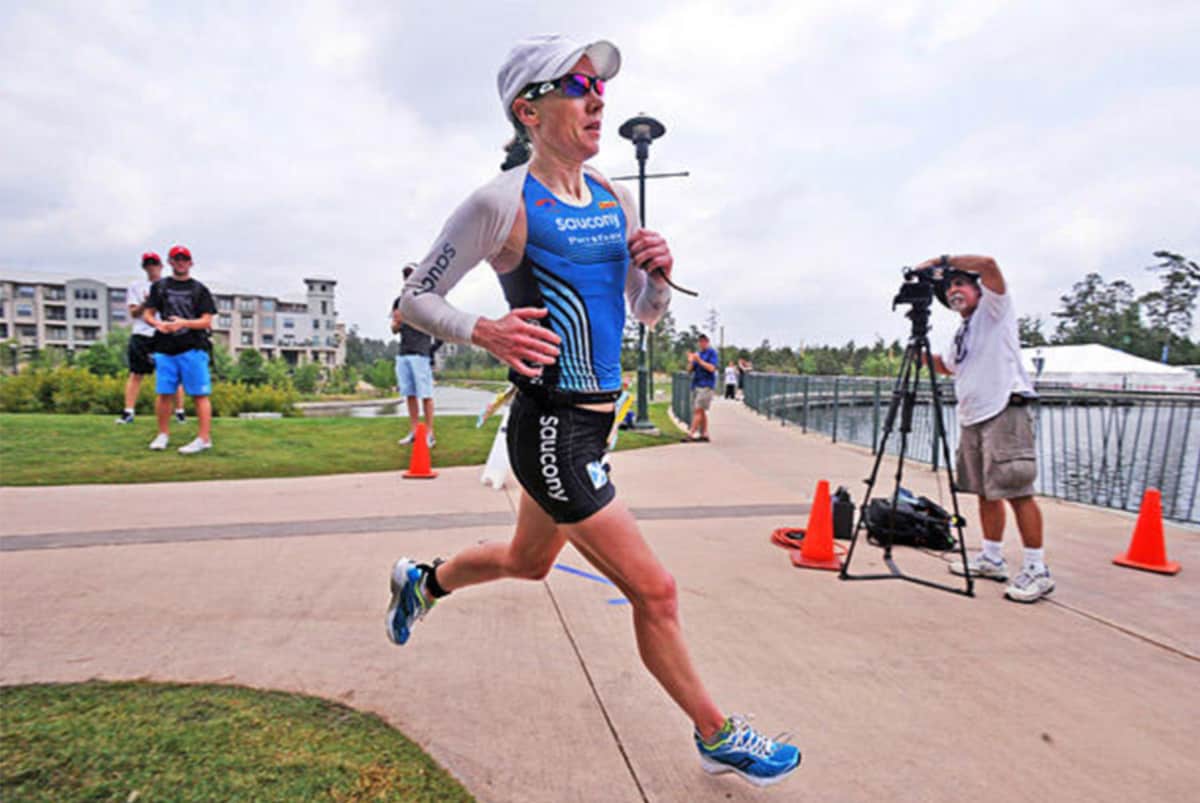 What are you doing today from a career perspective?

I think that you'd call my present career a portfolio approach! It is quite common amongst recently retired athletes as they take on opportunities as they arise while trying to find a new "place" in the world.

I am the Business Development Manager for a small social enterprise in the North of Edinburgh, where we use sport to create a positive social impact for our local community. Through running a soccer facility, grant funding, and charitable donations, we run health and wellbeing, education, and youth work programs in an area of Edinburgh that has many challenges (www.spartanscfa.com). One of the main areas of my work is through a consortium where we are delivering workforce development to the sports sector in Scotland. We are leading discussions and learnings around how and why sport has an important role to play in social impact.

I am also a facilitator working with organizations and individuals in learning and development and increasing sustainability in the social enterprise sector.

I am the director of a sportswear brand for girls founded on the premise that sports clothing should be as affordable as possible – there are so many barriers for young people to access sport that we wanted to make high-quality, fun clothing for girls and young women (www.everactiv.com)

On a voluntary basis, I am on the board at the University of Stirling, Scotland's leading university for sport(www.stirling.ac.uk). I have also just been appointed the Team Manager for Scotland's Triathlon Team at the next Commonwealth Games.

Finally, I am part of a local community group where I live. Our focus now is building a pump track for local kids (and big kids!) and maintaining the town's path network. I really enjoy the manual labor, although my physio doesn't enjoy the consequences of that work, which she has to fix!! 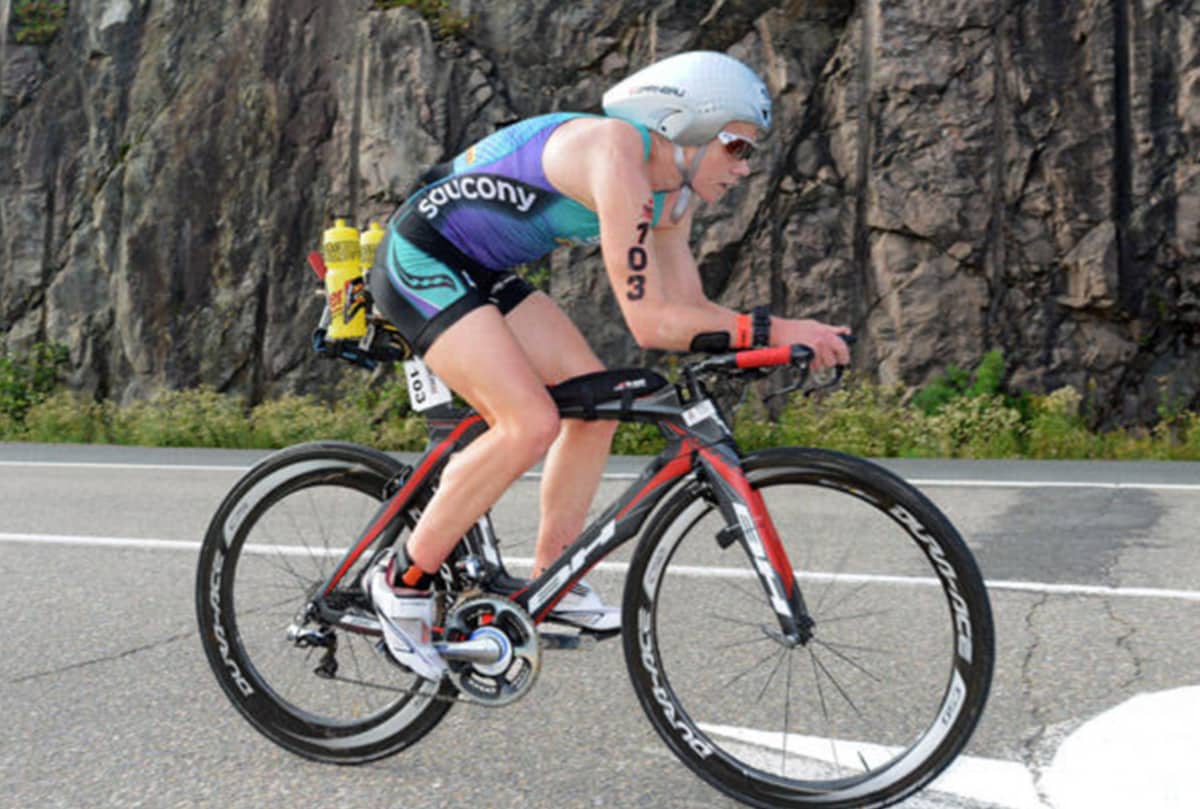 How did the sport define you?  Did you feel like it was a big part of your identity?

As a professional athlete, it is all-consuming. It's what you sleep, eat, and breathe. It's a choice and a privilege to be able to follow a passion, to do what you love, and hopefully make a living. But it does mean that there is no "off" button.

Everything you do has the ability to impact your physical and mental state. Results on the field of play are the joyous outcome of all the hard work, and for most people, it is how they communicate and identify with you. I struggled with this as an athlete, as I personally found it difficult to see the value that being an athlete had to society; after all, it is a very selfish, self-absorbed existence.

To personally function in the triathlon world, I found balance in being based at home in Scotland and having a part-time job. Even at peak training, I was working one day a week. The bonus was that I worked with a charity that was all about developing young people through sport. Although aligned with sport and being an athlete, this allowed me to have balance and to show myself that I had a "life" beyond training and racing. 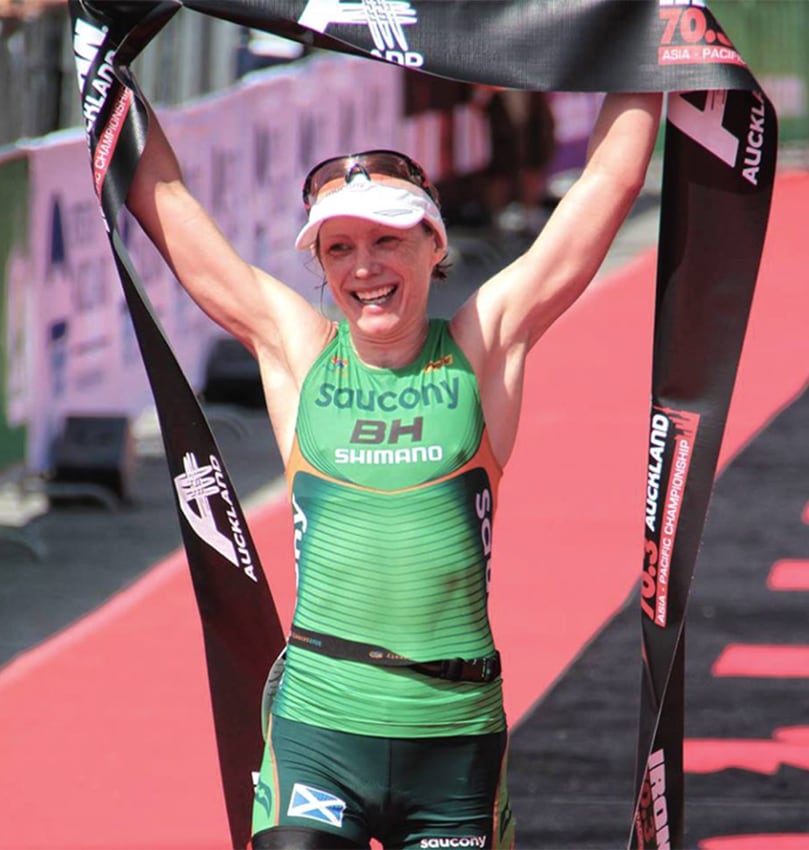 How long did you contemplate retirement before announcing your plans to leave the sport?

My decision to retire happened very quickly. I was on the turbo trainer in the garage in January. It was freezing and dark and I had been procrastinating. I remember just asking myself, "Why are you doing this?" I didn't have an answer. And because I didn't have an answer, I knew that it was the end. I walked back into the house and told my husband I was finished. And rather than refer to the fact that I could not possibly be finished with the session so soon, he knew exactly what I meant and he just gave me a hug.

What were your feelings around retirement?

I was relieved, sad, happy, and content. All mixed with some apprehension. But I knew it was the right decision. I could have quite easily continued to train and race – I was more than physically and mentally capable, but my passion for the sport was not there. I got to choose to move on rather than grind slowly to a halt or face a career-ending injury, and that's a good place to be.

Were you concerned at all about the loss of identity?

Not immediately at the time. There are a few challenging things that come with retirement including entering races now where people are excited to "beat" me (a bit frustrating as you still want to be competitive but also yell out that you're just a "normal" person training in what little spare time you have!). It's also hard being introduced to new people as a former professional athlete and feeling like it's another lifetime that you don't really recognize anymore. Also, living with the eternal desire to be that super strong, fast athlete, smacking it out, and the reality of not really being anywhere near that!! However, I think that aging is helping to temper this! I can now perceive a natural slowdown that means that I no longer catch myself saying, "I could still do that..." Now there's Strava and the amusement of trying to be slightly bigger fish in a very small pond, and that's keeping me content – there is a little of that identity left! And the challenge of being the fastest old woman!

Many athletes talk about falling into depression after their career has ended.  Did you experience that at all?

No. I think that I was too busy! I was offered additional hours at the charity that I was working for. I worked three days and had two days to enjoy exercising and think and plan for what was next. It was a good balance.

What were your feelings around decreasing your training and exiting competition?  How did you address that?

Five years on and I still find this the hardest thing to master. I have a whole load of other time commitments and pressures, but I still feel compelled to try to exercise at least two times a day (it drives my husband to distraction). Part of this is habitual and part is still wanting to be as fit as possible. I like to race and have started hill/mountain running. I do the occasional mountain bike race. I like the challenge of physically pushing myself and have found other sports that allow me to get this buzz. I started learning to ski, and let's just say that I love ski touring up. I'd rather take the lift down!

When you retired, did you already have a plan in place for what was next?

I did not have a plan for what was next, but I was lucky to be offered additional hours at work that covered the first six months. I had also been approached a year before I retired about the opportunity to join Entrepreneurial Scotland and enter an entrepreneurial learning and development program. I reconnected with this opportunity, and six months after retiring, I was off to Boston, San Francisco, and Shanghai on what can be described as a mini MBA. In some ways, I think that this accelerated the transition. Suddenly I was a full-time student surrounded by other people in career transitions from a variety of backgrounds, and none of them related to sport. I think the immersive and 110% full-on nature of these six months took away some of the opportunity to think too hard or to miss my previous lifestyle. I was studying, attending lectures and generally flat out from about 6 am-11 pm. I was exhausted in a completely different way, and if I managed 45 minutes a day in the gym over those six months, I was happy!

How did you determine what would be next?

My six-month mini MBA culminated in a sports-based social enterprise project doing a feasibility study for an indoor sports complex. I was offered part-time employment after the success of this project, and I'm still with the same organization. I work there three days a week and this has allowed me to have time to do a variety of other things, including work on the clothing business, volunteering, and working as a facilitator.

What was your timeline for determining your next steps?

I didn't have a timeline, more the pace of opportunities that came along was fast, and I jumped on! I was lucky in some respects that there were opportunities but I also knew that I had to be engaged and busy. Otherwise, I would have found the transition way more challenging. Athletes are by their nature "do-ers," and being under-utilized would not have been a good position to be in. 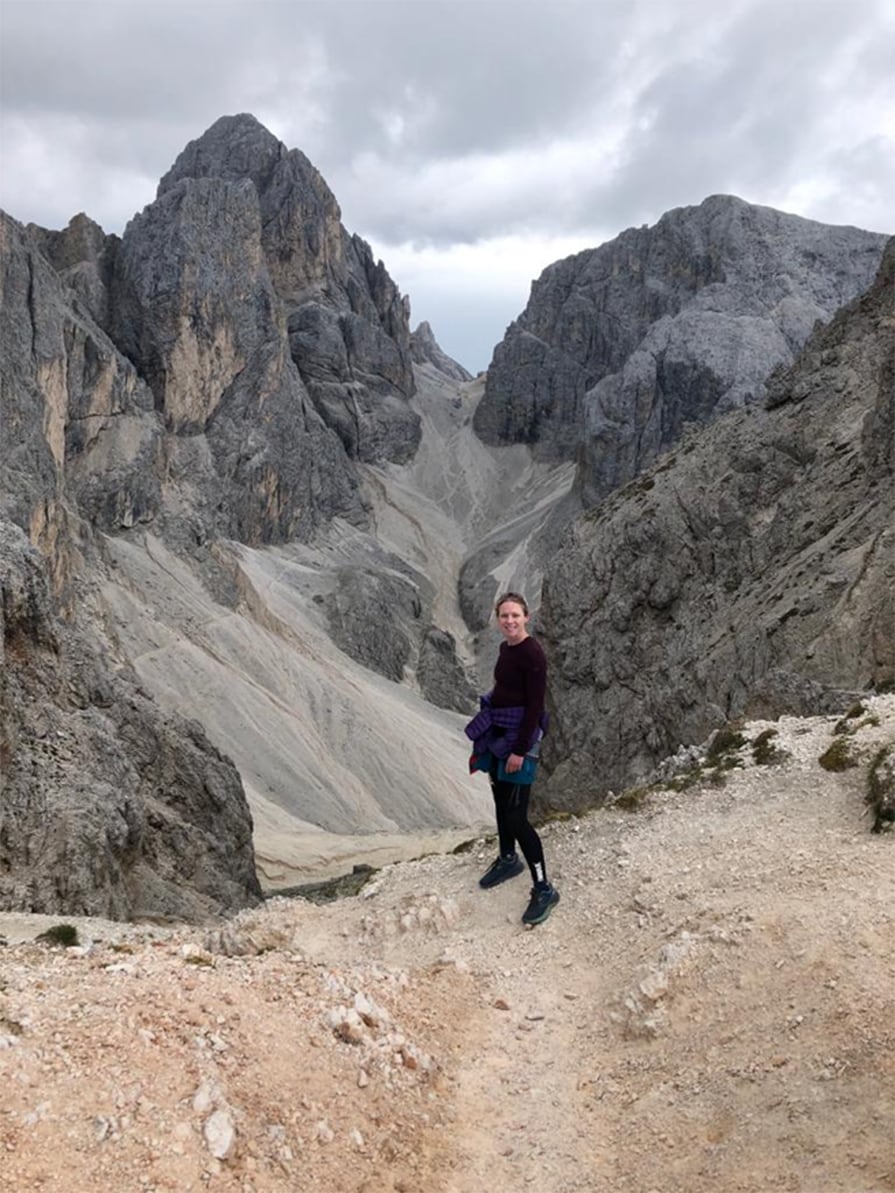 Do you look back with any regrets or wish you had done anything differently?

No, I think that things have worked out well. I'm really still finding my stride, though. Not in a bad way but more in the process of continual personal development, much like being an athlete, there's always something to try!

What are some tips you'd give others who are at a point of transition in their lives?

1.    Develop relationships, not transactions. You never know when you may want to reach out to someone.

2.     Volunteer in an area that you're interested in or for something that you want to give back to.

3.     Be kind to yourself. Living the life of an athlete is very regimented and has to be. When that stops, it's OK to relax. You don't need to feel guilty (at least not all the time).

4.     It's a marathon, not a sprint! Transitions take time, and some habits die hard or don't die at all. You just have to learn to live/manage them!