The 2017 Enduro World Series season kicked off this past weekend in Rotorua, New Zealand. The first EWS event of the year will took place as part of the Crankworx World Challenge, with races taking place in the Whakarewarewa Forest - one of the oldest mountain bike networks in New Zealand.

On Thursday, the athletes met for the basic rider briefing to learn about the rules, course, and more. The dynamic duo of Cody Kelley and Richie Rude. All eyes are on Richie Rude this season, as the 22-year-old Yeti/Fox Factory racer looks to continue his dominant streak in the EWS. After all, he has a back-to-back Enduro World Series Championship Titles to defend. 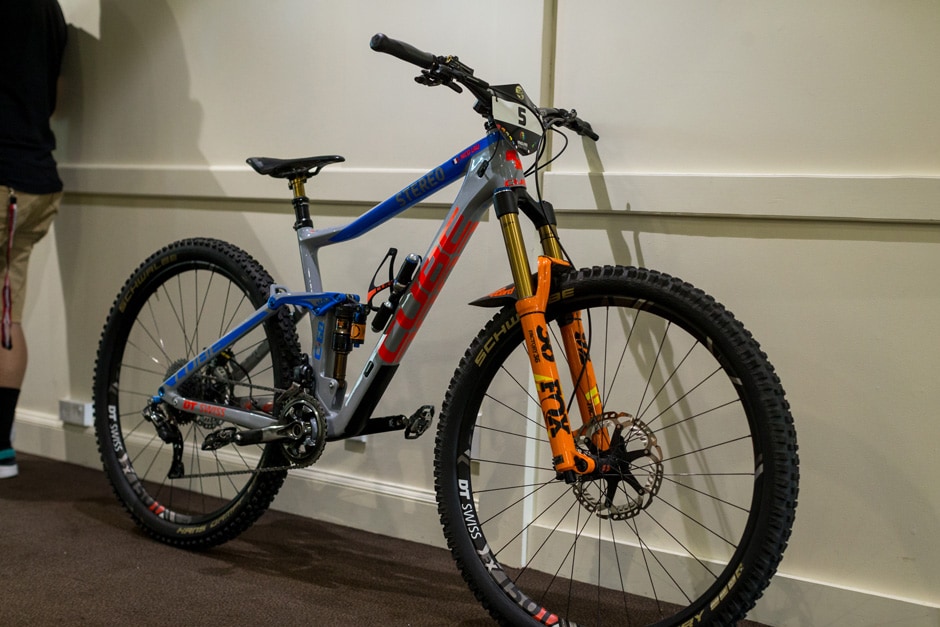 On Friday, the fun began with the opening ceremonies. The ceremonies were held at Lake Rotorua and featured a traditional Maori welcome, a powhiri along with other cultural performances to officially get things rolling in Rotorua. Riders were also able to get practice runs in on Friday. The 7-stage race features approximately 6,500 feet of climbing over 40 miles. The Whakarewarewa Forest featured a mix of tight and technical single track with plenty of exposed roots and rocks. Richie Rude is one of Red Bull's newest enduro athletes. He was wearing the helmet with pride this weekend in Rotorua. The conditions on race day escalated with extreme mud, rocks, roots and deep ruts. It proved to be one of those most challenging Enduro World Series races thus far, with many riders crashing or failing to finish. Martin Maes' showing a promising outlook for the 2017 season. He finished in the Top 15 in Round 1, highlighted by a 2nd place finish on Stage 4 and a 5th place finish on the final stage.

You can always count on Cody Kelley of the Yeti/Fox Factory Team to throw some style into the mix. 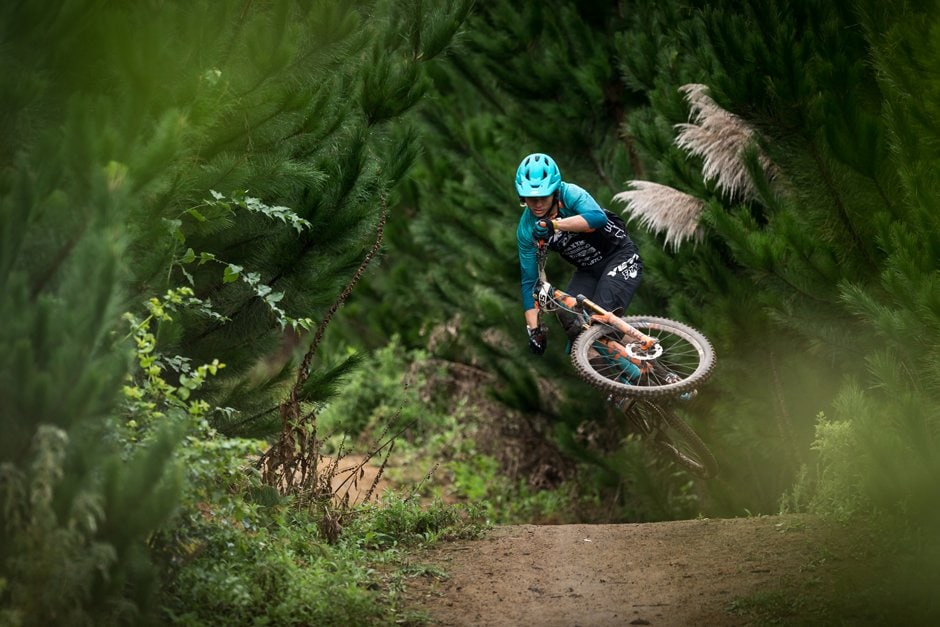 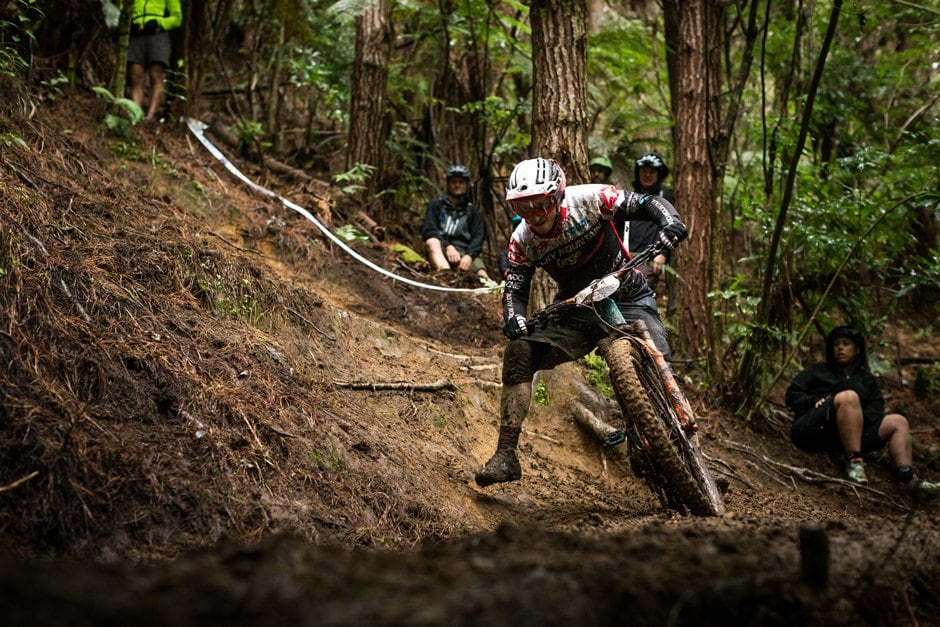 It took a Kiwi to overcome the challenging conditions of the Whakarewarewa Forest. Wyn Masters battled through the conditions to earn the first Enduro World Series race victory of his career. A great victory for the GT Factory Racing team! He was joined on the podium by fellow Kiwis, Matt Walker and his brother Eddie Masters finishing second and third. The aftermath of the Whakarewarewa. 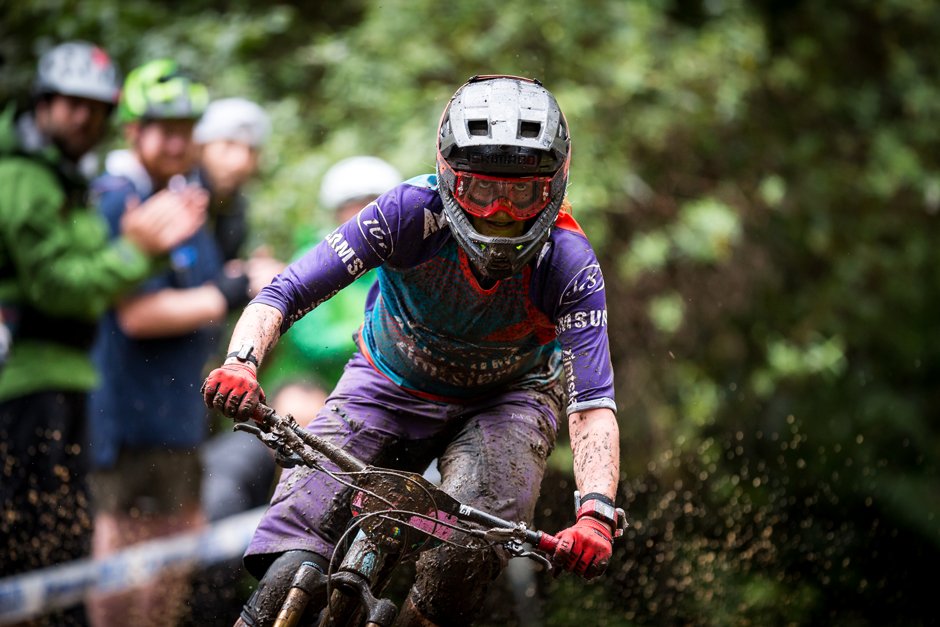 Anita Gehrig of the Ibis Cycles Enduro Race Team secured herself a well-deserved 3rd place podium finish. On top of that, the Ibis Team landed themselves enough points on the day to earn a 3rd place spot in the team standings heading into Round 2 in Tasmania. 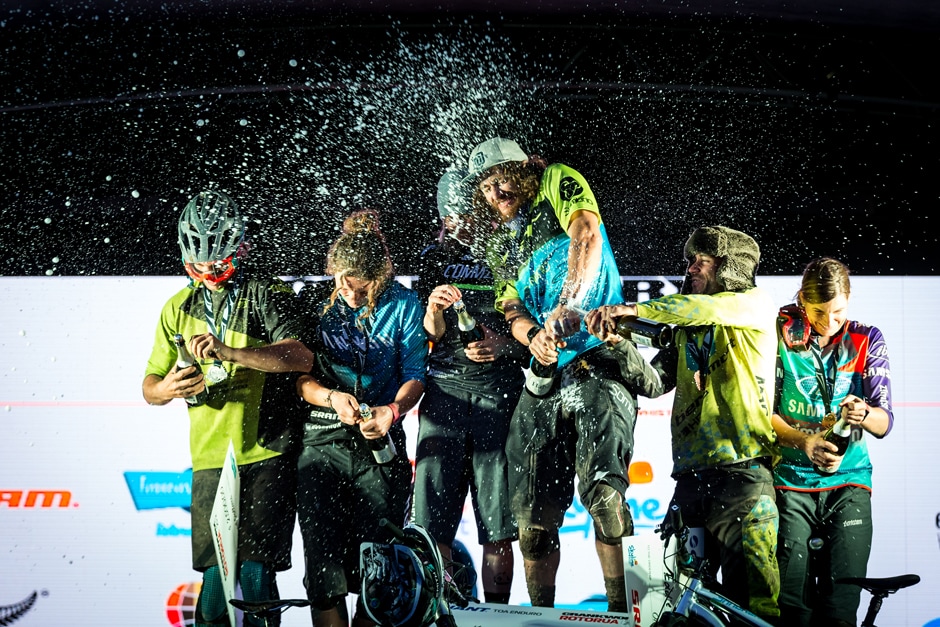 The fastest bike of the weekend in Rotorua.