Imagine riding some of the most amazing single track trails for 7 continuous days throughout the West Coast of British Columbia. Imagine that each trail network and town welcomes each and every cyclist with open arms. Imagine turning this epic adventure into a race! This year marks 12 years of doing just that. Thanks to an extremely passionate group of cyclists on the West Coast of British Columbia the BC Bike Race has become a bucket list event for riders all around the world. For some, it’s a once in a lifetime adventure that will challenge them to simply finish - while for others like Geoff Kabush, who is a long time professional athlete who also happens to be based out of BC, it’s just another day in the office. With our recent launch of the new and exciting XTR M9100 group set, the stage was set to have Geoff take a proto-type version of the group on the BC Bike Race adventure and see how it would fair.

After 7 days of hard, all out racing, Team Yeti Cycles rider Geoff Kabush was victorious proving that the new XTR M9100 is capable of winning one of the most epic adventure races in the world. Congrats to Geoff and the other 649 athletes on hand to experience one of the finest mountain bike events on the planet. Geoff Kabush came out ready to go - taking a win in Stage 1, and continuing to power through Stage 2 in Cumberland for the back-to-back stage wins.

Kabush held onto the yellow jersey after Stage 3 in Powell River, but started to feel the pressure from fellow Shimano riders Karl Platt and Cory Wallace. Geoff Kabush pushed past Karl Platt who took the previous Stage to take the win on Day 4 - the Queen Stage of the 2018 BCBR. 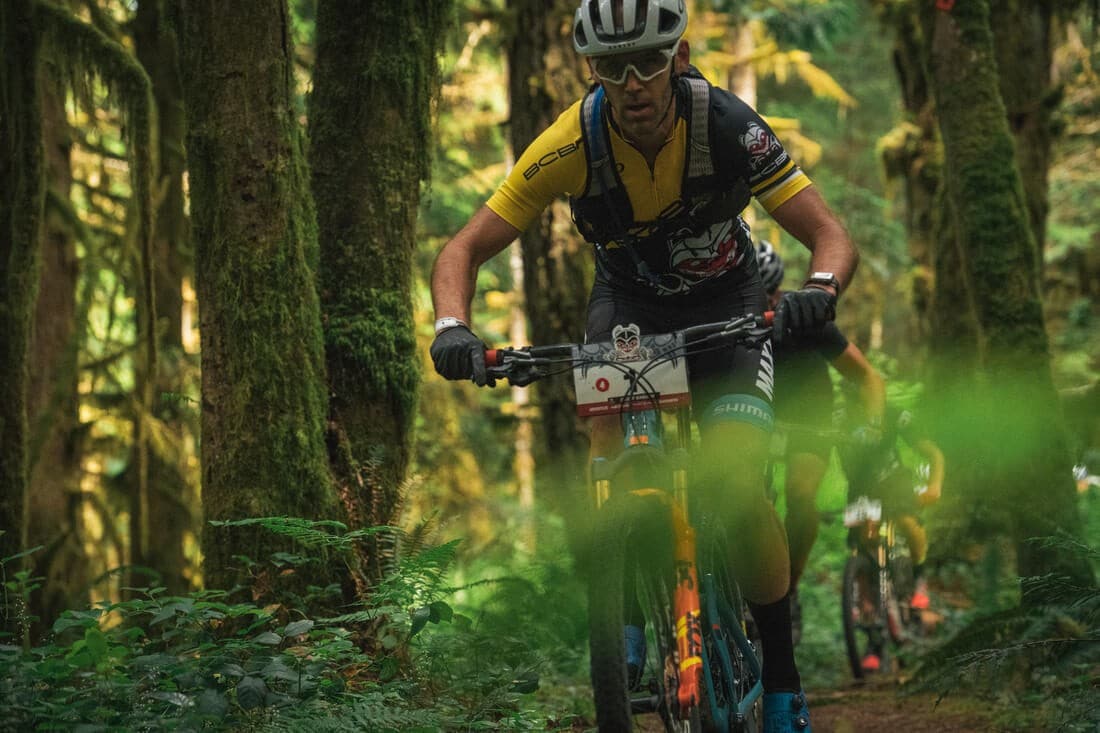 Stage 5 featured a point to point race from Sechelt to Langdale. It was a grueling day on the bike with over 4,600ft of climbing in 30 miles. Kabush finished the Stage in 4th but held onto his yellow leader's jersey.

Stage 6 was a classic North Shore XC battle between Geoff Kabush and Francois Bailly-Matrie. Kabush powered to another Stage victory 30 seconds over the French Enduro racer. Team Shimano was on site to provide daily neutral support for all race participants. The final stage of racing finished in Squamish with a 36 mile, 5,500ft of climbing, loop through the iconic British Columbia mountain bike town. Kabush and Bailly-Matrie continued battling, with Kabush finishing the race strong with a 1-second margin to earn him the top of the podim. After 7 days of racing through the best trails B.C has to offer, Geoff Kabush earned himself the Overall title at the 2018 BC Bike Race. 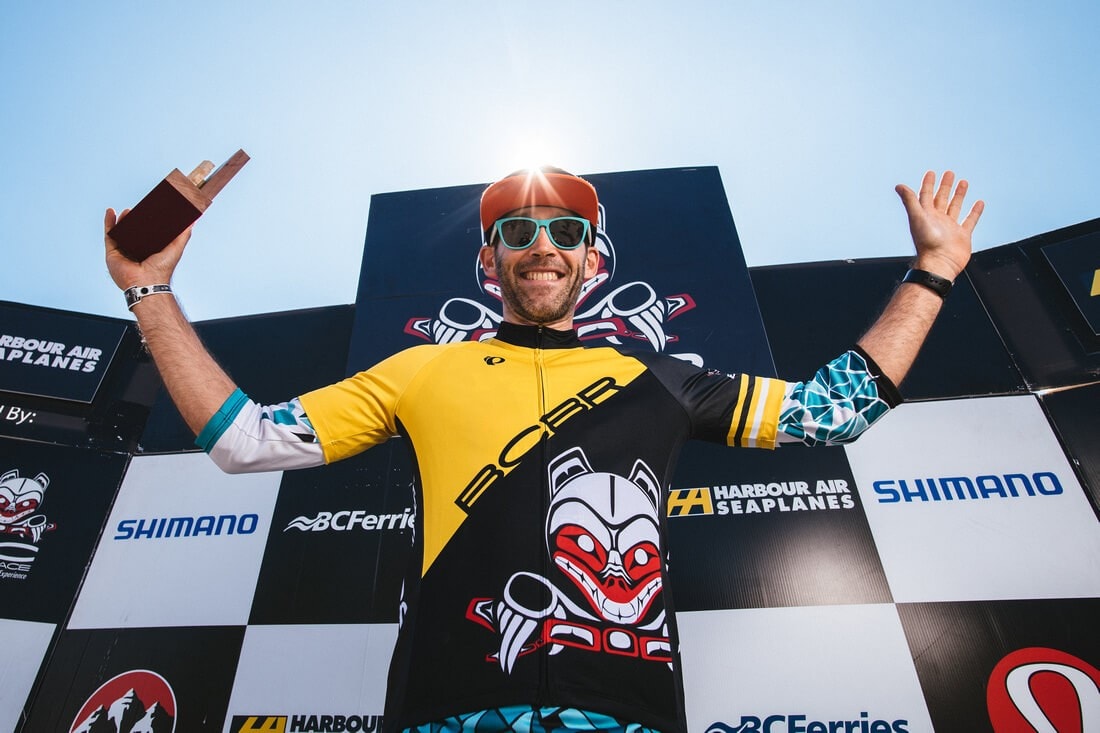 Make that back-to-back BC Bike Race victories for Geoff Kabush!