Since first arriving on the scene at the North American Handmade Bicycle Show (NAHBS) several years ago, No22 Bicycles has been crushing the award ceremonies. Each year they continue to distinguish themselves from the pack by delivering exceptional, well-conceived bikes as well as gorgeous booths to showcase the bikes during the show. And NAHBS 2019 was no exception. 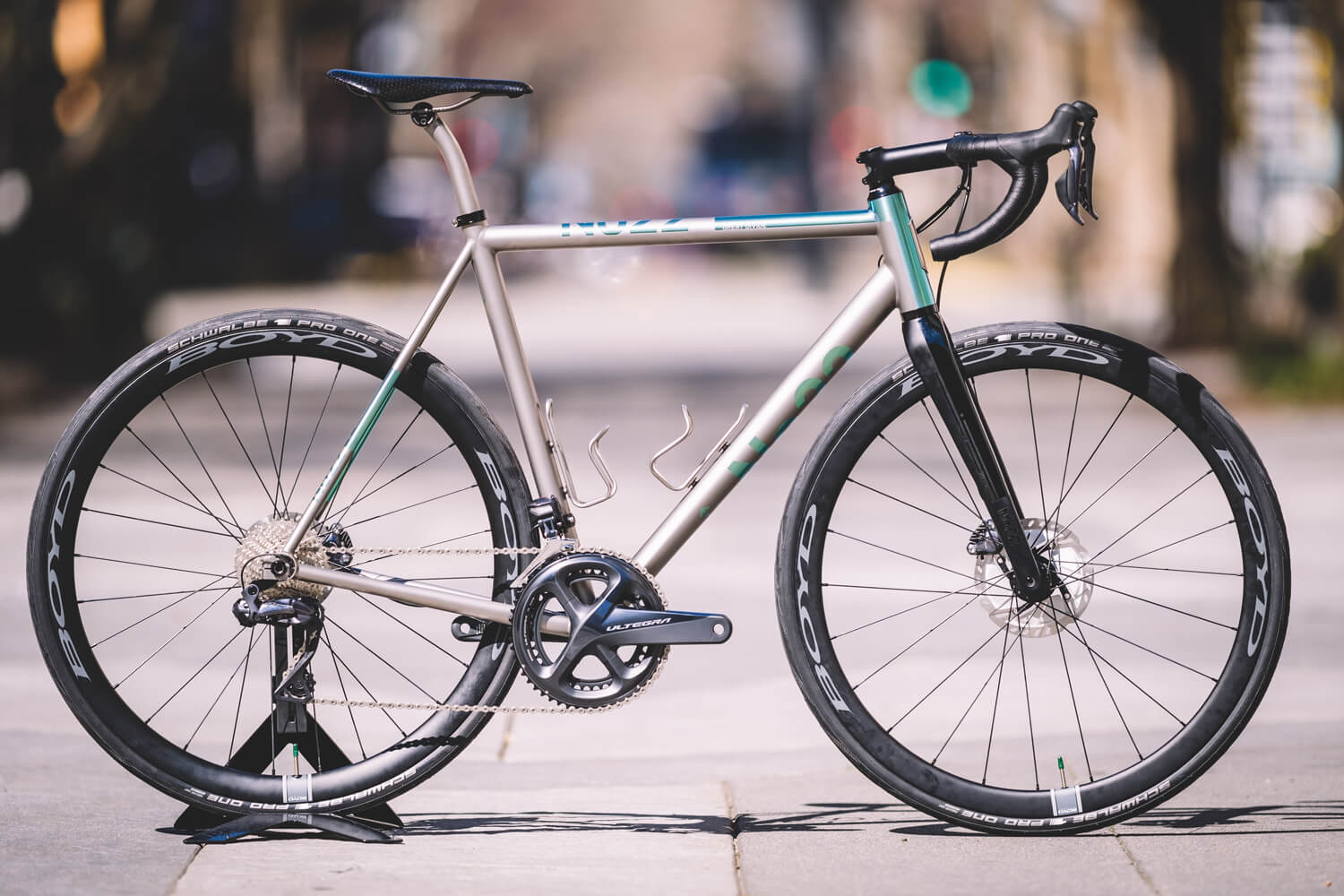 No22 delivered a tight package this year with three impeccable bikes that were all visually stunning. While a bike’s aesthetic is an important element of course, it’s even more important to me that the No22 bikes are legitimately shreddable. Like Daniel Craig’s tux in a Bond movie, the bikes are classy and ready for action.

At the show, I was drawn to the sleek lines and colorful anodization of No22’s Great Divide bike. As the company’s take on the modern road bike, this creation demonstrated how gravel bikes are changing the way bikes in other segments look and perform.

The bike has clearance for 32-35c tires and it has thru axles, disc brakes and can accept wide range gearing. While many of these items are simply spec changes on the surface, the geometry needs subtle tweaks to maintain the ride quality and experience. No22’s Great Divide bike delivers all-around performance without taking away razor's edge road manners. With the capable Great Divide design, No22 has created the ultimate split segment performance bike. With well laid out road bike geometry, the bike can also take on some light adventure simply by swapping tires. While many companies try and sell a quiver of bikes designed for every type of ride, No22 has the quiver killer. So, if you had to just pick one, only one, the Great Divide should be a top contender.