XTR M9100 Debuts with a Victory at Round 1 of the Big Mountain Enduro Series in Santa Fe, New Mexico!

Team Factory Yeti rider Richie Rude was one of two chosen Enduro riders to debut new XTR in North America. The original plan was to have Richie and top-ranked EWS Team Rocky Mountain rider Jesse Melamed on the new XTR racing in Santa Fe, but unfortunately, Jesse was injured during the most recent round of the Enduro World Series in Europe a few weeks prior to the launch. Rather than have the most coveted parts in the cycling world sit unused it was decided to let current EWS U21 points leader Duncan Nason who is one of Rude’s teammates to get the nod to run the parts planned for Jesse. The 18-year-old jumped at the opportunity and put in a great ride and finished 4th among top pros, further proving the capabilities of the new XTR. Both Richie and Duncan noted that they loved the new 4 piston brakes and the gear range and gear steps of the all-new 11 Speed 10-45 cassette. Rocky, dry and loose, is what met racers at the opening round of the Big Mountain Enduro Series in Santa Fe New Mexico. 4 stages with a variety of trails that included hard pedaling traverses through rocks and some “punchy” short climbs challenged all riders. Rude noted on his Instagram feed “Can’t believe how well the new 10-45 shifts under power, perfect for me”.

Thanks to the all-new Hyperglide+ you can shift under heavy load without the concern of that common jerk and pop found in previous systems. A special chain follows a totally new kind of shift ramp down the cassette, transferring power to the next cog sooner than ever before; The bike can shift perfectly smoothly allowing you to put down power without hesitation. This means smoother and faster shifting with less chance of chain breakage. Round 1 of the Big Mountain Enduro in Santa Fe, NM was the perfect place to introduce the new XTR - designed specifically for the needs of top Enduro racers. 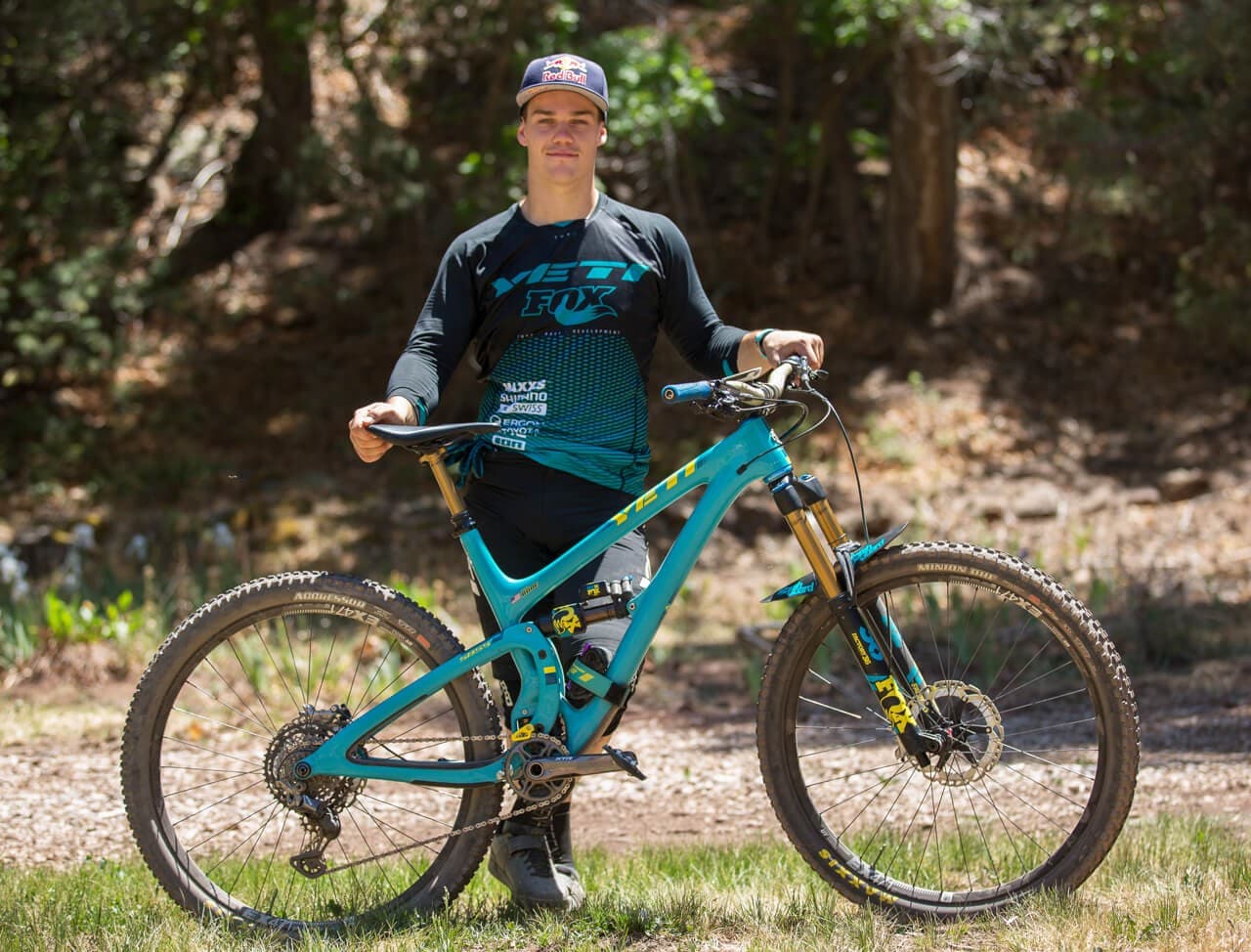 It takes a lot to get a smile out of Richie, but the new XTR did the trick. 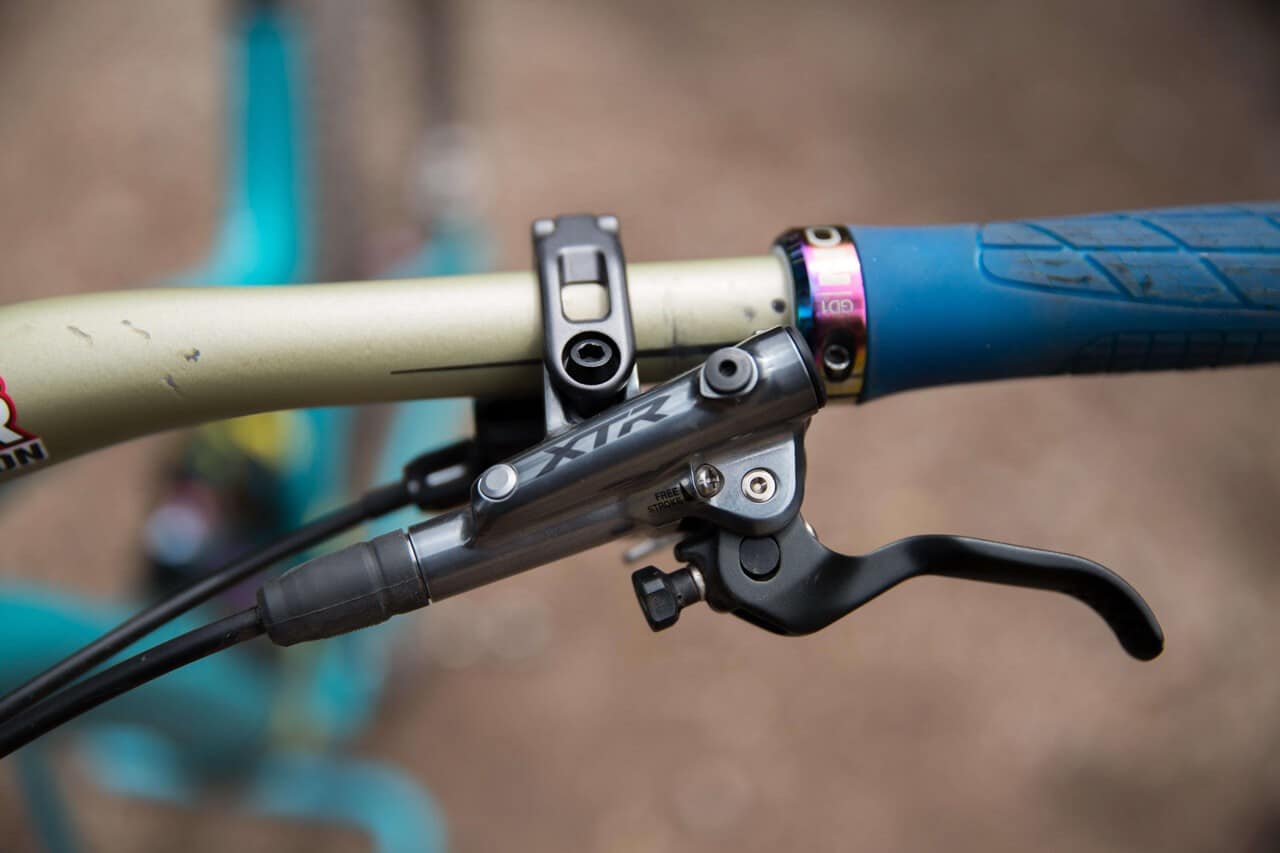 An exciting development for Enduro racers is the addition of 4 Piston brakes (BL-M9120) to the XTR line-up. With 10% more braking power, the XTR M9100 4 Piston Hydraulic brakes are designed for the toughest enduro trails out there. 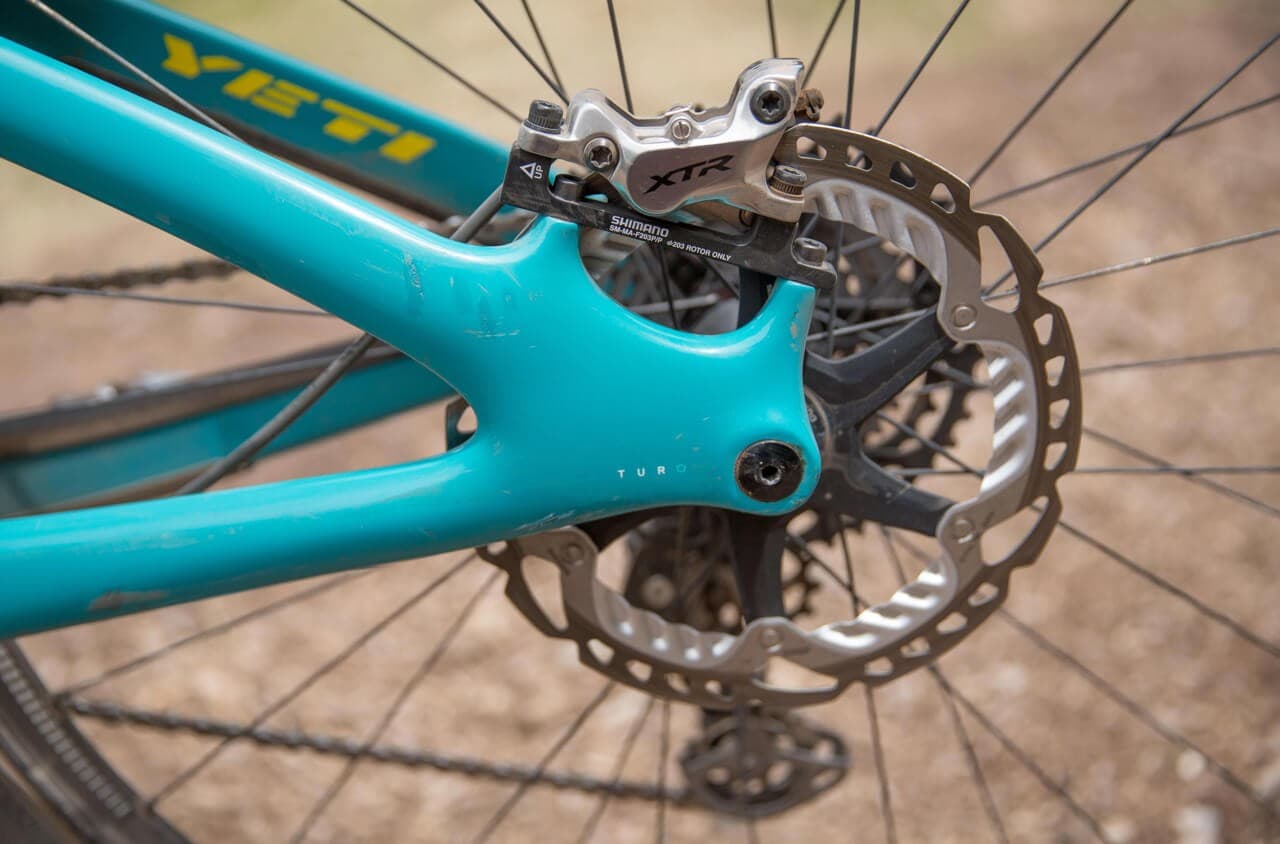 The fastest cockpit ever, with 20% quicker lever access time and 35% less force needed the new XTR Shift Lever also features a 2-way release for instant push/pull movements allowing you to react to changes in the trail quicker than ever. 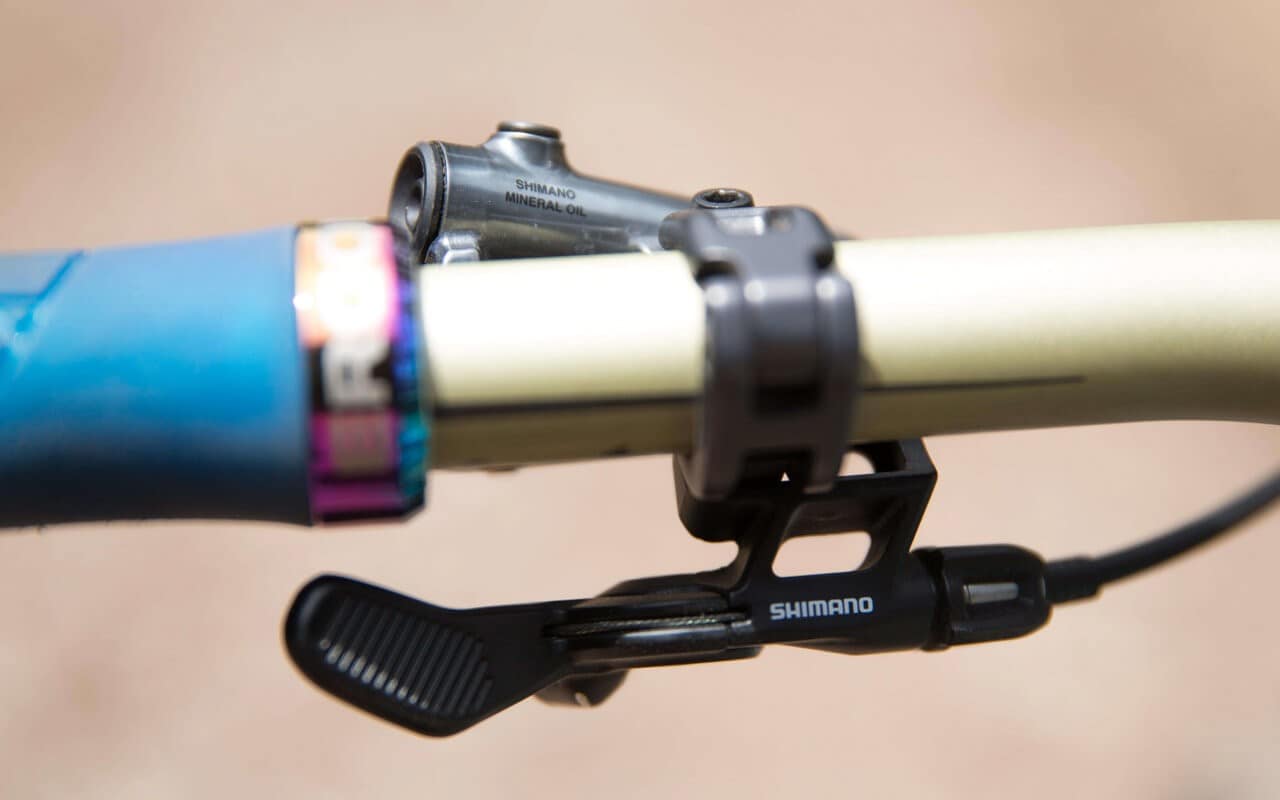 With the addition of the new XTR M9100, we introduced our first-ever seatpost dropper remote featuring ideal ergonomics with a short throw, quick-action lever. 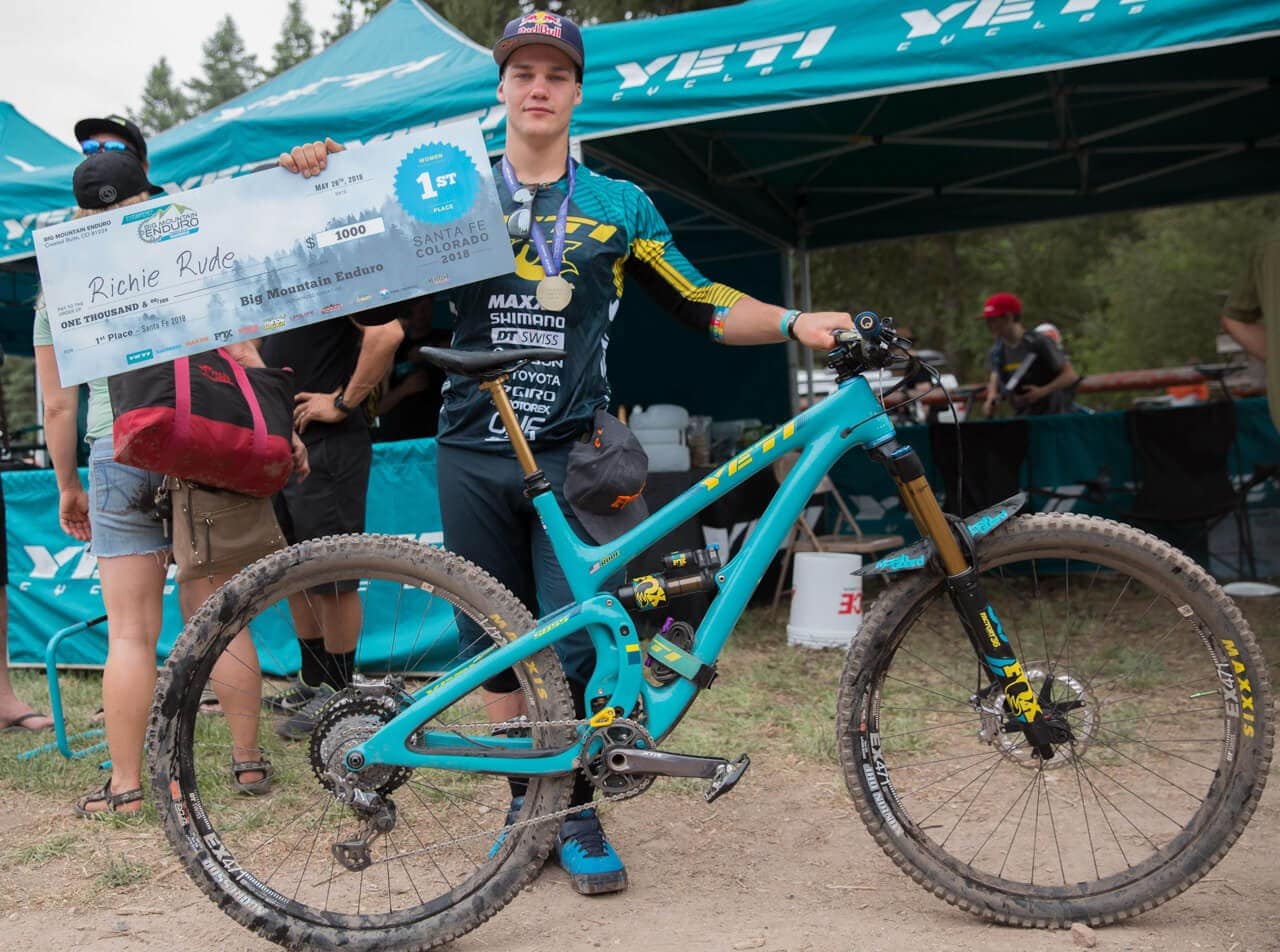 Richie blazed through Round 1 of the BME winning three of the four stages. 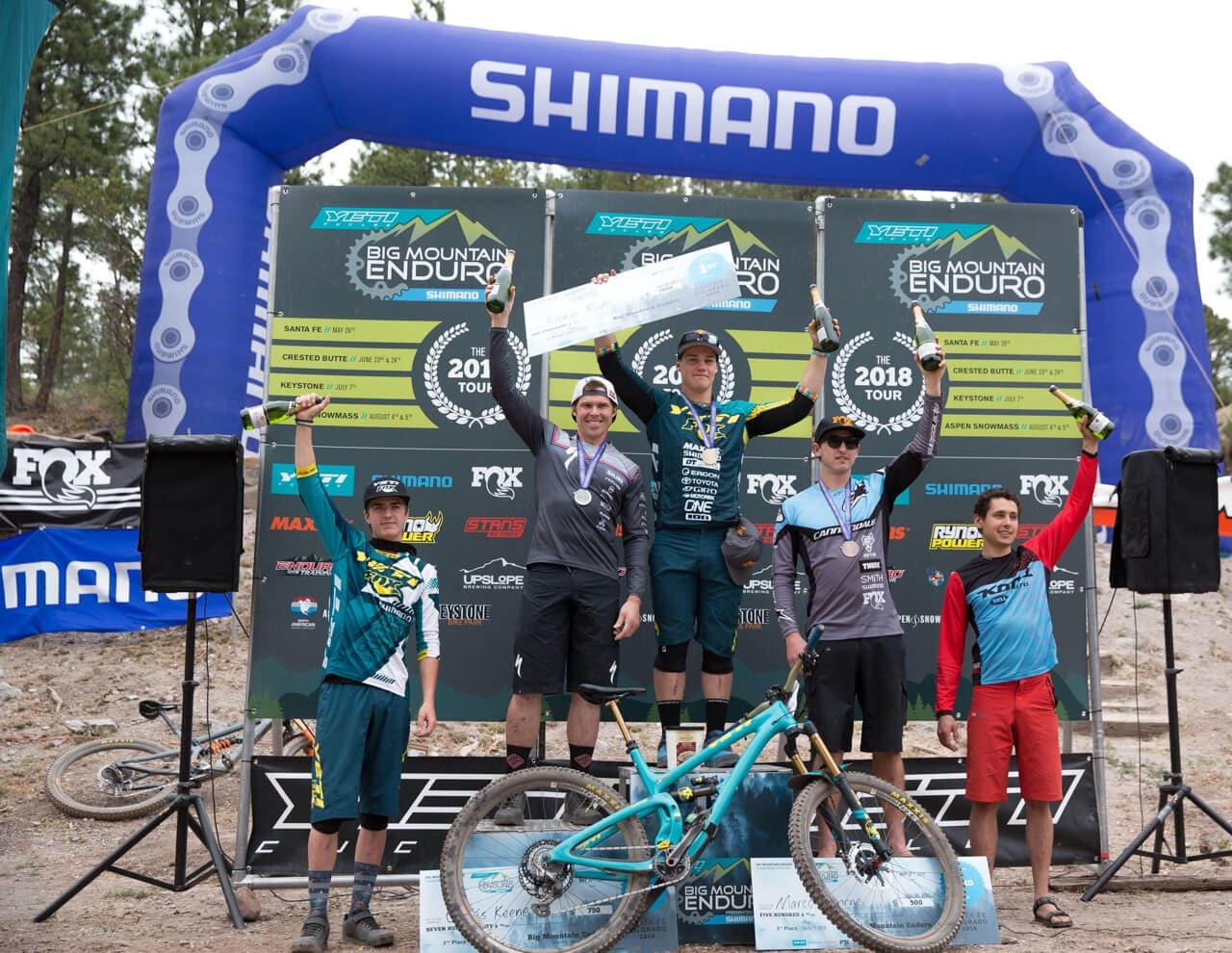 Richie earned the first-ever podium for new XTR M9100 in North America winning Round 1 of the Big Mountain Enduro in Santa Fe, NM