BMC Racing defended their Team Time Trial title in their home country by edging out their rival Etixx-Quick Step by just 11.35 seconds. City roads and twisting turns were not the only technical differences from recent years courses, as Richmond's Team Time Trial course was just 38.8km as compared to 57.1 in 2014 and 57.2 in 2013.

Although it was a close race for the top 4 teams, BMC Racing Team led through every time check point to defend their championship title on home ground. 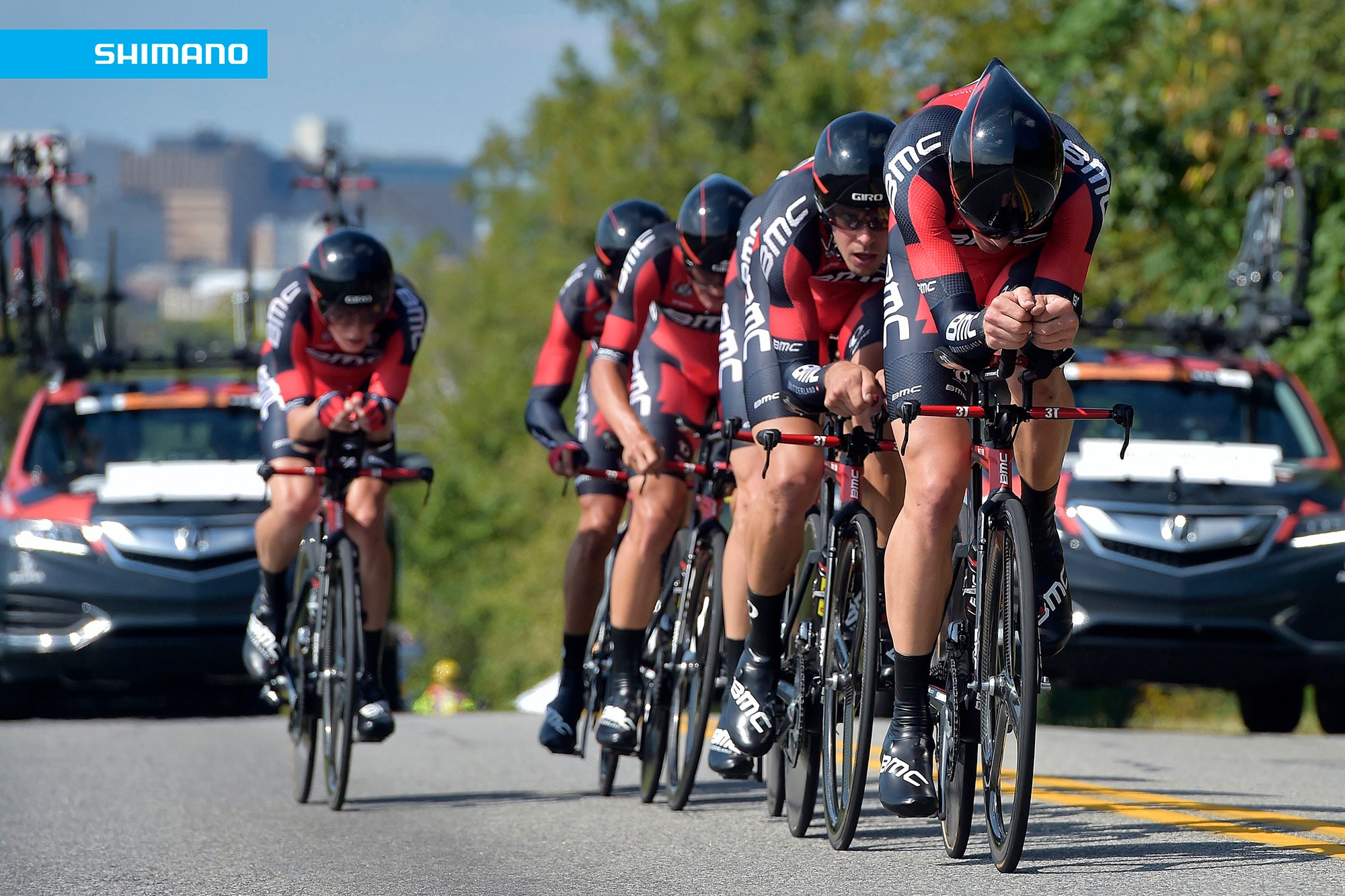 Shimano is proud to be a sponsor of 4 of the top 8 teams in the Men's Elite Team Time Trial, including the World Champion BMC Racing Team. 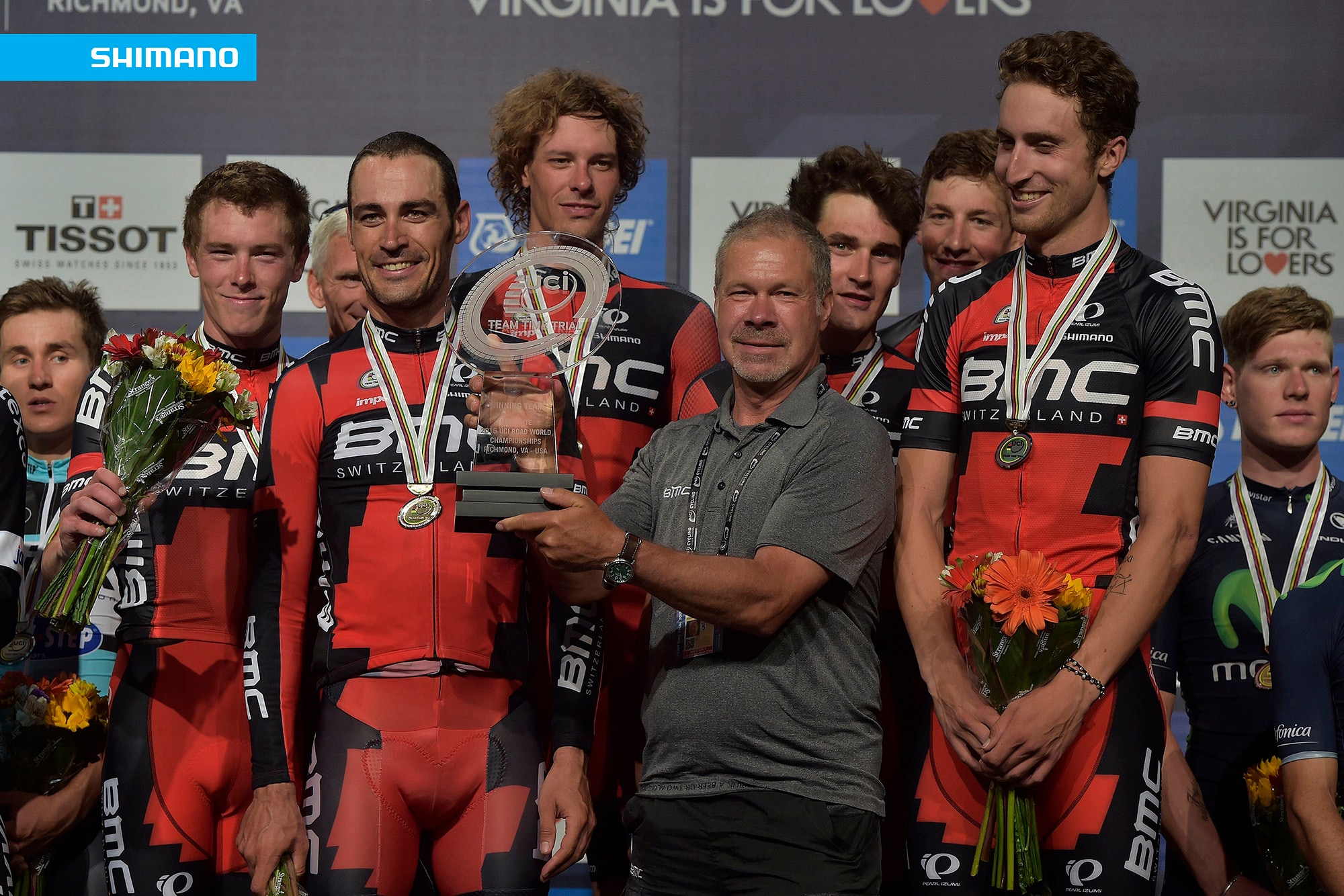