Custom frame builders are some of the most dynamic and interesting folks in the cycling industry. They’re constantly morphing designs and ideas to meet the demands of their customers and to accommodate the ever-changing standards of bike industry. The quality of a frame builder isn’t measured by the paint fades or custom anodizing on the bikes they build, rather the integrity of the build and the ride quality the customer receives. Every so often there is a builder that takes this craft to a whole new level. They are a builder who listens to the customer, learns just how that rider plans to use their bike, and then builds an amazing machine that surpasses all expectations. 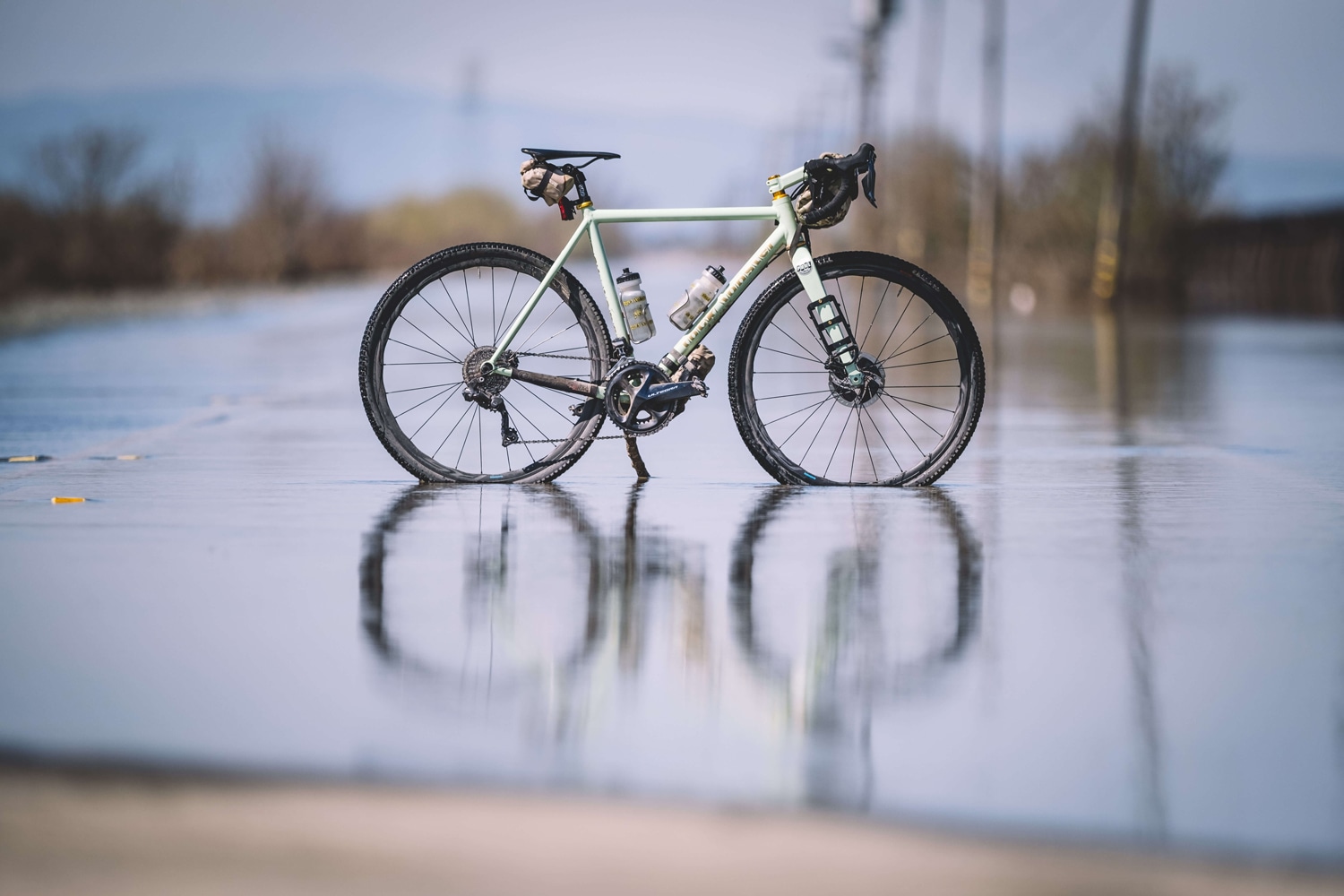 Paul Sadoff of Rock Lobster is that builder for me. I’ve worked with Rock Lobster on multiple custom frames that have transformed (like myself) from race-bred cross bikes to more capable adventure rigs over the years. My first experience with Rock Lobster bikes came in the form of custom cyclocross frames and these were impressively responsive and explosive out of a tight corner - qualities to be expected from a builder whose business is building ‘cross race bikes. But over time, I stopped racing every weekend and instead found myself heading out into the wilderness for solo adventures. My race bike, with its lack of bottle mounts and cantilever brakes, wasn’t the tool for the job anymore. 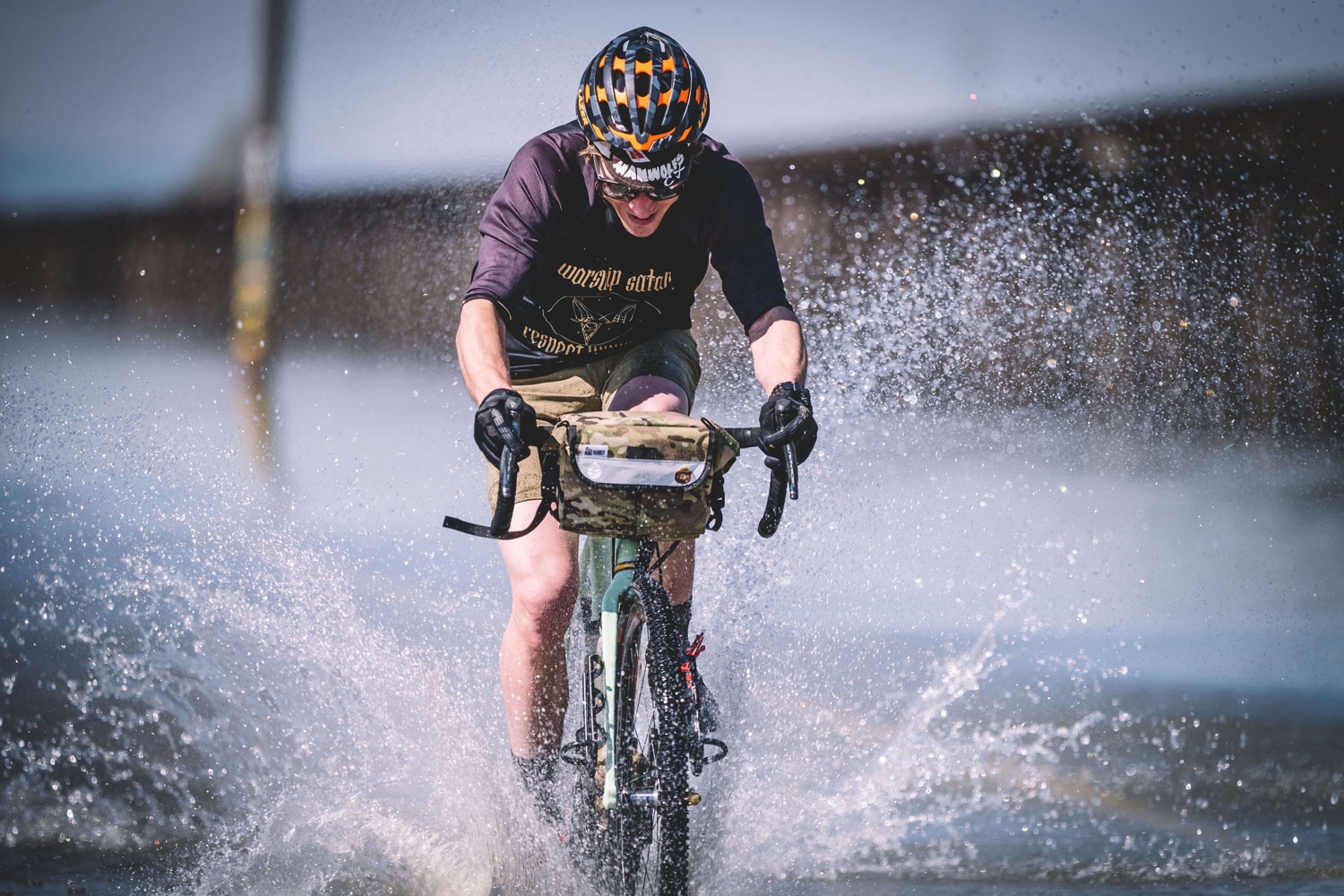 When I turned back to Paul to build me an adventure rig, the process wasn’t what I was expecting. He didn’t need my measurements because he simply dug out the original drawings of my old cross bikes. He also didn’t ask me what angles I wanted or what bottom bracket drop I preferred. All he did was ask me how and what I wanted to ride. So, I gave him a tall order. I said I wanted the bike to feel like a mountain goat when climbing the loose, steep gravel roads of the Pacific Northwest. But I also wanted it to be stable and confidence inspiring when I turned around and pointed the bike straight back down those twisty switchbacks. Once the specifics were decided, Paul went to work creating my custom adventure dream bike. When it was ready to pick up, I flew down to Santa Cruz where Paul had the frame and fork in a stand just waiting to be built up with a fresh pile of parts next to it. I was excited to spend the day in the shop, working side by side with him, assembling my bike while he cut tubes and welded up another order. It was a unique opportunity to be part of the shop, part of the frame building process that was just used to create the dream bike in front of me. When our building and welding was finished for the day, we locked up the shop and headed out to the surrounding trails to take my bike on its first ride. Riding next to Paul on the bike he just finished for me will always be one of my favorite rides to remember.

In the end, the bike is flawless. I had a few simple requests with a couple ride qualities and features and Paul seemed to weld those attributes right into the tubing. The bike is sure footed on steep and loose terrain, making it obvious that the only thing holding me back on these climbs are my legs. When it came to descending performance, this bike delivered in spades. It was almost as if this project allowed Paul to take his years of building cyclocross bikes and mountain bikes and merge them into one. The bike devoured steep roads and trails like a kid locked in a candy store. Yet every time we pointed downhill, the bike seemed to yell “Let’s go for a rip!” Never mind the drop bars and horizontal toptube, I could swear I was riding a mountain bike. My Rock Lobster adventure bike and the whole bike building experience is why time and time again I call Paul with my crazy ideas. I prize reliability over flair and Paul will be the first person to admit that he doesn’t go to NAHBS (the North American Handmade Bicycle Show) with show ponies made just for looking at. His bikes are made to ride, to put mile after mile after mile into. They’re the bikes that we take out on adventures and that will bring us home with a smile plastered across our face