HOME > INFORMATION > NEWS > This is the S-PHYRE "Aurora"

This is the S-PHYRE "Aurora"

From the land that dreams of the Aurora. The Aurora is not visible from the far Eastern land of Japan.

Thus comes a longing for the mysterious glow in the night sky. From long time ago, craftsmen have created traditional works and developed techniques that attempt to bring the colors of the Aurora to life and many of these still remains today. 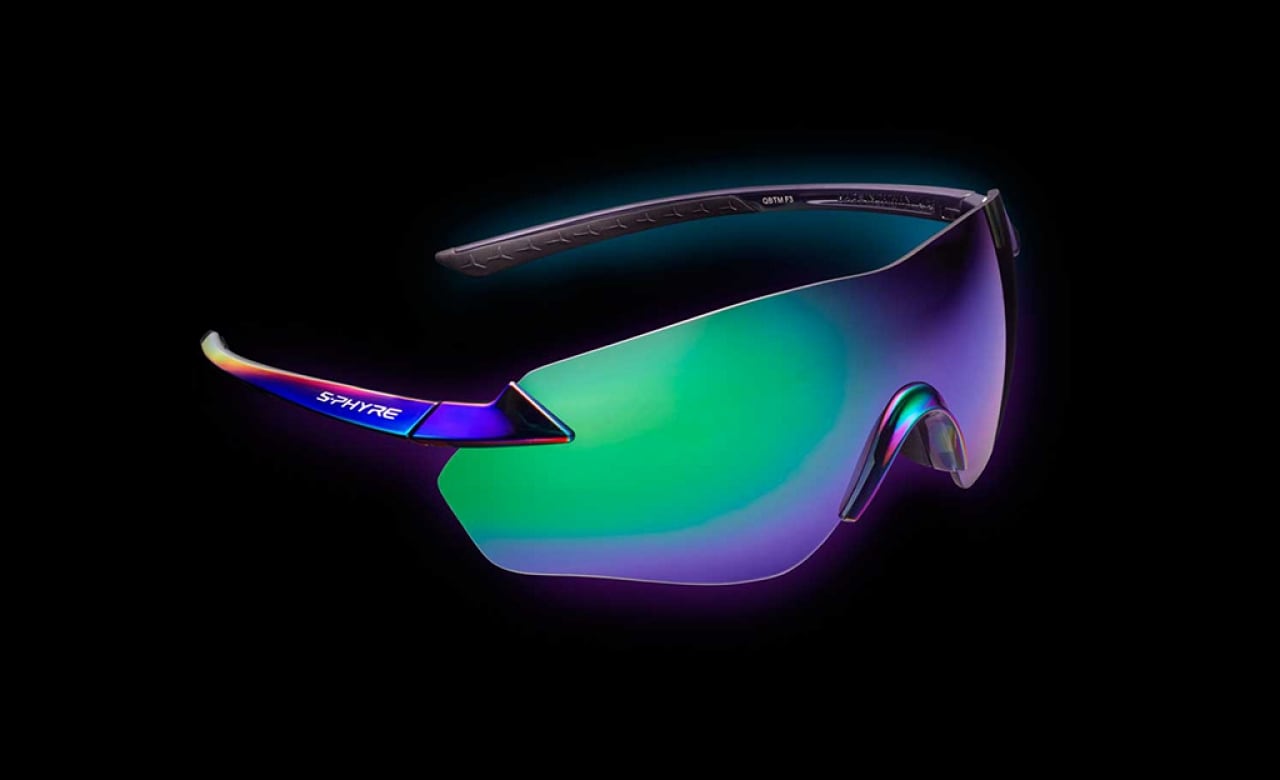 Now hundreds of years later, Shimano designers use S-PHYRE to revive that brilliance. This is the S-PHYRE “LIMITED EDITION”

Blue, then Purple and then Green. An extraordinary pair of shoes that shifts in color depending on the light and the angle. With a serious coolness exterior and a hidden side of Passion and Enthusiasm. 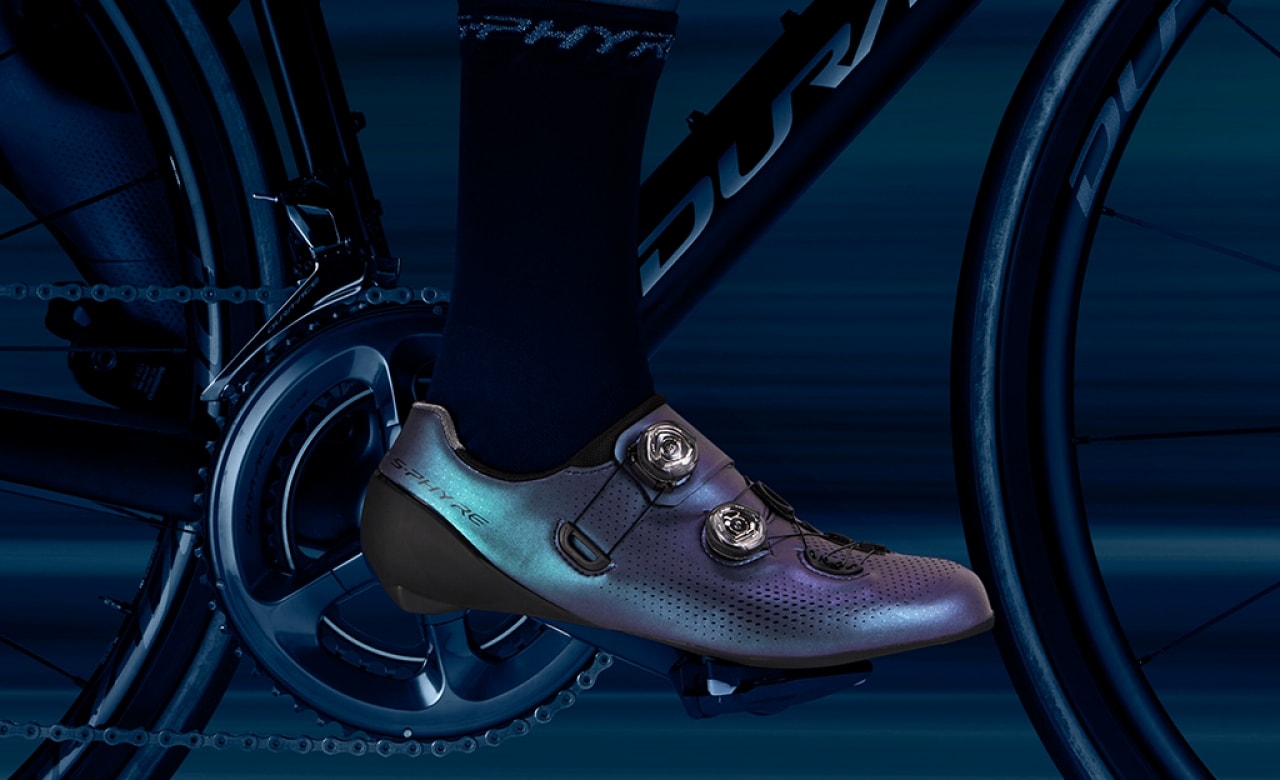 This is the Philosophy of S-PHYRE. With “Aurora” on the feet of a rider, pushing his limits he stands out in the peloton and is the focus of attention.

The glowing color of the “Aurora” depends on you. We’re excited to release the limited edition S-PHYRE shoes and glasses. Footwear and eyewear created for those desiring beauty as well as speed.

Just a couple hundred pairs of the new Aurora S-PHYRE RC9 shoe will be available in North America, including the seven pairs seen on the feet of Team Jumbo-Visma at this year’s Tour Down Under. Complementing the footwear is the wide one-piece optimally Polarized lens and the ultra-lightweight frames of the new S-PHYRE R limited edition. 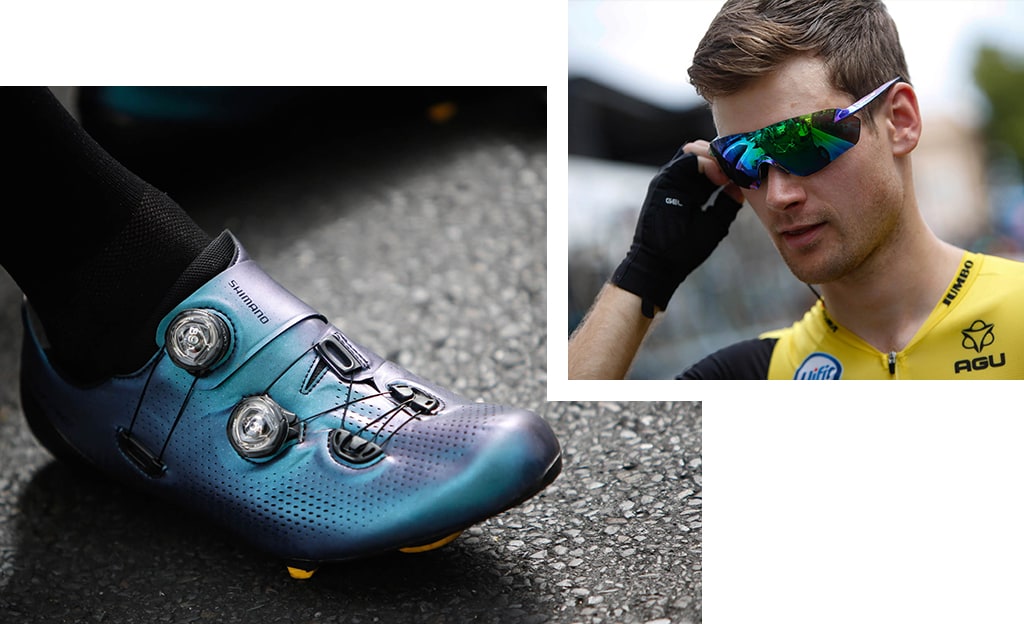 The Aurora S-PHYRE RC9 shoes weigh 232g and are available in sizes 36-48 (including half sizes and wide fitting options). S-PHYRE eyewear  limited edition weighs a featherweight 25.6g. Both footwear and eyewear will be available at selected Shimano S-PHYRE dealers in February 2019.