In it's second year, Trans-Cascadia returns to the backcountry trails and small towns of Cascadia, USA. 4 days of blind-format racing through the wilderness on primitive single-track combined with gourmet food and social activities provided by the hosts make for an epic race experience for amateur and professional racers combined.

Earlier this summer in preparation for the race, MODUS Sport Group and trail volunteers, including Kyle S. from Shimano's OEM Team set out to help build and maintain the trails of Trans-Cascadia. Check out the story from Kyle's perspective here > Trans-Cascadia Build Party

After 5 Stages of racing on Day 1 Chris Johnson of the Nomads MTB team leads just 4 seconds ahead of Geoff Kabush of SCOTT-3Rox Racing. Defending Champion Aaron Bradford of Evil Bikes sits in third place. A succesful first day of racing for our Shimano athletes! Day 2 at Trans-Cascadia was an exciting one that had racers straight-lining through a scree field, dropping into two blind stages by shuttle, and moving basecamps closer to Oakridge for the night. 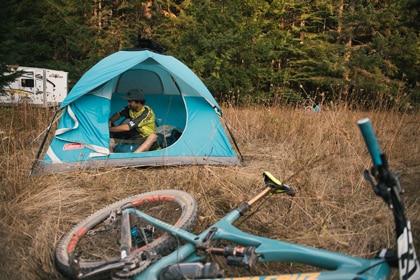 Chris Johnston is happy to be back at basecamp after a long day battling with Geoff Kabush.

Day 3 of racing covered a lot of ground, saw some rain, sleet, and snow - and included courses that were opened as a direct result of work done by the crew at Trans-Cascadia. At the end of the day the racers were tired, but happy while eating S'mores around a roaring campfire. 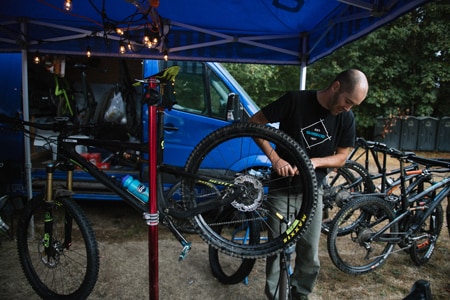 Day 3 Trans-Cascadia leader Geoff Kabush tuning up his bike before a big day of long stages.

Day 4 wrapped up 2016 Trans-Cascadia! Racers found some of the coldest weather conditions of the event as they liaised across an exposed ridge at 5,500 feet, but all arrived back to basecamp basking the glow of their accomplishments. 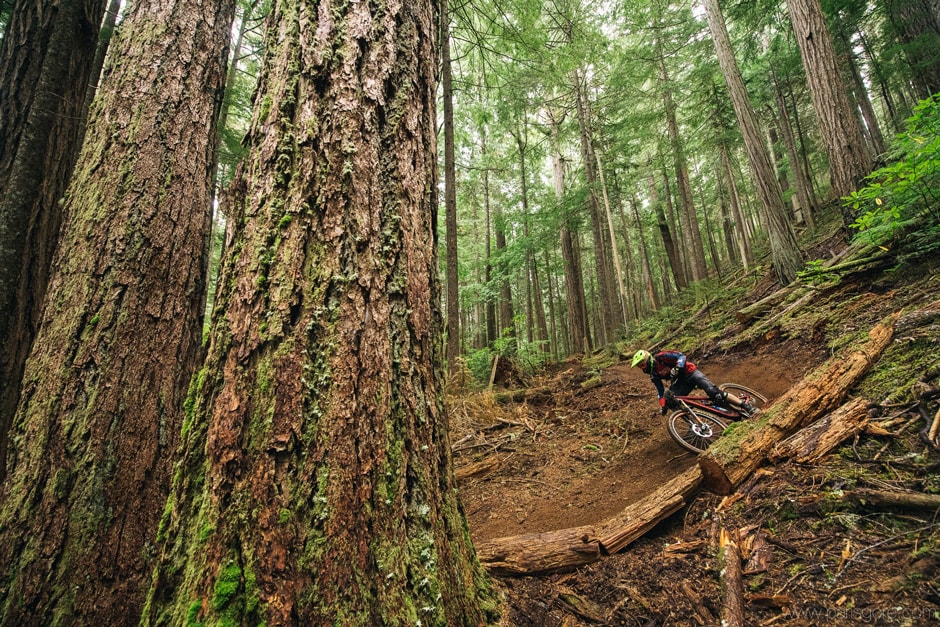 Geoff Kabush won the 2016 Trans-Cascadia overall with a 1 minute lead over second place. "I just wanted to come down and have some fun! These guys put on an awesome event in a really fun place to ride. All photos by Paris Gore & Trans-Cascadia.